Known for prolific and impactful installations that address contemporary issues including those related to human rights, Ai Weiwei has created a multi-faceted sequence of large-scale site-specific installations and urban interventions throughout New York City. Good Fences Make Good Neighbors (on view till 11 February 2018) was developed in partnership with the Public Art Fund – marking its 40th anniversary –, the City of New York, and various industry partners. Employing the metropolis as an apt canvas of awareness – conscious of its rich tradition as a bastion of progressive thought and action – the Chinese artist looks to address the increasingly serious refugee crises and in turn puts his thumb on the state of global affairs.

Developed with UAP (Urban Art Projects), the Arch installation at Washington Square Park twists the role security walls play around the world. Addressing the powerful role the public agora has maintained throughout history, the barricade installation is pierced by a human-like silhouette void. Uptown, in the massively visited Central Park, Gilded Cage might appear to also reference division but in fact pays homage to the vast green’s culturally textured history and continuous function. Through out the park, one can find monuments of heroes including Balto and John Lennon. Ai Weiwei’s installation provides a sharp contrast.

Within a series of heavily employed bus shelters, the artist is presenting the theme head-on by mounting 100 provocative documentary images of forced displacement. Such instigations take the role of public art a step further; integrating a cultural medium that is often seen as elitist or exclusive into democratic contexts that are widely accessed. 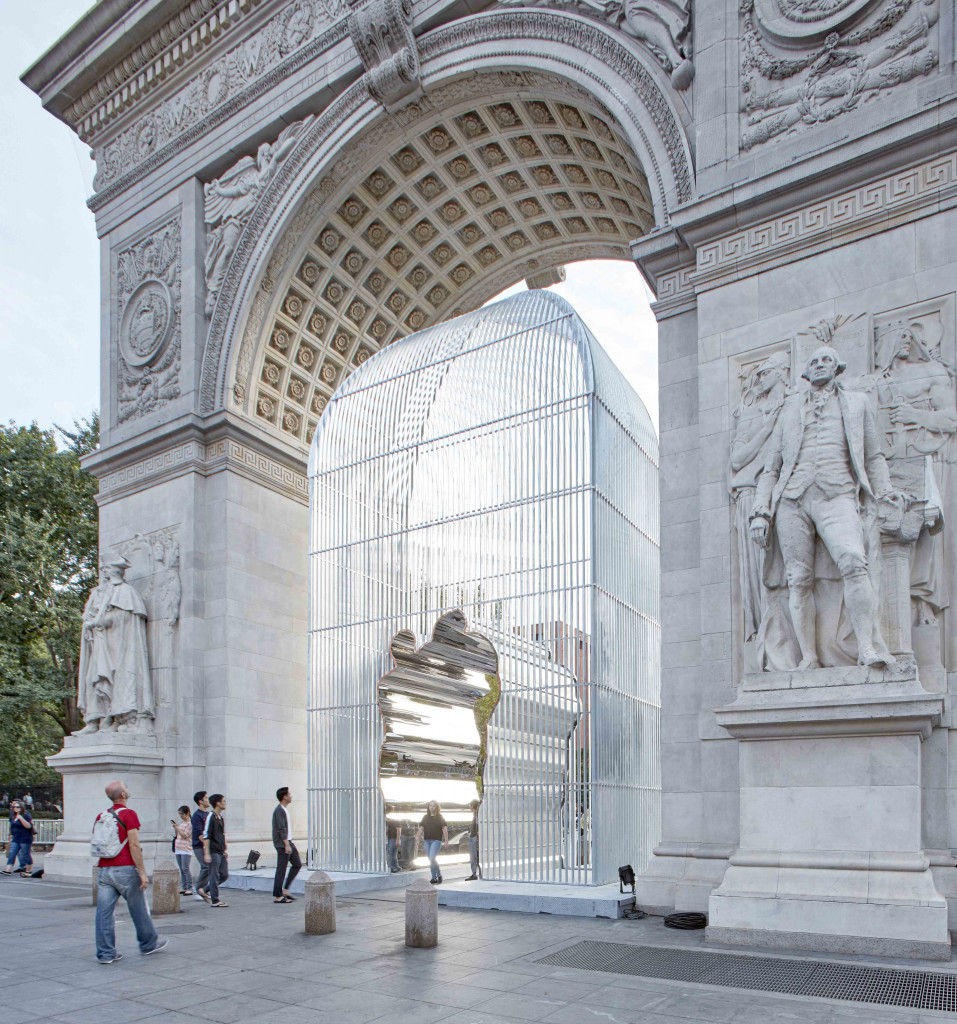 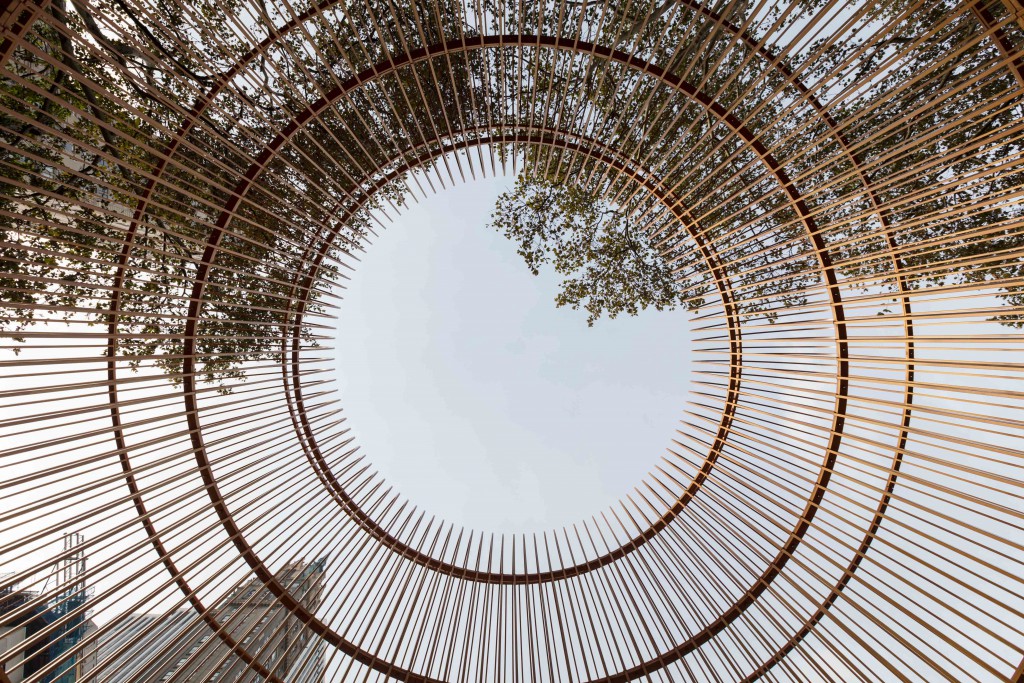 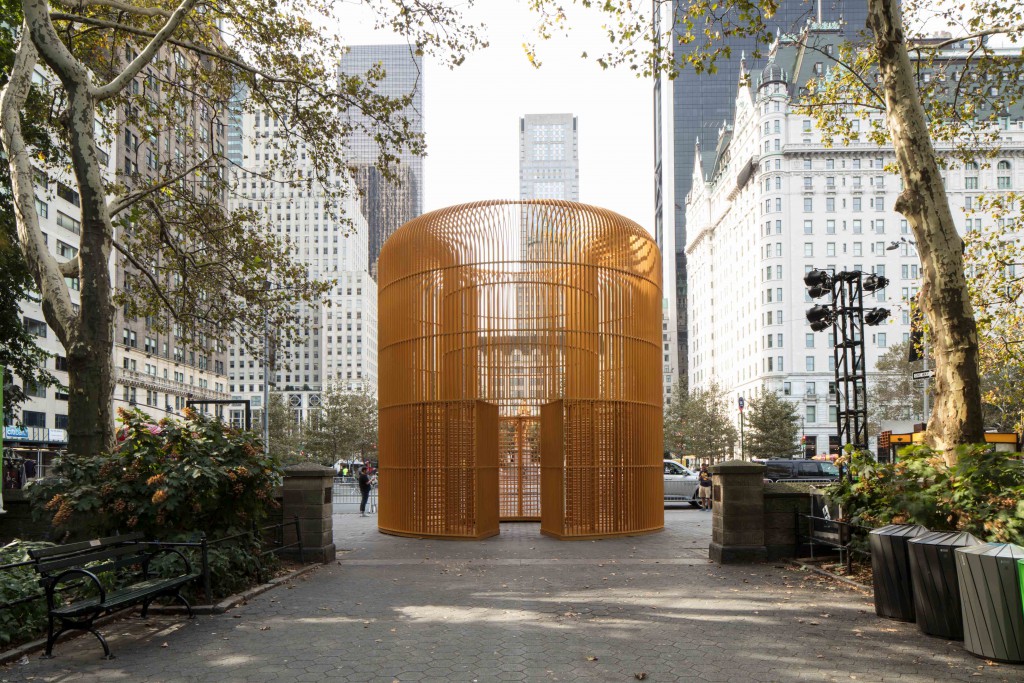