As a child, Beauty Ngxongo used to weave simple doormats and placemats from the ilala palm growing abundantly in the rural area where she still lives in South Africa’s KwaZulu-Natal region. Weaving was a skill most women in her Zulu community took for granted at the time, each generation passing its experience down to the next. As she matured, so too did her craft, and she began making elaborately patterned baskets, dyed with berries, roots and bark. These products were fulfilling a need to store grains and fetch water from rivers in the very remote rural region where her community is based.

Ngxongo, now 67, has over her lifetime witnessed how the introduction of plastic containers and cheaper industrial methods of production have lessened the demand for her line of work and made it an unreliable source of income. “It’s difficult to find buyers who believe in our craft and are interested in the work we put into it. Some just exploit it.” She says that such negative experiences have caused a lot of women in the community to give up. “They don’t get enough rewards to change their livelihood, and so younger people aren’t either interested because they don’t see any benefits.” She points to weaving being a time-consuming occupation that is not ‘cool’ enough for Millennials to pursue. Ngxongo’s work, however, has been lauded around the world as collectable art. Her basketry has been displayed at the Smithsonian Institute and The Metropolitan Museum in New York. But despite such archival reverence, the relevance of her craft in contemporary culture has dwindled.

The Renaissance of a Traditional Weaving Technique

The Hlabisa Bench, named after the town where Ngxongo and her fellow weavers live, is an undulating bench that references the rolling hills of that part of South Africa.

“This was an opportunity to preserve a traditional craft and bring money to a poverty-stricken community,” says Wilson. What the Hlabisa weavers had previously thought could only be done in round basketry forms has been adapted into a weave that encompasses the entire back rest of the bench.

“This project challenged me to work on furniture,” says Ngxongo, “and helped me merge my historical skill with new technology, which is something I never thought I could ever do.”

Ngxongo, who uses very distinct patterns and geometries in her weave, had to travel during the project and left it in the hands of fellow local weaver Ma Ntuli, whose signature style is very different. “That’s part of the story,” says Mjo, a designer set on cultivating a modern South African design aesthetic by melding traditional crafts, culture, heritage and storytelling with technology. “It talks about the handmade. It’s not perfect, and that’s okay. Just because we no longer need to weave baskets to store water doesn’t mean that there’s no need for the skill. Yes, you can buy a factory-made bench, but the Hlabisa is filled with stories of connection. It has an element of soul.”

“I wish that I had learned this before,” says Ngxongo of the myriad opportunities that her skill holds. “I would have diversified my craft and done many other things. But now all of the women who I trained and worked with while making this furniture piece have gained a new perspective on just how diverse and special our craft is. It’s always great to know that people still appreciate it.” 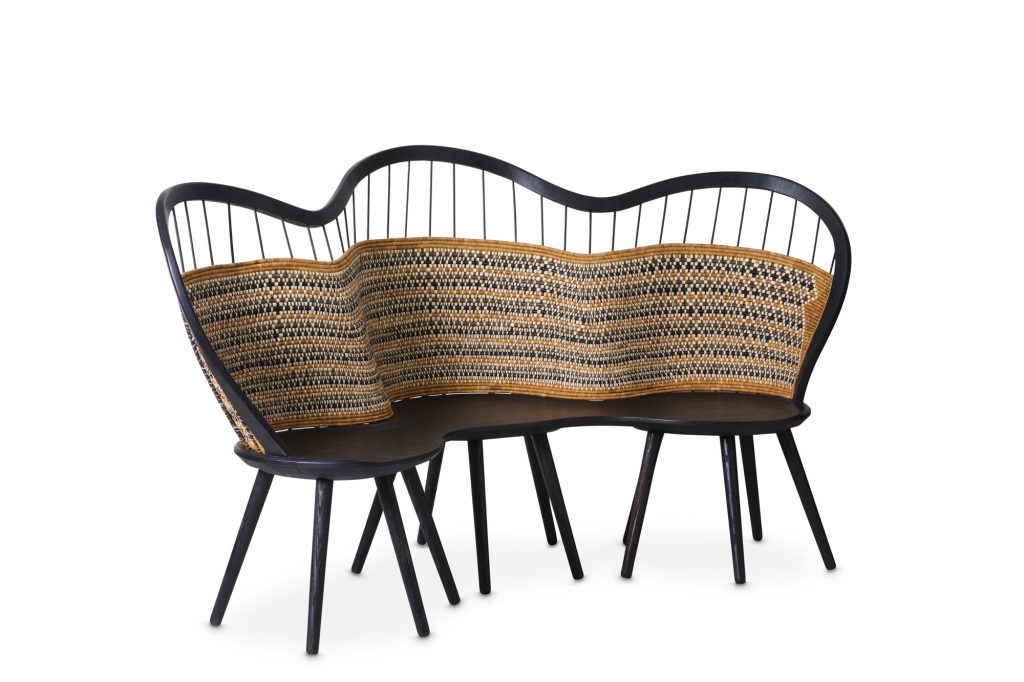 The Hlabisa bench made its debut at the Révélations International Fine Craft & Creation Biennial at Grand Palais in Paris last year. It has since been recreated with differently woven backrests. 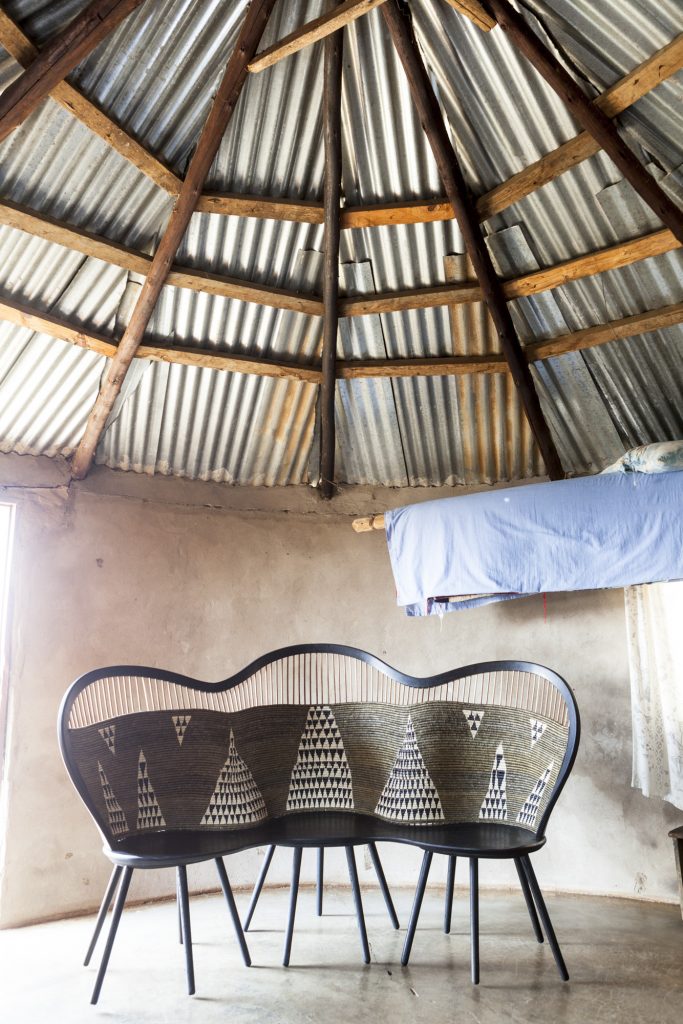 The undulating form of the Hlabisa bench is a reference the the rolling hills of South Africa’s KwaZulu-Natal province. 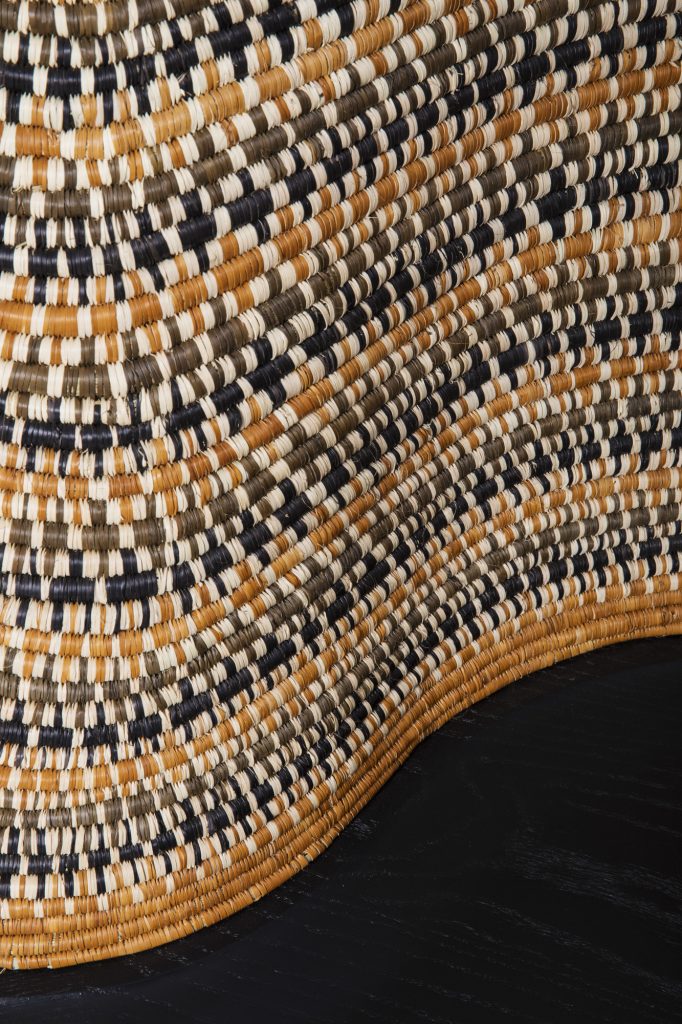 The backrest of the Hlabisa bench is woven by hand in a unique pattern. 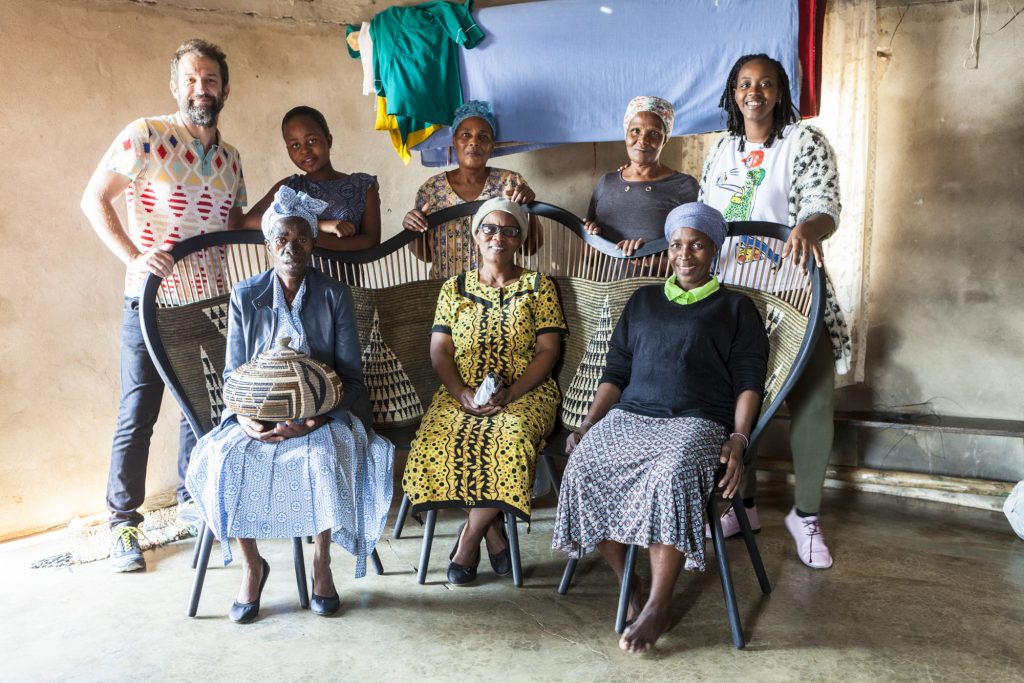 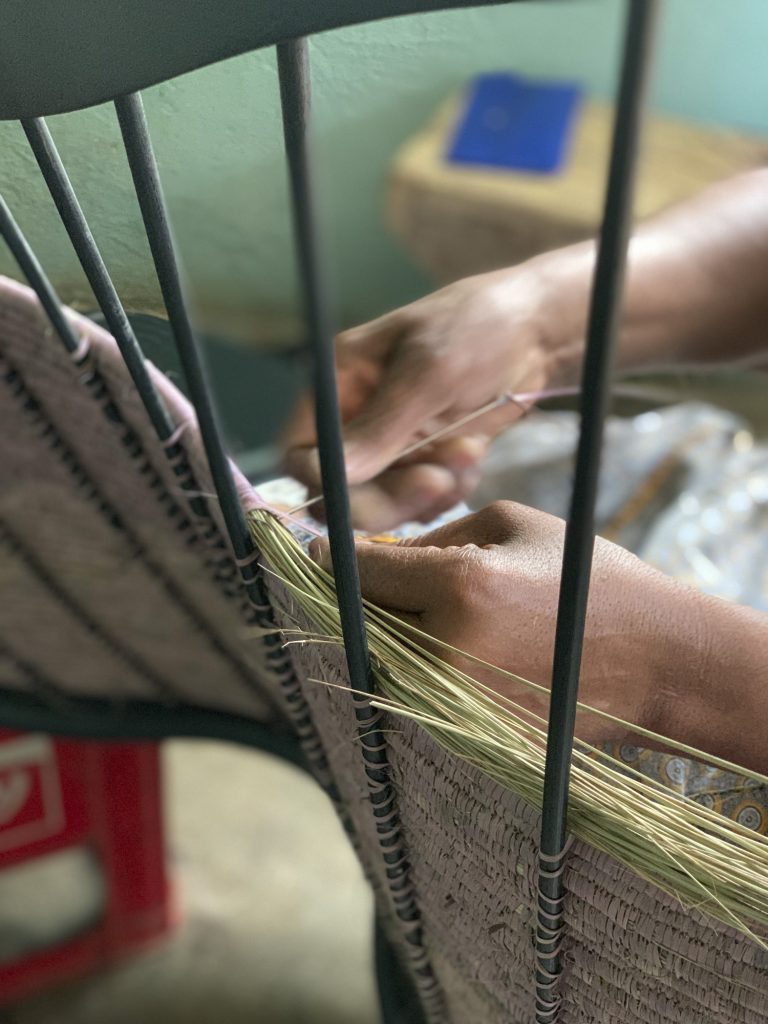 The Hlabisa bench was woven with local ilala palm. 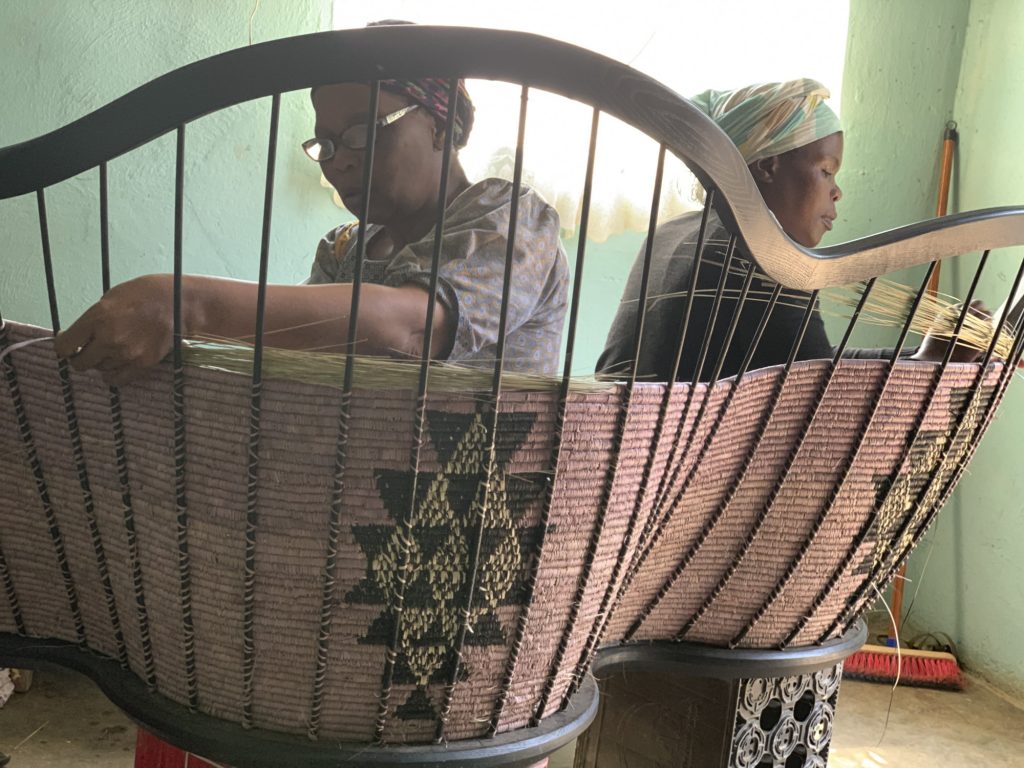 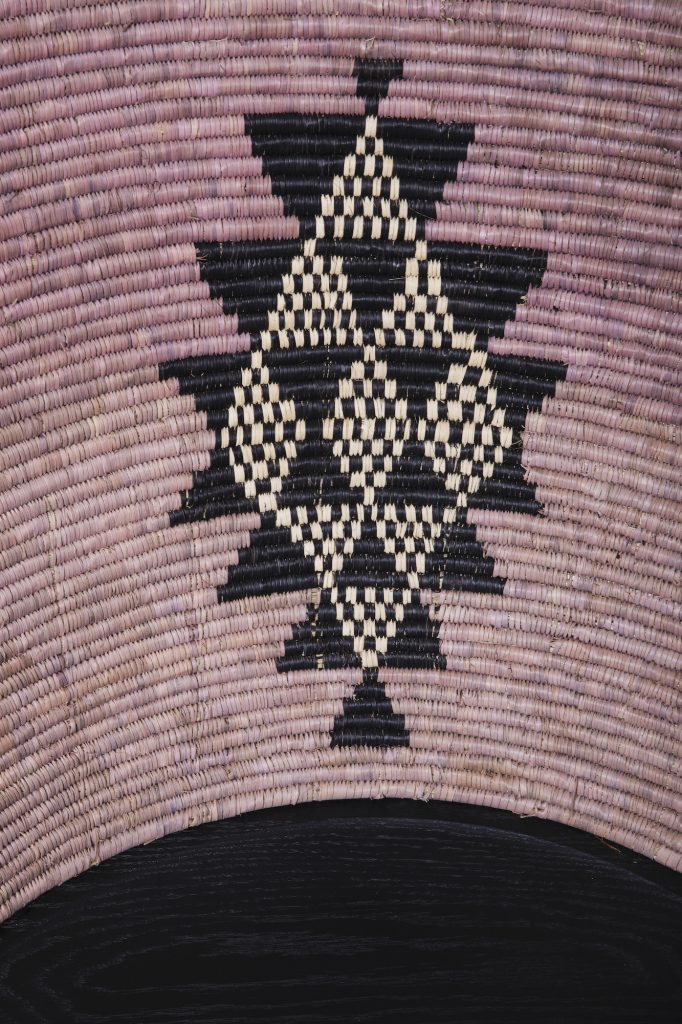 Every Zulu weaver has her own distinct style of pattern.
‹ Back