In his material-based and experimental practice, Carl Emil Jacobsen paints his organically shaped pieces with self-made pigments from locally sourced bricks and natural stones in light to burnt hues, his work speaks to all of our bodily senses.

In a language without words, Danish sculptor, Carl Emil Jacobsen, speaks to the senses and engages in a dialogue about colour materialised. Late Danish sculptor Willy Ørskov regarded sculpture as a purely plastic expression, peeled from narrative and connotations to let the sculpture exist on its own as an abstract, physical form. To Carl Emil Jacobsen, sculpture is what meets the eye. Irresistible in both colour and shape, his works float in the elastic boundary between nature and culture, art and design.

SELFMADE STONE PIGMENTS WITH A STORY

Experiencing a dissonance between the landscape he was inspired by and the homogeneous, industrially produced standard colours available in stores, Carl Emil began an intensive research into colour. This project led him to find stones and bricks in the Jutlandic heath, on fields, beaches and cliffs and from demolished buildings, which he then crushes and transforms into light, thin shells of fine colours: light yellow, ochre, terracotta, delicate pink, greenish or deep eggplant hues which at once seem recognizable and new.

“How does one experience colour? As a counterpart, I look to how form can support the perception of colour and the mere purpose of my sculptural shapes are to enhance and be the surface of a colour, let it unfold, squeeze or push it into a shade. Light and shadows are the figurative element, and I also work with the texture and gloss of the surface, and I am intrigued when the pigment lies matte and without any lacquer or glare, so one can really grasp the purity of a colour,” Carl Emil Jacobsen says. The form is freely modelled in fibre concrete to support the experience of colour and invites you to move around them, to sense the tones and nuances as the colours and the shadows, in particular, change depending on location.

THE QUEST FOR BALANCE

Challenging and pushing his materials to new forms and expressions, Carl Emil Jacobsen is on a constant quest to find a balance and a meaningful relationship between colour, shape, material and vision. His analytical, methodical approach stems from his background as an industrial designer, but other than a nod in the process, there is no functional design insight. “A traditional design process is built up step-by-step, where you start with a research phase that leads to some ideas, ending in a product. I turn the process upside down and start with the object first and let it lead to an idea. This approach has been very rewarding as it resolves a thoughtfulness and provides space for the unforeseen,” Carl Emil explains. That sense of reflection runs through every aspect of not only his artistic practice but his way of life. He finds that being in a kind of withdrawn isolation in nature provides room for immersion and concentration while strengthening his work in the creative process. “I use nature a lot in my process, not just as a free space but also as a basic condition in my practice. Nature is the great designer of things and I try to learn and understand form through nature,” he concludes. 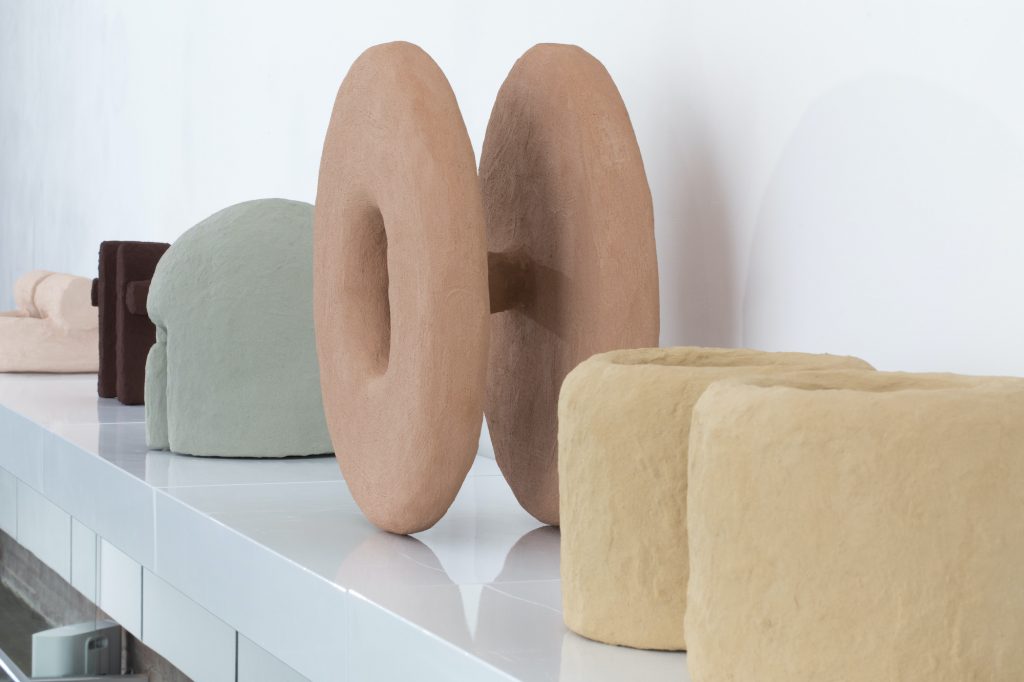 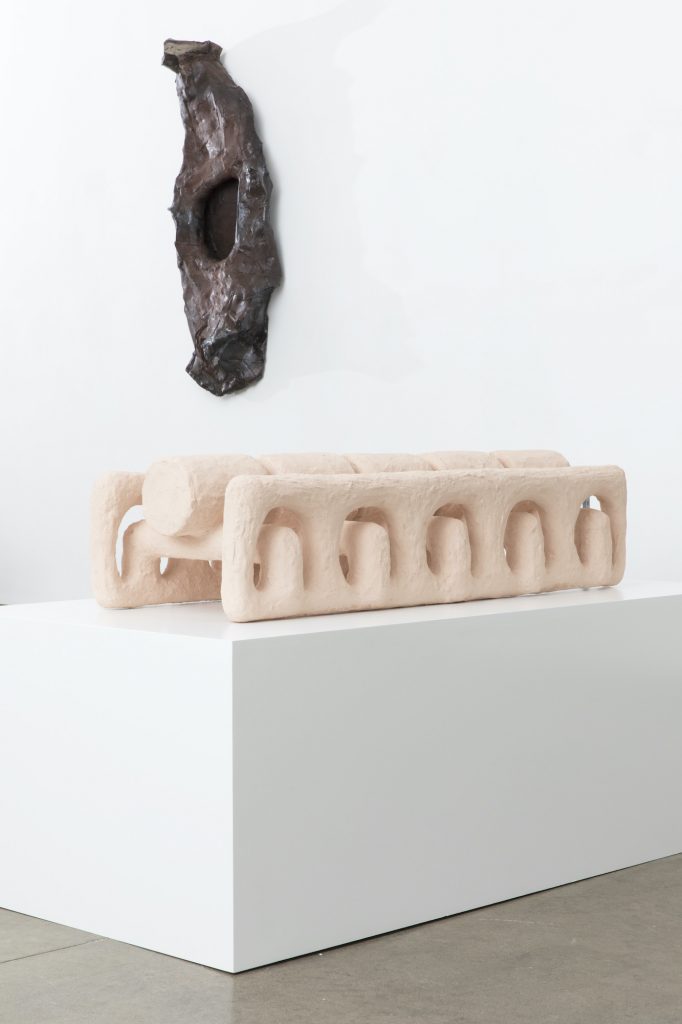 Solo show, Don't Know What Shape I'm In, Patrick Parrish Gallery, New York. Pink Powder Variation #7 and in the background New site-specific iron works were introduced and steered the way for more experiments in that material. 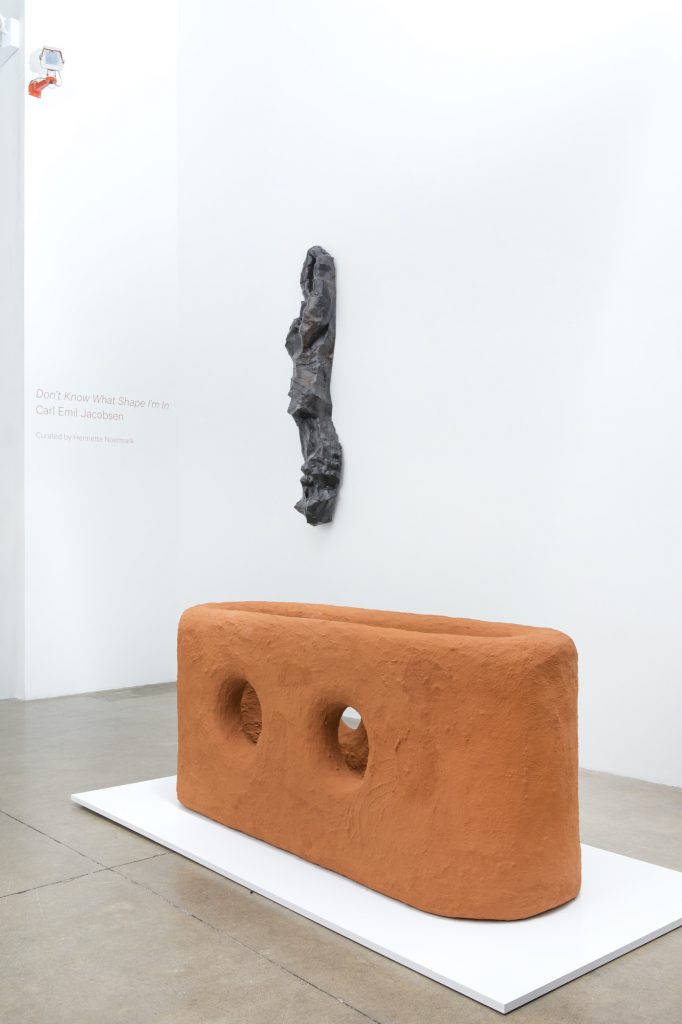 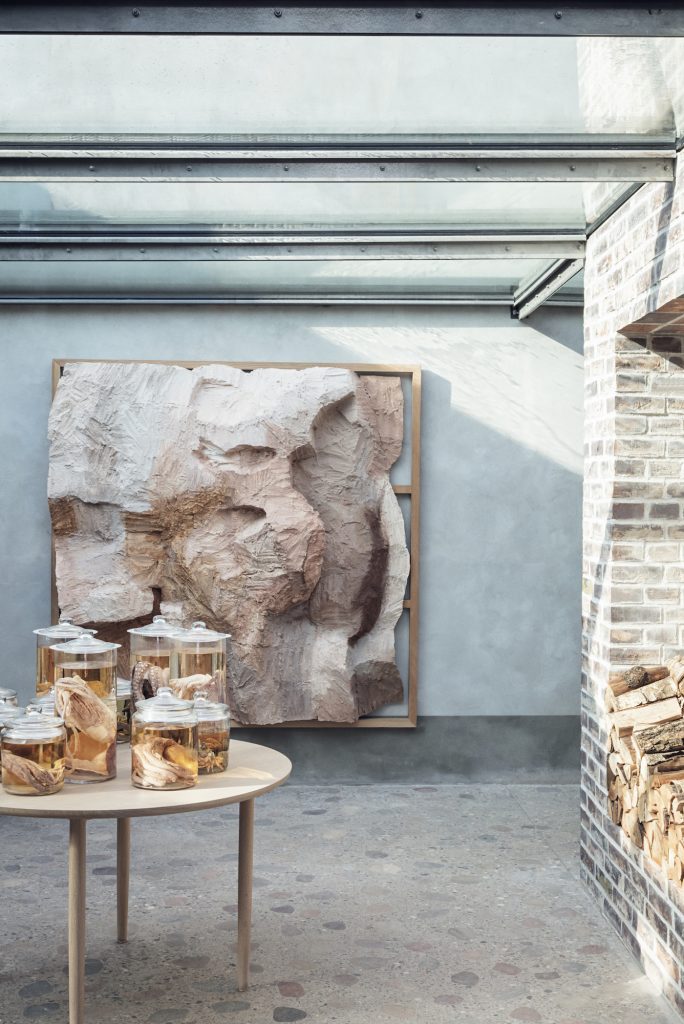 Carl Emil Jacobsen, Untitled - Relief #7 is a permanent installation for Noma, one of the most renowned restaurants in the world, Copenhagen. This 200 x 200 cm sculptural relief investigates the margin in between the surface and the object, and consequently it not only takes the basis of the landscape in terms of pattern but it is a component of the Danish landscape itself 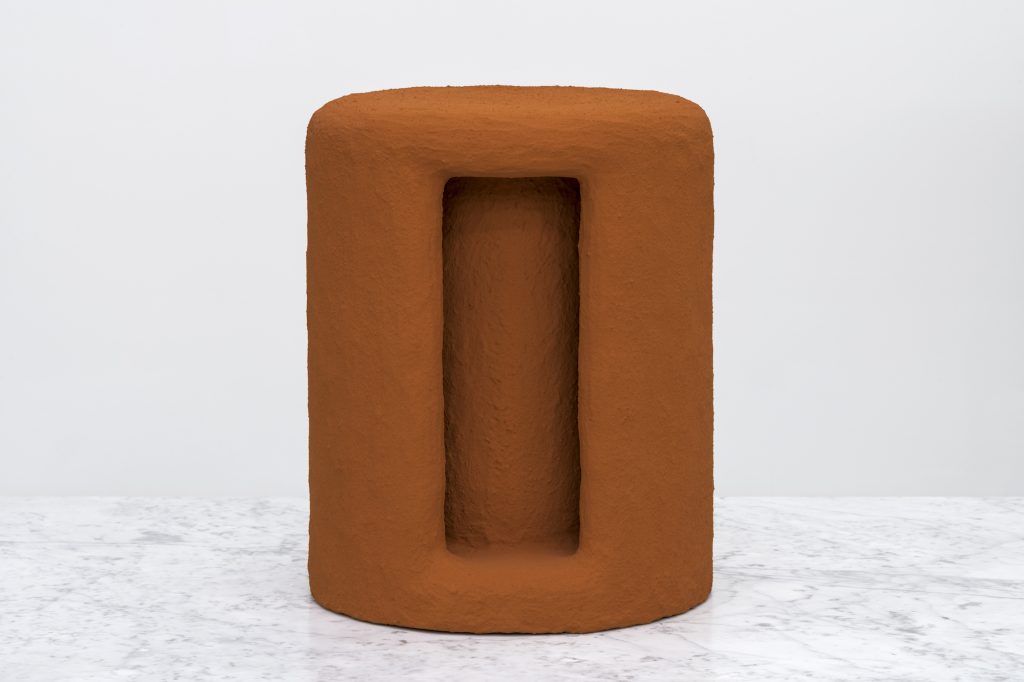 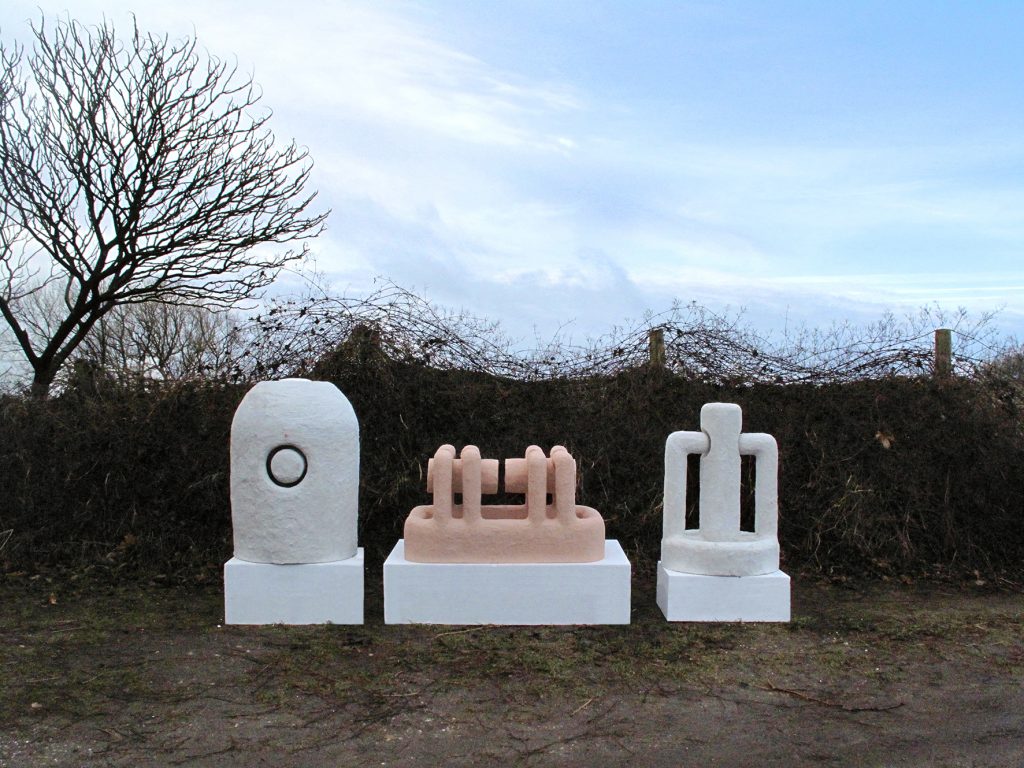 orks' creative process before colouring them with pigments, Mindcraft, 2017 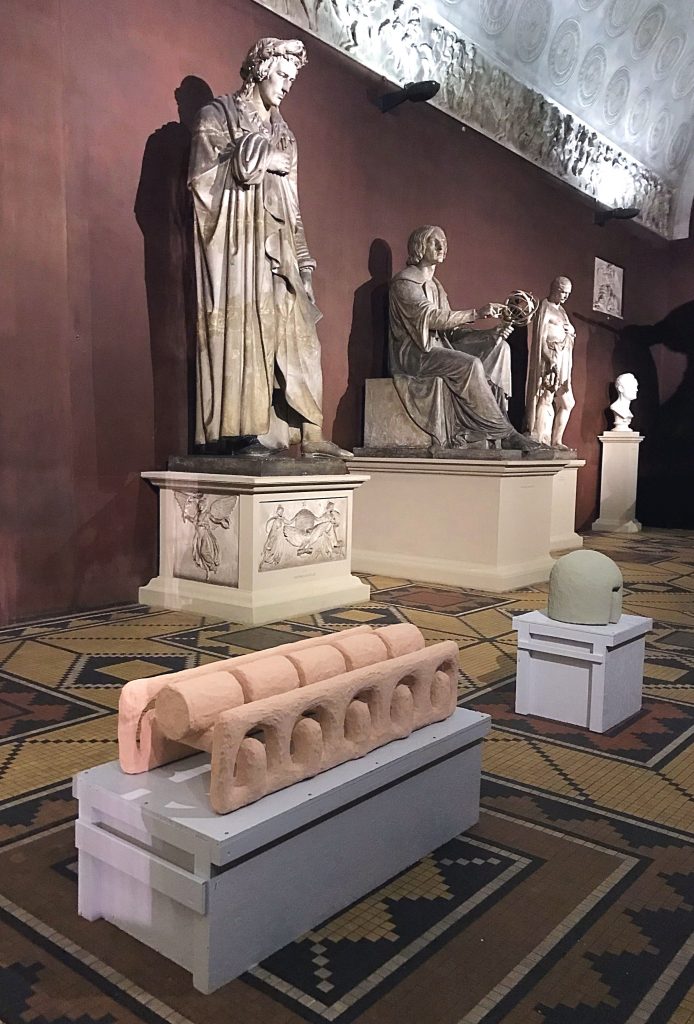