The Process of Being Cecilie Manz

Maison&Objet’s Designer of The Year discusses the impact of acceptance, functionality and obsessiveness in her two-decade career

To Cecilie Manz, designing is like making bread. Not brioches, but rye bread. There, on the table at her studio in Copenhagen, is where the dense, exacting, obsessive, humble and humbling part of her practice takes place. The icing? The Crown Prince Couple’s Culture Award she won in 2014. Or now in 2018, being named Designer of the Year at Maison&Objet.

In the span of 20 years, that table has been the starting point for some of the most consumer-embraced projects in contemporary Danish design: Manz’s signature is on a bestseller like the Caravaggio lamp, earthenware and furniture for Fritz Hansen and a range of speakers for Bang & Olufsen’s B&O Play line.

We spoke with Manz before her Maison&Objet showcase to discuss her nearly uncompromising process, the role of acceptance in her work and… well, bread.

TLmag: The latest speaker you did for B&O Play, the P2, has no buttons and depends solely on the user’s gestures for control. Was that liberating or challenging?
Cecilie Manz: Not having any visible buttons at all was a liberation. We didn’t have the on/off or plus/minus buttons. It was a very nice challenge. Also, it’s the smallest speaker we’ve done so far, and we had to keep it as simple as possible, because we wouldn’t have so much space —you put it in your pocket, so every time you do a button or a small detail, it’s fragile. It made sense to make it as smooth and as simple as possible, to carry it in your bag or your pocket.

TLmag: I find the framing of your Instagram images quite charming —it’s always unexpectedly off balance, and the subjects and the decontextualisation make me smile. What’s your rule there?
CM: What can I say? (Laughs) I’m quite obsessed with details, so I have a tendency to focus on them. Maybe that also happens when I take pictures… there aren’t any human beings on my photos.

I have no Facebook account and I somehow always hated social media. Whenever there’s a new network or a new app, everyone kept asking: “Don’t you have this or that?” I always said: “I prefer e-mail and I have my website.” But last year I told myself I could be a bit modern, because I had people working with me who were gently suggesting that maybe I could have an Instagram account. We take many pictures while we’re working, so that’s how it’s started. I just post there what I find inspiring and interesting.

TLmag: Here’s something else that made me smile: the description of the range of Blossom vases for Holmegaard you did between 2010 and 2012. There’s a minuscule one in the set, and you said you created “a vase for every flower, even the tiny ones without a stem, picked by a child.” I saw it as an acceptance that life is not perfect and design has to adapt to these mishaps.
CM: That’s how I see it. I was lucky in that process, because they gave me the liberty to follow that idea, to do huge vases and even tiny ones. I’m not sure they actually noticed! (Laughs) That’s the way it happens: you’re working on something, you look around and you make these observations —my children were small at the time. Life can be incorrect, and that should also be supported.

TLmag: Is that also what you intended to address with Everyday Life, the exhibition you co-curated last year in Kanazawa? Saying that one’s intimate lives are not as beautiful as one expected, so one has to bring these beautiful objects into the home.
CM: To me it’s the situation in which the objects are being used. In one tableau we had the sofa, the pile of books on the floor. It might not be perfect, but the way you use it and the acceptance that things are the way they are… that’s it.

I like the title of this Hollywood movie with Jack Nicholson, As Good as It Gets. The title says it all: sometimes it just feels like that. Maybe it’s also me being wiser than I was 30 years ago. I am a perfectionist, but I also need to accept the flaws of life. So this for me is a process of acceptance.

TLmag: That makes me think about complaints about user friendliness in design. It’s almost as if some UX designers or product designers didn’t accept the flaws of human reality.
CM: Functionality is a word I use a lot. I need to speak that word when I work in design, because we’re not doing art pieces. We’re not making funny stuff. I take this seriously. I make functional stuff that should actually work. It should not be worse than what we already have, just to be new. It seems unnecessary that you should have to say the word “functionality.” It should be so obvious: if you design something, we should consider, as designers, how it is to pour, how it is to drink, how it is to put in your pocket. These small details, we should solve these problems. Otherwise, we’re doing a shitty piece of work.

TLmag: Have you ever been humbled by something that didn’t work?
CM: I’m also doing weird stuff, experimental stuff, where it’s a completely different goal. You could put the Ladder Hochacht in there: it’s functional but it plays with humour and being sculptural.

These pieces were very important early in my career, because I made the decision that being Danish and working in Denmark in design… What would I like to contribute to this? I decided that I needed to find my own way if I wanted to be in this field. That’s why I did studies of furniture: that’s how I thought furniture could also look like. And, of course, nobody wanted to manufacture that… And now you see tons of weird furniture being made! Back then it was really odd, but it was essential for me, to define who I was and where I wanted to go. It was part of my process.

TLmag: What do you think triggered that shift in production sensibilities?
CM: I’ve been working for 20 years. When I started out, the field was completely different. The old Danish companies were the only ones there —there was no Hay, for example. They really needed to take a chance working with young designers. Some did, some didn’t. It was OK, but there was nothing for us to work with.

And just before the whole field crashed with the crisis, there was so much junk. There were many companies producing, producing, producing stuff. Somehow, when the crisis came, some didn’t survive —unfortunately some good ones went under, but also some that weren’t supposed to be there, because the quality was not good enough. Now we have a fresh start and it became trendy to do design in some way. Like being a pop star! Sometimes, when I get job or internship applicants I feel like calling someone and telling them: “Come on, it’s not going to work.” It’s really, really hard work. The majority of the work is hard work, on the table, solving problems. These small decisions. It also involves working with a manufacturer to learn how to work with details, because you can’t do that just on your own, with three years of school. The best thing for young designers would be having the possibility to work with sincere manufacturers. This is the way you learn.

TLmag: What should we call your presentation at Maison&Objet? A retrospective?
CM: I see it as “a glimpse,” as a way of saying “this is where I am now.” I’m in the midst of working on it right now: we’re doing four new pieces. I’m using what I have around here in the studio, showing some models, some items that inspired me. It’s a constellation of objects. I like showing the final pieces, but also the process. The whole process is important, and I’m living in the middle of it here in my studio. Composing and placing things is a big part of my life.

TLmag: You’re further pushing against the pop-star perception of the design profession, then.
CM: We call this work “rye bread.” It’s not a brioche. It’s about 90 percent of my work. The 10 percent is having this honour in Paris. If you want to be a designer and only focus on the 10 percent, and forget the frustration, and the doubt… because I want to make the right decision. In my process, the first sketches I do are very important for me. It could be a word, a rough sketch that nobody else but me understands. There’s this intuition, this notion… you don’t know what I will look like, in the beginning. But then, if you finish it and you have that same feeling, it works.

TLmag: You said “doubt.” The confidence gap can unfortunately be an issue for women, and constantly doubting oneself professionally is a large part of it.
I never thought of it in that way, but you might be right. It might have to do with being a perfectionist — I’ll keep fighting and I won’t give up. Maybe it has to do with being a woman: we want to do things right. Here in the studio we noticed that, among the many collaborators we have, the female ones are always very correct when writing summaries or very good at getting back to us.

But on the flip side, I feel sometimes I’m on the verge of getting an ulcer! (Laughs) I tell myself: “Can you please relax for a moment?” I think I’m the only one who’ll notice the 0.01 millimetre difference. But then I tell myself that no, I need to actually do it, because this is the way I am, and I want to deliver something nice, with the knowledge that people will use this in their imperfect lives. I still need to try to do perfect objects. 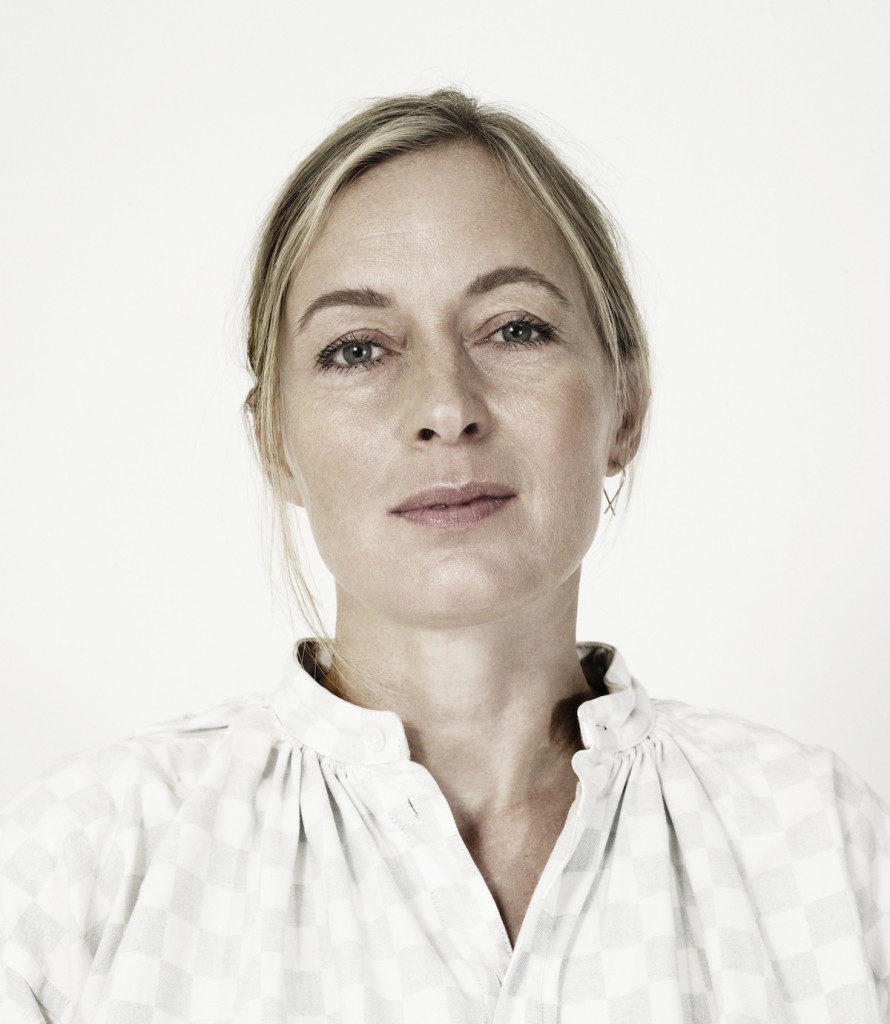 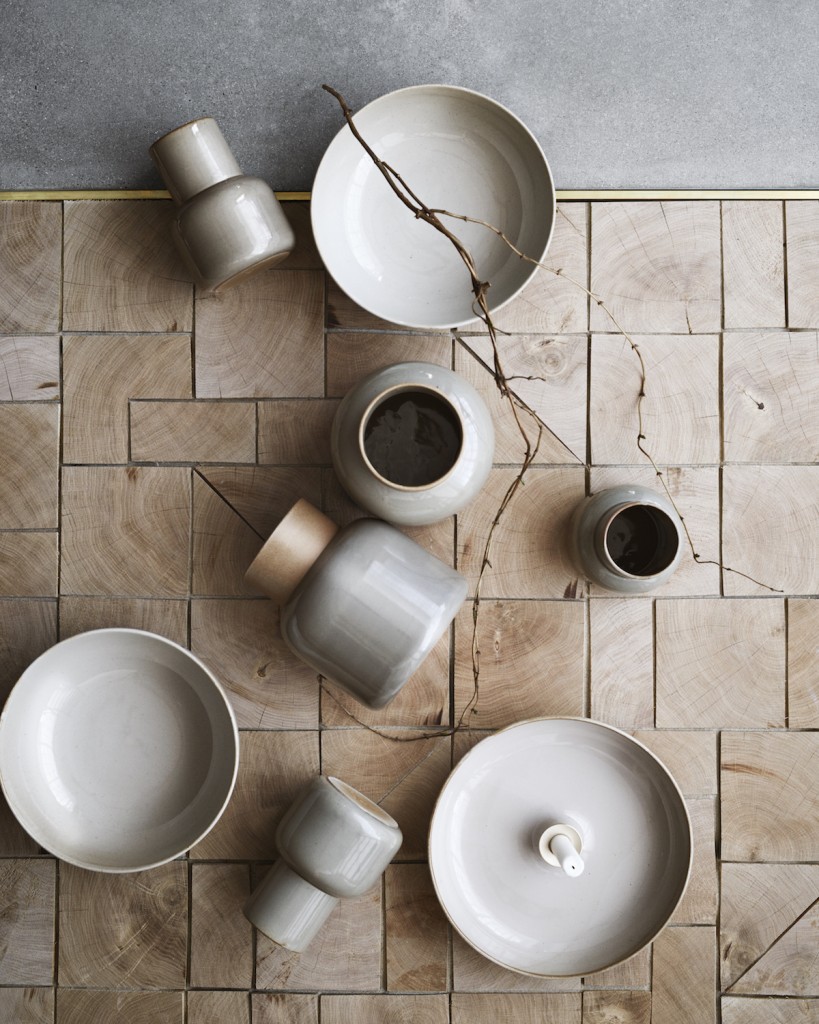 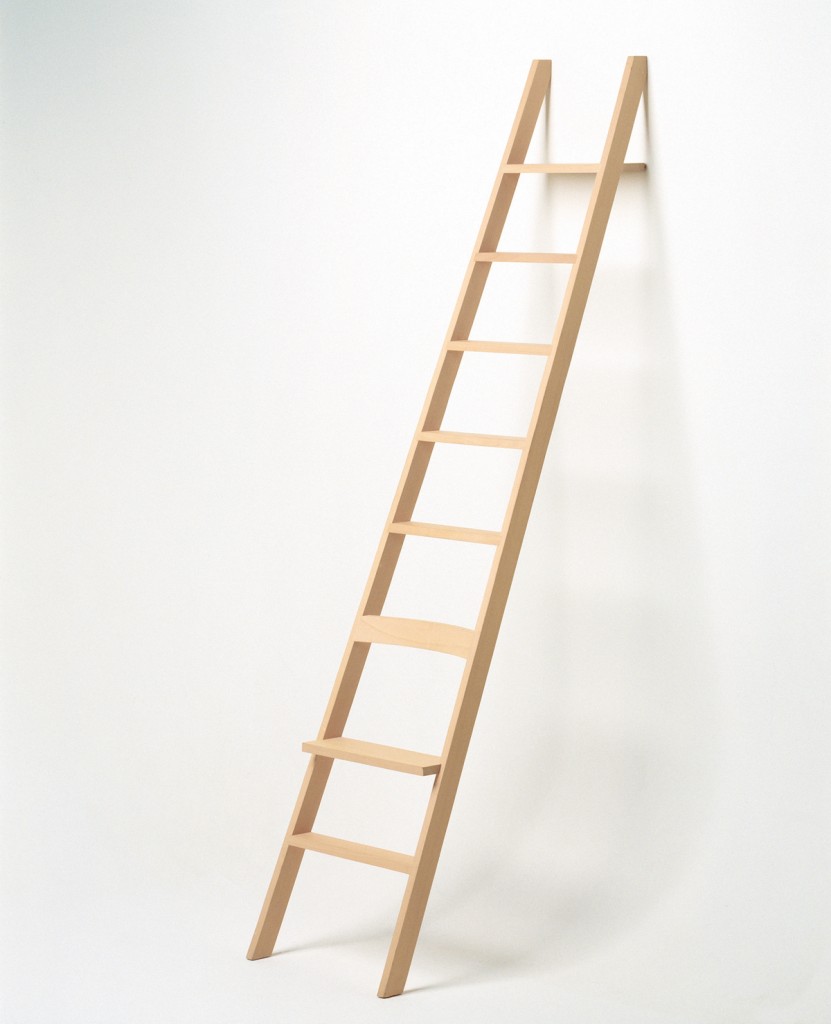 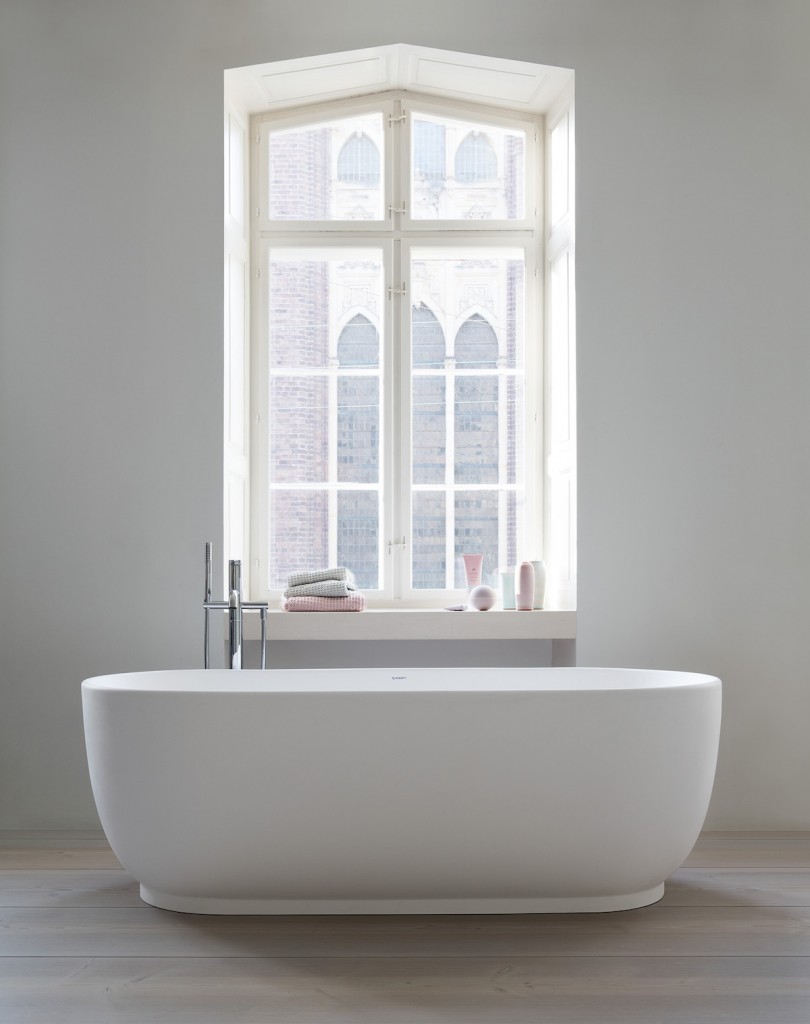 Luv for Duravit. Photo by Duravit. 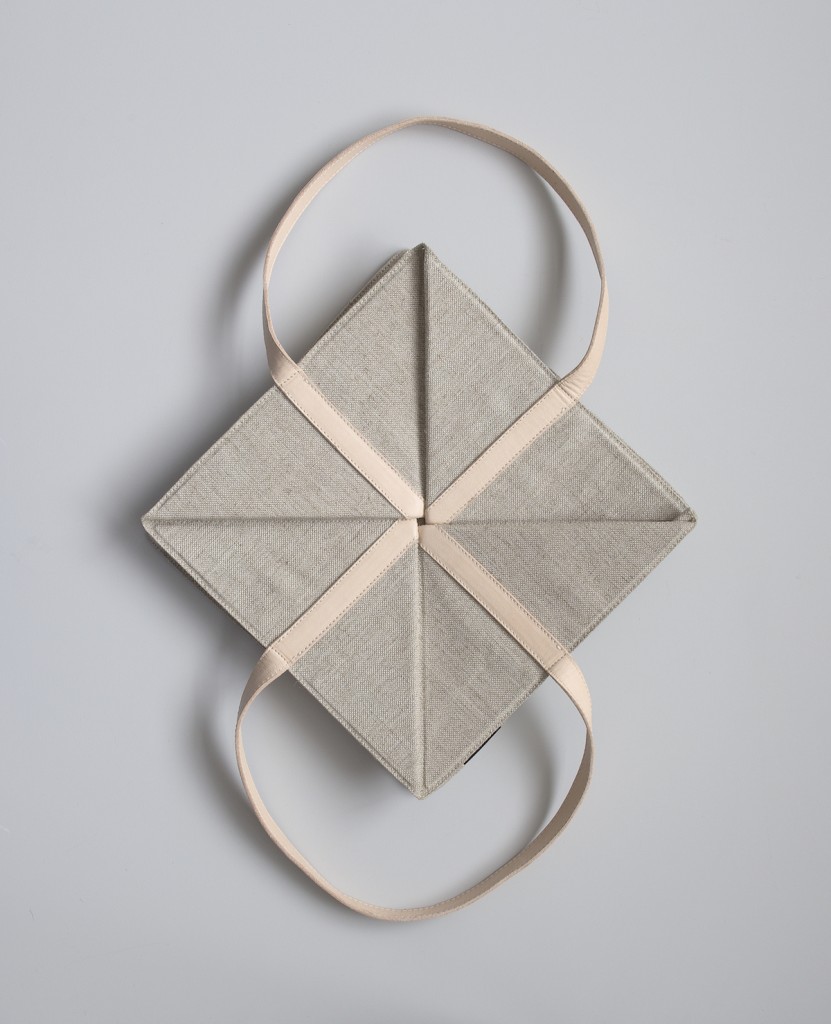 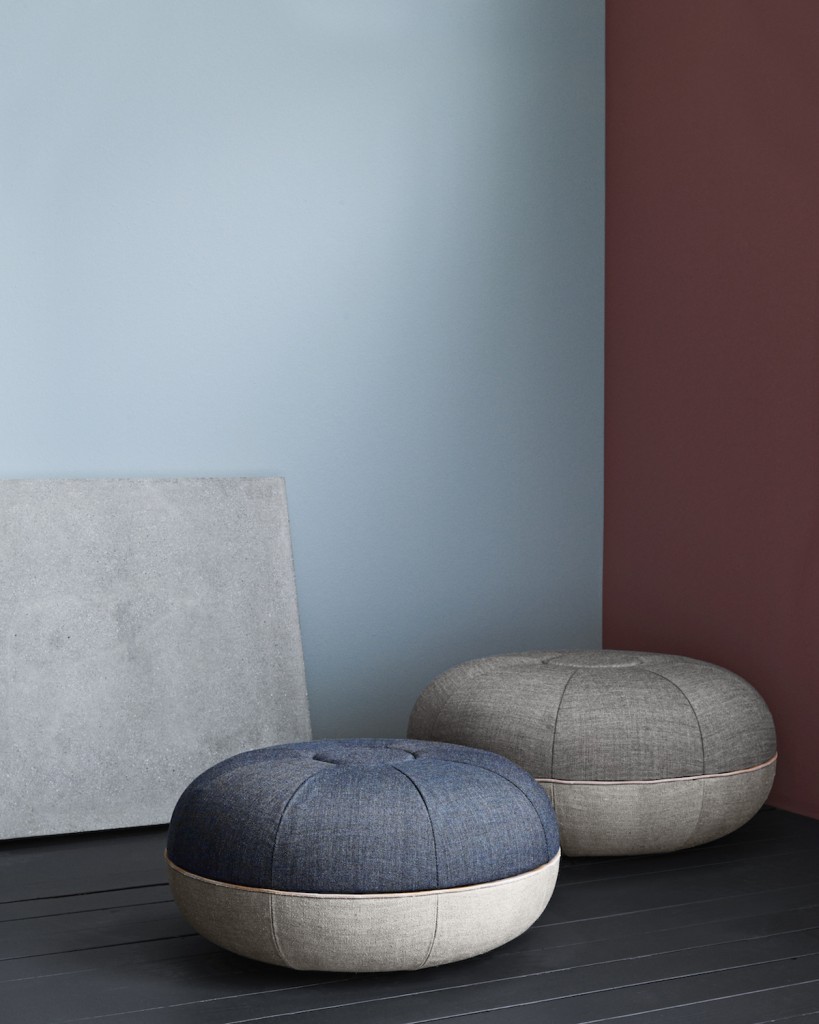 Her Poufs for Fritz Hansen, upholstered with Poul Kjærholm canvas as well as Remix textile from Kvadrat. Photo courtesy of Fritz Hansen. 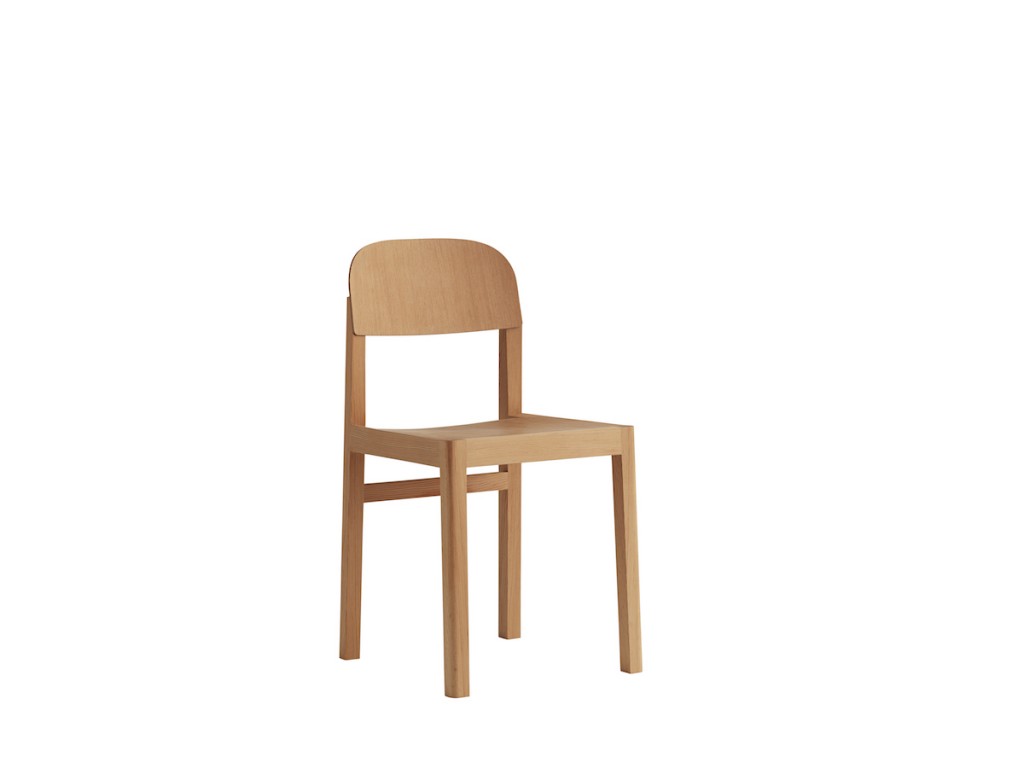 The Workshop Chair for Muuto. Photo courtesy of Muuto. 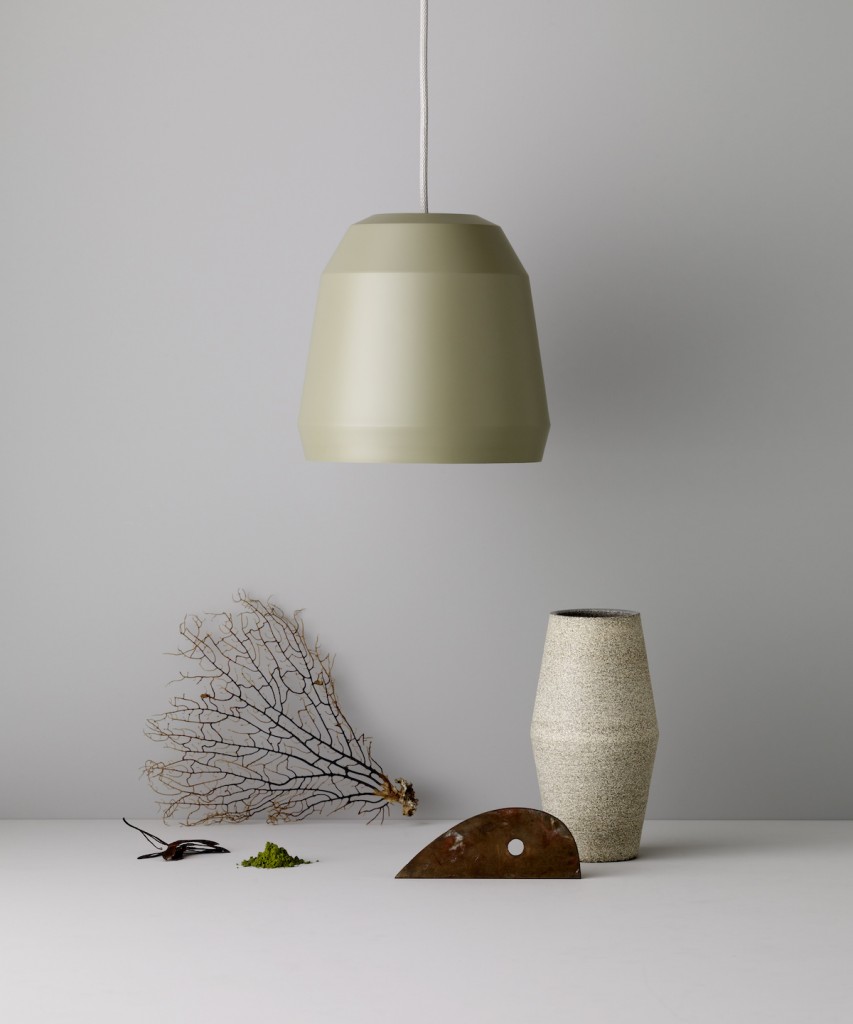 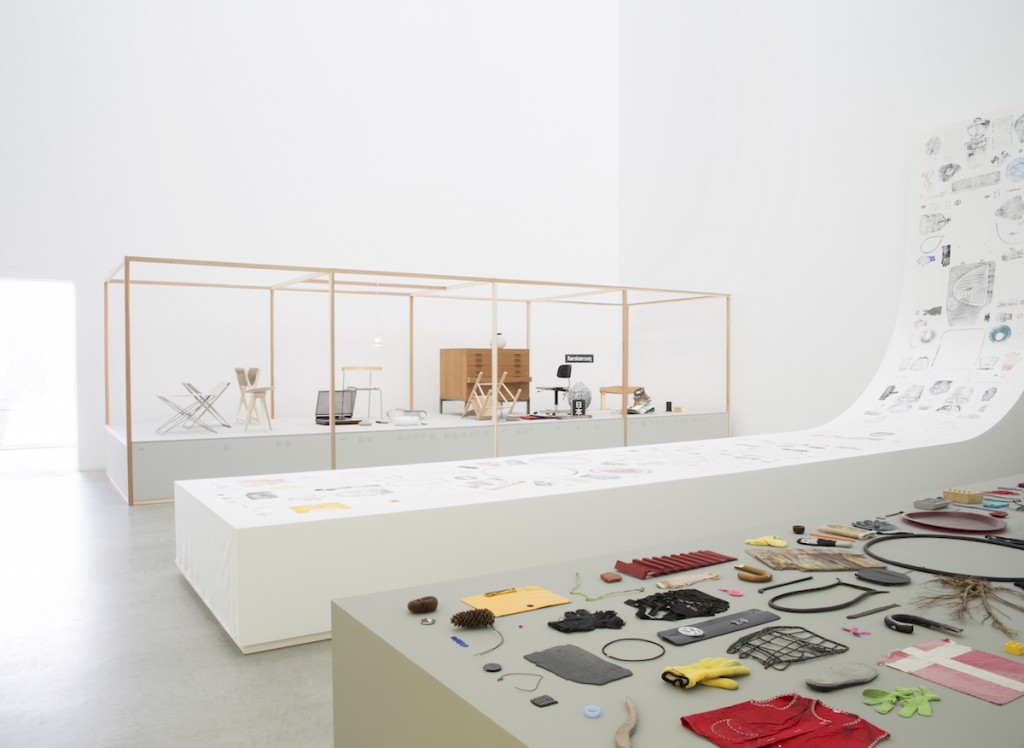 A room in the Everyday Life exhibition in Kanazawa
‹ Back