A Dream Within a Dream: En Viu at Edition Hotel

TLmag talks to Diego Castaño and Chandler Noah from En Viu about their latest work, a mural called Grains of Golden Sand, which took two years to complete.

In 2017, En Viu, led by Chandler Noah and Diego Castaño, was commissioned by Ian Schrager to create a massive mural in the new Edition Hotel in Times Square (New York City). The resulting work, a mural named Grains of Golden Sand, is an impressive 90 feet in width by 14 feet in height, located in the hotel’s Club. Inspired by the American poet Edgar Allen Poe, who once wrote; “All that we see or seem, is but a dream within a dream” — En Viu invite the viewer to leave the busy streets of New York City behind and be engulfed in their dreamlike, surrealist world.

TLmag: How would you describe the work, approach and/or philosophy of En Viu in three sentences?

Chandler Noah & Diego Castaño: Our body of work is immersive, large in scale, and highly detailed driven by narrative. We gravitate towards projects that pose a great challenge and where the clients have a unique vision. Our ongoing projects all vary greatly in concept, forum, and technique which is thrilling for our studio. En Viu is a Catalan expression translating as “live” or in “constant motion”.

TLmag: Your most recent work Grains of Golden Sand was inspired by Edgar Allen Poe’s poem A Dream Within a Dream. Could you tell us a bit more about how this inspired you and the thinking behind the mural?

C.N + D.C.: The poem is the story of two lovers who part ways, and at this moment, they come to the realisation that all they lived has been a dream. In metaphor, the speaker describes the grasping of grains of golden sand on a beach as an attempt to hold his memories, but the grains slip through his fingers. He concludes that everything he sees or feels is just a dream within a dream.  Like the poem, we were drawn by the idea of a place where reality and illusion cohabit. In this realm, the human condition flourishes and the internal dialogue of good and evil finds its expression in two paintings

TLmag: What do you hope people will take away from experiencing and seeing the mural in the Edition Hotel in Times Square?

C.N + D.C.: In the age of technology and social media, the piece will set an anachronistic tone amidst the luminous and fast-paced Times Square and that we feel is an exciting dichotomy. Contemporary paintings in this scale and detail are a rarity, and we hope the piece will outlive us creating its own standing within the canon of murals in New York City. Ultimately, our intention for the painting is to encourage the viewer to stop in their tracks and take a moment to experience the nostalgia, curiosity and sense of the otherworldly evoke by the piece. The space will also host performances by House of Yes, which will relate to the murals narrative and conception.

TLmag: It took you two years to realise the mural, what have been the surprises and challenges of this process?

C.N +D.C.: Comprehensively, this painting represented difficult challenges, primarily as it has been our largest commission to date. The piece is an infinitive landscape that wraps around the room and measures 4.5 m in height and 30m in length. In composition, the painting is quite complex; constructed from sweeping architectural elements, a colour palette reminiscent of the Dutch masters, and containing approximately 400 figures and objects throughout.  In addition, we had site-specific constraints that we needed to comply with forcing us to invent solutions and develop a system that would work for us throughout production. It is in the ethos of En Viu to take on challenging projects, so flexibility is key in order to achieve our vision.

TLmag: What other works/exhibitions do you have coming up in 2019? And what are you most looking forward to this year?

C.N +D.C.: This is an exciting year for us as we are opening an experimental space in Antwerp’s museum district, and launching an art advisory program also under the name En Viu. In concept, we will exhibit collaborative pieces with other artists and designers.

Chandler is currently designing furniture and lighting as well as the Antwerp’s studio, which will live in the ground floor of a townhouse built in the late 1700s. It will feature a brutalist terracotta courtyard for sculpture and art installations.

Diego is working on a new series of large scale autobiographical pastel drawings, as well as exploring sculpture and ceramics. He is opening his first solo show in the new space. 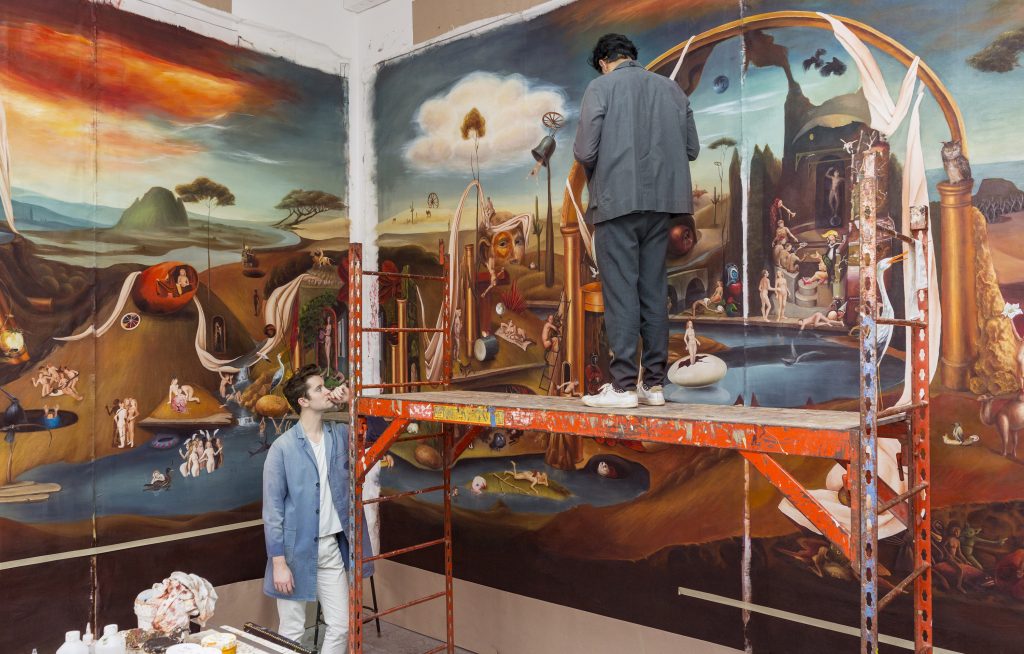 All images: Grains of Golden Sand mural by En Viu 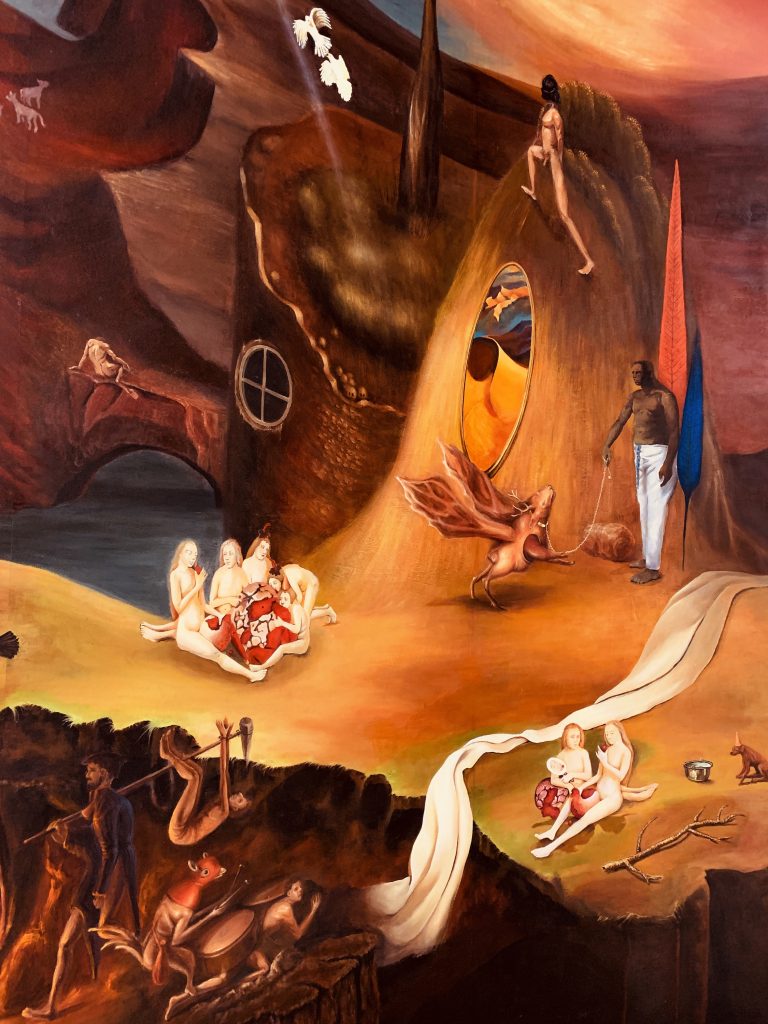 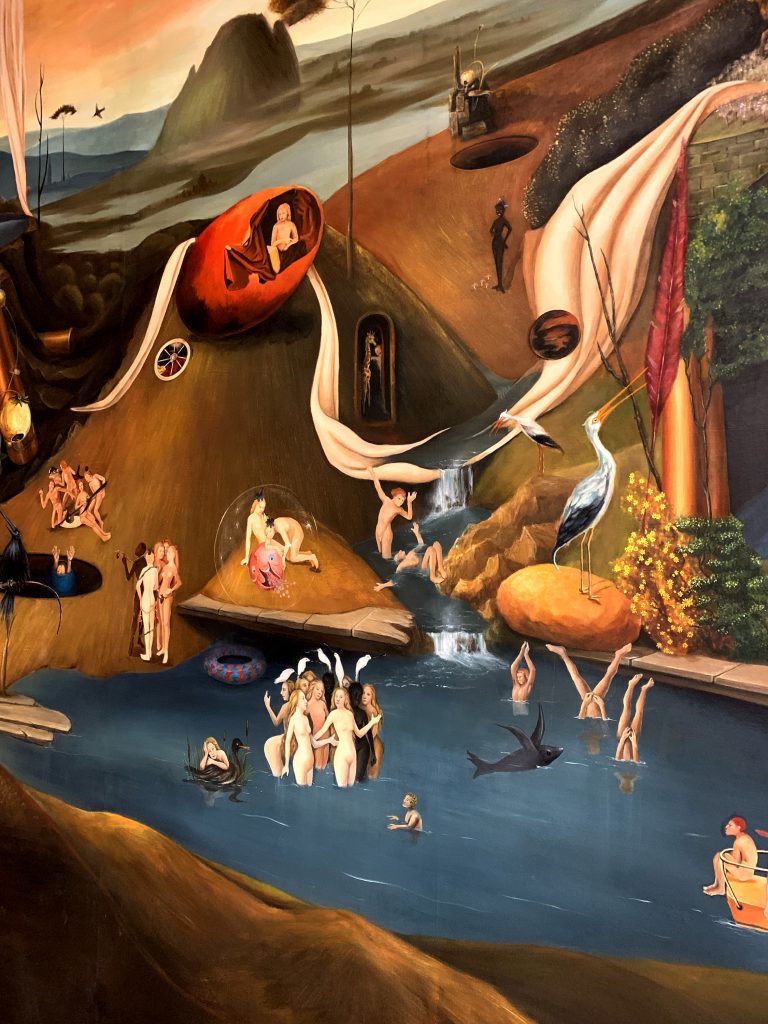 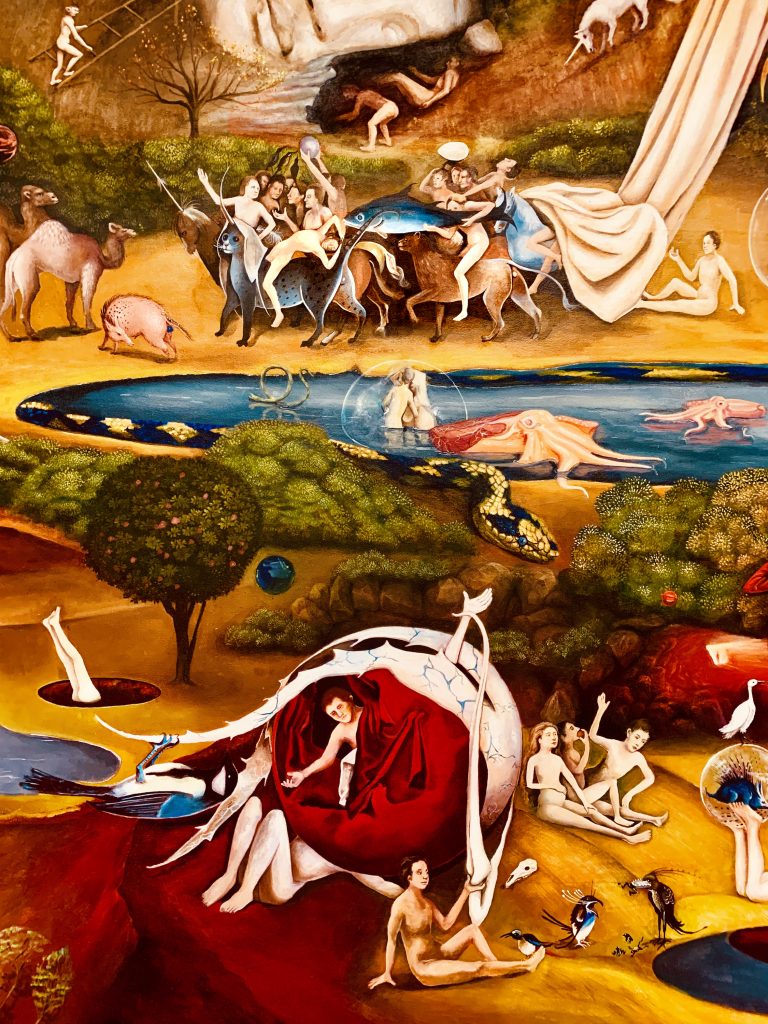