Danish designer Henrik Vibskov’s first large-scale retrospective in Asia takes place at the Daelim Museum in Seoul, South Korea. In an interview, he talks about his work and ties to Asia.

Behind the Dickensian appearance of Henrik Vibskov hides one of the most prolific figures in contemporary fashion. The Dane is a Copenhagen-based couturier, visual artist, Trentemøller drummer, Den Plettede Gris cafe owner, and a part of a new generation of multi-faceted designers, who don’t hesitate to juggle the creation of an item of clothing, an installation, a photo or video.

It’s no coincidence that Vibskov, the only Nordic designer in the official schedule for men’s fashion at Paris Fashion Week, has become famous through the years for his fashion show performances. His style is unique, both fun and studied. His influences can be surprising, as in the case of a collection inspired by a Mongolian monk alone in the rain in the mountains. Beyond the catwalk, he is often attracted to museums and galleries, such as MoMA and MoMA PS1 in New York, the Palais de Tokyo in Paris or the Designmuseo in Helsinki.

TLmagazine: In your exhibition ‘Fabrication’ in Daelim Museum in Seoul, you show different sides of your work, such as fashion, photography, installation and video. This is not your first experience in Asia though. Could you tell us about your relationship and your projects in this part of the world?

Henrik Vibskov: Twelve years ago I started coming to Japan and did my first small exhibition. I played drums in Tokyo. Some of my best friends from school were Japanese and Korean. I also did projects at the Kiyomizu-Dera Temple in Kyoto. Asian design and art influence me a lot. It can be a question of structure or building. Asia represents a large part of the creative world. These are influences that you see from clothing designers – Comme de Garçons to Yohji Yamamoto – to more contemporary art. Asia is also a big part of my market.

In your view, is it possible to talk about Northern European Design and Asian Design as such? And if so, how would you define it?

HV: I’m not sure I can answer that, but it’s interesting if you look at Northern Scandinavian or Nordic countries – for example Finnish architecture and design. I think that much of it has the same simplicity or conceptual basis that we recognise in Asian design or more specifically Japanese art, so I think there are a number of similarities.

You presented an artistic interpretation of Børge Mogensen’s No. 1 Sofa. Is furniture a new field of experimentation?

HV: It was just a one-off, but of course I like to look at furniture and architecture and I would like to do more of it. No. 1 was just a fun little project in relationship with textile design. It’s not something that I will necessarily continue, but I would love to do different things such as interior design, chairs and lamps.

Fashion is sometimes criticised for being more commercial than artistic. Your shows are often designed as performances. You seem to embrace a sense of theatricality in your clothing. Is this a way for you to overcome the commercial dimension of contemporary fashion?

HV: Fashion is commercial, of course it is. But I think some art is also very commercial when you start printing a thousand posters that you can sell. When art becomes mass-produced, it is not how I see art. It’s the same with fashion – it’s not that often that I think that it’s art. I see it more as clothing, as something people should use and appreciate out of function. But in general, I don’t see myself so much as an artist. And of course the way I’m doing it is maybe also revealing in that I try to run away from the commercial aspects of fashion. • The Mint Institute. Autumn/Winter 2008. On view at Daelin Museum, Seoul. The Russian Boys Quartet Puppet Performance. On view at Daelin Museum, Seoul.
‹ Back 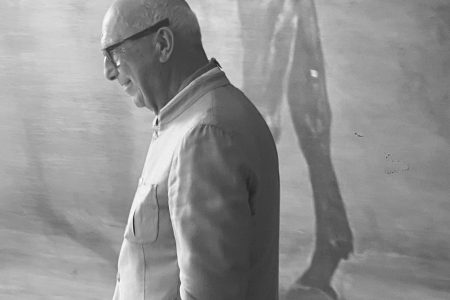 Axel Vervoordt: Accepting Things as They Are

In this interview, Co-editor and visual artist Amy Hilton meets and is led through the organically curated home of one of Belgian design’s most influential figures and collectors; Axel Vervoordt. Here, the two speak of their mutually shared interest and affinity towards stones, and the importance of ‘earth-centred’ design approaches. 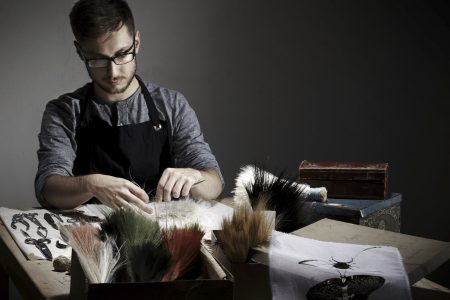 Maison Julien Vermeulen: Transforming the Use of Feathers

Winner of the 2018 Fondation Bettencourt Schueller prize “pour l’intelligence de la main – Talents d’exception”, Julien Vermeulen and his Maison are one of the few feather artisans still practicing in France. Here, Julien shares with us his artistic vision and future hopes for his craft. 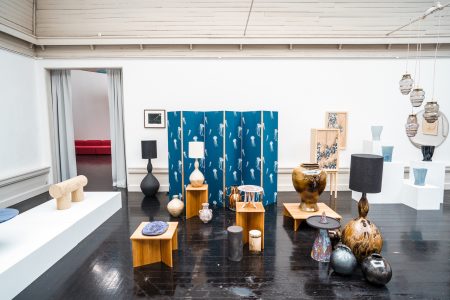