Chinese artist Hu Qingyan takes the discarded, unwanted and unloved and gives them a new life. His works are on display at Galerie Urs Meile Beijing

The work of Chinese artist Hu Qingyan can be described as detritus. Or more, accurately, urban detritus that has been salvaged and transformed from the forgotten, abandoned or destroyed into artworks that thoughtfully consider the world around them. This metamorphosis through which Quinyan gives new life to materials is the common thread running through all his work in the artist’s solo exhibition Absent & Superfluous at Galerie Urs Meile, Beijing.

Hu Qingyan’s treatment of the matter he works with is succinctly summarized by Christopher Moore in the essay he wrote for Absent & Superfluous’s catalog entitled ‘The Galatea Dilemma, or the Strange Case of Dr. Frankenstein and Mr. Pygmalion’. More states: “Hu takes the identities and previous experiences of the materials, the painted canvases, and refashions something living out of that which was dead, abandoned and superfluous, lifting the two-dimensional into the real world through kaleidoscopic surgeries, putting flesh behind the skin; out of design: matter.”

The exhibition presents both the most recent work of Qingyan as well as previous works that have been further developed in a practice of evolving artworks. The sculptural installation Swaying Wall (2018) which is constructed from the bricks, tiles and steel framework of the artist’s former studio space seems to encapsulate the title of the exhibition well. It comments on the absence of the building and the superfluousness of the constant construction that has swept of metropolitan Beijing and, indeed, the rest of China. The artist treats each collected piece of waste as precious, polishing the stones and reassembling the pieces into a new structure that resembles a wall.

Another work on display that elevates the discarded is  Go in One Ear and out The Other No. 2, (2016). Constructed from abandoned gas pipes that have been welded to other tubes and horns the sculpture resembles a sort of strange measuring or musical instrument from the 1800s. Its function is simple to carry noise from on side of a space to another and it’s strange form invites visitors to interact with it.

This sense of strangeness is something that Hu Qingyan plays with throughout his practice. Shifting the audience’s perception of materials and matter to tell new stories and provoke new ways of looking at the debris that surrounds us.

Absent & Superfluous will be on display until December 30 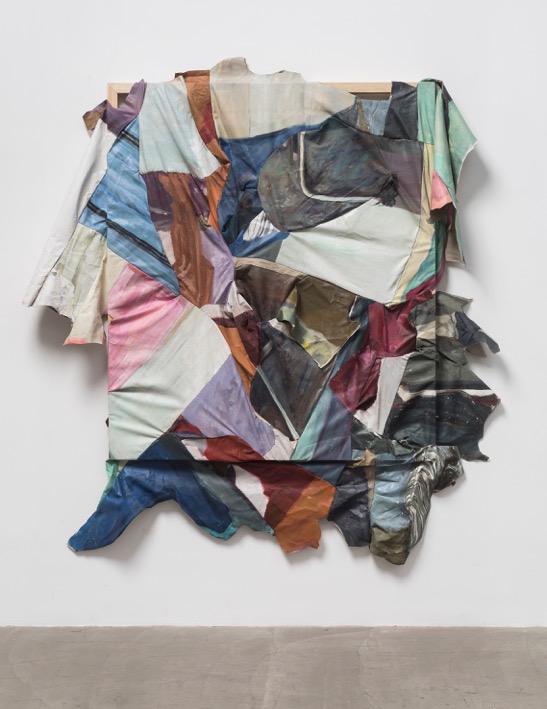 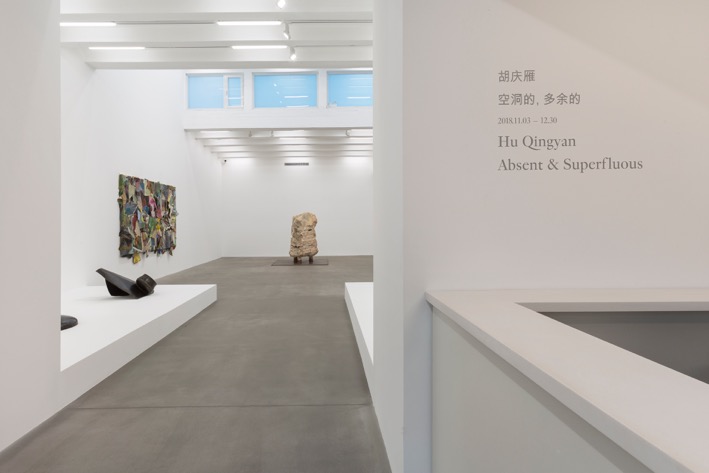 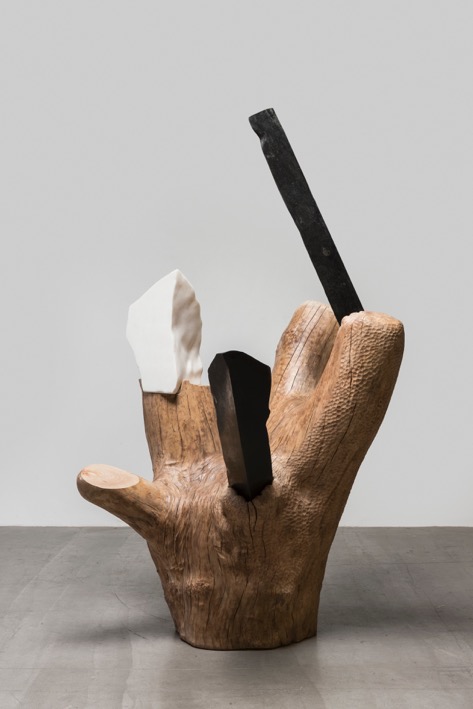 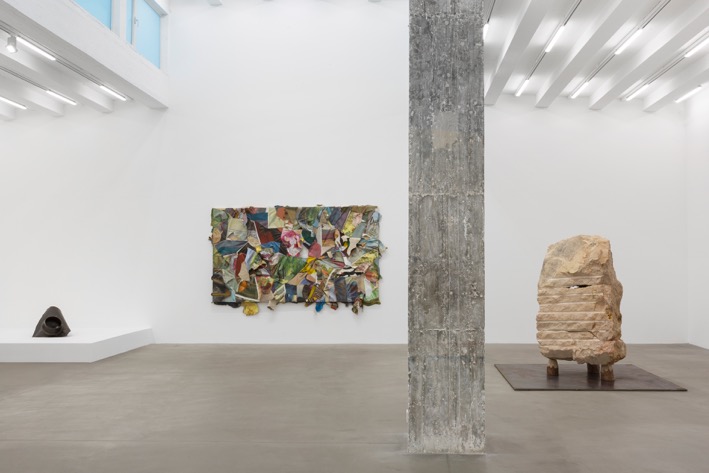 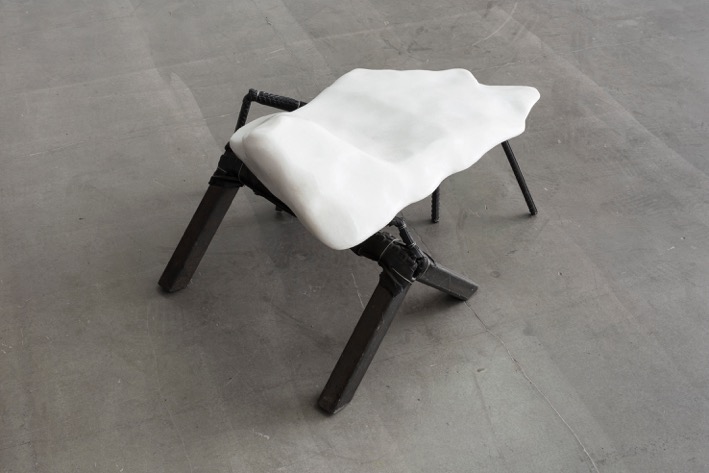 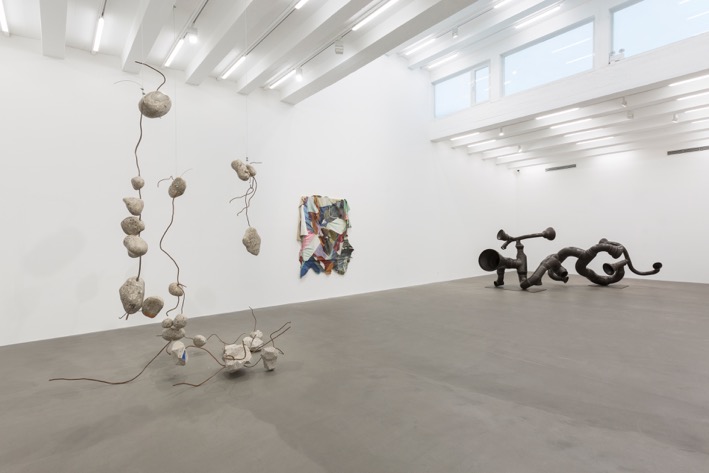