Her sculptures are like presences and naked objects punctuating a space. Lucia Bru shapes the invisible to make it visible, in installations whose imperceptible contours become perceptible. Bodies materialise in subtle distortion, within which our own vulnerabilities appear. These seemingly fragile presences are connected to each other in a simultaneously visual and sensitive space-time. Lucia Bru adopts her unique language to connect us to the different levels of existence; at the point where our lives become existential.

TLmag: As a visual artist, you use recurring shapes in your sculptures and installations; these often have defects. Is this a reflection of a metaphysical quest?

Lucia Bru (LB): These geometric shapes were imposed very quickly, a long time ago. The deformation is caused by the movement of the surface in relation to the material. This geometry was shaken up, disturbed by the gesture; imperfection was necessary. I was always sensitive to gestures. Creating a sculpture is also inventing a series of gestures. It is tracing the vagaries of the body, linked to breathing, mood, speed, space… it’s a direct relationship with the living.

TLmag: What role has drawing played in your process since your education at La Cambre Arts visuals?

LB: I think of my drawings as sculptures. It’s another way of understanding the space.

TLmag: By playing with perception and texture of materials such as paper, stone, porcelain, cement and glass, you guide us on the path of emergence and disappearance, of shadow and light. What status does the object have within your artistic creation?

LB: For me, the object, the thing, the sculpture, is an entity in the space with which I have built the relationships, the meetings. What you are describing is how you feel; it is one of the repercussions of the display and the cohabitation of the objects together.

TLmag: The immaculate whiteness present in many of your works, whether matte or glossy, is the fruit of a sensitive and tactile approach. Would this be a way of producing fragile and delicate shapes using materials that are often seen as solid and cold? You make them malleable and vulnerable. Is this how you feel, or am I on the wrong path?

LB:  I don’t feel that at all! Porcelain is often seen as a fragile, delicate, feminine material in its whiteness, while cement is hard and rough… These are stereotypes of how we see things, received ideas about the materials; I am not interested in these aspects. Porcelain, paper, cement, iron, crystal, etc. are materials that I perceive as so many actors to make energies and spatial relationships coexist, to embody a community of shapes. I like to bring these materials together in an unexpected way, where the strongest is not always the one we might think.

TLmag: Could you tell us about your relationship with crystal during your stay at the Saint-Louis Cristallerie (Saint-Louise-lès-Bitche) in 2016, during the artist residences organised by the Fondation Hermès? Ann Veronica Janssens was your mentor for this project. This resulted in the (movidas) and (aerocubes) projects which were then exhibited at the Palais de Tokyo.

LB: When I developed this project, I knew I didn’t want to make AN object out of crystal, I wanted to create a shape that was moveable within itself, a heterogenous and mobile ‘being’. It was also important to me to have a physical contact with the production of the sculpture and to be a part of its construction. Therefore, I developed a crystal and porcelain sculpture (movidas), made from thousands of cubes (about 400,000 pieces). I made all these cubes one by one, I cut them, sanded them, polished them… Every element is its own little sculpture and I fully focused on each element in this multitude. They are all different. This sculpture is mobile; every time it appears, it will be different. Mineral and animal, it is curled up on the floor. For now, it can be seen in the Axel Vervoordt gallery in Wijnegem; I installed it in an old silo. This space is magical for the piece, holding it up like a silent treasure. (aerocubes) was developed later. After the hypermobility of (movidas), I became interested in more massive and dense objects. I wanted to make cement and crystal coexist, one against the other, in the same object. Blown crystal enveloping cement.

TLmag: You are represented by the Axel Vervoordt gallery. What have been the big steps of your collaboration as an artist?

LB: First there was the meeting – and what a beautiful meeting! When I met Boris Vervoordt, I felt like I was meeting a friend I didn’t yet know. His vision, his professionalism and his confidence made me comfortable straight away. In 2013, I had my first solo exhibition, ‘Aucune ombre’, at the Vervoordt gallery, which was in the historical centre of Antwerp, a magical place. I then participated to two thematical exhibitions at the Palazzo Fortuny in Venice: ‘Proportio’ (2015) and ‘Intuition’ (2017). Both projects were initiated by Axel Vervoordt. Thanks to the gallery, I was also able to present my work in various major international fairs (New-York, Shanghai, Dusseldorf, Brussels, etc.). Then in 2017, I had a solo exhibition: ‘Rien ne change de forme comme les nuages si ce n’est rochers’, followed by a second exhibition in one of the gallery’s new spaces at the Kanaal location, in Wijnegem. The wonderful thing is that this has been a series of experiences punctuated by magical and energising places.

TLmag: Which exhibitions are you working on now?

LB: I am currently participating in the ‘Mundane World’ exhibition at the HE ART MUSEUM (HEM) in Shunda, Guangdong province, in the south of China. This museum just opened; the exhibition can be seen until 31 March 2021. Mr. He Jiangfeng, the founder of HEM, and Feg Boyi, the curator, discovered my work at the Shanghai fair. This museum was designed by Tadao Ando, I am also finishing a work that will be installed in my solo exhibition at the Axel Vervoordt gallery in Hong-Kong, which will start next November. The exhibition is called ‘Twenty-first floor’ and will run through 19 January 2021

TLmag: How is your work appreciated by Chinese and Hong Kong collectors?

LB: All of this is very recent to me, I have so little perspective, I can hardly talk about it.

TLmag: Do you feel connected with the culture and the Asian collectors?

LB: I have travelled a bit to China and Japan for exhibitions, but I know very little about Asia. What struck me during my first trips to Asia (Hangzhou, Hong Kong, Tokyo and Kyoto) was the human density. The crowds and multitude of bodies passing each other within a space every day. Raising questions about intimacy and the public: where does my space start? I am crossed by the space and the space crosses me …

The intense occupation of space by the bodies, the scale, the relationship between body and object are omnipresent concerns in my sculpture. These characteristics have long been important qualities in my sculptural research (micro / macro ratio, multitudes, crowds, piles, living beings, minerality, sensuality, etc..). Perhaps being in contact with these cities has accelerated certain processes in my research. So yes, for these reasons, I feel in tune with these places.

TLmag: Can you give us a few of the sources of inspiration and the experiments that guide you along your artistic path? 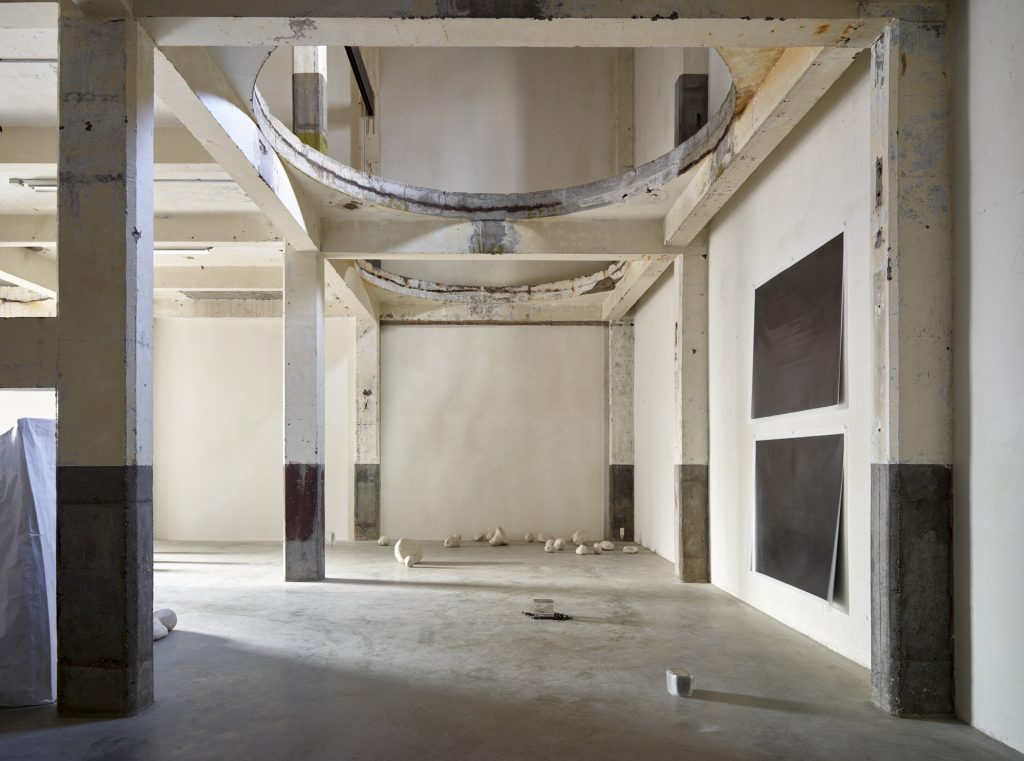 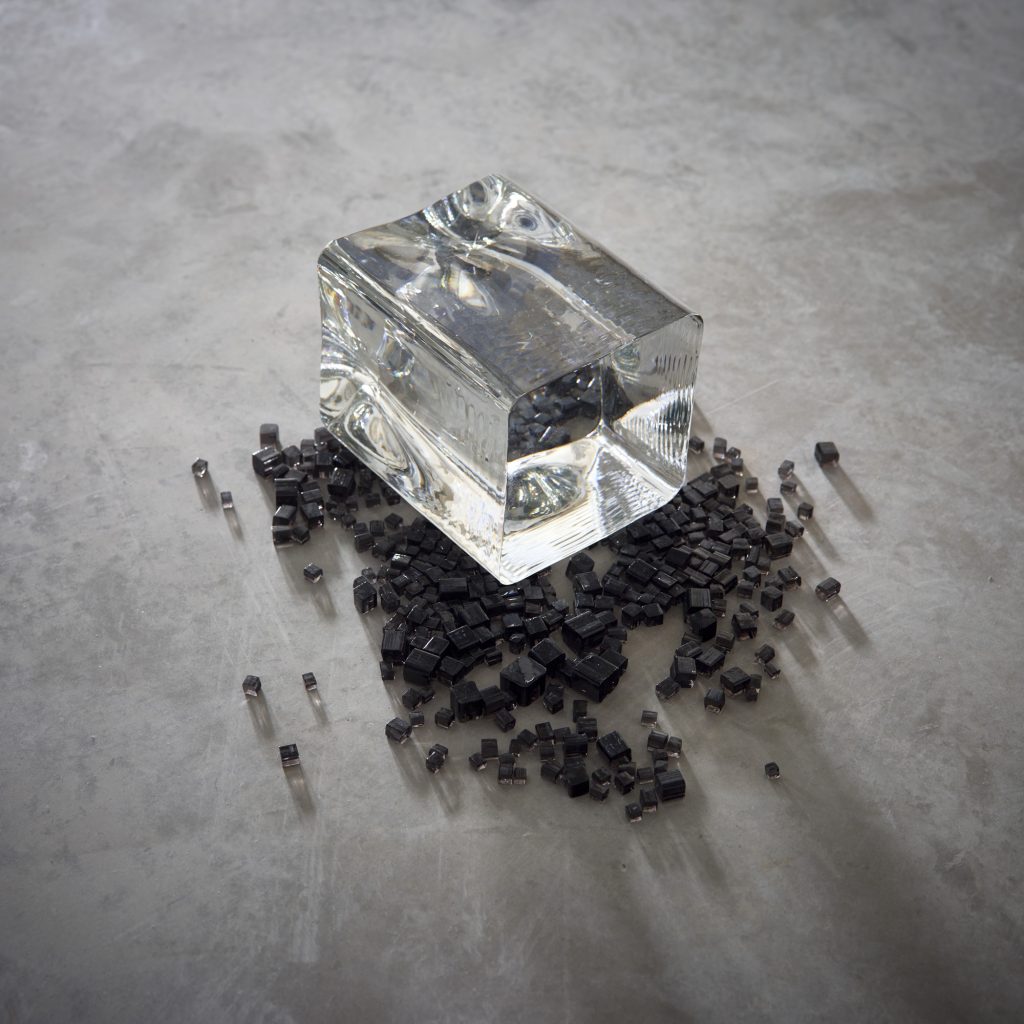 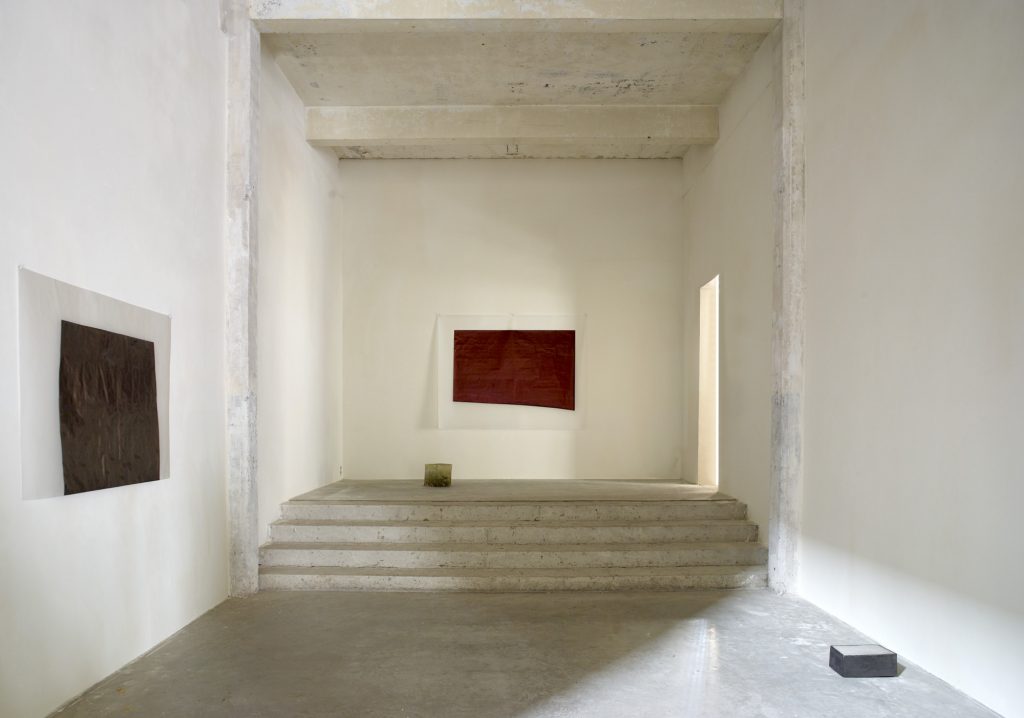 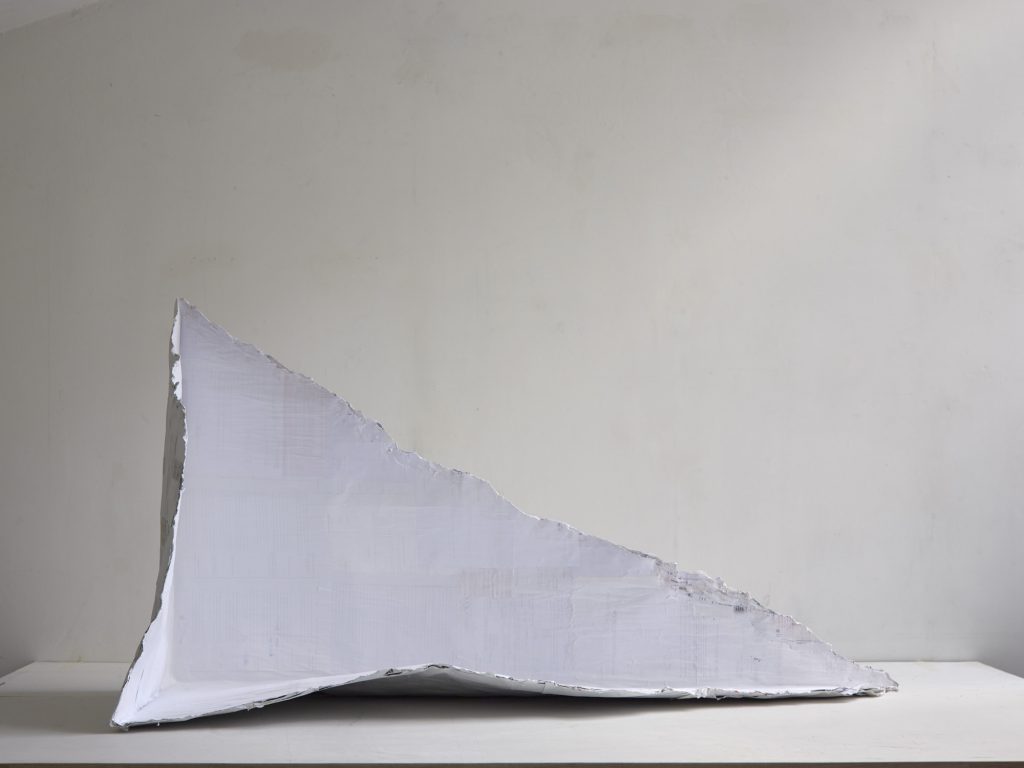 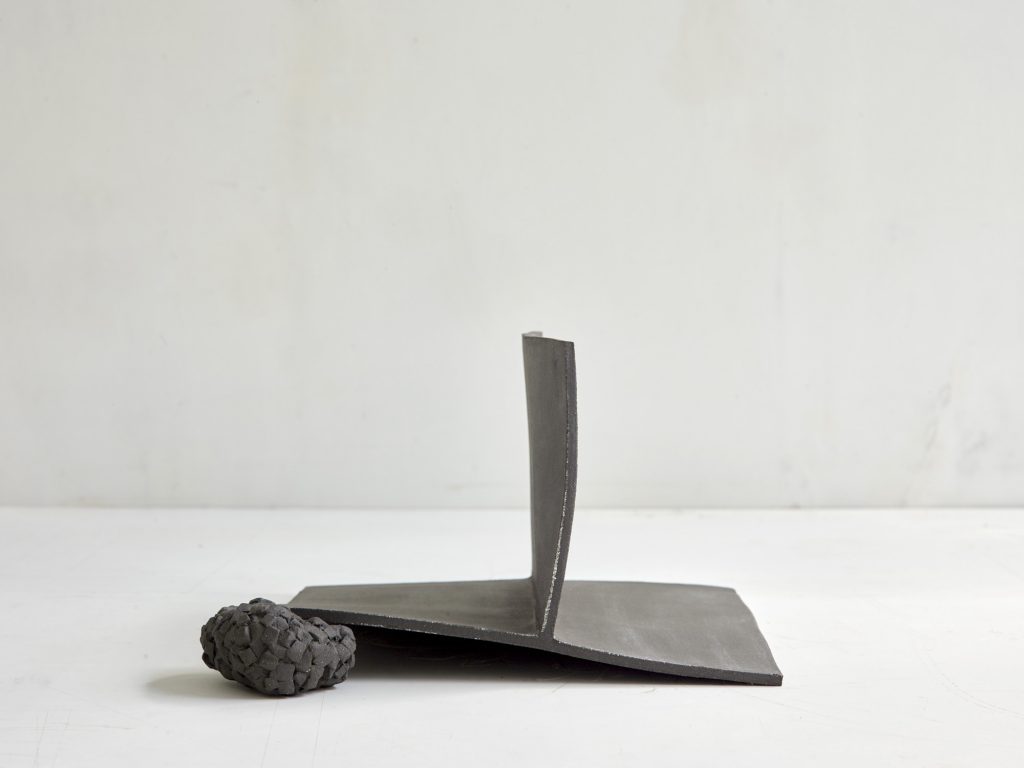 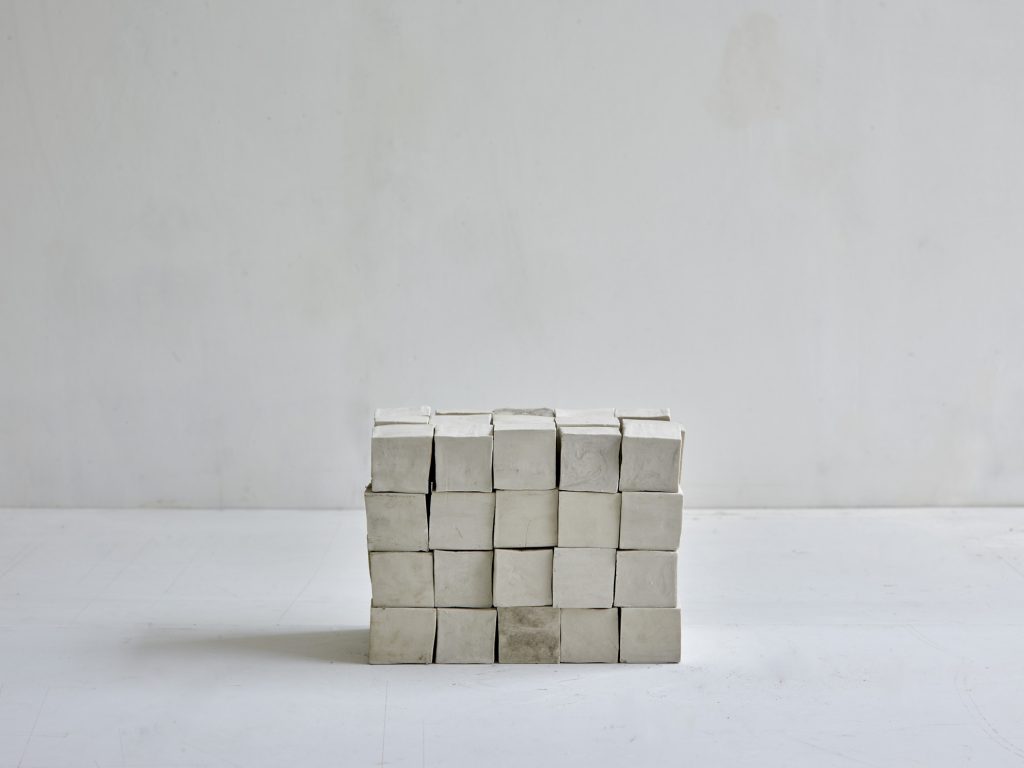