TLmag 27 Extended: New New York
Special Guests
Founded in 2007, Friedman Benda has emerged as one of New York’s leading design galleries. Born out of the tradition of Barry Friedman’s art gallery, a Midtown mainstay, and the cutting-edge vision of Swiss-born wunderkind Marc Benda, the hybrid platform has hosted the likes of Ettore Sottsass, Andrea...
Scroll right to read more ›
Text by Adrian Madlener
Photography by courtesy of Friedman Benda

Founded in 2007, Friedman Benda has emerged as one of New York’s leading design galleries. Born out of the tradition of Barry Friedman’s art gallery, a Midtown mainstay, and the cutting-edge vision of Swiss-born wunderkind Marc Benda, the hybrid platform has hosted the likes of Ettore Sottsass, Andrea Branzi, Wendell Castle, Nendo, Joris Laarman, Paul Cocksedge, the Campana brothers, Marcel Wanders, Shiro Kuramata, Misha Kahn (profiled in this issue) and most recently Faye Toogood. This eclectic range defies categorization yet defines Friedman Benda’s intuitive approach. All of these high-profile talents are exhibiting from 4 May to 10 June as part of DNA10, a self-reflective retrospective celebrating the gallery’s 10th anniversary. TLmag sat down with Benda to mark the occasion and discuss this seminal exhibition and how it presents the gallery’s history.

TLmag: Tell us a bit about your background and the story behind Friedman Benda.

Marc Benda: I grew up in Zurich and studied economics. However, I always had an interest in art and design. Right after high school, my mother and I opened a small gallery. From then on, I knew what I wanted to do and that it would be in New York. Travelling to different fairs around the world, I met Barry Friedman. After a short while, he offered me a job. I was only 25. He wanted me to bring fresh blood into his gallery and to shake things up a bit. Friedman also gave me the opportunity to learn—through observation—that integrity was key. He employs an approach that affords everyone involved an equal say. When I started at the Barry Friedman gallery in 2002, he represented renowned glass artists and furniture designers, but no living talents in that field. My idea was to change that, and so we began presenting work by Ron Arad and Ettore Sottsass. Our initial philosophy was to use the art gallery model as a new platform for design. Few designers had representation like that at the time. As there started to be a clash between contemporary and historical pieces on display, we decided to open Friedman Benda as a spin-off in 2007.

With an already prominent roster of designers and visual artists, we wanted to show excellence in every field. Expanding our geographic purview, we began representing Japanese icons like Kurmata and eventually Nendo. We also looked to the different schools of thought throughout Europe. Joris Laarman came on board as he was developing the Bone Chair. The process of growing our roster was organic, with each new designer considered on a case-by-case basis. As we explored what each one could add to the mix, we realized that we were representing designers from four different generations. Though we mostly mount monographic exhibitions, this range fostered a fresh dialogue. Two years ago, we decided to split our art and design program, giving the latter more room to stand on its own. It took us 10 years to establish a roster of living artists and a dynamic program. Still, our most important task today is to present a more diverse selection. Due to the nature of the industry, most of our talents are white men. We opened our first Faye Toogood show this spring. She represents an important addition and a unique, fresh sensibility.

TLmag: How would you define art design? What aligns the designers you represent?

M.B.: I try to avoid using that term. There are always two layers: one is what someone has actually made while the other is how the industry rationalizes it. The term “art design” began being used 10 years ago when auction houses needed a catchy phrase to convince people that design could be collectable. However, people have amassed objects since Ancient Greece—it’s nothing new. Whatever you call it, a chair is still a chair. We don’t set definitions like that across the different types of applications we show. All the designers we represent have built their own practice from a different background, point of view and direction. Some ceramicists don’t even want to be called designers. That term can also be difficult. It’s also not just about craft. Some of the artists co-op industrial processes while others mix industrial and artisanal production. Others work consistently and exclusively with their hands. We push them to create bodies of work that reveal their thought processes and range. The only link that connects them all is that they present at Friedman Benda.

TLmag: With that in mind, what is the idea behind DNA10?

M.B.: Our first goal is to show how the gallery operates, why we’re relevant, and what we bring to the art world by presenting design. Considering the scope of what we’ve exhibited in the past, such a task is not as straightforward as it may seem. We could have decided to showcase a “best of” selection or simply pulled out a lot of inventory to sell. Instead, our concept was to create a compendium of all voices involved and to find out how they all make sense under one roof: our gallery. Our captions will represent this subjective vantage point. Though most of our exhibitions have been talent-centric, for once, we wanted to look back and have a showcase that is self-reflective and subjective. We began by looking at every work by everyone we’ve shown. The show, which features furniture, light, drawings, texts and videos, will highlight the work of the 20 or more talents we’ve worked with in the last decade. As a historical focus point for much of the work on show, we will include an original Red and Blue Chair by Gerrit Rietveld. It’s a slightly confusing show in the making. Still, reconciling the different creative identities, backgrounds, directions, chosen processes, aesthetics and forms, the resulting image will be Friedman Benda’s vision of design, forged over a 10-year period. 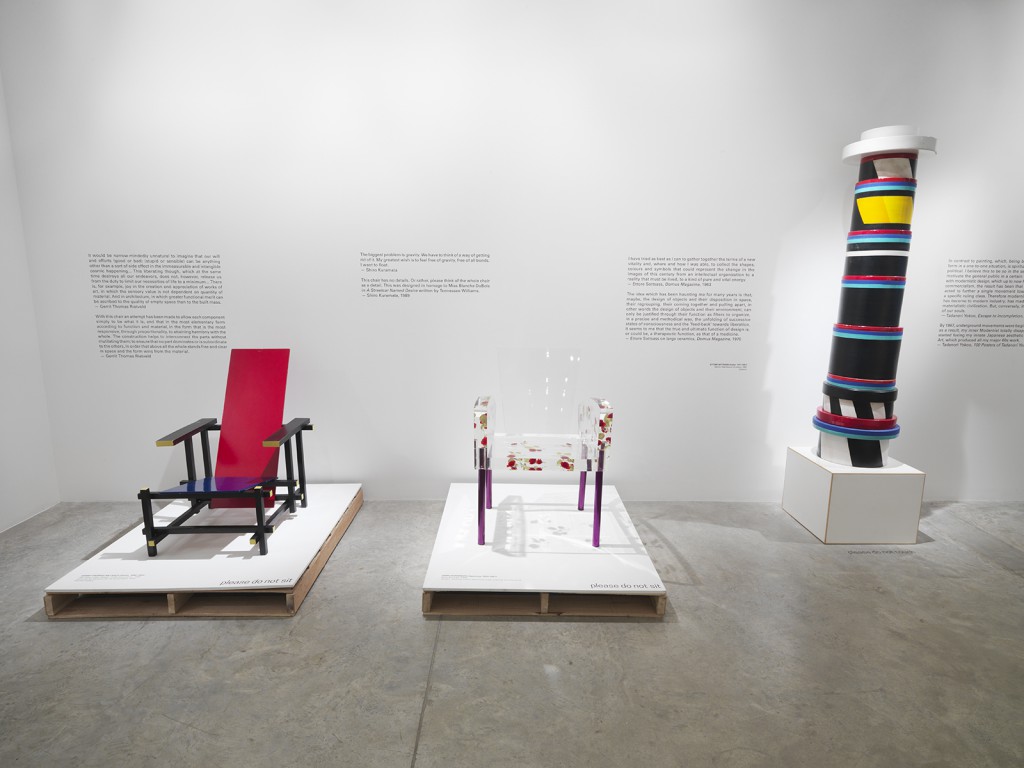 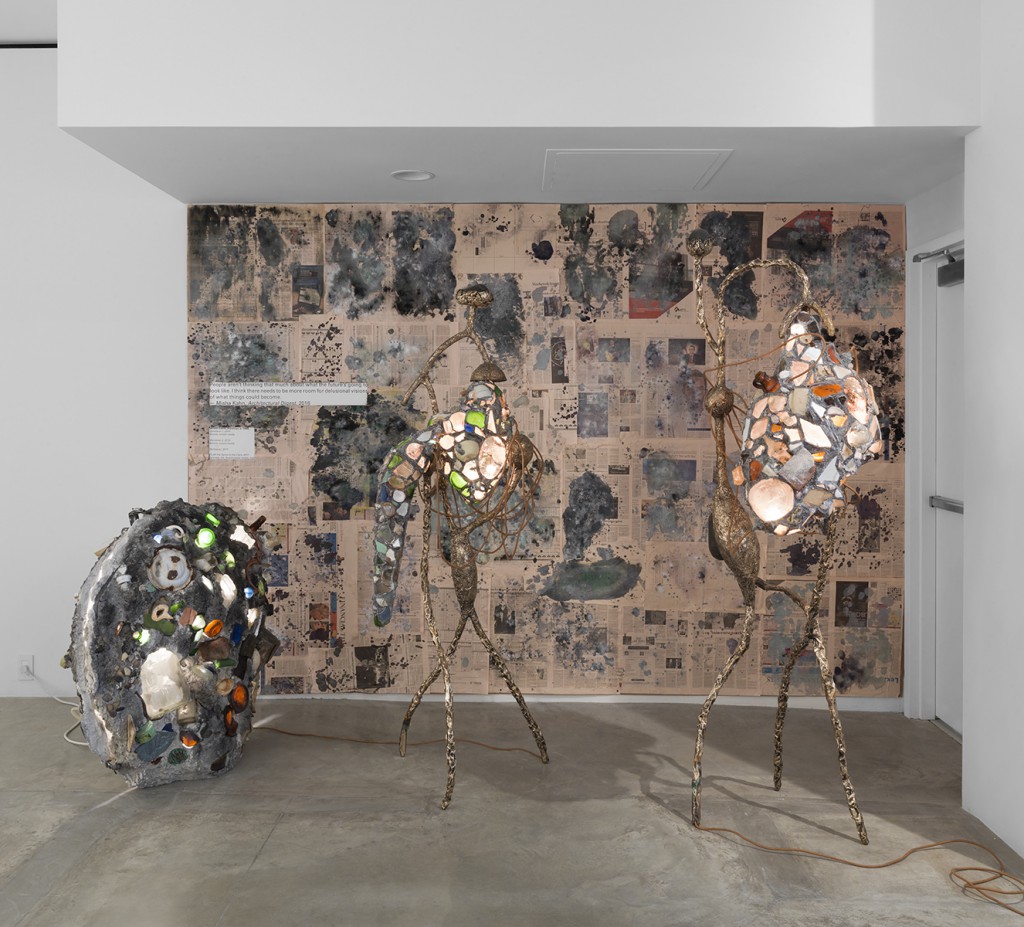 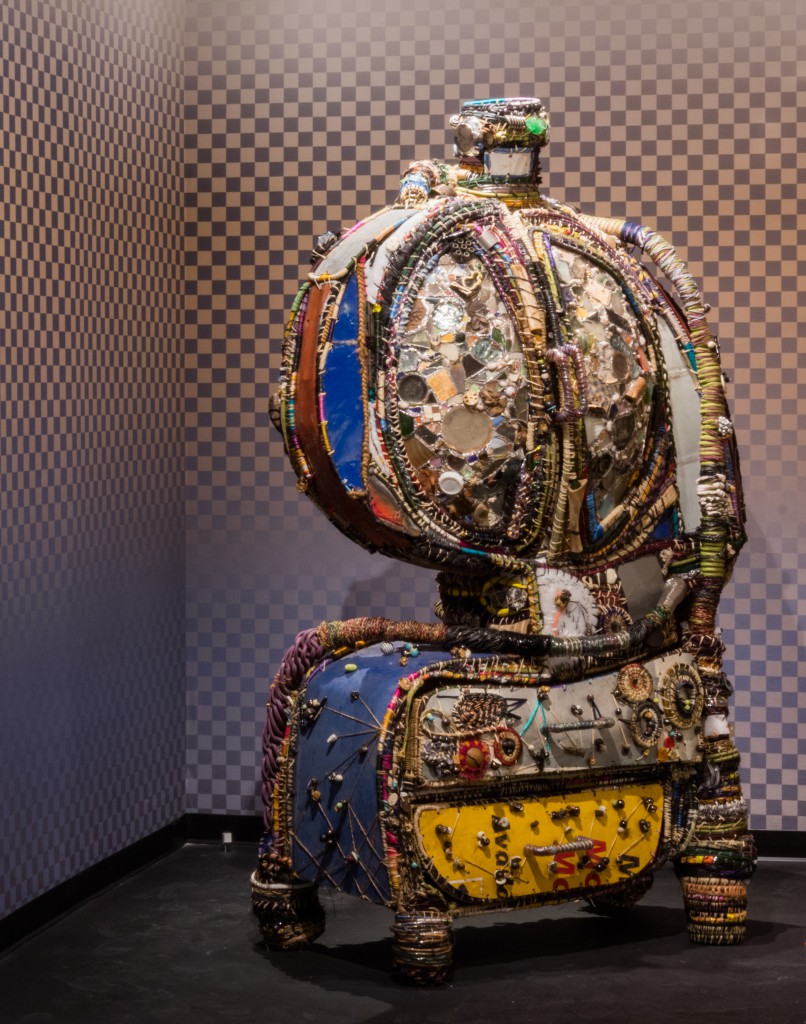 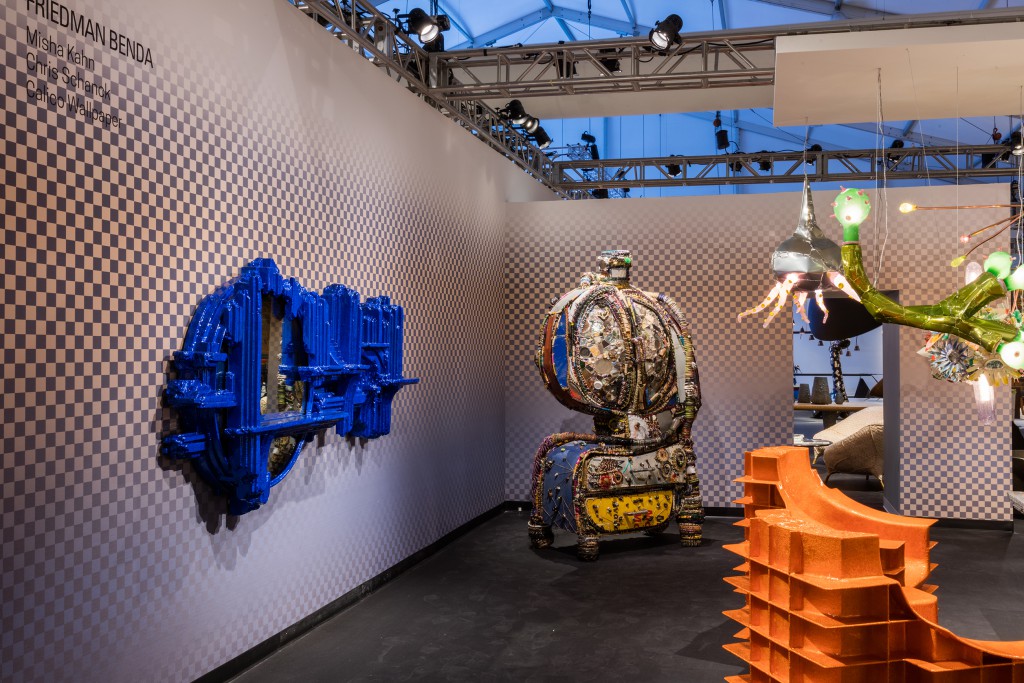 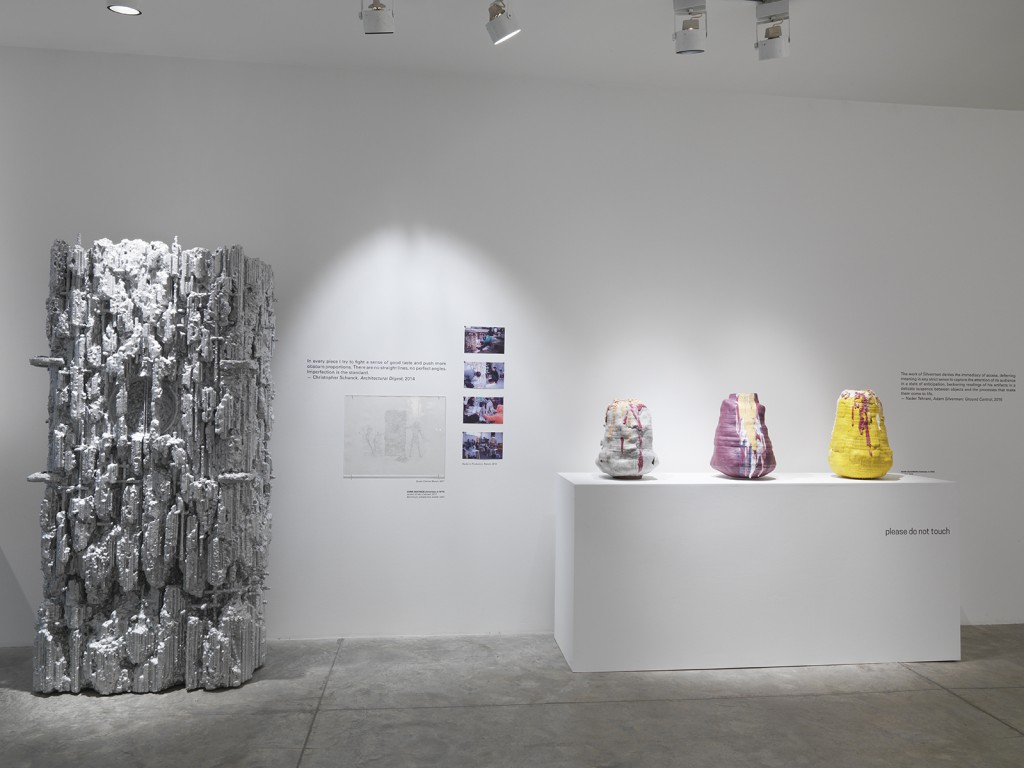 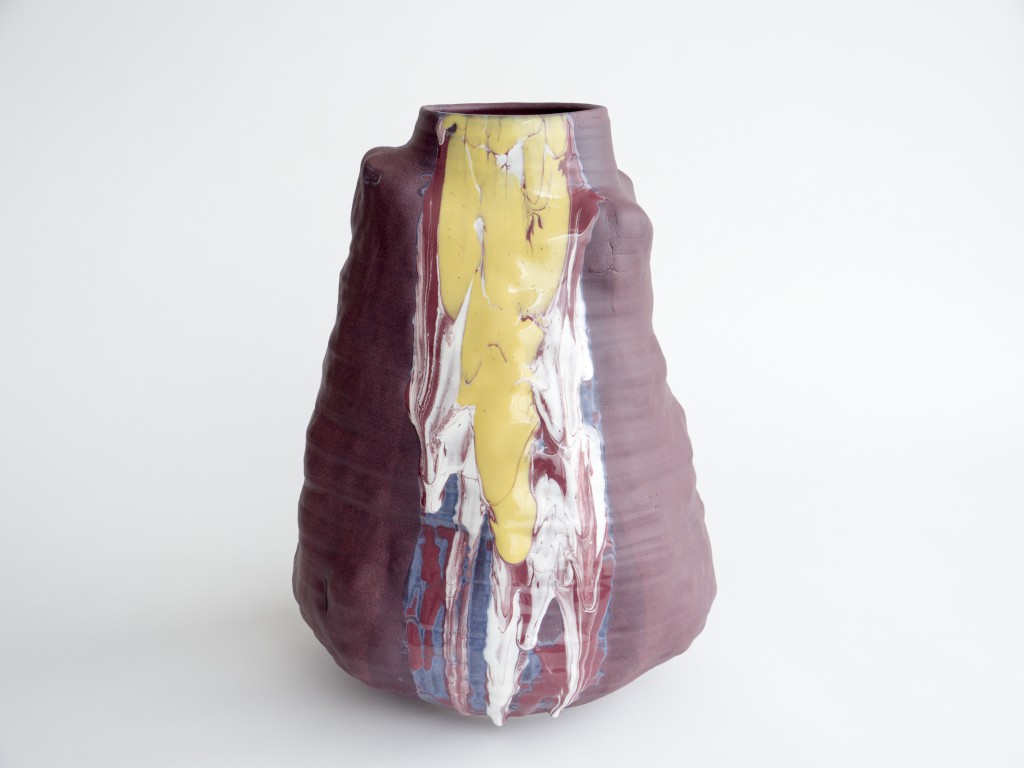 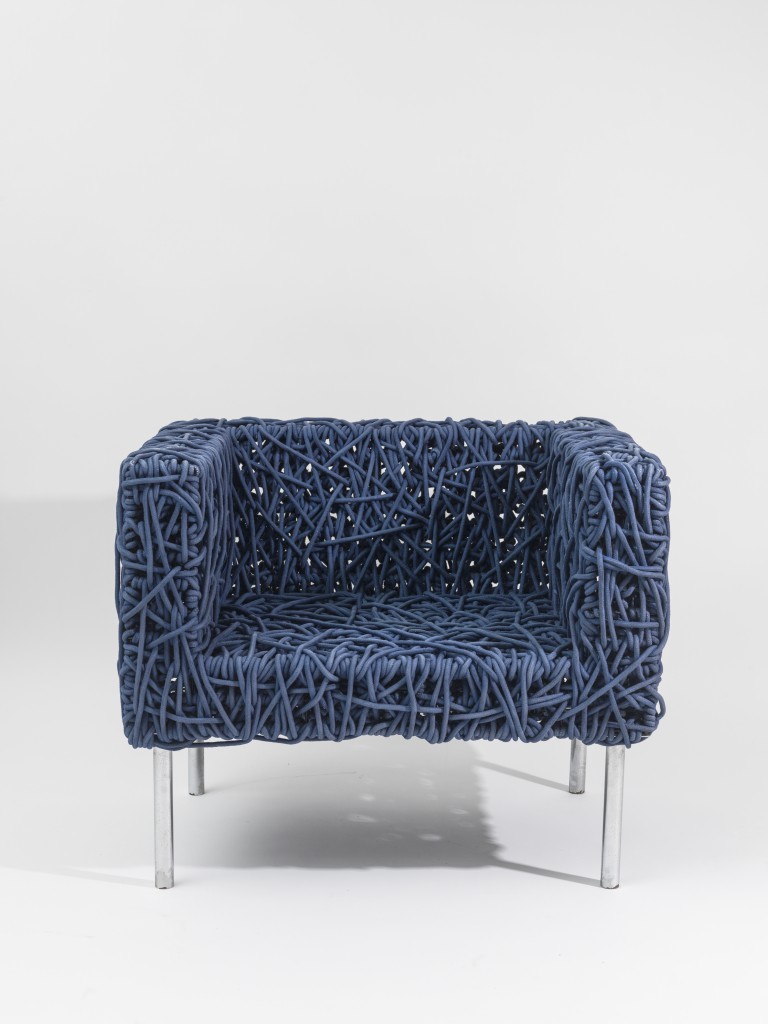 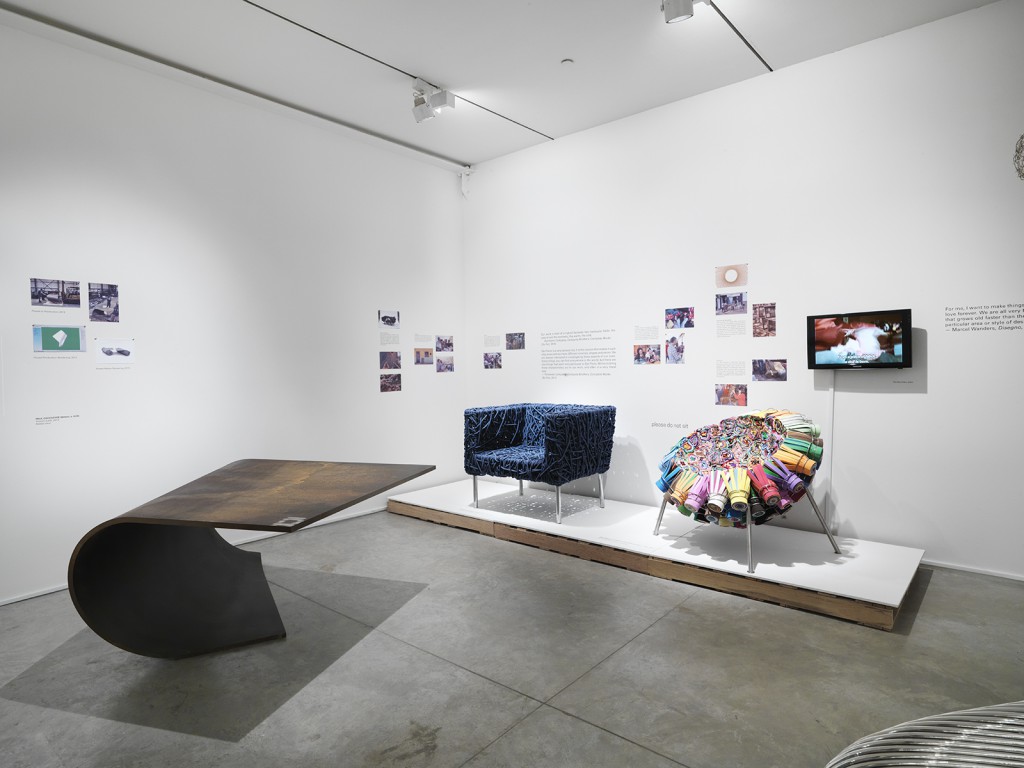 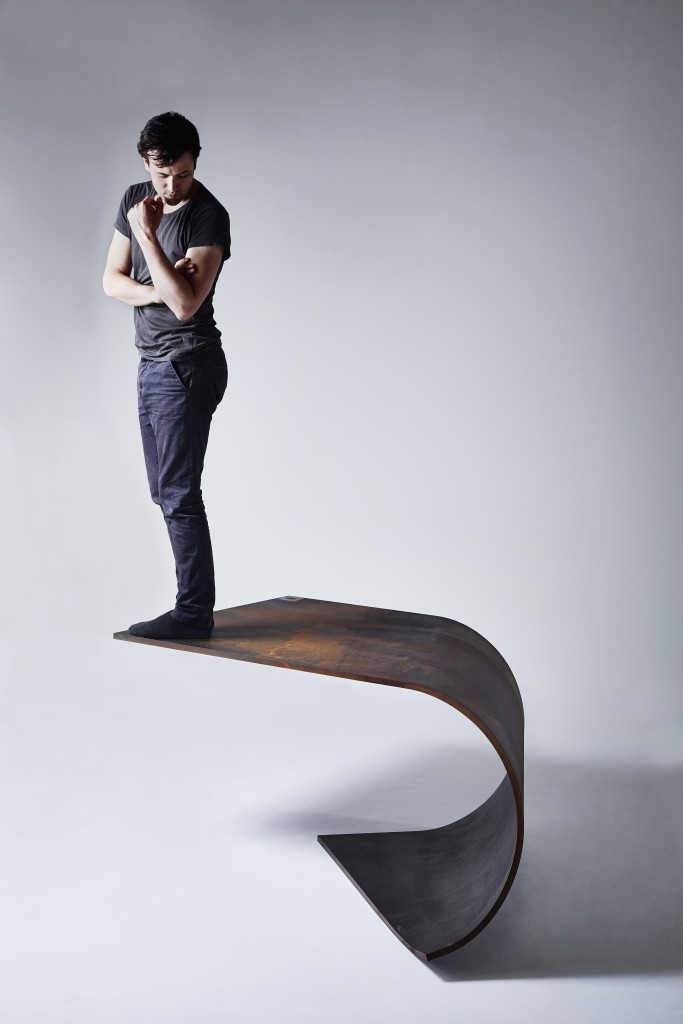 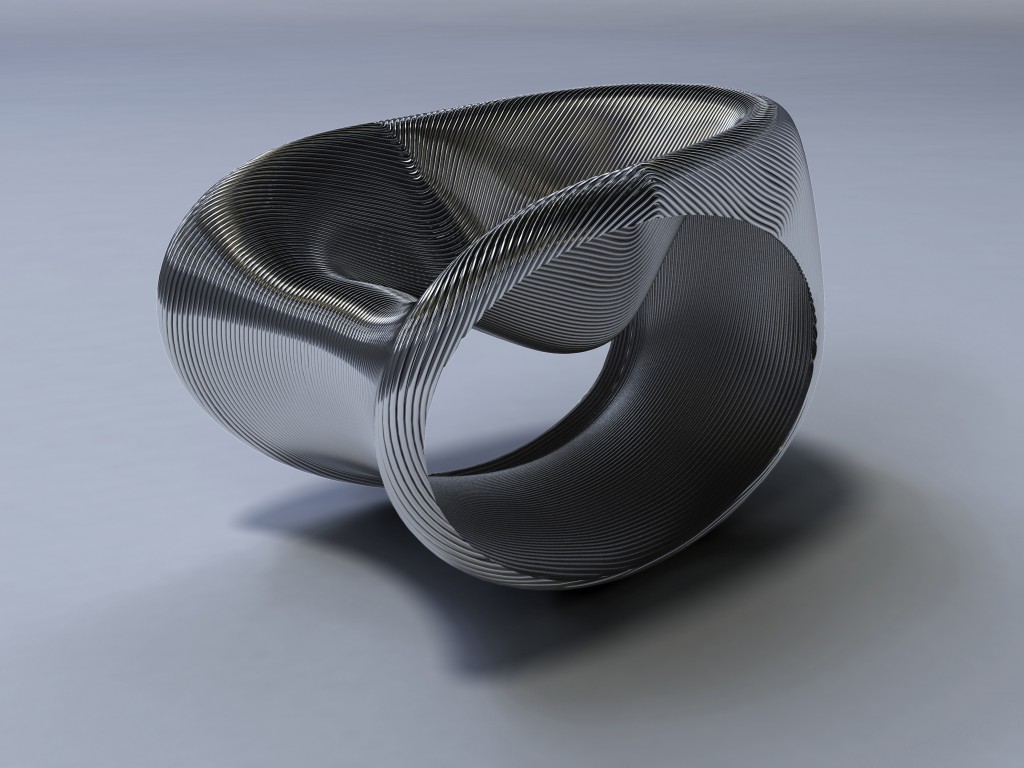 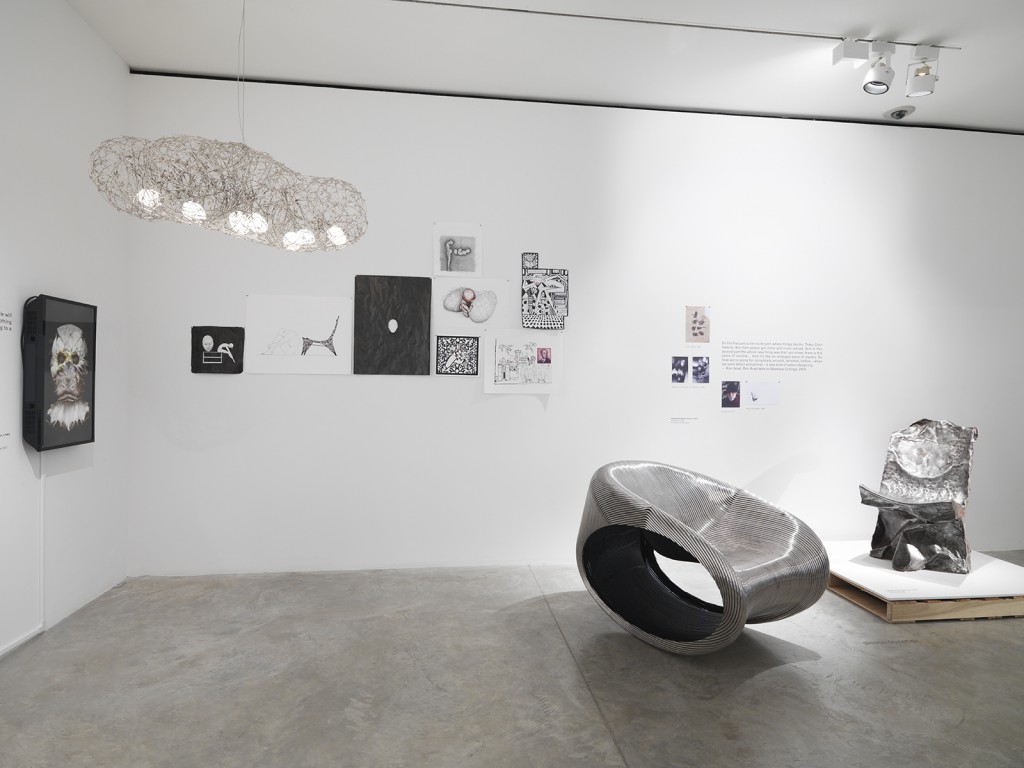 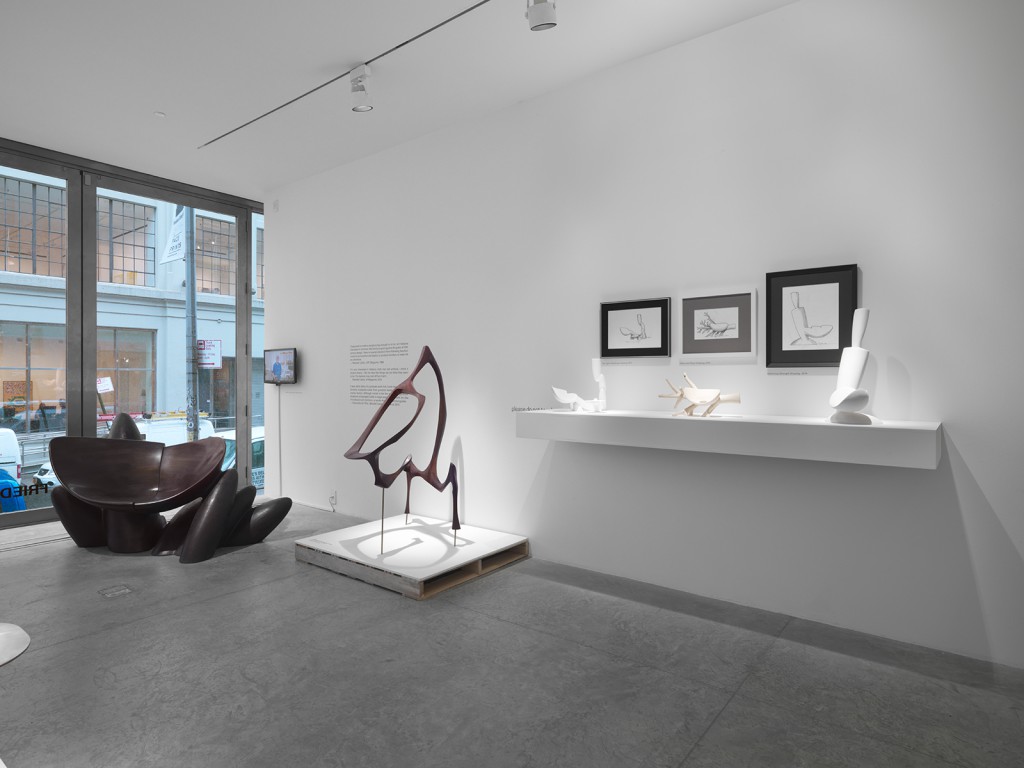 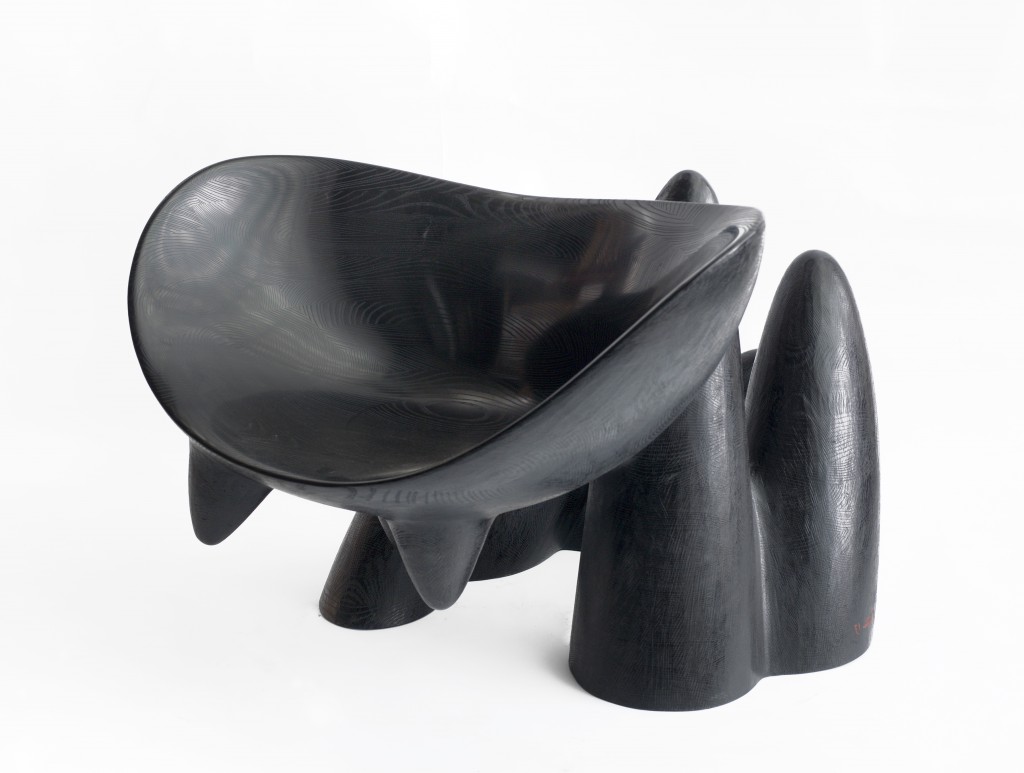 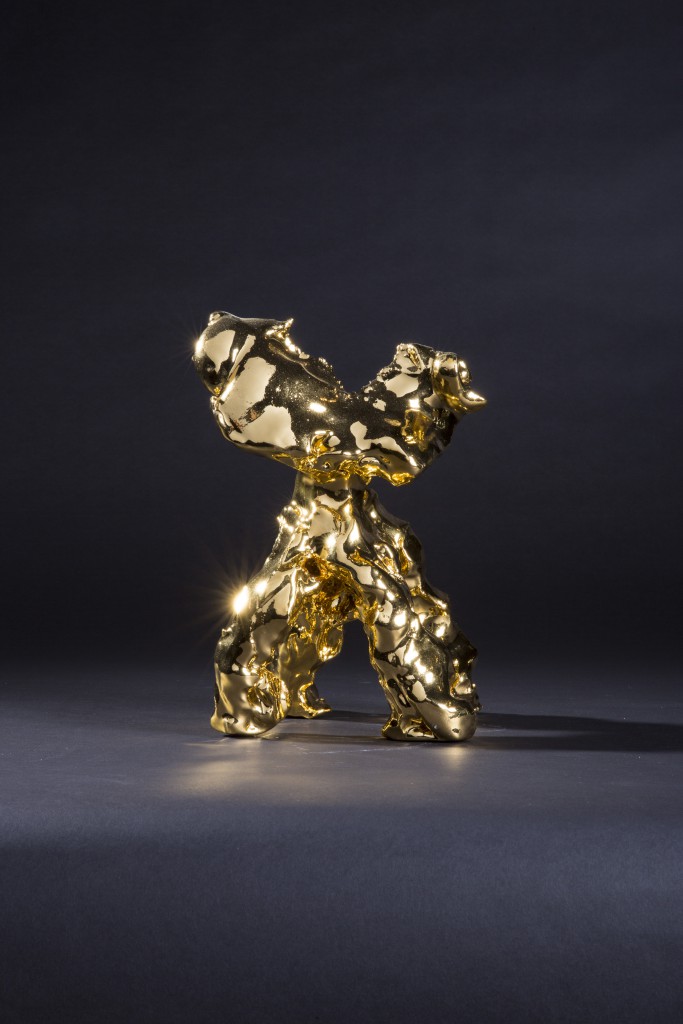 One Minute Sculpture by Marcel Wanders 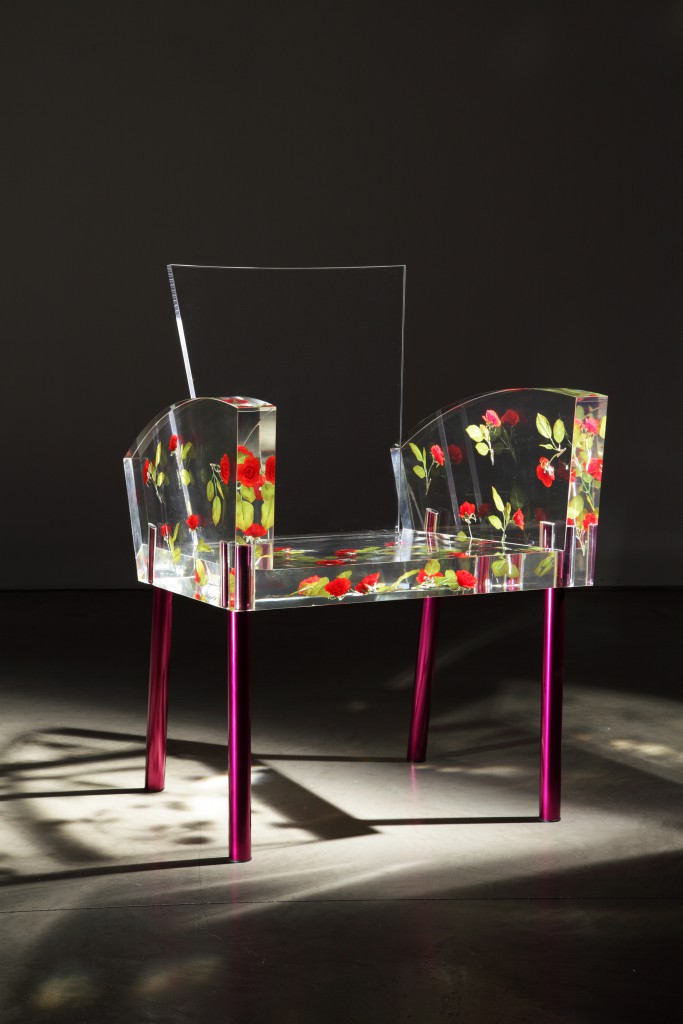 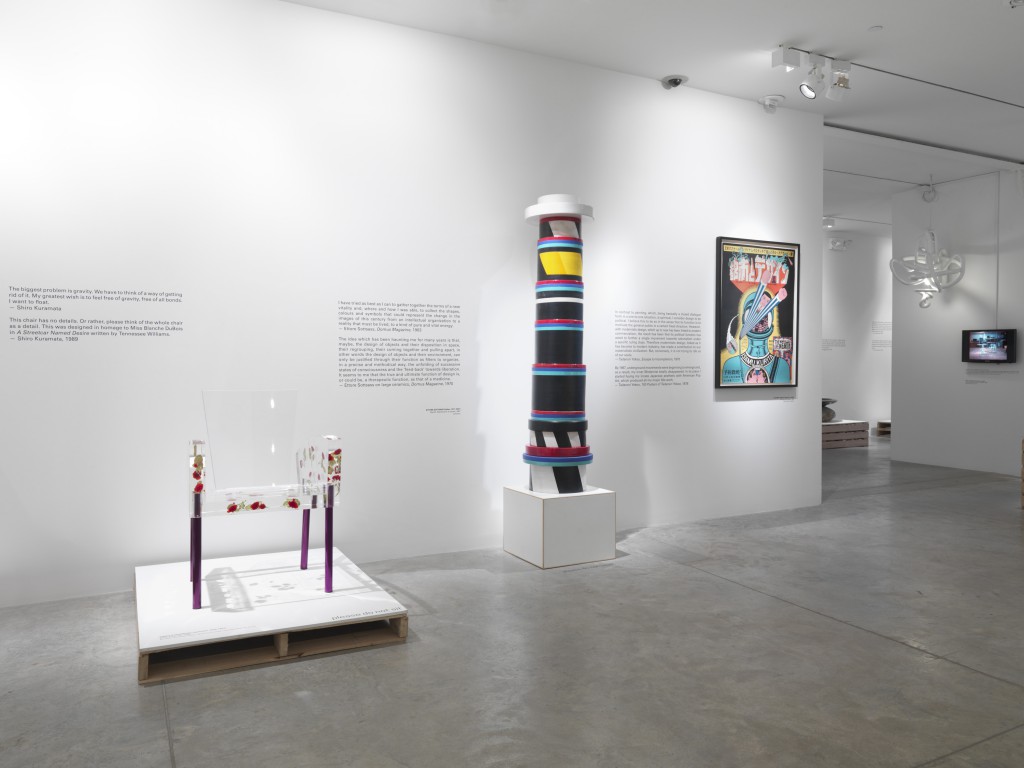 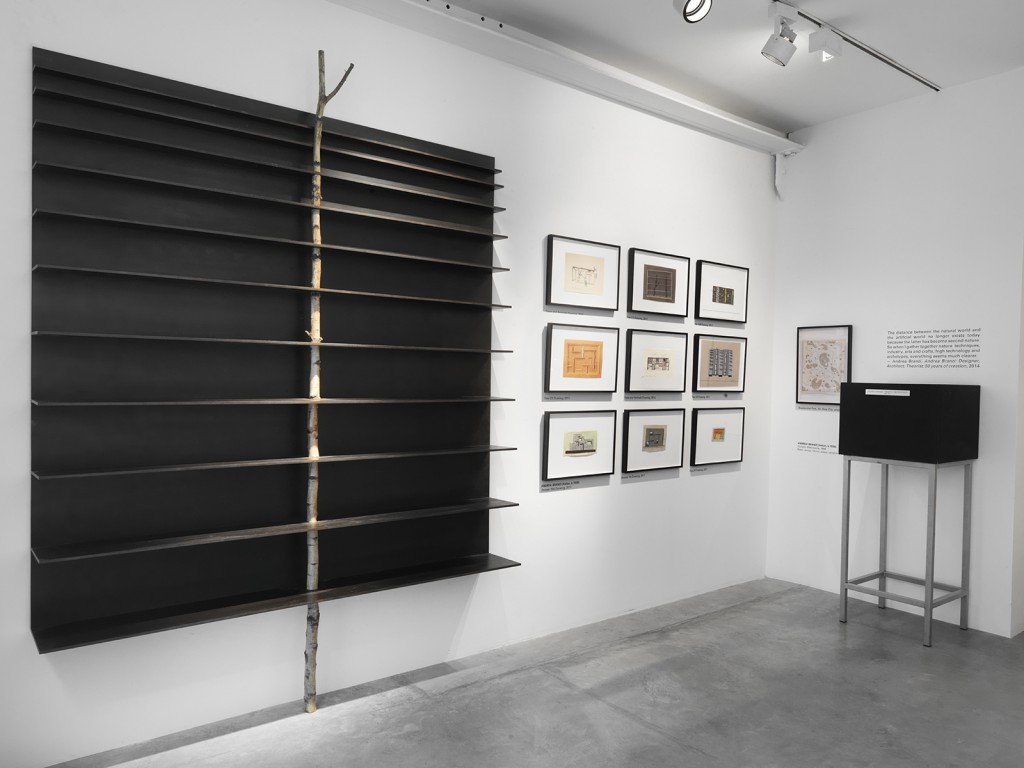