Ultralight yet durable, the 35 arches that comprise the sculpture were assembled together thanks to proprietary technology, which allows to distort the shapes of steel elements

NAWA was conceptualised as part of the European Capital of Culture 2016 celebrations: the official slogan, “metamorphoses of culture,” lead the Zięta design team to think of shifts in the domain of culture and the city itself —how can this metamorphosis rear its head both in Wroclaw and in a tangible object inside it?

The answer is an object that took into account both the changes in the city’s perimeter and in design technology. For the former, the team chose a wild, lush site, the smallest island in an archipelago in the Odra river, surrounded by historical architecture. For the latter, Zięta devised a way to make the sturdy construction rather ultralight: a proprietary technology called FiDU, that allowed them to distort the shapes of steel elements welded together. By inflating the metal forms with compressed air, they become durable and stable —and yet light at the same time. This is, in a sense, the first large-scale artistic manifesto for the scope of this technology.

These organic arches, whose undulating shapes are an answer to the terrain itself, serve as both elements to facilitate construction and as facilitators of artistic expression. Building on Jean Prouvé’s research on the arch form, they’ve rethought its execution and visual features thanks to the FiDU technology; by sticking to bionic forms, they honor the natural surroundings and the neighbouring buildings, such as the Ossolineum, the church’s tower at Piasek, the Wrocław Market Hall and Ostrów Tumski.

Visitors are now able to see these connections thanks to the gate-like shape of NAWA: after crossing the footbridge, pedestrians can see these selected landscapes and cityscapes both from the inside and the outside, perhaps revealing many new perspectives. 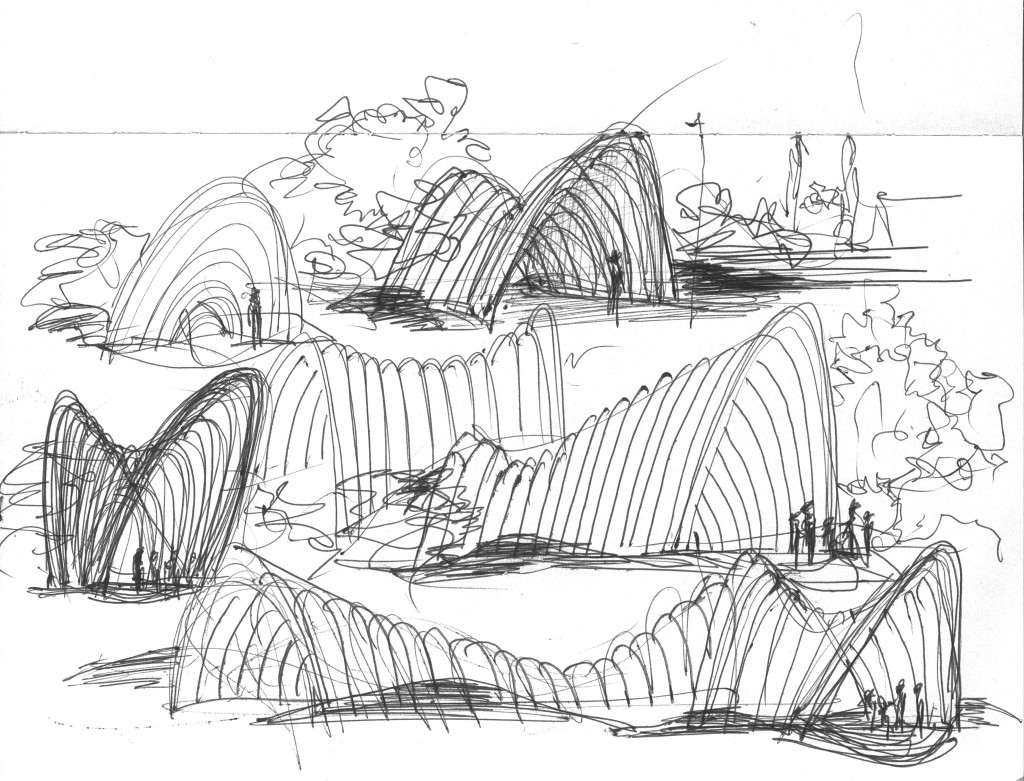 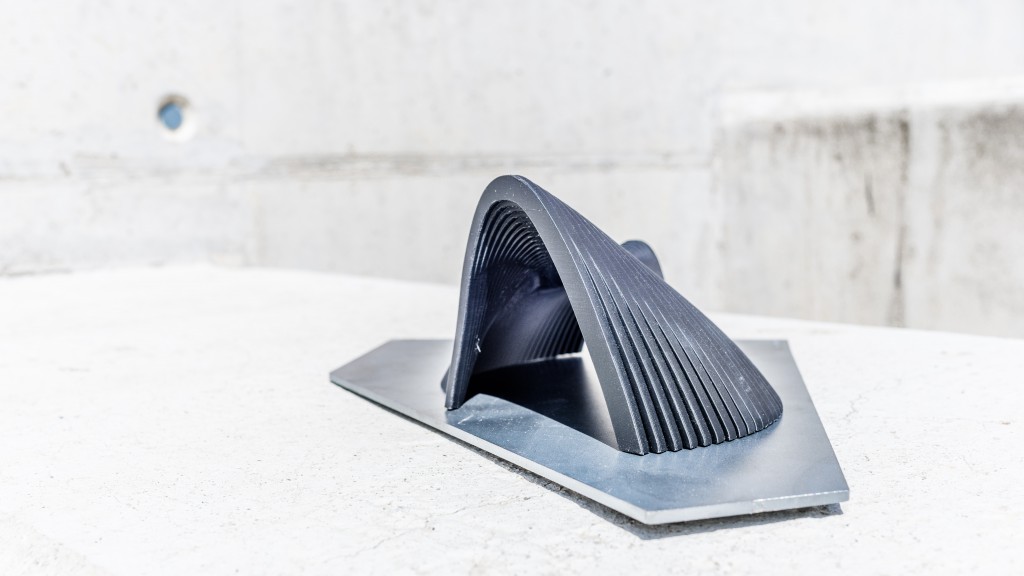 An initial model for the NAWA sculpture 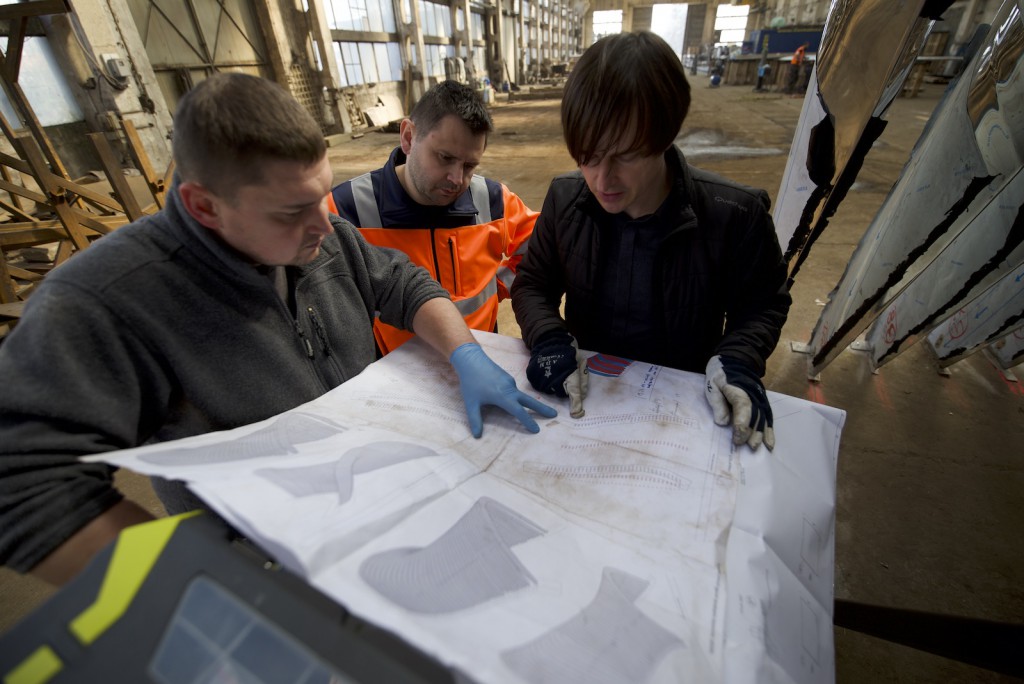 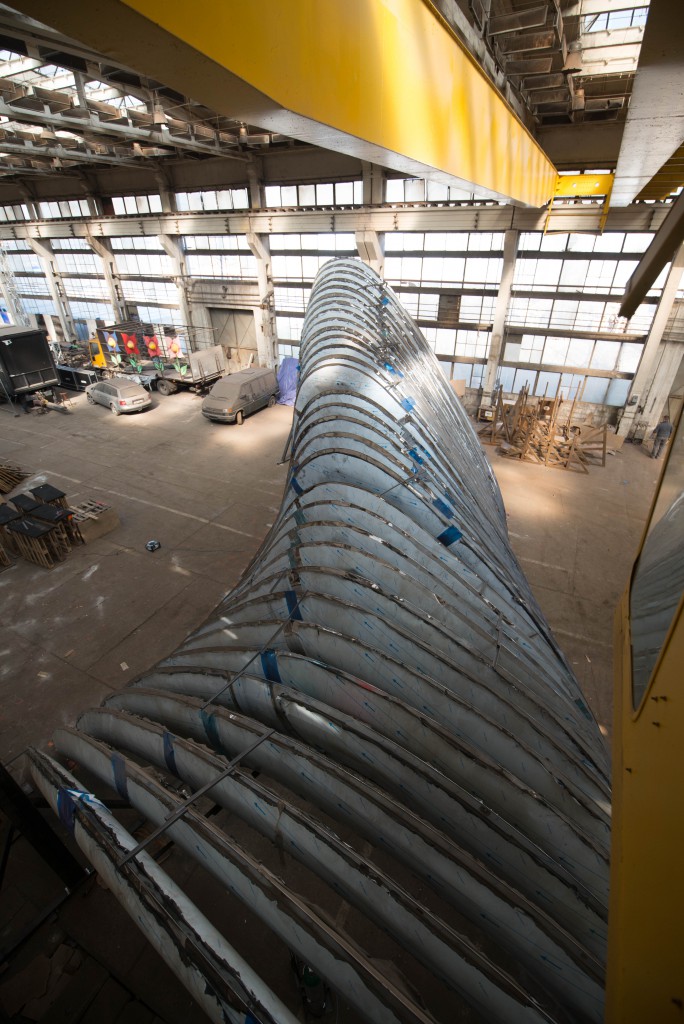 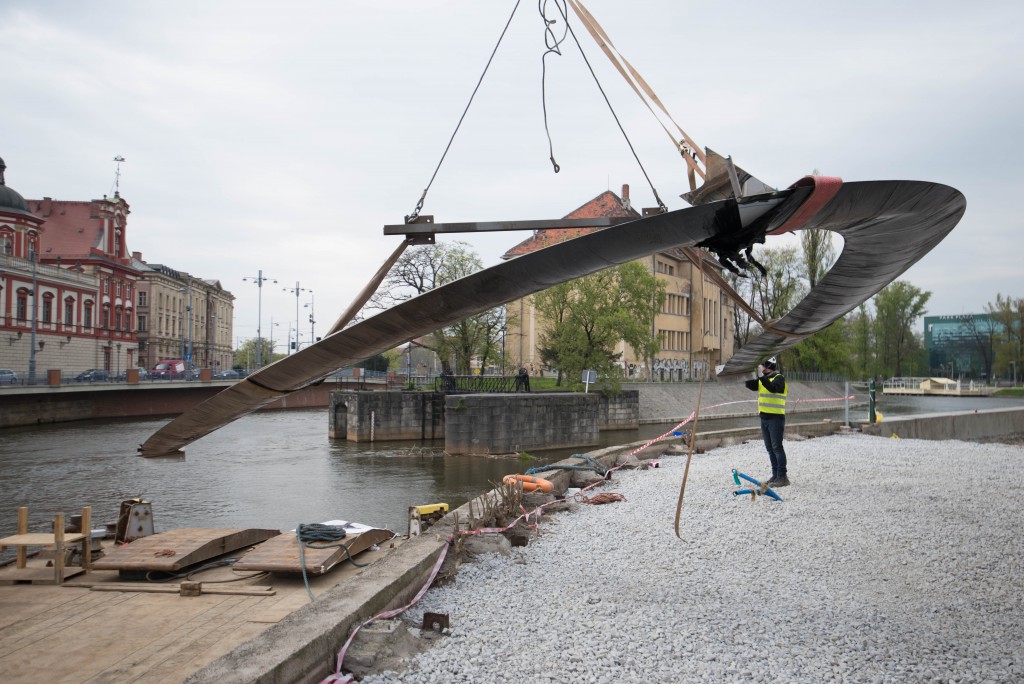 Installing one of the sculpture's 35 arches

The sculpture in place on Daliowa island 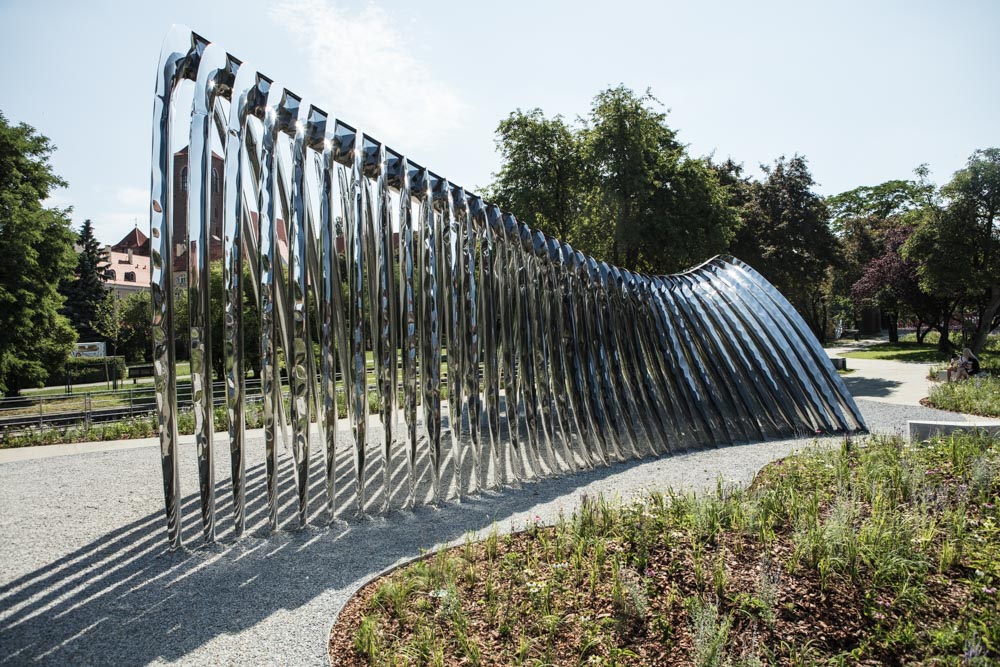 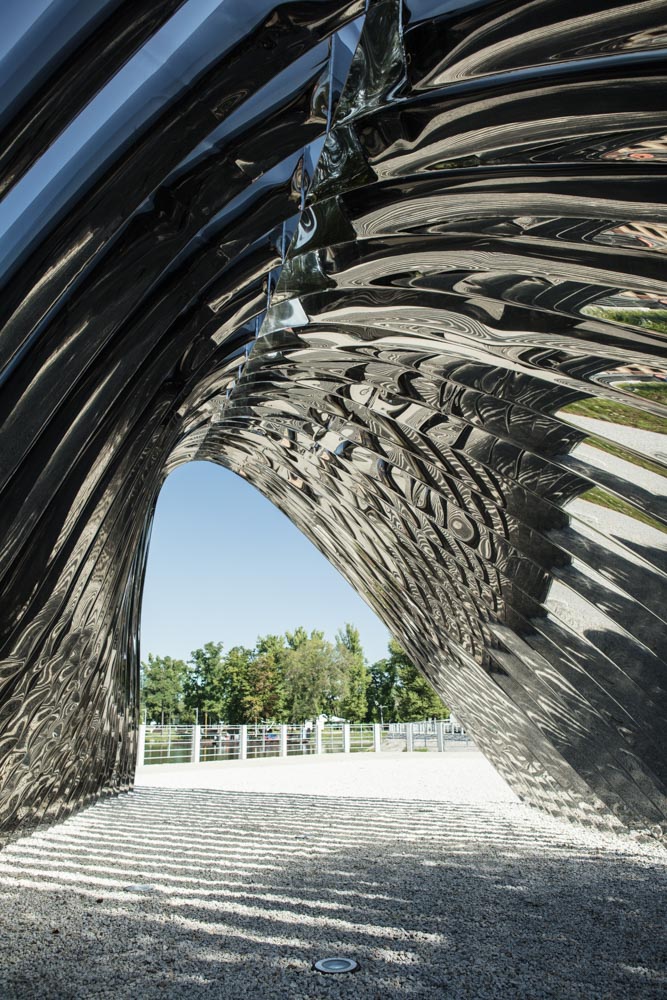 Below the sculpture's steel arches
‹ Back