Small Wonders at the Rijksmuseum

The grand Rijksmuseum in Amsterdam is going tiny, with a showcase of more than 60 pieces of Dutch micro-carving from the Middle Ages

For those used to seeing the large-scale works of the old masters at the Rijksmuseum, prepare to squint: with Small Wonders, the Amsterdam institution is showcasing more than 60 micro carvings —that is, a few centimetres high— from the late Middle Ages.

The selection, about half of all the pieces of its kind in existence today around the globe, includes Biblical scenes, carved figurines, miniature shrines, coffins and skulls from the 16th century. These objects come from a collaboration with the Art Gallery of Ontario in Toronto and the Metropolitan Museum of Art in New York, as well as loans from the Louvre in Paris, the Victoria & Albert Museum in London and the Schatzkammer der Residenz in Munich.

The intricate craftsmanship notwithstanding, these items were mostly meant for private use —and even for entertainment. The two North American institutions involved in the technical research of these historical items discovered that the majority of the micro-carvings were so consistent in style and technique that they must have come from the workshop led by Adam Dircksz in Delft. His craftsmanship is on exuberant display in the prayer-nut of the Crucifixion and Christ before Pilate, where a little figure can be seen wearing minuscule glasses.

But no glasses are needed to visit this exhibition: Small Wonders provides a potent magnifier for each piece —and just in case, there’s a companion illustrated book edited by Rijksmuseum curator Frits Scholten, as well as a mobile website that allows visitors to zoom in far beyond the capacity of the human eye.

The exhibition is open until September 17, 2017 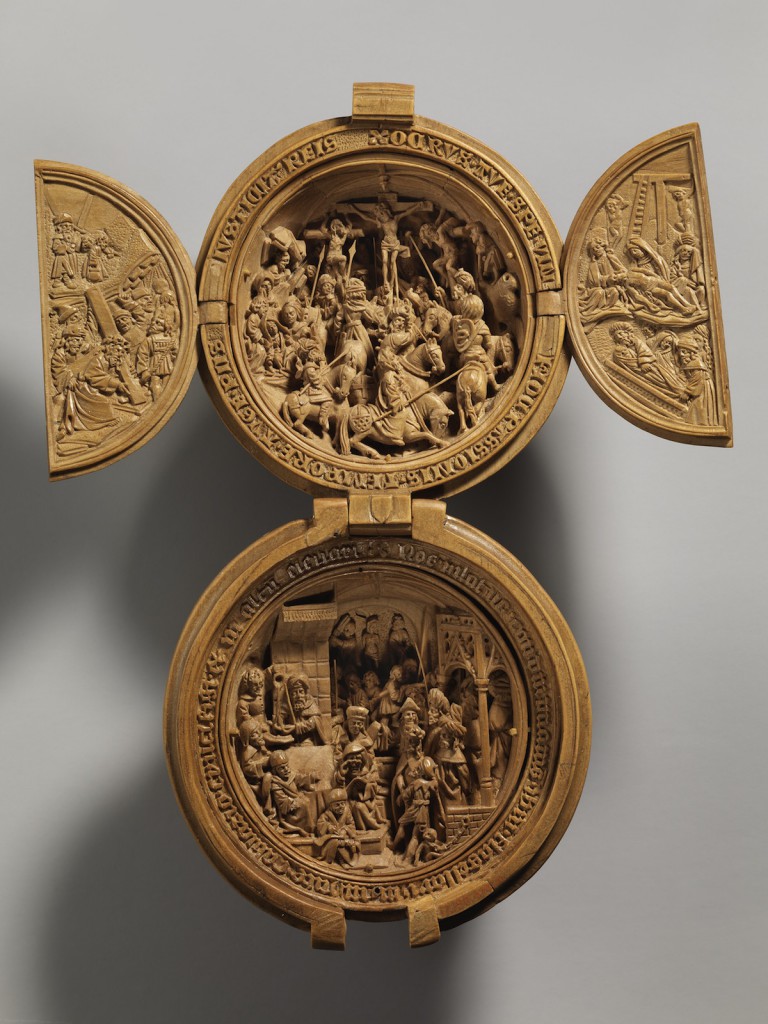 Prayer nut with Crucifixion and Christ before Pilate, Adam Dircksz. and workshop, ca. 1500-1530, The Metropolitan Museum of Art 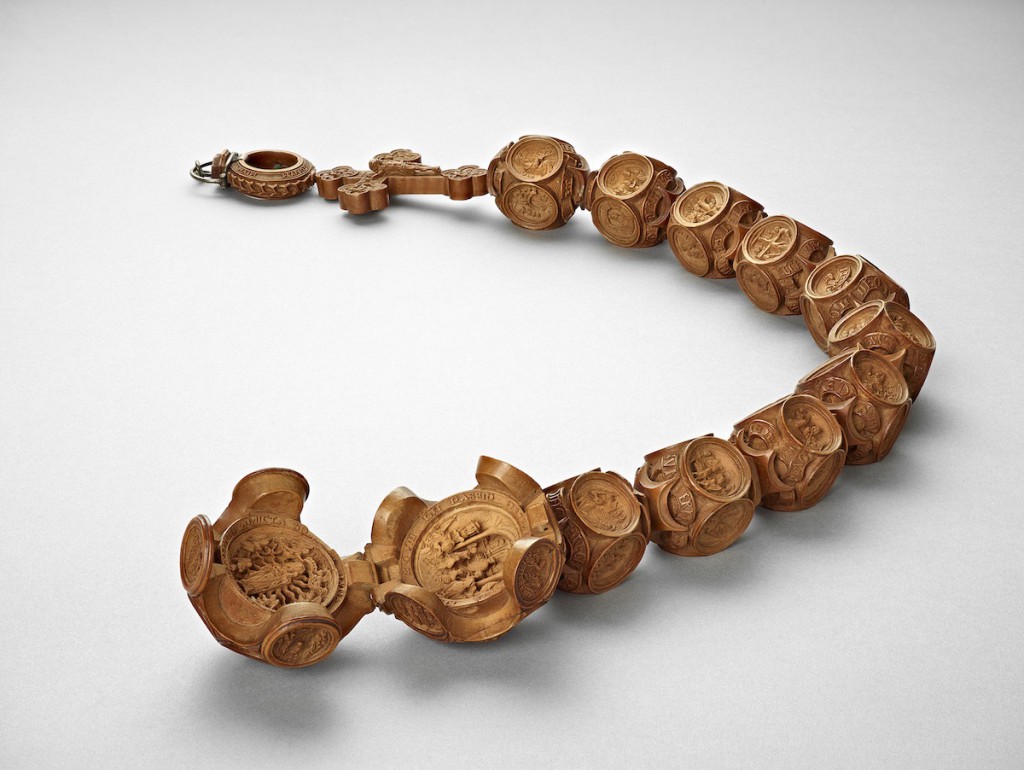 Paternoster bead made for King Henry VIII of England and his wife Catherine of Aragon, Adam Dircksz. and workshop, 1509-1526, The Trustees of the Chatsworth Settlement. Photography by Craig Boyko. 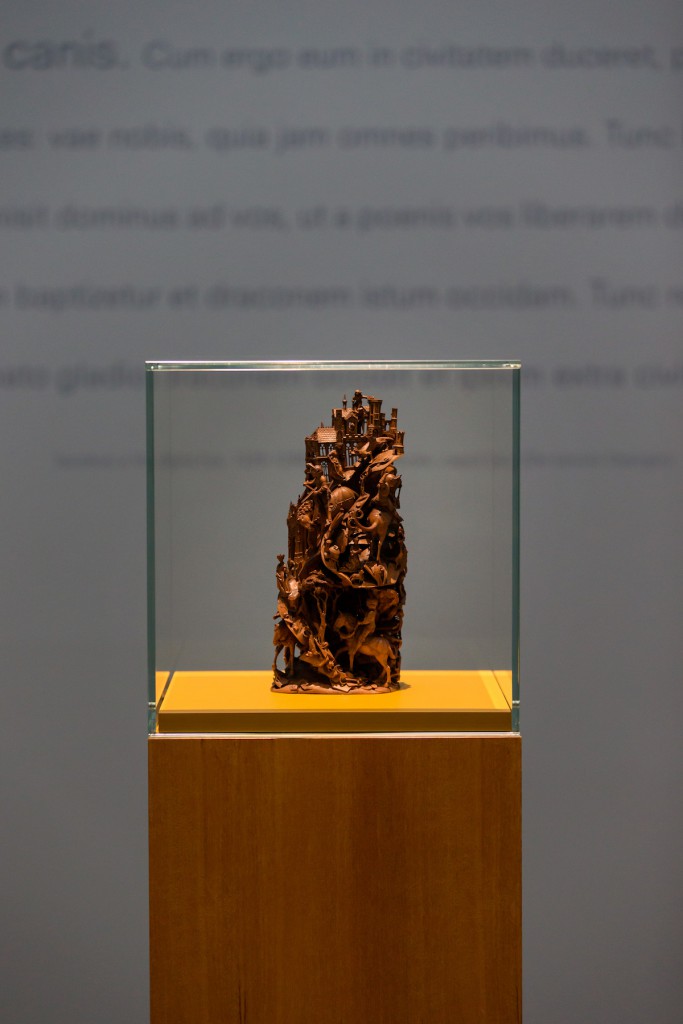 The exhibition at the Rijksmuseum. Photography by Olivier Middendorp 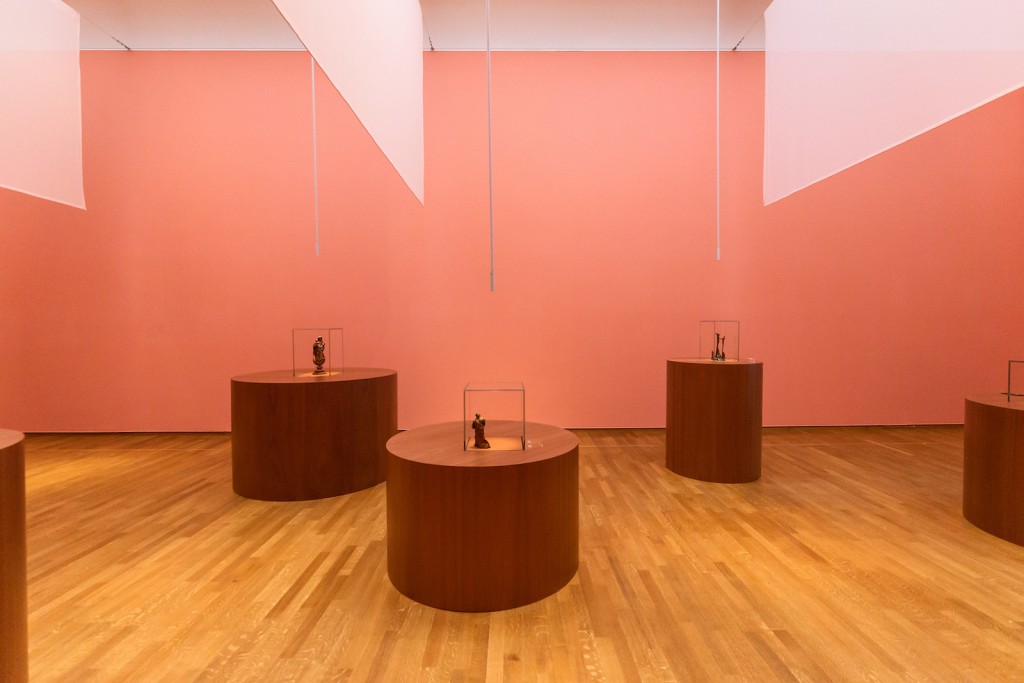 Micro-carvings on display in Small Wonders. Image by Olivier Middendorp 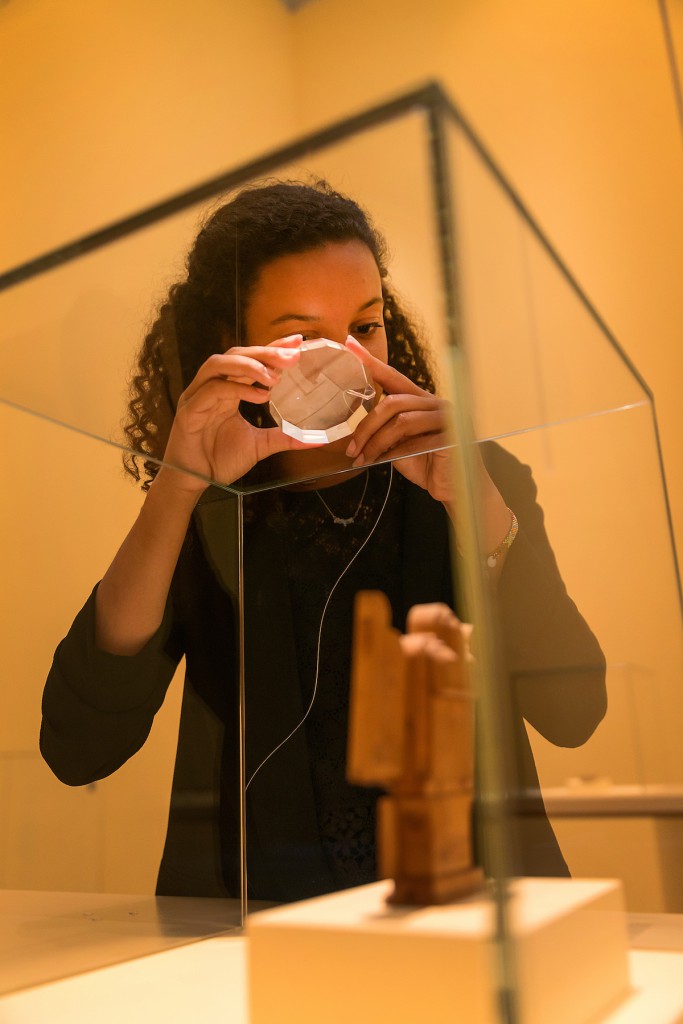 Appreciating the craftsmanship of the micro-carvings. Image by Olivier Middendorp.