Tokujin Yoshioka is a Japanese designer and artist. His works are part of permanent collections in museums worldwide, including Museum of Modern Art in New York or Centre George Pompidou in Paris. TL Mag ha the chance to talk about his asian aesthetic.

Tokujin Yoshioka transcends the limitations of materials. Some of his furniture pieces act as clouds and others are baked in an oven like bread, while still others seem to melt into thin air. The Japanese designer, born in 1967 in Tokyo, tests the boundaries of materials in a surprising and alluring manner. For this issue dedicated to Asian aesthetics, we spoke with Tokujin Yoshioka about his influences, including Japan and Henri Matisse.

TLmag: Lightness and transparency play an important role in your work. Why is that?
Tokujin Yoshioka: I am fascinated by transparency because it is never static. When light encounters transparent objects, they automatically start to change and to react to their environment. Light is a very important part of my work. I almost use it as a material that can be deformed and manipulated.

TLmag: Why do materials in particular play such a key role in many of your products?
T.Y.: Design is above all a mental process, one which is also strongly influenced by feelings. This makes design very personal. When I work on an object, aesthetics come first. It is the result of the materials and the processing I have already decided upon. If you work only on the form of products, you cannot really take a step forward. Today, so many pieces of furniture are very similar because they are all made of the same materials. As designers, we have to think at least as much about the materials as about the shape or function of an object. Breaking expectations with it is very exciting.

TLmag: What is typically Japanese in your work?
T.Y.: Perhaps it has to do with the fact that nature always plays an important role for me, even though I often use it in an abstract way. The Japanese conception of nature is often characterised by its distinctive perception of space. It involves the sensory realisation of the surrounding atmosphere through what may be described as signs of energies or aura. Similar ways of sensually appreciating nature’s intrinsic beauties can be recognised in the Japanese tea ceremony.

TLmag: For the Shōren-in Temple near Kyoto, you have designed the KOU-AN Glass Teahouse, which will travel outside of Japan soon. What makes it different from traditional tea houses?
T.Y.: The KOU-AN does not have the scroll or flowers that all traditional tea houses have, but the floor sparkles in a way that reminds us of a ripple of water. At some point in the afternoon, sunlight is coming through a glass prism on the roof and it seems like a flower of light. By sensing the transformation of light from the ceiling, we can perceive the time itself.

TLmag: Prisms are also part of many other projects like the exhibitions Spectrum and Rainbow Church. What is your interest in the refraction of light?
T.Y.: When I was in my early twenties, I visited the Chapel of the Rosary in Vence, near Nice, which was designed by Henri Matisse. The entire room was filled with wonderful, bright colours brought out by the sunlight. Since then, I have wanted to create a building in which light can be experienced in a similarly intense way, a place where a whole field of rainbow patterns on the ground constantly changes with the sun’s position. For the exhibition Rainbow Church, I designed a window nine meters high with five hundred vertical prisms. For me, this was the first step towards architecture. Even if it is still too early at the moment, I would like to design a whole building like this. And who knows, maybe it will be a church. 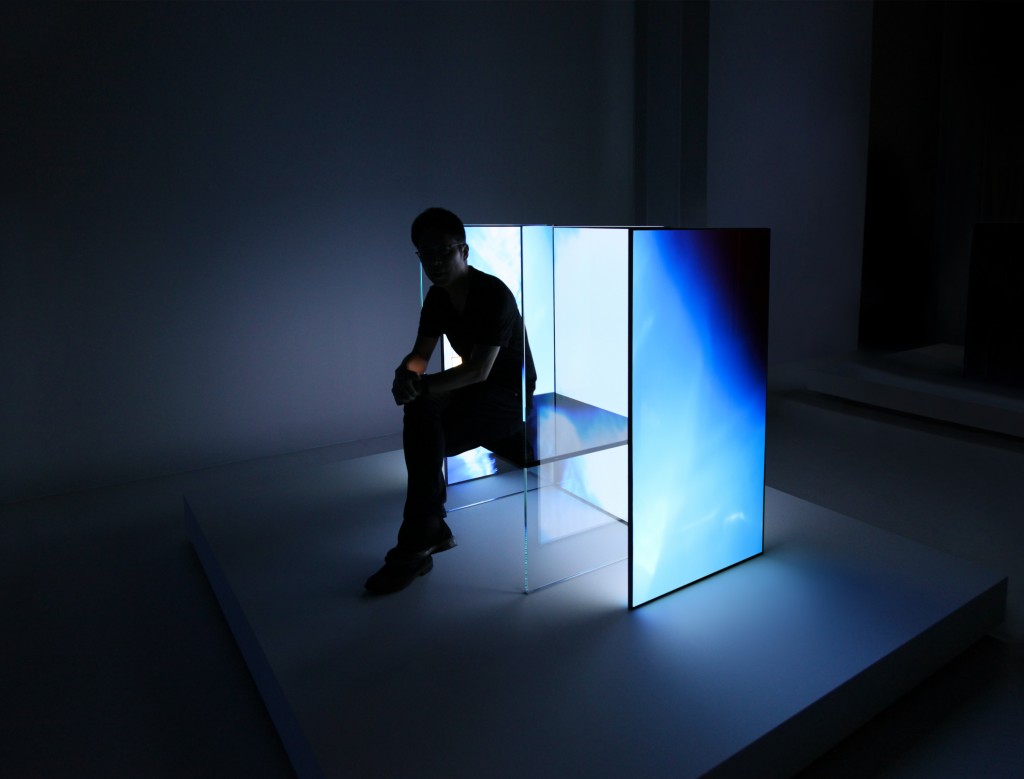 Chairs illuminated by OLEDs for the LG Installation S.F_Senses of the Future, Milan 2017 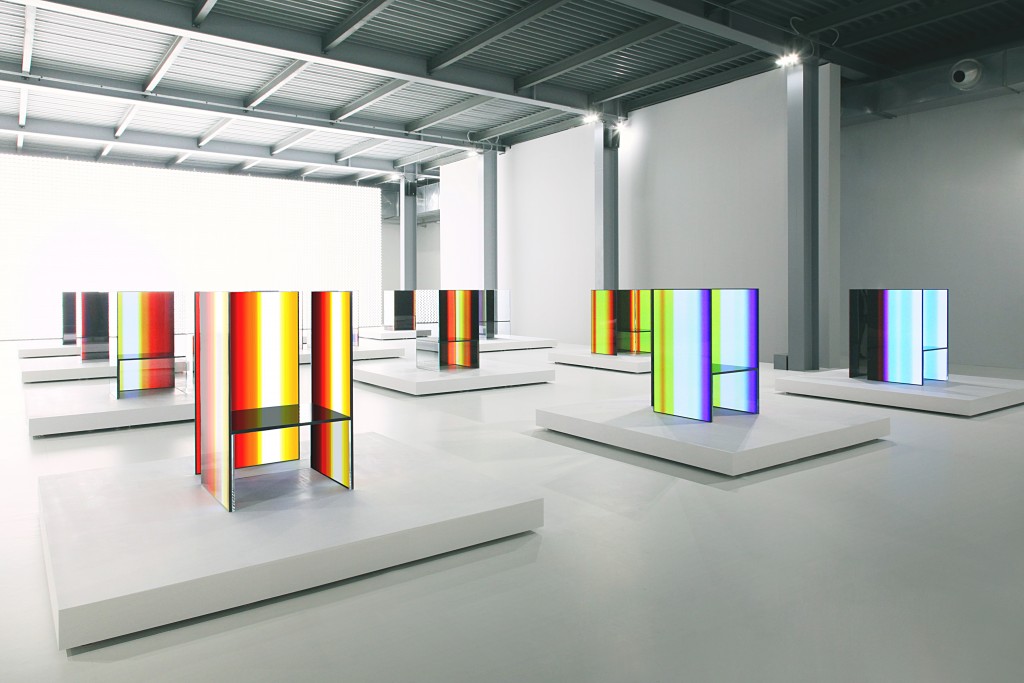 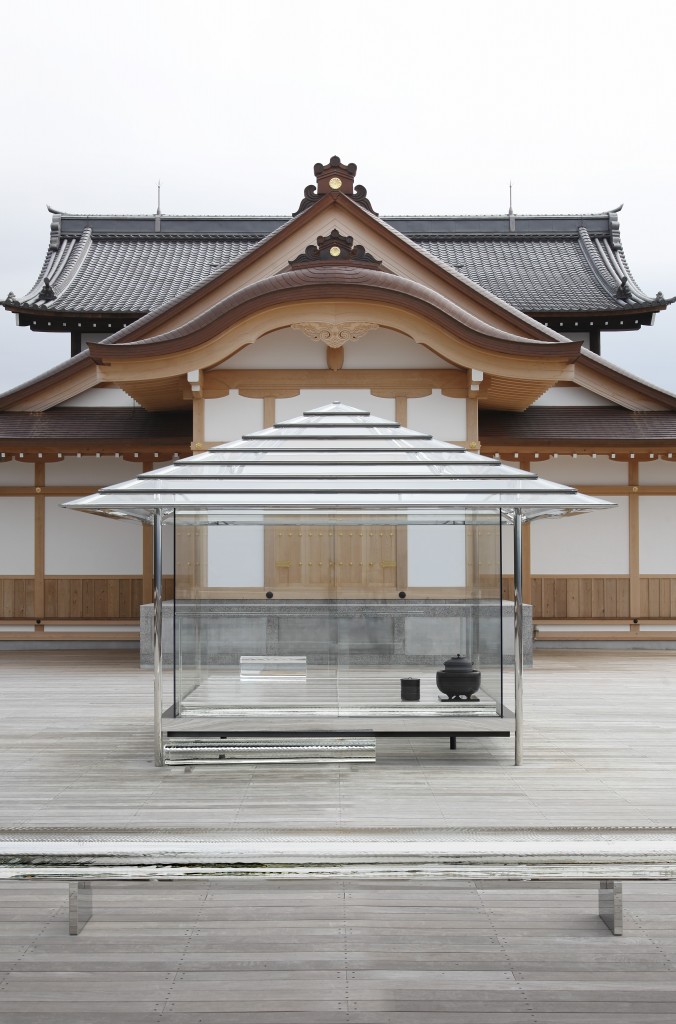 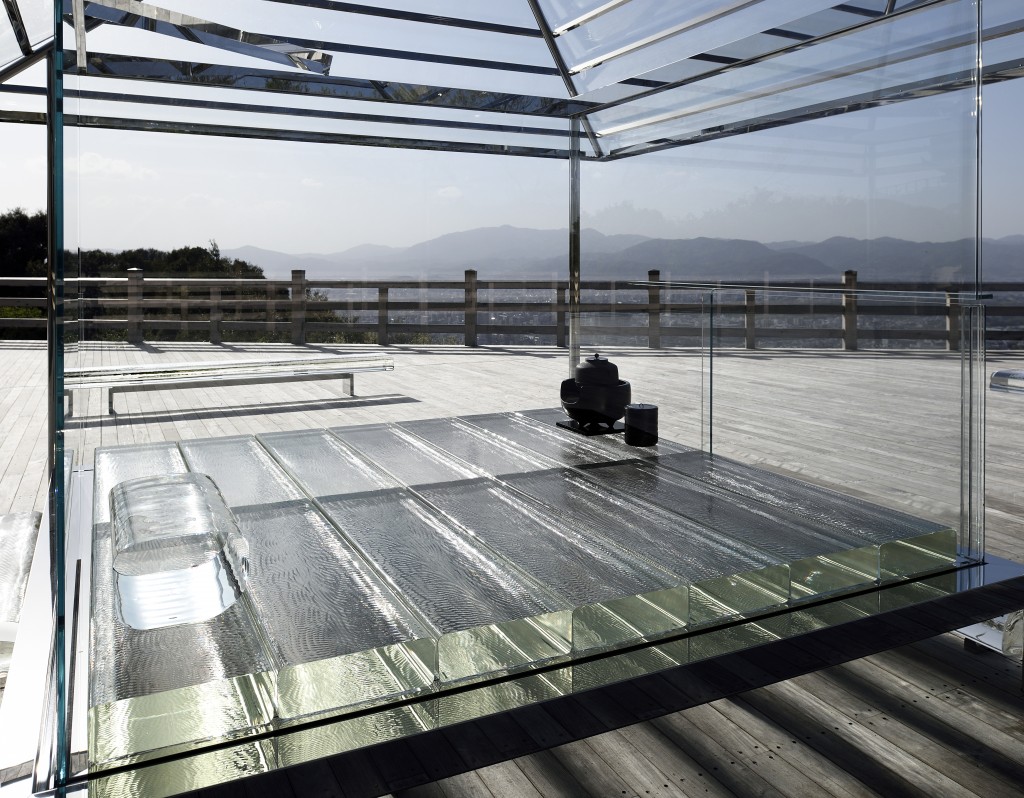 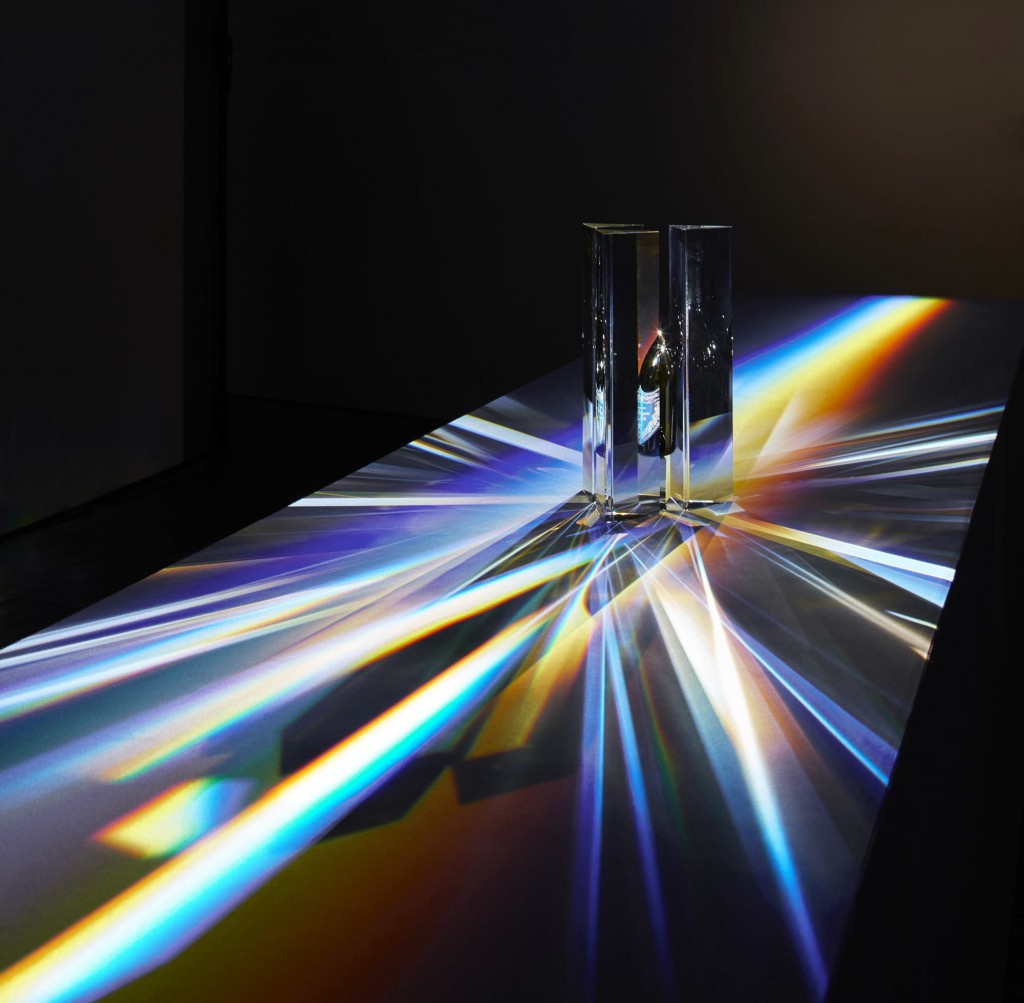