In his definition of Generation Next, Petr Nový, the Chief curator of the Museum of Glass and Jewellery in Jablonec nad Nisou, describes the aesthetic diversity of contemporary Czech glass artist Vladimír Kopecký and his students as the sole uniting element in their work. One of the artists Nový cites is the glass artist and designer Václav Řezáč, who is represented by the Prague based Galerie Kuzebauch.

Yet, Řezáč and the others possess another common theme: their work is overflowing with oppositions as well as an effort to unite what is seemingly contradictory. Still, it is Václav Řezáč who managed to bring this unity to perfection. Using two seemingly mutually exclusive techniques, Řezáč creates works that are both dramatic and peaceful.

The American composer John Cage once said: “I use chance as a discipline”, which was his way of saying that to tune in to chance means achieving a level of attentiveness to the world around us, and that discipline does not negate the possibility of randomness. It is this relationship between precision and chance, the possibility of harmony between the two, that defines much of the dynamics within Řezáč’s body of work. The vitality of glass on the blowpipe is contrasted with the cold precision of cast glass. The artist unites these two, working with glass as a sculptural material. Yet, the pieces are never just about the technique, never a single thing – rather, they create these fleeting feelings, imprints in memory. His works are both everything and nothing, as the title of his current exhibition “Everything and Nothing” at Galerie Kuzebauch suggests. The works are shapes oscillating between fluid and fixed states, trying to make tangible what would otherwise remain immaterial.

It was chance too, that brought Řezáč to glass art in the first place. Originally intending to study sculpture, he attended the High School of Applied Arts and Glassmaking in Železný Brod, where he mainly worked with hot shaped glass. It is here where he met Rony Plesl, another well known Czech glass artist and designer. This encounter opened doors to new ways of thinking for Řezáč.

Continuing with his studies at the Academy of Arts, Architecture and Design in Vladimír Kopecký’s studio, Řezáč learned to approach glass in its broader context, breaking through its rigid traditions. “All these years at Kopecký’s studio I felt like living in a monastery, you had to be involved with your whole being with what you were doing,” Řezáč says, adding that what he learned above all else was to “always question not only the well-established and stereotypical values but also the very meaning of art. I constantly think about what it is that forces us to create”.

Řezáč then went on to work at the Toyama Institute of Glass Art in Japan, and the years he spent in here, between 2016 and 2019, undoubtedly had the most formative influence on him. In his own words, he started perceiving glass differently – managing to put more emphasis on the sculptural parts and to work in new ways with its internal contradictions, both technical and aesthetic. He discovered that binary oppositions – present in much of Japanese traditions – are never simply in contrast to one another, never merely two singularities, but rather communicating parts of a bigger system. Řezáč tamed the tricky fluidity of hot shaped glass through the blowpipe and simultaneously freed the rigidity of cast glass forms.

It is this encounter of order and chance that breathes life to Řezáč’s sculptures. In uniting these two seemingly contradictory techniques, the artist managed to find a rare form of harmony. There is always just enough freedom of movement, never too much rigor. The work’s differences are not erased but rather coexist, giving life to one another.

Out of the corpus of Czech glass traditions, which Řezáč inevitably uses, his works give rise to a new way of seeing. That is perhaps the very nature of glassmaking. Glass is after all a material of Ovidian transformations – chance mutations, precisely calculated processes. It is also a material of oppositions: both hot and cold; fluid and solid. In this way, Řezáč is not as much uniting two different techniques as he is connecting the internal duality of glass as a material. His works still retain some of its burning potential – not as a result of chance, but rather a testament of its force. A tangible manifestation of all things that remain hidden.

Václav Řezáč’s solo exhibition, Everything and Nothing, at Galerie Kuzebauch ran from April – June, 2021. 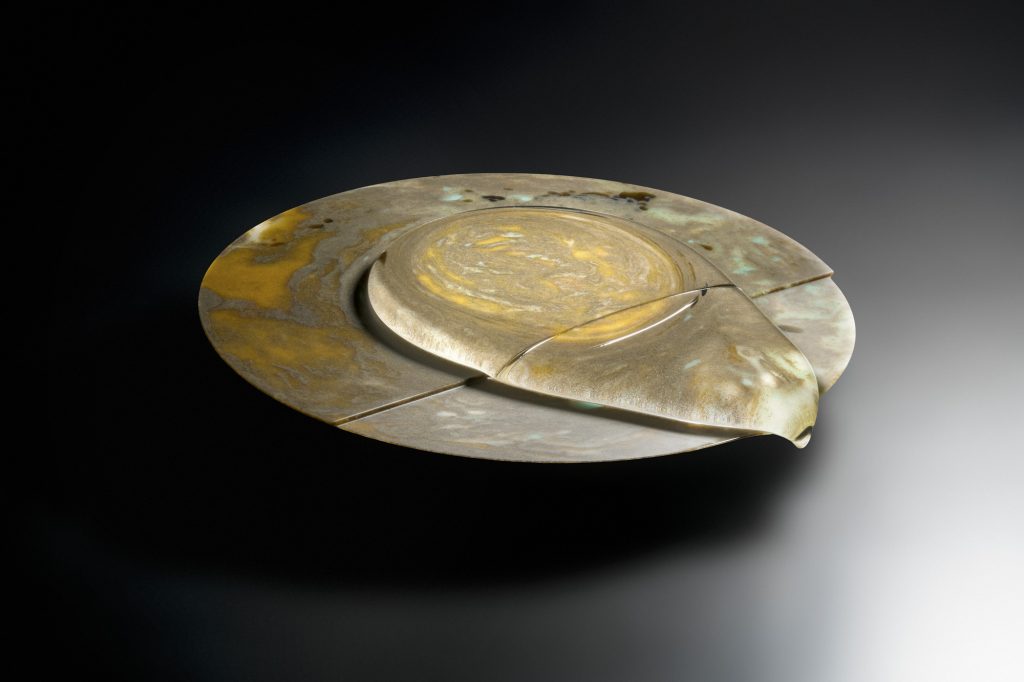 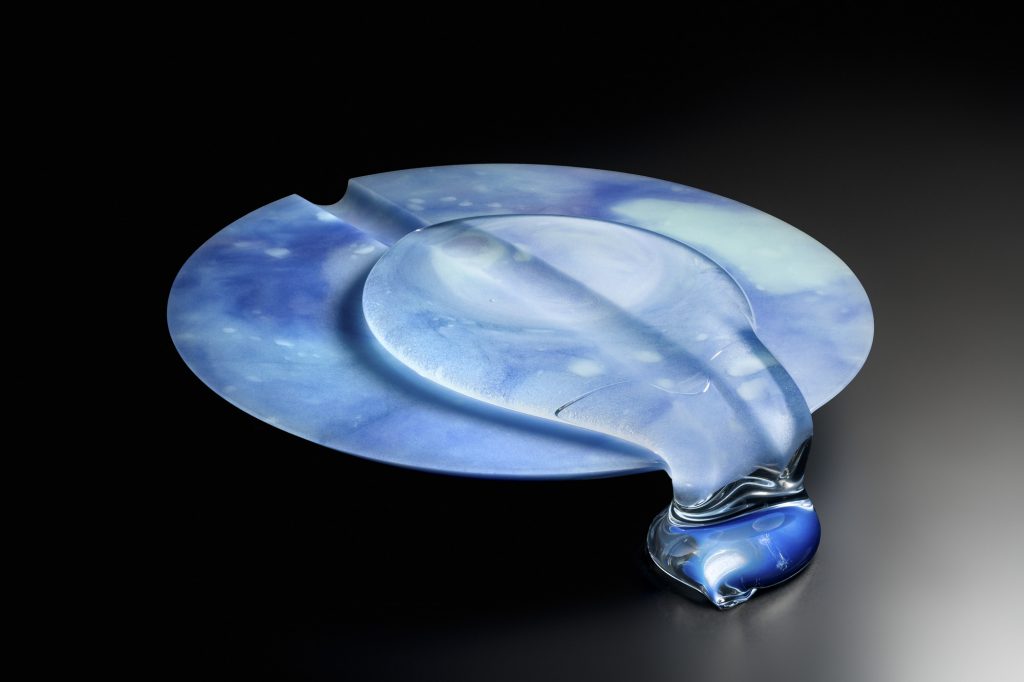 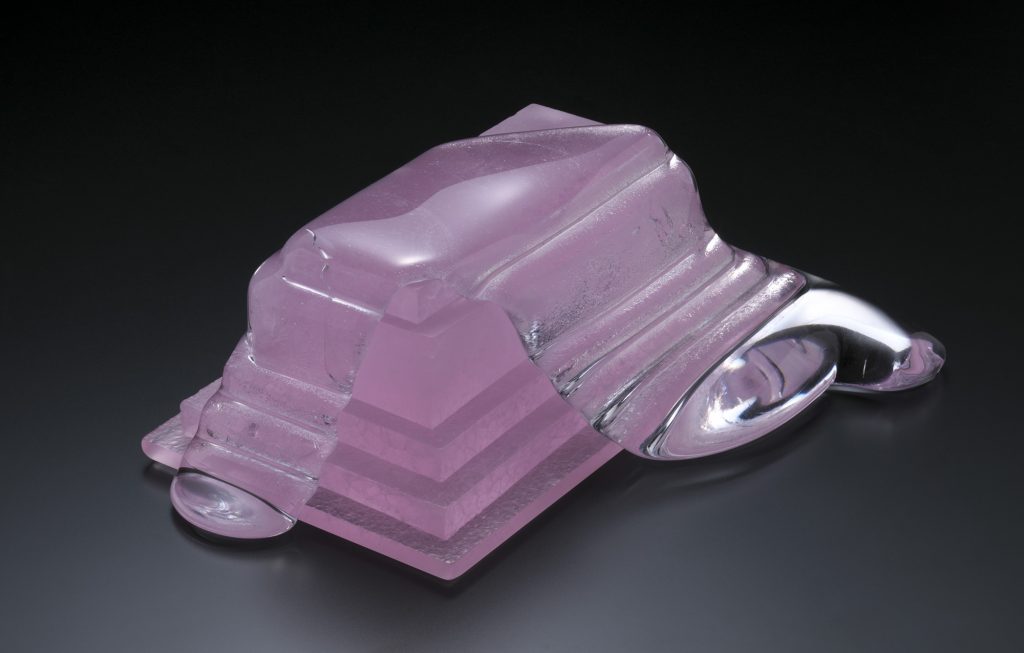 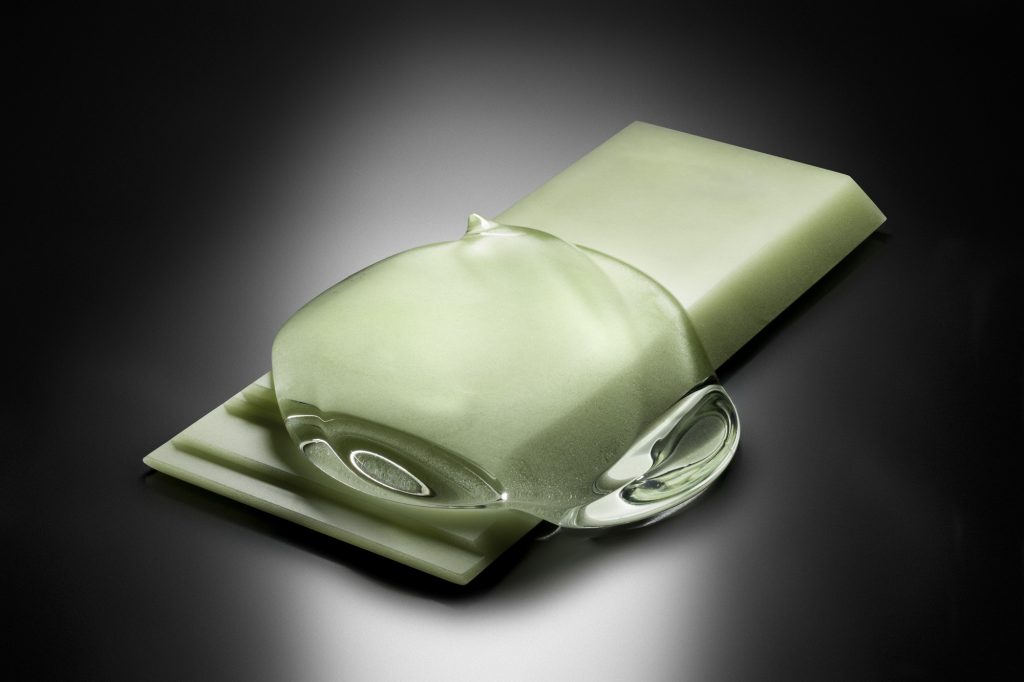 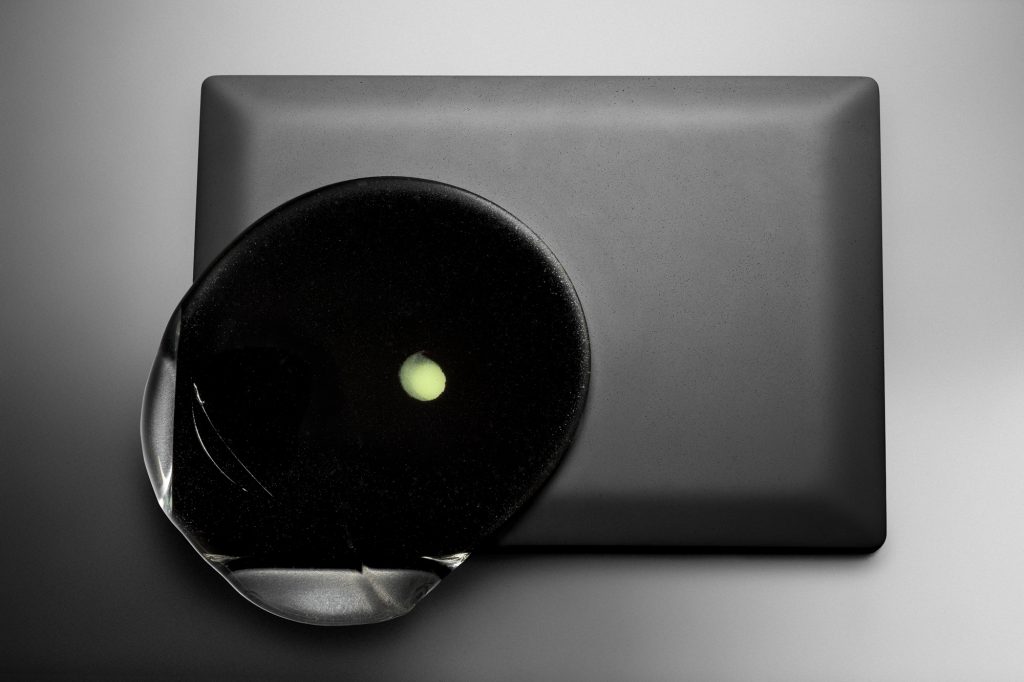 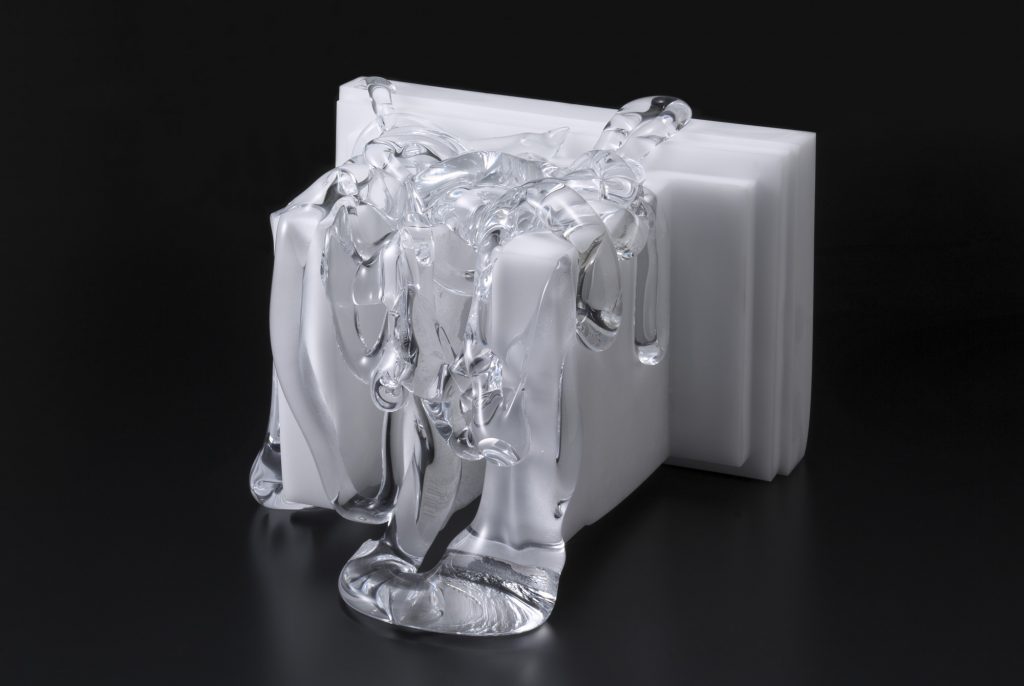 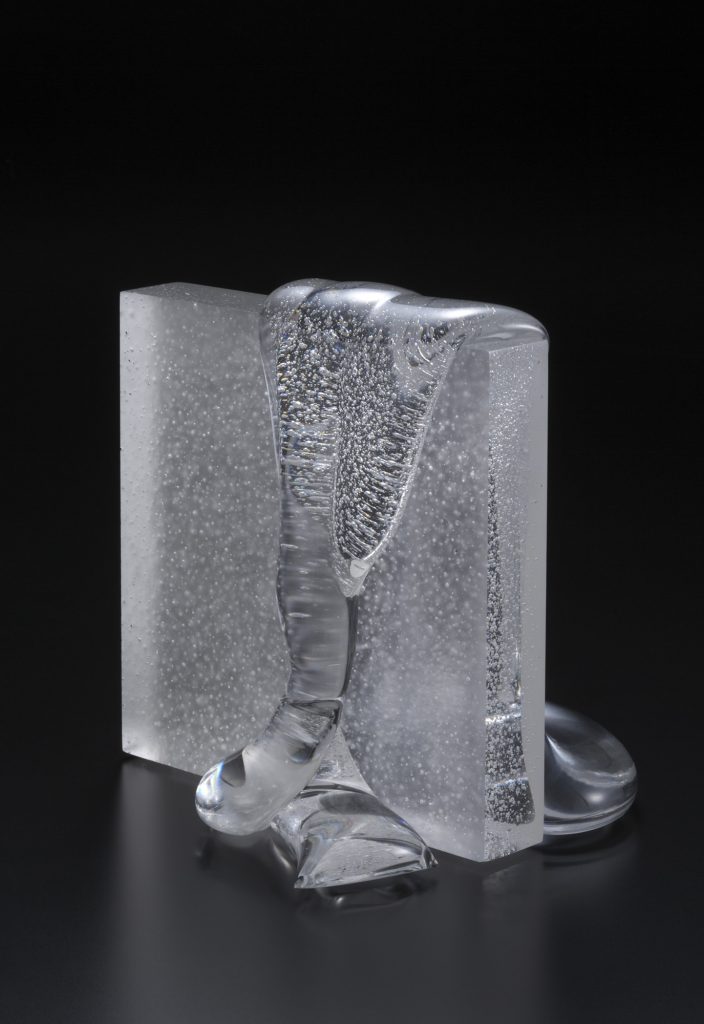