“Time is the only commodity,” Tomáš Libertíny told TLmag about transition, decay and becoming in his Chronosophia exhibition at Spazio Nobile Gallery.

The Midsummer Party on June 21 celebrates a double anniversary: one year of Spazio Nobile Gallery’s existence and a decade of Tomáš Libertíny’s studio practice. Born in Slovakia, Libertíny graduated from Design Academy Eindhoven in 2006 and established his Rotterdam studio in 2007, where he has continued to explore the relationship between nature and technology for the past 10 years. Chronosophia, showing at Spazio Nobile until September 17, comprises a selection of his new and recent work, including his renowned Made by Bees project. “Time is the only commodity,” Libertíny told TLmag in our interview about his preoccupation with transition, decay and becoming.

What have been the challenges and motivations behind your Made By Bees series?

My main motivation was an exceptionally strong lure for the concept of the ephemeral. It is tragic. Take an archetypal candle for example. You can use it only once. It turns into gas, seemingly disappears but rather becomes part of the environment. Its form is strictly guided by the way it works. A beeswax candle is for me the best design object. Absolutely nothing is styled about it. Every single choice is a science of keeping the flame burning. The physics (and chemistry) of a candle is beautifully complex and simple at the same time.

The Made By Bees project started in 2005 as an experiment in the ephemerality of objects, and later in the manipulation of nature. I wanted to push the envelope of what is possible by understanding a non-industrial process. In general, we are limited by tools/machines and here I was limited by bees. It was an architecture harnessed directly from nature. The more you understand the more you can do. It was and is a spiritual journey that teaches you kindness and patience. I have never met an arrogant beekeeper. One can only wonder why. The challenge was the amount of control. I had many ‘misfits’ after lot of trials and errors, as I was aiming for a specific sculptural form instead of a random structure. This family of convex and concave curves gave me a vocabulary to work with. There was a beautiful link between the energy source (flowers), the machine (bees) and the product (a vase for flowers). The bees were like a cloud of nano-3D-printers. I called this process SlowPrototyping.

With each new project I try to push the limits of what is possible and explore the stories that could be told. The process is relatively time consuming and requires preparation. The actual building by bees must be observed. It is like growing a bonsai. One has to intervene to direct the growth and cut away the paths where energy could be wasted. The Honeycomb Vase is heart-breaking in its simplicity of construction. The Endless Column, a new work that is featured in the Chronosophia exhibition, is much more complex. It also speaks to us in a completely different way. In addition, with its title it pays homage to Constantin Brancusi’s work of the same name.

With every project, I am excited about the new prospects and new discoveries. I try to dress up intellectual investigations into aesthetic propositions. In terms of making series and working with natural elements, each new work is unique and cannot be replicated. There are too many influencers and parameters. The beeswax sculptures are not made in a closed system like industrial products. You have to give up the idea of absolute control over the process and the expectations of fulfilling your preconceived ideals. This is the ultimate liberation from the anxieties and restrains of the modern world.

How do the themes of time and repetition manifest in your work? Are your BIC drawings and Made By Bees work related in this sense?

Indeed, they are related. Even though the themes of time and repetition enter my work in many different ways they do stick around. The intellectual flirt with the idea of time was always present. Later, I was drawn to the concept of repetition after reading Repetition, A Venture in Experimental Psychology (1843) by Søren Kierkegaard. At the same time, I have found space for contemplation in the musical minimalism and repetitiveness of Arvö Pârt and Philip Glass. I believe the truth is closer when an artwork emerges rather than being made in an instant (not to be confused with methods and intermediate results of gestures). This is the way most of the ‘matter’ that surrounds us comes into being. Scientifically, all matter is in a state of transition and/or decay. Nothing lasts forever in the long run (except for the total amount of energy in the universe). Everything succumbs to the grinding wheels of time and vice versa. Everything that is to last has to slowly walk into its resilience. ‘Becoming’ makes everything stronger. I like to think of it, as winning a lottery. You have not earned it in the process so you have no real sense of what it takes to maintain wealth. Hence, you are very likely to loose it. In my work, I experiment with processes of making both spontaneous and programmed. BiC drawings and prints are made in layers or in repetitive lines. The swarm-like drawings I have made with BiC pens appear purposefully simple. At the same time, they are made with an almost pathological sense of dedication and concentration while giving up any idea of a higher sense of purpose. An individual bee is not a bee as it only becomes a bee as part of a swarm. It can only fully function when it is allowed to manifest its properties. The same argument could be used to defend an idea that a broken clock is not a clock. It doesn’t show time. Though, as a joke goes, only twice a day. Only being part of a swarm allows bees and their attitudes to fully emerge. I like the strong resemblance of a colony to that of a society. Going back to the idea of time, beeswax is one of the most durable organic materials in the word. Intact beeswax combs with honey still edible were found in Egyptian tombs some now more than 2 500 years old. Sometimes, the most sensitive things are the by contrast the most resilient. Just like people.

All of your work, especially Weldgrown, also displays an extremely high degree of labour intensity. Why is this important for you?

As far as labour goes, its intensity is secondary and possibly (even though I enjoy intensity) somewhat irrelevant. It is proportional to the time it carves out of my already short and limited life. Time is the only commodity I have and it is the only valuable exchange currency one can give to another human being. I embed part of myself in the works of art that I make. I see labour, care, attention and skill as a gesture of love. Repeating this like a mantra maybe result in aesthetic propositions that are not always guaranteed. In addition, the notion of labour is characteristic to our understanding and finding purpose in life no matter how trivial and trifle it may be. Work is something that draws you fully here and now. You forget your time is passing. What a beautiful irony! 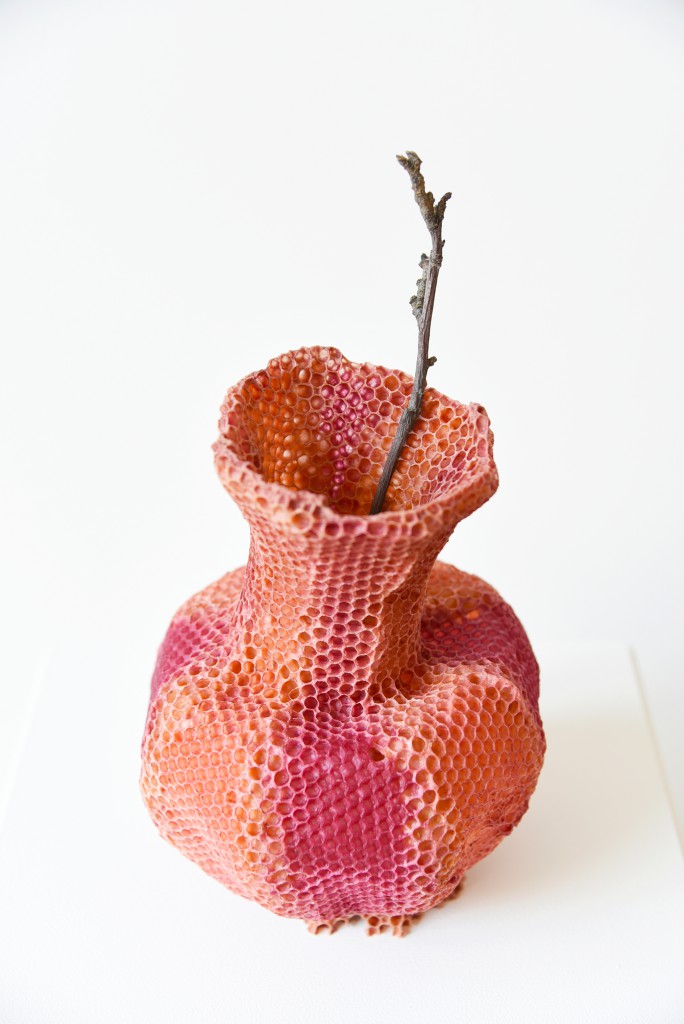 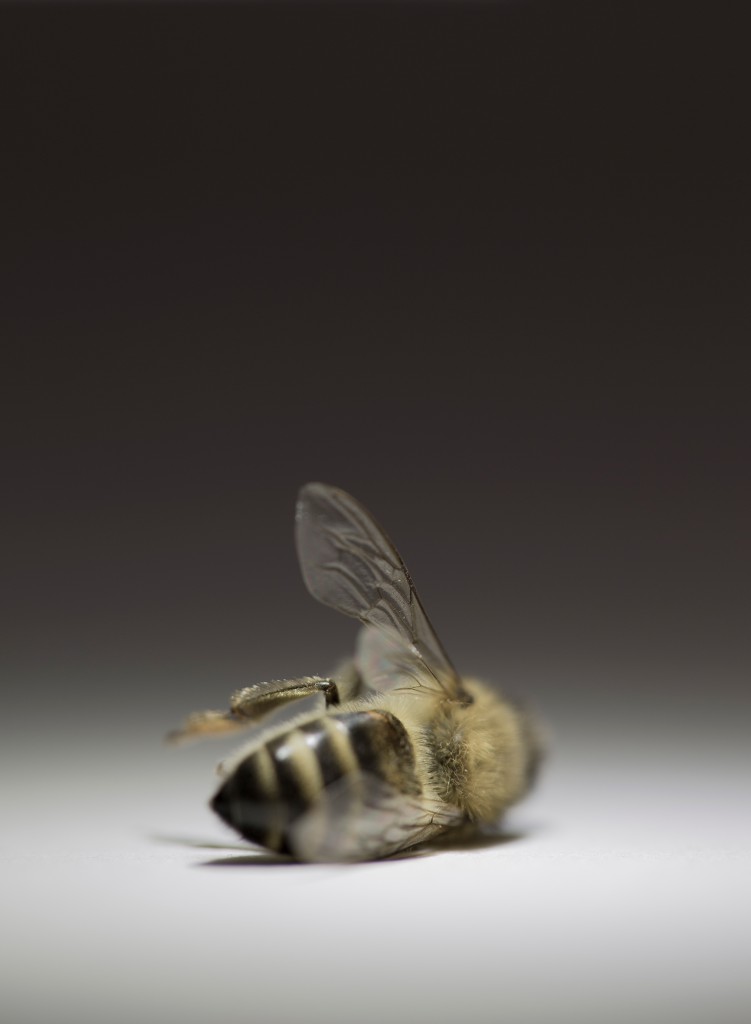 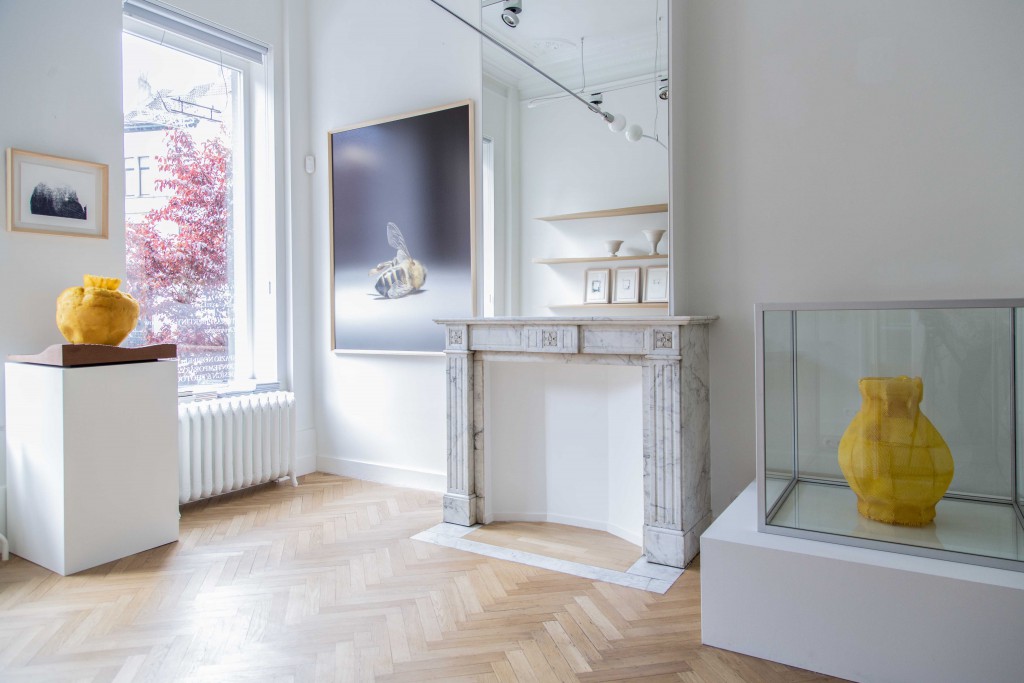 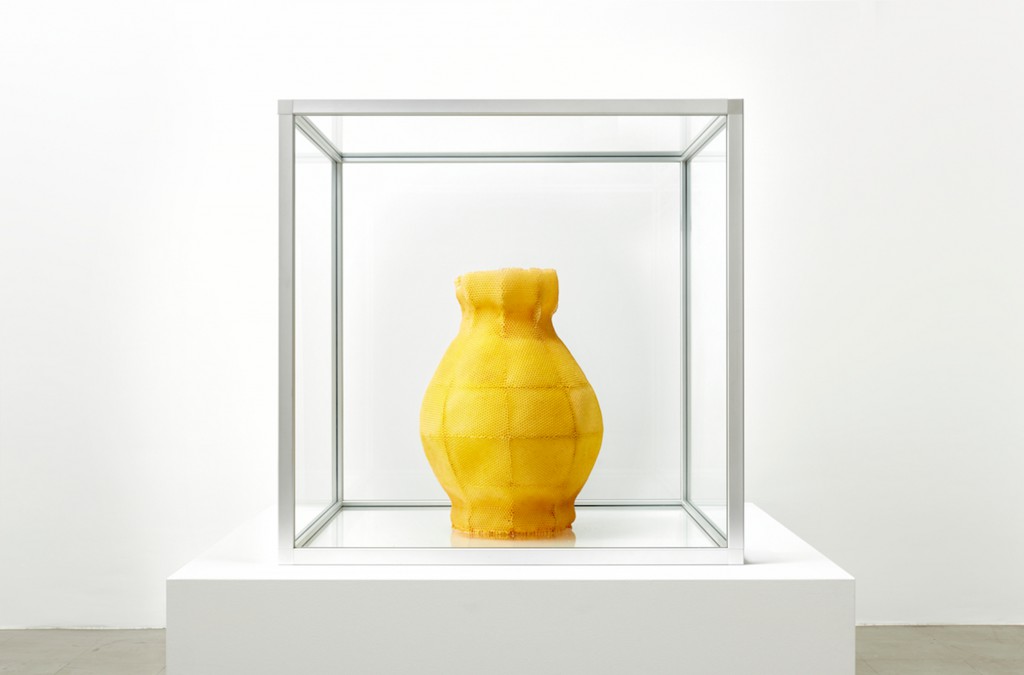 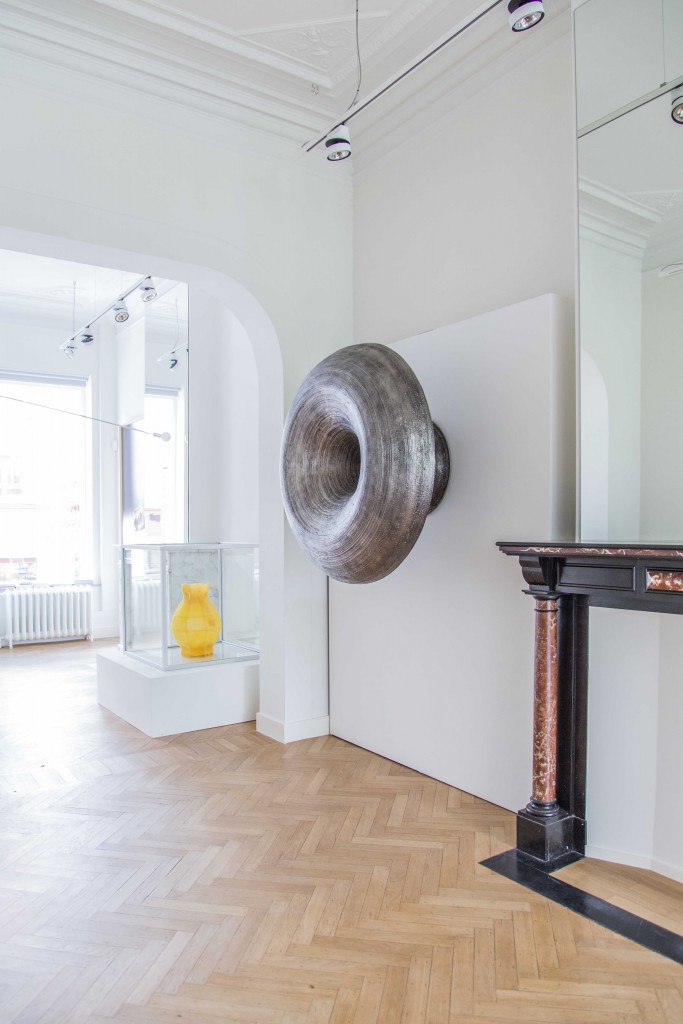 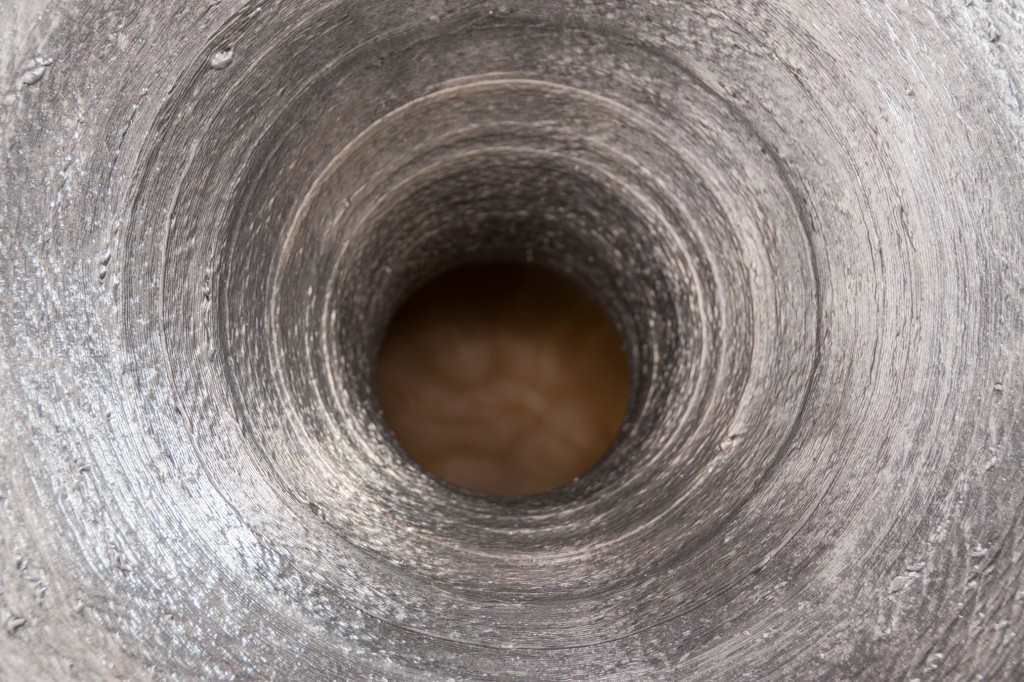 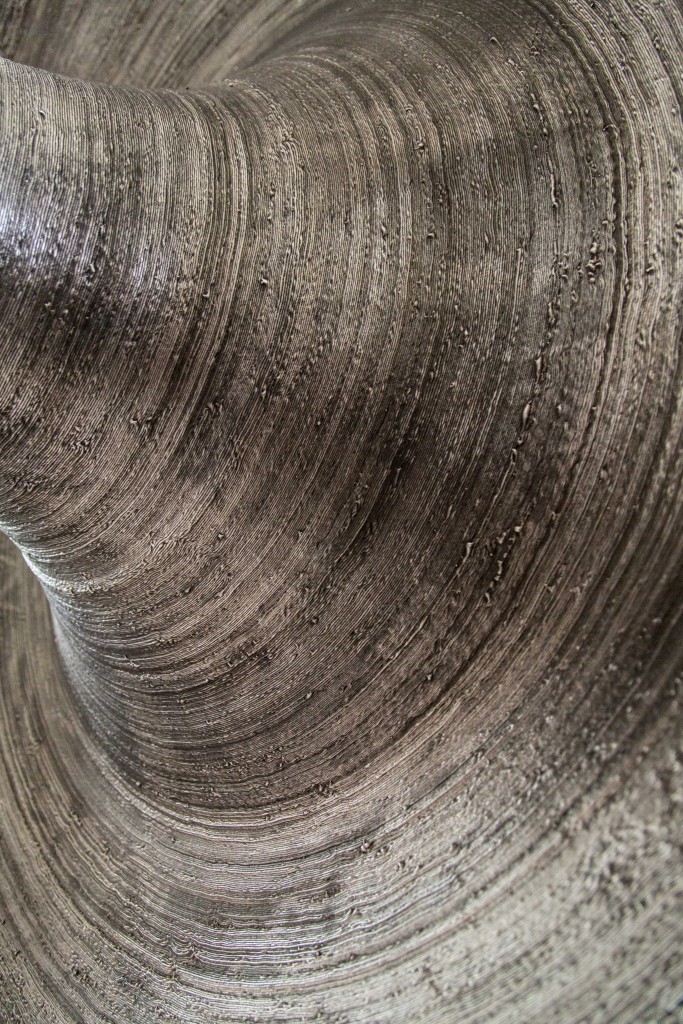 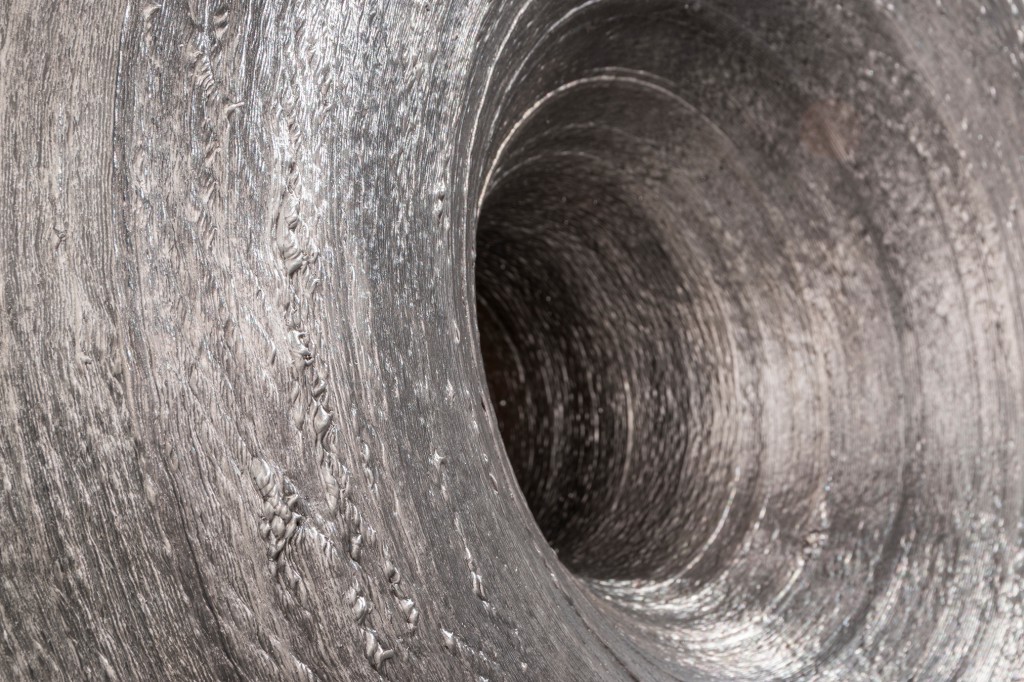 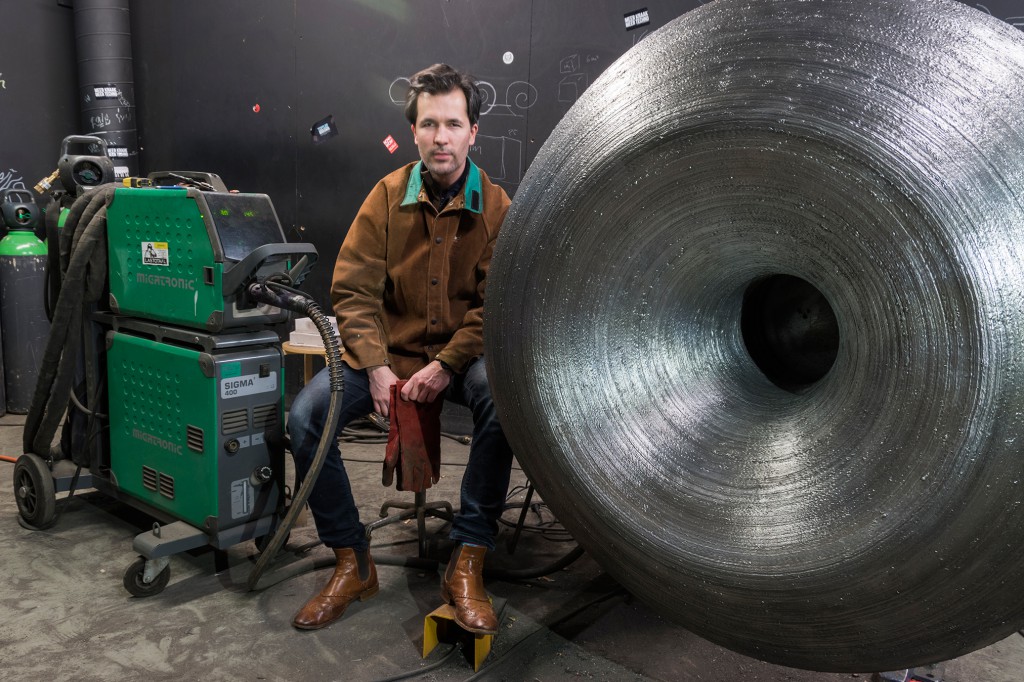 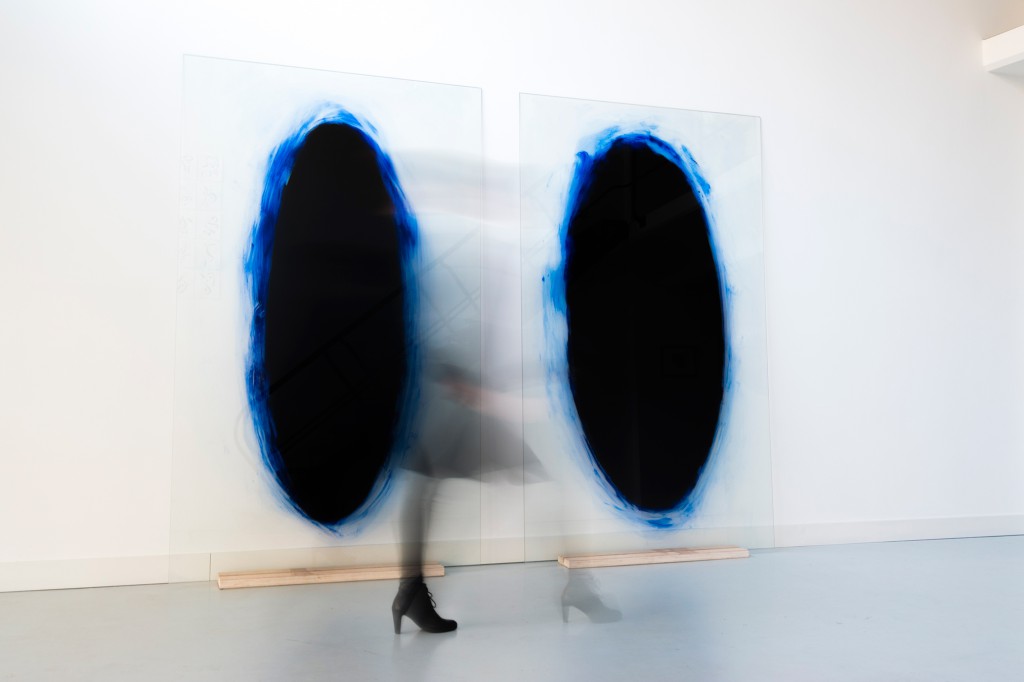 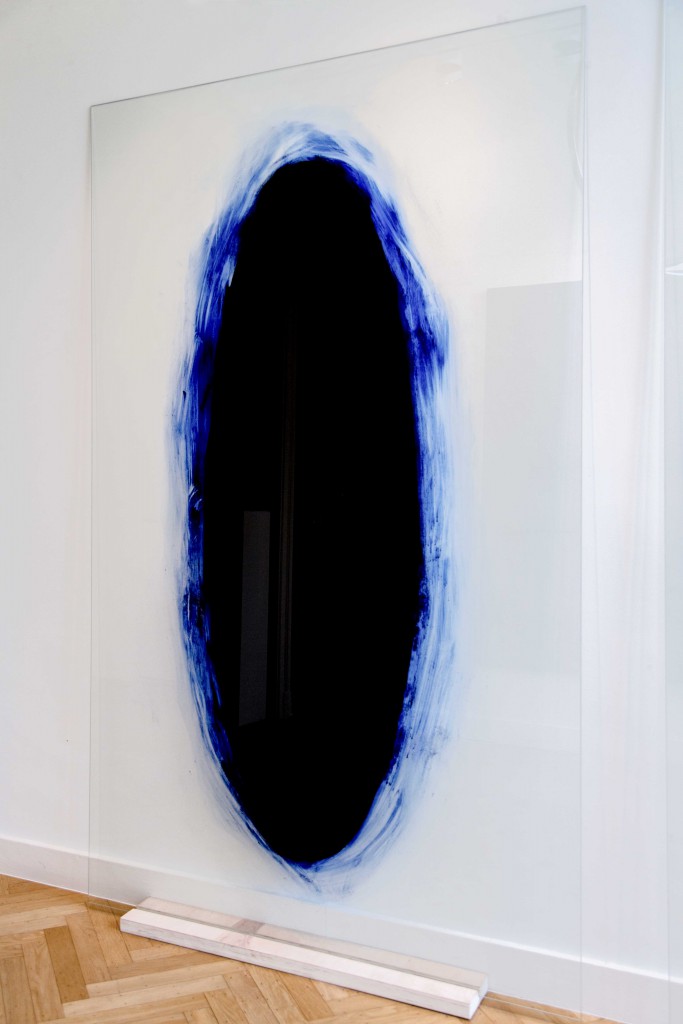 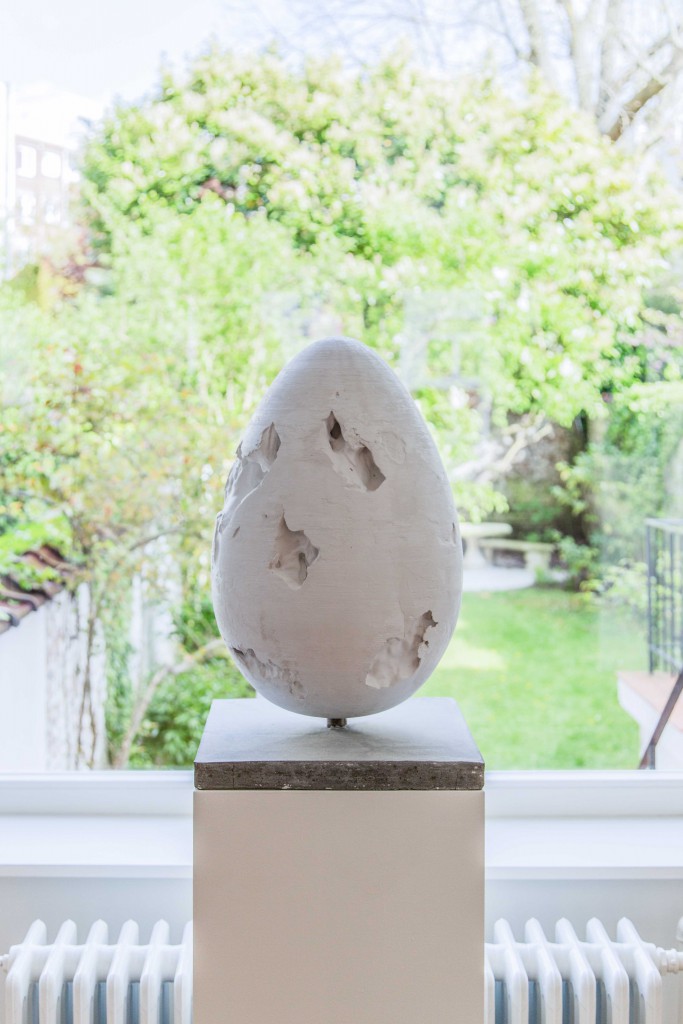 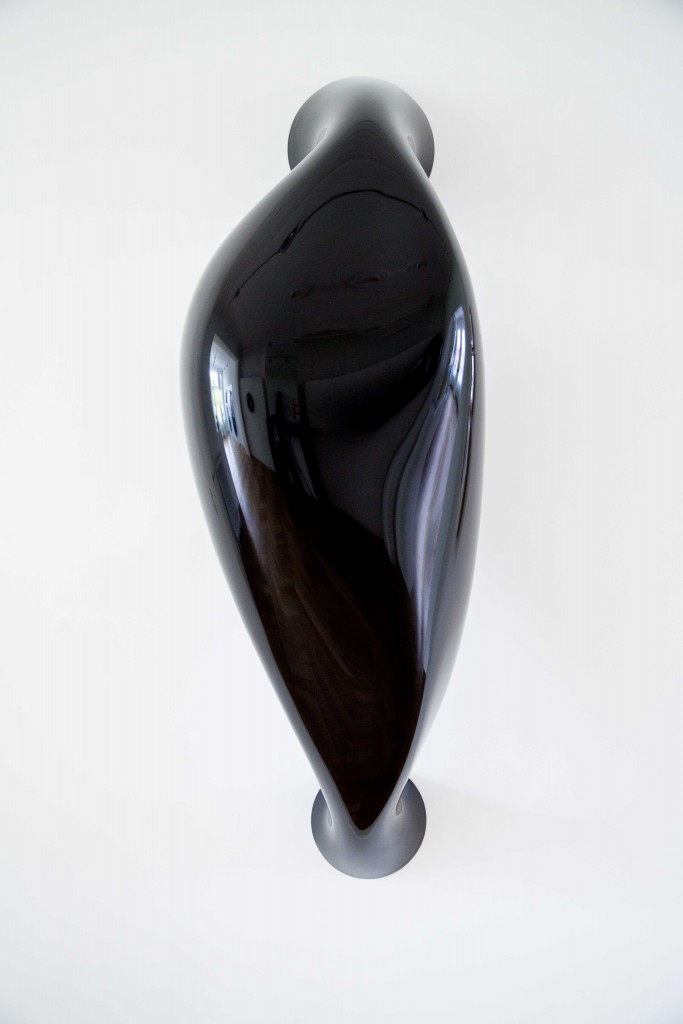 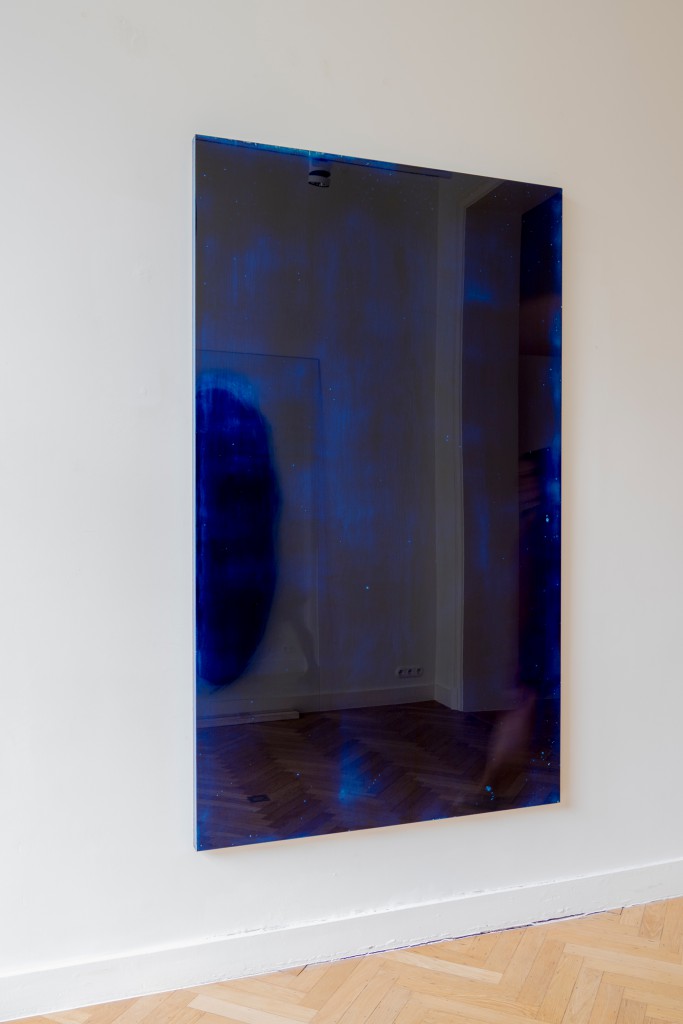 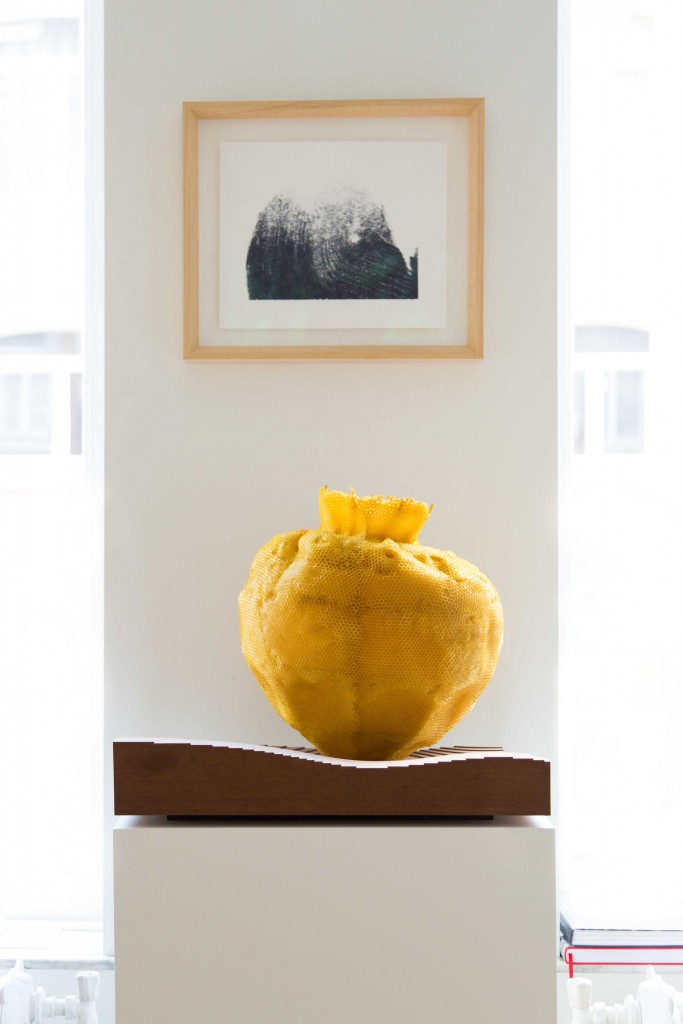 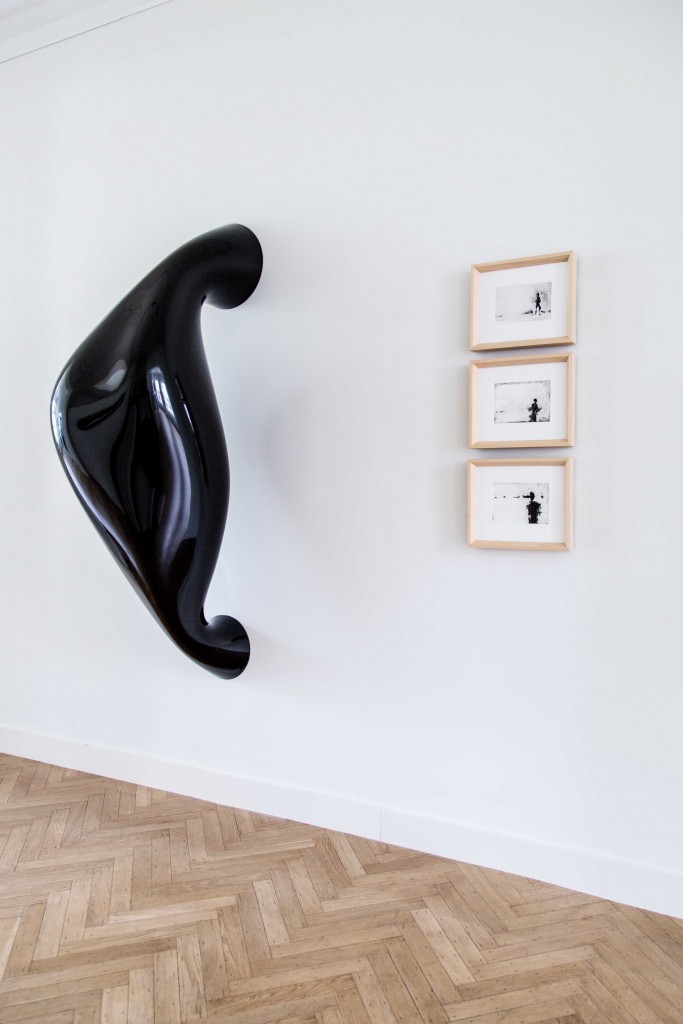