Contemporary designers, artists and architects pay homage to those who have influenced them in ‘A Tribute To’ organized by Eugénie Frémiot

The act of paying a tribute is something that dates back thousands of years as a way of showing respect to another. From the ancient Romans and Chinese who used tributary systems for political purposes to singers who perform covers of other artists who have influenced them, tributes come in many shapes and for many reasons. But what does it mean to pay a tribute in the world of art, design and architecture? How does a tribute manifest in a physical object? What are the nuanced differences between a tribute, a reference and a homage?

These are some of the questions that Eugénie Frémiot in the exhibition A Tribute To which is currently on show at Atelier Jespers, Brussels. Frémiot runs The Impermanent Collection – a gallery space that is located in the front window of the architectural office of Atelier van Wassenhove where she also practices as an architect. In her practice, Frémiot has run into questions around tributes time and time again. To explore this topic in depth, Frémiot paired contemporary artists, designers and architects with historically important and influential creatives such as Le Corbusier, Franz West and Eva Hesse.

TLmag catches up with  Eugénie Frémiot to talk tributes and exhibition making:

TLmag: Could you describe what you do at The Impermanent Collection?

Eugénie Frémiot: The Impermanent Collection is a gallery that is dedicated to producing and presenting contemporary furniture, art and design objects.

I present works that are both useful and contemplative, whether furniture, lighting or everyday objects with a little extra soul, that we love to surround ourselves with. Our environment thus reveals a way of perceiving space and making it living and livable, in a quest for sustainable beauty.

How did the concept for a tribute exhibition come about?

The question of tributes has always interested me because it relates to the notion of reference.

As someone trained as an architect, this question of reference often arises because it indicates a theoretical, aesthetically and intellectual environment in which we recognize ourselves in others, and feel good with.

In my opinion a tribute is an act, making it different from a reference. What interests me about  a tribute is the inspirational source and how this source clashes with new works, creating intelligent and original acts.

What is also beautiful about a tribute is that it allows people to catch a glimpse of the posture of the one who does it, and this is what I try to show through the furnitures and objects presented in the show.

I wanted to work on this exhibition project with all the artists, designers and architects with whom I have been working for the past few years and whose I admire the work. Each case was a bit different from the next one. In most cases, it was their recent creations that determined the tribute. Some work was commissioned and some already existed and then I recognized a tribute within it and wanted to highlight that.

Can you tell us about more about this process?

An example of a work that was commissioned for the exhibition is the upholstery for seating by the artist Adrien Vescovi which was his tribute to Franz West. It built upon an earlier project I had done with Emilie Pischedda where we made seats also inspired by West.

Emilie and I both had a great admiration for Franz West’s furniture and in particular, the Elemental Design series that the artist developed in the 1990s. In the 1980s, Franz West acquired an identity as an activist fighting for the emancipation of furniture. Therefore, we proposed to Adrien Vescovi to create a series of seats inspired by those of West.

Vescovi used his own textile murals to upholster chairs and make the tribute. He creates these textile murals with fabrics that he salvages, buys or collects. He composes a canvas from these fabrics which he then dips into natural concoctions of plants. The canvases become impregnated with the plant pigments. Once the canvases are dyed, he puts them to dry outside, generally where his workshops are located (in Marseille and Les Gets in Haute Savoie), but also during residencies. Therefore he lets the climate and the weather work on the pieces, the UV rays fade the canvases and contribute to the composition of the work.

In another approach to paying a tribute, the Endless Summer collection produced by the interior designer Marion Duclos Mailaender does not explicitly start from the notion of tribute. The work does not clearly claim the reference to Jean Pierre Raynaud or Superstudio. Rather Mailaender evokes a memory of spending her Mediterranean summers relaxing by the pool. However, in the end, we can look at this collection and recognize the influence of Jean Pierre Raynaud’s Celle Saint Cloud house and Superstudio’s furniture. In this case, the work already existed but new connections we made explicit in the recognition of an influence.

Tell us about the location of the exhibition which is in Atelier Jespers rather than your own gallery.

I had already developed the whole exhibition before I even knew where I was going to exhibit it. I was looking for an inhabited environment other than my gallery to present it. I was discussing it with Jean François Declercq who offered me the space of Atelier Jespers.

It was a perfect fit for an exhibition on the theme of homage as the space was once the workshop of the sculptor Oscar Jespers and designed by the architect Victor Bourgeois, a leading figure in the Belgian modernist movement!

How did the exhibition fit in with your practice as an architect and with Atelier Van Wassenhove?

Let’s just say that for some time now, I’ve been much more dedicated to the production and distribution of the creators with whom I work.
My practice as an architect has become more sporadic. I feel more and more the need and pleasure to support the production of designer pieces and to disseminate them rather than designing my own projects. My training and my profession have mainly taught me to identify what may be a creation or practice worthy of interest, through its language, its writing, its conceptual thinking and its implementation. My ambition is to support the authors of these works in different ways.

The pairings for the tributes in the exhibition are:

‘A Tribute To’ will be on display ay Atelier Jespers until November 9 by appointment. 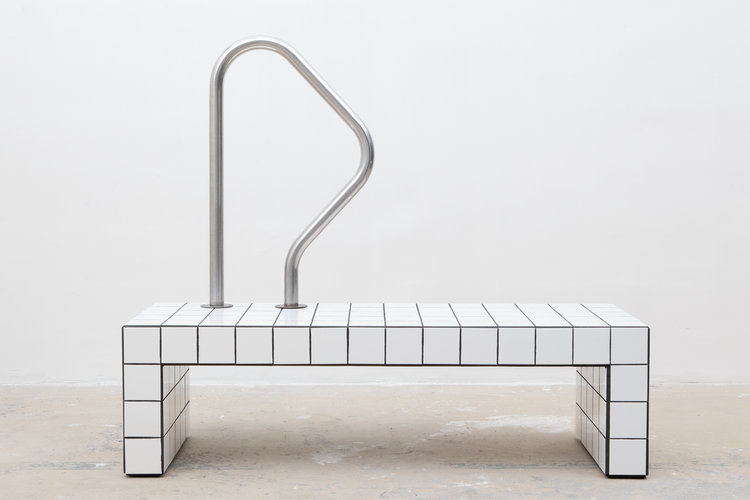 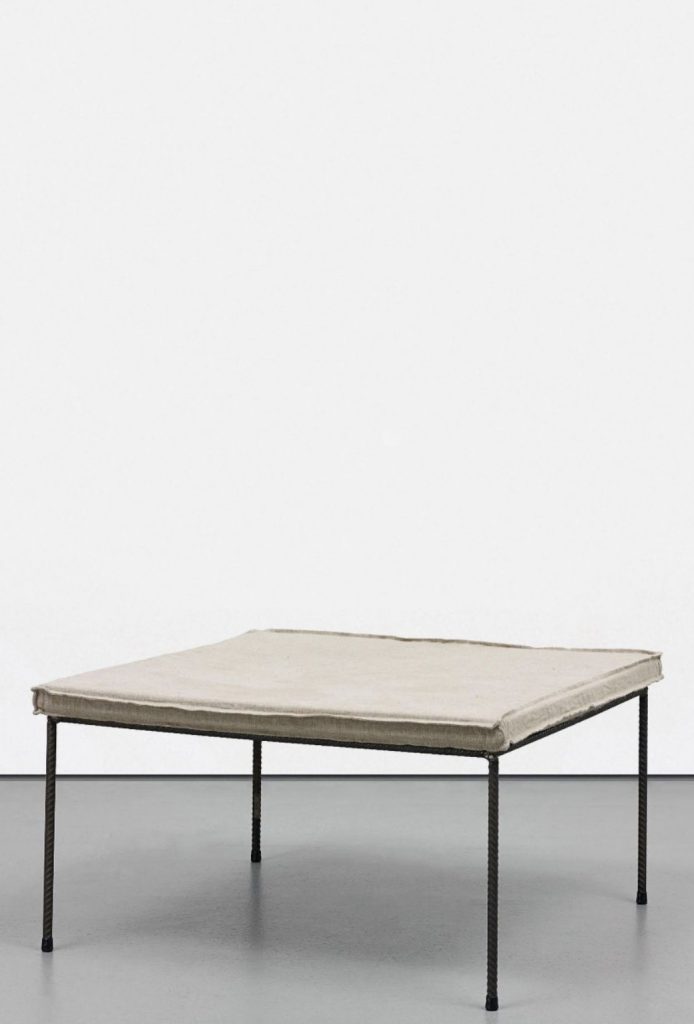 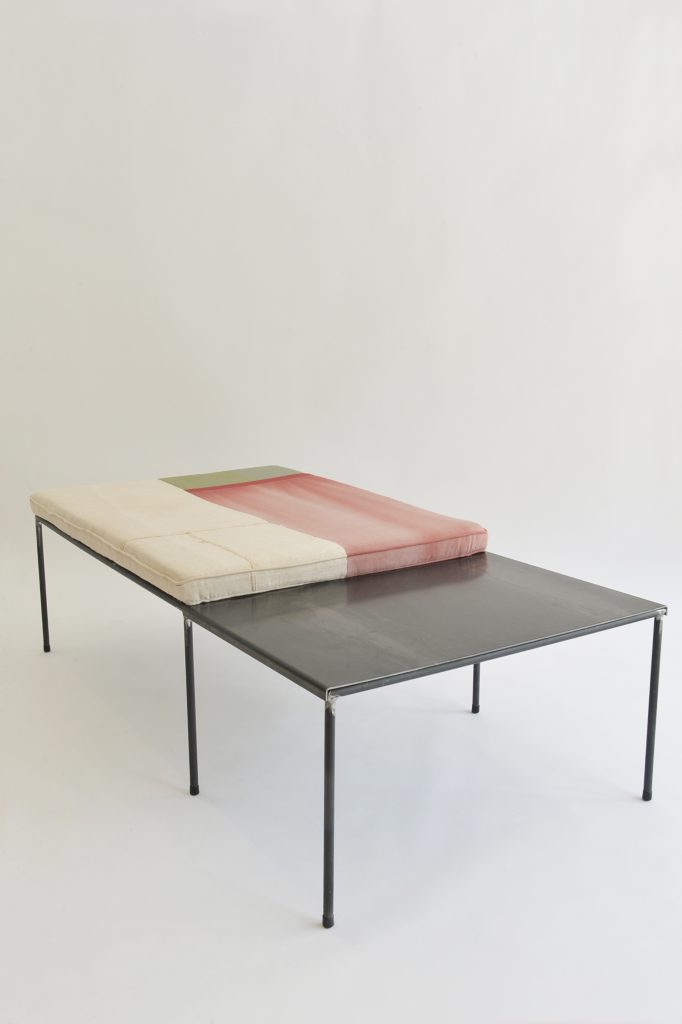 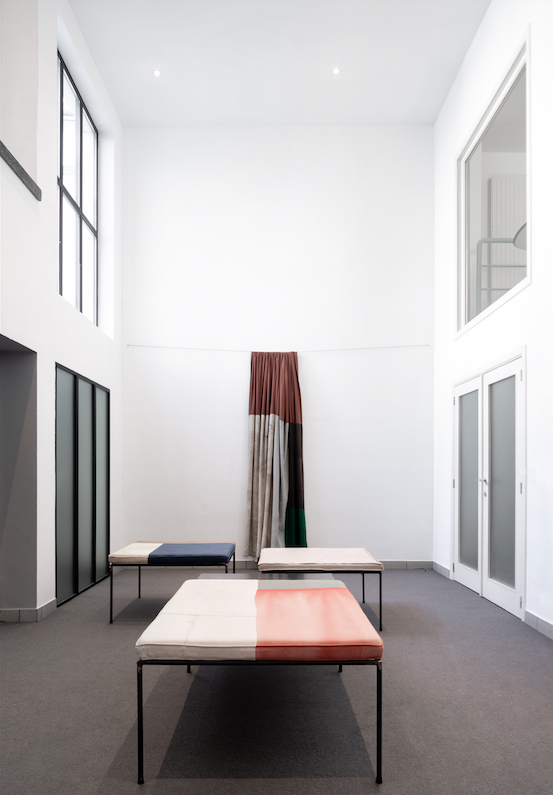 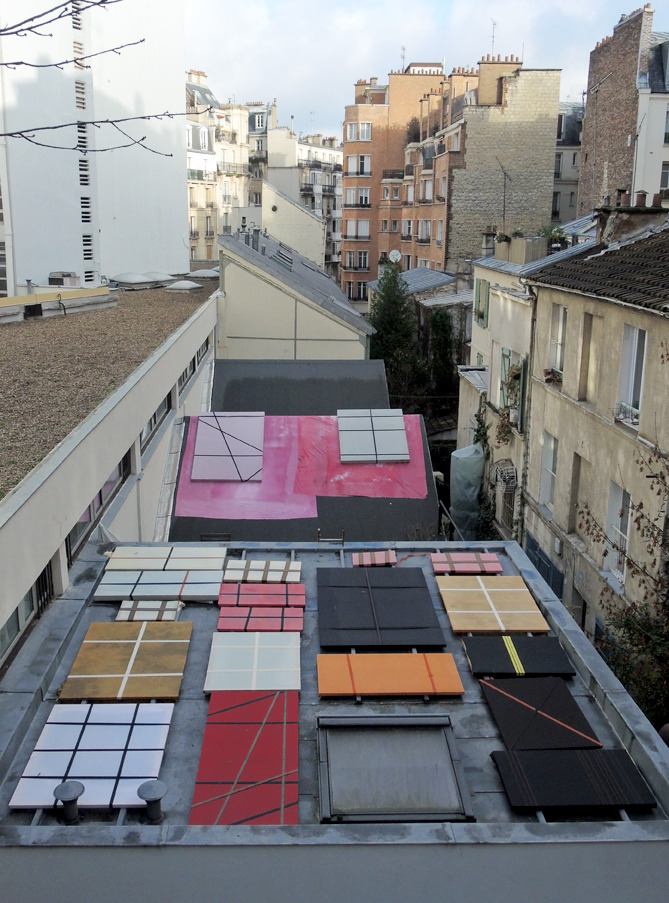 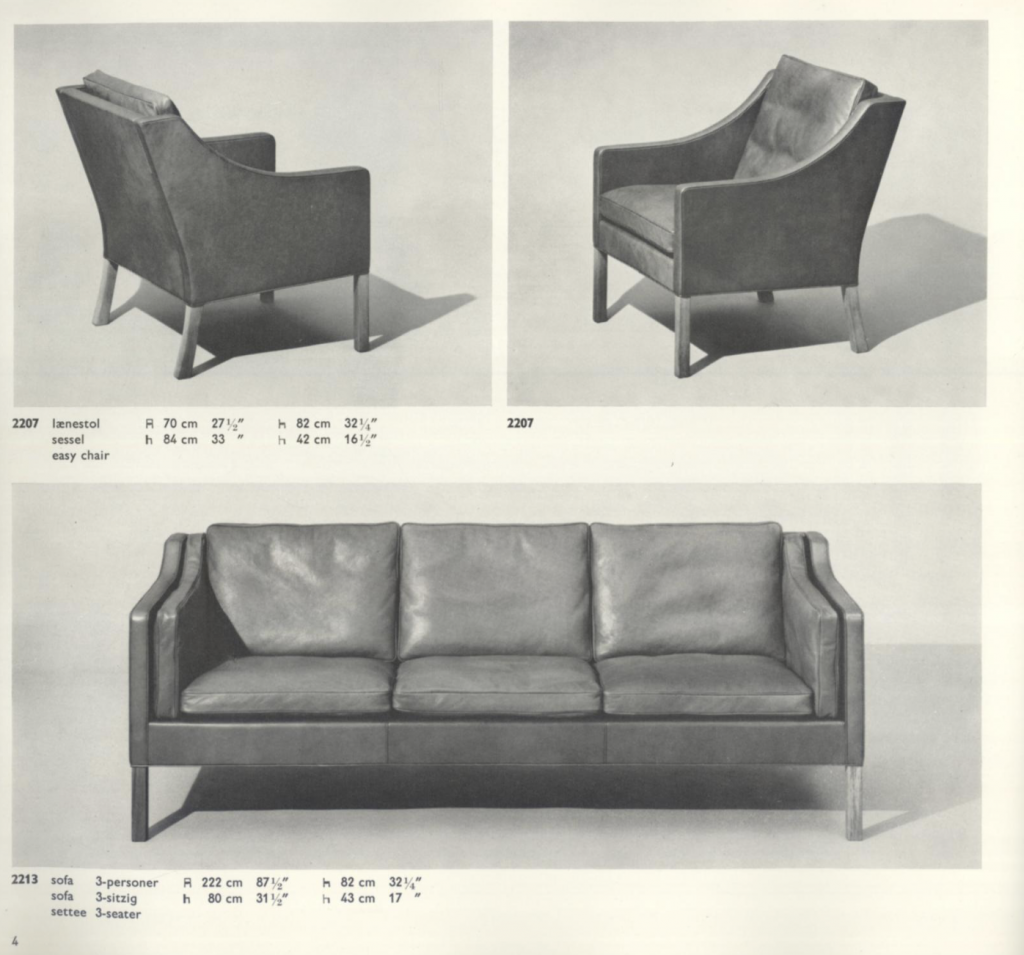 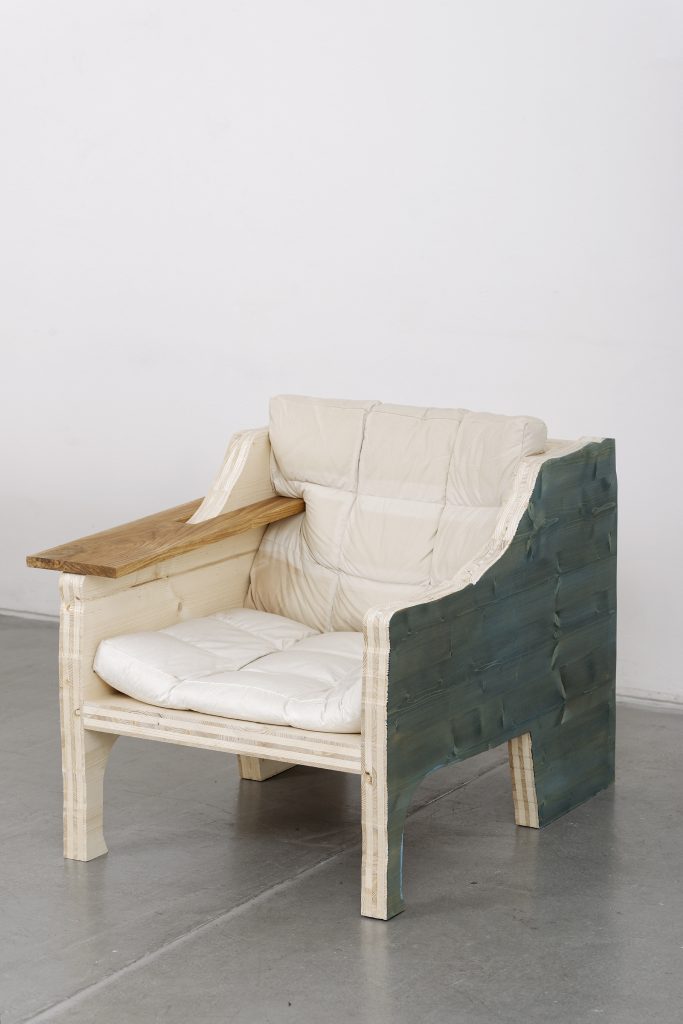 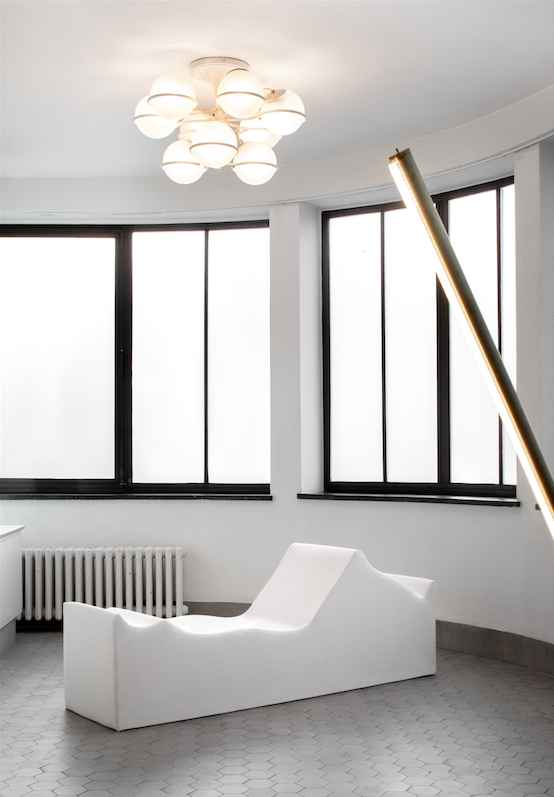 GMDiffraction’s installation with the long chair in tribute to Geoffrey Bawa’s Lunuganga project, and the Ray lamp in tribute to Gino Sarfatti’s 1063 lamp. 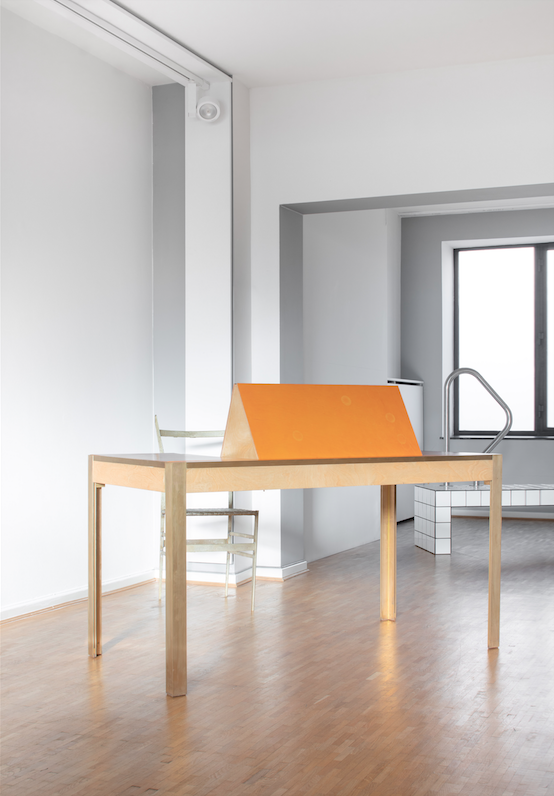 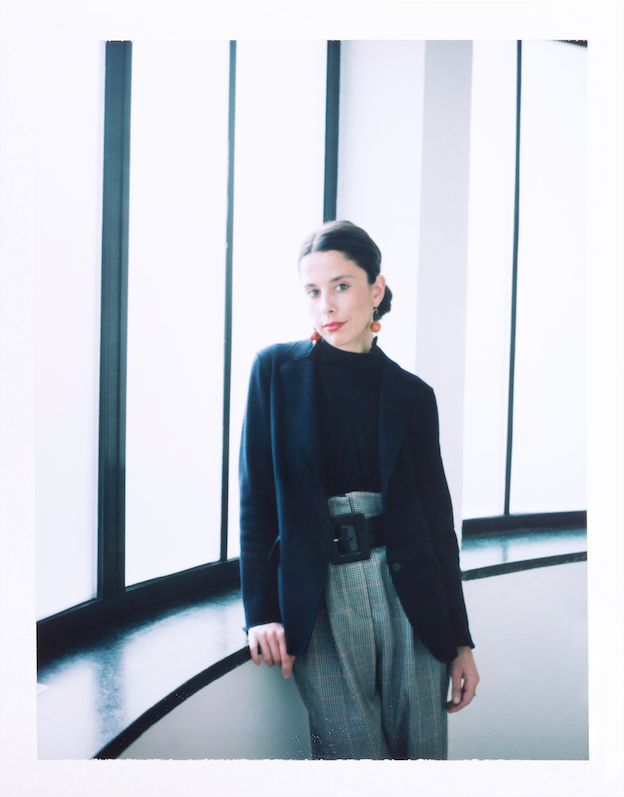