The exhibition, which features pieces from Belgian designer made between 1966 and 2015, will also include Chale’s first monograph

He started out as a woodworker in his native Belgium, but during a trip to Germany in the late 1950s, Ado Chale came in touch with mineralogy —he saw a display of intertwined stones and minerals. While he initially created silver jewellery, his curiosity —and his past as a cabinetmaker— lead him to create tabletops in marcasite and cement. Years later his objects, made of precious stones and minerals, are fittingly part of the royal collections in Great Britain, Spain and the Netherlands.

And this month, as part of Design September Brussels, the retrospective Alchemist. Artisan. Designer at Brussels’ Bozar celebrates the five decades of work that brought him international recognition.

The monograph that accompanies the exhibition calls Chale “a craftsman in wrought iron, a gemologist, artisan, dreamer, curious, insatiable and very much imitated.” It’s easy to see why: among the pieces on display are a celebrated schist ball piece, a table with biomorphic feet, a volcanic console, a fire basket. Also present are the works of patience that are his mosaic tables: Chale himself sources materials such as lapis lazuli, jade, amethyst and turquoise from France, India, Pakistan, Madagascar and the United States —he once extracted petrified redwood logs from the ground in Arizona and brought them by boat to Belgium, where he sliced them and converted them into tables.

But the retrospective also presents some of his work as a designer in the more traditional sense of the word, like the showcases he created for Hermès, his menu for the Comme chez Soi restaurant in Brussels or his dashboard for a Rolls Royce. The common thread for both these commercial commissions and Chale’s characteristic design pieces? “His romantic sweetness,” explains his daughter Ilona, who accompanies him in his work.

The exhibition is open at the Centre for Fine Arts Brussels from August 18 to September 24, 2017 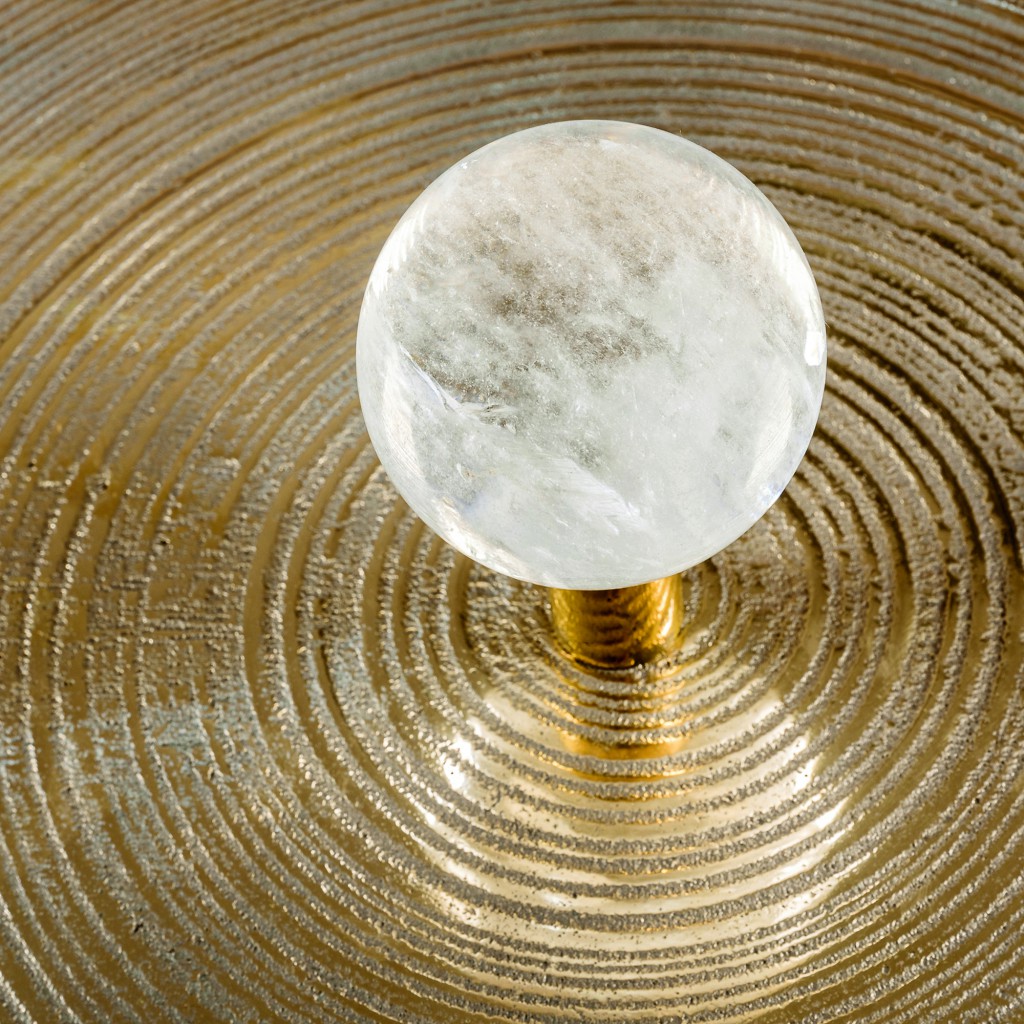 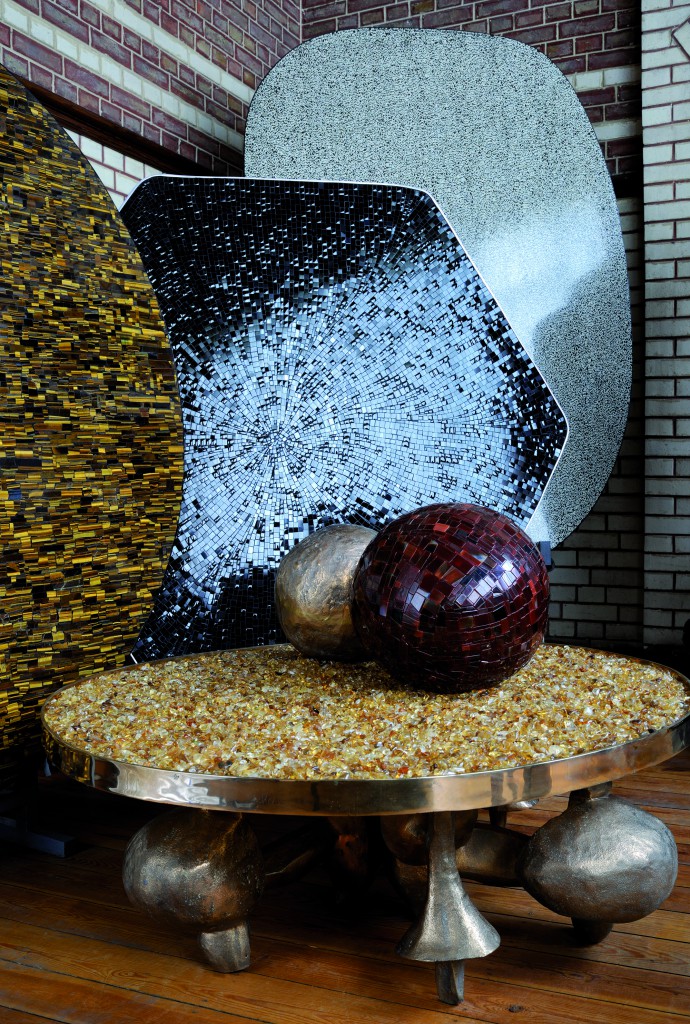 Set of four trays from the personal collection of the artist. From front to back: biomorphic tray in bronze and free-standing citrines; totund mosaic in tiger’s eye, hexagonal tray in aluminium and black onyx; erected bone buttons and black resin mosaic. Image by Didier Delmas. 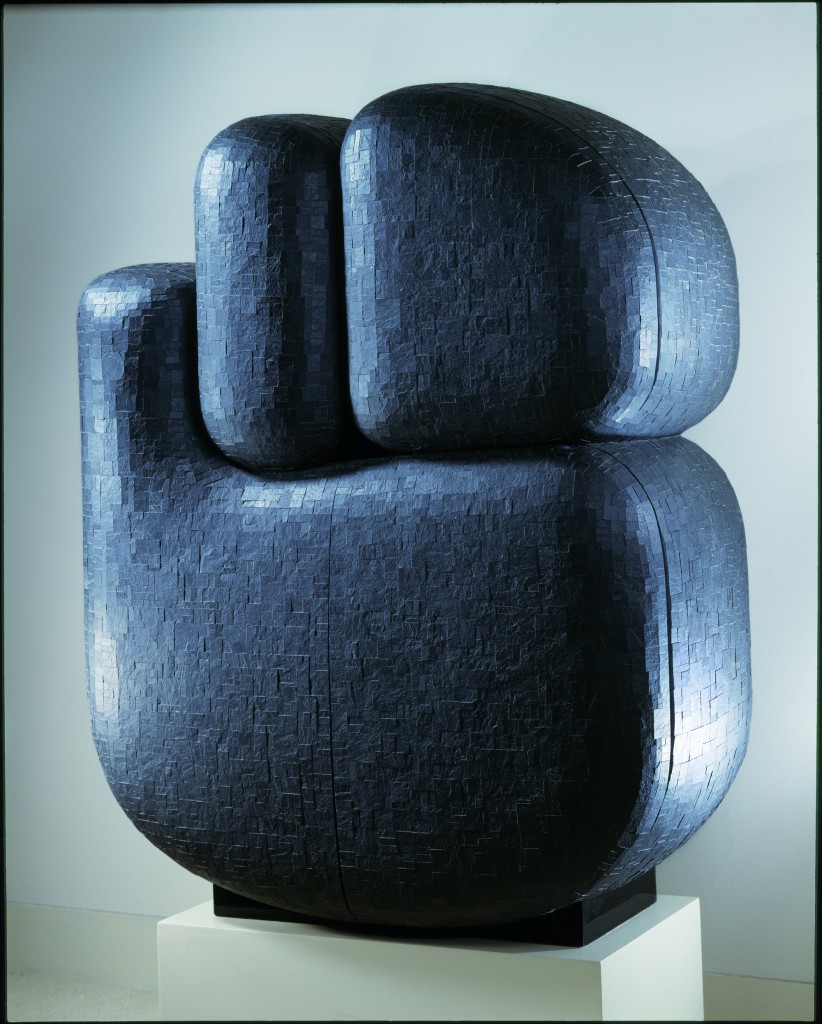 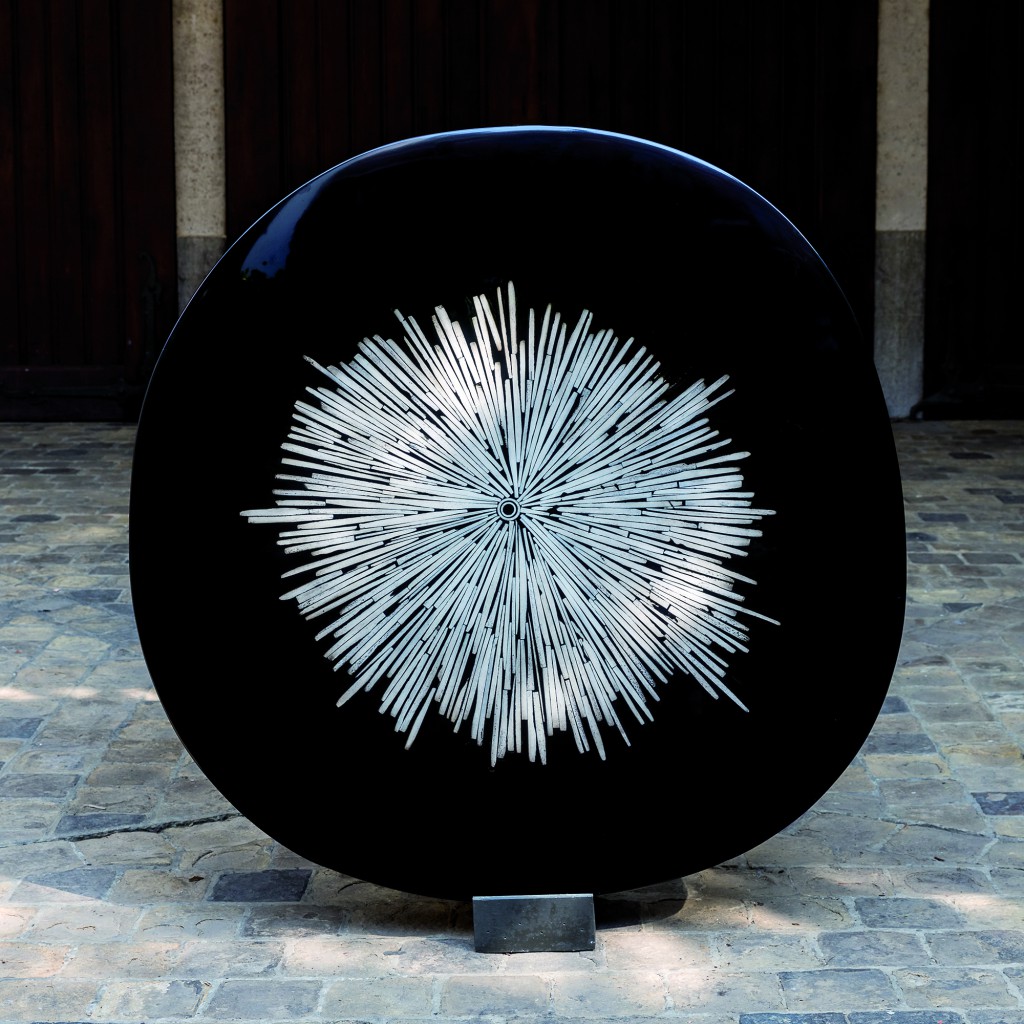 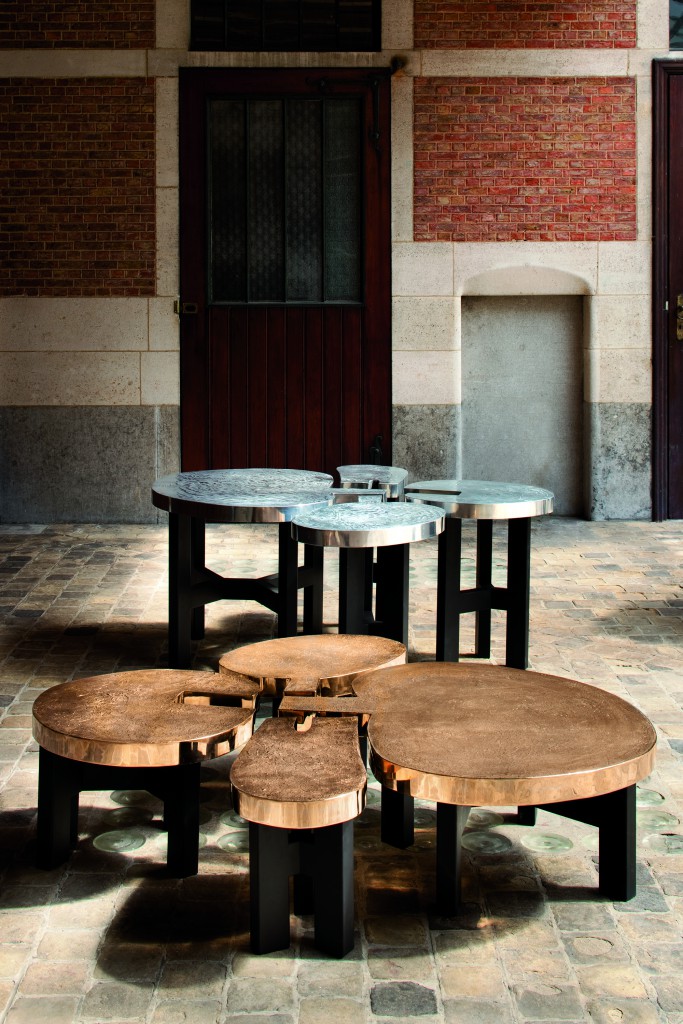 2013 - In the Solvay stables patio, presentation of the first numbered trays in the artist’s work. Joséphine in bronze and aluminium are released in 50 copies. Image by Jean-François Jaussaud.