The institution is hosting a retrospective of nearly 200 ceramic works from the German artist, made between 1954 and 2013

Fortunately for the history of European ceramics, Beate Kuhn didn’t stick to painting vessels: the German ceramicist, who died in 2015, was known for having developed an independent formal idiom for sculptures, using cylinders, cones, spheres and discs as her signature elements.

Now, thanks to a gift from Mannheim-based collector Klaus Freiberger, Die Neue Sammlung is presenting a comprehensive overview of Kuhn’s work at the Pinakothek der Moderne in Munich, displaying approximately 190 pieces made between 1954 and 2013.

Kuhn was fascinated by artists such as Paul Klee and Joan Miró, but nature was her most powerful muse: in branches, tree trunks and flowers she found inspiration to develop themes such as movement, rhythm and change in her pieces. Fauna was also represented in her sculptures — the cat being her favourite animal at the pottery wheel. Her groupings often reflect the natural laws of the process of life.

Freiberger, an architect who has collected over 2,000 ceramic objects over the course of nearly 60 years, was born a few years after Kuhn. Given that chronological detail, he was able to closely follow the artist’s creative development —her works, thus, hold a special position in his collection, which he bequeathed to Die Neue Sammlung.

Beate Kuhn: Ceramic Works from the Freiberger Collection is open until November 19, 2017 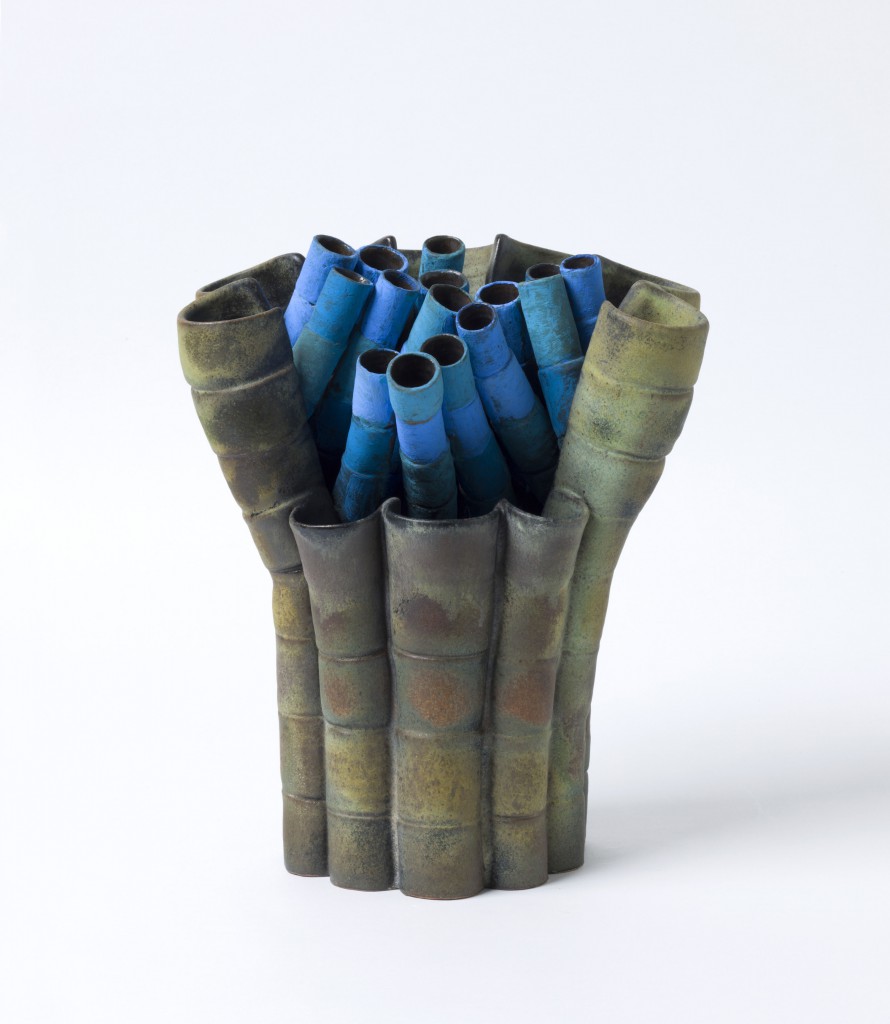 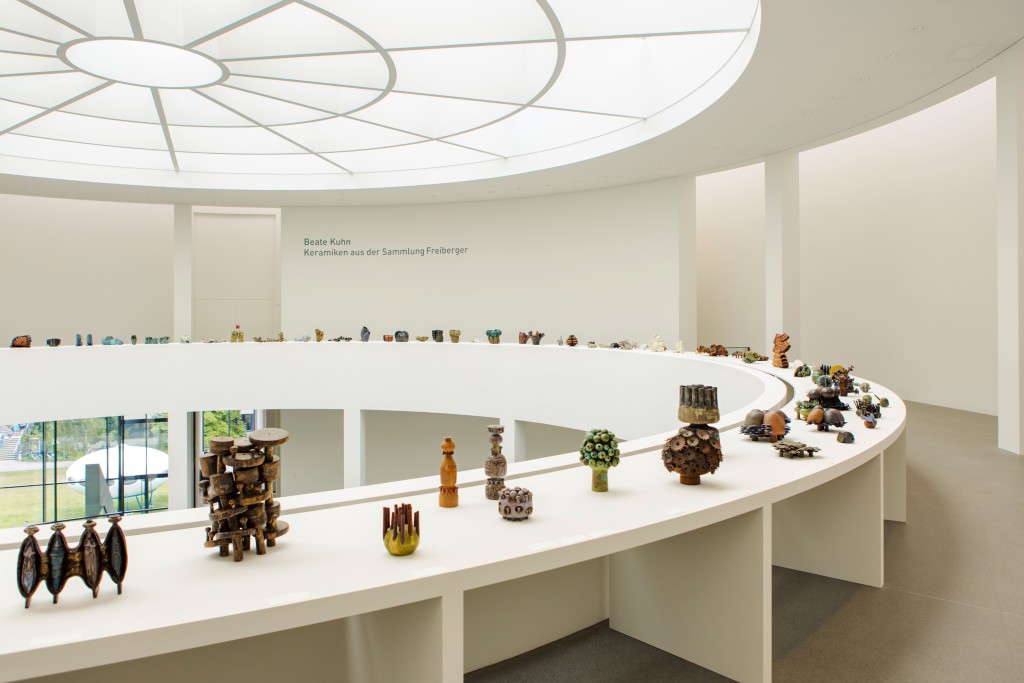 The exhibition at the Pinakothek der Moderne

Ever since he was a child, Mounir Fatmi has been curious about the transformation of objects – how, with a slight change of context or position, they can take on entirely new meanings. As a contemporary artist, he regularly goes back into the archive, transforming materials into a highly charged body of work with cleverly subversive reflections on contemporary culture.

Cape Town-based, multi-disciplinary artist Igshaan Adams expresses and unpacks his identity through his art. In ritualistic performances and through the use of handcrafts such as embroidery and beading, he delves into personal topics that look toward the environment in which he was raised, resolving conflicting identities in a quest for spiritual enlightenment.