Eight months, 6000 kilometers, hundreds of photographs, many conversations and a persistent curiosity led to the book Behind Closed Curtains: Interior Design in Iran by Lena Späth. The book is based on the fundamental question, what do homes in Iran look like? Iran is a country that has faced much political turmoil in its recent past and therefore remains largely unexplored. The vivid photographs of the 16 homes offer a peek into Iran’s design and architecture and, through this, ultimately, into the values, character and lives of Iranian people.

Lena Späth talks to TLmag about the potential for design and architecture to act as a much-needed bridge between cultures in today’s world and the making of a self-published book:

TLmag: I thought you could start just by telling us a bit about yourself

Lena Späth: So, I’m 32 and German. I studied Middle Eastern Studies which I finished in 2012 and during that time I was already focusing on Iran. In 2009 I went to Iran for the first time so that’s basically when the connection with Iran started.

After I finished my studies I went into consulting and I worked as a research analyst and then I changed to recruiting, then worked in a startup and for agencies. Then, at some point in time, I decided I wanted to do my own project. It was a good moment to do something on Iran because in the years after the Iran Deal there was an enthusiasm about Iran and its economy was picking up so I decided to do this project.

During my studies and also afterward, I worked in journalism as a freelancer. So I thought I could combine everything–knowledge from writing and the experience I had working at a startup which is a really fast-paced business of course and very hands on. My Iran expertise was good and I speak Farsi, which made it possible for me to actually do the project.

So where did the fascination to do Middle Eastern studies come from as a German person?

It is really interesting. I met a lot of Germans at university and we all found the same thing, we don’t know exactly where the fascination comes from. There are perhaps many different reasons, for example for me, I know I read a book at a young age about Avicenna, the famous doctor from Persian middle ages.

Then, of course, it was the time of 9/11, the Afghanistan war, the Iraq war. I actually studied Middle Eastern Studies and Politics. My initial plan was actually to become a war journalist, so I think my family is happy that it didn’t work out! Back then Iran was, of course, a little it heated with Ahmadinejad and Bush and the US. Everyone was going to all these Arabic countries to study Arabic or going to Turkey and I thought, okay, Iran is totally different, no one goes there, I want to discover what it’s about.

How did people receive you doing the project there? Were people keen to share their stories?

Yeah, that’s the thing about Iran…It’s the same experience a lot of tourists share. You go to Iran and you’re kind of afraid of what might happen because you don’t know so much about what Iran is a how people are as they are it is not so exposed. But then you are received so thankfully and in such a friendly way that it is just surprising.

It was the same for my project. When I started the book everyone was trying to help me. Everyone was referring me to someone and at some point in time, people were saying “oh yeah, did you hear about this German woman who is doing this book who speaks Farsi?”. People talked about it. They felt kind of proud that a foreigner would come and do something on Persian architecture and interior design.

How did you choose the houses, was it a big mixture of different people’s houses?

The book is really a book about design, so of course, for design you need some financial means. So it’s mostly middle class and upper-class houses. I think it’s the same when we talk about Danish Design, it’s also not the house of a normal, average person.

In the images it looks as if there are a mixture of mass-produced and craft objects, was that the case?

Most of the furniture is done by carpenters, people design it themselves and then get it made. They don’t have so many designer brands or design stores in Iran. The market for and western products or international products is really limited because of all the difficulties of sanctions, shipment. So the market is definitely different.

Was there a certain object that you’d see over and over again in the houses?

There is something that is always there. The Persian carpet. Persian houses don’t exist without their carpets.

Is the architecture quite consistent or is there a lot of variation between buildings?

In general, there is a consistency. Two-thirds of Iran is covered by desert so most houses are desert houses and they have always the same structure. Some people might recognise the houses from the south of Spain. They have a big courtyard in the middle and then all rooms are arranged around it. In the centre, there is a fountain and it’s a sanctuary from the desert heat with a fountain and trees. It takes the garden inside the house which is important in the dry and arid area. It also has the effect of giving privacy to the people because Iran, of course, is a Muslim country where women, not just by law, have always covered their hair and their bodies so the architecture gives the privacy to the house. It’s the complete opposite of what we, in Europe, are used to.

This is the traditional house. The typical Iranian desert house. But there are also others. For example in the mountainous areas with lots of forests, there are also houses which have balconies and are more directed towards the outside rather. Not at all like the introverted architecture of the desert. Then in the south, again a really dry area, the houses are made out of mud and then reeds so reeds on the roof, reeds on the floor. It is again, a completely different feel.

Were there any surprises in the project?

I started the project not knowing if I would find these houses because in Iran there is a slightly schizophrenic attitude to the Persian identity. On the one hand, people are pushing everything that is Iranian away because of the political system that they live with in Iran but there is also a huge pride in the Persian Empire. So it’s a huge paradox. You can see it in the design there, in the sense that the young people love these historic houses but they see it as something disconnected from their own lives. For themselves, they want to live in new buildings and western buildings. There is a huge love for everything that is new and coming from outside Iran.

So I wasn’t sure if I would find people who would have a love for the Persian elements, the Persian heritage and who want to bring this into the 21st century. As I did the project I found more and more people who love the heritage and design, but no-one had tried to gather them together before me. It is a really small community of Persian design lovers still but I think it’s becoming more popular. It’s something I was surprised about but also happy about.

Were there any pieces you thought were particularly clever and that you’d like to apply to your own way of living?

The house of Amir Hossein Rahimi Yegane, in Tehran, was very inspiring. He is a young designer and I liked the way he used daily life objects and turned them into something different. In Iran, DIY is not as big as it is in the west. He turned bird cages into cabinets for the kitchen and pots into sinks. I really like this because in Iran there is this strong belief that if you want to have a nicely furnished house you need money and basically he’s saying the opposite, he’s saying you just need good ideas and that you have to make use of what you have.

Now the book is published and you’re selling it independently, do you plan to go further with the project?

I did the first book to make a case. To show that it is possible and that people are interested in the topic. Now I am still selling the book but I am also working on a second edition. There was lots of research that didn’t make it into the first book because we couldn’t put everything in and there are more houses to explore. I’d like to publish this with a major publisher and it will be an even better book than the first one.

With growing levels of nationalism across the west, with Trump and Brexit and other political movements, do you think that projects like this could potentially allow people to see that other people aren’t so different from themselves in terms of their aspiration to have a nice house and live well?

Yeah, this was my goal with the book. To shed some light on a different topic. At the end of the day, most people in most countries in the world have the same goals. They live similar lives. People even read the same magazines online as we do here. I think it’s a common human need, to have a nice house and that’s what the book is showing. These are all people like you and they like to decorate their house in a nice way. 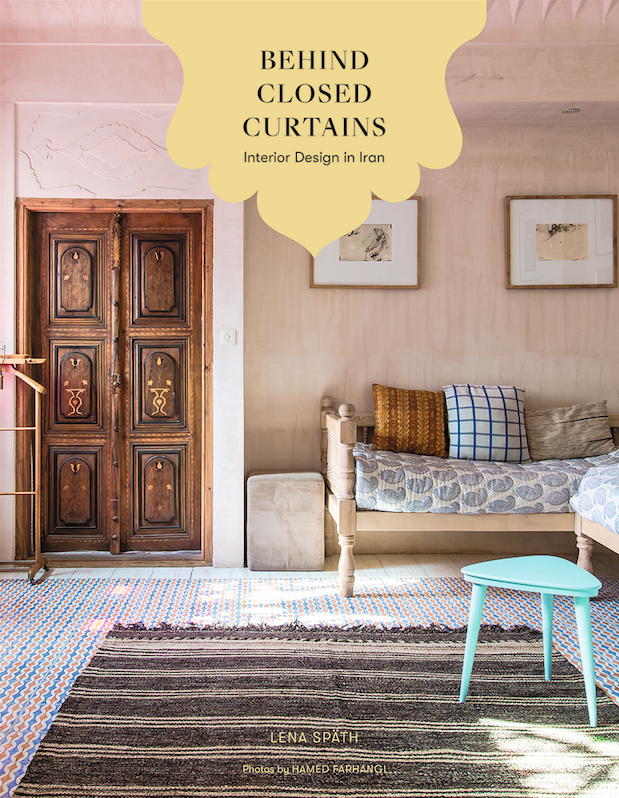 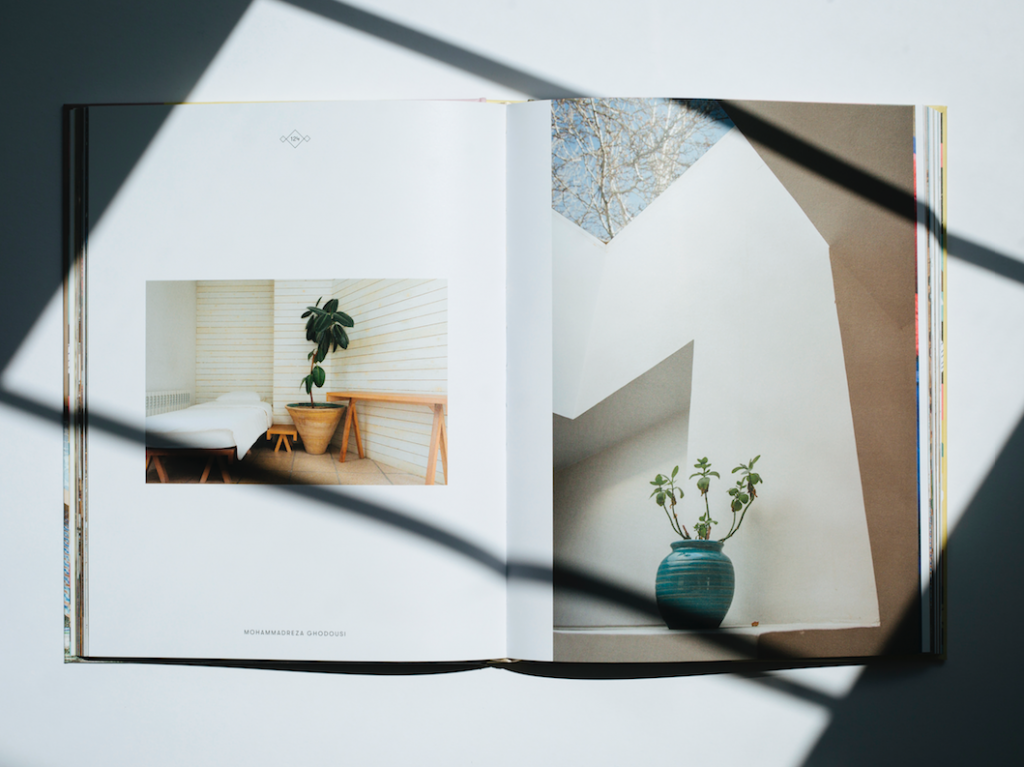 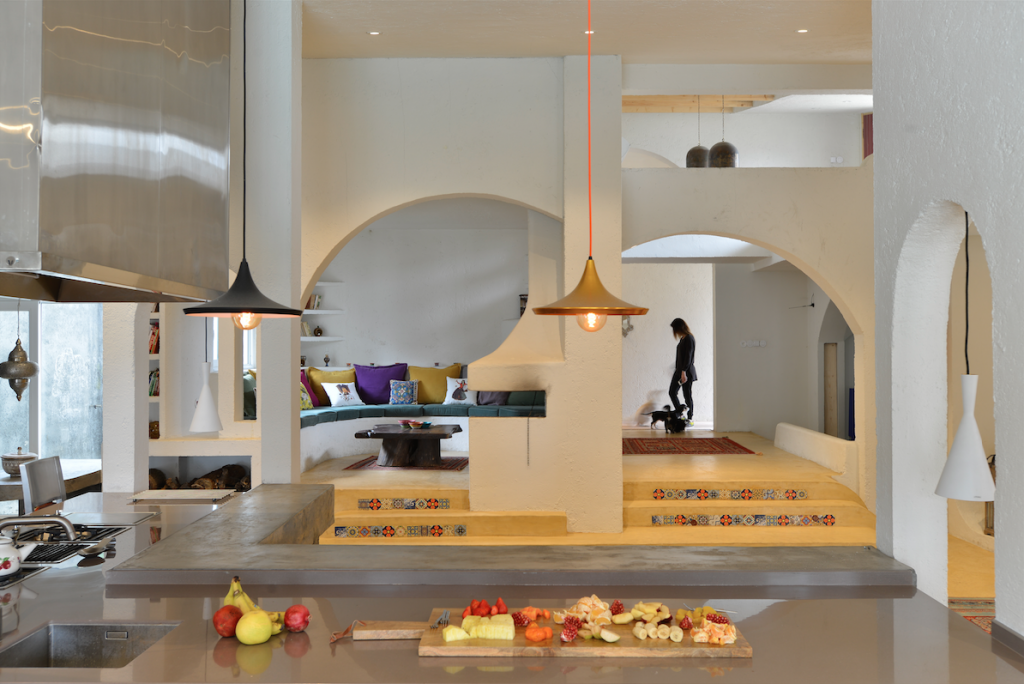 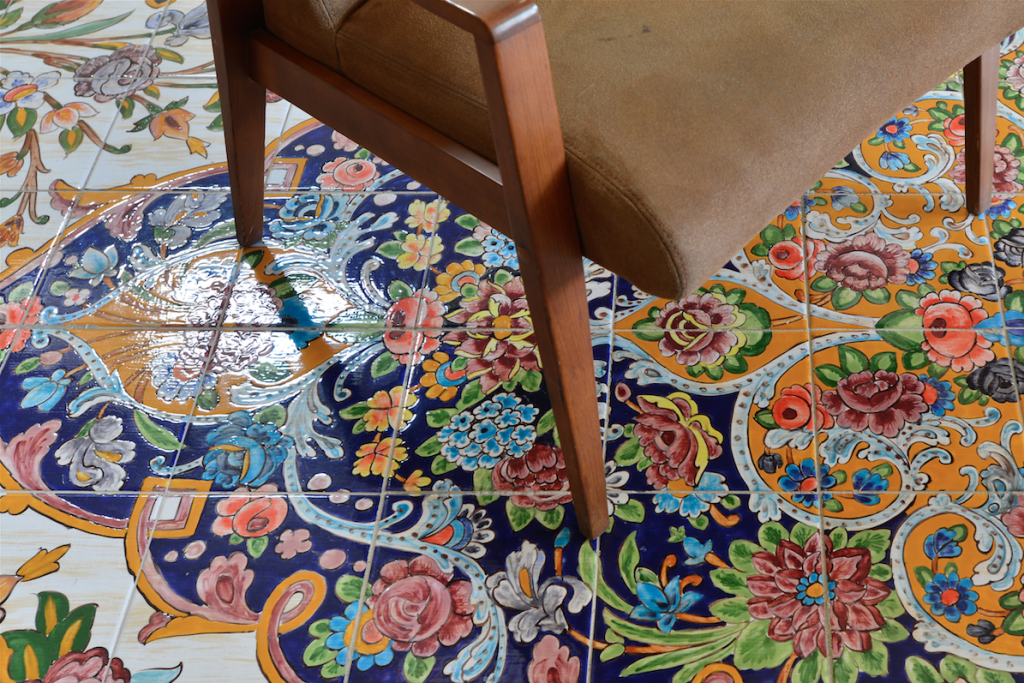 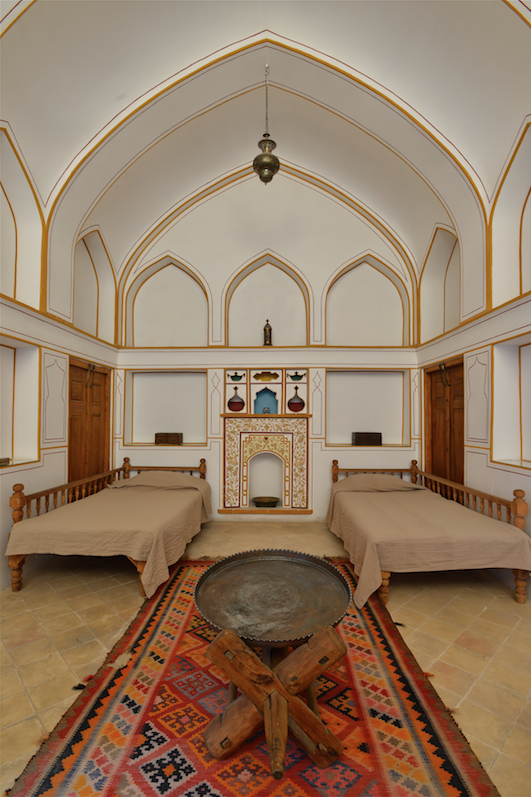 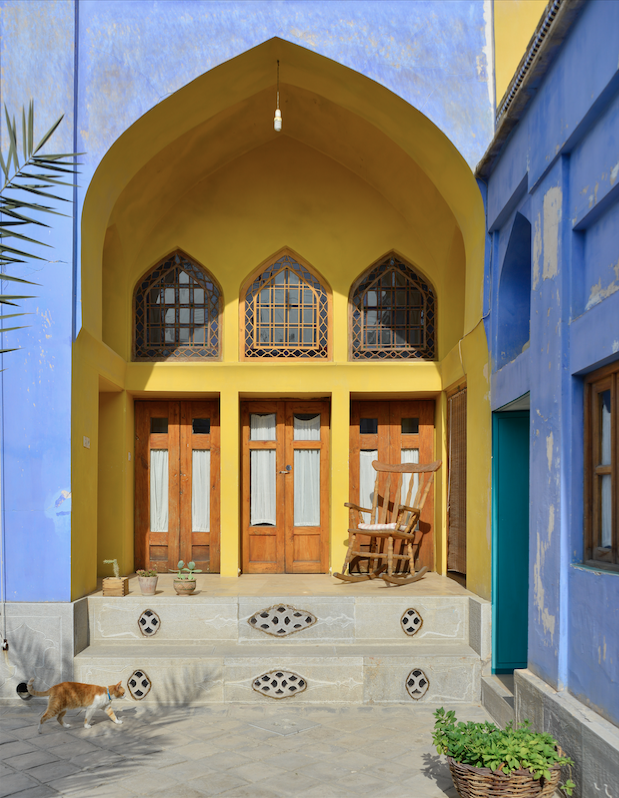 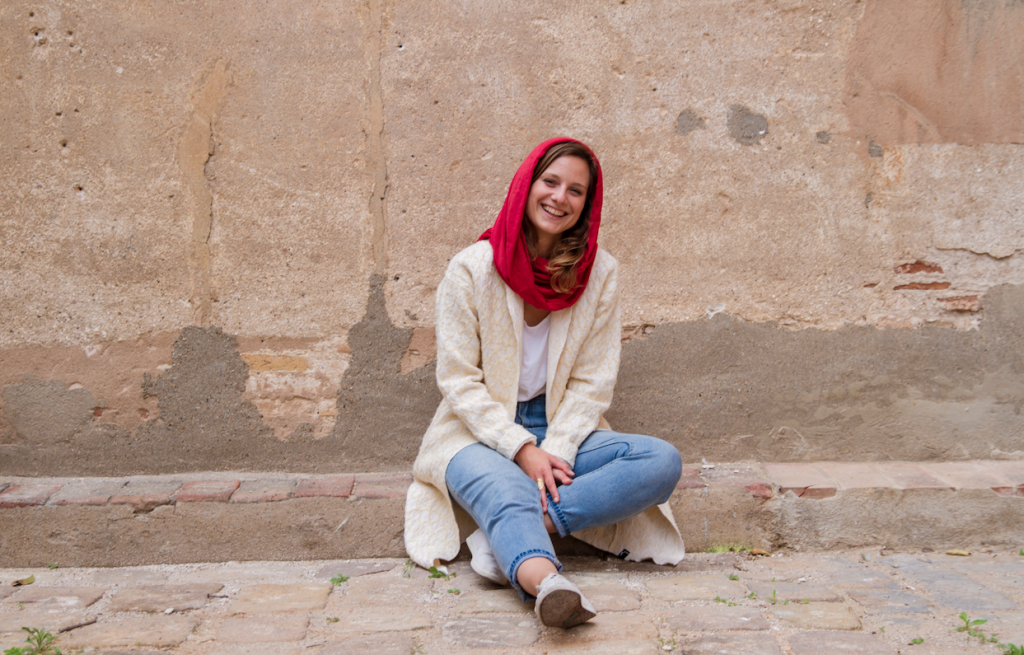