Candy and Magic: Experiencing the Ordinary with Benjamin Loyauté

The little dusty confectionary sold at street markets in the Middle East, called “Qabaqib Ghawar”, are almost ignorable. They are humble and unremarkable. However, artist Benjamin Loyauté has discovered that in this small sweet treat lies an immense power to tell vivid stories. “With this candy, I decided to talk about a culture, to talk about a way of sharing. To talk about how I can preserve an immaterial heritage. I discovered it’s potential. And I love to work on potential…” he tells TLmag.

But, before delving into the artist’s world of candy-making, it is necessary to understand a bit more about the somewhat elusive figure of Benjamin Loyauté who splits his time between Brussels, Beirut and New York.

Loyauté worked for many years as a design curator but grew increasingly frustrated with an industry that was only interested in commercial goods and repetitive exhibitions about chairs with no real substance. Despite his success as a curator – which was built from the philosophy that “a good curator is the one who is able to tell a story” – he decided to develop his own practice as a maker of stories.

Since 2014 Loyauté has been building a body of work, like chapters in a book, that celebrate and document the human experience. He describes this as “a bit like an endless fable whose function is to increase our ability to see the real. Each work creates a door through which we can surpass our habits to reach a counter-space which invites us to review our certainties.”

In his fables, Loyauté explores themes of collectivity, immaterial heritage, conflict zones and the magical potential of ordinary objects. His current exhibition Experiencing the Ordinary, on display at the National Museum of the History of Immigration at the Palais de la Porte Dorée, grapples with these complex themes. It also invites visitors to embrace moments of common experiences and embodies the artist’s belief in the importance of connection across cultures.

The exhibition combines a variety of media including film, installation sculpture and performance. In each of these media Loyauté plays with the imaginary in order to explore the world around us. “I make fiction tangible and use fiction to highlight the real. It’s a tool for me,” he explains.

Which brings us back to Loyauté’s edible candy sculptures entitled Louloupti that are quasi-real. They are based on the once common candy stands found on Syrian streets but the artist reimagined and designed their shapes, creating a new fictional version of the candy which references the ancient Syrian “eye idol”. He uses the treats to open up conversations with people from Syria. The confectionary triggers tangible memories and allows Loyauté to document the stories of these displaced people. By choosing to create a confectionary-sculpture, Loyauté wanted to preserve the vivid material heritage of the country and highlight the alteration and loss that is occurring there.

Louloupti led to the film The Outstanding Eyes of Syria which is shown in the first room of ‘Experiencing the Ordinary’. The film tells the story of a young girl call Loulou and the imaginary sweet. In creating a consumable artwork Loyauté highlights the magic of ordinary things –“nothing things” – to become items that talk to and unite everyone.

Recalling other occasions where he has shown the film, the artist tells the story of a woman who spent hours in an exhibition watching it and waiting to talk to him. Upon meeting Loyauté she said “you know, I never ate these candies during the 20 years of my life when I used to live in Aleppo. I never ate them but now I miss them.” This shows the potency of fictional objects to reflect on the real. “Everyone can project their own history, so it is personal but at the same time, it is universal. This is the strength of the language of simple candy.”

In his new work, (Artifciose Machine) La Machine à Dispersion, presented for the first time in the exhibition, Loyauté explores his fascination with machines and mysticism. The sculpture is inspired by the mechanical principles of the Renaissance inventor, philosopher and mathematician Jaques Besson and the military engineer Agostino Ramelli and their experiments with the ‘Theater of Machines’.

Loyautés monumental totemic sculpture, measuring two meters in height, takes the form of a big wheel which visitors are invited to activate by making it turn. Loyauté says that when “you turn it your thoughts get sent into the sky and you send a message to the universe. It is a wishing wheel.” However, it also has other layers of meaning built into it. The sculpture is composed of many metal cans, some of which hold the stories, dreams and messages of people that the artist has connected with and asked to contribute. The stories remain hidden and protected inside the wheel.

Furthermore, the wheel sits beside a 19th-century Persian carpet which was made on the border between Turkey and Iran. Unusually large in scale, the Arabic carpet is measures 7.5 x 4.5 meters. Loyauté says “it took me years to find it to create You my other Self which is a magical space and a space of being.” In the exhibition, the carpet becomes an area for meeting, sharing, resting and dreaming. It evokes a childlike experience of sitting on the floor and also refers to the tradition of stories about flying carpets. This space will also be the site of performances throughout the exhibition: “People will share memories on the carpet. I have invited some Syrian, Iraqi and Lebanese people to do performances and I will do one too.”

The final room of ‘Experiencing the Ordinary’ shows Loyauté’s ambition to scale-up his Louloupti candy as well as his love of words and the pleasure he takes in “designing language”. The installation entitled Candygraphy references lithography printing. With this technological advancement, it was possible to spread messages, images and information further and to more people. This practice of greater dissemination through production techniques was applied to the Louloupti. “I decided to create a factory. I will start with 5000 boxes of candy but, in the end, there will be 60 000. I will put them into the world and then Louloupti will become the way to connect people with different heritage.”

The sweets will be given out to visitors for the duration of his show with the request that they share them with someone and then tell a story about their experience of sharing. “We share, we believe, it is not financial. The more we share the stronger we become and the more we can change.” Says Loyauté.

In adding more fables to his collection, the exhibition also marks the publication of Heterotopia, Affordance & New Pragmatism. In this book Benjamin Loyauté reflects upon his work and wider topics. The book also brings in essays from other professionals such as sociologists and scientists.

After this exhibition Benjamin Loyauté will continue to develop his practice, adding chapters to an ever-evolving story. He aims to continue to grow intellectually “if you have nothing to learn anymore you have nothing to say. It’s a big problem in our society that it feels as if it has arrived. But I will not arrive. I love what I am doing, it is my luxury to write and to curate. I will arrive when I am dead.”

‘Experiencing the Ordinary’ will be on display at Palais de la Porte Dorée until October 28. This exhibition was made possible by Rubis Mécénat cultural fund at the invitation of director Lorraine Gobin as part of the long-standing program of ‘Blank Cards’. 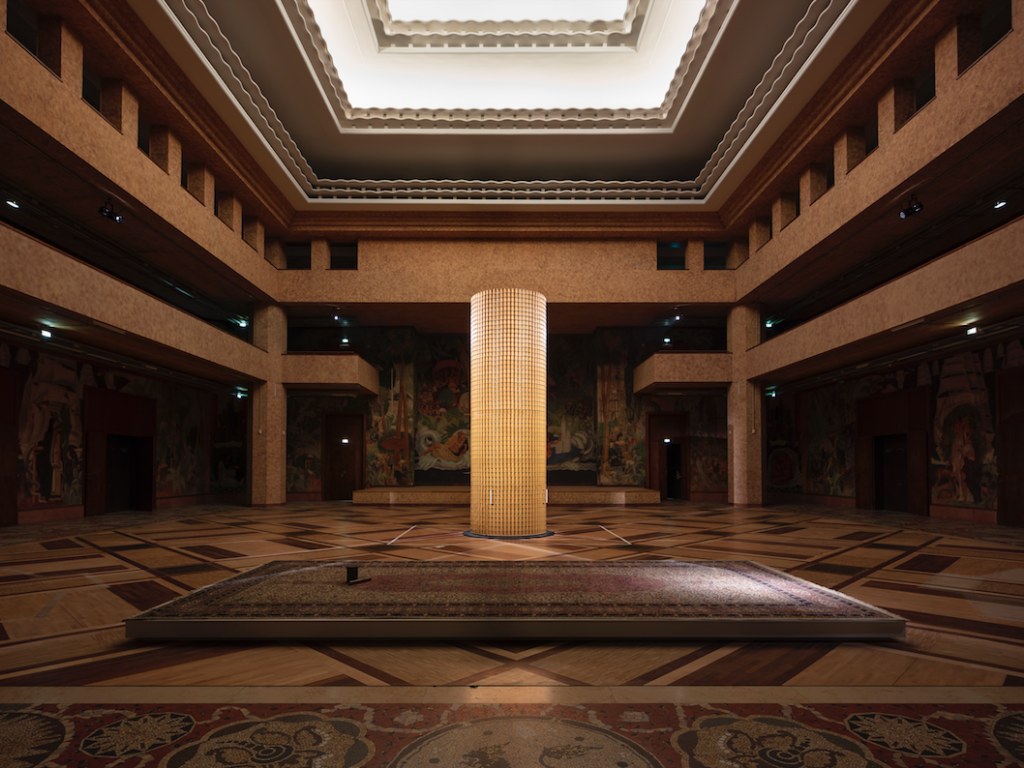 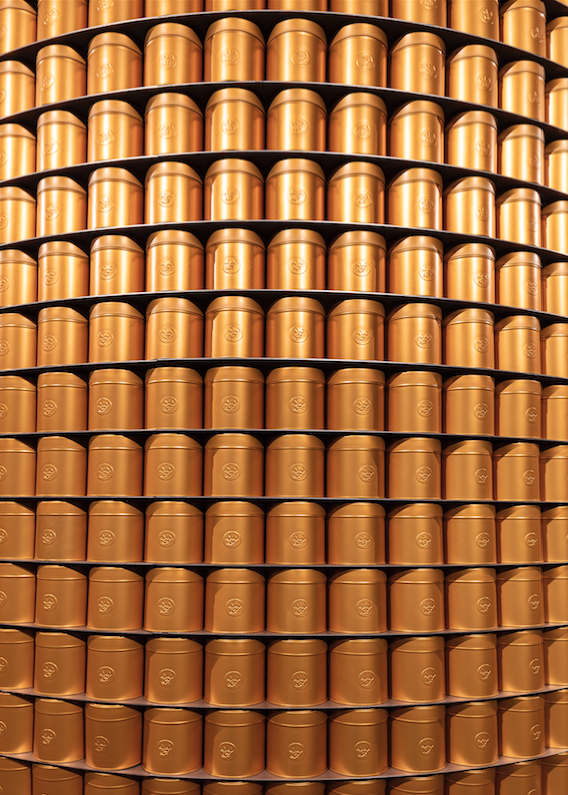 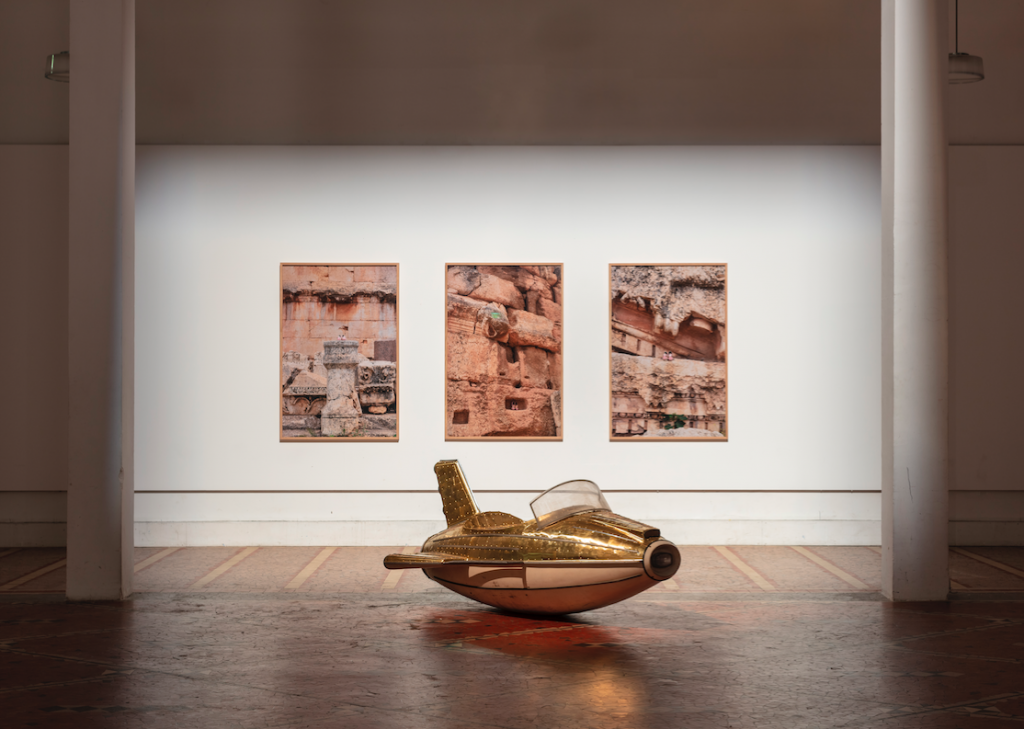 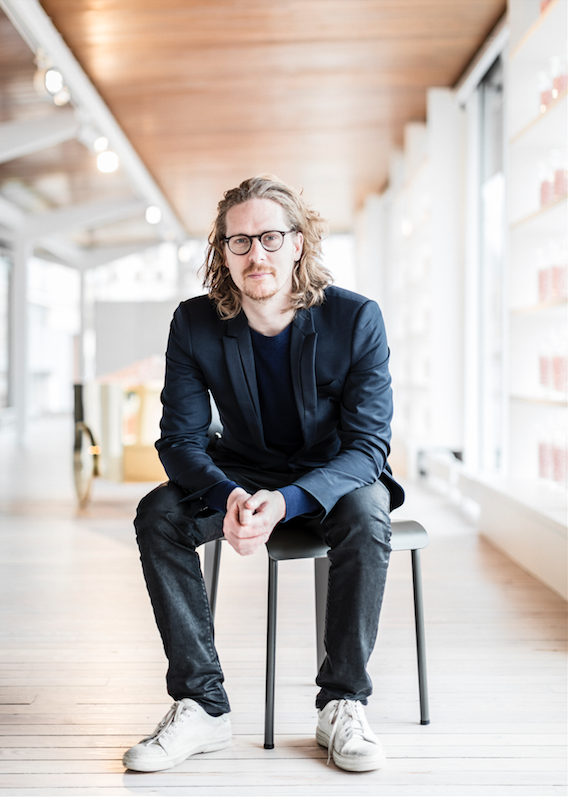 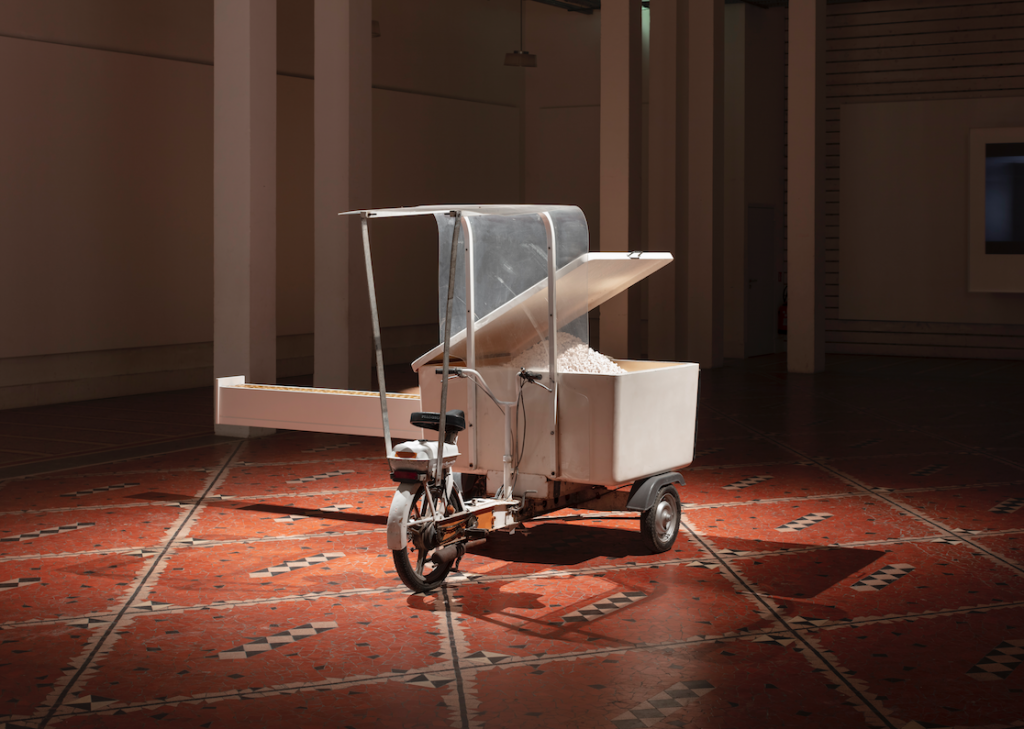 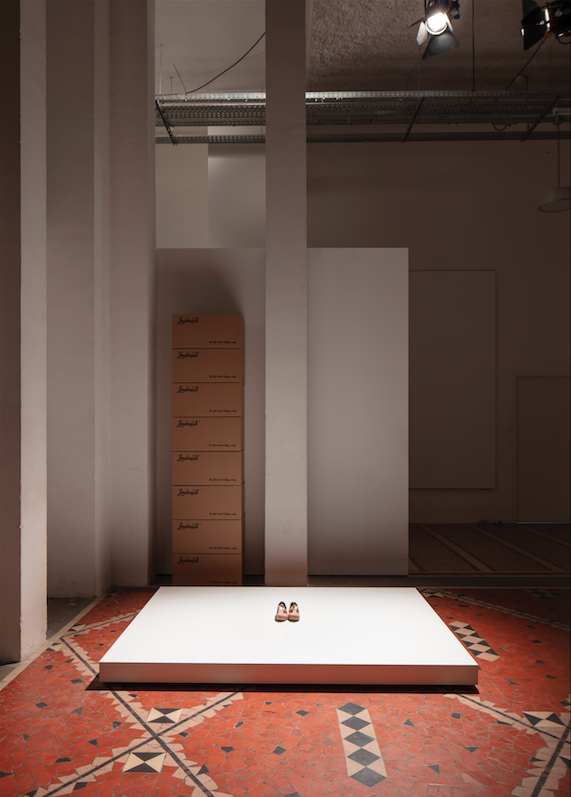 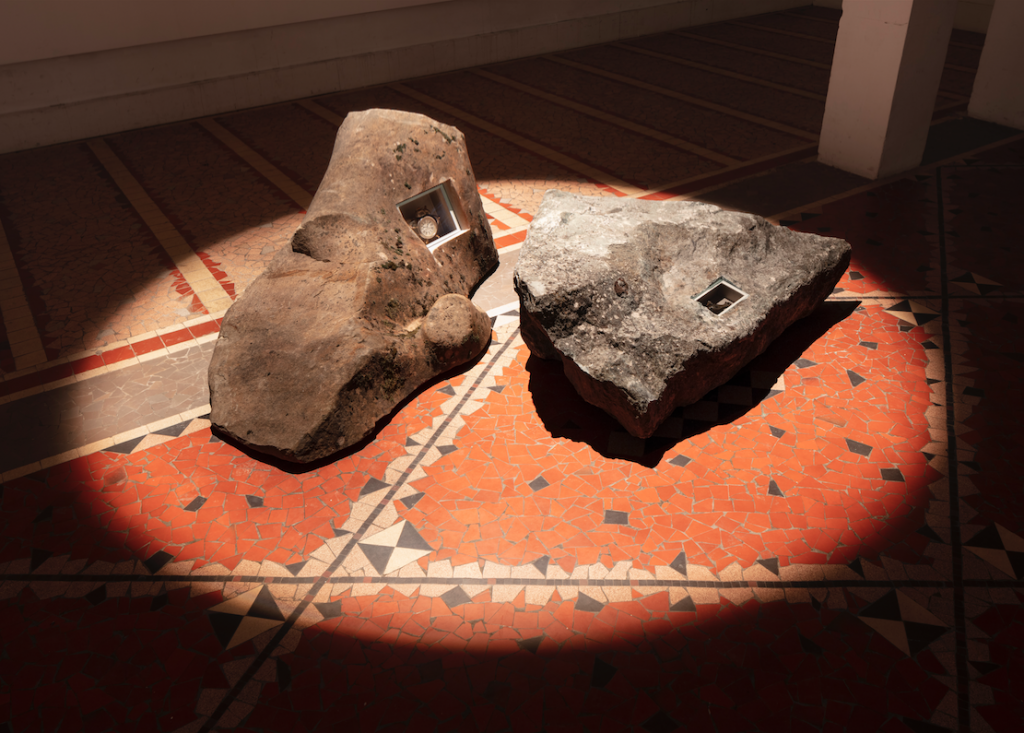