From pieces of industrial design to collectible and limited design pieces the objects category of the Biennale Interieur Awards gives young designers a chance to showcase their ideas and objects. For the Biennale Interieur Kortrijk 2018, the awards were judged by an international jury with versatile perspectives on design. It was made up of Patrizia Moroso (IT), designers Sebastian Herkner (DE), Alain Gilles (BE) and Dimitri Bähler (CH), journalist Tom Morris (UK), and architects Glenn Sestig (BE) and Alex Mustonen of Snarkitecture (USA). Selecting from over 100 submissions from 17 countries, the jury could not choose a winner so, instead, picked two: Coil by Belgian designer Bram Kerkhofs and Dorval lamp by French design agency SCMP. They also selected Pontius by Sylvie Van De Walle and Flip by Juhl Christian Hammer for an honorable mention as well as 14 other objects to be shown at this year’s exposition.

One of the winning objects, Coil, is an ingenious stand-alone modular cabinet. The wooden structure allows for an elastic rope to be woven through it to create something that sits halfway between a closed cupboard and an open shelving unit. The semi-transparent facade creates the effect of the objects stored inside appearing as silhouettes rendering them mysterious and intriguing. The various modules can be combined so that up to five can be put together to create customisable furniture for individual spaces.

In a similar approach of dynamic adaptation for different spaces the Dorval lamp can be adjusted to fit into a dining room, living room or even an office. The design allows the four heads of the lamp to be positioned in any direction inspired by the unusual combination of airport runway lighting and the traditional chandelier.

Other notable projects include Atelier Sohn’s Wave Tray which brings together a copper base with a rippled glass top to hold small objects such as jewelry on its water-like surface; Nort Studio’s playful take on a bench entitled Urban Shapes which is inspired by city motifs such as storm drain grates; and the Fur-Light by Bina Baitel whose fur frame reacts to touch and adjusts the light based on the users caress of it creating a new sensory experience. 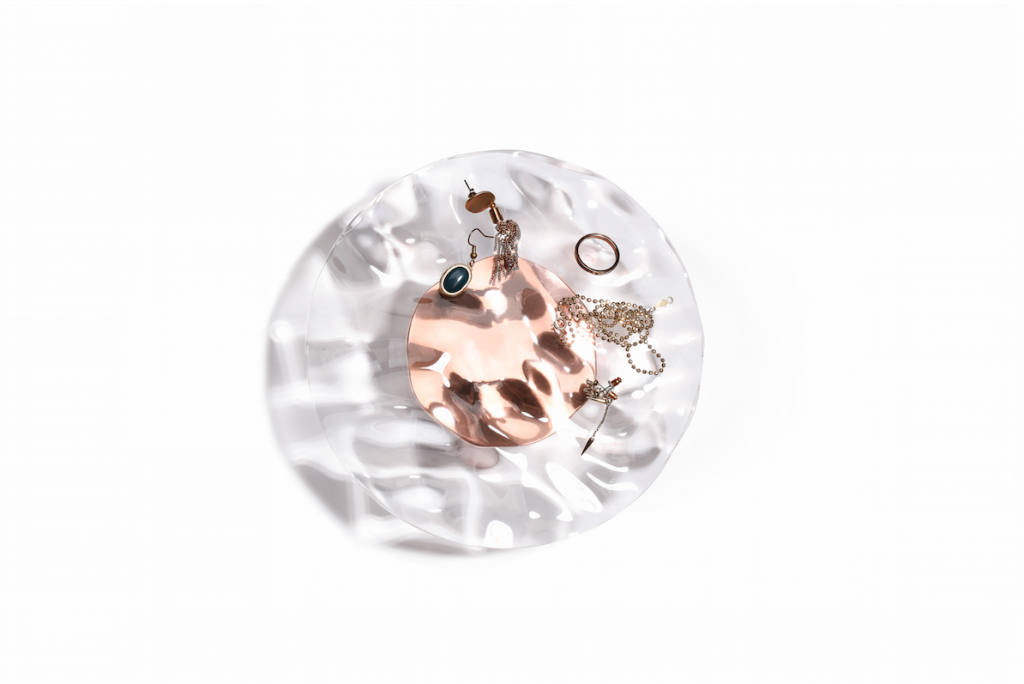 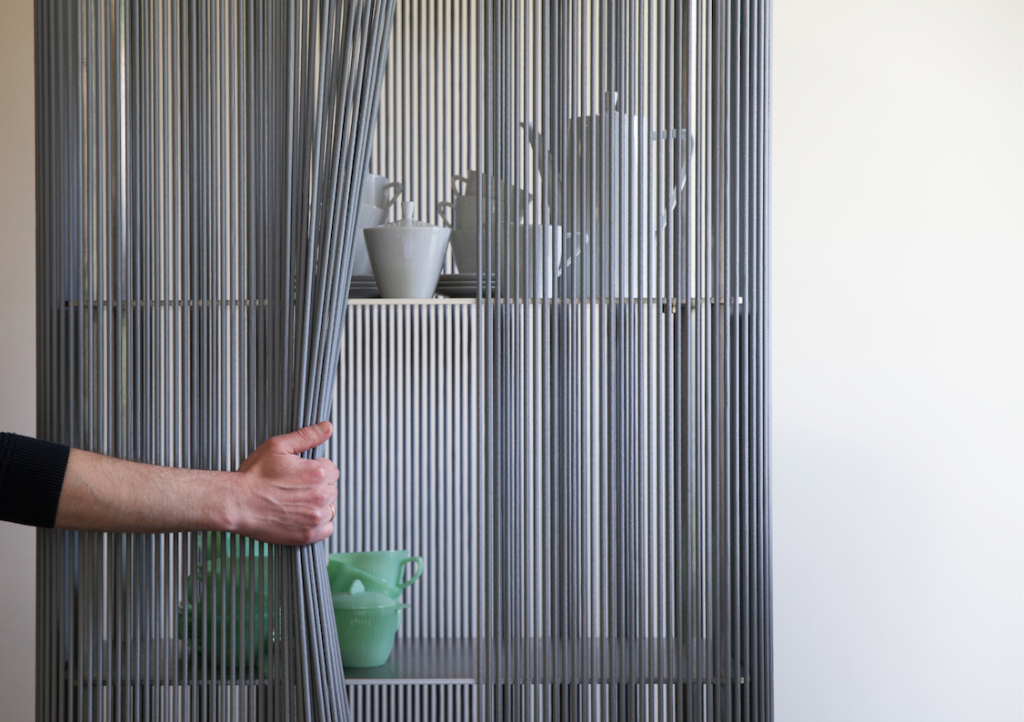 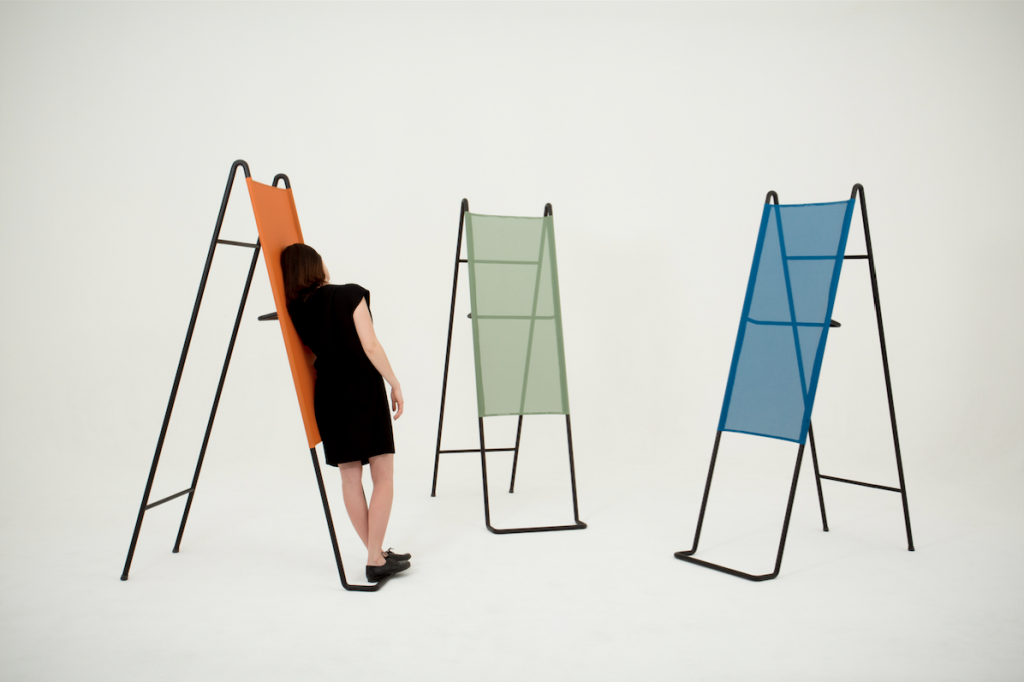 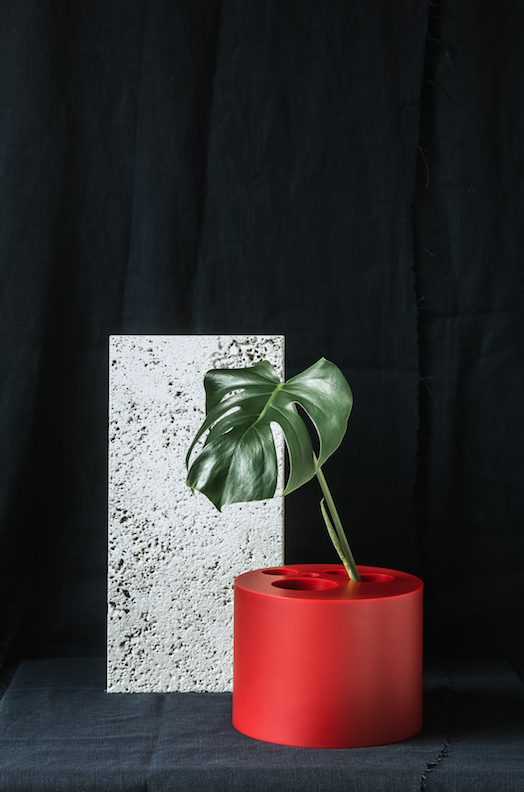 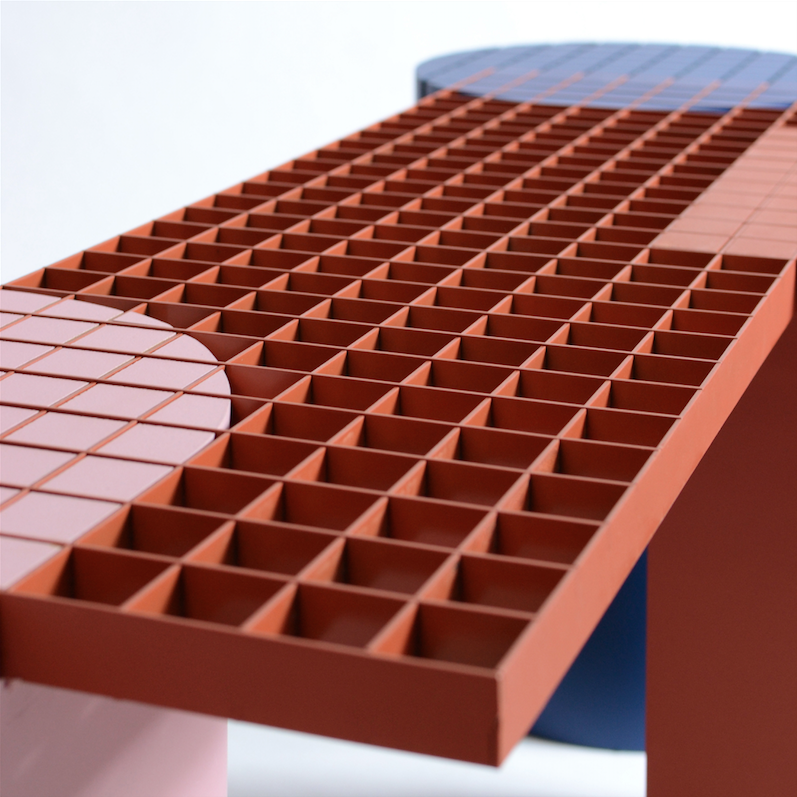