Brussels Design Market – Back to the Eighties

From 10 to 11 March at Tour et Taxis welcomes the biggest event of its kind in Europe : Brussels Design Market.

Launched in 2002, this vintage design salon, being held next 10 and 11 March at Tour et Taxis, has become the biggest event of its kind in Europe. An immersion into 20th century furniture with Thierry Belenger, co-founder of this event that is already marking its 25th edition.

TLmag: Originally, Design Market focussed on furniture from the 1950s to 80s. Today, it covers the entire century. Why this change?

Thierry Belenger : Fifteen years ago, when we launched the market, vintage furniture was much less popular than it is now. Our objective was to satisfy an audience of bargain hunters who couldn’t find what they wanted in Brussels. The Design Market was intended to be a generalist event. So we evolved our offer. In 2002, the 1950s and 60s were what appealed. Since then, we’ve caught up in time. Now, people are looking for more recent pieces, by Philippe Starck and Ron Arad.

TLmag : What is the status of Brussels in the international vintage furniture scene?
T.B.: Thanks to its geographical location and its status as the capital of Europe, Brussels is the ideal place to organise this type of event. Germans, French and Dutch who come to Design Market love the concept, the spirit, and the practical prices. And don’t forget that Brussels is the only capital that holds a flea market every day of the year, with no exceptions. In the capital, bargains are a tradition, even an addition. Furthermore, Belgians have a reputation as collectors.

TLmag: Each edition of Design Market attracts an average of 7000 visitors. How do you explain that popularity?
T.B.: The media has contributed a lot to the increased popularity of vintage furniture. Eames chairs are the best example. Today, the decor of most residences includes one third new furniture, one third inexpensive furniture (think Ikea) and often, some vintage. The other trend is diversification: people no longer want to match all their furniture, but instead to mix different styles and periods.

TLmag: Beyond the idea of trends, how did you succeed in making this the first market of its kind in Europe?
T.B.: After organising the market in two other locations, at the request of Art Brussels we moved to Tour et Taxis. By becoming an OFF-Art Brussels event, we grew from one edition per year to two. The prestige of the site, of course, contributed to the growth in the attention for Design Market. I think as well that the bargain hunters have less and less time. They go less frequently to antique shops. This type of event lets them see more than 5,000 different items in two hours. It’s an unbeatable offer and an experience that is unique in its kind compared to the social network and online sites inundated with ‘virtual’ objects.

TLmag: Pieces come from very many places: Scandinavia, France, Italy, Belgium, the United States. How do you view this global market?
T.B.: The decade-long craze for Scandinavian design in fading. Minimalist chic is giving way to other movements, such as 1980s baroque: Garouste and Bonetti, in particular, but also Starck. In 1982, he started making pieces, many of which are no longer produced today. In comparison to 1950s furniture, they are still affordable.

TLmag: Are there any pieces or designers that, because they are becoming rare, have seen their prices rise?
T.B.: Contrary to what we have been seeing in the area of classic cars over the past years, we can’t, in 2018, purchase vintage furniture and expect its price to increase 20% in two years. Even if we see a rise for certain pieces, such as those of George Nakashima, the market is too vague for the prices to truly take off. But when a piece is authentic and kept in good condition, it will certainly keep its price. This isn’t the case for modern furniture purchased in a store.

TLmag: How does such a market need to evolve to remain attractive and competitive?
T.B.: For several years we have been using the Design Market commercial sounding board to organise, on the side-lines of the fair, free educational exhibitions that puts the spotlight on a style, era or trend. It is meaningful to us, and enlightening to our visitors. Next March, we will devote a space to Pastoe, a Dutch maker well-known in particular for its ribbed roll-top furniture. Food trucks and other invited guests (a selection of classic cars and vintage clothes) will enable us to diversify our offer and continue to captivate our audience.

TLmag: What advice would you give to visitors coming to Design Market for the first time?
T.B.: Organising the fair over several days lets the sellers take time to interact with the public. They shouldn’t hesitate to ask questions, and then purchase the best picks. As organisers, we take care to ensure total transparency. To provide an enjoyable shopping experience and avoid incomprehensive price differences between two seemingly identical pieces, copies are clearly marked using stickers. 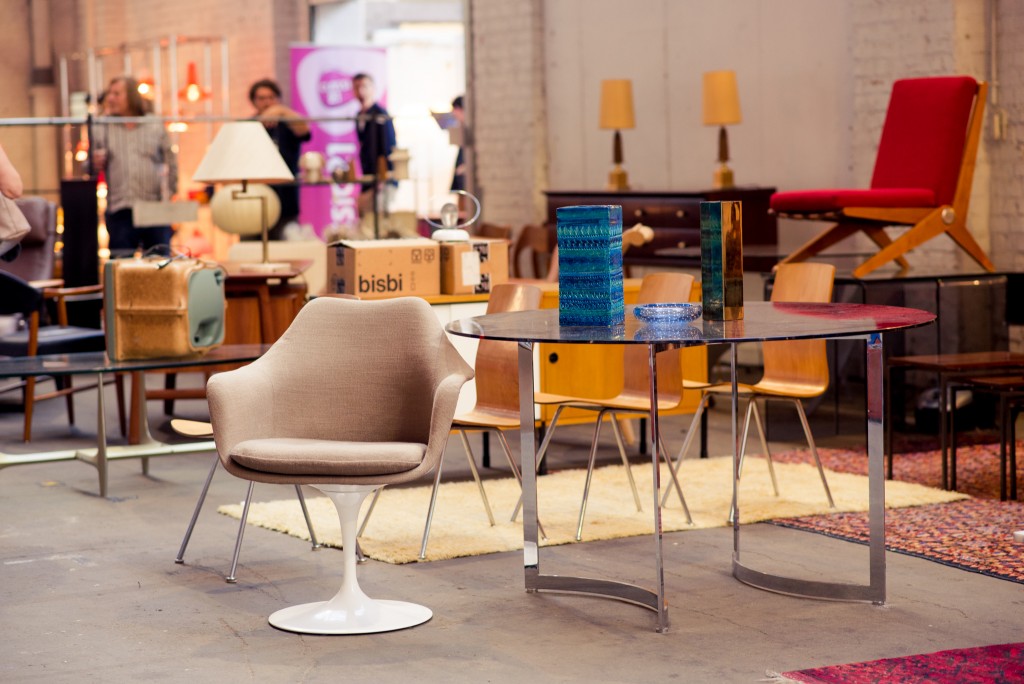 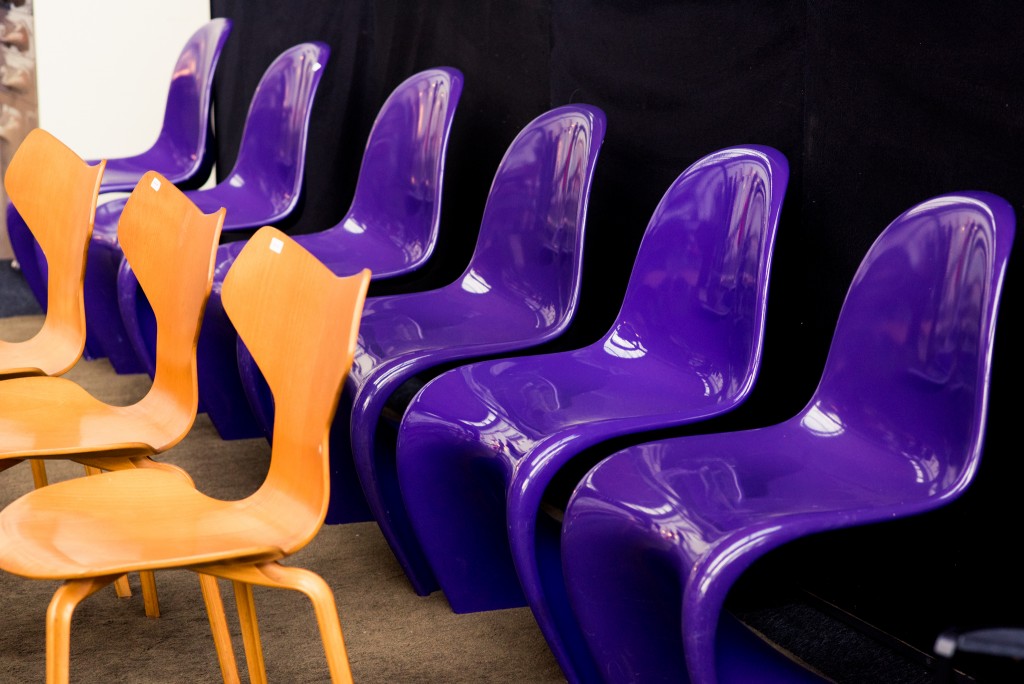 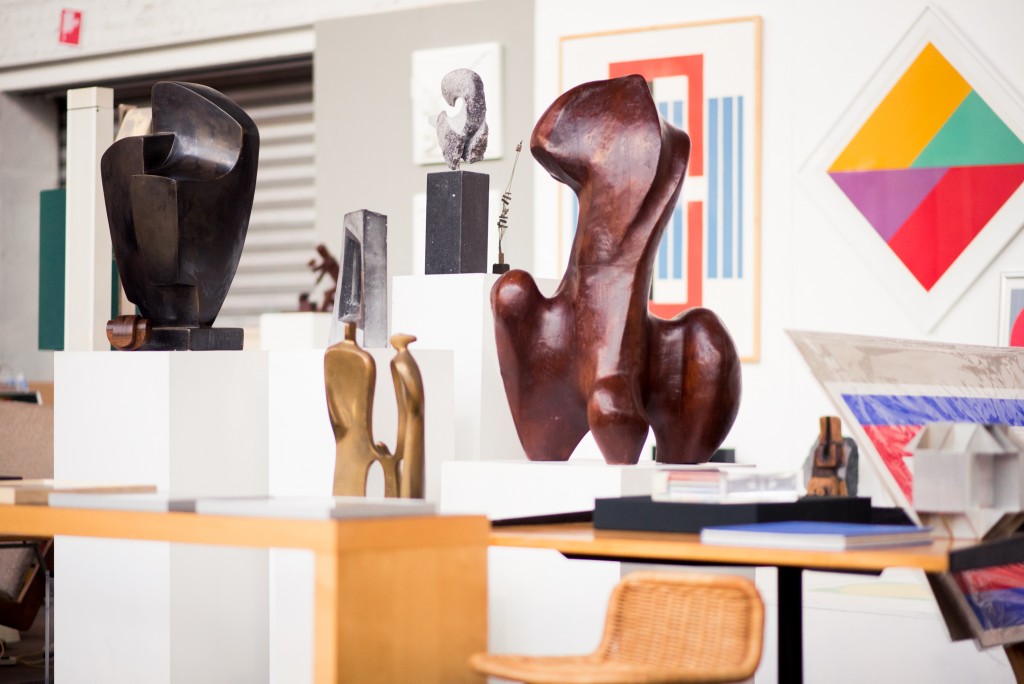 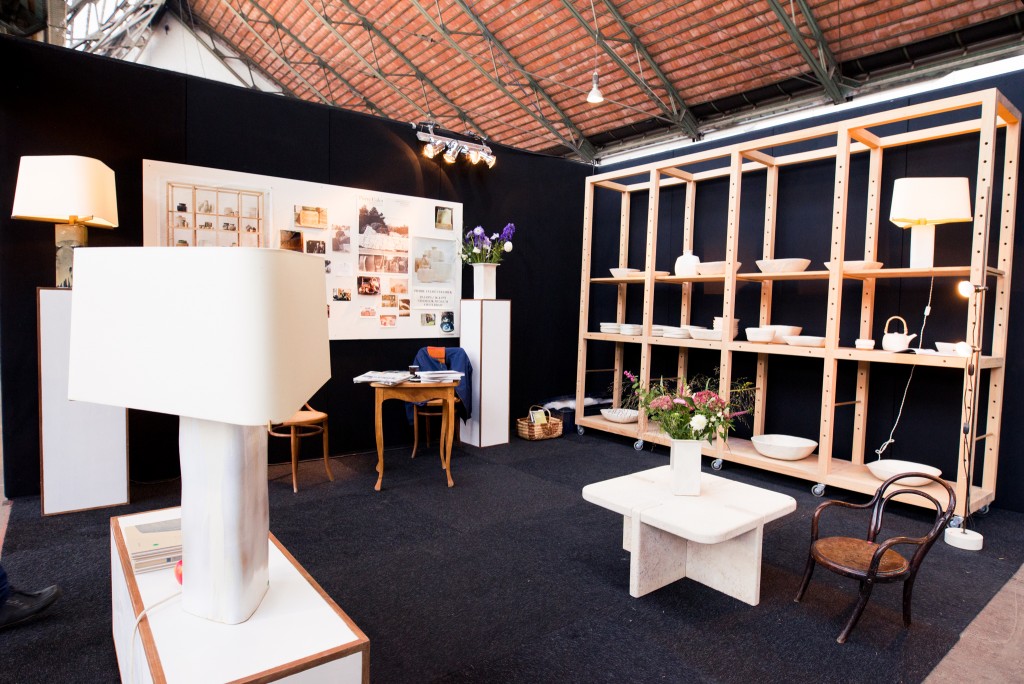 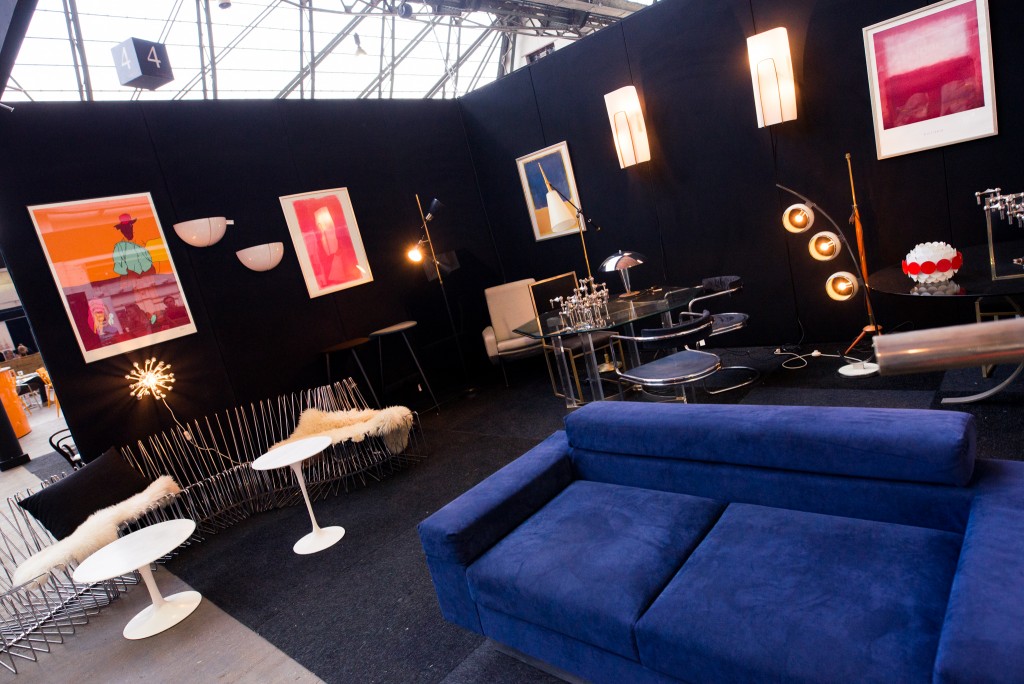