Carine Boxy: Soft as the Moon, Rough as the Earth

Deep in the middle of the Flemish fields, Belgian designer Carine Boxy creates large interior landscapes of sheepskin that drape over floors, walls and furniture. Her beautiful workplace breathes her aesthetics: rough, spontaneous and close to nature.

‘I’ve always liked it wild. When I was a kid, I ordered my parents not to mow the lawn’, laughs Boxy, who lives with her husband, Belgian chef Stefan Boxy, and her two kids in an English-style house in Sint-Martens-Latem: a green village just outside the city of Ghent. The house dates from 1904 and was renovated by the late Maarten Van Severen, a renowned minimalist designer and a friend of the Boxy family. Van Severen put big, rigid windows in the rustic house, which offer a view on an untamed garden.

Just one kilometre from her house lies her workplace, which also combines rural Flanders heritage with modernism and minimalism. A large window frames the trees in the backyard and a staggering ,white round-shaped construction inside the central room demarcates the first floor. Carine shares the place with landscape architect, Aldrik Heirman, who built the place from scratch. In the backyard, Heirman grows trees ‘as individuals instead of soldiers’, as he states it. He lets the trees grow wild and crooked and places them in rugged gardens that seem to be entirely shaped by nature, not man.

Aldrik Heirman, Carine Boxy, her husband and their children share a vision of life. They embrace Mother Earth and human nature. While Auguste, Carine’s son puts oysters and kimchi in the ground to ferment, Carine sews sheepskins by hand on the floor while daughter Julia sings in trills.

‘It all started in 2009’, Carine says. ‘I wanted a rug in my home but couldn’t find one I liked — they all looked too homey. And thus I looked for sheepskins, learnt how to sew and made my own rug. I ended up sewing forty Australian Merino skins into one big moon landscape of about 25 square meters’.

Carine’s work differs from regular carpet in the sense that they don’t feel like an actual carpet. They’re animal hides: rugged, rough and wild. ‘It appeals to our primal instincts’, she says. Every piece is a puzzle of dozens of meticulously chosen skins to create a landscape consisting of different colour tones and textures. Finding all these skins is an intense process. ‘I have some suppliers that help me look for them. But in the end it’s a matter of looking at pictures of skins one by one’.

Although Carine’s sheepskins look rough and wild, most of her clients are minimalists. Star chef, Sergio Herman, for instance allowed Carine to create two entire sheepskin caves in his slick restaurant Pure C. In 2017, her skins were exhibited at the Design Museum Ghent together with the works of Maarten Van Severen. ‘My works break the linearity of the minimalist home’, she says.

Minimalism and the works of Carine Boxy go well together, as her home and workspace suggest. Both evoke a sense of silence. Carine has translated this silence spot-on in the title of her book for the 2017 exhibition: Wildest Silence, Silent Wildness. ‘The title is hard to explain in words yet easy to grasp’, she says. ‘It’s about a certain feeling. But the less you think about it, the more you understand’. 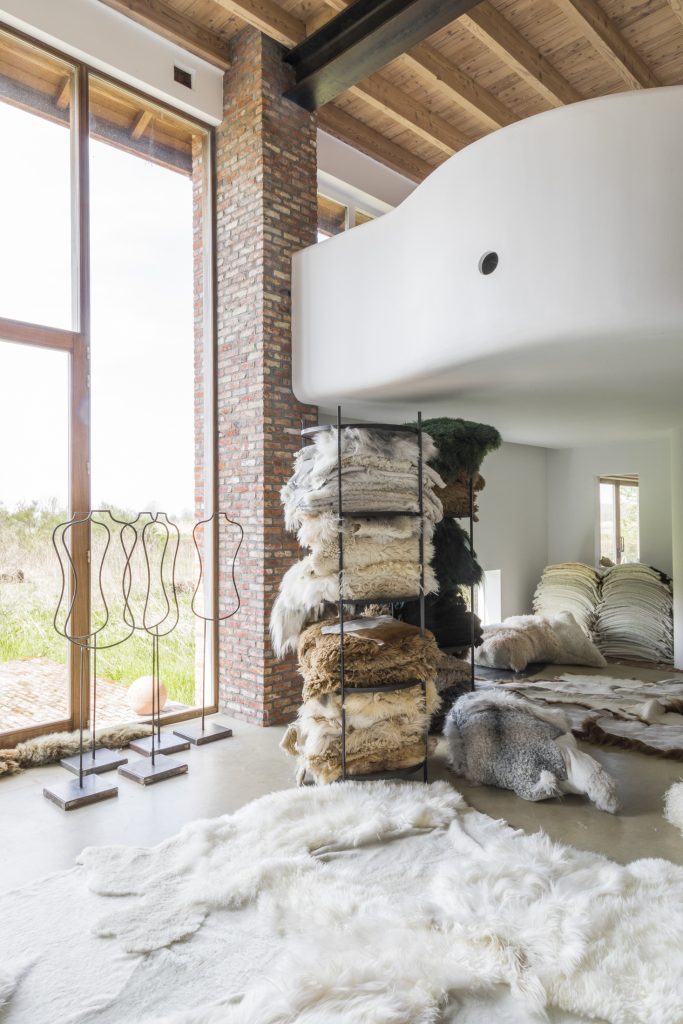 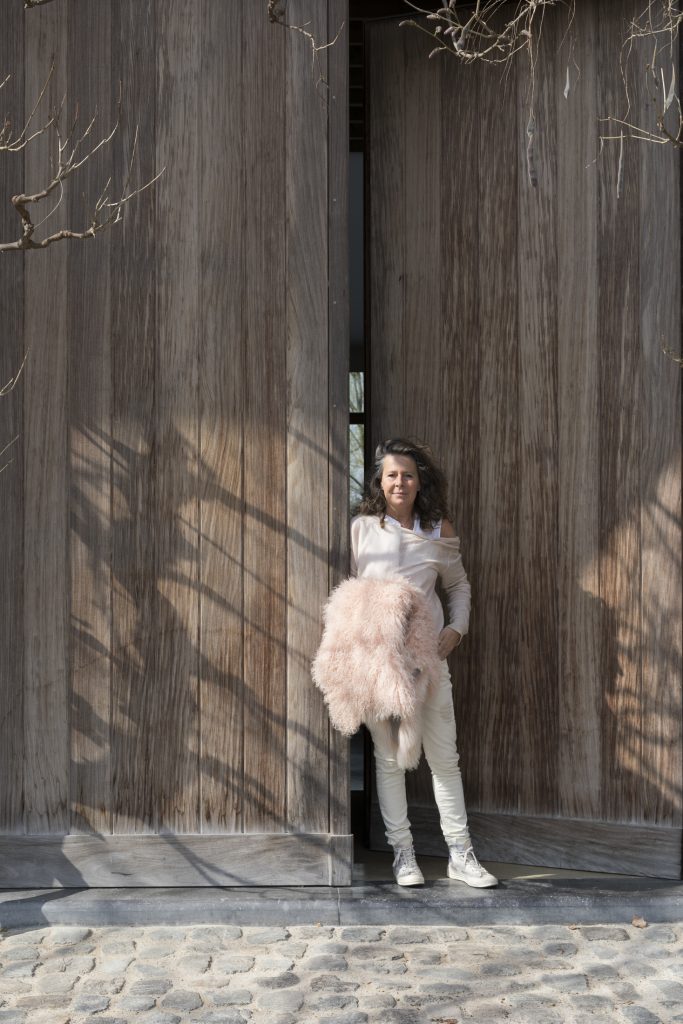 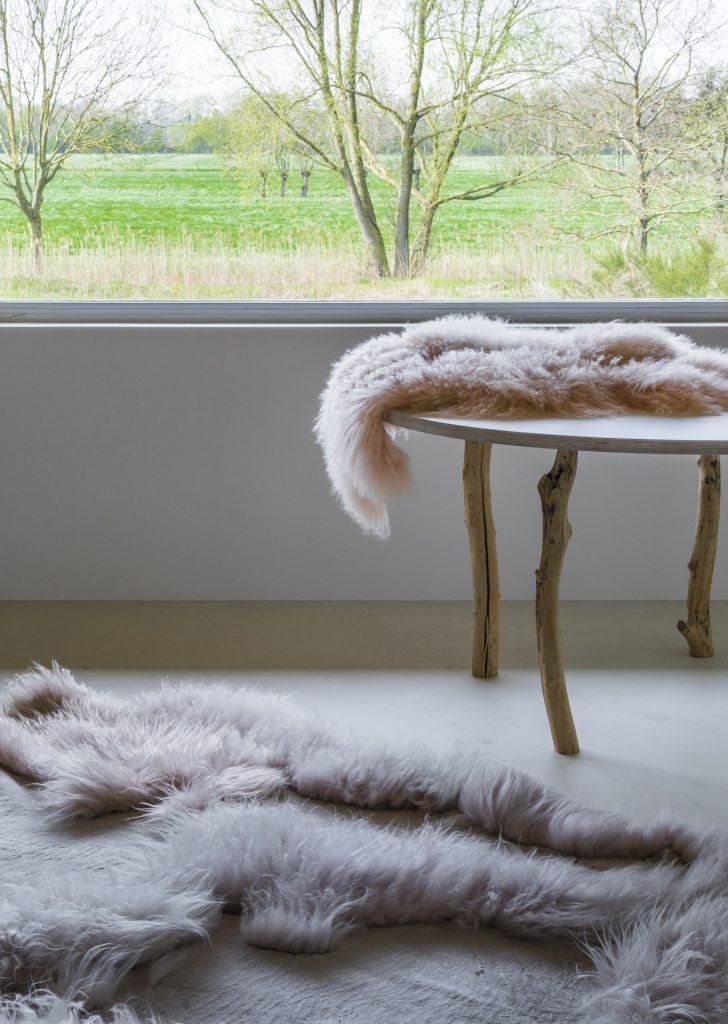 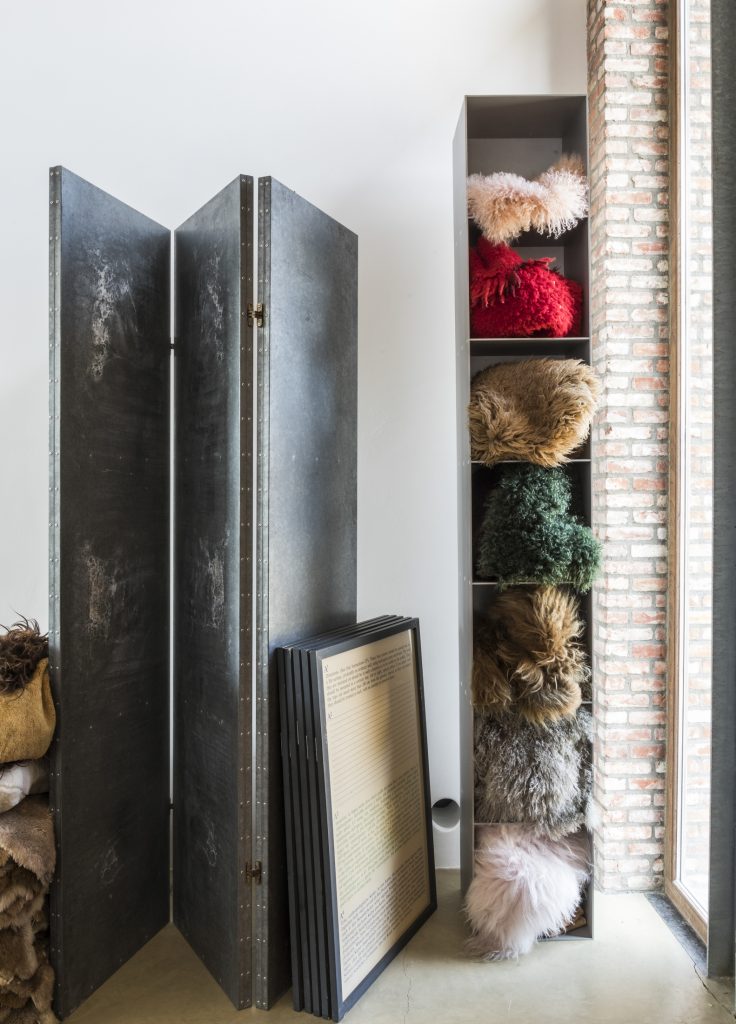 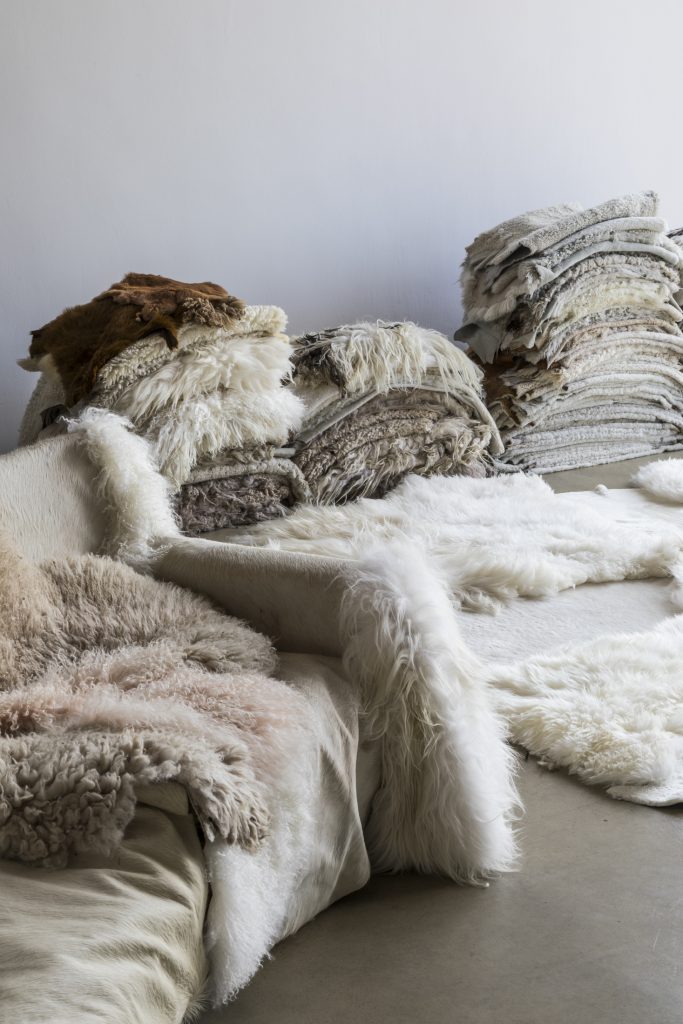 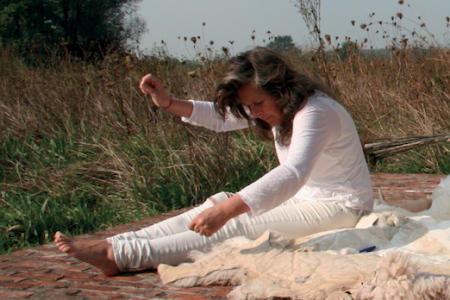 Carine Boxy makes mini landscapes from the natural material of sheepskin. TLmag talks to her about her pieces in Spazio Nobile’s Land/Scapes