The CIRVA may be little known, but this international centre of research on glass and visual arts has attracted approximately 200 renowned artists, designers and architects in over 30 years of existence, such as Andrea Branzi, James Lee Byars, Pierre Charpin, Richard Deacon, Anish Kapoor, Pierre Soulages, Jean-Michel Othoniel, Robert Morris, Ronan & Erwan Bouroullec, Anne & Patrick Poirier and Jasper Morrison. They come to participate in the research and creative residencies at its world-class glassmaking facilities, and end up forging strong bonds with the artisans. As they may move in for as long as they wish, they are offered the luxury of time to contemplate and explore an often unfamiliar material, leading to innovative discoveries. Just a couple of months into the job as director of the CIRVA, 30-year old, Stanislas Colodiet, (former curator at the Fabre Museum in Montpellier), believed that it would only be appropriate to include the four master craftsmen who work there – Valérie Olléon, Cyrille Rocherieux, Fernando Torre and David Veis – in the conversation.

TLmag: How would you describe the CIRVA’s contribution to the craft of glassmaking since 1983?

Stanislas Colodiet: The CIRVA was created in 1983 in Aix-en-Provence and moved to Marseille in 1986. It was founded by Françoise Guichon at a time when contemporary artists had little interest in craftsmanship. The situation was very different from what we’ve seen in the last decade, as many artists are now working with glass or ceramics. I see the CIRVA as a pioneering institution. It doesn’t address glass artists. On the contrary, it welcomes artists and designers who know nothing about its techniques. The magic springs from these unexpected encounters between international artists and highly-qualified craftsmen.

TLmag: How do you take advantage of technology to renew the craftsman’s tradition?

The craftsmen: Regarding casting, advancement in kiln technology allows easier and more accurate temperature control, which facilitates large-scale projects. Digital printing is also making its way into the studio and allows for the creation of new forms in casting. Technological advances have a downside, too: electrical furnaces are more complex than traditional Venetian ones, and the problems that occur occasionally can’t be handled by the glassmakers themselves. We hope that one day we will have solar-powered furnaces!

SC: The CIRVA is open to all new technologies. For instance, former director Isabelle Reiher launched collaborations with high-level research centres such as the CNRS (National Centre of Scientific Research), the GMEM (Experimental Music Group of Marseille) and the Fresnel Institute in Marseille.

TLmag: Tell me about your unique business model, where the artist/designer/architect is given complete freedom to experiment and create, and doesn’t have to face the pressures of the art market or bear the high costs of production.

SC: The CIRVA is a non-profit association that operates thanks to public money: The Ministry of Culture, the city of Marseille, the Provence-Alpes-Côte-d’Azur region and the department of Les Bouches-du-Rhône. Thanks to their support, we are not concerned with cost-effectiveness. This is a key condition for research; this is how we can have a free attitude towards time. Time is becoming a rarer commodity as far as creation is concerned. Contrary to a more classical art centre, we are not concerned with exhibition deadlines. The CIRVA is a safe haven for creation. Artists and designers come and sleep here; they stay as much as they need. Most of the time, they leave after a couple of weeks and set a new appointment to go further into the creative process with glass. This could last for years.

TLmag: Which has been the most ambitious collaboration where the artist, designer or architect disregarded the constraints of glass to concentrate on the achievement of the artistic project rather than ease of production?

The craftsmen: The more artists ask for something we don’t usually do, the closer we are to our mission. For instance, the CIRVA has created new techniques, such as the “mistral” developed with Gaetano Pesce. This involves projecting molten glass with a specially-adapted airbrush. As far as glass is concerned, time is often a very important factor. Some projects need a very long time to come to fruition, and since studio time costs are prohibitively expensive, these projects would never see the light of day anywhere else. In this category, combining time and technical precision, we can include Berdaguer & Péjus’ Jardin d’Addiction and the Sã cast glass lego pieces by Lieven de Boeck.

TLmag: Since the CIRVA doesn’t have its own exhibition facilities, how do you work with museums, art centres and foundations worldwide to hold exhibitions?

SC: We are a UFO: something in between a studio, an art centre and somehow a museum, as we have a collection without an exhibition space. Whenever there is a residency, we share the products of the research: the pieces that will be sold by the artist, the artist’s collection and the CIRVA’s collection. We have a very unique collection: for each piece, we hold the history of its creation, the grey matter, the brainstorming! We have a fantastic collection of prototypes, drawings and archives. Our mission is to show it. We present it in spaces dedicated to glass such as Le Stanze del Vetro, but also in fine art museums like the Centre de la Vieille Charité, Musée Cantini or Château Borély in Marseille. I am currently looking for contemporary art centres and museums in France and abroad to show our fantastic collection. I am also interested in linking some residencies with shows in art centres so that we know that the pieces will be tested in exhibition spaces, though it is important that this outlook does not put any pressure on research.

TLmag: What new projects is the CIRVA currently working on?

The craftsmen: We are currently working with Christian Sebille, a contemporary music composer who uses glass to create soundscapes. At the beginning, he had no visual concerns at all, being solely interested in the sound potential of pieces. However, through the environment at the CIRVA, he has become attuned to the aesthetic qualities of the work as well. We are also working with filmmaker Jorge Leon. He’s started work on a film at the CIRVA. The workshop becomes a stage, whilst also playing a role in the production of the film’s props. We are creating a cast after Lucy’s body in collaboration with the CNRS.

SC: The new invitations I will make as the new director of the CIRVA for next year are not public yet. I am in touch with young international artists who are able to bring something totally new to the studio. Stay tuned! 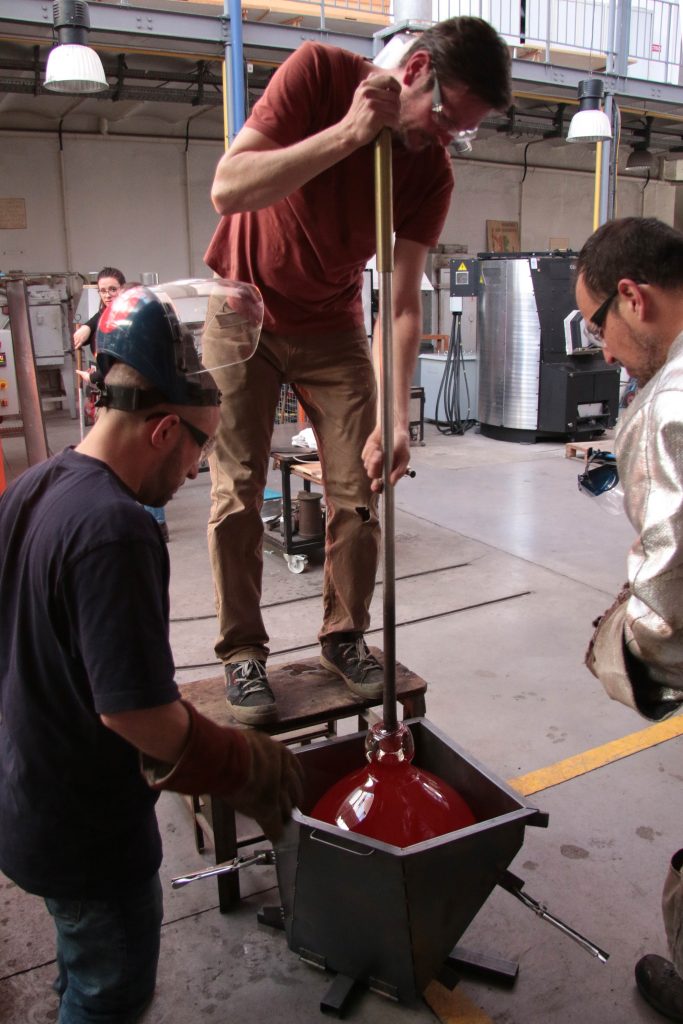 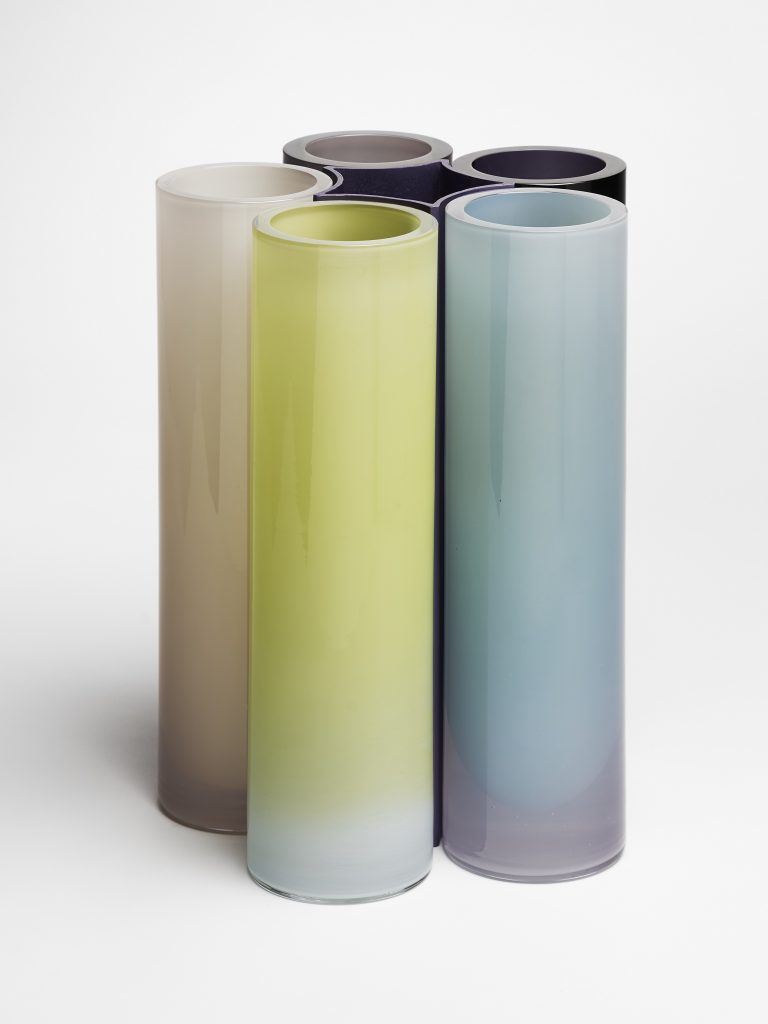 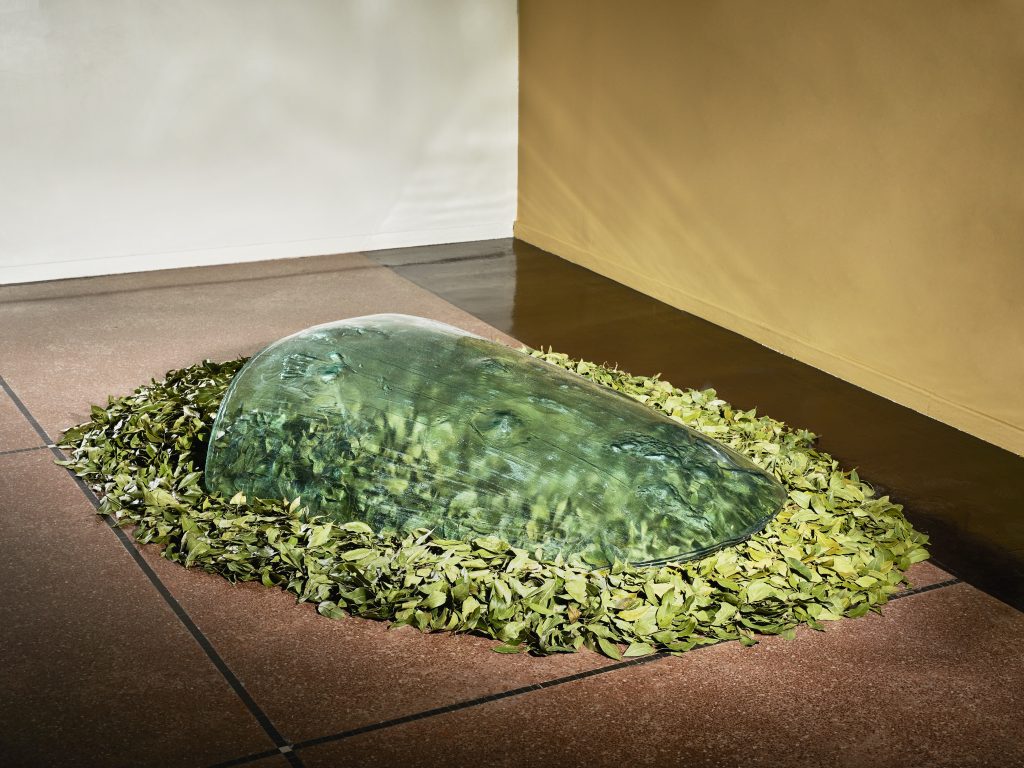 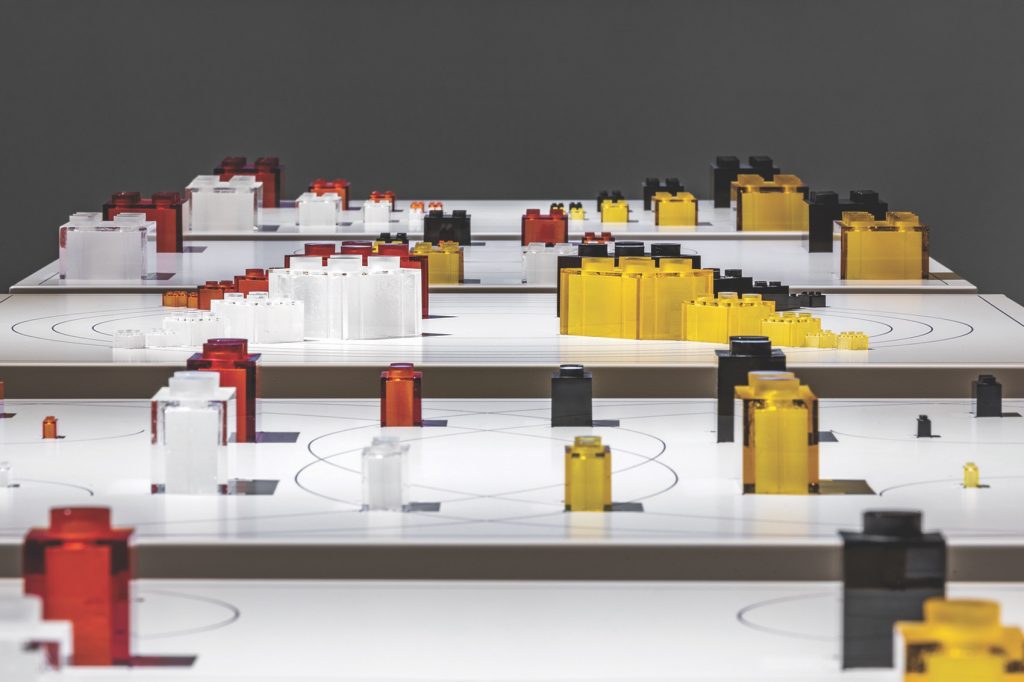