What do you get when you blow molten hot glass into a mold made of Douglas Fir? A Douglas Vase designed by François Azambourg at CIAV in 2007.

Douglas is something of a celebrity in the world of glass. But Douglas is not a designer, artisan or glass blower. Douglas is a vase. Designed by François Azambourg in a week-long workshop at the Centre International D’art Verrier (CIAV) in 2007, Douglas has a rough look to him. The unique texture of the vase is a direct result of how the vase is made–molten glass is blown into a mold made from Douglas Fir (hence the vase’ name) which burns from the heat of the glass and imprints its wooden texture onto the vase.

In the 11 years of its existence, Douglas has traveled the globe from France, Germany, Italy and Austria to further afield such as Japan and America. Having been exhibited more than 50 times during this period, the vase has made its way into many private and public collections. Last year, in celebration of Douglas’ 10th birthday, Azambourg produced 100 editions of the Douglas Vase, each with its own unique imprint, for Paris’ Musée des Arts Décoratifs which then traveled back home to be exhibited in the town of Meisenthal where they were originally produced.

In May 2018, the Douglas Vase also visited New York to be part of the Wanted Design Festival. A special collaboration occurred and a new series of Douglas vases were born, Made in NY. These vases were blown into molds made from American Douglas Fir trees at the workshops of Brooklyn Glass. To achieve this, knowledge and expertise from the glassmakers at the CIAV had to be transferred to the craftspeople in Brooklyn and the project became a journey of intellectual resources as well as physical objects.

Douglas continues to travel. Currently, the vases are on display at The Limit of Growth exhibition at the Grand Hornu, Belgium, until October 21. It will also be presented at Homo Faber at Fondazione Giorgio Cini, Venice from September 14-30. Finally, it is also part of Galerie Spazio Nobile’s Season VIII – Meisenthal, Age of Glass exhibition which displays a selection of works from 30 artists and designers who work at CIAV. As a grand finale to the exhibition Spazio Nobile will put the spotlight on the Douglas A large selection of vases from the 10th-anniversary series and the Made in NY series will be presented in the gallery on September 8 and 9. François Azambourg will be present throughout the weekend.

In a sneak peek to what is in store for visitors, TLmag talked to Azambourg about Douglas:

TLmag: The Douglas Vase seems to have become a bit of a celebrity, were you expecting this when you first made it?
François Azambourg: Of course, we didn’t assume it would be this successful. However, we did notice that the making of the vase at CIAV was a great mixture of difficulty, time and meaningful expression.

In the 11 years of the Douglas Vase, how have you seen attitudes towards glass art/design changing?
We have witnessed that designers are now more interested in crafts. Especially at the CIAV which has become a place of research and creativity. Their small production allows for more experiences. Today I consider it to be an experimental place but with realistic economic goals.

Do you have any special memories related to the Douglas Vase?
During my first workshop at the CIAV, I wanted to work on the notion of mold-making, however, producing one was impossible as it took too long and was too expensive. The only resource available was beech but this wood was too hard and had small grain so the results were disappointing. Jean-Marc Schilt, a glass blower at CIAV, was making a douglas fence for his home and offered to bring some in. The next day we made two attempts at using it for the mold and Douglas was born.

What will you be hoping to discuss during the time you spend at Spazio Nobile this weekend?
I will talk about Douglas’ history–a vase born during a one week workshop at the Centre International D’art Verrier (CIAV). And particularly of the making protocol that we put together for this unique piece. I will also address my attitudes in regards to the special world of glass blowing. 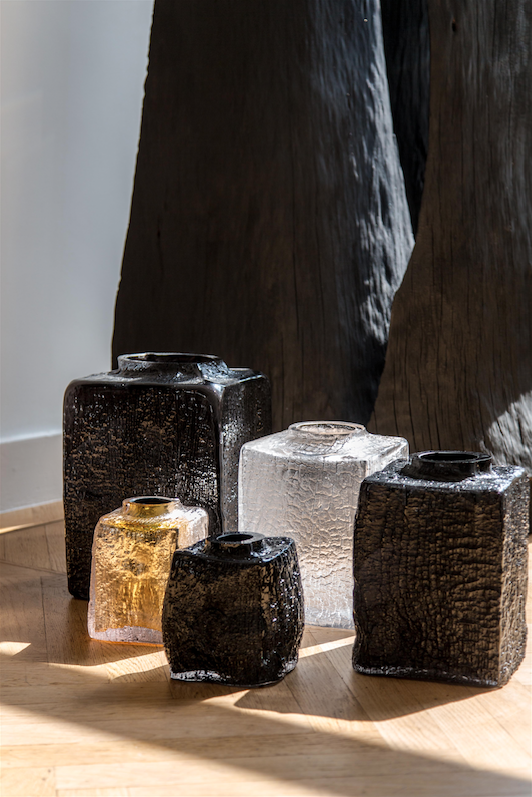 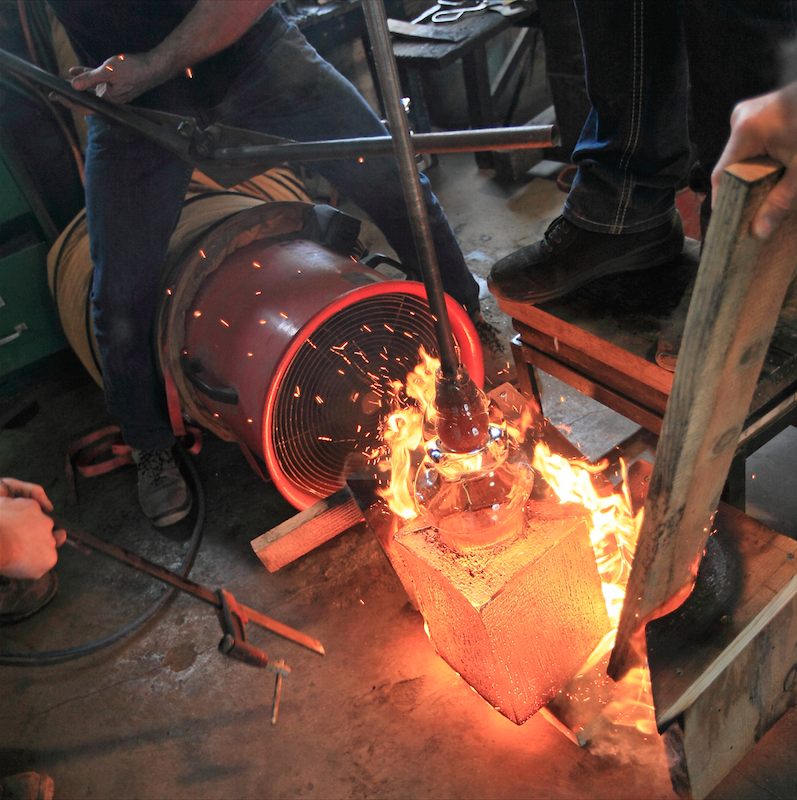 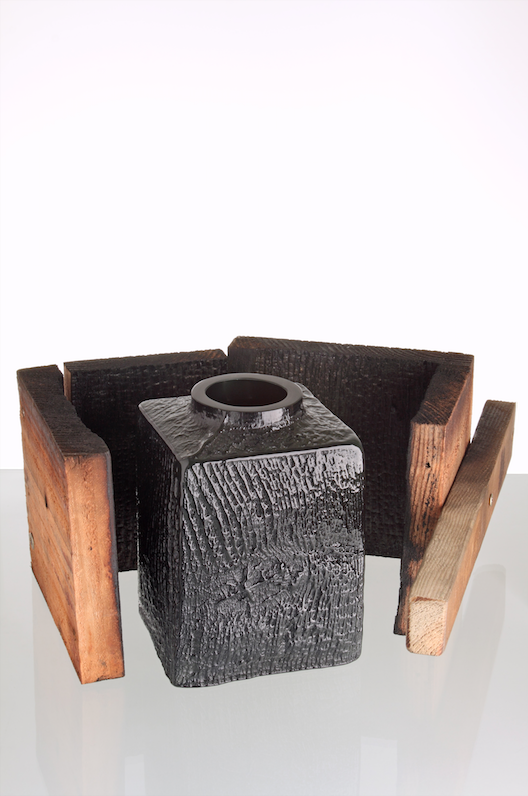 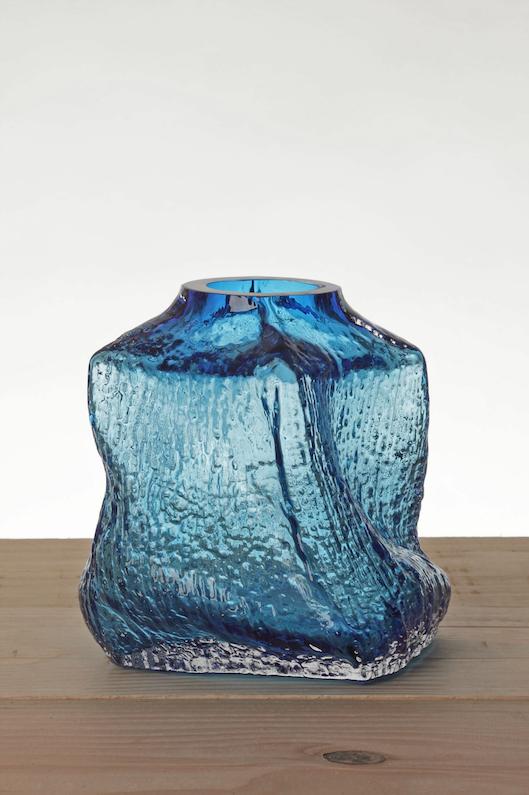 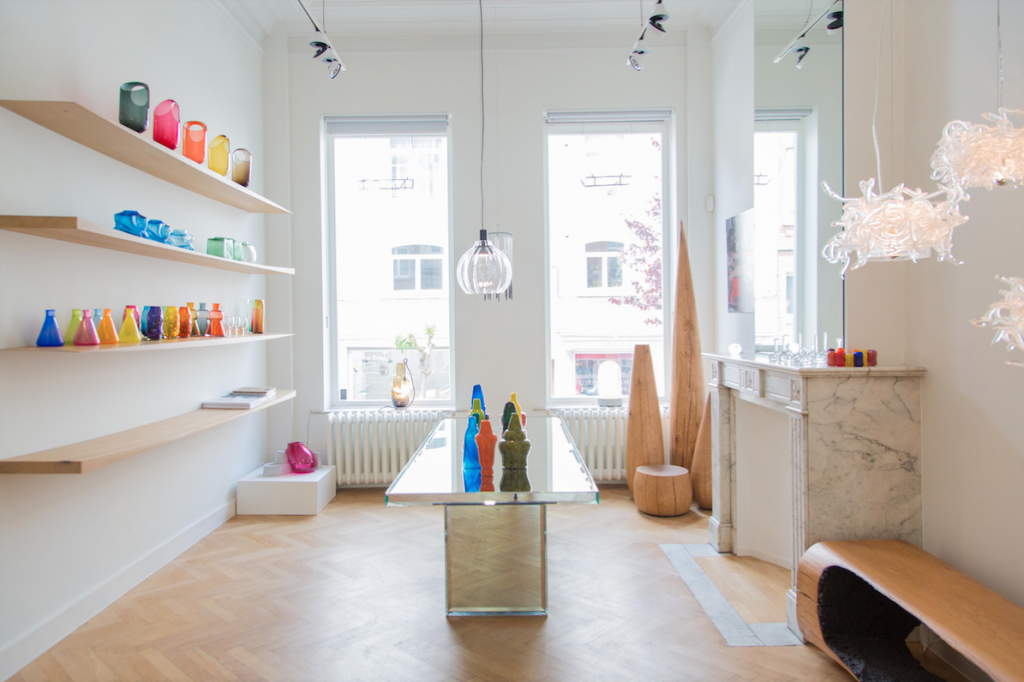 The Douglas Vases amongst other works at Spazio Nobile Gallery, Season VIII-Meisenthal, Age of Glass Photography by Margaux Nieto 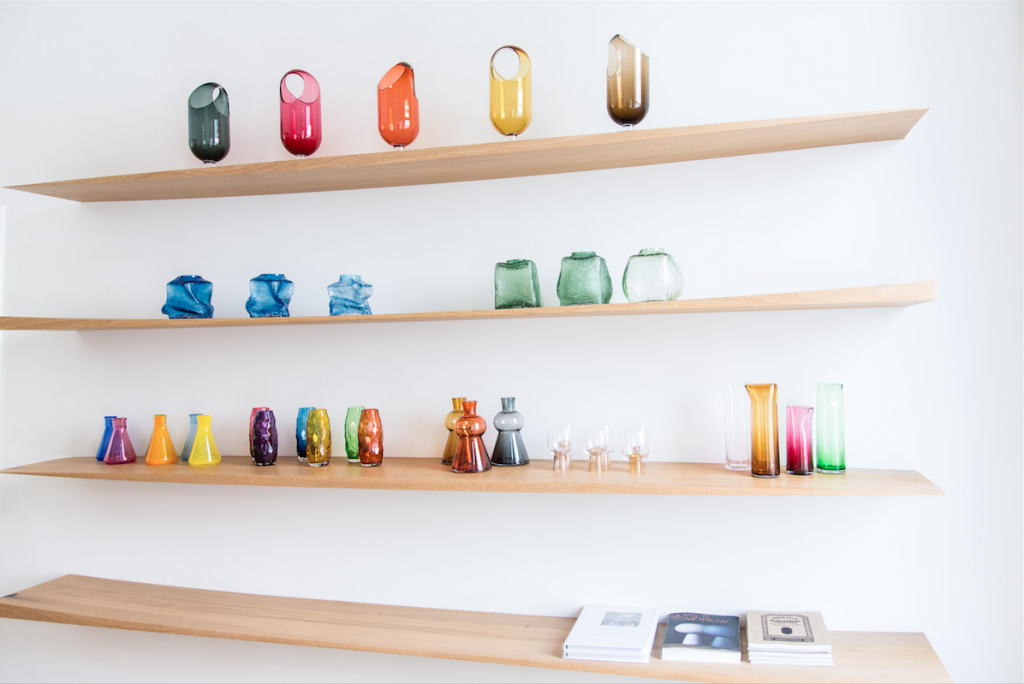 The Douglas Vases amongst other works at Spazio Nobile Gallery, Season VIII-Meisenthal, Age of Glass Photography by Margaux Nieto
‹ Back 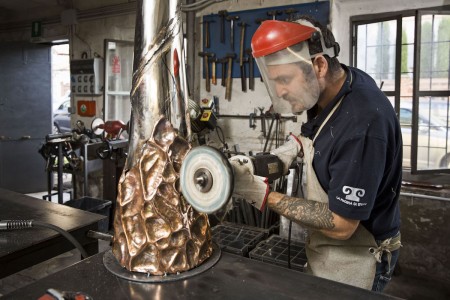 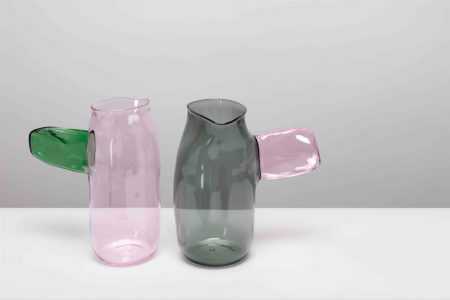 With over 180 different events to choose from at this year’s Venice Glass Week, between September 9th-16th, TLmag highlights some top picks.