Museums and design festivals across the world are celebrating Ettore Sottsass in 2017, a hundred years since the Italian design great was born, and showing that he’s more than just Memphis.

Celebrating the centenary of Ettore Sottsass’ birth this year, the Memphis-revival of the past few years, notwithstanding the auction of David Bowie’s collection last year, is now a full-blown tribute with exhibitions in New York, Milan, Basel, Paris and more. With each exhibition emphasising a different angle and having vied for exclusive access to rarely seen work, we have a unique opportunity to ask what Sotssass is really about and why is there a Memphis revival among young designers?

“I have tried as best as I can to gather together the terms of a new vitality and, where and how I was able, to collect the shapes, colours and symbols that could represent the change in the images of this century from an intellectual organisation to a reality that must be lived, to a kind of pure and vital energy,” explained Sottsass himself. Born in Austria and raised in Italy, Sottsass worked for George Nelson, and is lauded for his 1960s Olivetti designs, including typewriters and Italy’s first mainframe computer. In 1968 he pioneered the business model of an independent industrial design and research agency, and was awarded an honourary doctorate by the Royal College of Arts in London. Yet, he’s most famous for founding the Memphis group (1980-88), which took its name for the Bob Dylan song “Stuck inside of mobile with the Memphis blues again”.

Sottsass is “one of the most significant counter-forces to modernism in design history,” according to the Friedman Benda. The New York gallery paid special tribute at Design Miami/Basel with rarely seen works from critical moments of his career. Seeing these lesser-seen works gives insight into the essence of Sottsass’ oeuvre, beyond the statement made by Memphis.

Christian Larsen, concurs: “All of his experiment and research from the first three decades of his career reach their epitome with Memphis. They’re consolidated there.” The curator of the Ettore Sottsass: Design Radical retrospective showing at the Met Breuer in New York until October 6, Larsen says that he wanted to reintroduce Sottsass to the younger generation of designers who are reviving Memphis aesthetics without knowing where it comes from. Cutting through the once-derided associations of Memphis with 80s kitsch, garish colours and geometric forms, the Met’s first design exhibition traces the founder of the Memphis group’s philosophy. “The Memphis Group’s main goal was to create objects that appealed to you on an emotional level,” Larsen goes on.

For Sottsass this meant breaking technical and formal boundaries to evoke a sense of wonder – nowhere better seen than in the first ever exhibition dedicated solely to Sottsass’s glass and crystal production, at the Le Stanze del Vetro in Venice until July 30. Says curator Luca Massimo Barbero: “Sottsass’s glass works are complex entities, designed as human characters.”

Also revealing a previously unseen body of work is the Ettore Sottsass: There Is A Planet monograph exhibition of a project that Sottsass initiated in the 1990s but never completed, opening at the Triennale di Milano September 15. Based on Sottsass’s travel photos “of architecture, houses, doors, people and situations involving dwellings and, in more general terms, the presence of humans on the planet”, five essays were intended. The exhibition will be accompanied by a book published by Electra.

At Schaudepot until September 24, Vitra Design Museum further contributes to this collective global portrait with Ettore Sottsass: Rebel and Poet. Along with a selection of his most iconic work, the exhibition also surfaces his body of poetic and literary text, as well as photographs from his Metafore series (1972-1979).

Other tributes include a forthcoming installation at Les Puces du Design in Paris from November 9 to 12, curated by Il Mondo del Vetro gallery in Milan with scenography by 5.5 designstudio. 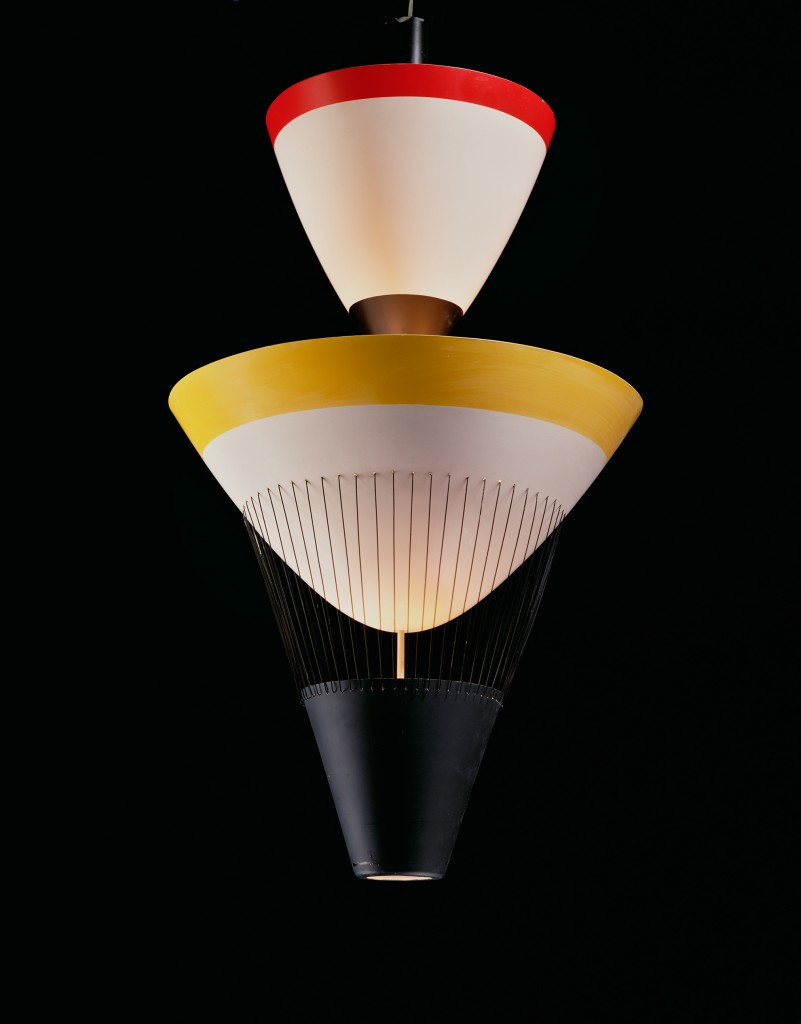 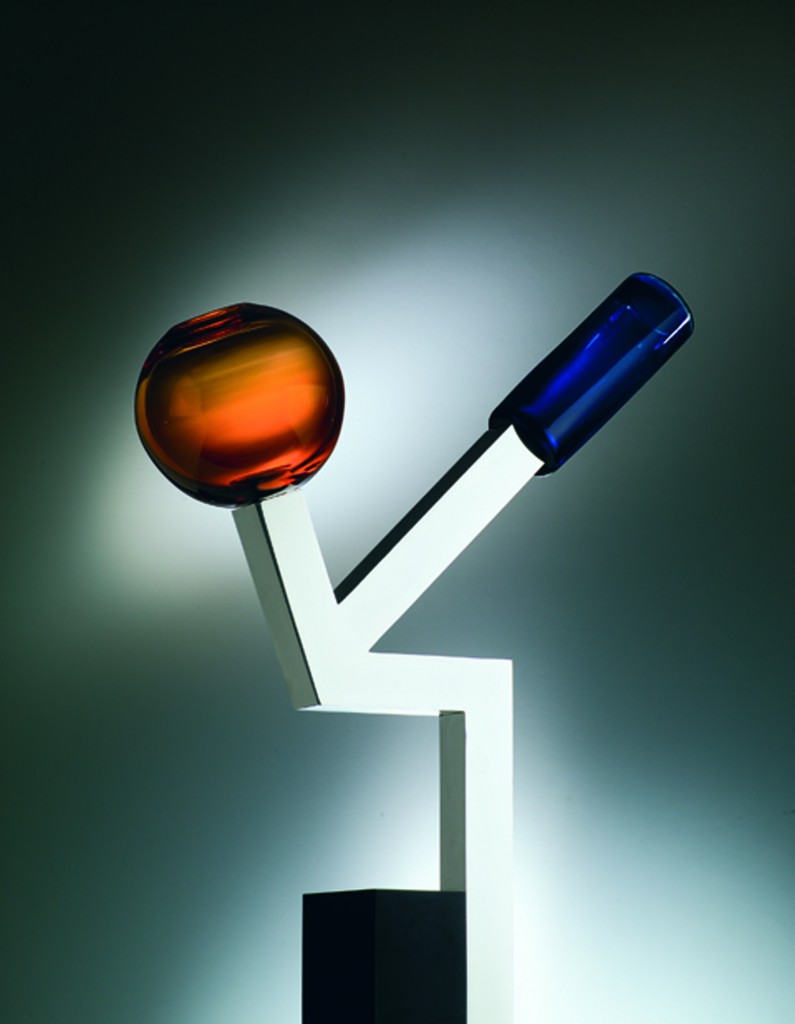 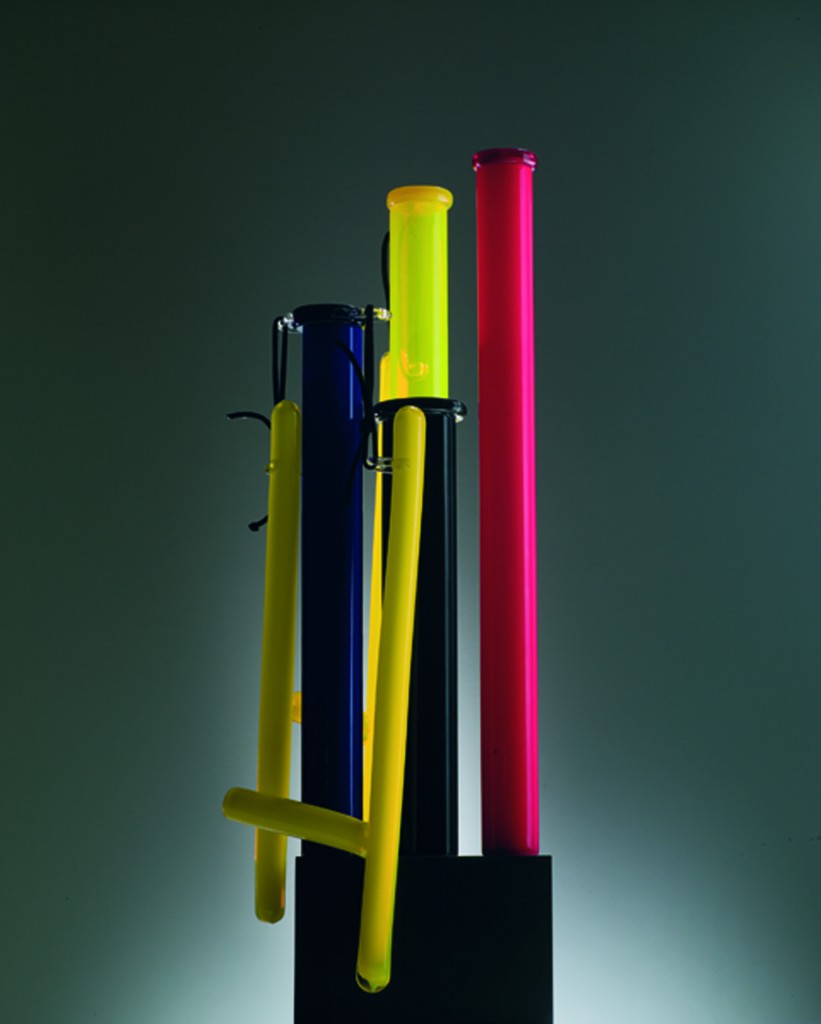 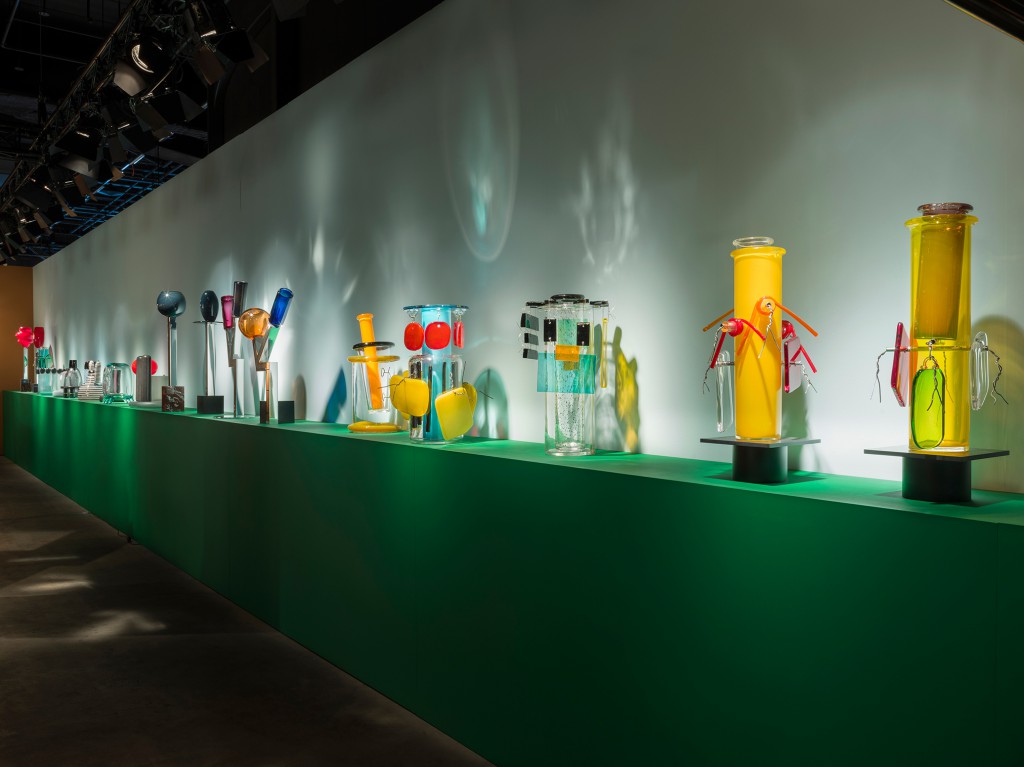 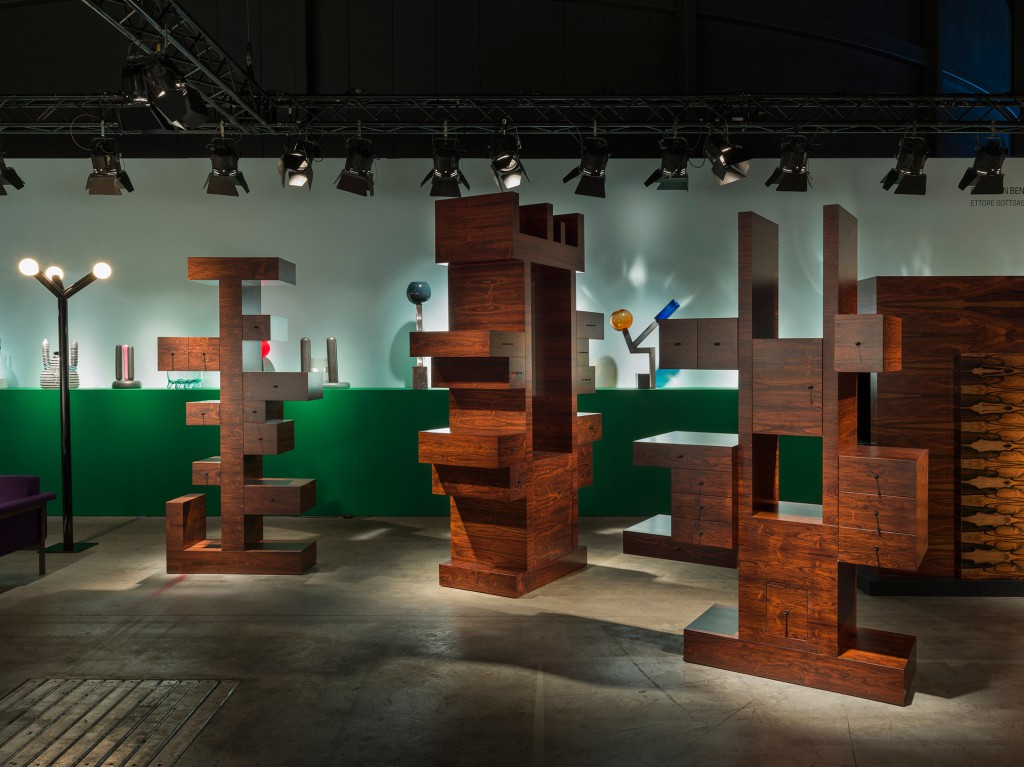 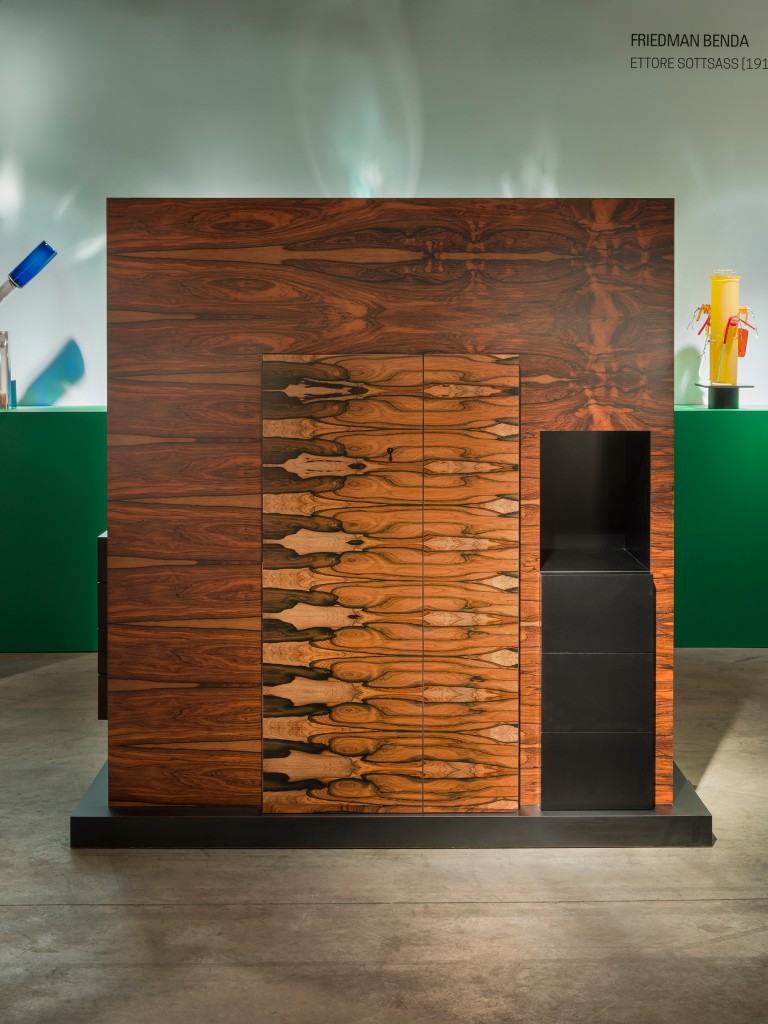 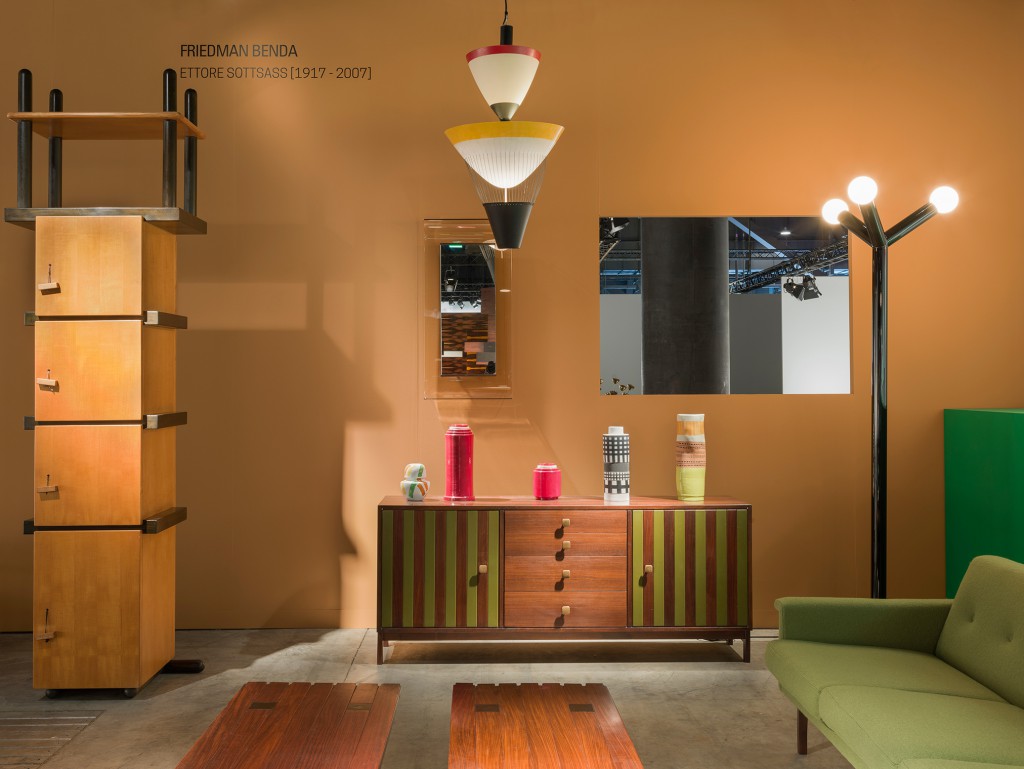 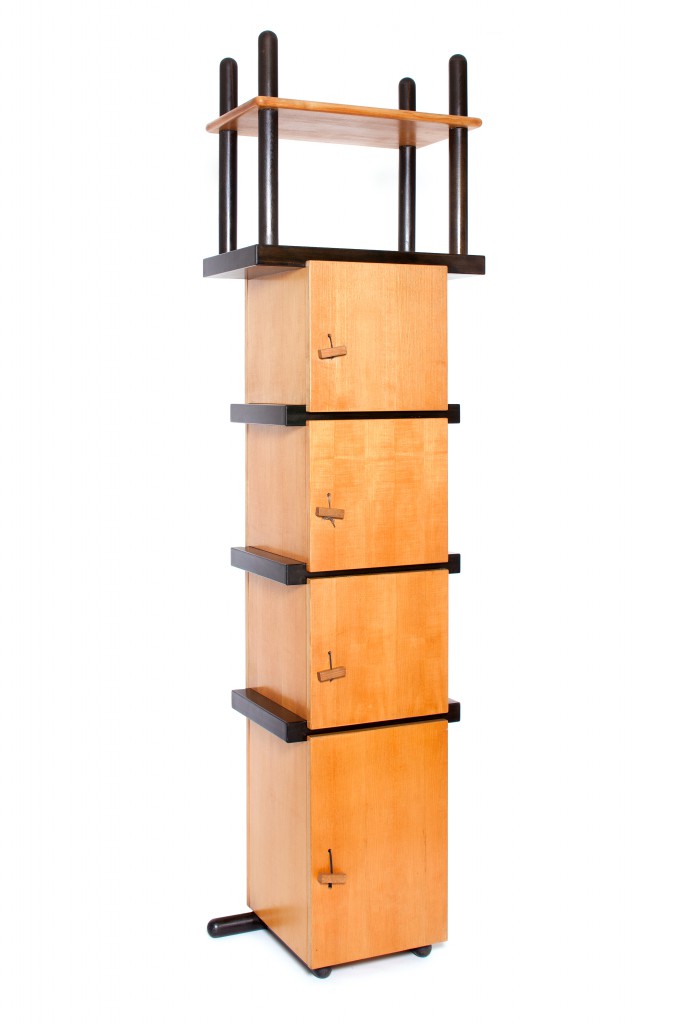 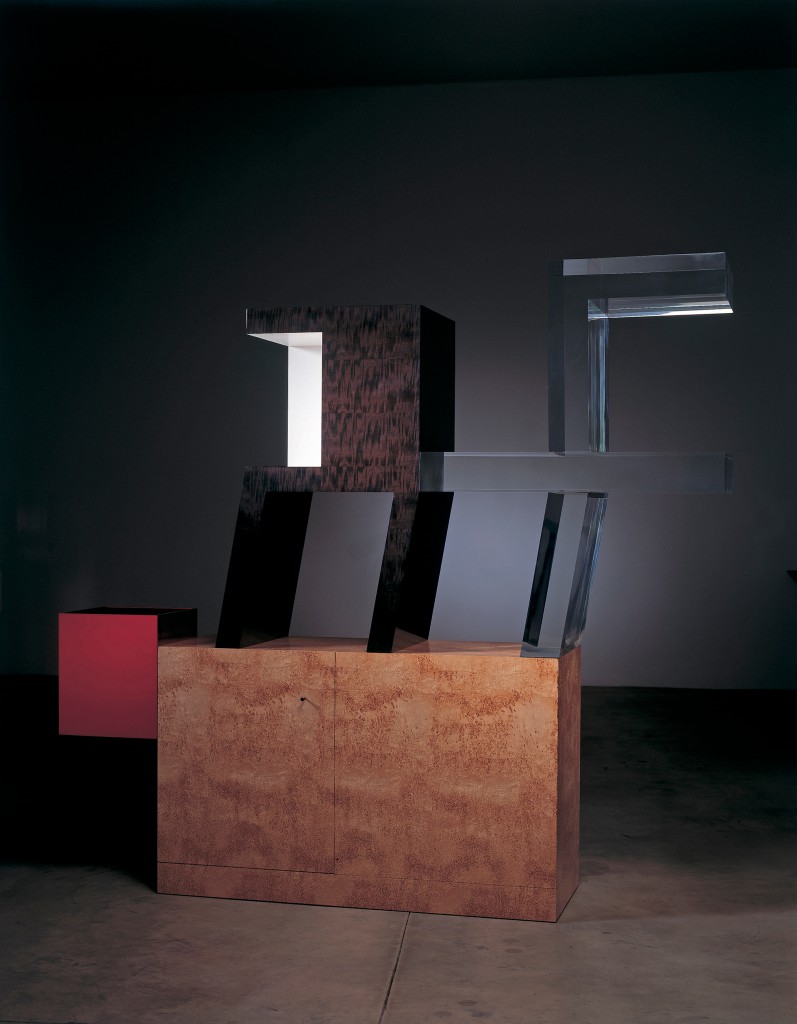 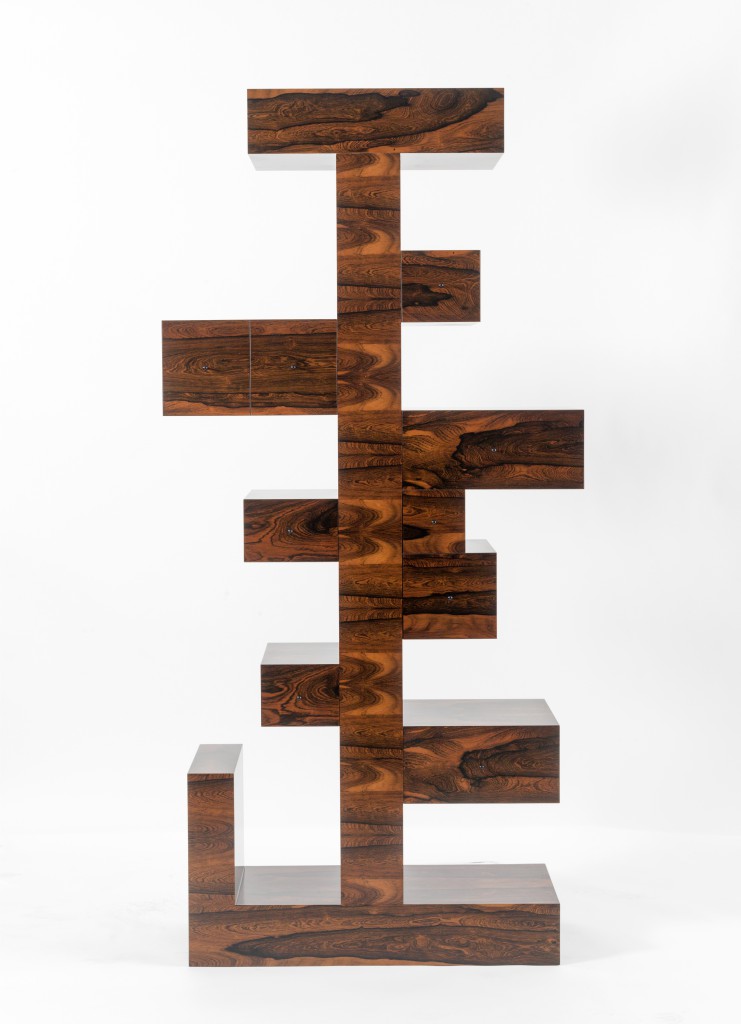 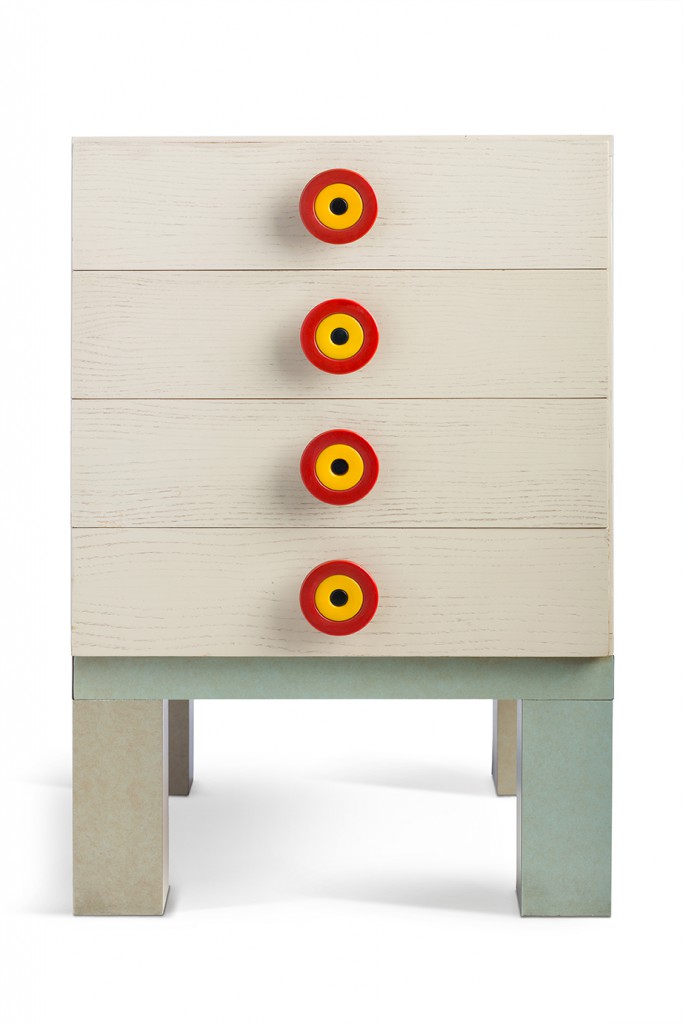 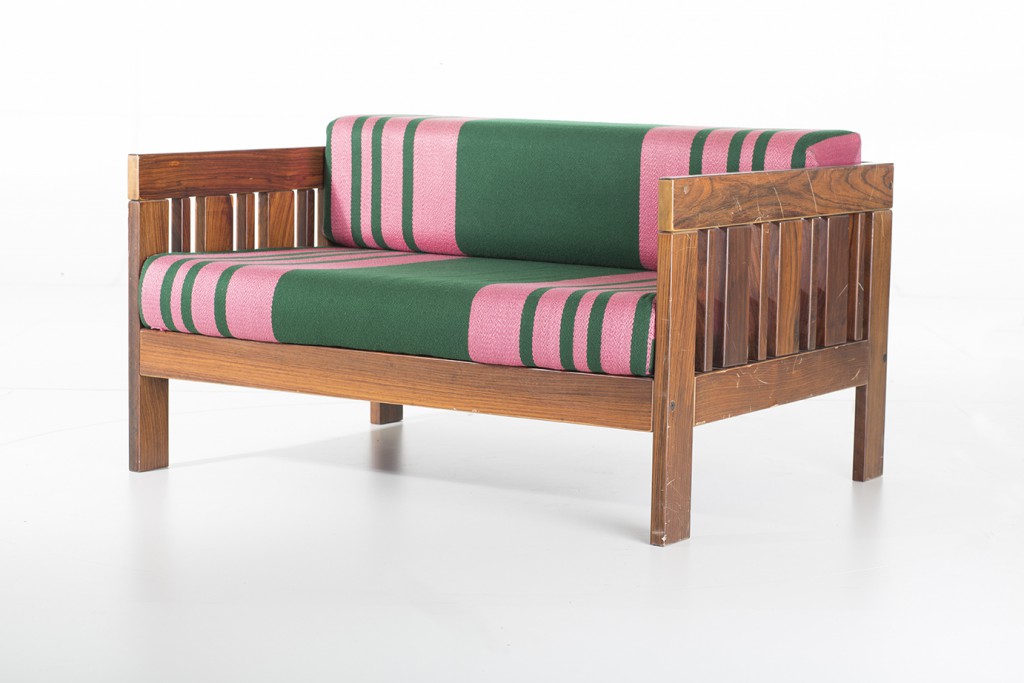 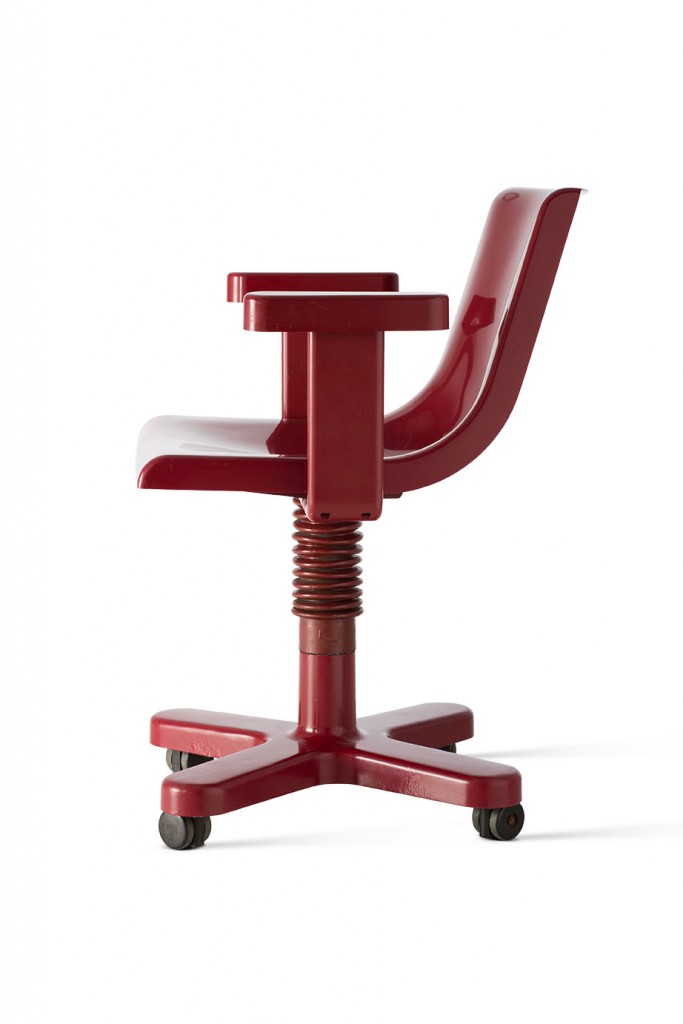 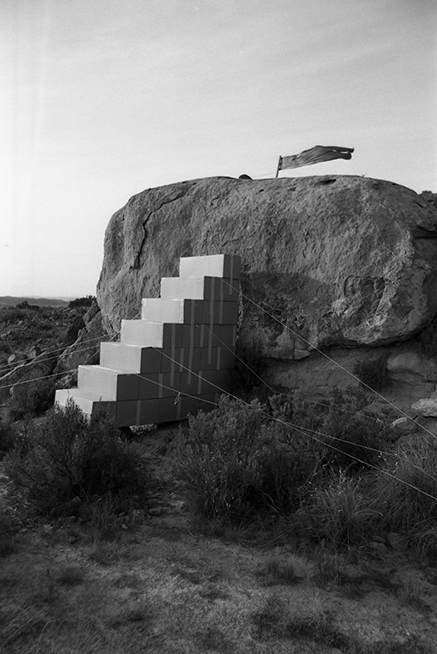 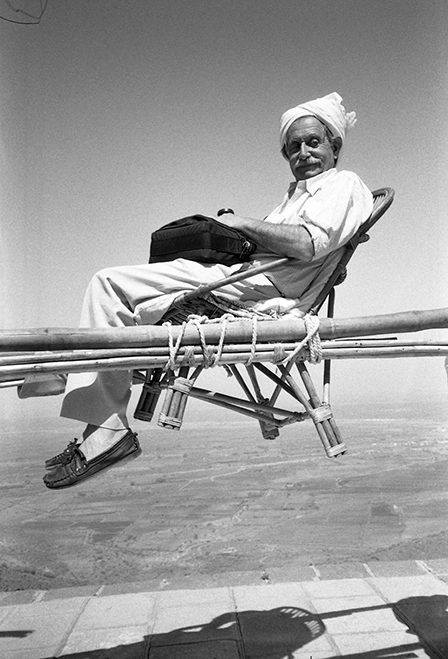 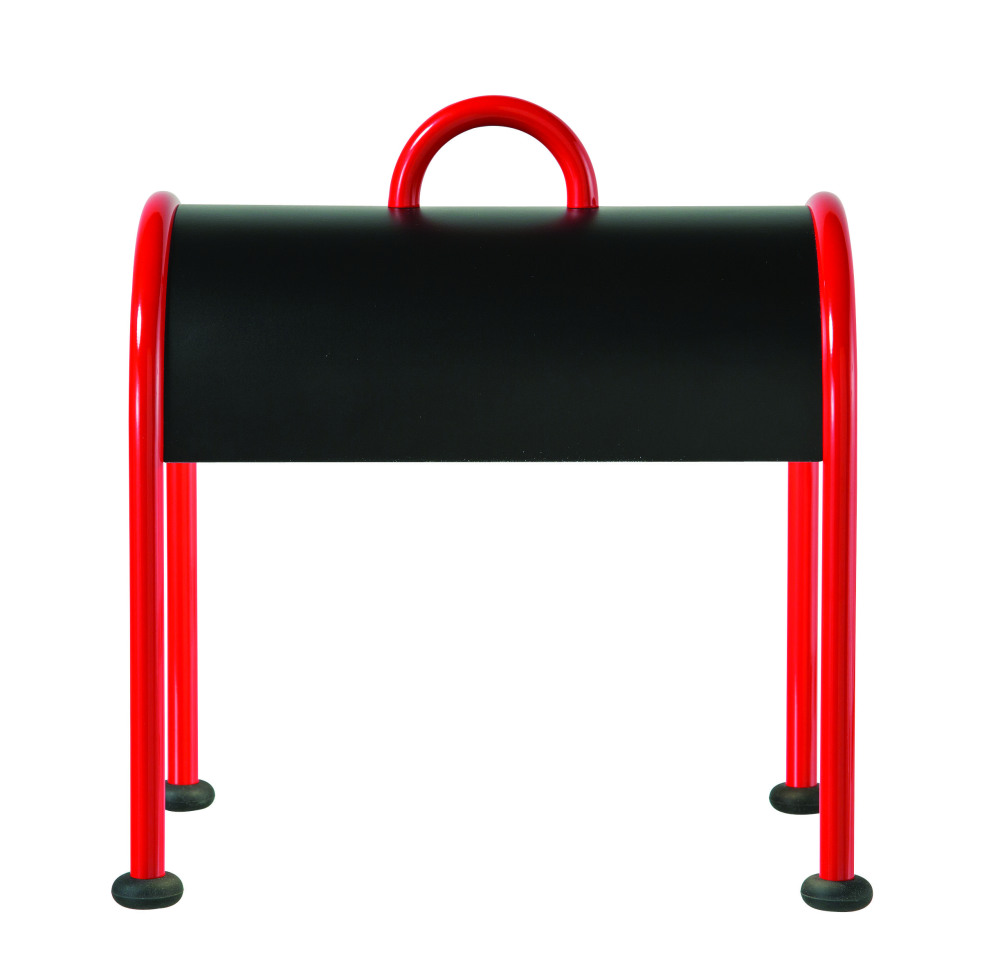 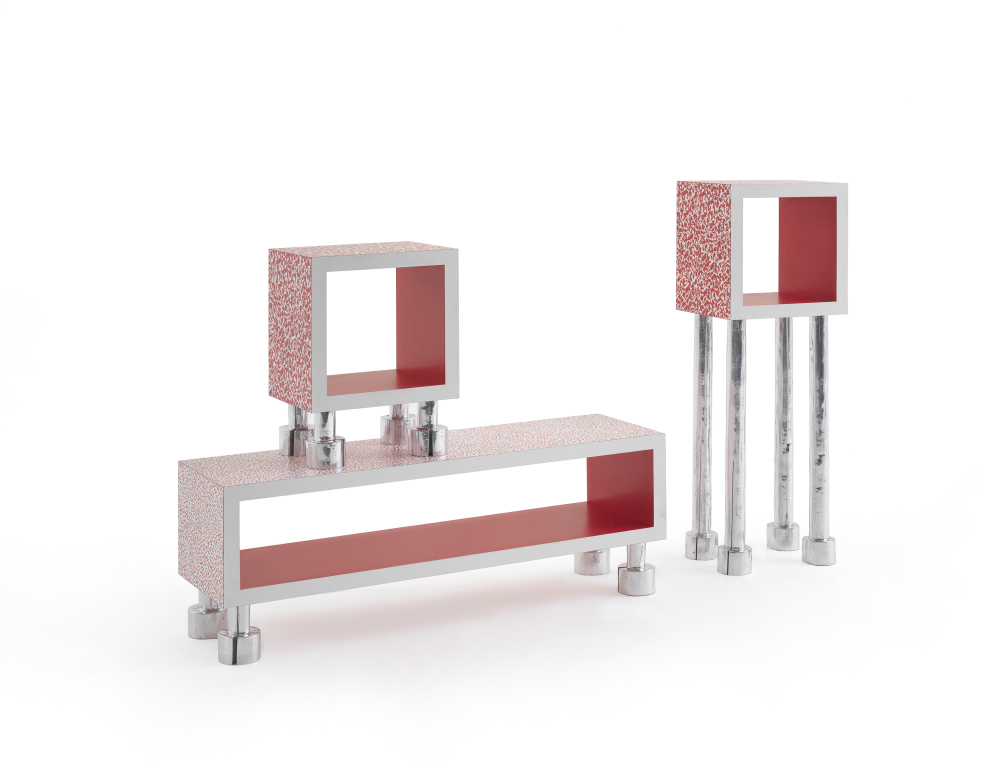 Ettore Sottsass, Cabinet no. 70, 2006, ebonised pear wood, wood and acrylate, series of 6 by The Gallery Mourmans (this example made while Sottsass was still alive), collection Stedelijk Museum Amsterdam. Photo Erik & Petra Hesmerg
‹ Back