Founder of agency MA², a professor in the Architecture Faculty of the Université libre de Bruxelles, and a true fan of football (a sport that he plays diligently), Belgian Francis Metzger splits his efforts between modern design and historic restoration: a rare feat in his trade. We asked the man who has worked on projects such as Villa Empain, the Solvay Library, Central Station and the Saint-Cyr House, on what makes Brussels (and beyond) tick.

TLmag: For the renovation projects you carry out, you insist on the importance of creating a dialogue with the architect who first created the building. What does that feel like, especially when you embark on a prestigious project such as the Villa Empain? [*a private house in theArt Decostyle inBrusselsbuilt in the early 1930s by Swiss architectMichel Polak]

Francis Metzger (F.M.): It’s a unique sensation. The architect is involved in a very specific moment in the building’s history. There was a before, and there will be an after. Our work is akin to “recapturing” a forgotten object. Taking the Villa Empain as an example, we’re the ones who first requested that it be registered as a monument. The worksites where we intervene are like wounded animals: they still have an identity and there are promises that we must be able to anticipate. I am a chess player, so the moves that we must take and these “upstream” reflections so to speak mostly take place in the back of my head. If a project proposal is accepted, we begin a 3D work that gives tangible form to these reflections. Unlike what happens with movies or music, the architect does not design an immutable work. Architecture is “the art of time”: to create a successful project, we must add a part of ourselves, which is often invisible, but captures the essence of the work nonetheless. This is price that we must pay to become collaborators of the previous architect.

TLmag: Last June, MA2 won the special jury prize at the European Awards for Architectural Heritage Intervention for your work on the restoration of the Saint-Cyr House. Apart from the pride of winning such recognition, do you consider it as highlighting Belgian architectural excellence?

FM:Our recognition came from the fact that, amongst the 3000 submitted projects, we were the only agency to have contributed to the restoration of a lost work. This approach, simultaneously scientific and rigorous, is quite unusual. After a lot of demolition, Brussels has swung the pendulum in the other direction. The Europa Nostra award [an award that recognises excellence in the conservation of cultural heritage] which we received for the Solvay Library, the Autrique House and the Villa Empain demonstrates the desire that authority figures have to protect such invaluable heritages. In contrast to the end of the last century, Brussels’ architecture from the end of the nineteenth century and beginning of the twentieth was exceptional: both aesthetically and in terms of its flexibility. It is a timeless architecture with an ability to evolve and to reinvent itself.

TLmag: These awards give you international recognition. Were you interested in exporting your know-how from the very start?

FM:What I most enjoy is the chance to meet and work with people. Collaborating with Frenchman François Chatillon on the renovation of the greenhouses at Laeken, or working on the restoration of the stables at Fontainebleau, is a pleasure. Between architects, we speak the same language. Our methodologies travel well and easily, and these exchanges are sources of enrichment.

TLmag: When you work on a modern project, you start with a clean slate: does this make it easier?

FM: There’s no such thing as a clean slate. Even on a vacant lot, there’s always a tree that gives you a jumping-off point. Sometimes, it is the orientation or the sunshine that dictates the way forward.

TLmag: You say that architecture requires an ethic that goes beyond the idea of beauty. Could you elaborate on that?

FM:Beauty is not in the object; it is in the eye of the beholder of the object. Some things that are essential cannot be photographed. The building’s architecture must meet the space and lighting needs of future users. Trends change, but what remains is this sense of space. For several decades, architecture schools shunned Horta. But he was a great architect whose talent far exceeded the concept of fashion. For my part, I’m looking for the timelessness, the emotion, the mystery of a building, and the comfort of its users.

TLmag: For your heritage rehabilitation projects, you work with renowned craftspeople. There is a lot of talk about recognising the value of crafts, but do you find these trades are in fact appropriately recognised and valued?

FM:I would like to approach your question obliquely. The first problem when you take on this type of project is the materials. For the Solvay Library, we had to find an alternative to the Cuban mahogany that you can no longer find. This requires extensive research and a lot of creativity. In terms of craftspeople, unexpectedly it isn’t the painters, carpenters or stonemasons who are lacking. Finding a heating engineer or an electrician capable of creating the emotion of old-fashioned lighting using today’s technologies is a real challenge. When we embark on a new project, the only thing we can be sure of is our methodology. The rest is unknown. Our work thus consists of replacing this incompetence with expertise.

TLmag: While heritage is a driver of social integration, so is art in the broader sense. How do you perceive Belgian design today?

FM: Whether we are talking about architecture, photography, cooking or fashion, the creative drivers are the same. What links us is a generosity, a need to share. I feel close to chef Christophe Hardiquest of the restaurant Bon-Bon, to photographer Marie-Françoise Plissart, to Michèle Noiret of the world of dance… But I admire just as much the work of an artisan baker.

TLmag: Your team has a fine line-up of European talents. Does this international dimension impact your approach?

FM:I am surrounded by a rather young and international team: Italians, French, Spanish, Danish, Congolese… Talented people with strong personalities. I compare my agency to a pirate ship: there is the captain, then all the rest – everyone is a team leader. We have the good fortune to work on exceptional projects. If I had made a ‘dream list’ at the start of my career, it would have included several of the buildings I have now had the opportunity to renovate. Brussels is a good city to live in. Restoring its buildings is like recycling the city. In terms of ecology, we begin at the macro level before we think of the micro. To me, that is the most eco-responsible approach. 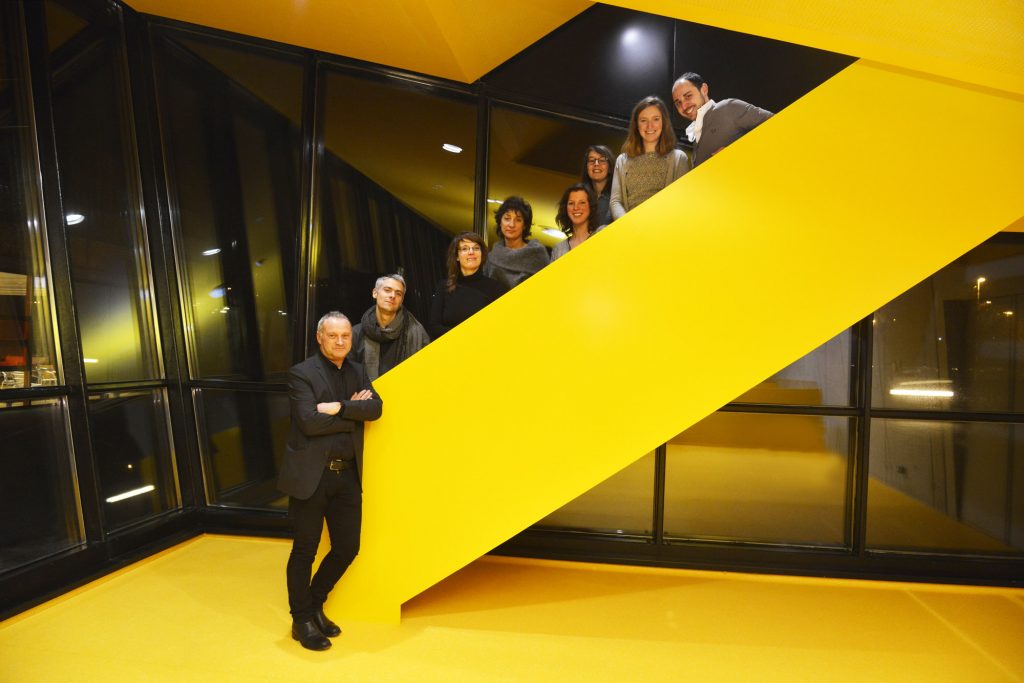 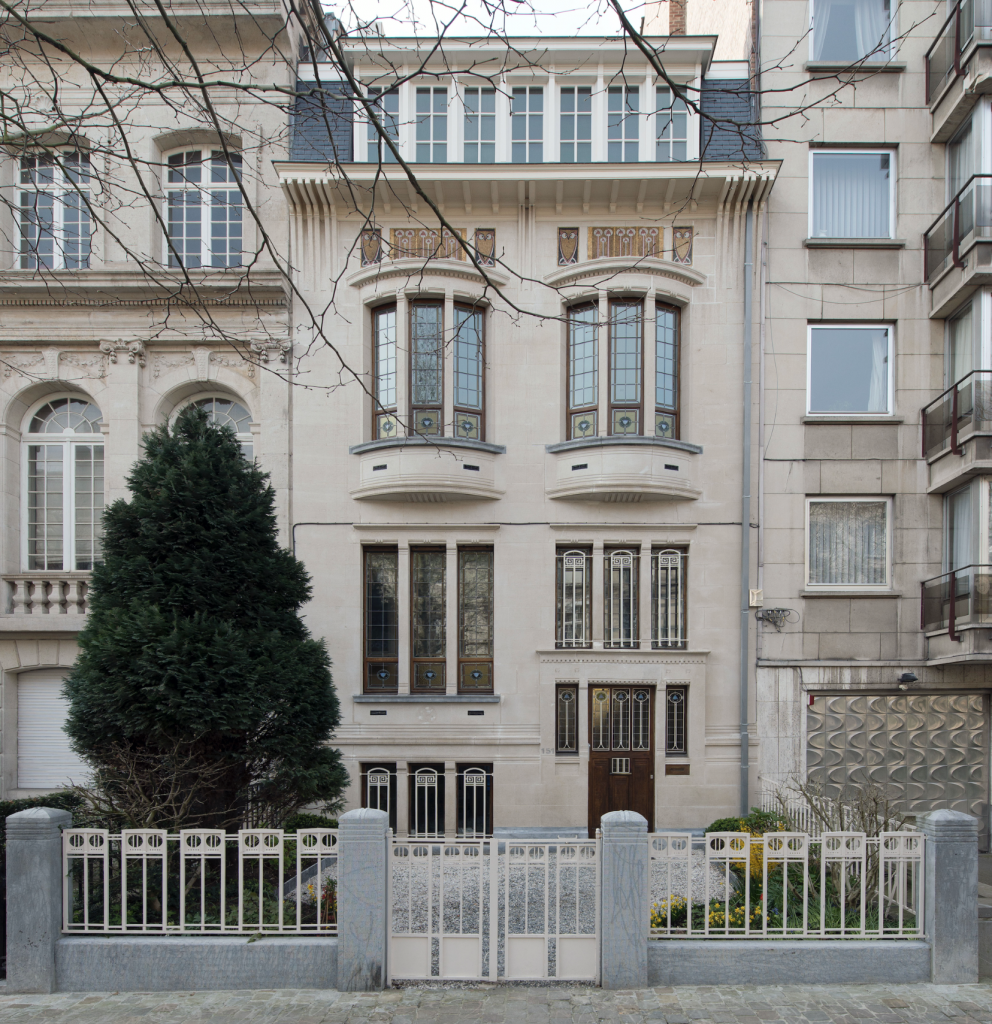 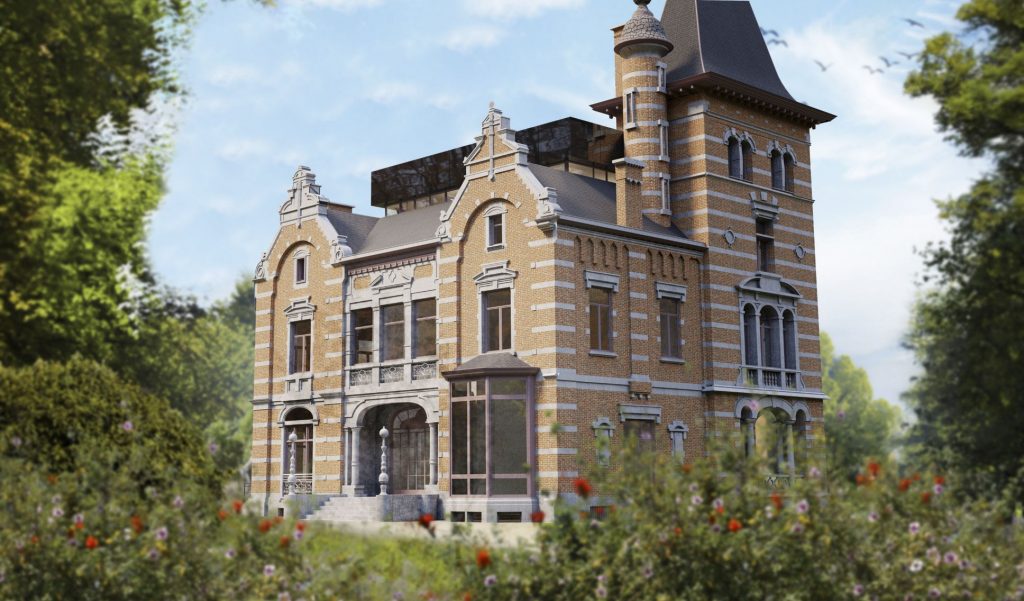 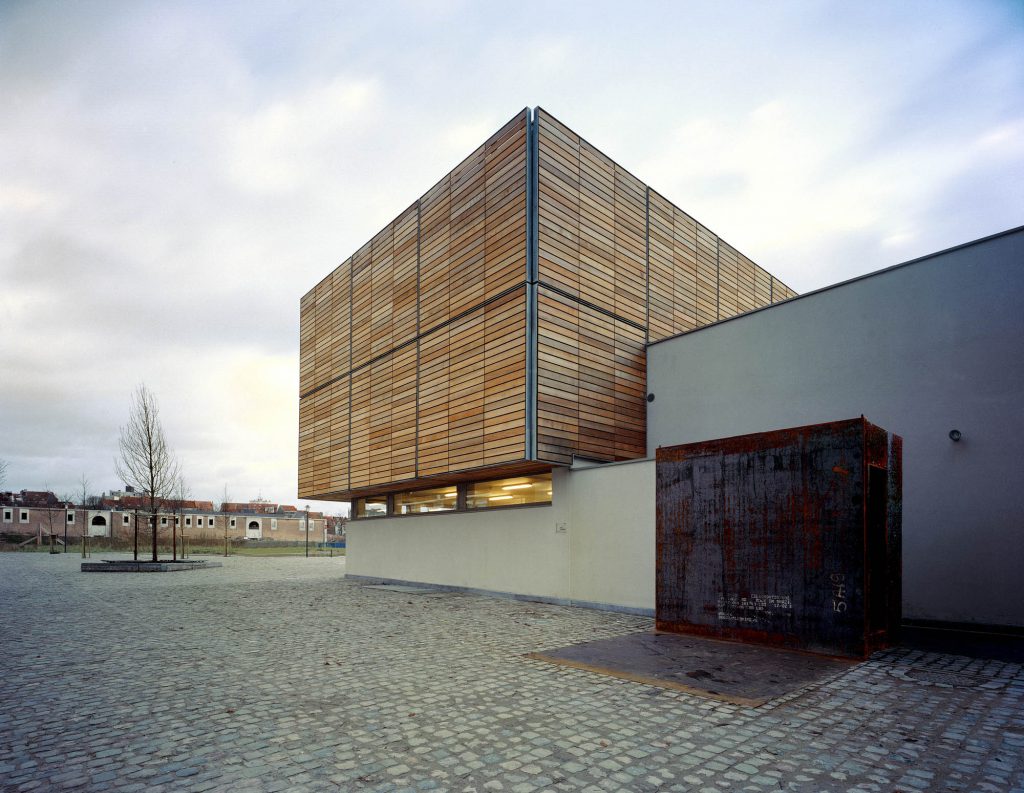 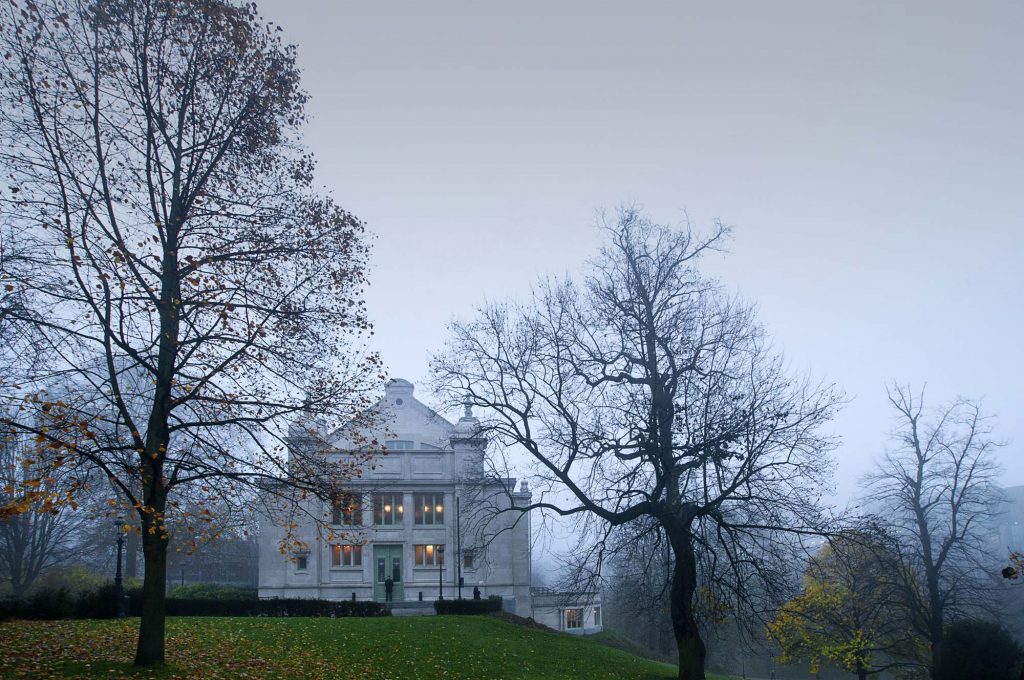 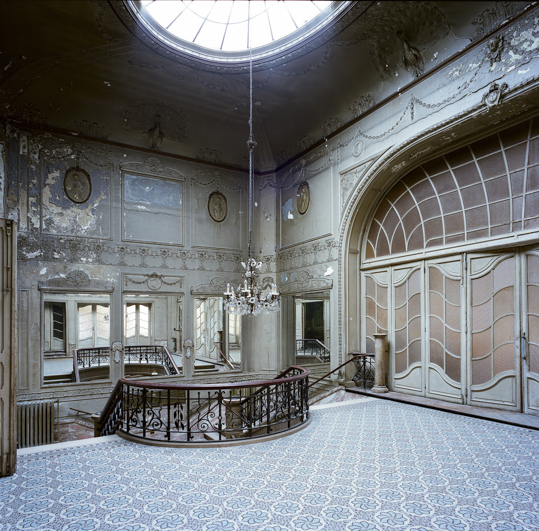 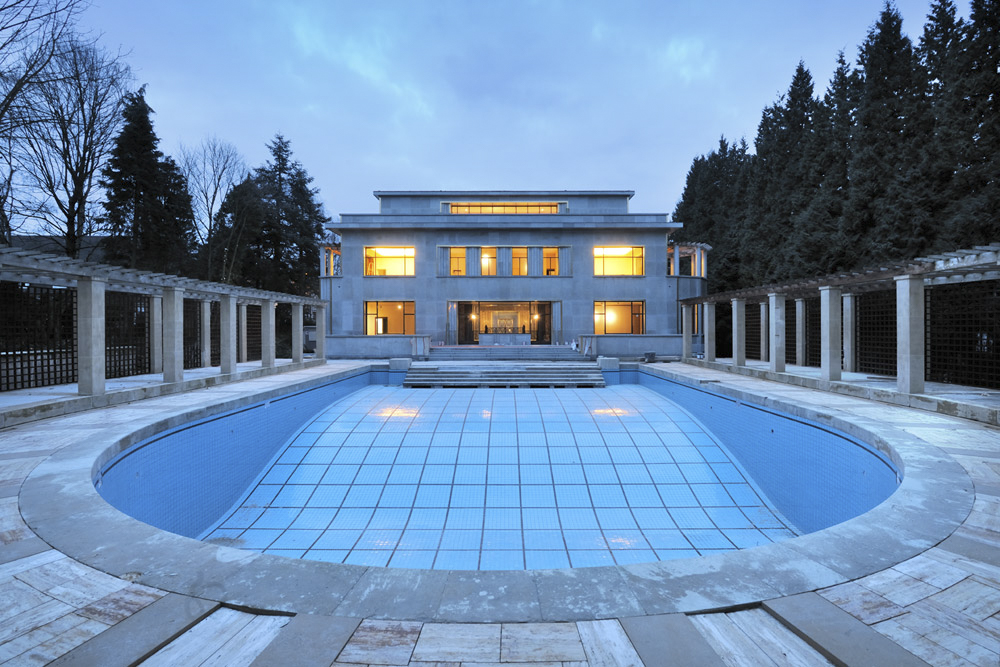 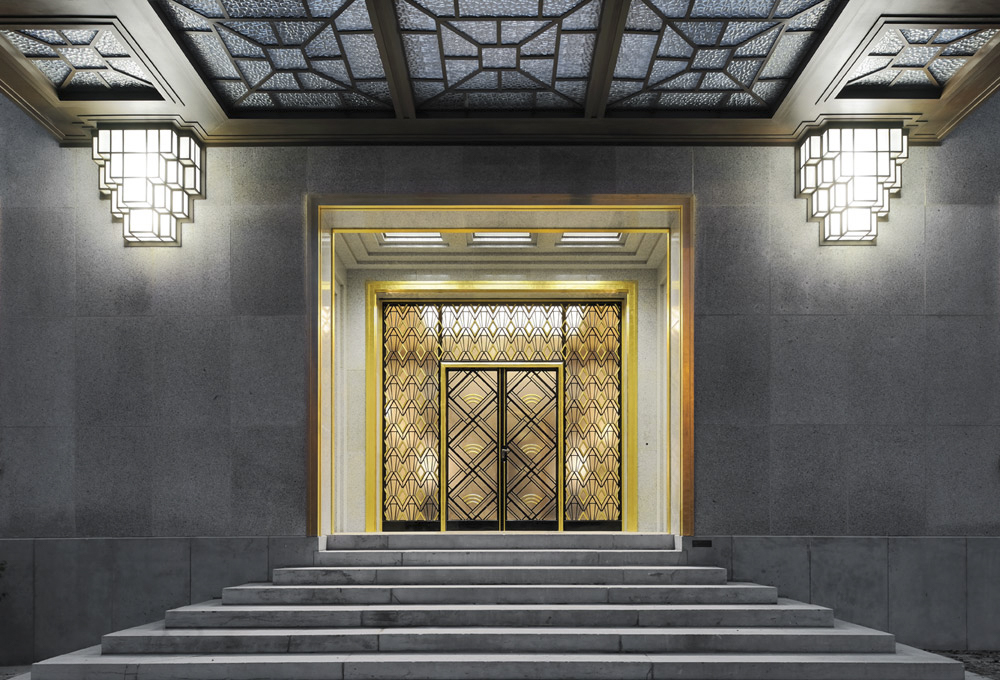 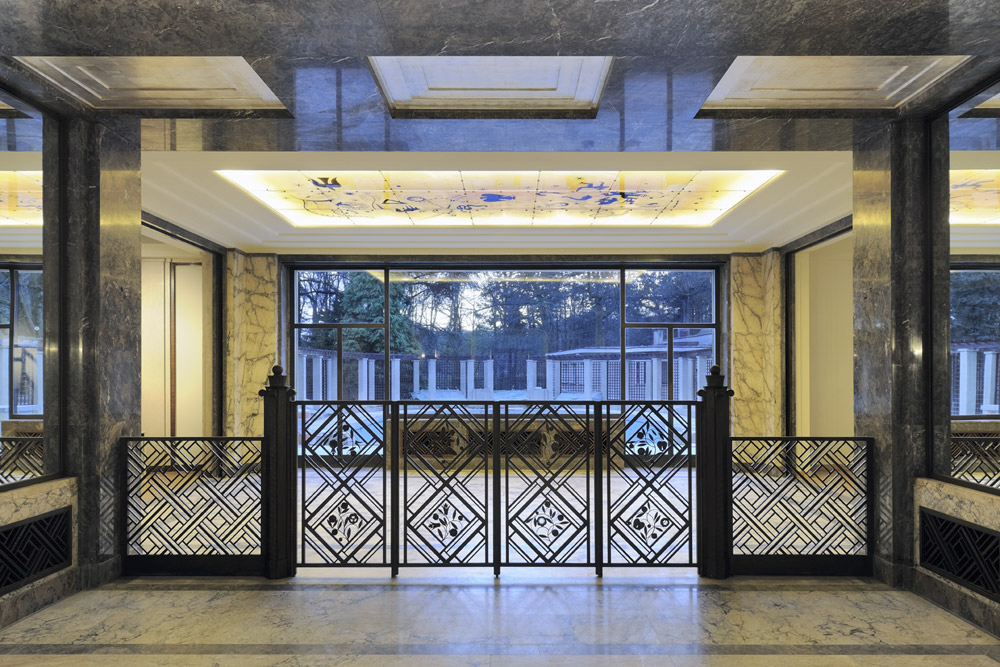 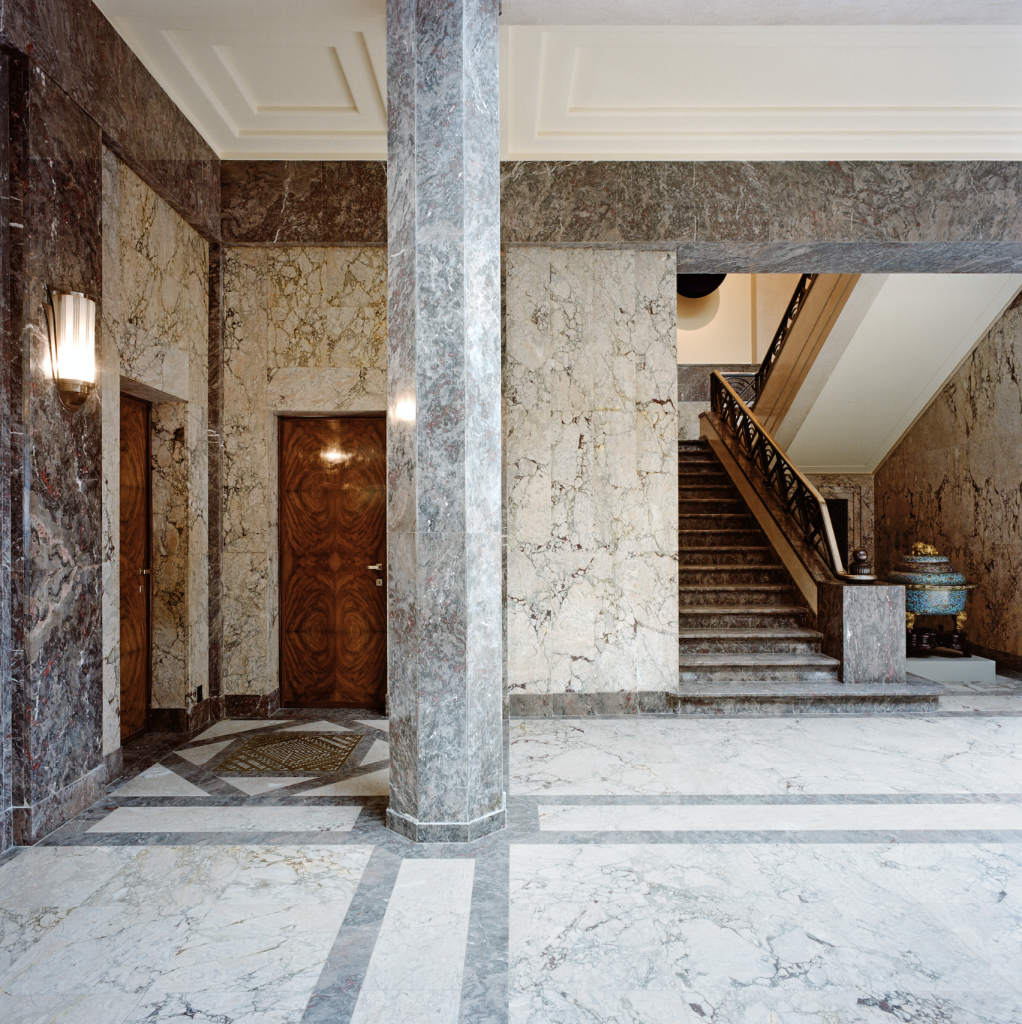 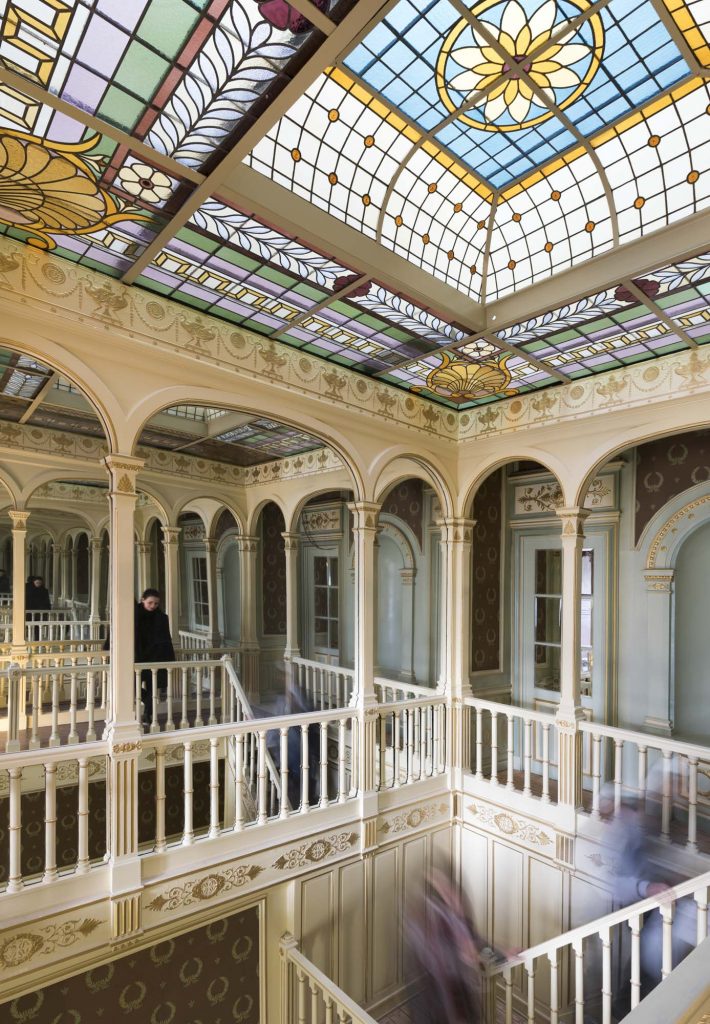 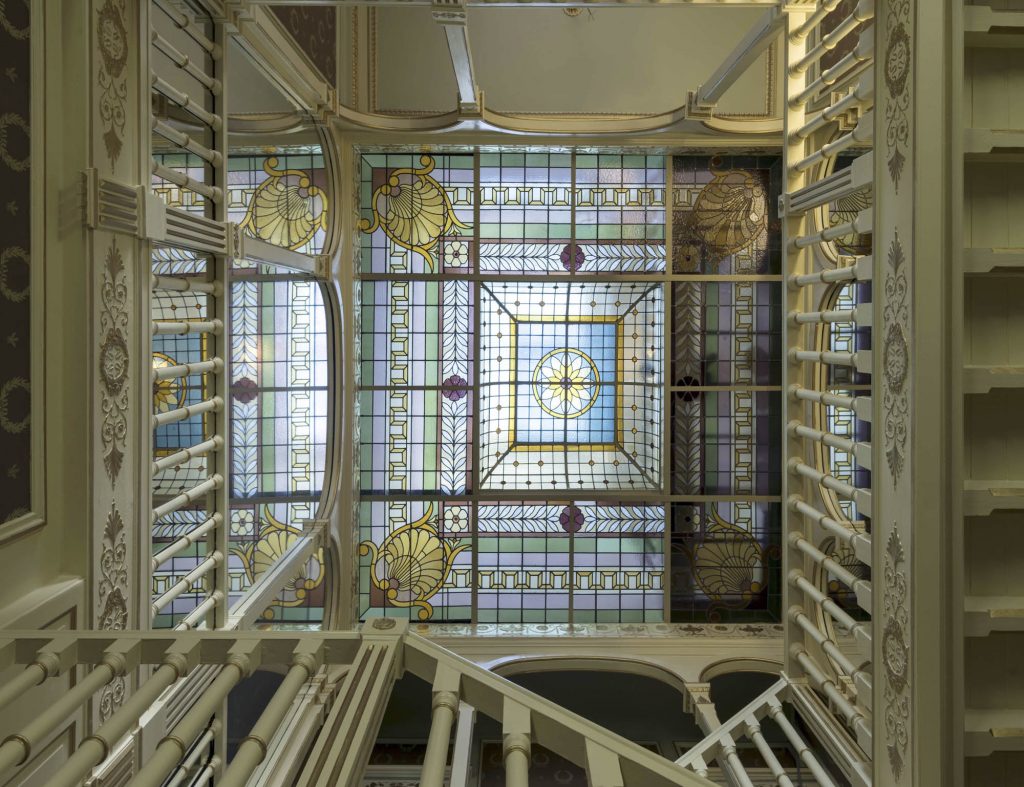