Gunia Nowik has launched Gunia Nowik Gallery in Warsaw, Poland. Based between Warsaw and Berlin, Nowik draws international connections to her roster of Polish artists, offering a space in which they are able to freely express themselves. Opening in July of this year with Iza Tarasewicz’s Full Circle Ahead!, the gallery promises a diverse range of sensibilities and aesthetic practices. TLmag speaks with Nowik about creating opportunities for female artists, the dynamic Polish art scene, and her upcoming shows.

TLmag: Could you tell me about your background and how it has led you to opening the gallery?

Gunia Nowik (GN): I’m an art historian, and when I was studying in Switzerland I did my internship as an assistant curator at Fri Art Kunsthalle in Fribourg. When I came back to Poland I worked with the collection of ING Bank in Warsaw. When my former partner and I decided to open a gallery in 2012, we didn’t really have the knowledge of how to run it. We learned everything by doing, and when I see it from today’s perspective, we definitely learned a lot. Now, I’m in a very different place, and for some time I’ve had my own vision of what the gallery could look like, but I couldn’t implement this in the previous structure. This new gallery is a continuation of the relationships I developed with the artists through the years and the knowledge I gained, and it represents a new quality and opportunity for the artists and myself. It’s also about believing in women and their independence.

TLmag: Have you always had an interest in working with artists?

GN: Yes, I can’t imagine doing anything else! When I worked in my previous gallery, we were mostly focused on working with the older generation of artists, particularly with their archives. This was fascinating, but at some point I wanted to shift focus and find a balance between generations, as I’m really interested in working with the question of what is contemporary to our times. I used to work with American photographer and filmmaker Sharon Lockhart, who represented Poland at the Venice Biennale in 2017, and it was in working with her that I deeply understood the value of being part of the process. It’s very inspiring. Today I’m representing artists who are more or less from my own generation – Agata Bogacka, Jakub Gliński, Katarzyna Korzeniecka, Anna Orłowska, and Iza Tarasewicz – but I’m also very honored to continue working with Teresa Gierzyńska, who was born in 1947. Her practice is dedicated to an investigation or introspection of female identity.

TLmag: All of your artists have an extremely distinct style and materiality in their respective practices. What is it that you look for with the artists you represent?

GN: I always work in a close relationship with each of the artists. At the moment, the gallery has gathered a group of six artists, four of whom I have already worked with before. Some of them are more established and some are less so, but each of them has a different aesthetic and approach, and I truly believe in all of them. Someone actually came into the gallery in July and asked me what links all of the artists in the programme. Of course what connects them is a personal, curatorial choice, and the very varied work of each of these artists reflects, in my opinion, on important aspects of humanity or our lives. But also what links us all is creating this gallery together.

TLmag: How would you describe the energy of the contemporary art scene in Poland?

GN: I think the art scene in Poland is quite strong. I would describe it as very dynamic and full of potential. For example, this year is the eleventh edition of ‘Warsaw Gallery Weekend’, which opens the new art calendar in Autumn every year, and since 2018, ‘A Friend of a Friend’ – a gallery-share initiative based on the idea of giving the exhibition space of the local galleries to their foreign partners – takes place too. Of course, with the current political situation, showing art is becoming more complicated, so I really believe in private structures. Galleries can offer space for freedom of expression that is less restricted than in public institutions.

I chose to open the gallery in Poland because it’s a great base, but I also think it’s important to be able to offer a different perspective, which is something I’m able to bring to it by being based between Warsaw and Berlin. For the next year, for example, I invited a young curator, Camila McHugh, to prepare a show with Berlin-based artists at my gallery in Warsaw.

TLmag: As the inaugural exhibition of Gunia Nowik Gallery, can you tell me a bit about Full Circle Ahead!?

GN: I was very happy to open the gallery with a solo show by Iza Tarasewicz. She’s a great sculptor and an amazing person, and she is based on a farm in the north-east of Poland. I’ve been interested in her work for years: her installations cumulating repeatable elements, and her approach to nature and the rural environment. I was eventually able to visit her in her studio, which is located in a barn, and this was crucial for me to better understand her work. It’s so unexpected, because she makes beautiful, meaningful objects with carefully chosen materials like copper and brass, but there is still a lot of modesty in them, or a sort of “alchemy” where she oxidises the steel elements or puts a blue patina on them.  Each of the objects is handcrafted, which reflects the value Iza places physical work in our automated world. The exhibition is based on the multiplicity of meanings held by the figure of a circle and is related to her long term research into the mazurka folk dance, where dancers spin around like a machine. Iza also works surrounded by the farm equipment that her grandparents used, so the objects you can see at the exhibition reference these machines too. The multiplication of human and machine-like hands and arms makes you think about collaborative work, or working side-by-side. I think it’s a very exceptional show to open with because it’s about being together and working together, which is so important on one hand in the current context of the pandemic, and on the other hand in the context of what the gallery actually is: a collaborative structure. As we are just opening, it’s a new cycle for all of us. To paraphrase the title of the exhibition: it’s full steam ahead!

TLmag: What can we expect from your upcoming shows?

GN: The next show is of an emerging Polish painter, Jakub Gliński, and was developed in dialogue with a London-based curator, Natalia Grabowska. Jakub doesn’t list his age, and he’s known as a kind of “eternal child” in the arts scene. I’m really fascinated by his work as it is very fresh and spontaneous. He usually creates paintings and installations intuitively. The palette is created using an airbrush, with patches of colour that resemble scratched walls. Visual references from murals, pop culture, tattoos, and children’s drawings lend to his recognisable style. I decided to give him the gallery space two weeks before the opening. He’s going to appropriate the space and paint on the spot. I’m very curious about what will happen, but I want to give the artists the feeling that I truly believe in what they are doing, and that they can do anything as art has no borders. After this, we are opening two parallel shows in December: one with previously mentioned Teresa Gierzyńska, as an appendix to her upcoming  retrospective at Zachęta National Gallery of Art, and the second one – something never really shown in Poland – male nude drawings of Krzysztof Jung, whose estate I’m working on now in Berlin. I think it’s important to show Jung in the political context of the LGBTQ situation in Poland.

Full Circle Ahead! by Iza Tarasewicz is on show at Gunia Nowik Gallery until 11 September. 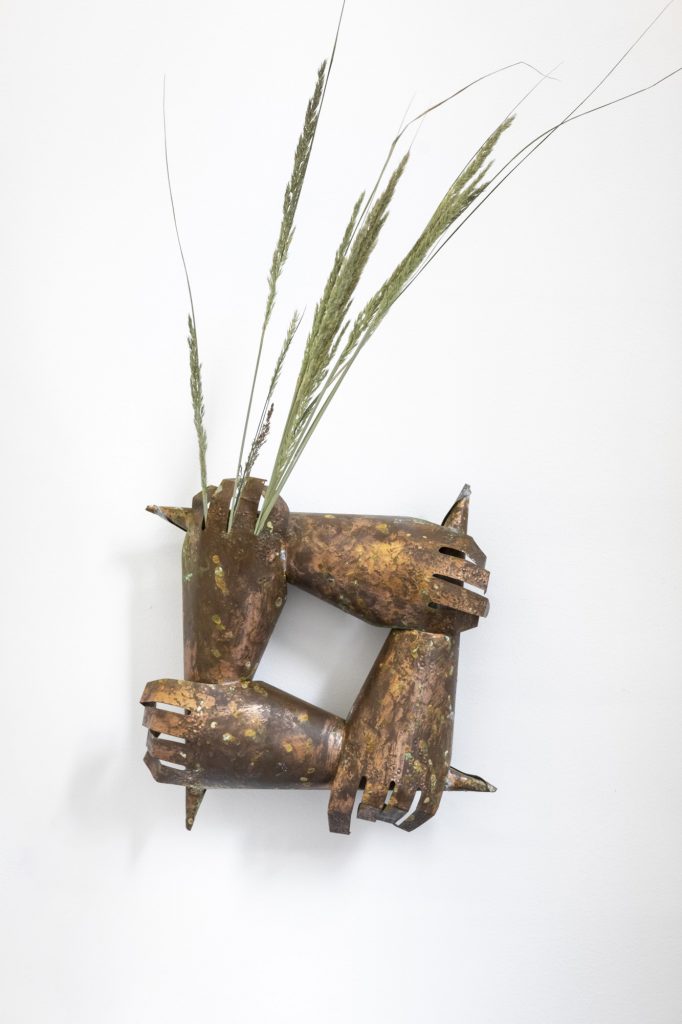 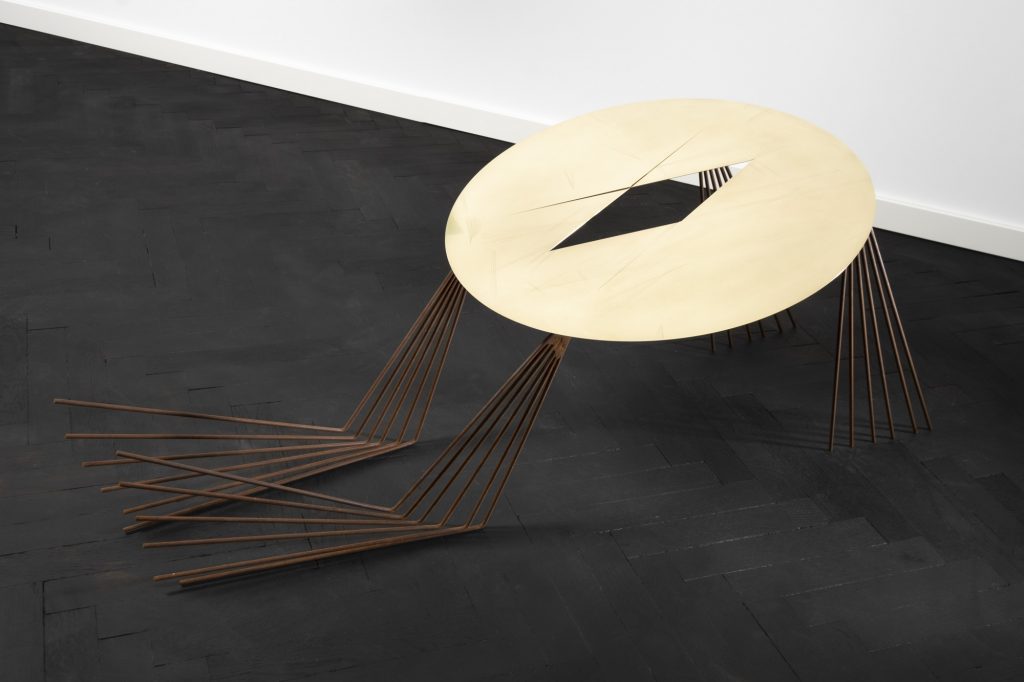 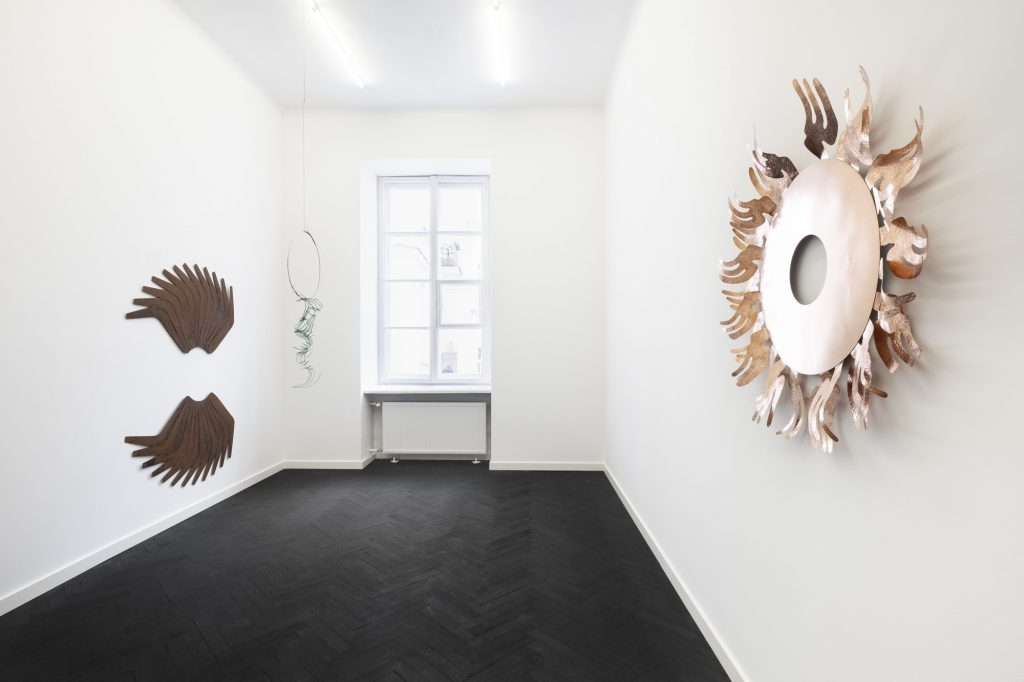 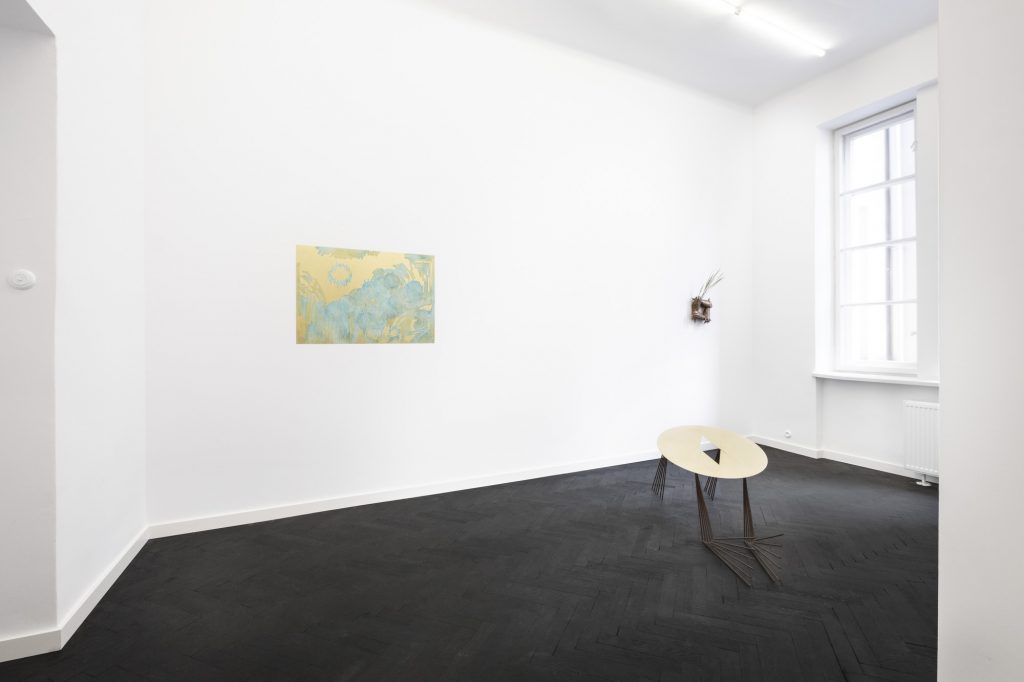 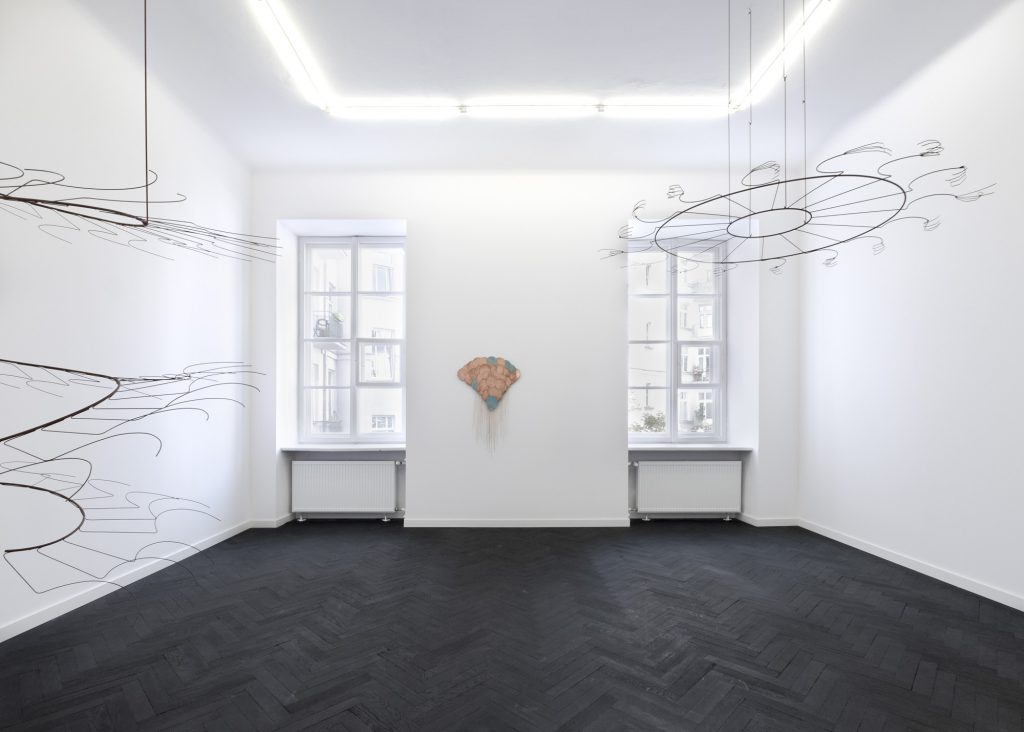 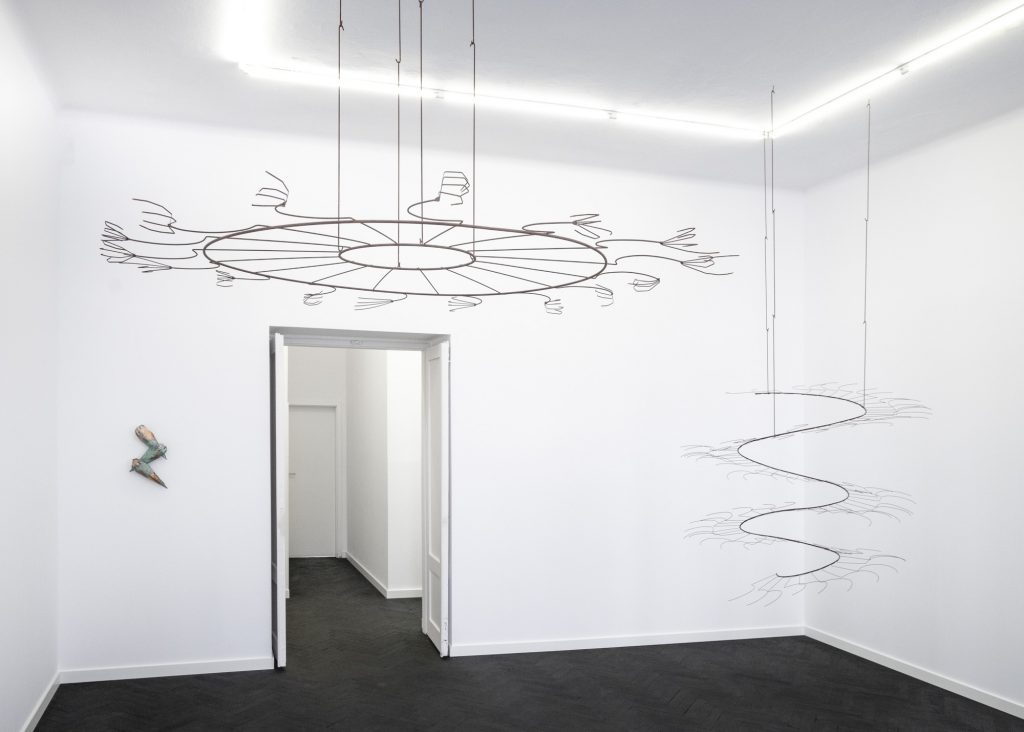 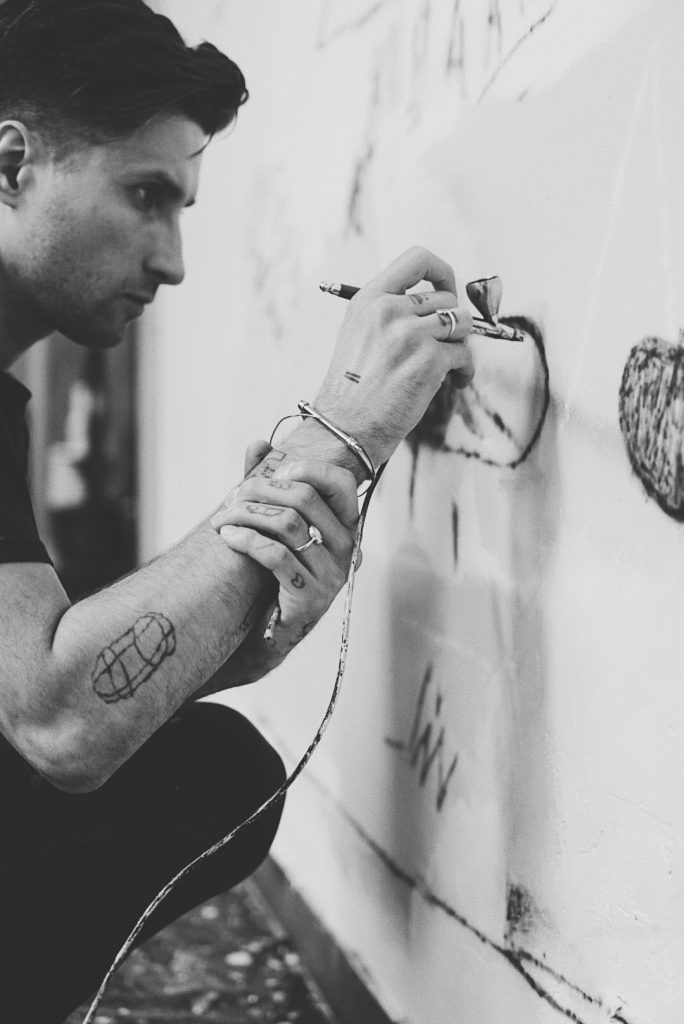 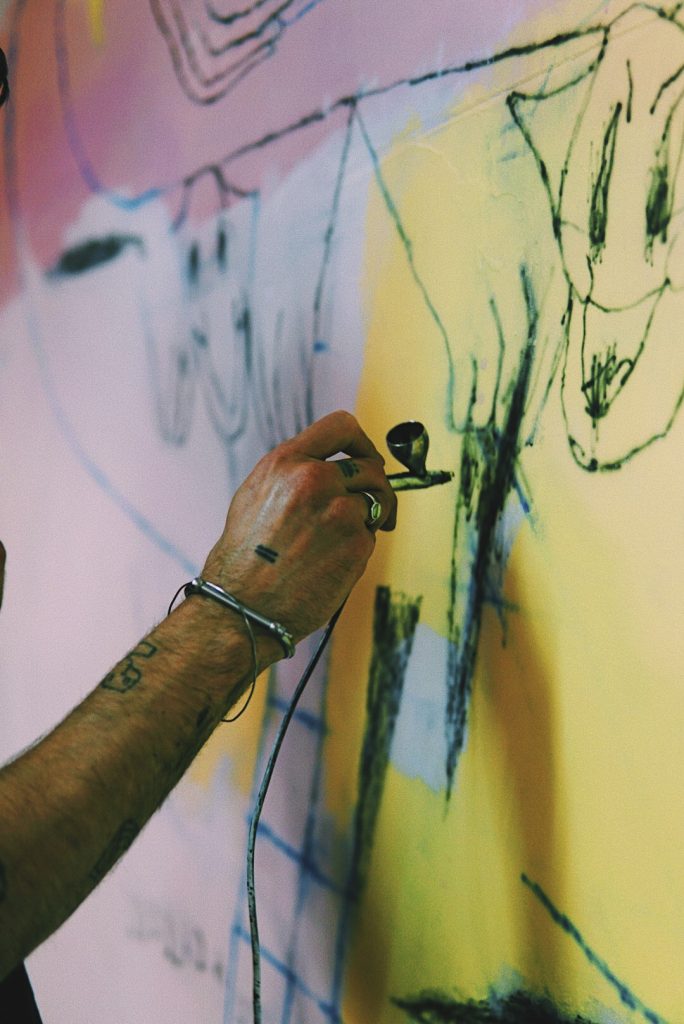 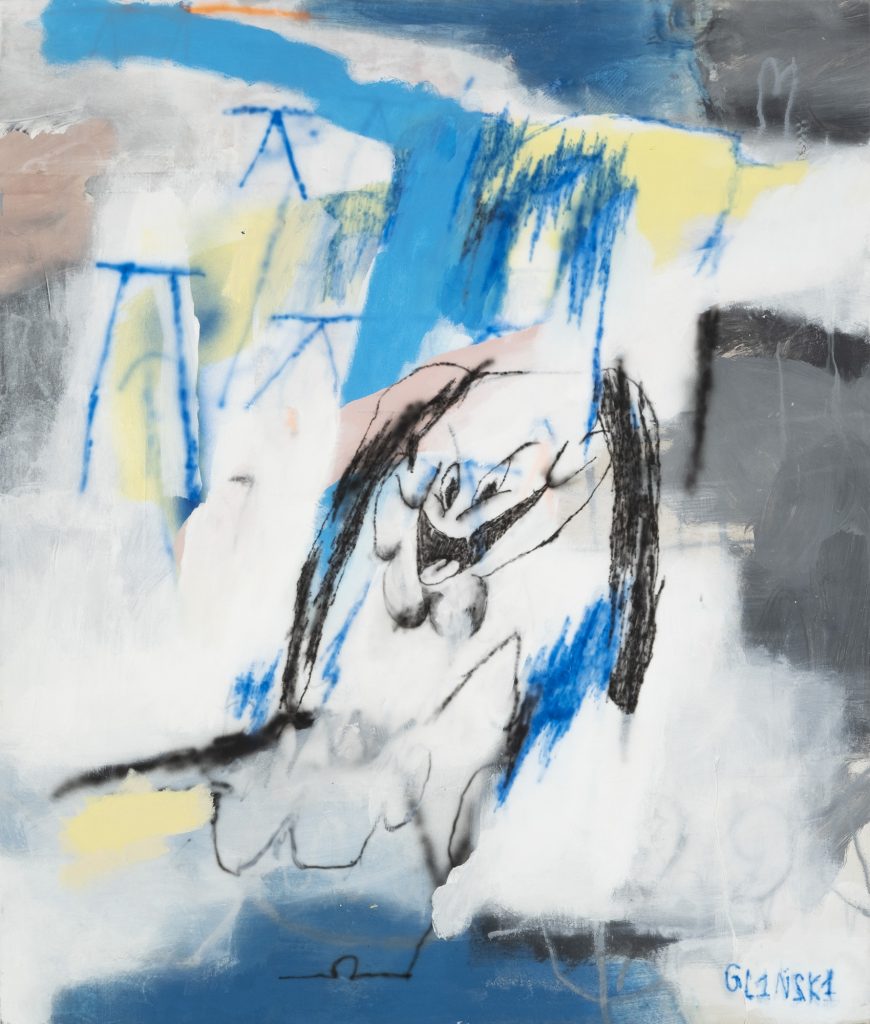 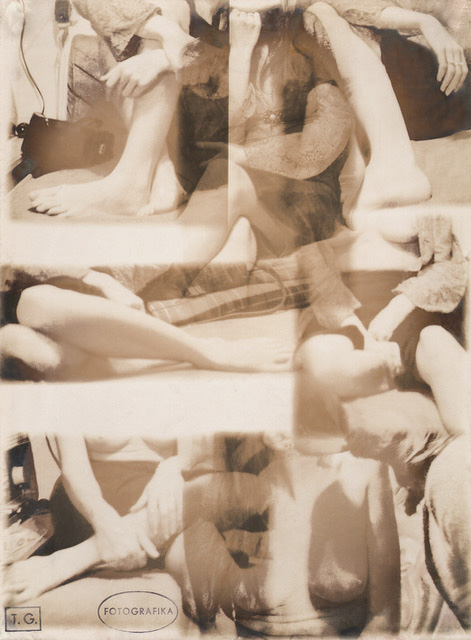 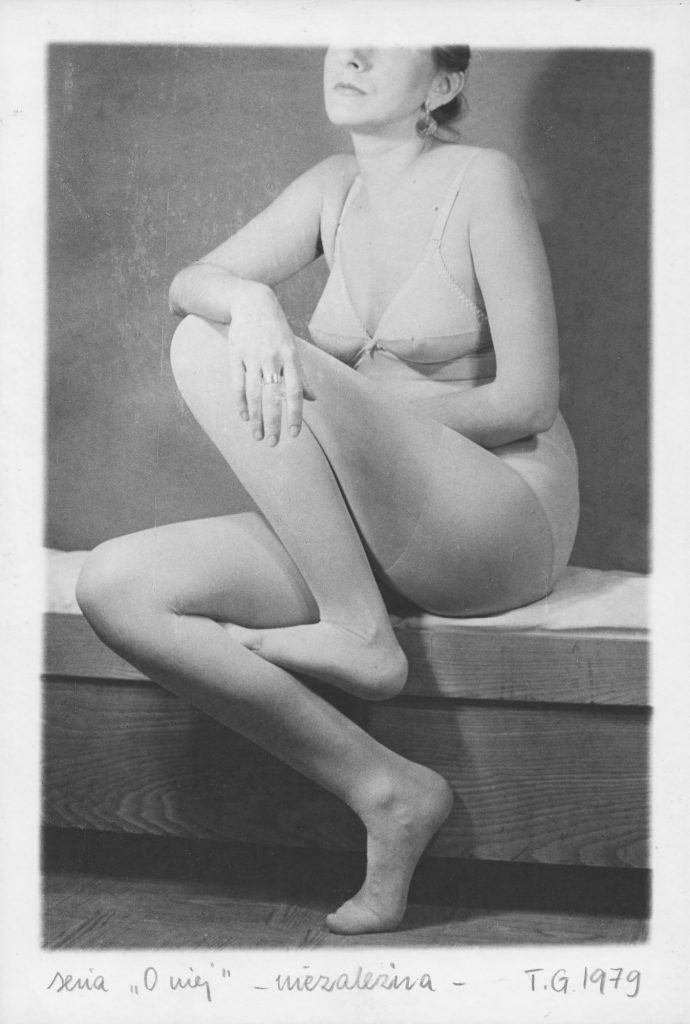