Czech glass artist and sculptor Jan Frydrych combines transparent, red and indigo-blue glass to create sophisticated optical glass-art pieces. Imbued with life as light shines through them, the pieces offer a new dimension to the world that they refract.

Growing up in Šluknov, a Czech town in Northern Bohemia famous for its tradition of making of glass, Jan Frydrych has never been a stranger to the multifaceted Czech glass-art tradition. Yet, how the artist and sculptor got to his medium of choice, optical glass, dates back to a, perhaps, unusual and activistic personal history starting in the late 70s. As a lifelong critic of communism and the communist regime, Frydrych was placed on an official government blacklist in which he had to accept a deal not to claim any credit of his artworks if he wanted to retain his freedom. Alongside this deal, Frydrych also had to comply with the fact that he was no longer allowed to work with crystal glass, which was (and still is) regarded as a prestigious material. This left the innovative glass artist and sculptor to start working with industrial-grade optical glass, which was then abundant in Czech factories producing binoculars and lenses. This is how Frydrych began to turn a discarded material into a distinct and radical new art form.

Having worked for himself since 1981, Frydrych is a frequent collaborator and student of world-famous architect and glass sculptor professor Václav Cígler and has also realised the designs for several other top tier glass artists, amongst which are, František Vízner, René Roubíček, Ivo Rozsypal, and Bořek Šípek. Aside from putting his heart and soul into cutting and perfecting glassworks for others, he has managed to blaze his own artistic trail over the years and has now created a name for himself amongst the great Czech glass artists that came before him — overcoming and defying what was seized from him all those years before.

‘Opticality’ at Galerie Kuzebauch offers an overview of Frydrych’s speciality: unique, sophisticated cut and laminated glass art pieces that do not possess formal front-facing or rear-facing dimensions but go beyond through a process of combining in minimalist, transparent, indigo blue (and occasionally red) glass.  With pieces mainly composed of basic geometric forms such as spheres, cylinders, cubes, cones — the complex techniques that Frydrych uses allows for the creation of illusory inner architectural spaces and the so-called fourth dimension for the viewer to look into and explore.  It clear that Frydrych continues to elevate the preciseness in his craft, with works that have been described as a “laboriously and patiently manifested celebration of human creativity, craft, and skill.”

‘Opticality’ will be on view until the 12th of July, 2019 at Galerie Kuzebach. 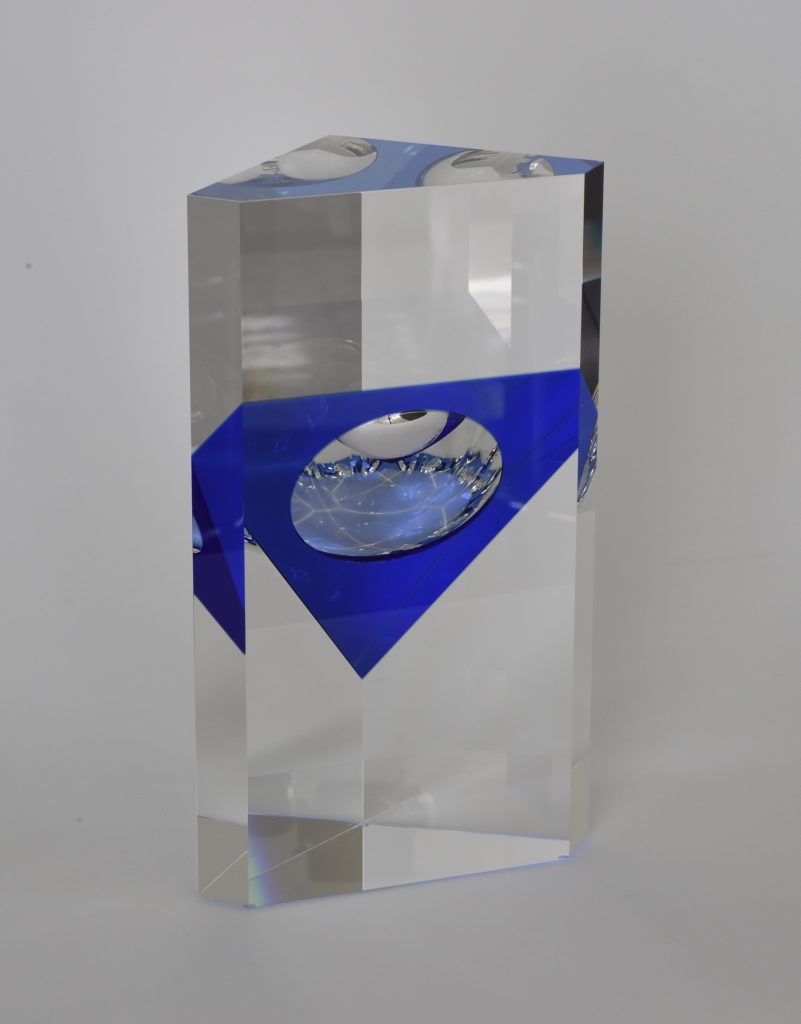 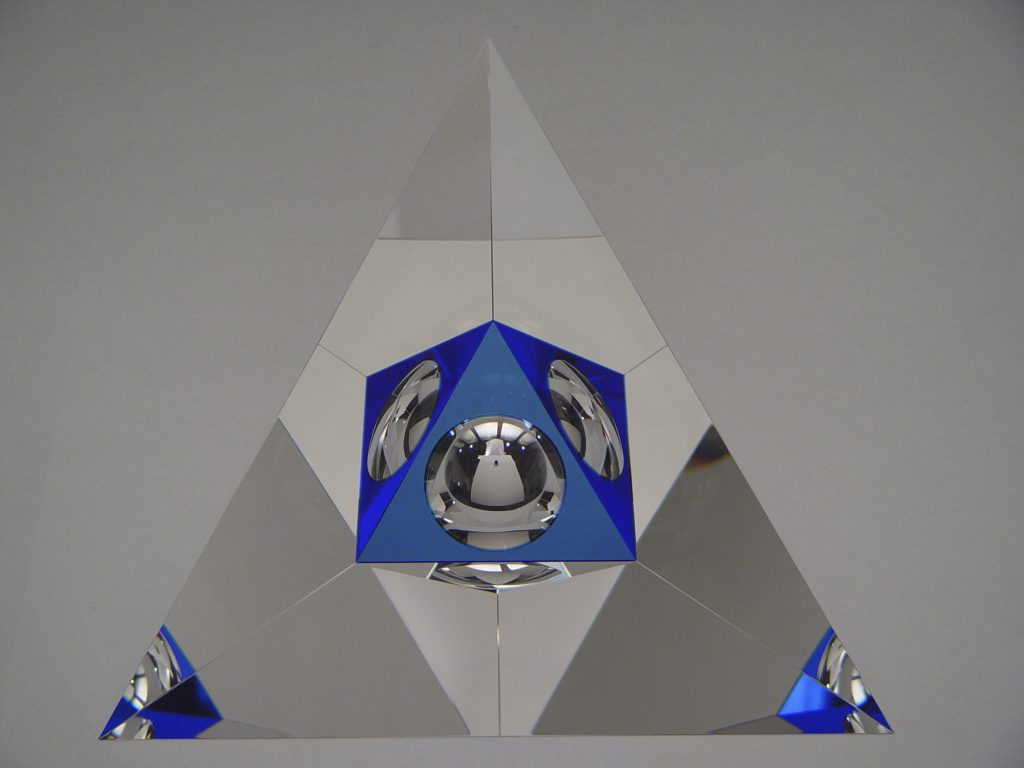 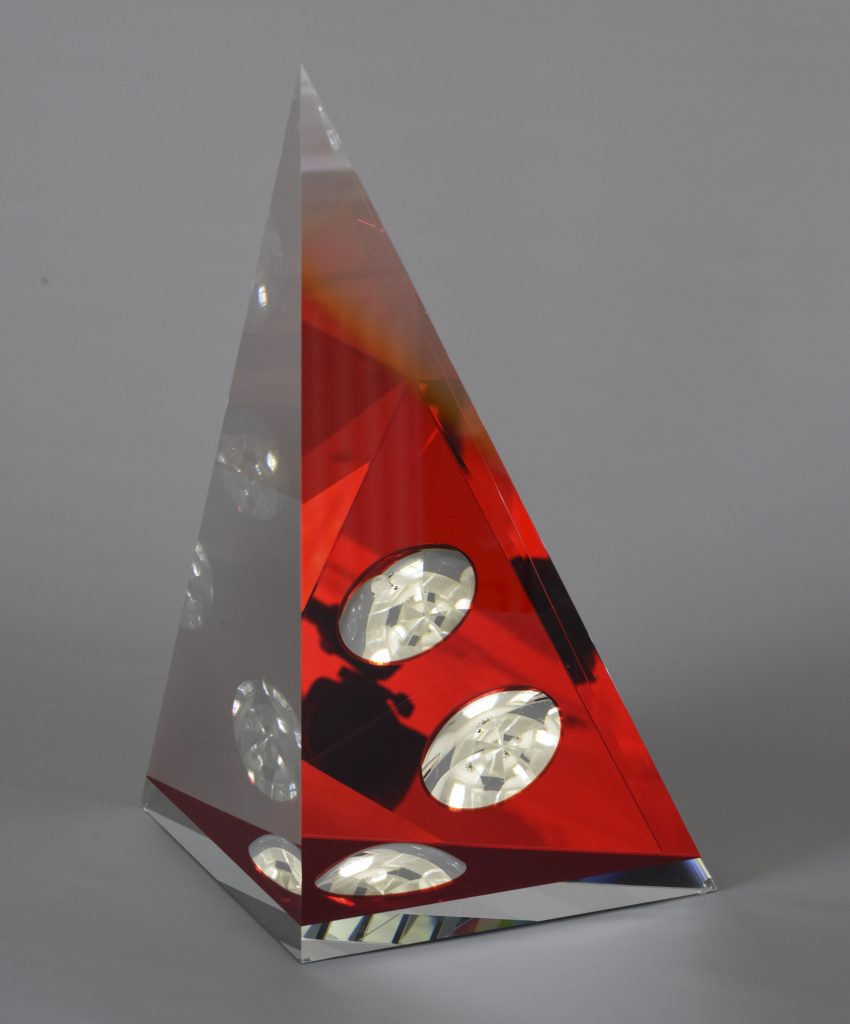 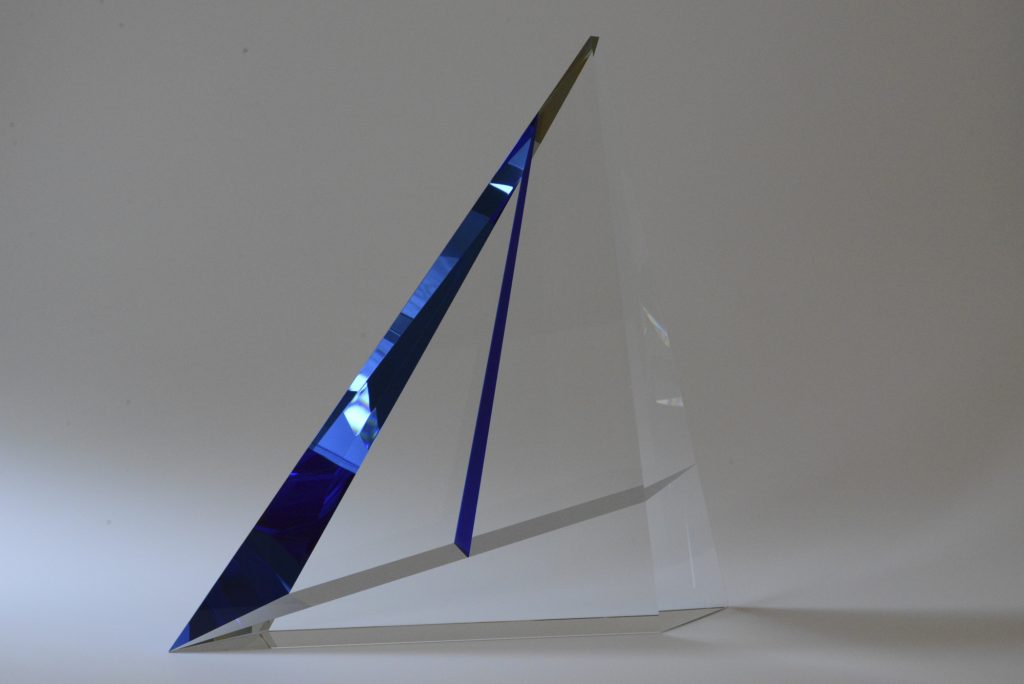 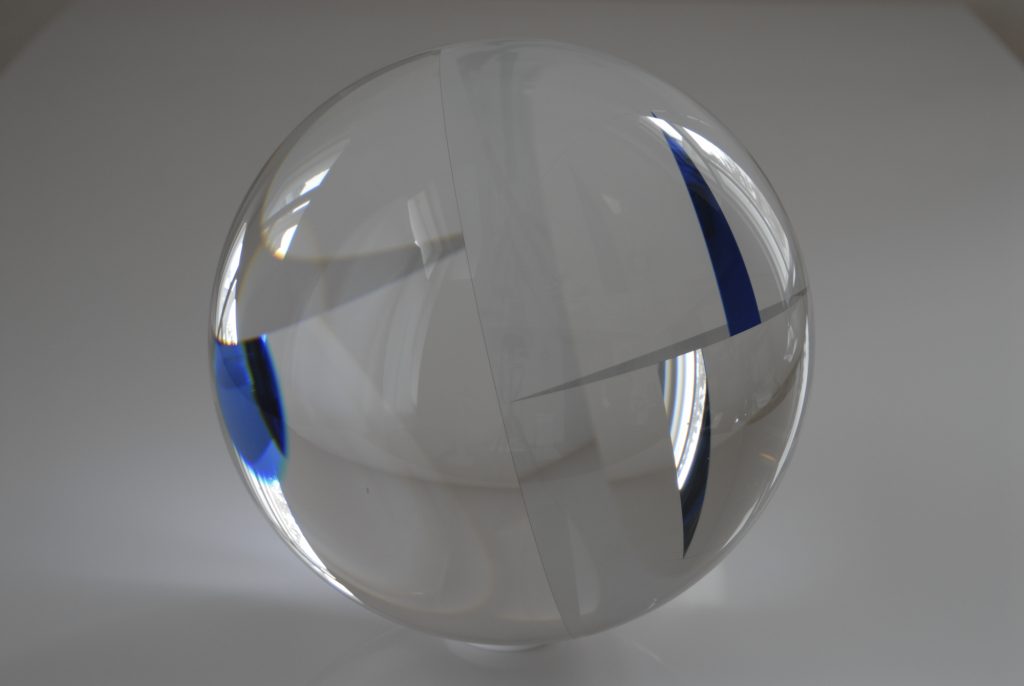 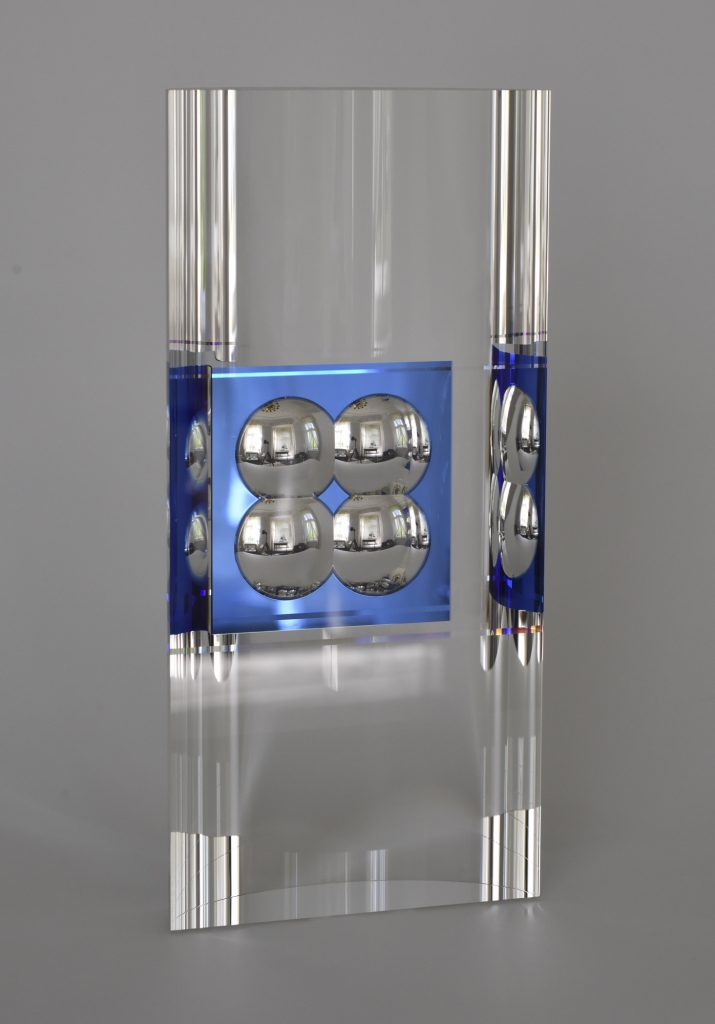 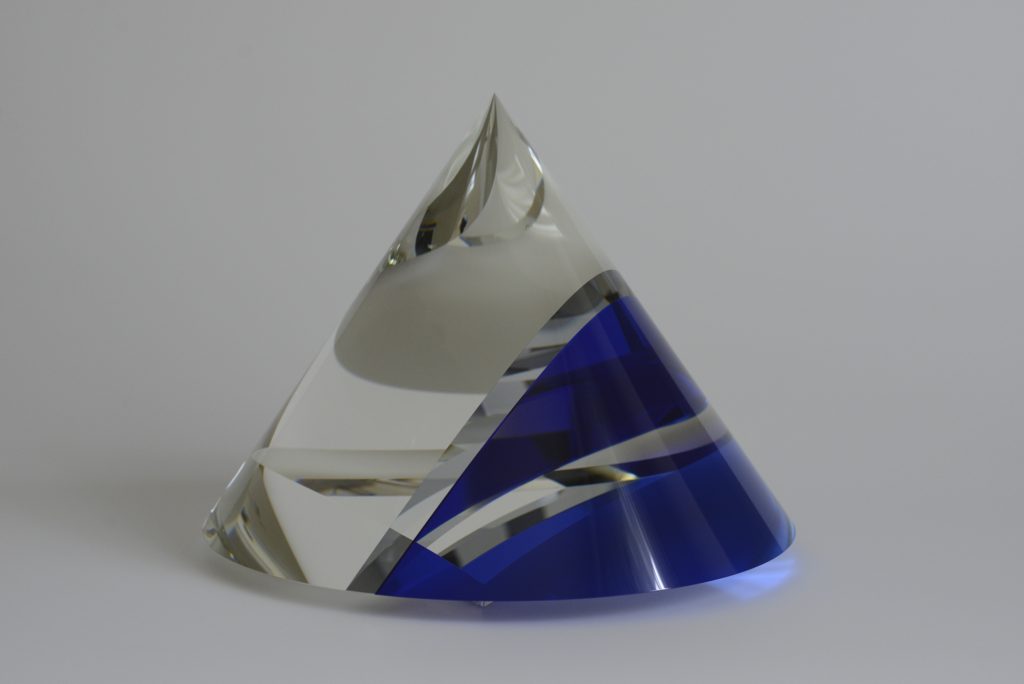