Berlin-based designer Philipp Weber works with elemental materials to explore craft processes. Weber aims to open up an understanding of glassblowing to new audiences, and cultivates a practice based upon maker, body, and material. With projects such as ‘A Strange Symphony’, in which he designed a trumpet-like tool to show the musicality of glassblowing, and ‘From Below’, which deconstructed the industrial steel-making process through the creation of a miniature coking plant, Weber seeks to reveal and find meaning in aspects of craft processes that would otherwise go unquestioned. TLmag speaks with Weber about his emphasis on process over outcome, questioning the role of craft in a digitally-driven society, and the choreographed relationship between maker and material.

TLmag: Where did your interest in craft and making come from?

Philipp Weber (PW): It’s actually rooted in my time at Design Academy Eindhoven. I think it was in my second year that I became interested in glass as a material. It was fascinating to watch glassblowing, and what interested me the most was the process. I was not interested in having a nice final product, but more in finding a way to engage and question the meaning of this process in a time where manufacturing is becoming mechanised or digitised. So I started looking for answers, and this question has become more relevant in the past year. Something that I keep thinking about is the meaning of the human person involved in the process of making something. I think one of the most crucial things that I have learned is that it’s not about the craft itself, it’s more about the experience of making or learning something. It’s so valuable for us as humans to not lose focus on this, and to find a way to use digital tools and mechanised processes without losing the direct learning process.

TLmag: How do you approach a material? Is it with a thought in mind to do something original with it, or is it simply to explore?

PW: I’ve mainly worked with two materials: glass and coal. It was through glassblowing that I asked myself about the meaning of this traditional, slightly nostalgic process. Most of the places that you see glassblowing now are more about the show than the actual production, because production happens in the industry. So I was asking myself, if this process is really just for show, then what is the value of it? I also transported this question into the other material that I work with a lot, which is coal. It’s the same question, but seen from the other side because I looked at an industrial process. I deconstructed the complex process of making steel and made it a craft, bringing it back to a one-person operation. In both of these projects – the glass and the coal – I was interested in revealing the process. We have steel all around us, but nobody really knows how it’s made. It’s the same with glass. I thought it was very interesting to put a focus on that process and engage with it, rather than trying to produce an outcome. The outcome is also part of it, but it’s not the only thing that I want to show.

TLmag: You seem to have an interest in designing not only the object, but the tools to create the object with. Can you share a bit about this?

PW: I made a tool, like a trumpet, for my glassblowing project, ‘A Strange Symphony’. It’s a tool in two senses: it’s a tool for the glassblower to use, but it is also a tool for me to transport a message, which was to demonstrate the musicality of glassblowing. I see glassblowing as a very musical craft. There’s a constant rotation going on, and a constant movement of the body because the glass is liquid. The body has to respond to this liquidity and the glassblower’s body reacts in a very liquid way too. So there’s a sort of dance happening in front of your eyes, with a lot of repetition because the glass has to continually be reheated.

TLmag: In your recent project, ‘Of Movement and Material’, you speak of the body and glass influencing each other in a dance between maker and material. What is the result of this choreography, and what do you seek to convey by showing it?

PW: The first time you practice a production choreography it’s like being a dancer or a musician: you repeat it over and over again and it gets better until it’s eventually mastered. Glass remembers everything; every movement, every mistake. With this project, I asked the glassblower to dance with the glass, to imagine the glass as a partner. So all of the objects in this lighting series are an interpretation of a dance with glass, every object reflects a certain movement of the makers body.

I wanted to continue with the project somehow, so I initiated ‘Tacit Dialogues’, an ongoing investigation where I invite designers and artists who work with digital tools to look at glassblowing. For instance, one of the participating artists is computational architect Elaine Bonavia, who brought an infrared camera that can recognise and track the body in space, and she made animations out of this. So we have these interventions using digital tools to turn a certain part of the process of making glass into something abstract, and in doing so we get a completely different sense of the process. For me, this information – the movement of the pipe or the movement of the body in space, is something that is implicit to the glass artist. He knows exactly how and where to move. With this project the idea is to let you into the process. Our aim is not to substitute or replace the craft, but more to reveal certain elements that can help us have a better understanding of it.

TLmag: You seem to view craft in quite a holistic way. How do you view the role of craft in today’s society?

PW: I think it’s important that objects convey something about where they come from and the process and person that is behind them. We surround ourselves with a lot of objects that don’t tell us much. They might communicate their purpose, but I think objects should give us more than that. Everything that surrounds us is also reflecting on us, so that’s where I see the connection to society. As you can tell, I have quite a poetic sense of objects.

Philipp Weber’s work is currently on view at Spazio Nobile Gallery as part of the Threads of Nature exhibition, until July 18.

All images courtesy of the artist. 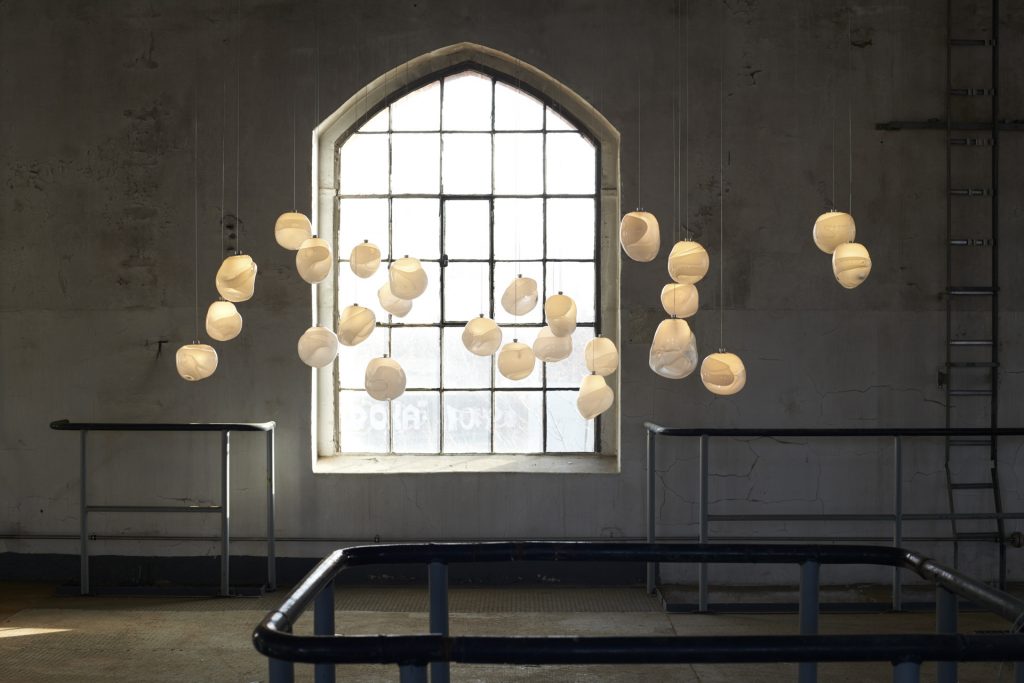 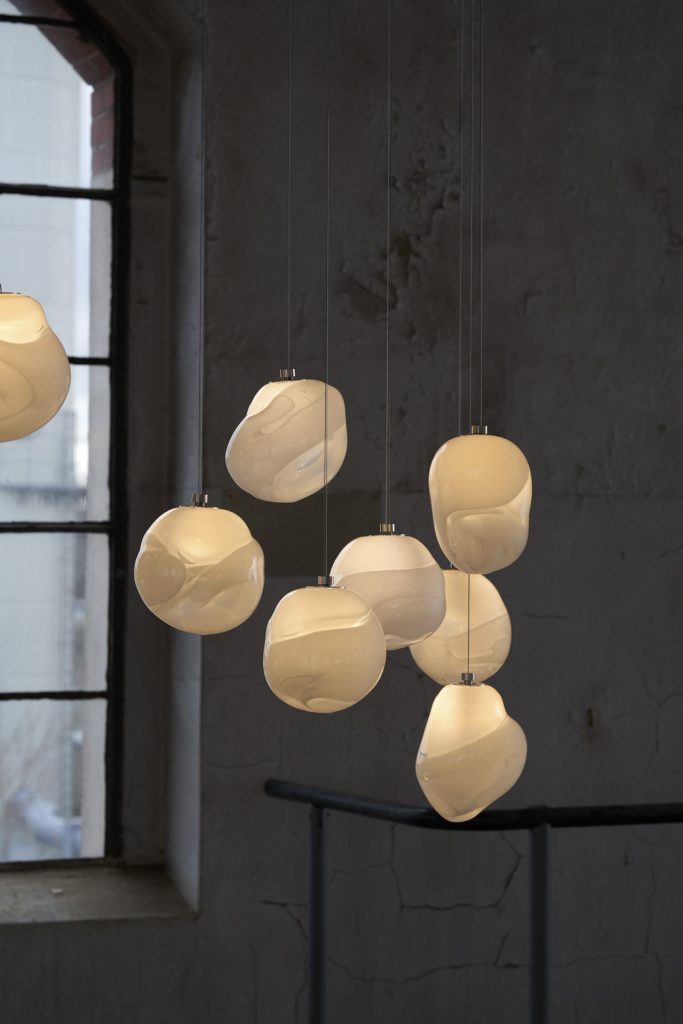 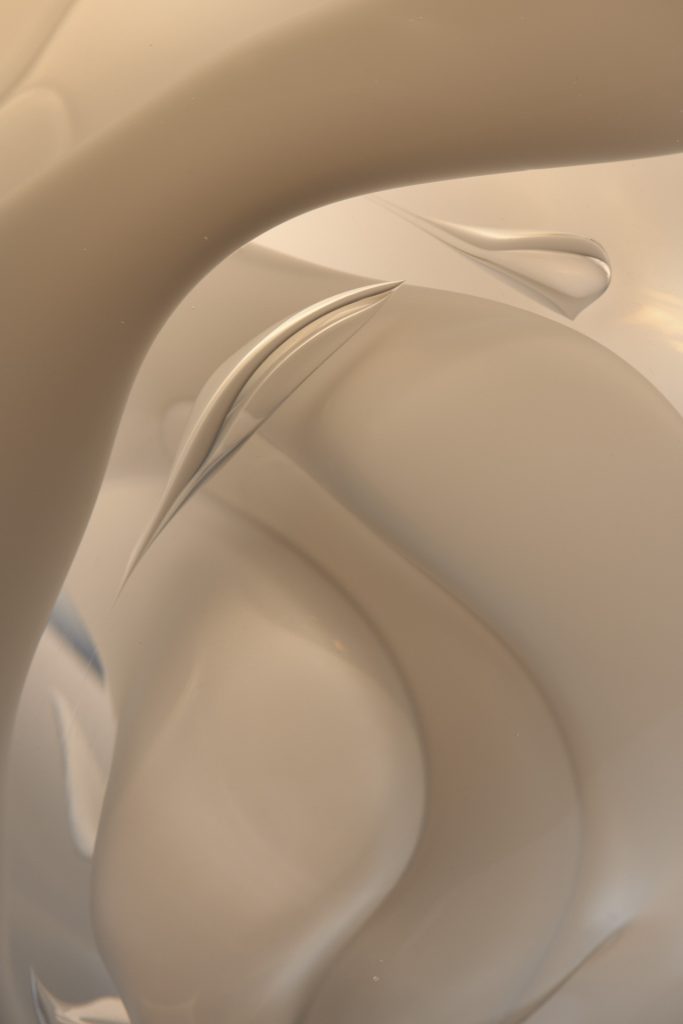 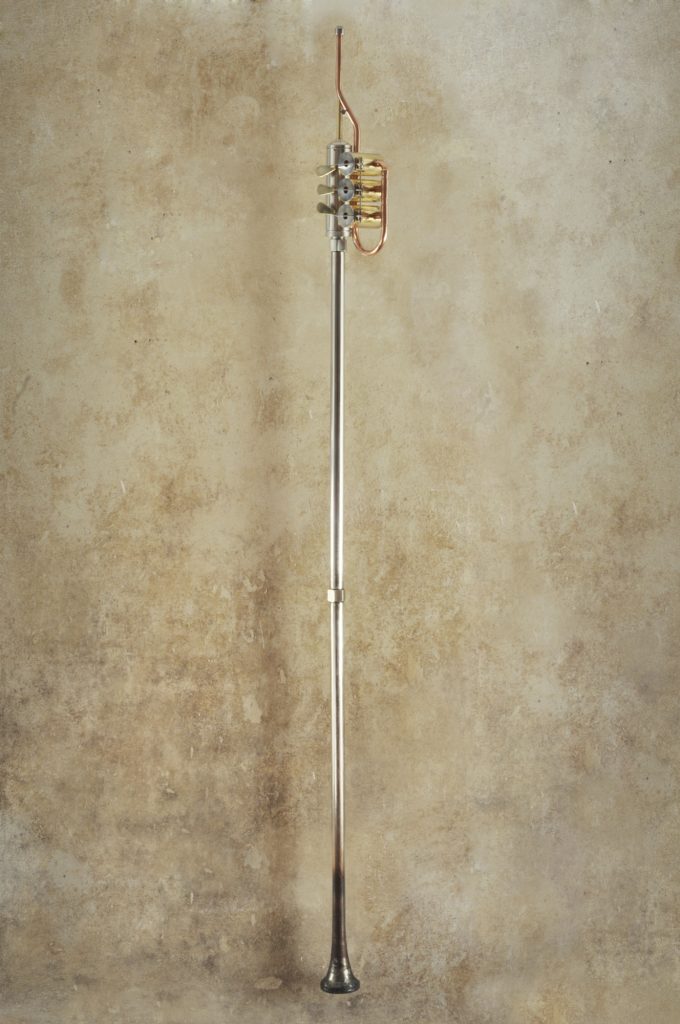 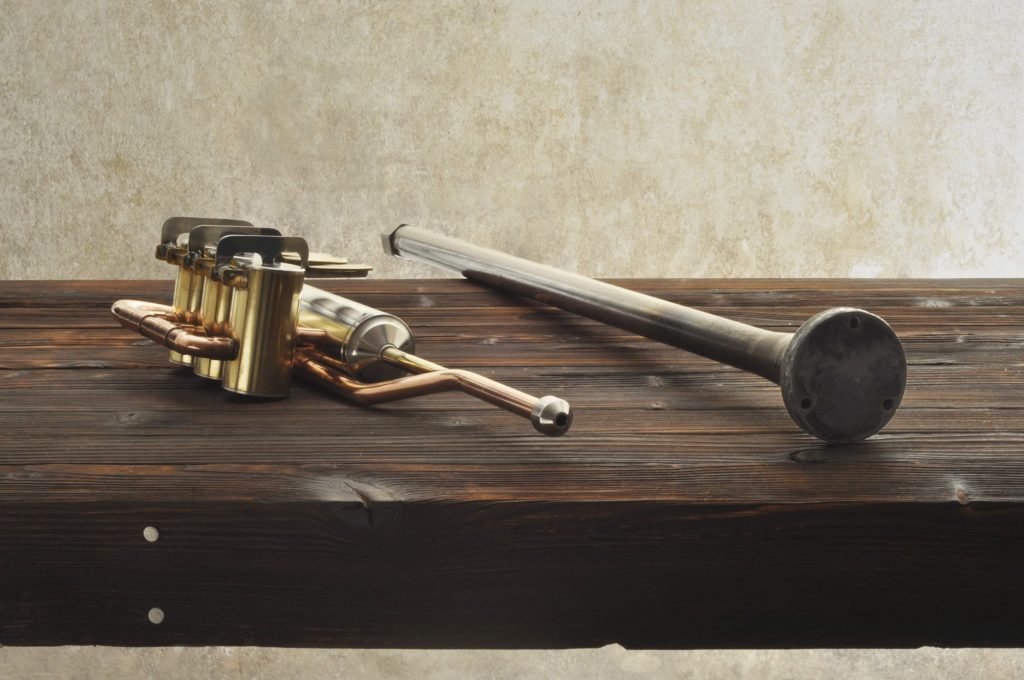 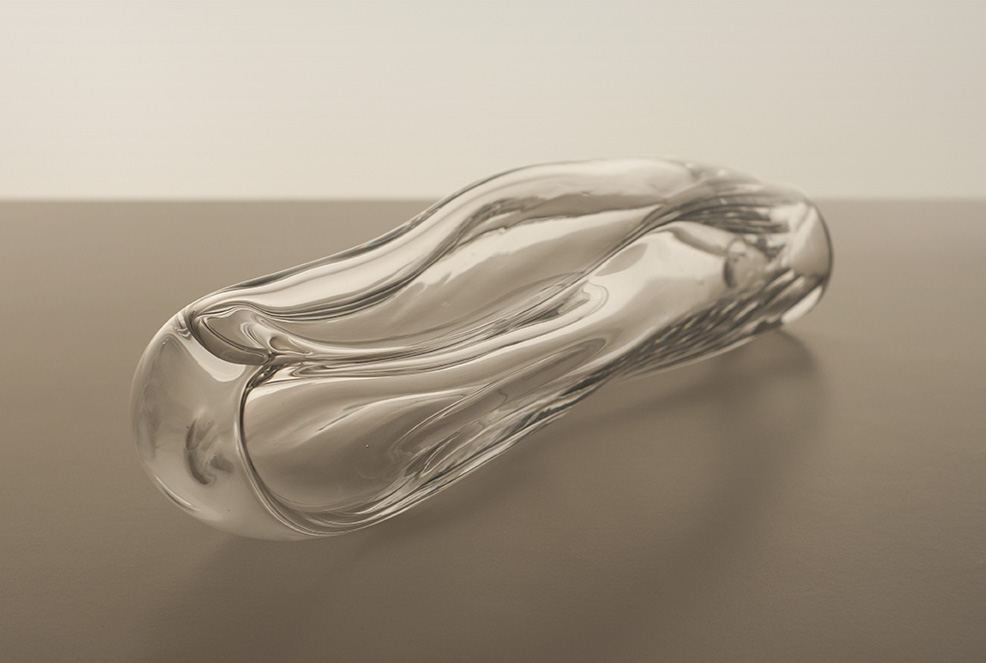 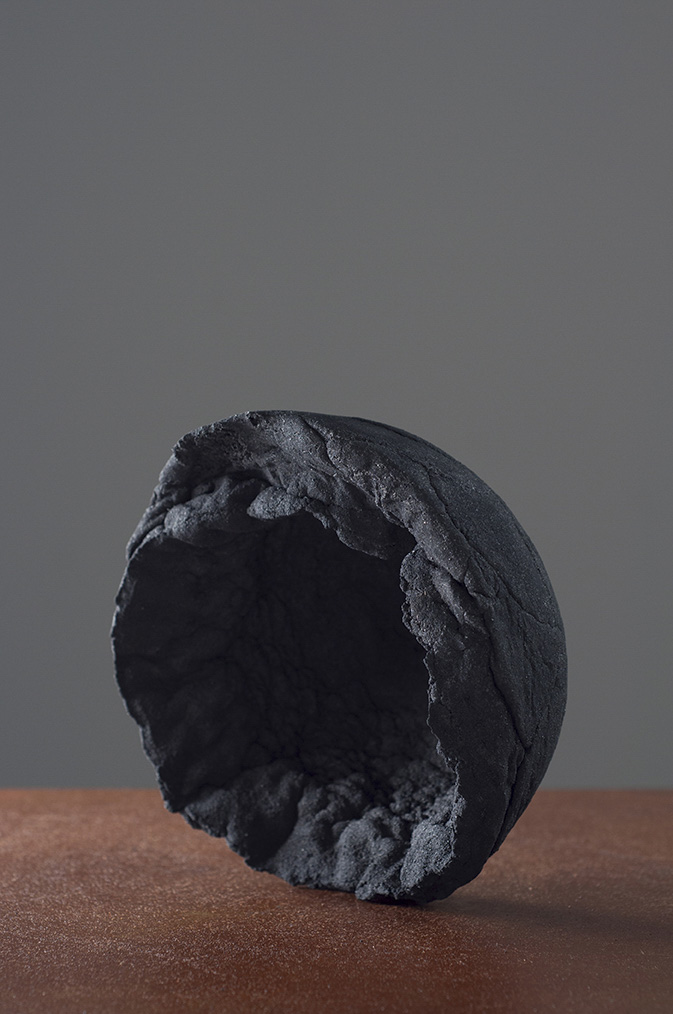 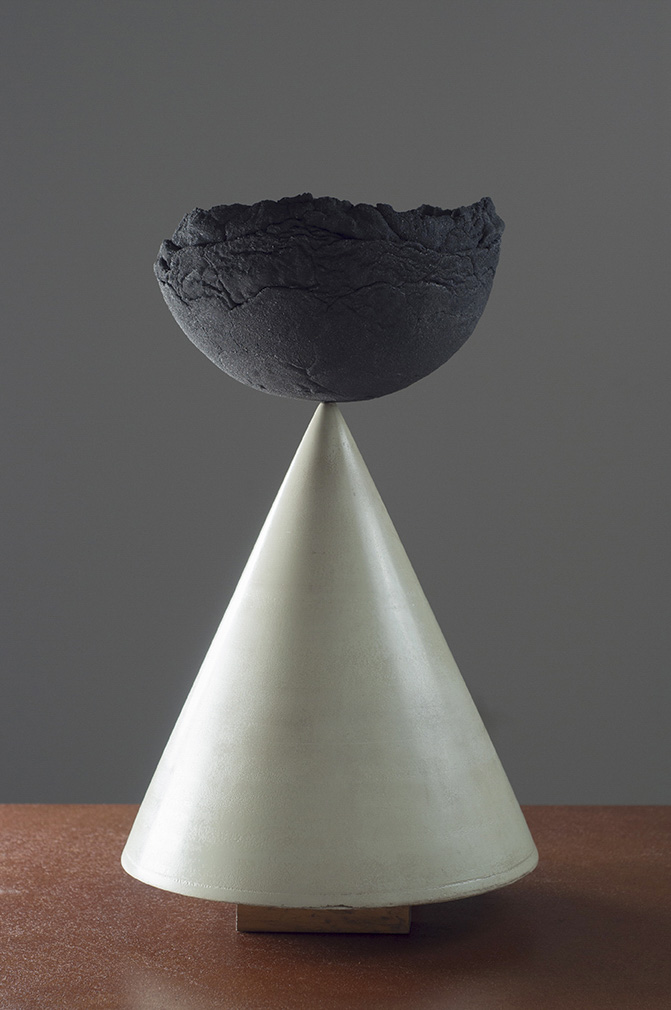