Hubert Barrère (H.B.): Don’t ask me how, I have no idea. When I was a very small child, I would draw shoes or dresses, even though I was born in the provinces, into a family that had nothing whatsoever to do with fashion. But one day something clicked. I must have been about 10 years old and I saw, on the rear deck of a neighbour’s car, a magazine called Vogue.  I had no idea what this magazine was, but I was fascinated by the cover. So I went to a news shop to take a look, and as I leafed through it, I understood that I would absolutely spend my life in this universe.

TLmag: Was there an item of clothing or a personality from your childhood that inspired you?

H.B.: Yes, my great aunts and my maternal grandmother. My grandmother resembled Edwige Feuillère, with the style of Maggie Smith in Downton Abbey. They were three intellectual and extremely elegant ladies, who, to me, represented the style and spirit of France.

TLmag: How did growing up in France influence your aesthetics?

H.B.: Through culture. Culture was a social ladder for me. Access to culture broadened my mind and forged my creativity. The diversity of culture that is inherent to France, the intermingling of ideas, movements, styles, is extremely invigorating and has been a leitmotiv throughout my life. I am not interested in one thing, but in many, and how to bring them together.

TLmag: Maison Lesage is one of the most famous couturier houses in the world, making embroidery for Dior and Chanel, among others. Tell us about your career trajectory and how you came to be the design director of Maison Lesage?

H. B.: For 15 years, I was artistic director for Maison Hurel, which is one of the embroidery suppliers for Chanel. This gave me the opportunity, starting in 1997, to collaborate with Karl Lagerfeld and Chanel. At the same time, François Lesage had always been a master of embroidery and a good friend for me. We never worked together. I would dine at his place; he would dine at mine… But I never imagined I would succeed François or have this position. Until the day that Bruno Pavlovsky, president of fashion at Chanel, offered me the position of artistic director at Maison Lesage. It was the wish of François Lesage, Karl Lagerfeld and Virginie Viard. Of course, I couldn’t turn down such an offer, and today I am very happy of it.

TLmag: The process of “making” has been transformed by technologies such as CAD. How have the Maison Lesage studio design process and fabrication evolved?

H.B.: We are in the world of fashion, which, by definition, is constantly changing. So, we are not in trades that remain fixed. This is even more true in our era, where everything moves so quickly. The design process stays the same: design, inspire, I hope, and create empirically, by using materials that respond to each other, or, alternatively, that oppose each other. But while the process has not changed, it is true that design today moves much more quickly, with 10 collections a year, so Maison Lesage had to adapt to this new way of working. In terms of manufacturing, however, we still follow the same rules, using either a needle or a crochet hook.

TLmag: Does Maison Lesage produce all its embroidery in France?

H.B.: We have teams in France for design and for Haute Couture, and in India for other production. They are an integral part of the House, and enable us to manufacture for ready-wear, because they can produce large quantities within the cost requirements of the ready-wear market. Hand-embroidery takes a long time, and when a piece requires 100 to 200 hours of work, it is very costly. Beyond what ready-wear can pay to remain accessible. That’s why Maison Lesage set up an entity in India. We train the staff ourselves, and follow the international SA8000 standard.

TLmag: What are the important benefits of technology in design work? What are some of the drawbacks?

H.B.: Technology allows us to do things that we wouldn’t be able to otherwise, such as 3D printed structures that are used in some of our embroidery compositions. But also, using software, we can make duplicates for sizes in ready-wear, which saves time and simplifies the production for that sector. Although these new tools aren’t used for designing embroideries, they do support research into new materials and help in forming the embroideries and sizing them.

TLmag: Is the definition of handcraft and handmade evolving? What are the perimeters?

H.B.: The creative crafts are a source of added value, especially in a world that increasingly turns towards technology and machines, within a dehumanised, depersonalised industrial culture.  Of course, this is very efficient, but that is not what the craftsman offers. We are in trades that inspire, that provide a human touch, deeply anchored in excellence. They allow us to create magical things that go beyond ourselves. Today, we are seeing a revitalised appreciation of the handcrafted, and a real awareness of this phenomenon. The public authorities and many of the Houses are bringing back this perception of handcrafts. They are setting up courses to train people. There is a real empathy, an excitement in this direction.

TLmag: You are personally famous for your corsetry, one of the most storied and controversial clothing items in history. In the 1800s, feminists burned corsets in protests, but men also have a long history of wearing corsets. In the modern era of gender fluidity, how do you view corsetry?

H.B.: Originally, the corset was a protective garment for men, especially in battle. A garment that protected and glorified masculinity. The corset was then adapted to the female body for very different reasons along the years. As a protector of virginity, or on the contrary to highlight femininity, erotic yet chaste. It depended on the moment. The corset is also a guardian of morality. You hold yourself differently when wearing a corset, compared to wearing a t-shirt and sneakers. Why not wear sneakers and a corset? I find that combination quite harmonious. But beyond the body line created by a corset, it produces a proud posture, a stiffness that corresponds with something strong. Today, wearing a corset is an act of profound liberty. No-one is forced into it, as they were till the beginning of the 20th century. People who wear a corset today make this decision themselves, it is a personal choice. And unlike the idea that the corset confines the body, it certainly doesn’t confine the mind. On the contrary, it is a claim to freedom, a claim to an identity. Showing what one is or how one wants to present oneself to the world.

This article was originally published in TLmag 32: Contemporary Applied. Get the full issue (physical and/or digital) here. 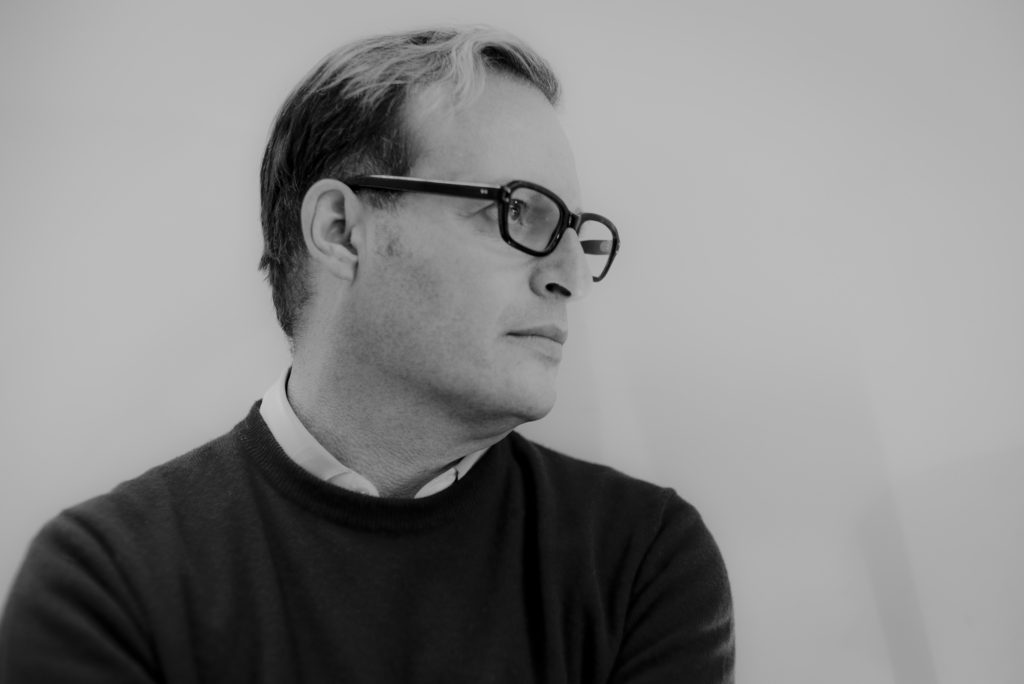 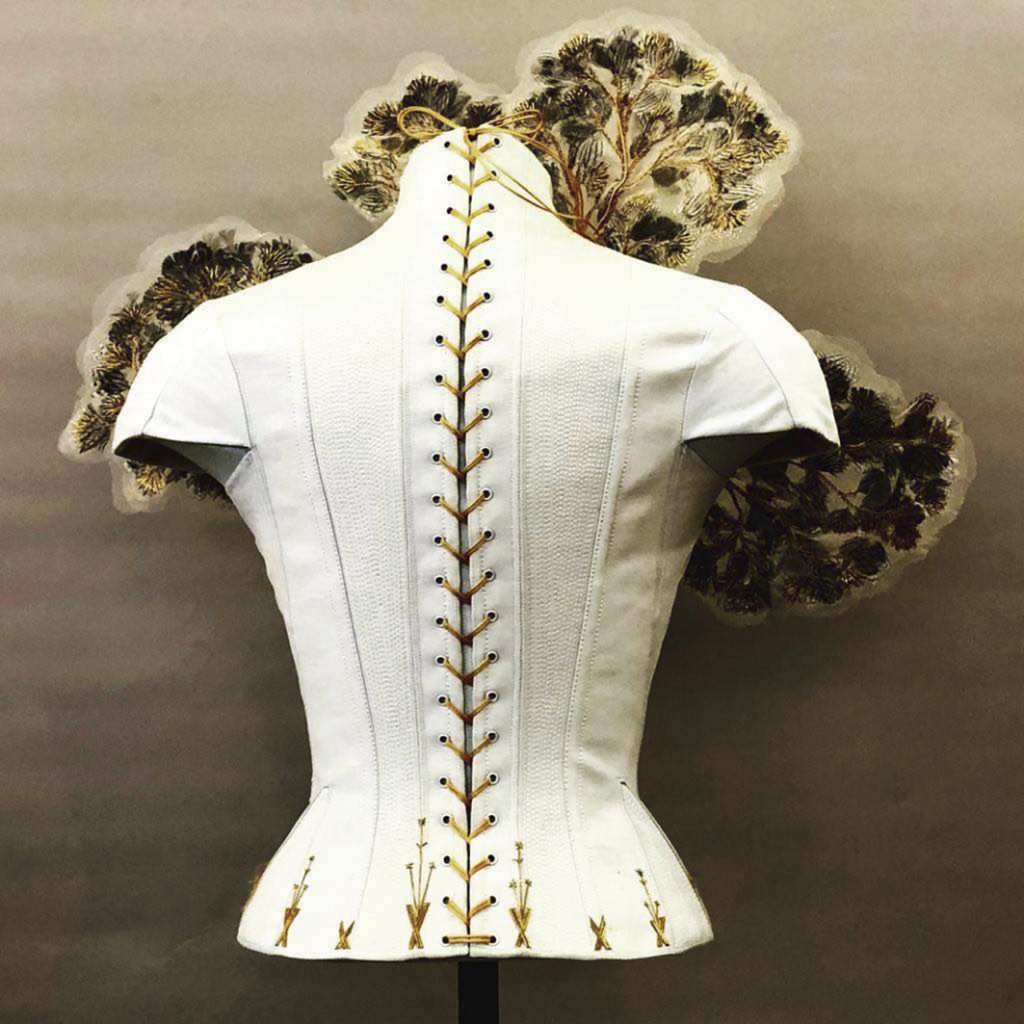 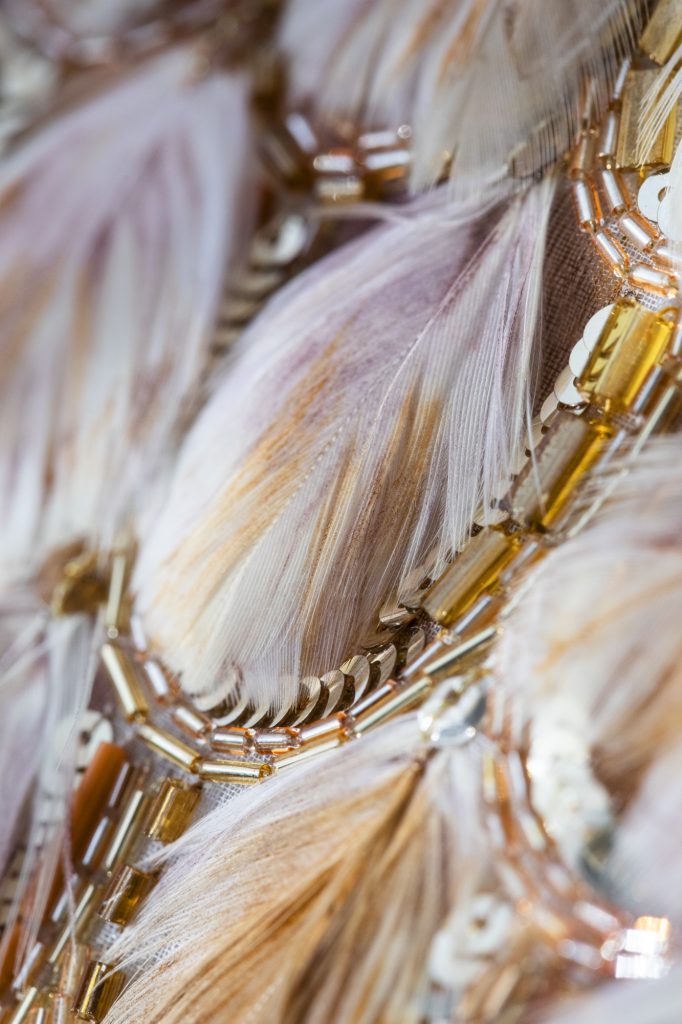 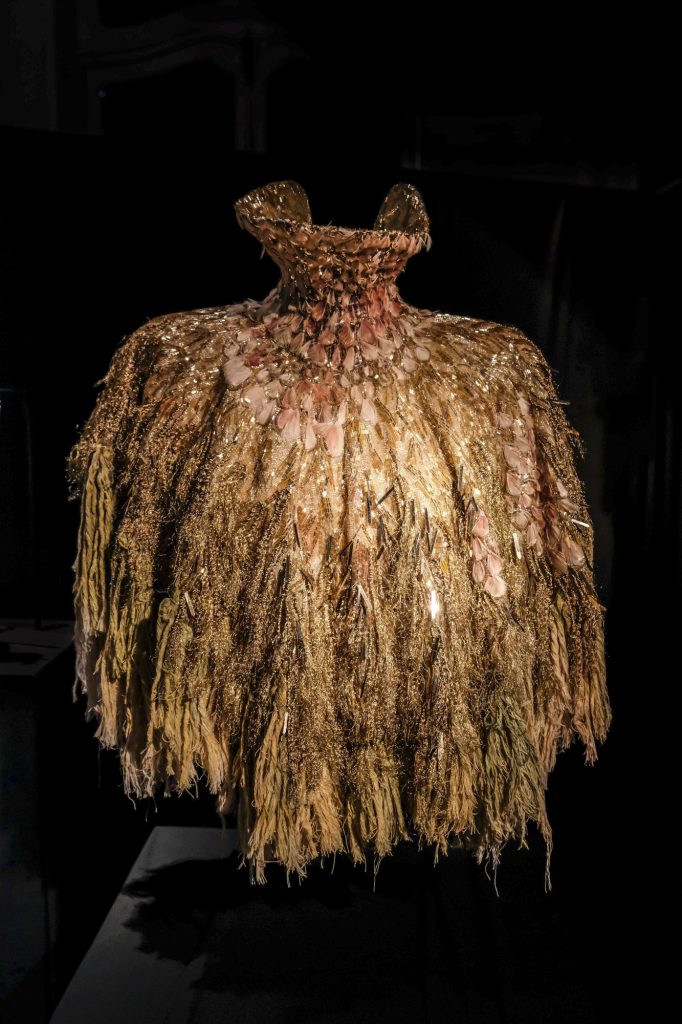 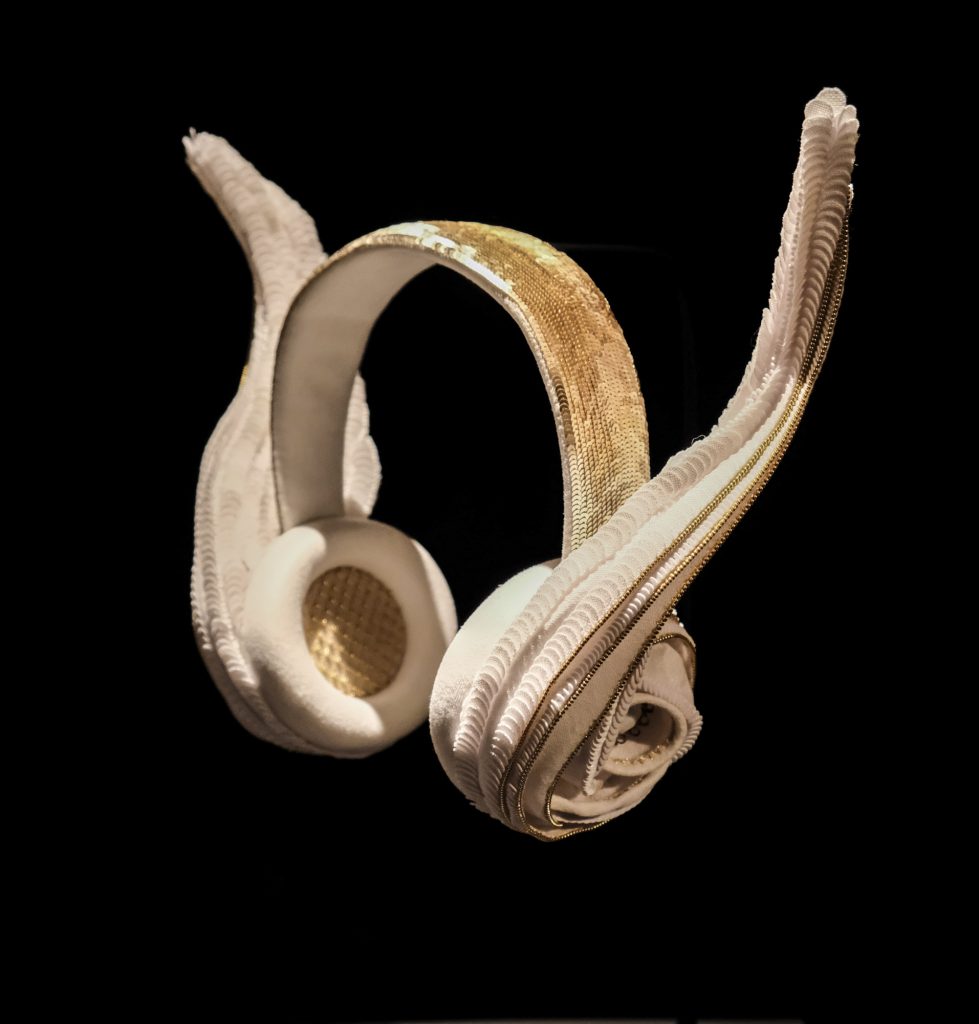 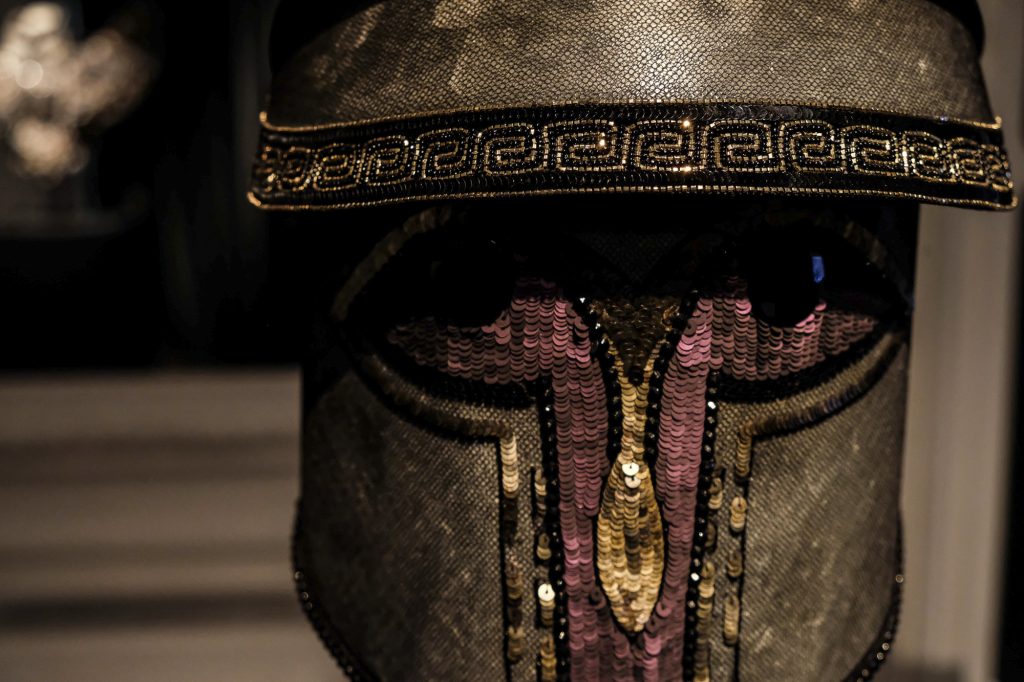 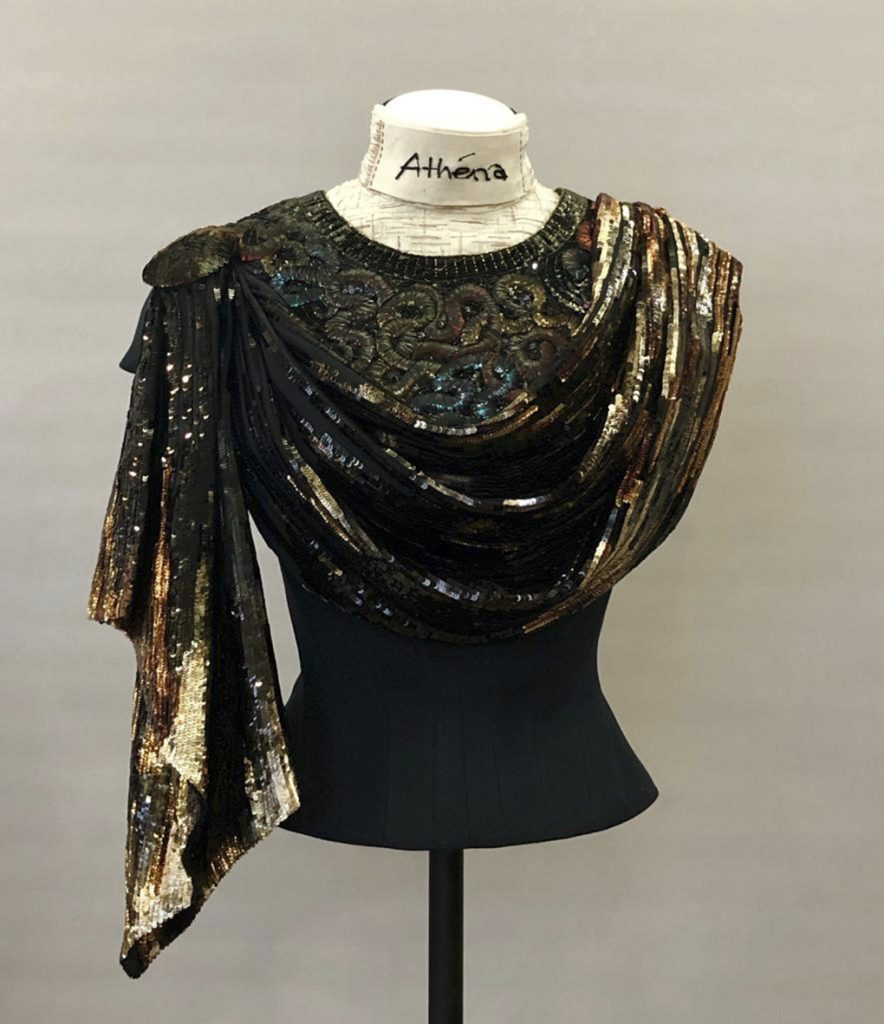 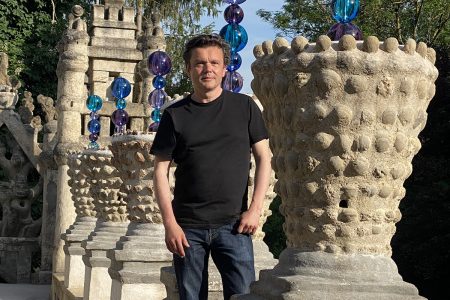 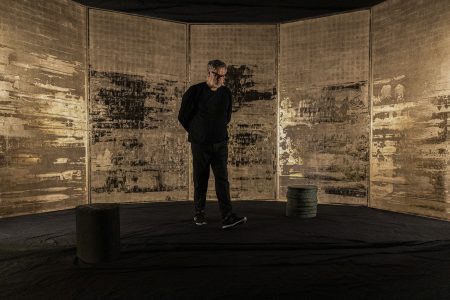