“It is like appropriating a new definition of ‘patience’ that better defines me. A patience that is about research, discovery and identity. A patience that I have found in myself, and a renouncing of the patience that others demand of me. A patience with a feminine execution.” ‘Research’ and ‘identity’ are the words that come up most often in the stories of Marialaura Irvine, who has been the heart, the head and the hands of Studio Irvine for the past eight years.

Let’s begin by tackling the hot topic, which is no longer as it was when I interviewed her six years ago, the decision to keep James Irvine’s family name for projects taken on by the studio Irvine now runs, for which there are reasons of expediency, custom, recognisability and a sense of duty, but also about how much she has allowed her own voice to reach the surface during that time. “The surface is a manifesto for me. Because it is the skin of things that speaks, as well as the material which takes a leading role, a soloist that intermixes and intertwines with the space. For me, this transition of intermixing, of embroidery in fact, between the part underneath and the part that is visible, which intermingle without any continuous solution, is a specific conquest, like the possibility of listening at a different level, multidimensional, material, and therefore often also decorative, a word that was banned from this studio.” For Irvine, bringing the theme of embroidery back to the surface almost signifies making a reverse descent through the layers. And emphasizing the theme of tradition, which along with the textile, the tactile and the three-dimensionality, is the fourth element in a new work on identity. “But be careful,” she specifies, “I’m not interested in talking about who I am, but about who you are; for example, a company, of which I am the artistic director. This means creating a recognisable language for you, putting it into service with its own aesthetic and personal research, so that you can be at the top. It can mean using a name and surname, as I had Matteo Brioni do for his company, or identifying a brand with a material, as with Forma&Cemento, so that when we think of cement in the house, in objects, their catalogue is the reference.” Imagining each project like an embroidery is thus connected to the theme of waiting – of patience, in fact – in the sense of welcoming the unexpected: the process begins, ‘must begin’, before there is a precise image of what it will become, but it must be sufficiently robust to be able to support all of the visions, even those that are conflicting, distant and new, and to return the result of an unexpected and extraordinary coexistence between different languages. “This happens because the joints become, contrariwise, conjunctions, even real seams; because the raw and imperfect, or the very expensive and refined handmade, becomes industrial, like the tile collections designed for Mosaico+, for example.”

This enables what Irvine defines as “material minimalism in which James’s language and my own not only coexist but disappear into each other.” Thus, one in the other, the matriarchal roots of Irvine’s meet and are enriched by successive stratifications: the trousseau embroidered in lace by her mother when she was only three years old “for when you get married”, the passion for Anni Albers that Irvine’s mother –a textile designer– shares with her daughter-in-law, and then the story woven by Marialaura Irvine that she began to narrate in a blanket that she has been sewing since 2008, when she was pregnant with her second child. Each cross-stitched knot defines a character in this articulated intrigue, that is composed and recomposed as the family story grows and changes. In observing these crossings, three aspects strike us, which perhaps summarise well the approach that has been matured by experience on surfaces. The first is that the designer gives the impression of directing the story from the outside, as if the author’s ego was erased to enable a collective memory to emerge, as in a Natalia Ginzburg novel, where the author gives everyone a voice. The second, which appears contradictory but is in fact deeply concordant, is that this very feminine operation of connection is combined – as if by magic – with a mathematical, masculine and geometric language of pixel art, to somehow achieve a warm result.

And finally, by observing the drawings on her blanket, the original concept from which we started returns, that of patience, which no longer has anything to do with the “ethereal-request” of awaiting your moment, with Penelope’s work as she awaits his return, but rather with the capacity to welcome what will come and to find a space for it in a new embroidery, which has become synonymous with design. Irvine concludes by recounting her old new adventure with the carpet theme: “I don’t need to start from a grid that is too rigid or defined. I just need a base, a sketch, an idea. It is the same whether I am working on a carpet or a chair. I move forward, engaging in fearless dialogue with what the project suggests to me.” Like a freedom of action which is not a premise, but a conquest.

This article was featured in our S/S 2021 issue: TLmag35: Tactile/Textile/Texture. 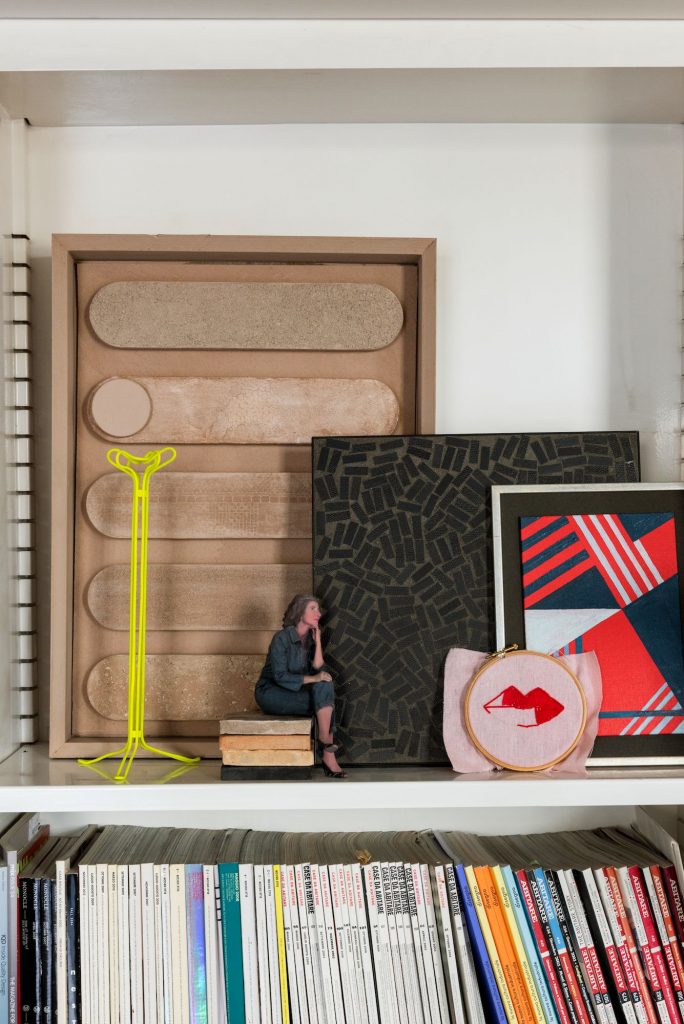 Detail of Stratigrafia frame for Matteo Brioni and P-saico tile for Mosaico+. Photo by Nathalie Karg 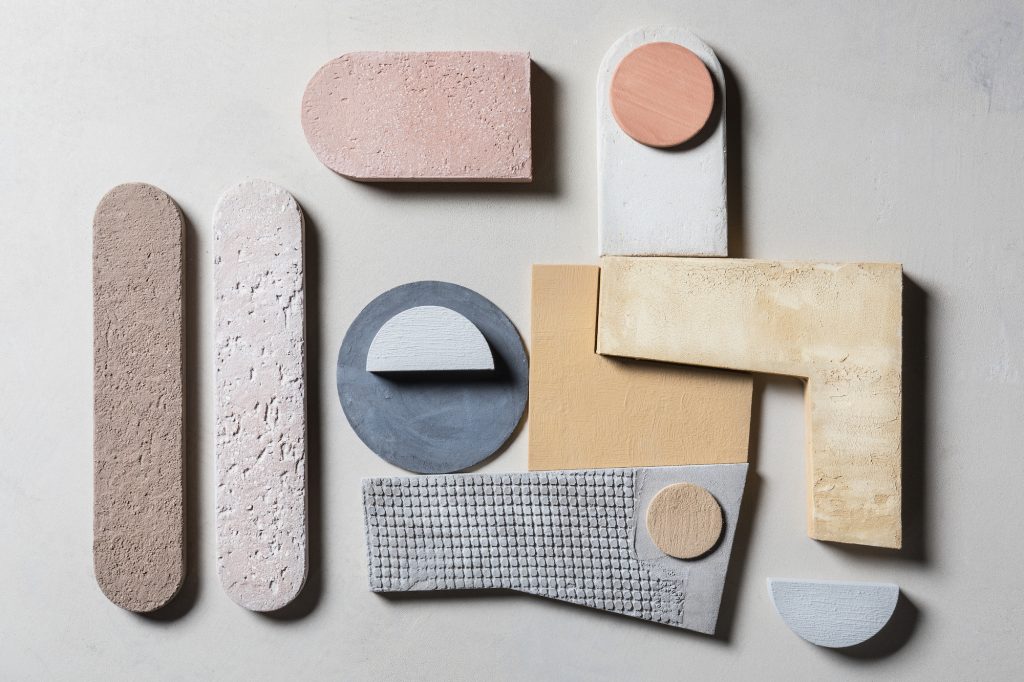 Marialaura Rossiello has been art directing the company of natural finishes Matteo Brioni since 2012. Here Stratigrafia frame made of clay, courtesy Matteo Brioni 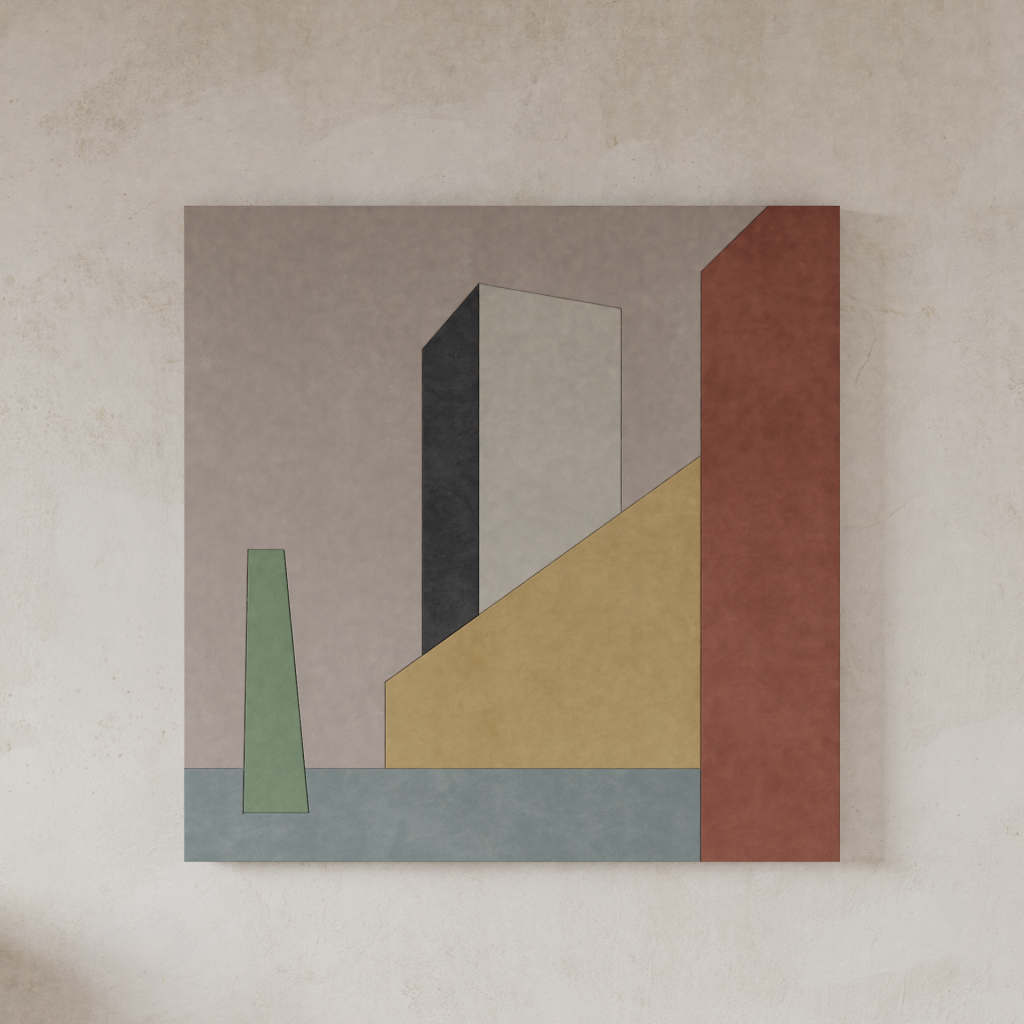 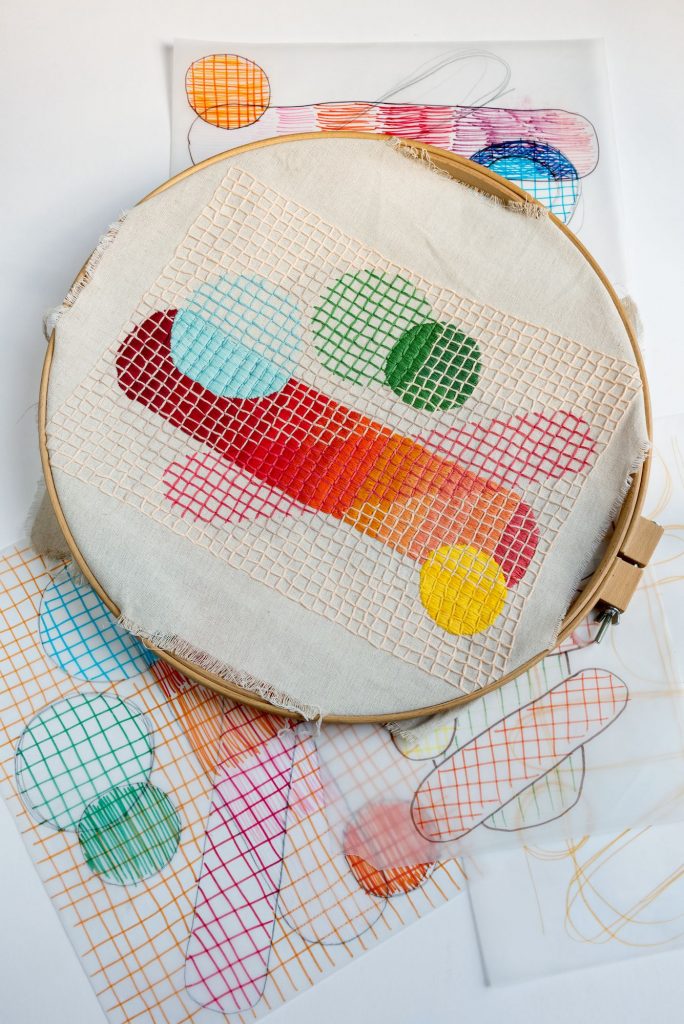 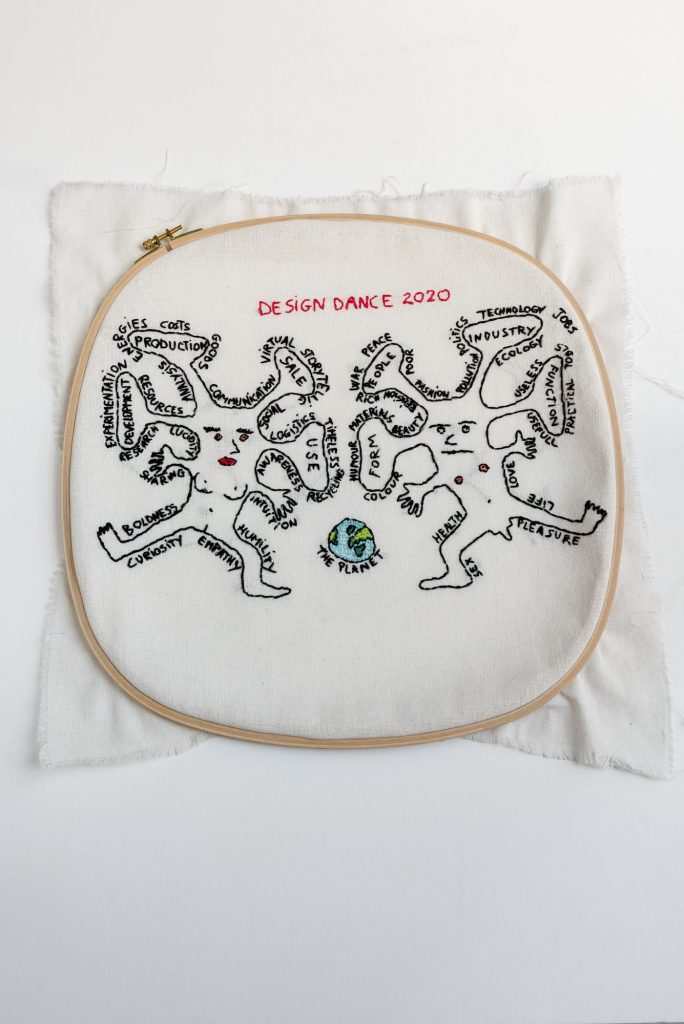 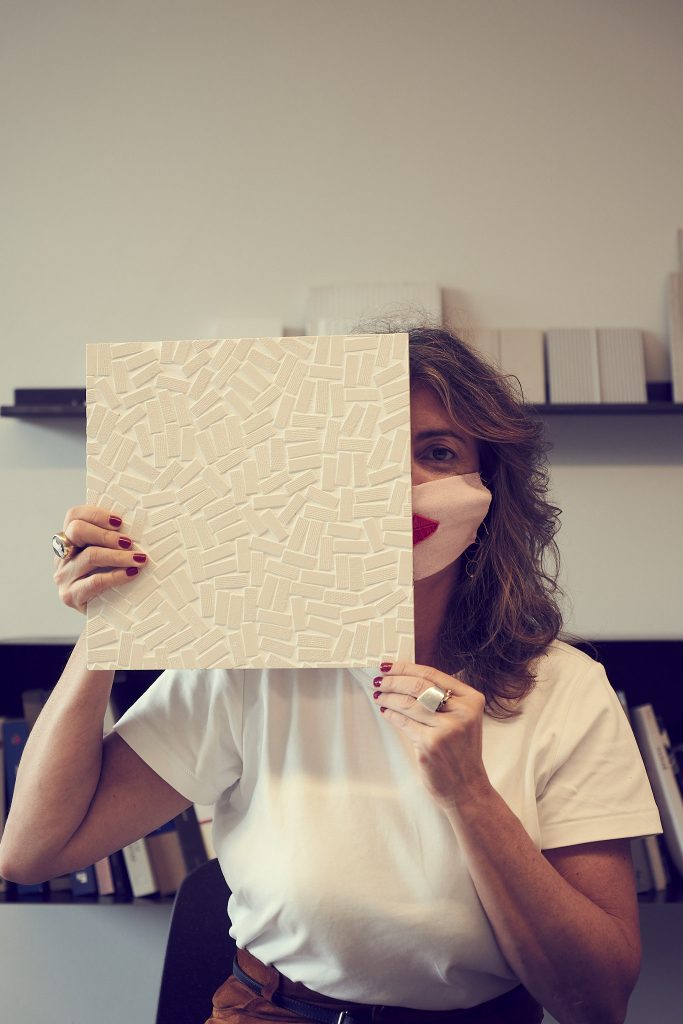 Marialaura Rossiello with P-saico tile for Mosaico+, courtesy Mosaico+
‹ Back