TLmag spoke to the Pompidou’s chief curator of design and industrial forecasting, Marie-Ange Brayer, about the incredible organisation.

The Centre Pompidou is celebrating its 40th birthday. The past four decades have seen the museum take its place as one of the foremost French cultural institutions, spreading its vision of culture and creative practices in art, architecture and design. First and foremost, the Centre Pompidou is a building. Considered a futuristic, innovative structure when it was unveiled, the museum has now cemented its place in architectural history. The Centre Pompidou is also a collection, one with close to 120,000 works of art, architecture and design. They have been featured in hundreds of exhibitions that have shaped the international arts scene and attracted millions of visitors. Yet the Centre Pompidou has a largely invisible side as well. Close to 1,000 people bring their passion, thoughts, research and inventions to their work at the museum. They carry on the mission of their predecessors and hand down the torch to the next generation. TLmag goes behind the scenes at the Centre Pompidou to speak with Marie-Ange Brayer, Chief Curator of Design and Industrial Forecasting, about the incredible organisation behind the past, present and future of the museum.

Marie-Ange Brayer: I work under the direction of Bernard Blistène, Director of the National Museum of Modern Art at the Centre Pompidou, and Frédéric Migayrou, Deputy Director of Industrial Design. I am tasked with expanding the design collection and organising exhibitions, publications, conferences and meetings around the collection. It is the history of the Centre Pompidou that makes the museum’s collections unique. The collection of the Industrial Design Centre (CCI) was created in 1992 when the National Museum of Modern Art and the CCI merged. The CCI was created in 1969 with the goal of bringing design and industrial concerns together through the sociological examination of customs, innovation and the ways that industry impacts art. The first CCI exhibition, organised in 1969, was entitled, “What is design?” Young designers such as Verner Panton, Charles Eames, Roger Tallon and Joe Colombo were part of this very forward-looking exhibition. Another thing that makes the design collection unique is its inclusion of prominent modern works from the 1920s and 1930s, including rare pieces by Jean Prouvé, Charlotte Perriand, Le Corbusier, Robert Mallet-Stevens and Eileen Gray. These works gave structure to the collection, which covers the period between 1905 and the present. We decided to include many drawings and prototypes in the collection because of designers’ close relationship with the research process and their specific creative language. The design collection is probably the best showcase for the Centre Pompidou’s multidisciplinary approach, which is a key part of its identity. That is because design can serve as a bridge to architecture, the fine arts, science and industrial concerns. Both Bernard Blistène and museum president Serge Lasvignes are committed to renewing the museum’s industrial forecasting efforts and its multidisciplinary approach.

TLmag: Between your position at the FRAC Centre, your creation of the ArchiLab, your position at the Centre Pompidou and your PhD work on architectural models, there hasn’t been a single false note in your career path. Can you tell me what motivated you to take this very specific path? It’s a career path that didn’t exist when you started out and now you are in the heart of the action. When it comes to new design trends, you are even one step ahead of the game.

M.A.B.: After working as deputy curator at the Palais des Beaux-Arts de Bruxelles, now known as BOZAR, I completed an art history residency at the Villa Médicis where I studied the role of cartography in contemporary art. In the 1990s, I worked as the editor of the multidisciplinary aesthetics and contemporary art review “Exposé”, which brings philosophy, art, theatre, architecture and design into conversation. At FRAC Centre, I developed a collection around the idea of experimental architecture, an aesthetic field that combines art and architecture. The design side of this collection became the site of experimentation “par excellence”. It served as a bridge between art and architecture for architects such as Andrea Branzi, SuperStudio, Gianni Pettena, Ettore Sottsass and Alessandro Mendini. For architects exploring the potential of digital architecture, design objects have once again replaced architectural models as experimental objects that operate on a 1:1 scale.

TLmag: Experimental architects like Yona Friedman and Claude Parent were long seen as utopian and were thus ignored. Yet they have been able to create very concrete links between design, art and architecture. Do you think that is the reason why you developed an interest in their work before practically anyone else did?

M.A.B.: In the 1960s, many architects were very active in both the political and social spheres. They wanted to change society. Recently, I was able to show their work in the Centre Pompidou exhibition, A Poor Art. Several of the exhibition rooms were dedicated to Global Tools, the short-lived Italian movement from the early 1970s. It was clear that artists, architects and designers all shared the same anti-establishment attitude, called for community “actions” and used “poor” tools to confront reality. Andrea Branzi, Alessandro Mendini, Ugo La Pietra and Ettore Sottsass were all part of this same highly anthropological and critical movement.

TLmag: Today, we are far from the enthusiasm of the 1960s and 1970s. Who on the current-day scene do you think has taken on the mantle of this quest to change the world? How do you find overlap between the interests of the artists with the greatest freedom and those of the museum?

M.A.B.: The museum is not something set in stone. We all help it to evolve. For example, I recently added works by Riccardo Dalisi to the collection. Dalisi defended a participatory, collective approach to design in the 1960s in Italy. Currently, one room of the museum is dedicated to a Marcel Wanders donation. Since the 1990s, Wanders has been working in the area of design where the boundaries between design, the fine arts and cinema blur together, creating narrative and conceptual space there. In another room, there is a Junya Ishigami installation in which architecture and design both aspire to a state of dematerialisation. In Ishigami’s installation, both practices aim to link the smallest of scales, that of the model or the project, to the largest of scales, that of architecture or the cosmos. Under the leadership of Serge Lasvignes, the Centre Pompidou will be launching a new annual event this spring together with the Institute for Research and Coordination in Acoustics/Music (IRCAM). It’s called Mutations-Créations. In March 2017 the exhibition “Imprimer le monde” (Print the World) will bring together roughly 40 young artists, designers, architects and researchers working on the formal changes brought about by new digital technologies such as 3D printing. The museum will also be breaking new ground by commissioning work from young designers. Another exhibition will be dedicated to the designer Ross Lovegrove, who works at the crossroads between nature and computation and between design and biology. Our president is also spearheading an effort to open a new school at the Centre Pompidou in September 2017. The goal is to share the museum’s wealth of resources and knowledge while avoiding the pitfalls of academic instruction.

TLmag: Do you feel that the Centre Pompidou has allowed you to pursue your own professional interests more than other institutions might have done?

M.A.B.: One glance at the Centre Pompidou building is enough to realise that this museum is a utopian dream come to life. The architecture by Renzo Piano and Richard Rogers embodies the utopian vision of a total work of art that brings together all of the artistic disciplines. Nowhere but the Centre Pompidou provides the opportunity to work in the heart of this utopia, this expression of creation in all of its forms. 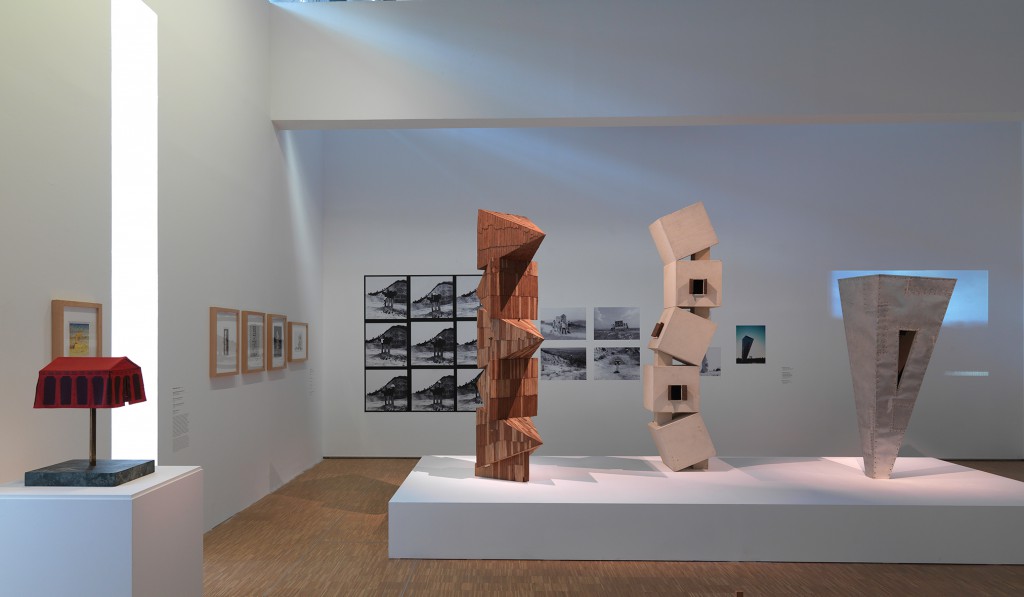 The astonishing work of Michele De Lucchi, halfway between architectural models and design pieces. Presented in the exhibition “Un art pauvre – Architecture et design”, at the Centre Pompidou in 2016 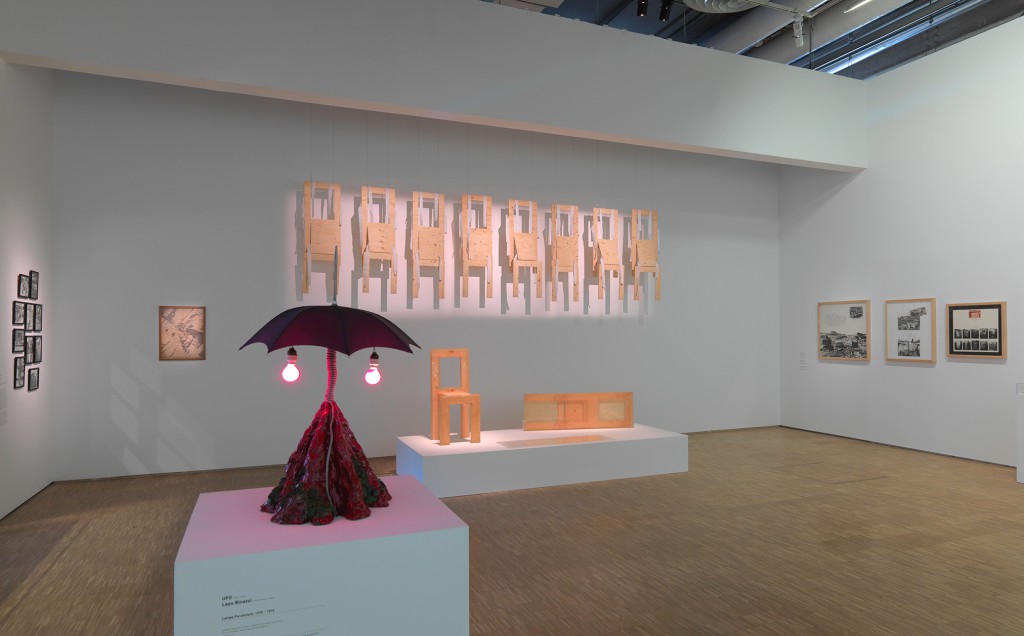 The exhibition “Un art pauvre – Architecture et design”, at the Centre Pompidou in 2016 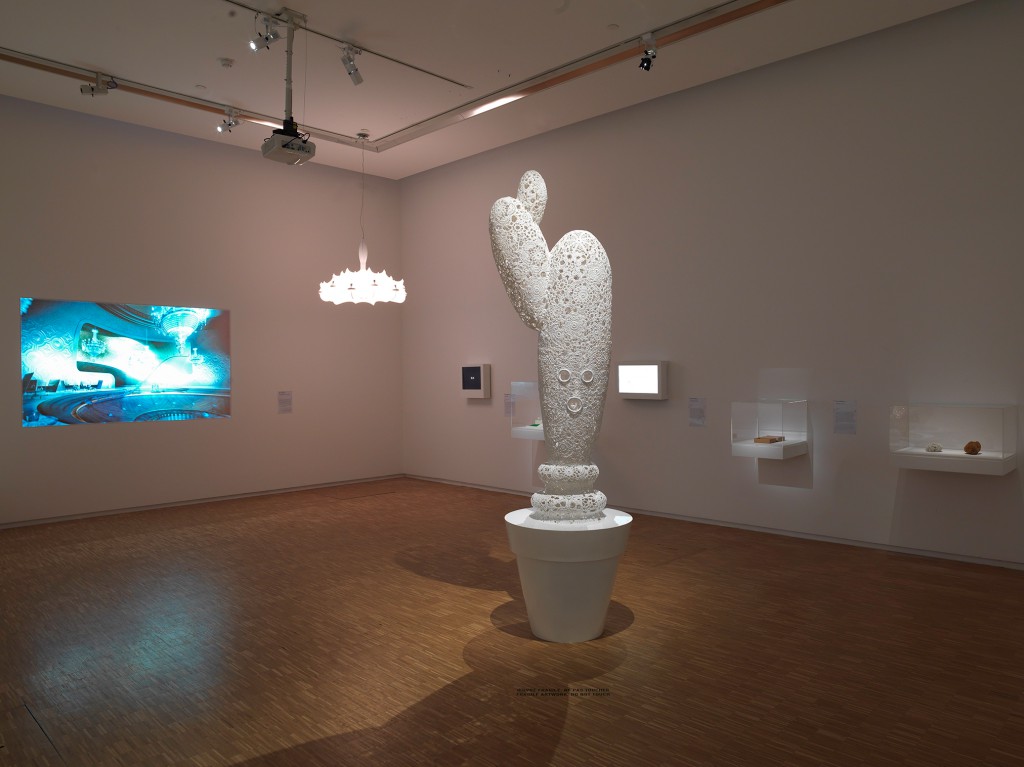 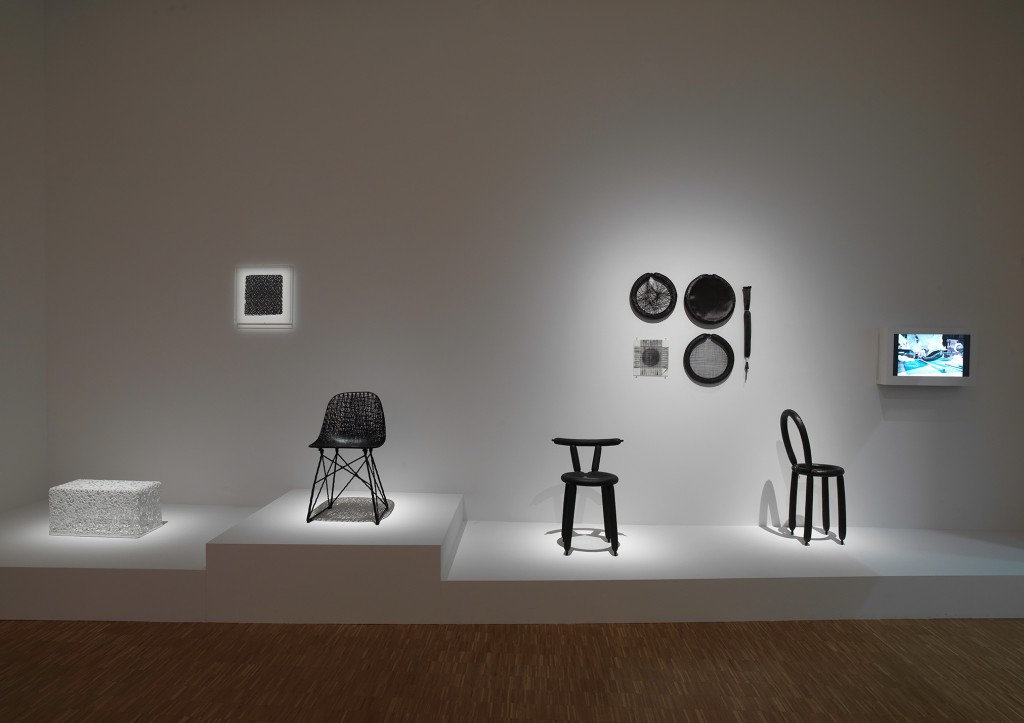 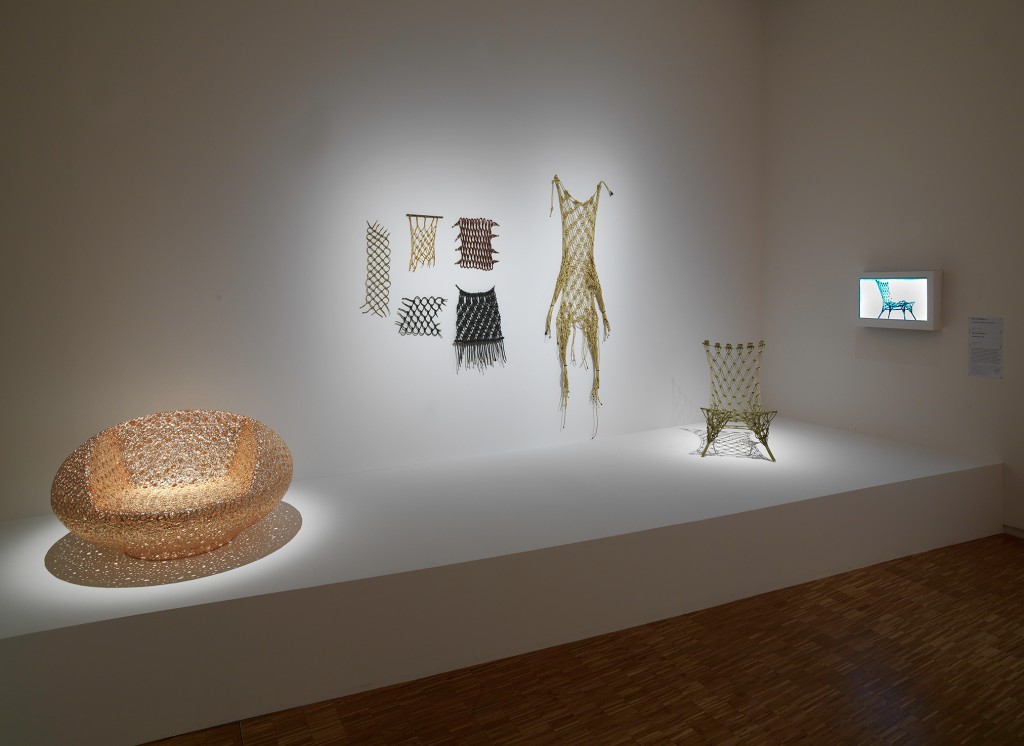 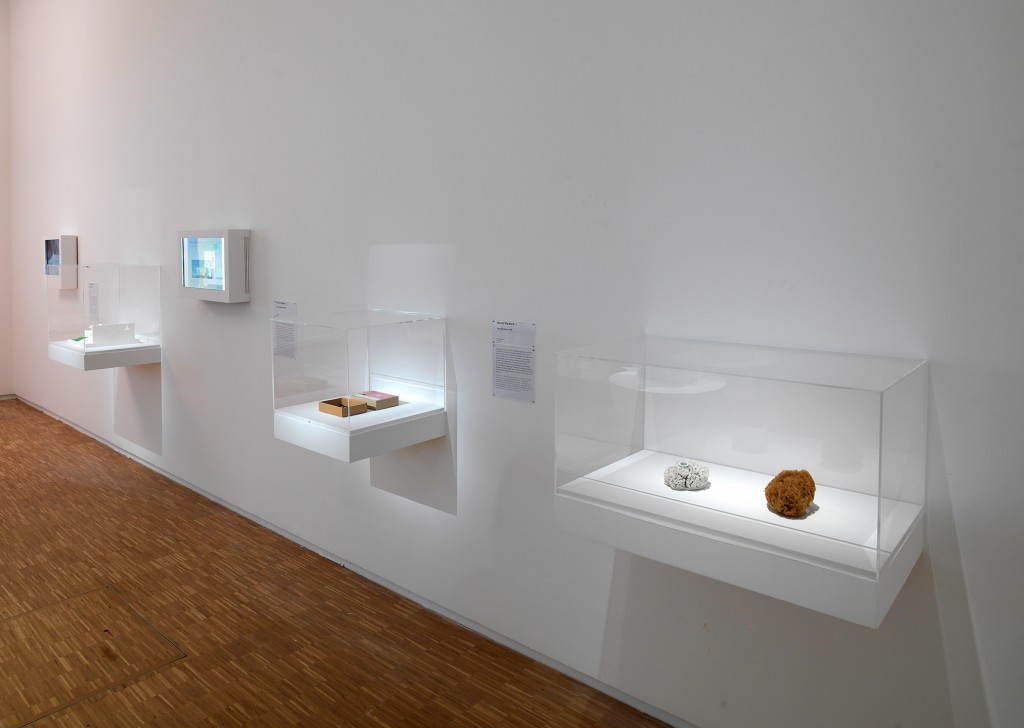 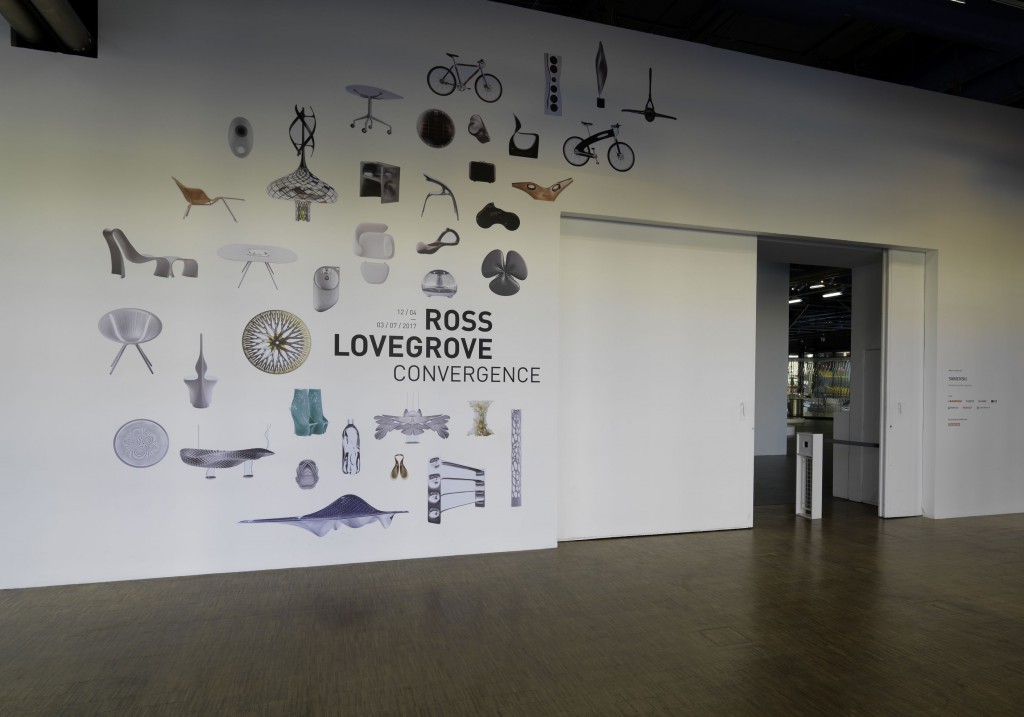 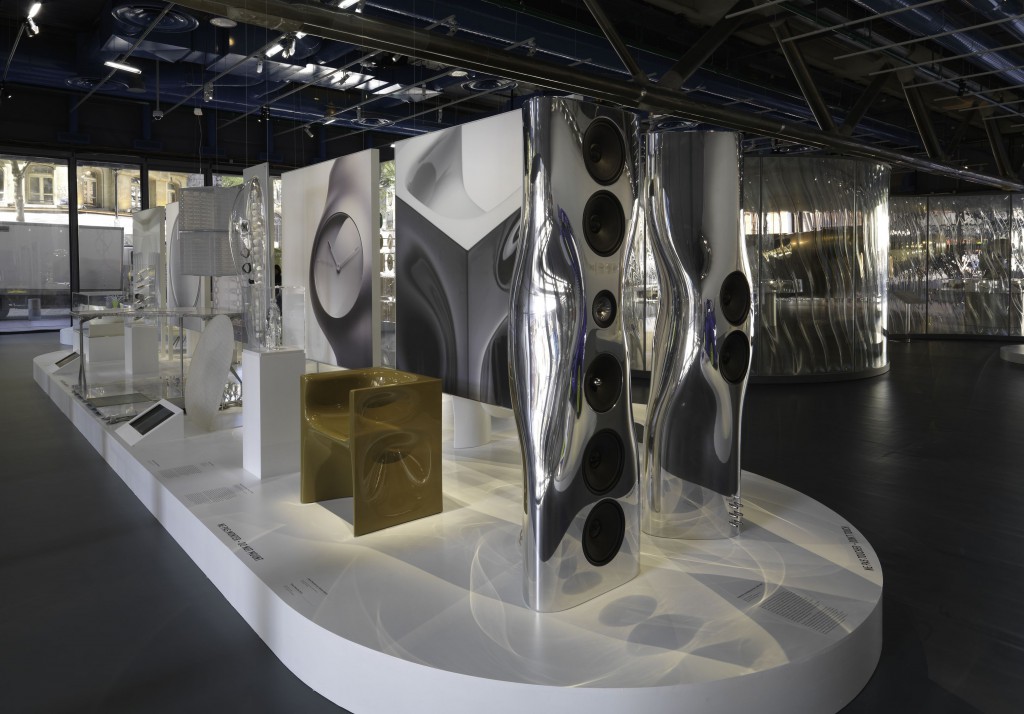 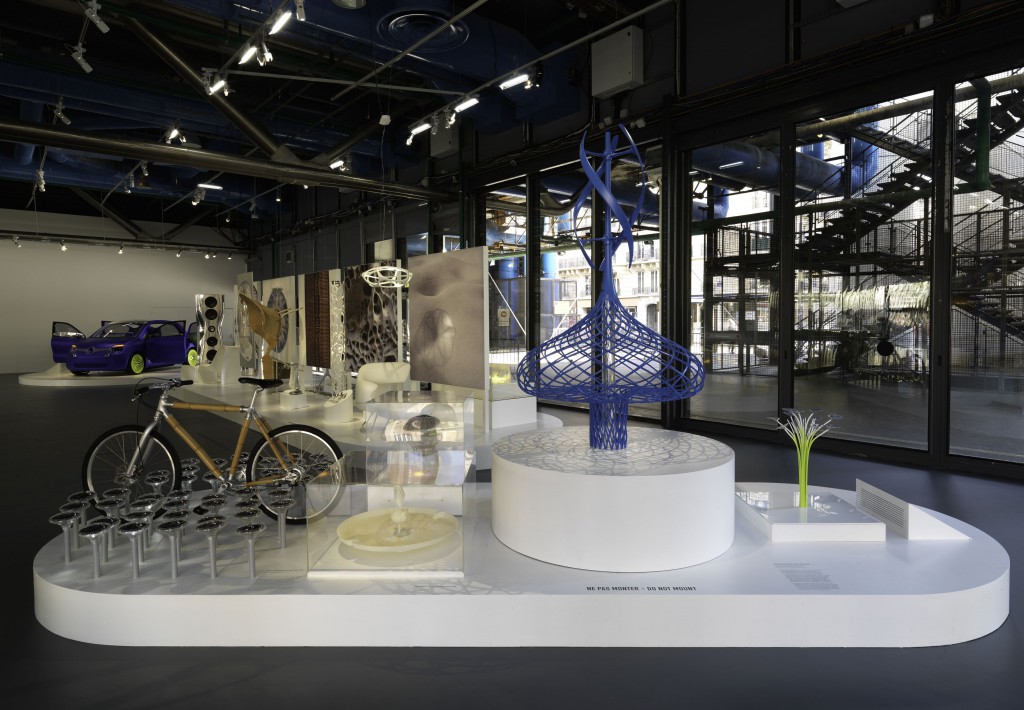 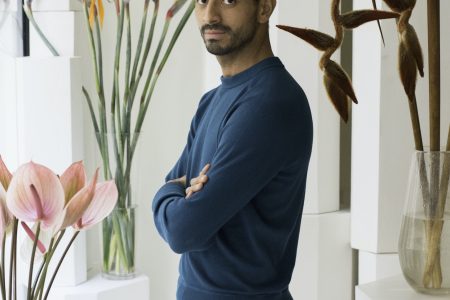 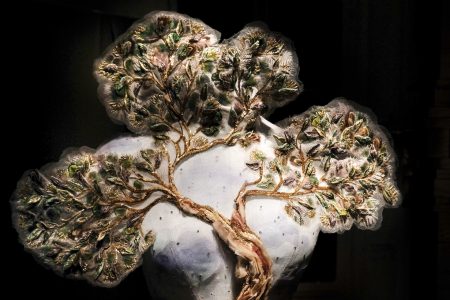