In a former cardboard and bottling plant in the heart of Amsterdam’s 19th-century industrial area, Studio Buro Belén are examining the notion of experienced physicality through tantalizingly tactile works. Their exhibition, Soft Borders is hosted at the nonprofit center for art, design and architecture Looiersgracht 60. The exhibition combines the material designers’ past work alongside new site-specific installations and pieces. The works are displayed in an associative order rather than chronologically or thematically inviting the audience to make associations and, in doing so, dissolving hierarchies of materials, colors and disciplines, hence the name – Soft Borders.

The exhibition’s title is also derived from the often textile based practice of Brecht Duijf and Lenneke Langenhuijsen who make up Studio Buro Belén. This can be seen in the hanging ‘walls’ of the exhibition which are made from wool, flax, wood, linen, biopolymers and cotton. The ‘walls’ gently divide the space but also allow for interaction. One wall brings to mind hair that has been cut from the locks of a blond giant. This flax wall entices visitors to walk through its shagginess. Another piece that falls into this soft textile category is a tufted chair that playfully camouflages with the brick and cement wall behind it.

However, their practice is by no means limited to ‘soft’ materials but rather emerges from a simple feeling of affinity towards a material based on its ethics of production and its sensory quality. After a material is selected the two Amsterdam-based designers pursue a rigorous investigation that merges craftsmanship with scientific discoveries in order to transform materials into unique products with a distinctive visual language.

Vitrines for Thought combines philosophy and design with two display cases created especially for Soft Borders. One vitrine is black, hiding its secrets while the other is transparent but made in such a way that it reflects, refracts and distorts the objects inside creating an ever-shifting object display based on the viewer’s position. Their SUN+ Sunglasses series, which is a range of sunglasses that match the skin tone of the wearer, again plays with themes of camouflage but also addresses the lack of variety in sun care products.

Woven into the duo’s exhibition, another layer of their practice is revealed. In the basement, documentation such as research notes, materials, prototypes, sketches, and samples are shown. The curators of the exhibition Soraya Notoadikusumo and Nadine Snijders, who are the founders of Looiersgracht 60, have grouped these into six key themes. The archive of ideas creates a deeper picture of the importance on the design process for Studio Buro Belén.

An added extra to this exhibition is a pop-up bookshop which provides a literary context for those who’d like to delve into more soft borders. This is the 7th temporary bookshop in the art and design centre. The titles on offer range between art, design and philosophy as well as texts by several teachers who have inspired the material designers.

In a world that is increasingly hard, digital and defensive, visitors to Soft Borders can, once again, relish in the physical, the tactile and the playful. 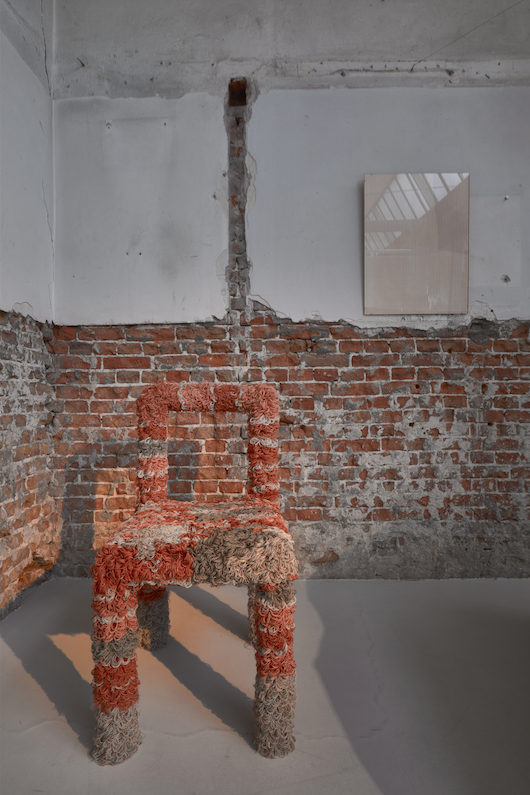 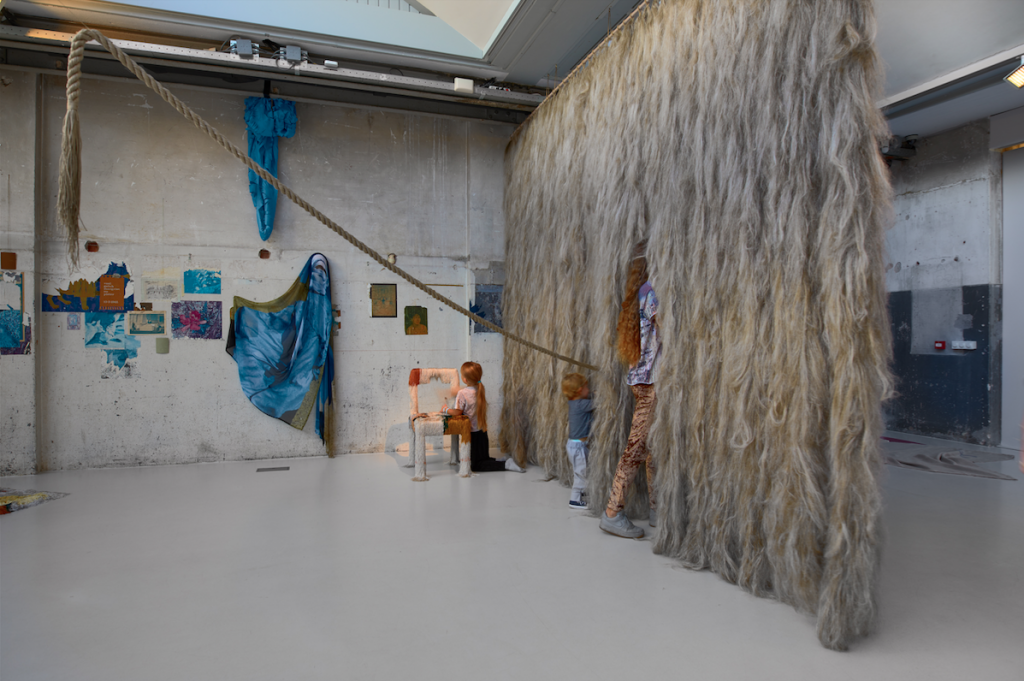 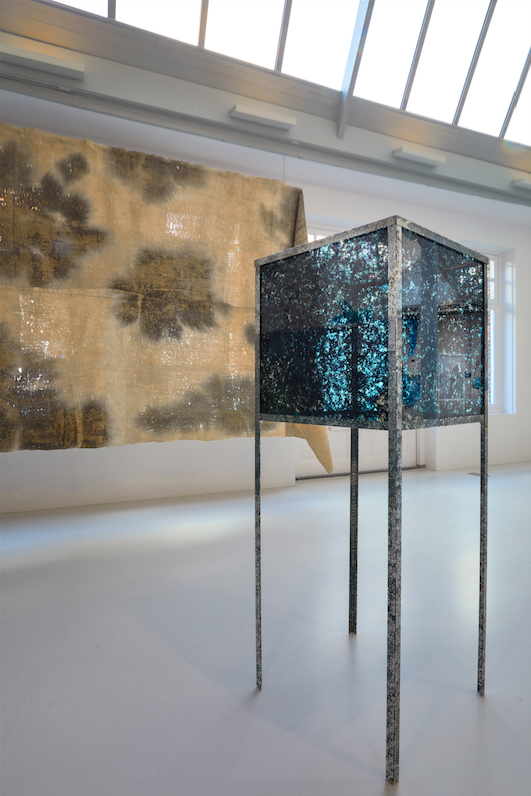 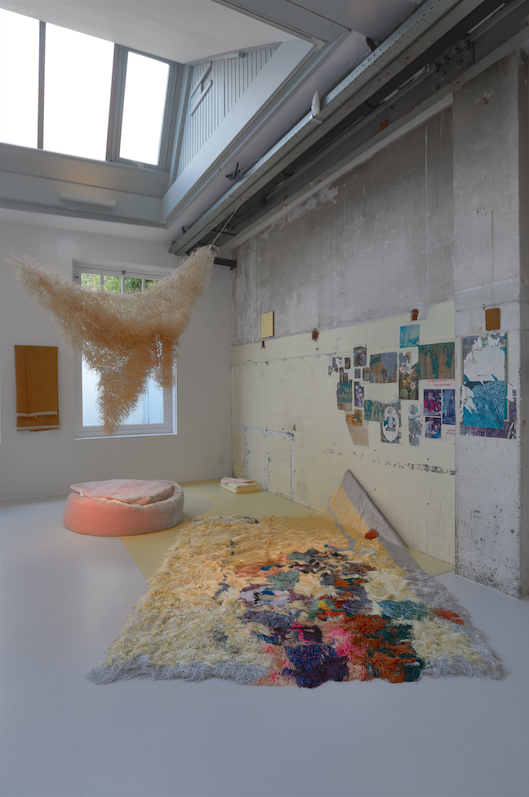 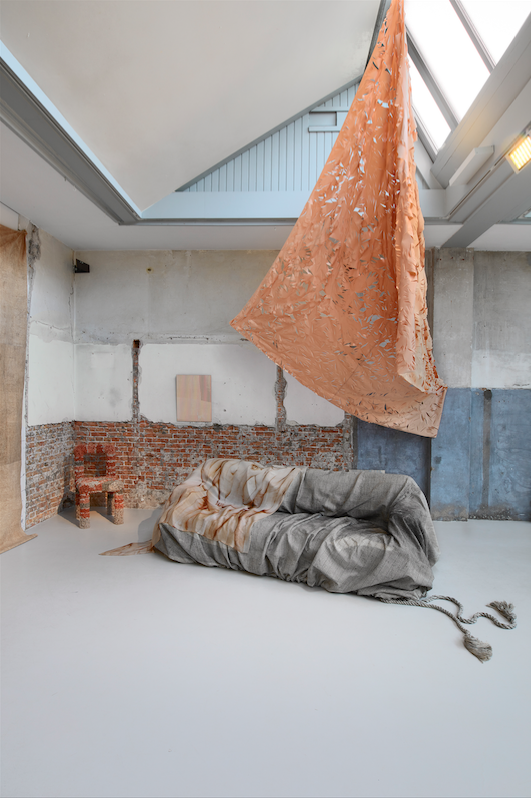