Moneo Brock Has a Box for Your Soul

The Madrid-based studio presented Soulbox, the latest piece in their methacrylate-based collection of objects

So far, the team at the architecture and design studio Moneo Brock have turned methacrylate into a shelving unit called Chromodular, a folding screen named Plexijazz, the Ribbin Rocker rocking chair and the Circuitree lamp. While they do love their plastic and their puns, the latest piece in their collection, the captivatingly iridescent Soulbox, came from a more poetic approach.

“It’s an altar, a source of light, an object with its own personality,” said studio co-founder Belén Moneo, which explains the object’s moniker. “It’s a treasure chest where we can save relics, objects with a specific emotional value, a place to display intimate pieces. But [at the same time], it doesn’t need any sort of material content to justify it’s raison d’être. It can be empty and still fill the room with the colour of its materials, its reflections and the light it produces.”

The spectral light comes from the LED strips concealed in the cabinet’s back, which then travels through the multicoloured acrylic glass plates and layers of iridescent vinyl.

The backlit display cabinet was presented during this year’s Madrid Design Festival. The pieces were also fully produced in the city, where the challenge of the material’s wide versatility was met with a process that combined plastic tech —from thermoforming to CNC cutting— with artisanal skills. The end result feels like a beautifully condensed extension of the studio’s TEC 205 home in Monterrey —an homage to Luis Barragán’s chromatic tendencies— and the underwater-like qualities of their playful Café de La Reina in Zaragoza. 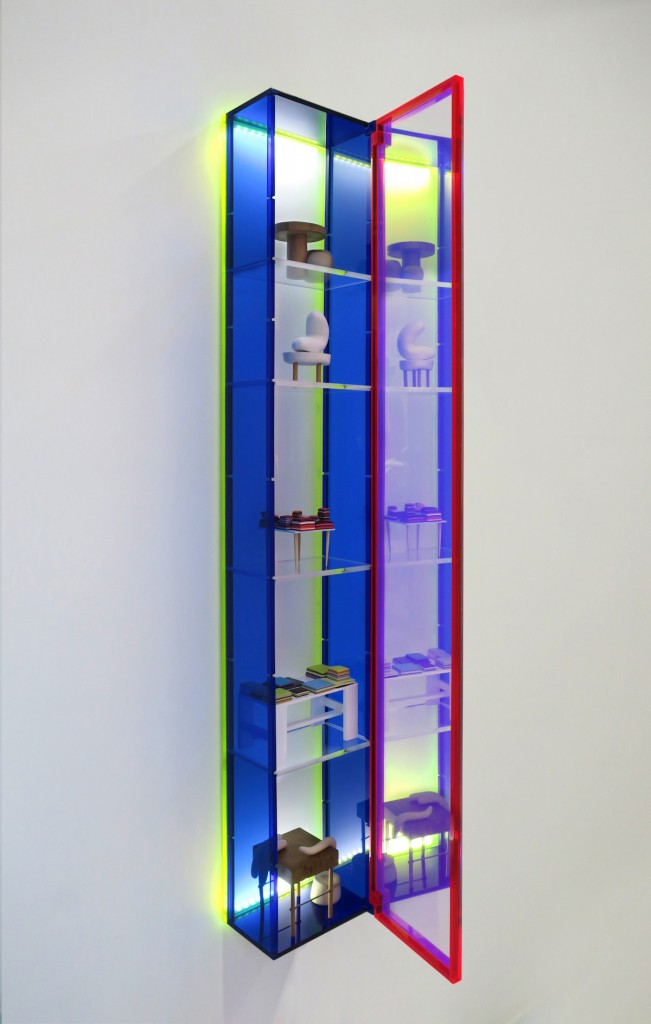 SOULBOX
The team used the highly resistant and practically invisible material to play with colours at will. 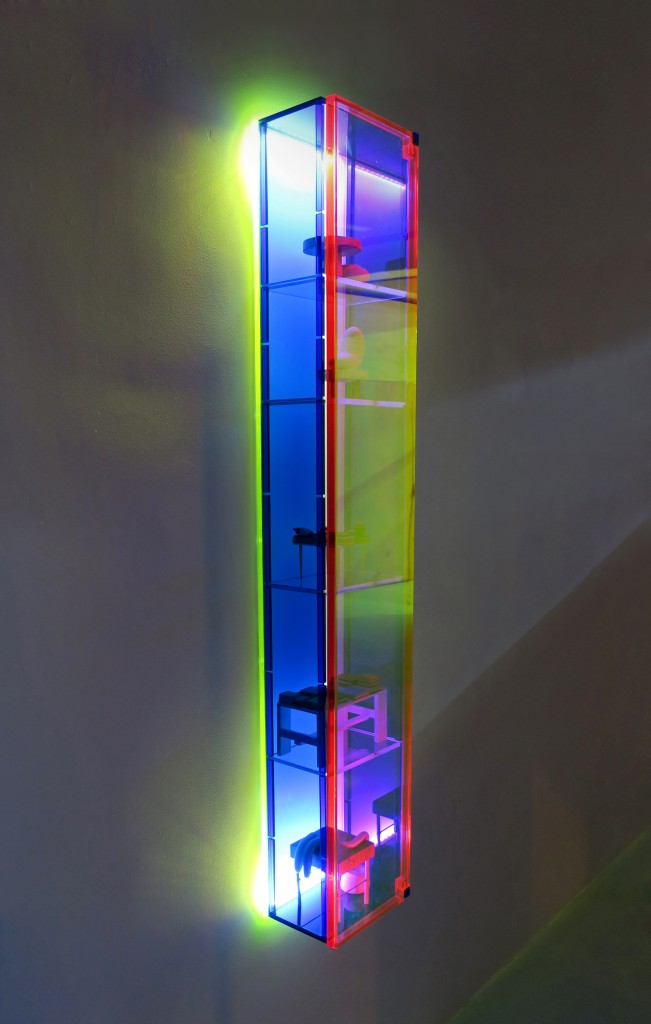 SOULBOX
Thanks to a set of LED lights in the back, it does look like a box for souls 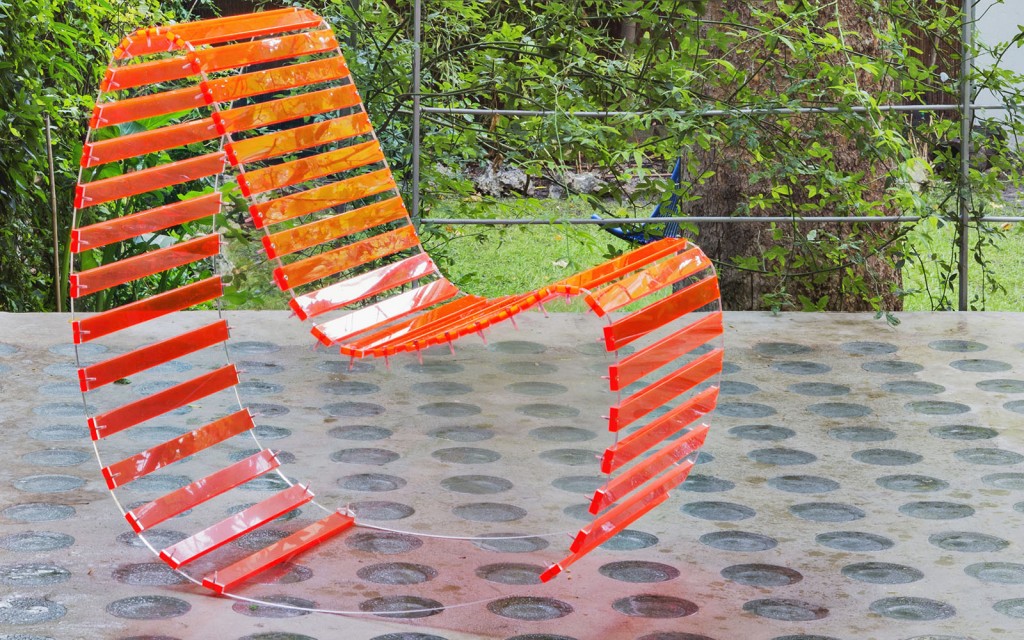 RIBBIN ROCKER
Released in 2000, the rocking chair was one of the team's first ventures into the material 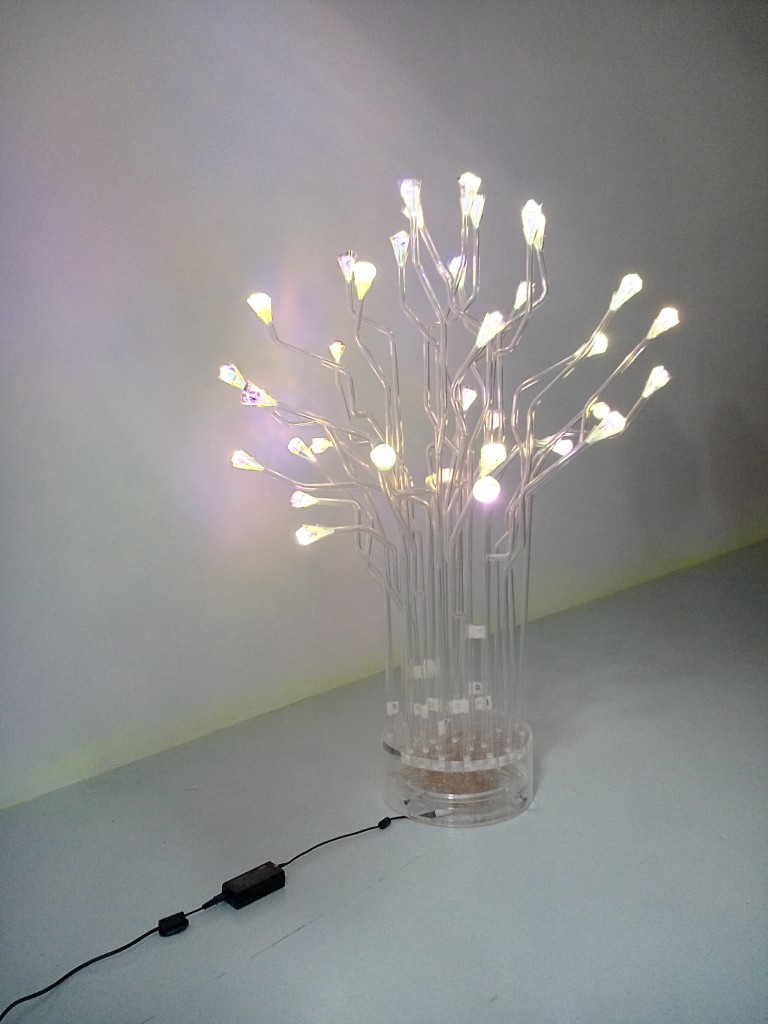 CIRCUITREE
The previous item in the series, released in 2015, was also an exercise in LED integration 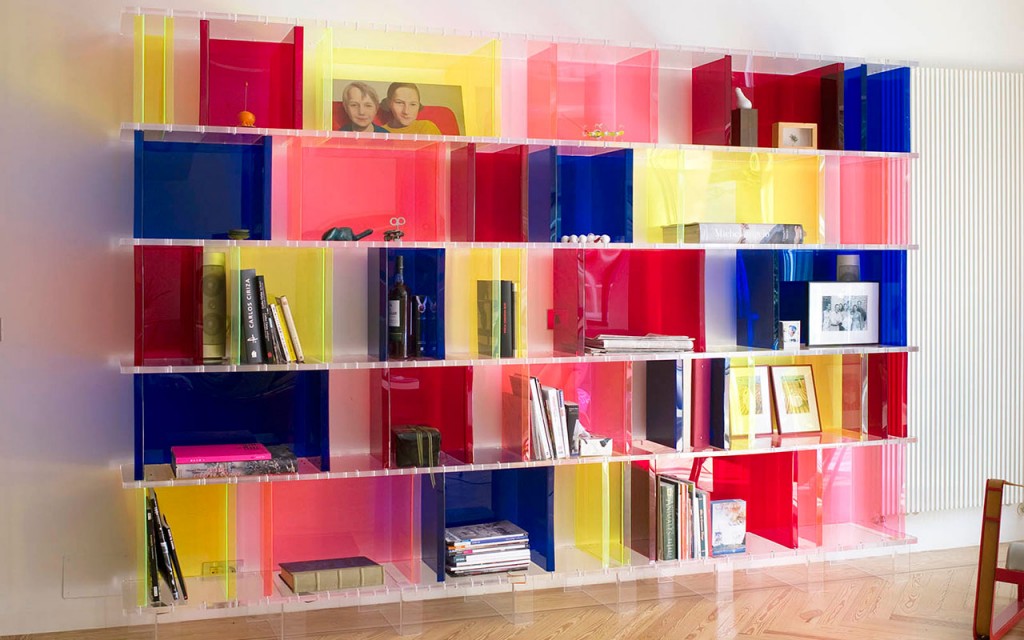 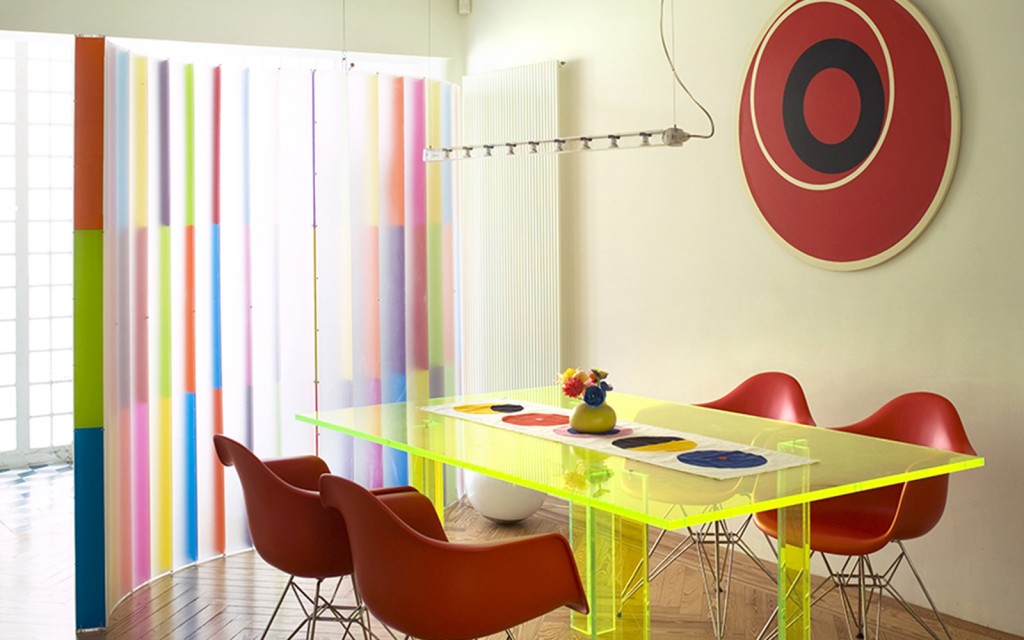 PLEXIJAZZ
Beyond its set function, this screen was meant to directly interact with daylight
‹ Back