Greek artist Athina Ioannou maximizes and reinterprets painting through minimal and economic means. Her sensuous ‘abstract’ painting – what she refers to as ‘plus-painting’ – arises from the ‘intensification’ of ready-made carriers through the patient all-over saturation of her work with linseed oil.

Creating canvases that lose their original colour, Athina’s works become transparent and play freely with the light as well as the mostly white colour of the underlying, supporting wall. Athina Ioannou sacralises the banal; she transforms her ready-made textiles into profound art, and brings this about through a wide variety of formal applications. Her work is space-sensitive; animated by the changing, existing light that takes hold of the colour, which is then altered and made unique with every change of the light’s intensity. This solo exhibition presents a sampling of her artistic practice. Canvasses are hung next to one another at a short distance from the wall and let the light swirl across their surfaces saturated with linseed oil – works that also immediately bring to mind recent paintings from artists such as Palermo and Günther Förg. What is nice is that one can literally look through the work; nothing is hidden or masked – the art, here, presents itself as disarmingly transparent as an intriguing X-ray photo. Small irregular elements of materials such as felt and other fabrics – fully saturated with linseed oil – are pinned to the wall. A large number of these beautiful fragments are brought together in an intuitively composed constellation that will, as such, always look different in other installations at other places in the future. The gouaches function as architectural possibilities or geo-structures in which these fragments are contained. And yes, she has recently started using her fingers as a brush. The artist lets dense, pasty or light-footed blue fingerprints float above poems placed on sheets of paper, seemingly concealing the impossibility of language to express life’s essence. Poetry is the central concept in her oeuvre; she poeticizes the essential importance of light through unfathomable, unique colours. She is a ‘modern’ painter who eschews gratuitous and pathetic expressions of grand emotions by manipulating her well-chosen subject so as to make her art into a projection of absolute sensuality. Athina Ioannou brings an exceptional form of painting, by means of a traceable method in which transparency stands for painting itself. This interview between Athina Ioannou and curator Luk Lambrecht was conducted in 2018 on the occasion of “Mythologies”, Ioannou’s exhibition at Irene Laub Gallery – which was on view in their Brussels gallery from October 26-December 22, 2018.

Luk Lambrecht (LL): How did you come to work in a non-orthodox way with colour, and was the influence of your scholarship at the Kunstakademie Düsseldorf very important?

Athina Ioannou (AI): In actual fact, the presence of colour in my work derives from the material itself and beyond a pictorial process. I work very much alone on my questions regarding painting and the extension of the same into space and context. My very first experience (after Athens) was in Rome as a young artist moving there for studies in 1987. I was very intrigued and fascinated by the paintings and frescoes in the churches, looking at something intensely without knowing how it could be transformed into something contemporary. One day while I was in a library in Rome, I came across a book depicting a discussion between 4 artists in Basel which was to illuminate my questions. The discussion was actually a dialogue between Joseph Beuys, Jannis Kounellis, Anselm Kiefer and Enzo Cucchi. This was to become my train to Düsseldorf.

I moved to Düsseldorf in 1994. That was also the point of an important meeting with the work of Beuys, Palermo and a number of young contemporary artists living in Germany. Additionally, I have extensively studied the work of Marcel Duchamp, who interested me in relation to the ‘ready-made’.

Consequently, in 1997 I started following my questions on painting, reducing the act of painting through the medium, by emerging canvases into linseed oil. Working by installing six-meter canvases on the brick wall of my atelier in Düsseldorf using every ounce of power in my body, with a piece of graphite against the wall and from top to bottom vertically, I used to trace graphite lines on regular rhythmical intervals. The colour of the “painting” was always yellowish due to the linseed oil. More than a painting it was a question on painting and definitely an action in itself. I was imagining to build one body of work (of painting) without the possibility of separating anything; every part of the work was made and born together, likewise the painting. The aesthetic result of the “drawing” derived from structure of the walls (as a frottage), the linseed oil that was there to fix the graphite on the canvas, as well as the colour of the painting.

I began my post-graduate studies at the Academy of fine arts in Düsseldorf, with Jannis Kounellis in 1997, then in 2000 with David Rabinovitch and then in 2002 next to Daniel Buren. During my time in the Kunstakademie, my studies into painting were closely related to artists such as Mark Rothko, Pollock, Palermo, Beuys, Kounellis, Gordon Matta-Clark and the beginning of ancient Greek painting. The Russian avant-garde, therefore Malevich and very importantly the painter Mondrian and his work relating to architecture as well as my several studies on Marcel Duchamp and the ‘ready-made’.

LL: Your work is a perception of colour vis-à-vis all kind of supports – I suppose that for several reasons you choose your supports very carefully?

AI: The act of painting is a need. Therefore, I have a direct relationship with my work and its body of work. The colour is a part, not to be separated from the main body of work, so the material acts as support, as well as the surrounding space and context.

LL: Your work has at first glance nothing to do with our world… Does that mean that, as a person with Greek roots, you don’t want to introduce societal matters into your work?

AI: I am deeply concerned with social matters, everyday life, life and death, memory. I am involved with and attracted to all kinds of traces left behind ephemeral or not that is also why history concerns me so deeply. I am equally involved with society as with the universe, with the end and with infinity.
Nevertheless, what I may not actually need to do is to try to describe all the above beyond my work. I certainly believe in dialogue, to build a language, to be beyond art differently. In that sense, I also believe that art is political, as an open question to the other, to all.

LL: What is the importance of drawing, reading and studying in your artistic practice, which has little to do with progress and evolution?

AI: I draw a lot. Drawing is an act of memorizing, of activating memory, of thinking differently; also, drawing for me is a form of freedom; a need similar to writing, walking or breathing. I am deeply interested in memories, music, poetry and all kinds of testimonies by authors. Similarly, good literature and theatre; films and filmmakers always intrigue me.

LL: The relation to architecture is quite important in your exhibitions-not the space but the specific architecture. Do you work in Situ with the same deep sense and feeling with which you work in the surrounding architecture?

AI: Actually, I cannot separate architecture from context. Certainly, I work with the space site specifically and consequently, I am highly sensitive to topography, history, anthropology and life. The Greeks did not build temples anywhere as the Romans did, but had an ongoing questioning towards the divine and the universe related to nature. I enjoy the history of the ancient Greek theatre in which the Greeks initially looked for a natural cavity to build on, for the power in a site, to reproduce the voices and the echoes. The Romans could build a theatre anywhere. It is certainly another kind of relationship to the site.
In my eyes, the artwork always remains an entire body. I cannot separate a part without losing the entire body. Undoubtedly, I also work with parts and fragments but always in relation to that body of work.

LL: What can a broader public understand under the great title, Mythologies, you gave your first solo-show in Belgium?

AI: Mythologies are stories. Through my Greek roots, I have a very natural and direct, uninterrupted relationship to Mythos. Symbolically, giving my exhibition in Brussels this title, was a way of talking allegorically and not descriptively about my stories and giving the artwork another kind of dimension and extension. “Love otherwise”, “Silver plated gardens”, “Hanging paintings” “The fragile memory” are some of the titles of my works in the exhibition.  “Mythologies” are not describing Greek ancient myths. As a Greek person exhibiting in a European country, I have the need to link myself to reality, visually posing, beyond history, new questions to the contemporary. Therefore, contemporary myths, contemporary stories.

This article was originally published in TLmag’s 30th print edition “Archæology Now!”,  which focused on how contemporary artists and designers could transform modern archaeology into a “platform of invention” through cross-collaboration. 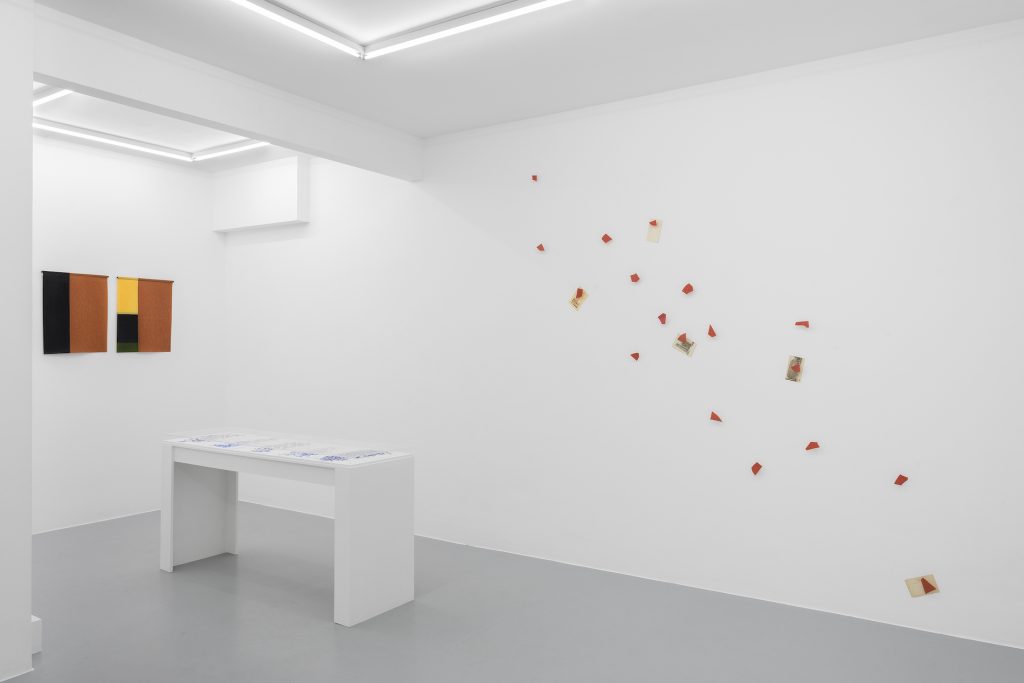 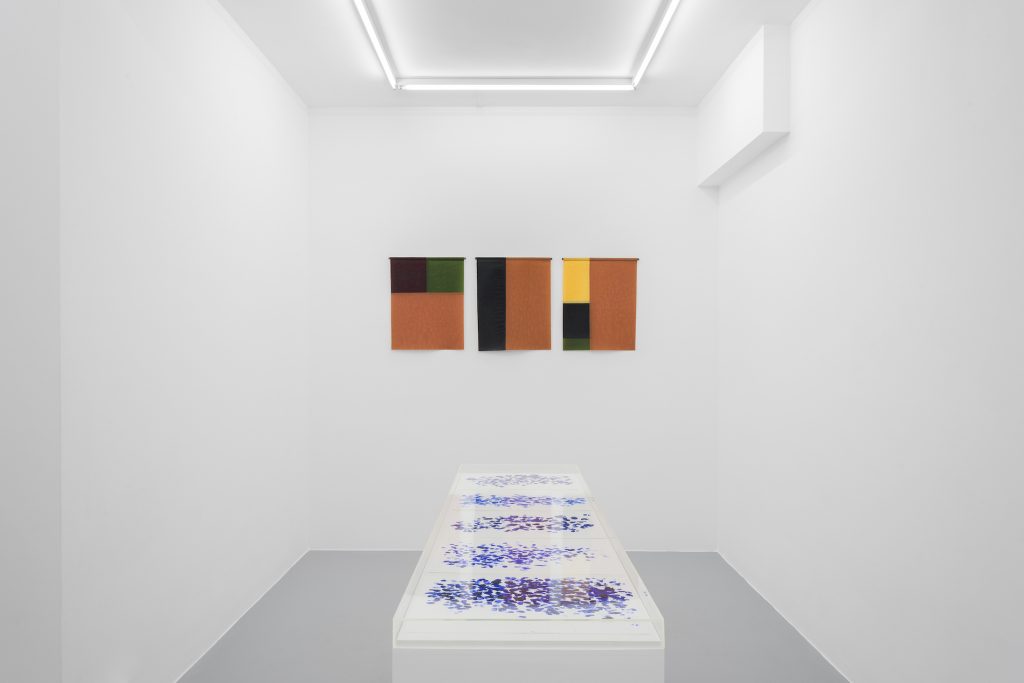 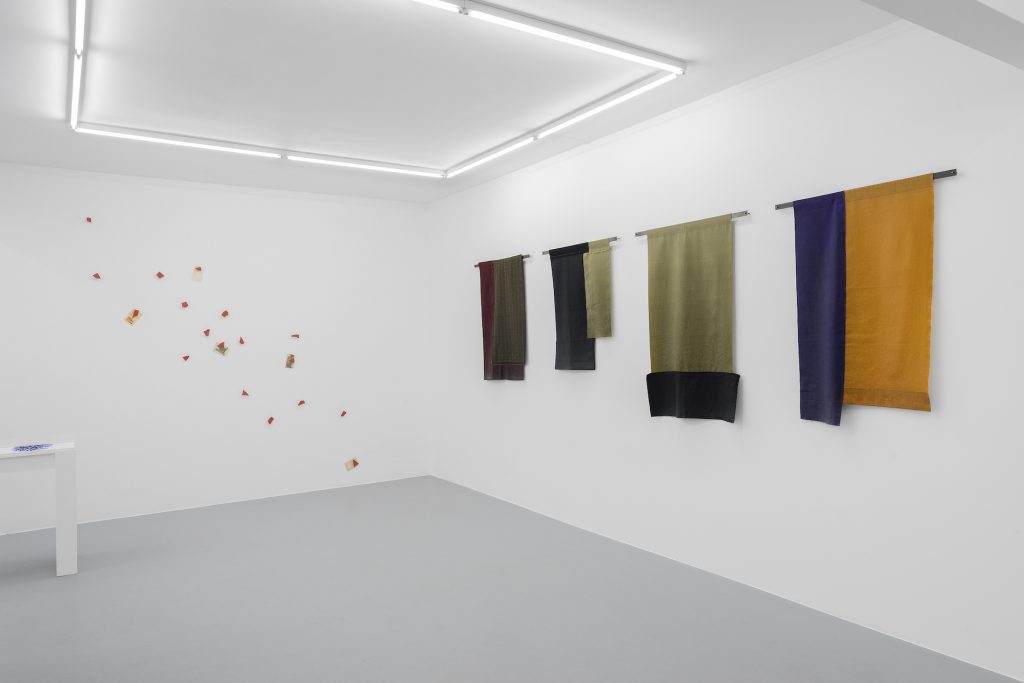 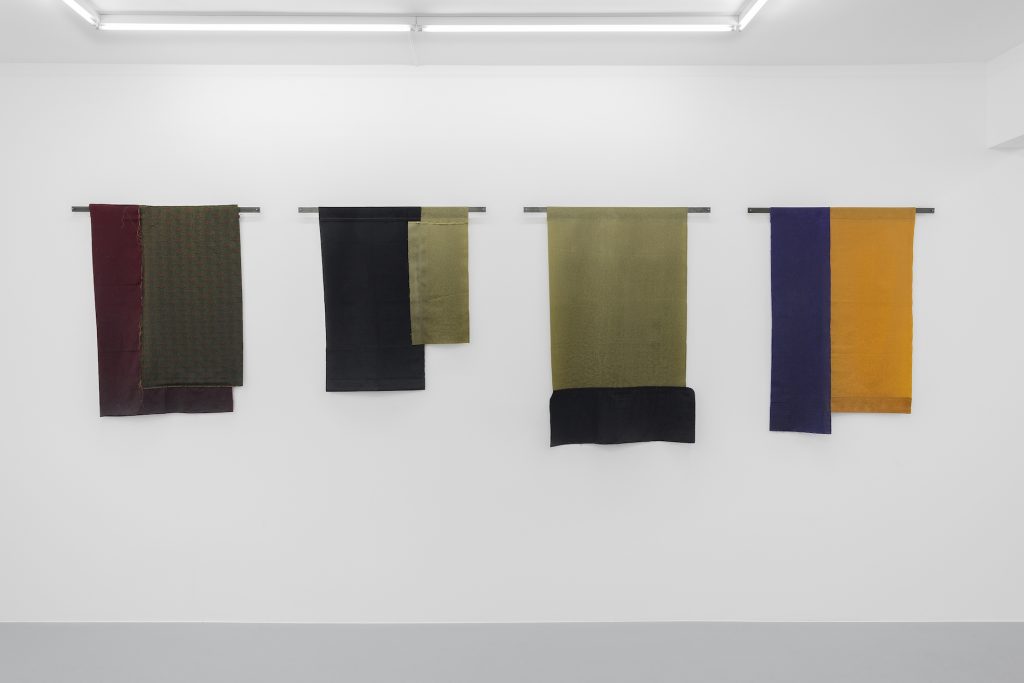 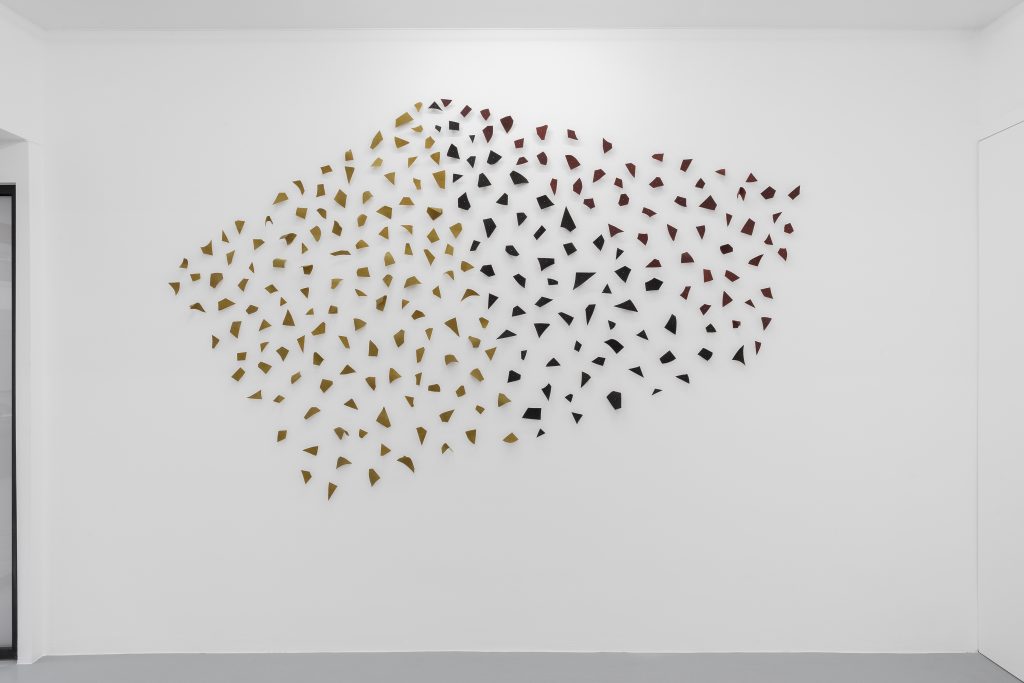 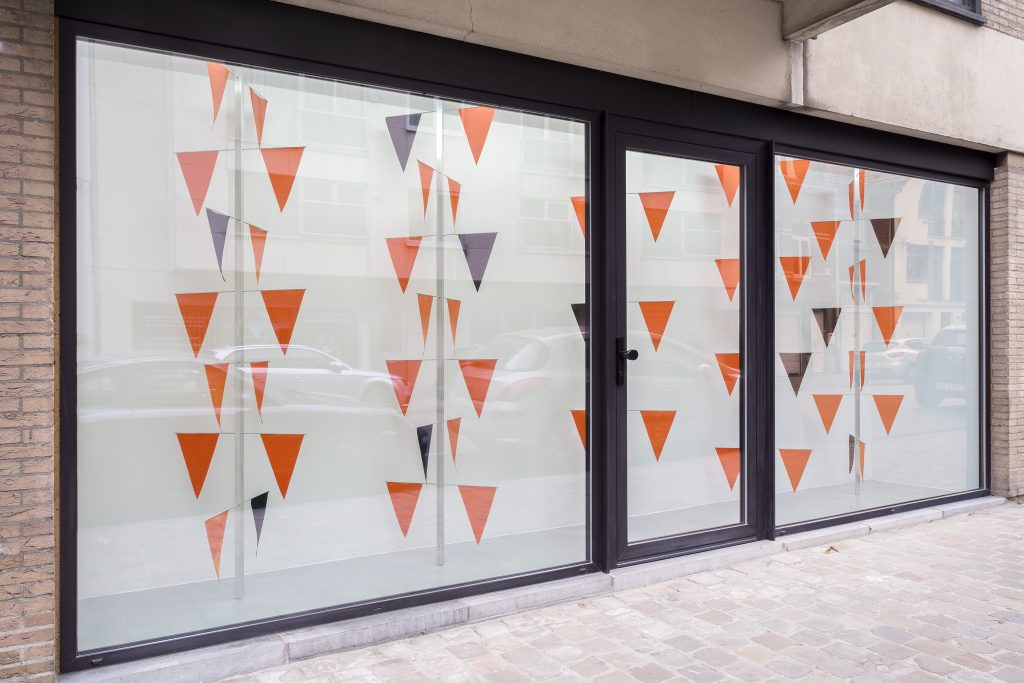 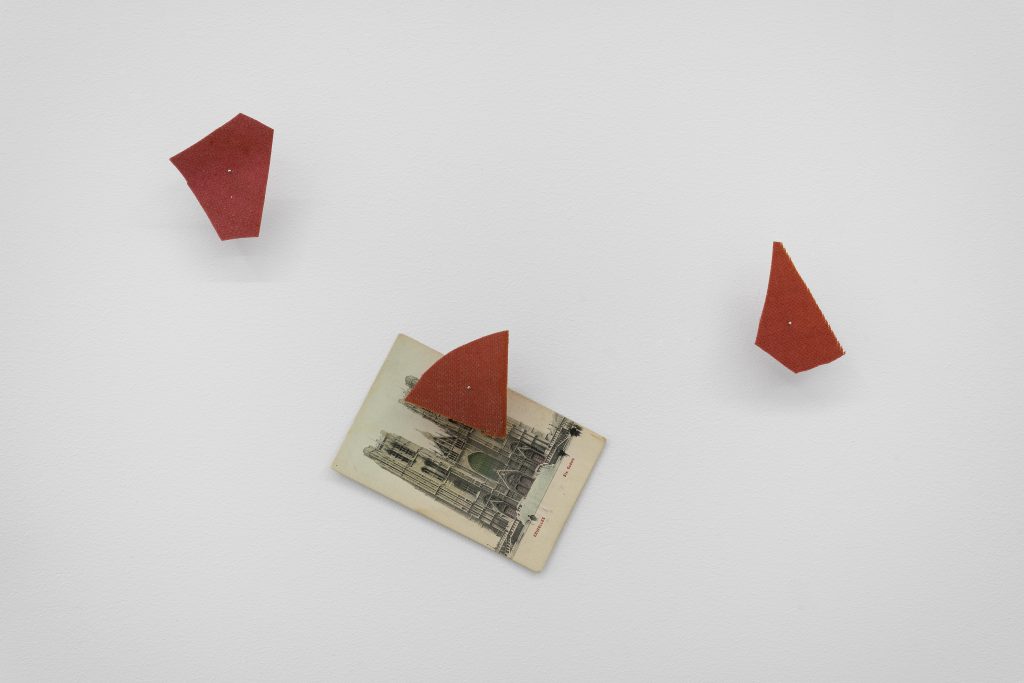 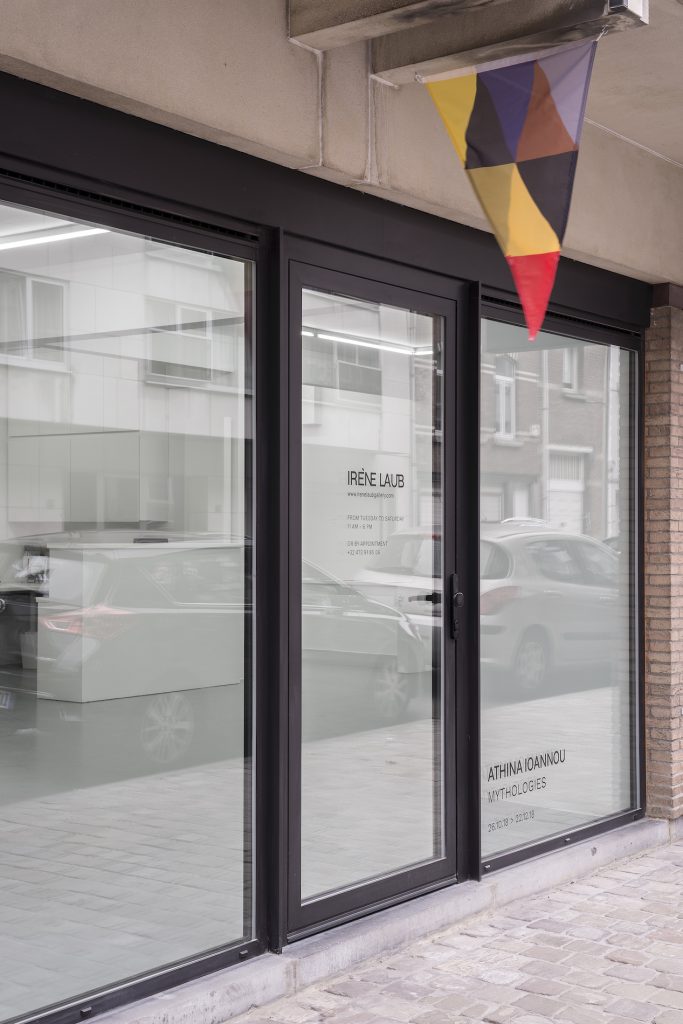 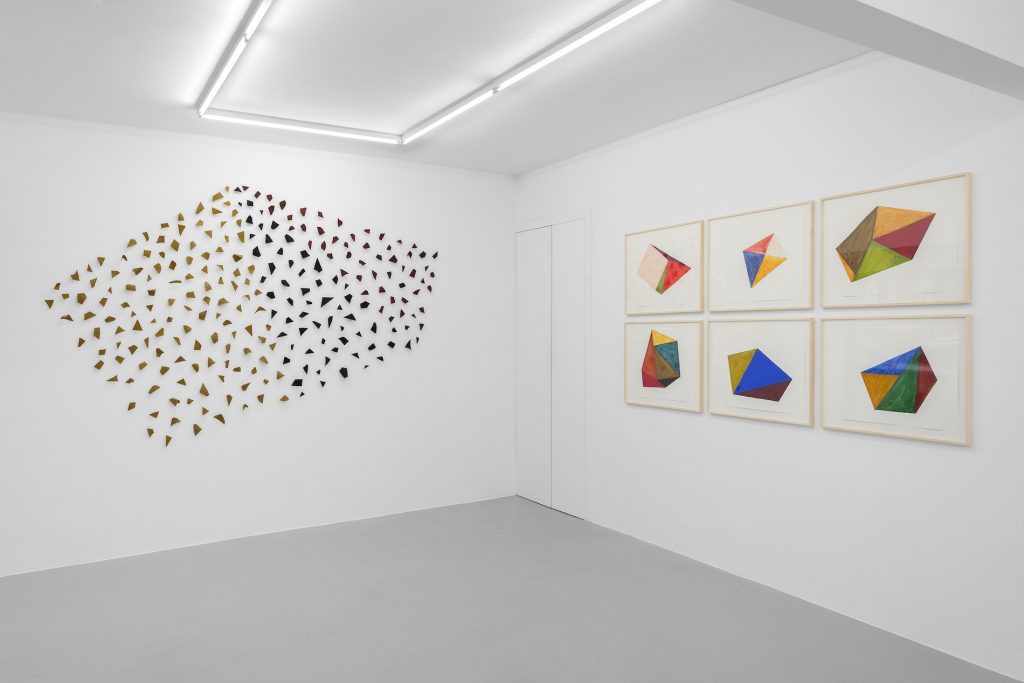 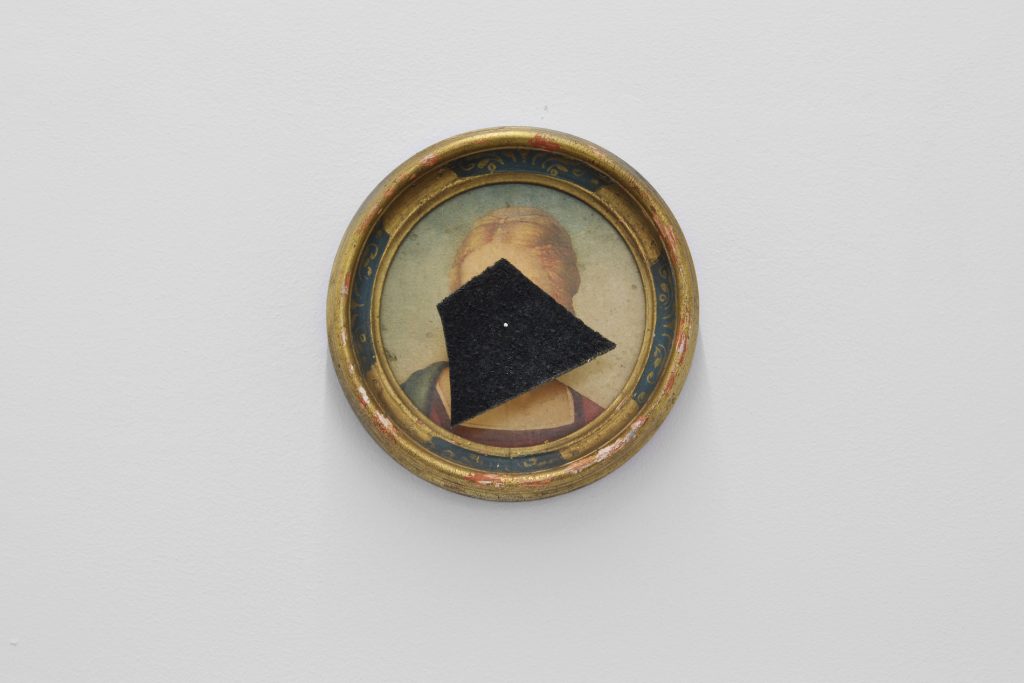 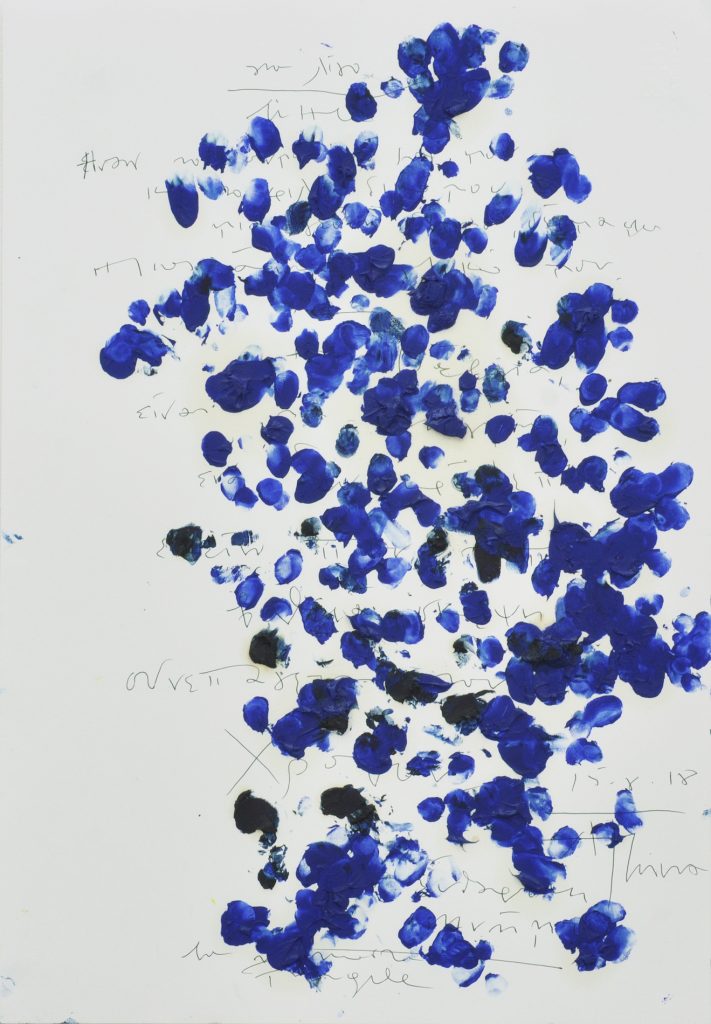 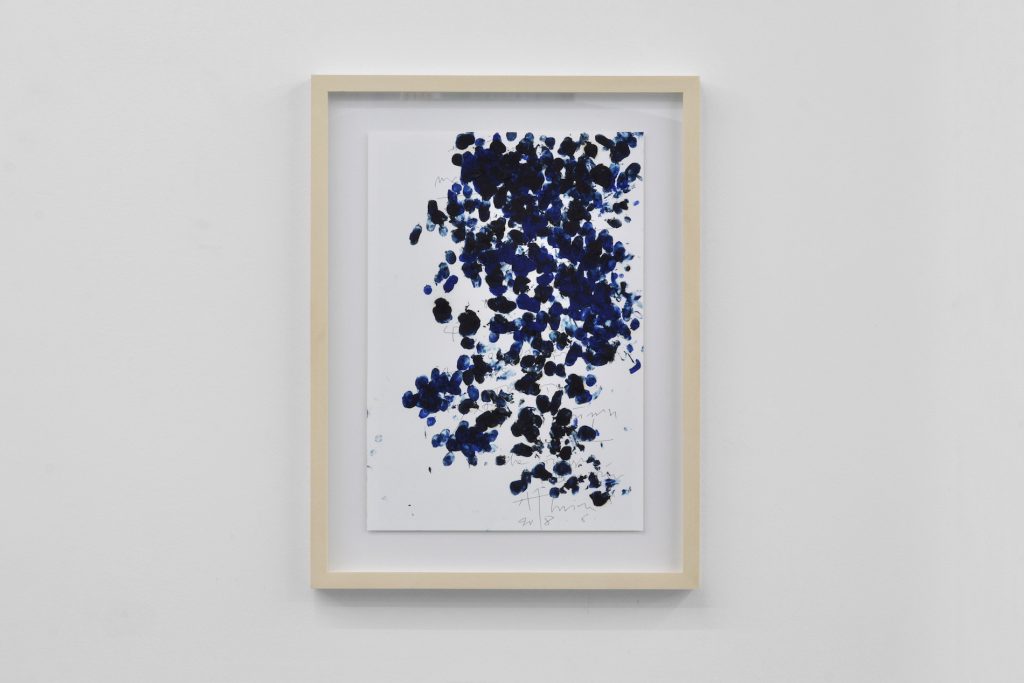 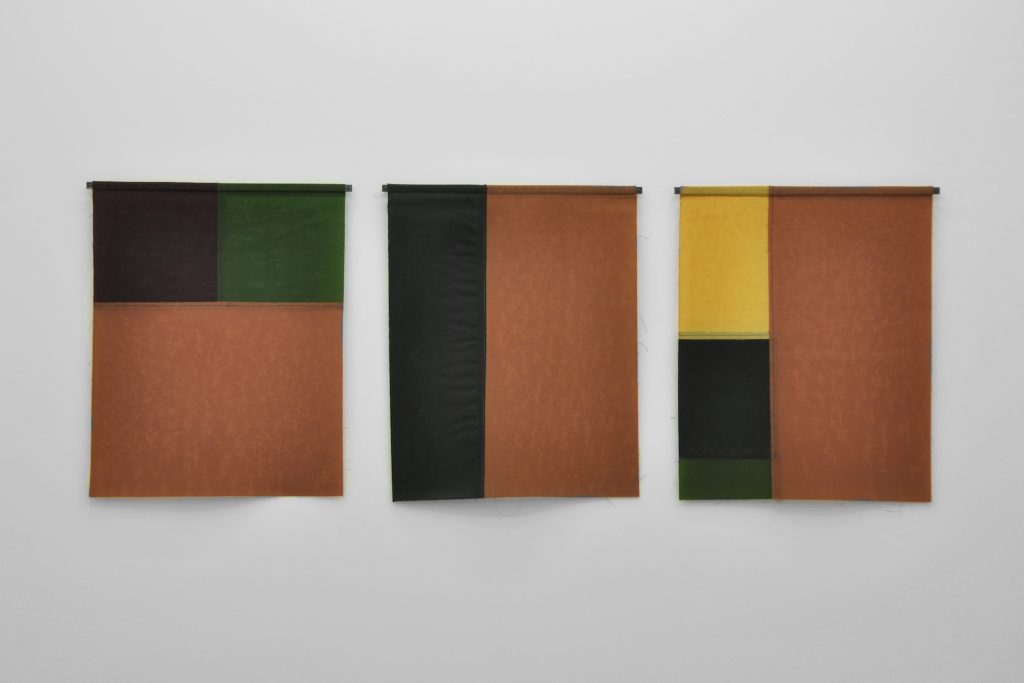 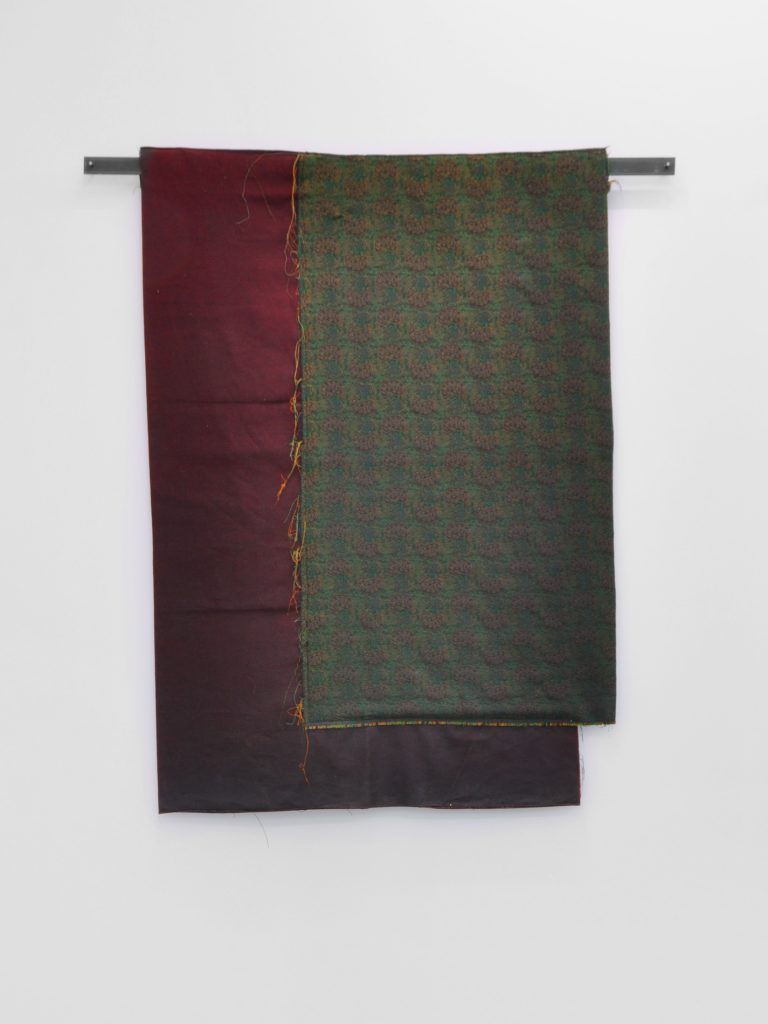 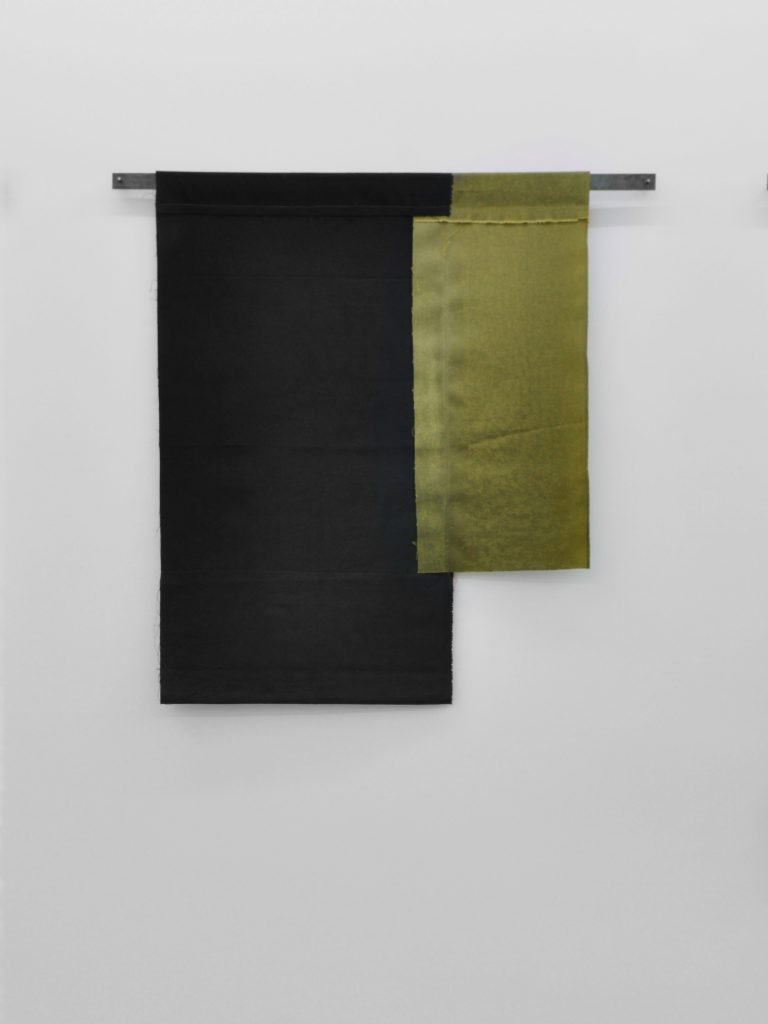 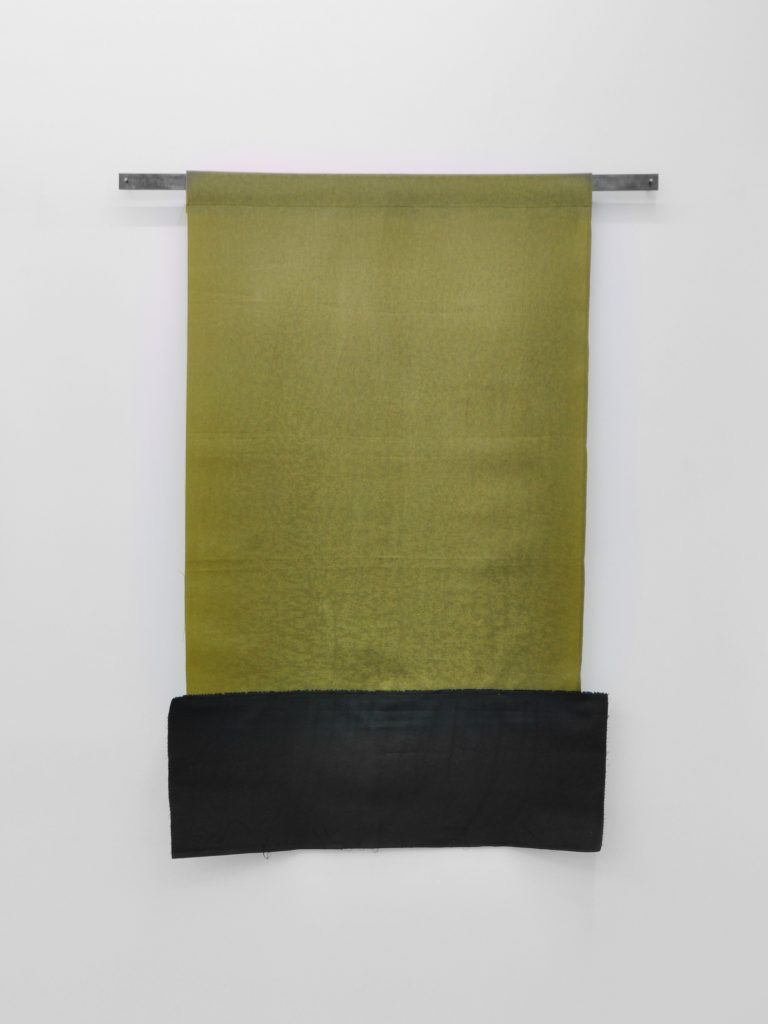 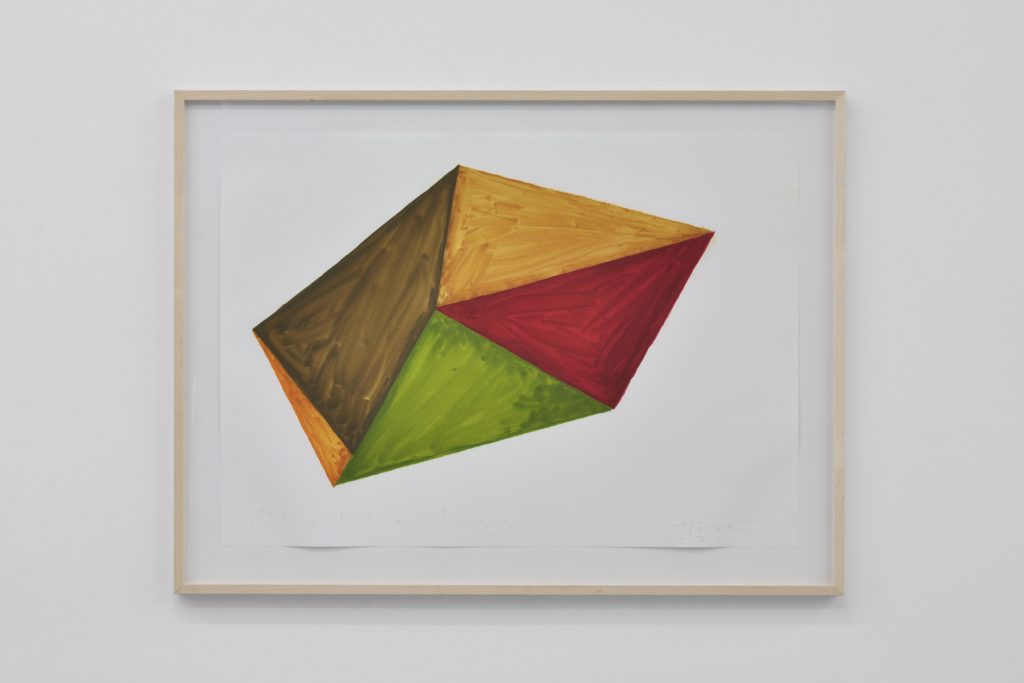 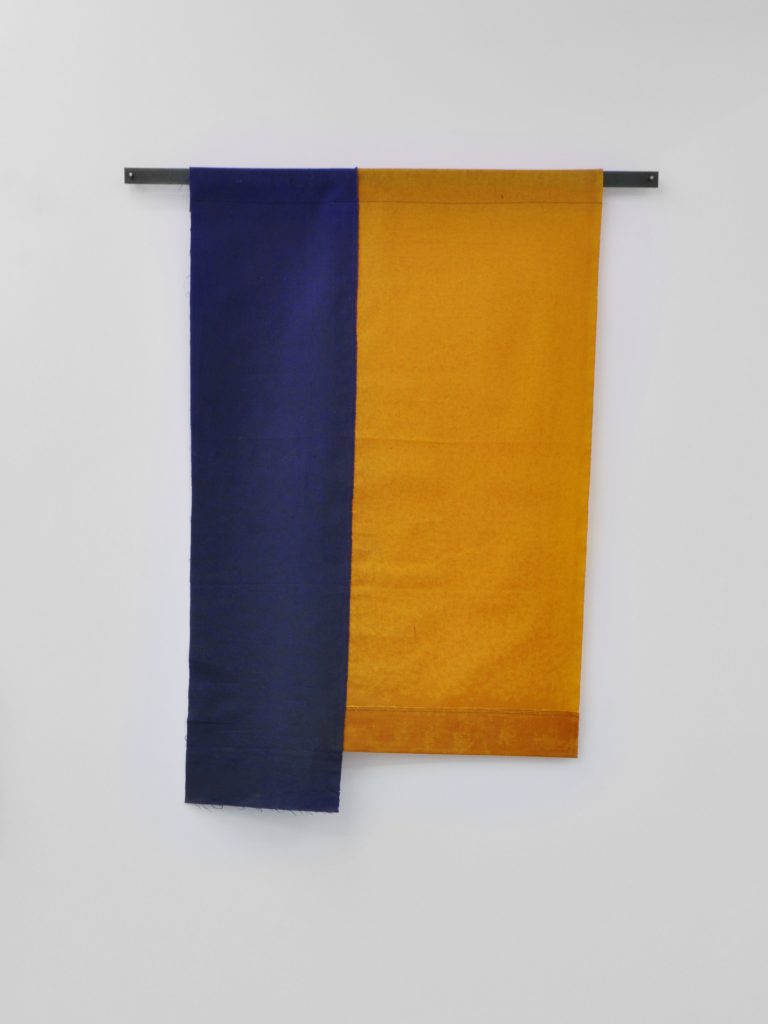