The exhibition on show at Les Drapiers utilises the medium of textiles from emerging and renowned artists and designers to manipulate time.

Textiles have always been a carrier of stories. It is a medium that welcomes the traces of our intimacy as much as those of collective history. From September 4 to October 23, 2021, Les Drapiers invite visitors to the exhibition ‘Narration Textile’ to discover the work of six established and emerging international artists, who work around stopping time, to pause the visual whirlwind that overtakes us.

Using cotton thread, stitch after stitch, on organza fabric, Brodette (living and working in Brussels) immortalizes scenes of police brutality that occurred in France during the so-called ‘yellow vest’ movement. Lost in the abundance of images that make up our daily lives, these clichés shock us and are at the same time forgotten and replaced by other more “eye-catching” clichés.

Anaïs Beaulieu (living and working in Montreuil), also on display in Belgium for the first time, also uses embroidery, a skill passed on to her by her grandmother, to give new meaning to everyday objects. Plastic bags, handkerchiefs, or life jackets are decorated with traditional motifs, barbed wire, or coral. Thus ennobled, these everyday utensils take on an extra dimension, a poetry that is not devoid of gravity. Their original meaning is added to universal human history and reminds us of stories of uprooting, survival, and territory that are unfortunately still very current.

For Richard Saja (living and working in New York), the medium is also a revealing and even an activating element of the work. For several years, Richard, emblematic figure of the revival of textile art, has been disguising the countesses, shepherds, laundresses, and marquises of the Toiles de Jouy. Transformed into a monster, a punk, or a clown, these characters emerge from the anonymity imposed by the “infinite” repetition of the motif. The Toiles de Jouy is like a coloring book that the artist, playing with colors and textures, bends and subverts according to his desires and imagination.

Ultimately, by the work of a myriad of artists, the show invites to rethink those images that we sometimes no longer perceive as present. The exhibition immerses visitors in a multitude of perspectives – sometimes serious, sometimes unconventional, and imaginative – and techniques: embroidery, tufting, felting. These form different ways of manipulating time and restoring it through these slow and artisanal gestures to transcend its difficulties and contradictions.

The show ‘Narration Textiles’ is on show from 4th September until 23 October 2021 at Les Drapiers. 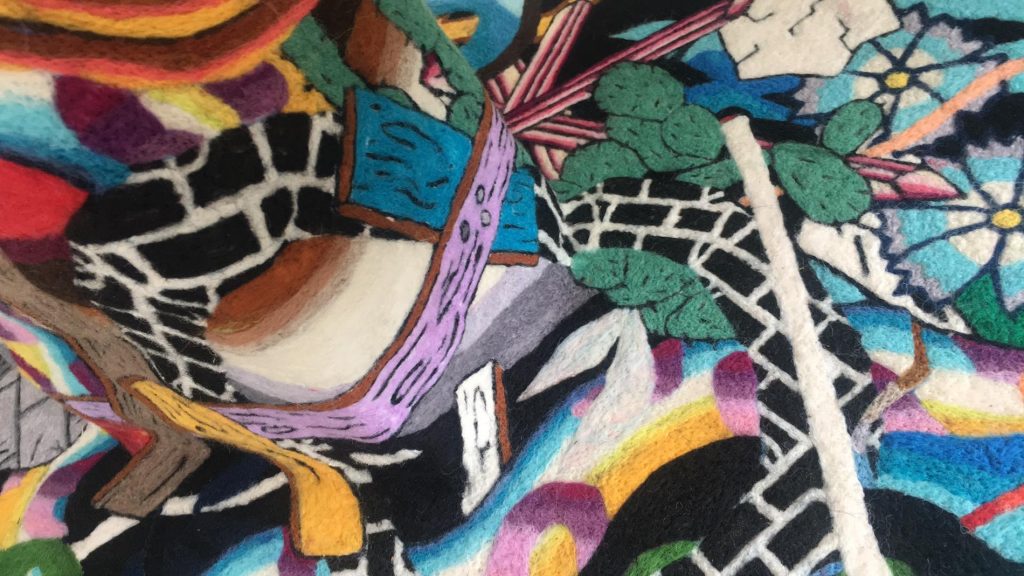 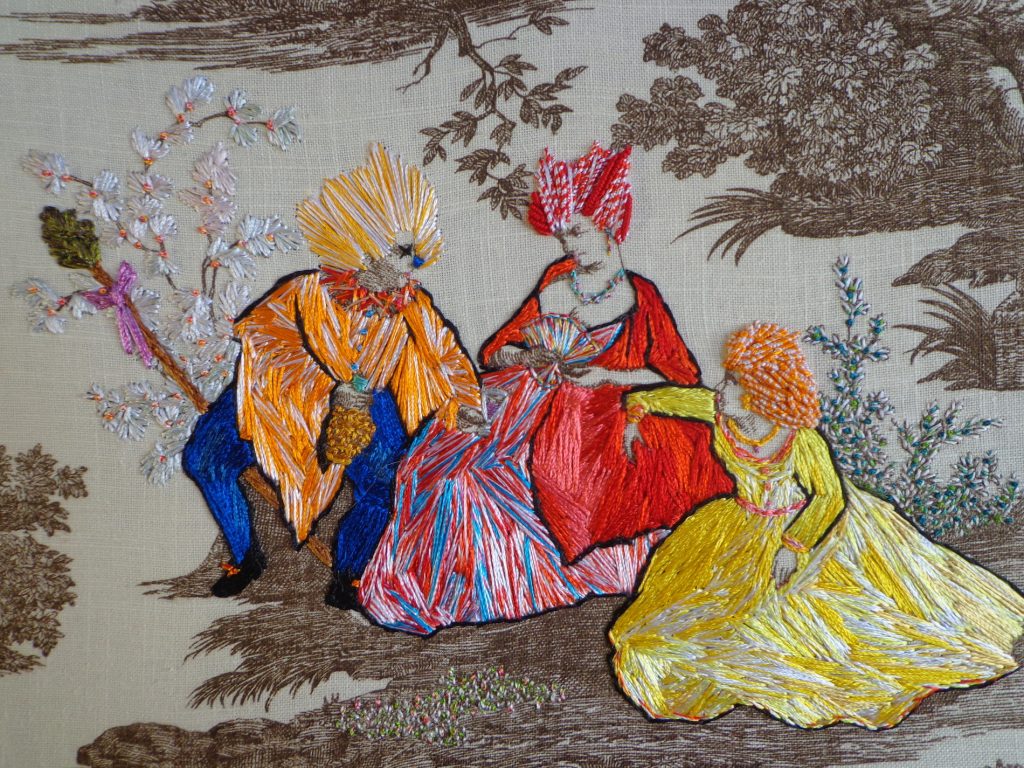 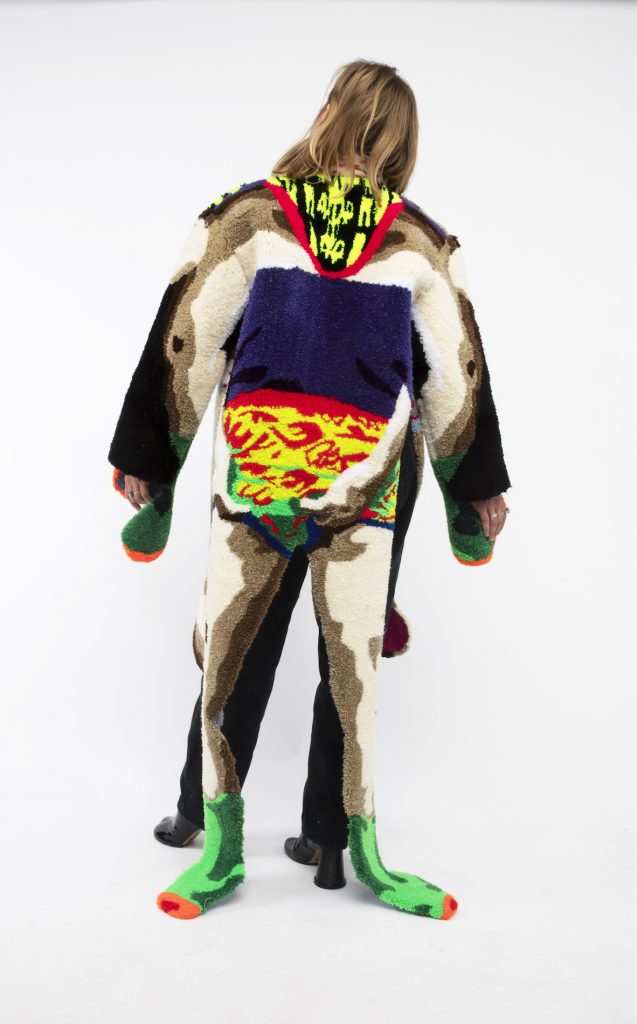 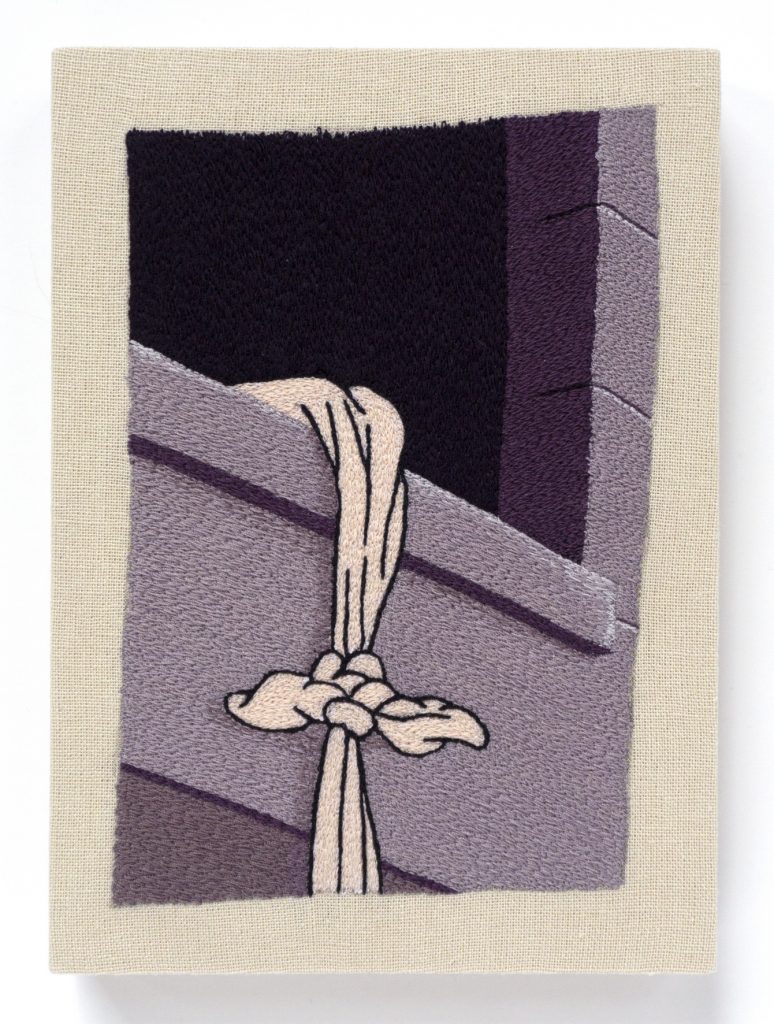 Some time outside. 2021 © Peter Frederiksen 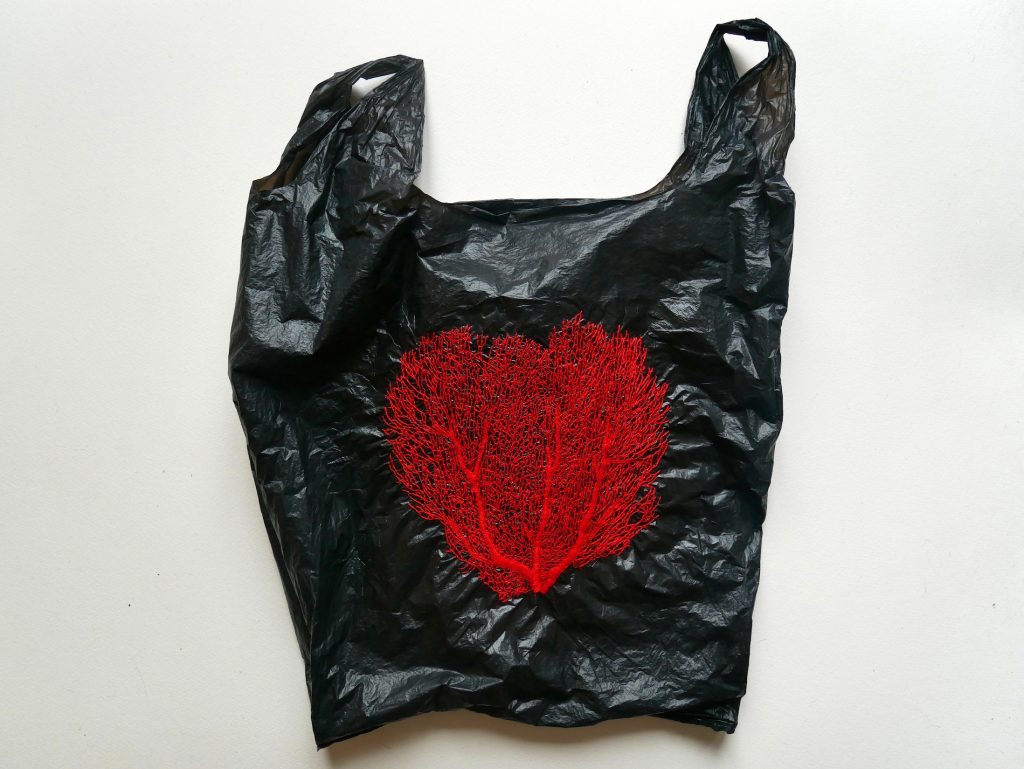 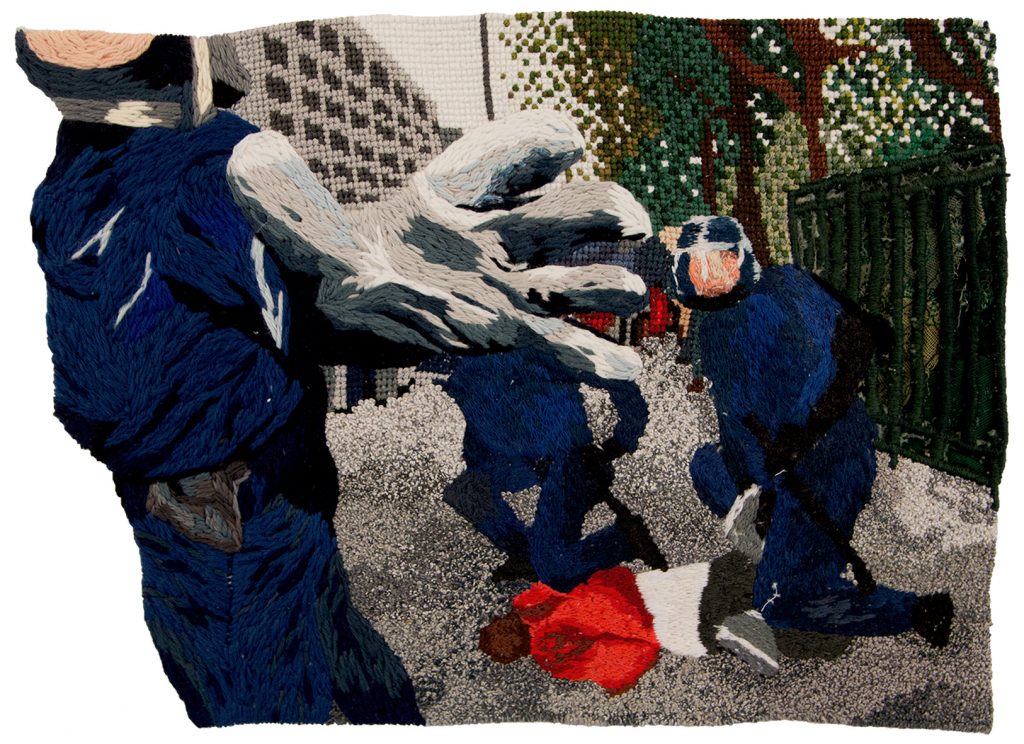 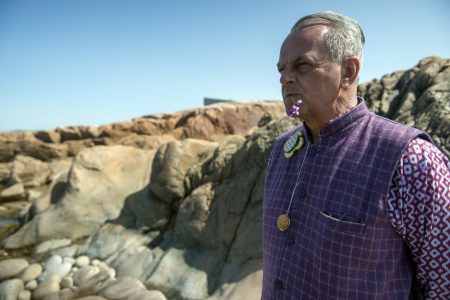 Far Away from Far Away: Giulio Ridolfo

In 2019, colour advisor Giulio Ridolfo visited the remote Fogo Island where he created a bespoke colour chart and a collection of knitted accessories for the new Fogo Island Workshop brand. Anniina Koivu, guest editor of TLmag35: Tactile / Textile / Texture, wrote about this experience for our S/S 2021 issue.