TLmag Norwegian Crafts
Special Guests
‘Rugged’ and ‘weathered’ is how Norway’s national anthem characterises the country. The climate is harsh, and before oil made the inhabitants rich, their lifestyle was marked by austerity. A...
Scroll right to read more ›
Text by Lise Coirier

‘Rugged’ and ‘weathered’ is how Norway’s national anthem characterises the country. The climate is harsh, and before oil made the inhabitants rich, their lifestyle was marked by austerity. A short historical review of Norwegian crafts…

Norway has a small upper class and no aristocracy. The market for luxury crafts has therefore been correspondingly small; instead, there is a long and living folk art tradition that still inspires many of today’s artists. Paradoxically, the lack of onerous traditions and strong institutions perhaps explains the strong position crafts art enjoys in Norway today. It has created a space for people with new ideas and the ability to innovate artistically.

The blooming of crafts
Around 1970, Norway experienced an explosive growth in the number of crafts artists. In addition to the establishment of many workshops, the forms of expression and the use of materials became more varied, for a number of reasons. With the post-war baby boom, schools needed to increase their student quotas and offer alternative educational opportunities. An improving economy and technical innovations created more space for greater choice in equipment, materials and techniques. Furthermore, crafts-based art fit well with the political and cultural climate of the 1970s. A radical wind was blowing across the land, not least precipitated by the women’s movement and the student protests on the European continent. Negative reactions to the surge in prosperity were expressed through a strong rejection of overconsumption, materialism and pollution. Within this context, crafts artists were able to present handmade and unique objects that were experienced as meaningful on a completely different level than mass-produced consumer goods.

Yet another reason for the growth and fresh orientation of Norwegian crafts-based art in the 1970s and beyond in connected to the definition of activities within the category. One possible definition includes everything from industrial design to visual art. But Norwegian industry has never been heavily design-focused. In fact, compared with the rest of Scandinavia, it offers the weakest environment in terms of tradition and a milieu for design. As far as crafts artists are concerned, industrial production has therefore only nominally represented an alternative to studio production. In the same way, aesthetic ideals such as those represented by Scandinavian Design have not had any strong impact.

From handicrafts to fine arts
This lack of grounding in design made it easier for craftspeople to orient themselves towards the other end of the scale – fine art. While they had previously been united with designers under one special interest/advocacy association, in 1975 they split and founded their own professional organisation. The Norske Kunsthåndverkere, or Norwegian Association for Arts and Crafts, was given the status of an artists’ organisation, including the right to negotiate with the government for support and grants in the same way as painters, sculptors and the like. While money is not everything, it is still the key to a good many things. The government grants are a very important reason why Norwegian crafts art has been able to develop freely in an artistic direction. But the new status required craftpeople to define themselves as innovative and non-commercial, just as other artists. Creating unique works was therefore prioritised over serial production, and originality and conceptual content became more important than tradition and technical virtuosity. It should also be mentioned that the new crafts have long been liberated from all demands for the primacy of utility and functionality; hence, they are rarely found in interior design stores and specialty shops, and are instead exhibited in galleries and museums.

Postmodernism: the renaissance of ornamentation
Norwegian crafts art experienced new growth in the 1980s with the breakthrough of Postmodernism. “Finally somebody said it was OK to like things”, as David Byrne, front figure of rock band Talking Heads, expressed. Decor and ornamentation, which had been ‘forbidden’ during Modernism, experienced a renaissance. This translated into greater status for the media that had long been used by craftspeople. A new historicism emerged, including the past in the form of loans and quotes, and space was made for unnecessary and irrational elements through the use of contradictory and complex solutions. It became permissible to include found objects and to play with familiar shapes, and divergent materials and categories of materials were mixed as never before. Postmodernism also enabled overt flirtation with kitsch and other forms of pop culture, while figuration and narrativity gained a central position. All these practices are tendencies that still hold sway amongst Norwegian crafts artists. The concurrence of three factors – a strong organisation for promoting studio crafts, the increased self-awareness of practitioners, and Postmodernism’s aesthetic liberation from old ideals – resulted in a fortuitous situation. This concurrence is still a factor that helps explains the strength and growth of Norwegian crafts art in recent decades.

Art education as a development factor
The significance of clearly marking studio craft as an artistic practice can hardly be overestimated, especially for understanding the field and the way in which the artists set their priorities when creating works. As a consequence of the development, the two academies that today educate crafts artists in Norway – the Oslo National Academy of the Arts and Bergen Academy of Art and Design – have both revised their curricula and are now geared towards an art education that emphasises individual instruction and personal development. No courses, however, are available in the field of glass, and only the Oslo school offers instruction in metal and jewellery. The largest subjects within material-based art at both schools are ceramics and textiles.

Emphasis on the artistic aspect has also been significant for the public’s access to crafts art. Since 1976, the Norwegian Association for Arts and Crafts has organised an annual juried exhibition, and since 1986 a prize has been awarded for the best work in the show. Along with a public fund established in 1990 for purchasing contemporary crafts art and giving it to the three museums of applied and decorative art in Norway, this exhibition and prize have been important initiatives in the effort to profile what can be regarded as qualitatively good crafts art. In cooperation with Norske Billedkunstnere (the Norwegian Visual Artists’ Association), the Norwegian Association for Arts and Crafts runs 15 artist-led centres around the country, each of which enables the public to experience crafts art. In addition to spreading information and organising exhibitions, these art centres broker commissions for the creation of public art and other projects for artists.

Free expressions of art
The many concerted efforts on behalf of Norwegian crafts art have not resulted in a single, unambiguous concept of what those crafts are. Rather than defining them strictly according to genre, it is better to address them as an open artistic field that gathers together many traditions and practices. In simple terms, Norwegian crafts art is the sum of what is created by crafts-based artists who live in this country. There are about 800 such artists in Norway today, and they work in highly individual ways with their various crafts, continuously expanding and challenging our understanding of what this category of art can include. Torbjorn Kvasbo in his studio by Andre Gali
‹ Back 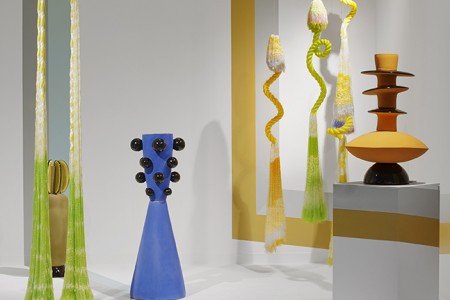 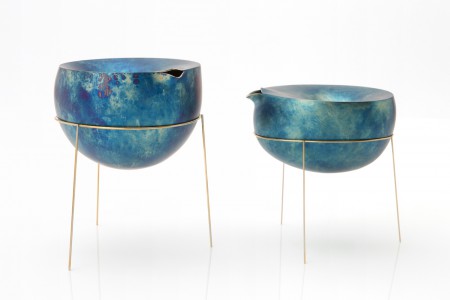 Up Next: TRESOR Contemporary Craft

TRESOR artistic director Brian Kennedy shares with us his insights for the selection process and gives us a sneak peek of the artists, galleries and materials to watch out for at the fair 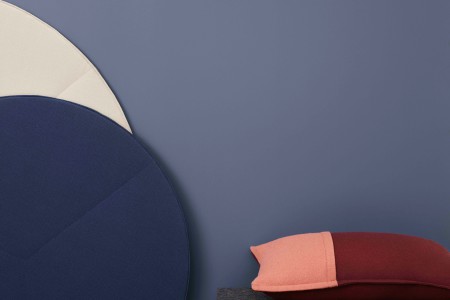 Everything Is Connected: Norwegian Design

Thirty of Norway’s most celebrated designers and makers reflected their country in Everything Is Connected at Ventura Lambrate. Among the many must-see offerings at this year’s London Design Festival, 100% Norway is set to showcase world-class Scandinavian design.