With the Architecture Lobby, the advocacy group she helped establish, Deamer has forced people in the industry to consider what it means to practice architecture in today’s neoliberal world

Peggy Deamer, a professor at the Yale School of Architecture and the head of her eponymous firm in Brooklyn, is at the forefront of both architectural practice and education. With the Architecture Lobby, the advocacy group she helped establish, Deamer has forced people in the industry to consider what it means to practice architecture in today’s neoliberal world. She and the members of the Lobby have set out to challenge the discipline’s understanding of the architect as labourer. They are encouraging the new generation of architects to adopt an innovate approach to practice.

TLmag: What power do you see Building Information Modeling (BIM) offering? What are the pros and cons of the proliferation of BIM software, like Revit and Vectorworks, specifically concerning how it aggregates information and puts it into the hands of the architect? How do you think younger architects can use it?
Peggy Deamer: There is a certain dependence on young employees for their knowledge of IT and the digital world. But maybe the more important thing is that BIM, which is collaborative, lets you, as an emerging practitioner, make significant contributions. It gets rid of the drafting model. So it’s kind of funny—it’s a question of not just access but also of ability to use the program, though not of actual architectural knowledge.

TLmag: Considering the political climate right now in the US and beyond, are there ways that political activism can be combined with architecture or is architecture too removed from current affairs for that to be fruitful?
P.D.: If we are advocating for young practitioners upon graduation not to follow the traditional path, what are we encouraging them to do instead? One piece of advice I have is this: never enter a competition. If you’re inclined to enter a competition and are willing to devote forty hours after your job to it, think instead about going to community hearings and devoting your time to developments in your neighbourhood. If you’re willing to do that work, make sure you do it somewhere that it has real impact. Find a project that needs to be done and volunteer your time. Make it happen. Begin to find the work you want to do as opposed to being stuck doing a job you don’t believe in.

TLmag: If I remember correctly, the Architecture Lobby did demonstrations in Venice in 2014 and 2016 where you called attention to unfair labour practices within the discipline. How is the Lobby positioning itself in regards to the Venice Biennale?
P.D.: It’s interesting. In 2014, we had a built-in audience in Venice. So that protest was not specific to the Biennale; it was to get architects’ attention. Having done that, we then went to the American Institute of Architects convention because we don’t just want to preach to the practitioners —we want the theorists and the artists to begin to understand the issue. If they are creative individuals, they need to be creative about how they make the work, not just what the work is. This had to be matched by talking to practitioners. In 2016, our protest was specific to the Venice Biennale, and we edited and debuted the book Asymmetric Labors, which we made for the protests at that event. It concentrated on academics and their status as PhD students, people who write about architecture or architecture professors, because Venice was seen as a place that took particular advantage of intellectual thought. Venice put architecture in a vibrant intellectual context but probably did it on the back of free labor.

TLmag: How was the Lobby’s reception at the AIA different from its reception at the Biennales?
P.D.: At the first one, in 2014, we were just ushered outside, and people outside stopped and were interested. Some people were friendly to our cause, saying, “Right on!” In 2016, we didn’t just protest—we went to the sessions and started conversations. It was very interesting how the younger people in the audience responded very well to our set of questions. Then we went to the emerging practitioners’ get-together, and they were very interested in what we had to say.

TLmag: Do you think that there is any way to strike a balance between promoting architectural creativity and honouring labour laws and practices?
P.D.: Absolutely. We need to make them compatible. No one can say that architecture is not an aesthetic profession. It absolutely is. If we don’t care about design and don’t know how to design, we’re lost. Design and creativity are incredibly important, but they do not matter more than the idea that our hours of work have value. You know, journalists believe in the significance and creativity of their work. Actors form unions. Writers form unions. Cinematographers form unions. All of those are aesthetic disciplines, and those practitioners still know how to measure their time.

TLmag: Where do you see architecture as a profession and a discipline in ten or twenty years?
P.D.: I have this optimistic picture that there will be a generation of architects who can just say no and who will not repeat what previous generations have done. I think that when my generation dies off, it will be a really good thing. They’ll step in and ask for more. I’m not just referring to money, but also meaningful and rewarding projects. This would demonstrate that we are stewards of the built environment. And as stewards of the built environment, we care about a project’s carbon footprint, we care about the materials used and we care about where those materials come from. We are mindful of how we have organized the labor and what sustainability means in terms of getting a project done. But we are also stewards of the environment after it is built; we will care about it ten years after the project has ended. We have to not only make a different kind of argument to the public but also create a different kind of paradigm for ourselves that makes us more responsible to our clients.

TLmag: Any closing comments?
P.D.: One thing: when you ask about what’s specific to New York and what’s not, there is a particular image that I have of graduates hoping to get a job at one of the hot, big-name firms—we know which places those are. When they get that job, they work eighty hours a week and get together maybe on a Saturday to commiserate because they don’t have a life and don’t get to work on the jobs they want to work on. Three of them live in an apartment for two people, because that’s how they can afford it. I imagine them as lemmings, all coming in a pack and being unsatisfied. Maybe it is just the density and the expense of it all in New York that seems particularly dismaying to me.

TLmag: Your analogy of lemmings is incredibly accurate right there. Do you think it makes sense for people coming out of graduate schools to come to New York City, or do you think it has come to the point where people should look elsewhere?
P.D.: I do.

TLmag: Do you think that this decentralisation then will have positive effects for discourse in the discipline in a purely intellectual sense?
P.D.: I think part of what will happen with decentralisation is that you will get more responsibility and more say in the work. If you are more socially and politically minded, that say will go beyond creating better buildings and will set more change into motion. Plus, being a big fish in a small pond means having more influence. I think that that’s one side of it. It might be an overly optimistic picture, but I’m also thinking about the current political divide between coastal people and the elites who vote blue, and the people in the Midwest who vote red. I do think that if there are more opportunities to work more closely and directly with tradespeople, it will lesson that divide. There will be less of a division between the tradespeople and the architect, who may not even know who the contractor is, let alone the fabricator, if you actually get to be involved in those relationships. I think that is healthy. In the end, it’s people like the contractor who voted for Trump. They are not stupid. They are not our enemies. They have very specific problems that we need to pay attention to. The more we can be alert to those issues, the better. There is something very healthy about that decentralisation.

TLmag: That allows conversations to start happening between actors who would not otherwise be engaging one another.
P.D.: Exactly. 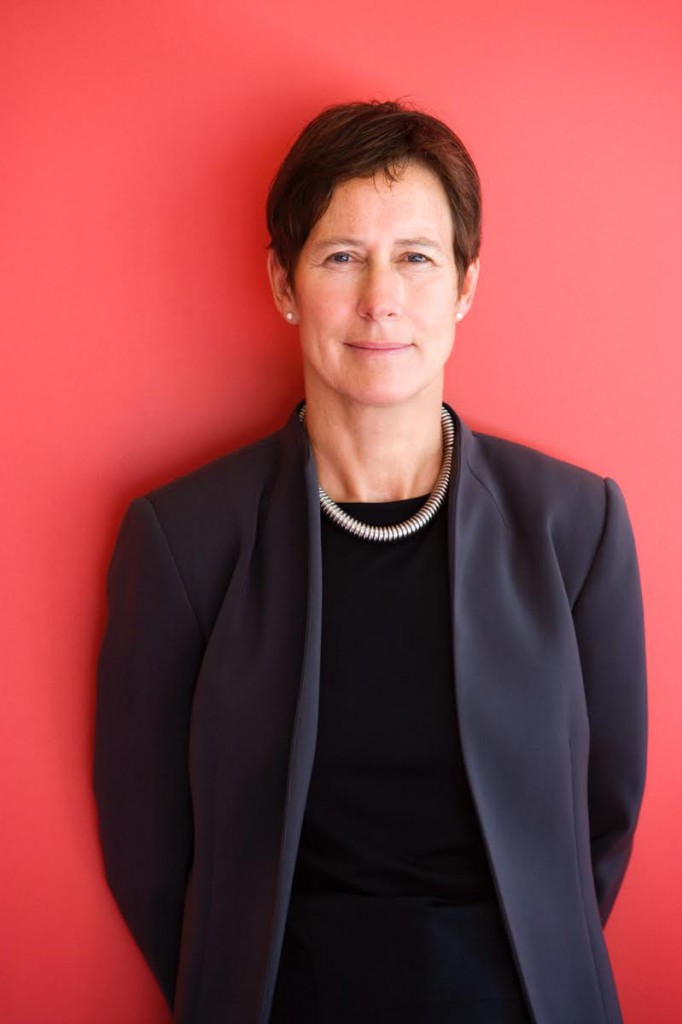 Deamer, in a portrait courtesy of The Architecture Lobby 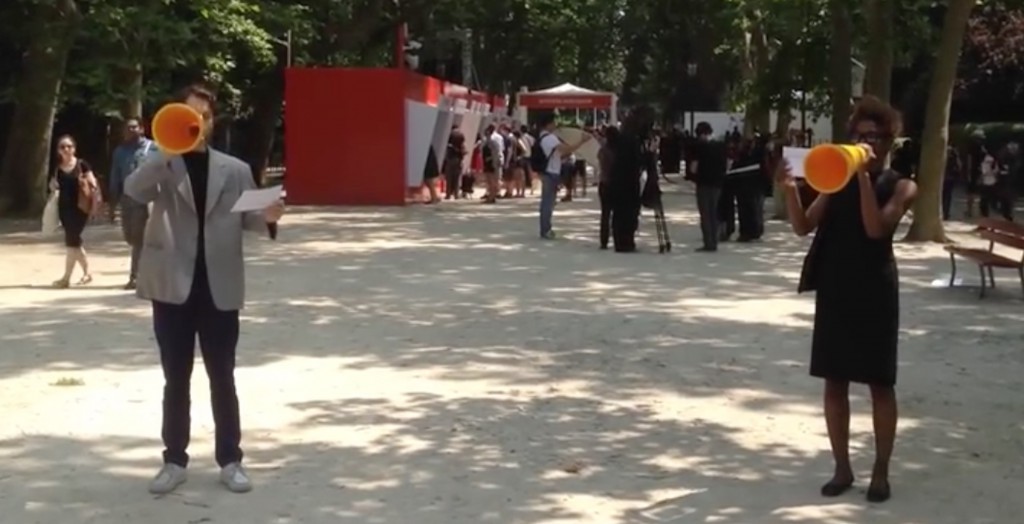 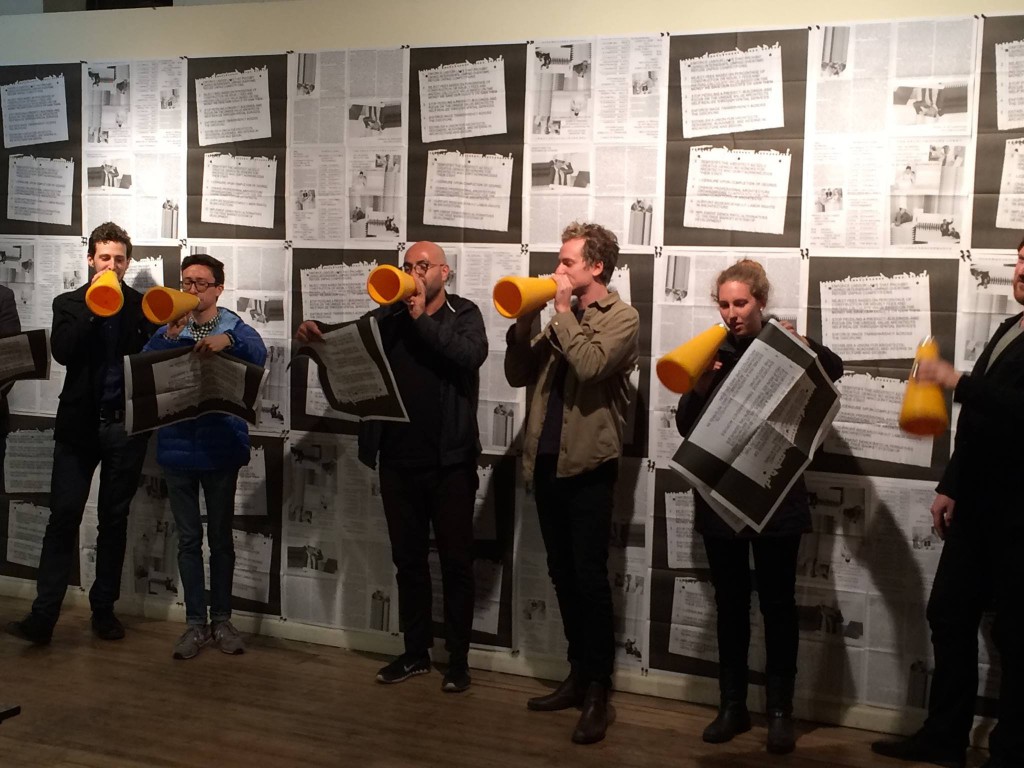 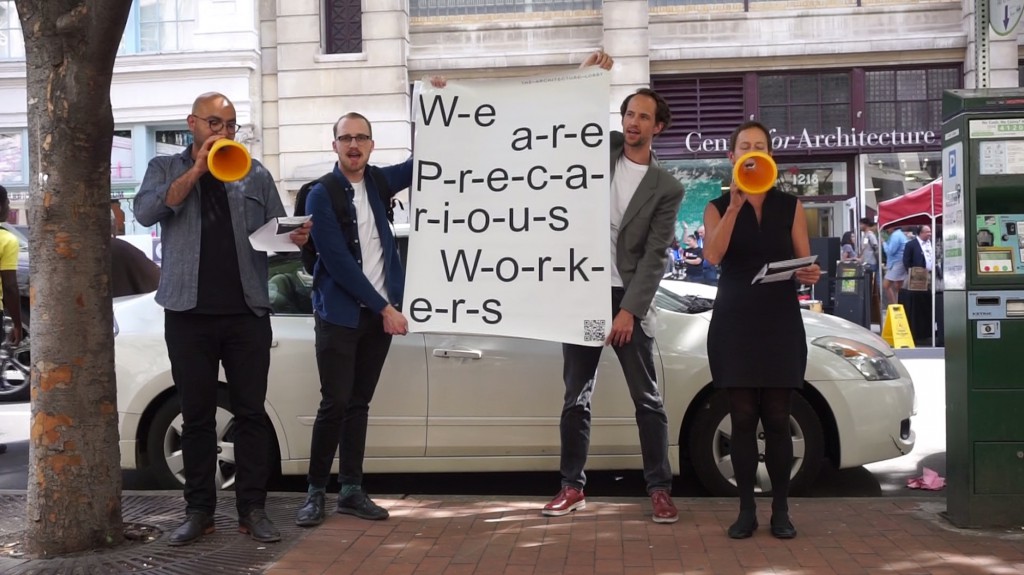 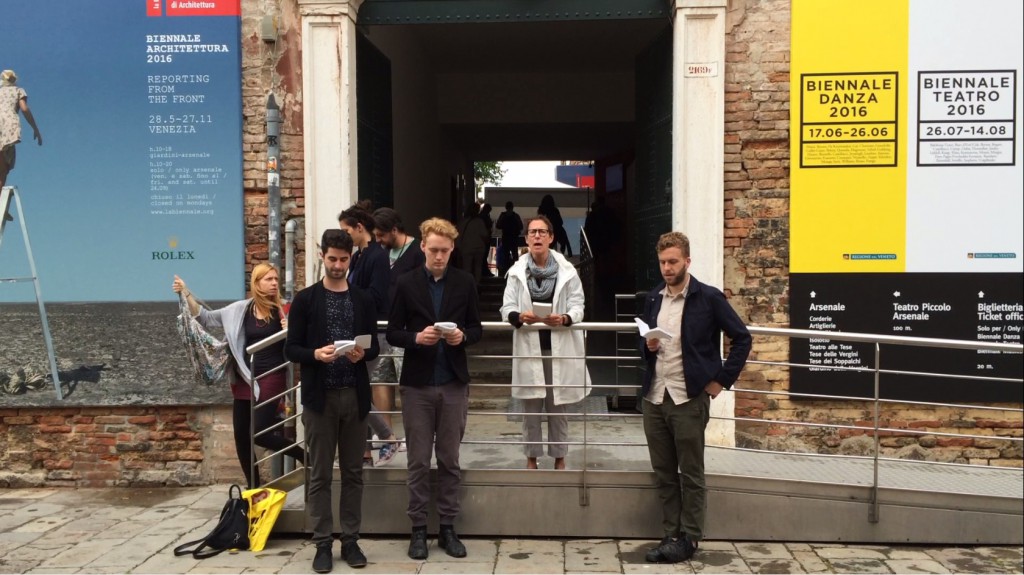 Launch of Asymmetric Labors at the 2016 Venice Biennale. Image courtesy of the Architecture Lobby.
‹ Back An exhibition featuring the work of WOHA offers a glimpse of how the dream of “hyperdense, towering garden cities” might become a reality. For the second edition of the “Across Chinese Cities” collateral event of the Venice Architecture Biennale, Beijing Design Week has organized CHINA HOUSE VISION at the Ca’ Tron palazzo.