Philipp Weber from Crystallized to Milan

In search of the emotional qualities within production processes, Philipp Weber has quickly made a name for himself since graduating from Design Academy Eindhoven in 2012. An allegory of glass and music, Weber’s project A Strange Symphony won him the New Talent Award of the Berlin Design Festival DMY in 2013. In 2015 he was also recognised with the Bavarian State Prize for Young Designers. Having recently completed his Masters at the University of the Arts in Berlin, his graduation project From Below continues his exploration of human relations to materials. Both works are included in the Crystallized exhibition, at Spazio Nobile until April 15, and on the occasion of Milan Design Week from April 4 to 9, From Below will travel to Italy to show as part of the 5Vie exhibition at Piazza Gorani. TLmag spoke to the young designer.

TLmag: How has your practice and philosophy developed since you graduated from Design Academy Eindhoven in 2012?
Philipp Weber: When I graduated with A Strange Symphony, I needed time to reflect on my project and to ask myself what it is that I am communicating in my work. Then I came to realise that my aim is to convey the poetry of production processes and the emotional value that lies within them. With this awareness, I was able to orientate my work philosophy, which opened my eyes to find new inspiration. And of course, I wanted to go further to make a clear statement.

How did you become interested in uncovering the emotional aspects of production processes?
During my investigation of the craft of glassblowing I felt a certain playfulness in the way the glassblower was handling the glass. To me it was almost as if the glassblower was dancing with the material. I perceived the production process as very poetic, virtually like an opera. After having worked on A Strange Symphony I thought that there must be similar qualities hidden in other production processes, as well. That is why I continued searching for poetic aspects in my following project‚ From Below.

How are these ideas integrated into From Below?
In From Below, I reflect on a process that has had a very big impact on the technological progress of humanity as well as on human culture in general. At the start of this project I was looking for inspiration in my own family background. I found out that my great-grandfather used to be a coalminer a hundred years ago. I wanted to know more about the use of coal and discovered the coking process that I make use of in my project. This process turns coal into coke through so-called destructive distillation. Coke is almost pure carbon. It is a man-made material that is necessary to produce steel.
To me this whole process, as well as the material itself, seemed quiet invisible to the average consumer. Looking at the influence it has had on humanity, as well as on the ecological balance of the planet, I thought it would be a good protagonist for this project.

Also at Crystallized are The Strange Symphony artefacts that came from an unusual design process, a musical performance. What is the significance of process and object in your work?
I have started seeing production processes as narratives. The objects that I made, and which I also show at Crystallized, manifest as relics of these stories.

What has introducing colour to the glass blown pieces brought to the work?
There was a personal motivation behind this. I never really worked with colour, and to me it made sense to introduce colours to A Strange Symphony. Hence On Colours became a kind-of colour-exploration using the approach and the playful tool from A Strange Symphony.

Where can we see your work in Milan this year?
Besides showing From Below at Piazza Gorani, I have also contributed to the Talisman exhibition. In 2014 I participated in one of the yearly workshop series of IN Residence in Turin. It was a great experience. Last year they hosted the tenth edition, which they are celebrating with a small exhibition of all the designers that have ever participated. Every designer was asked to create a small talisman. The exhibition and an auction will take place at Palazzo Clerici. 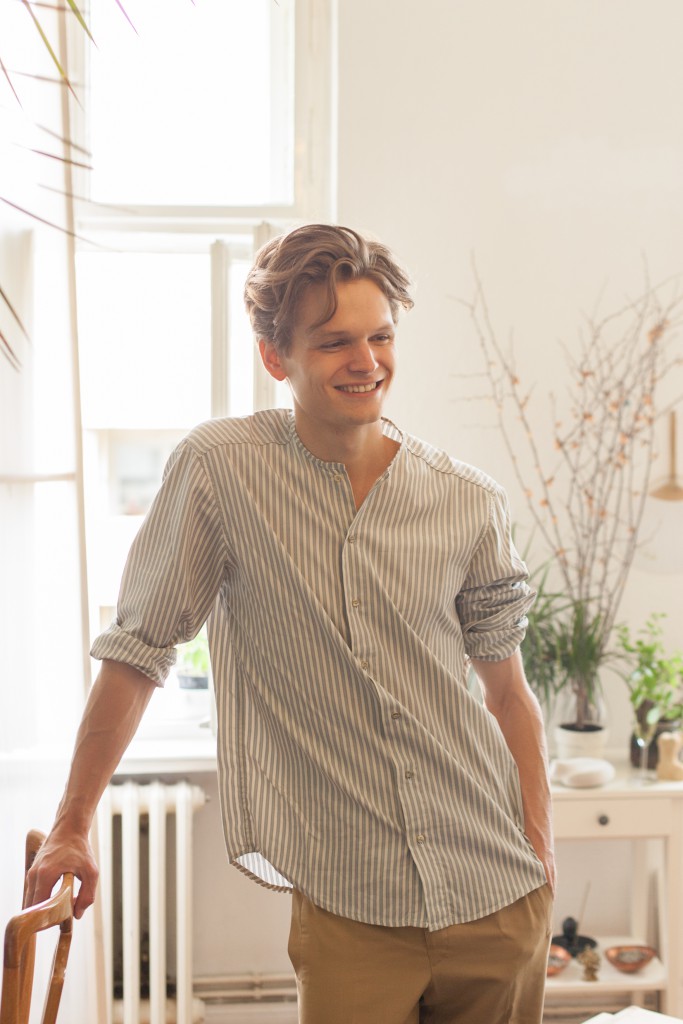 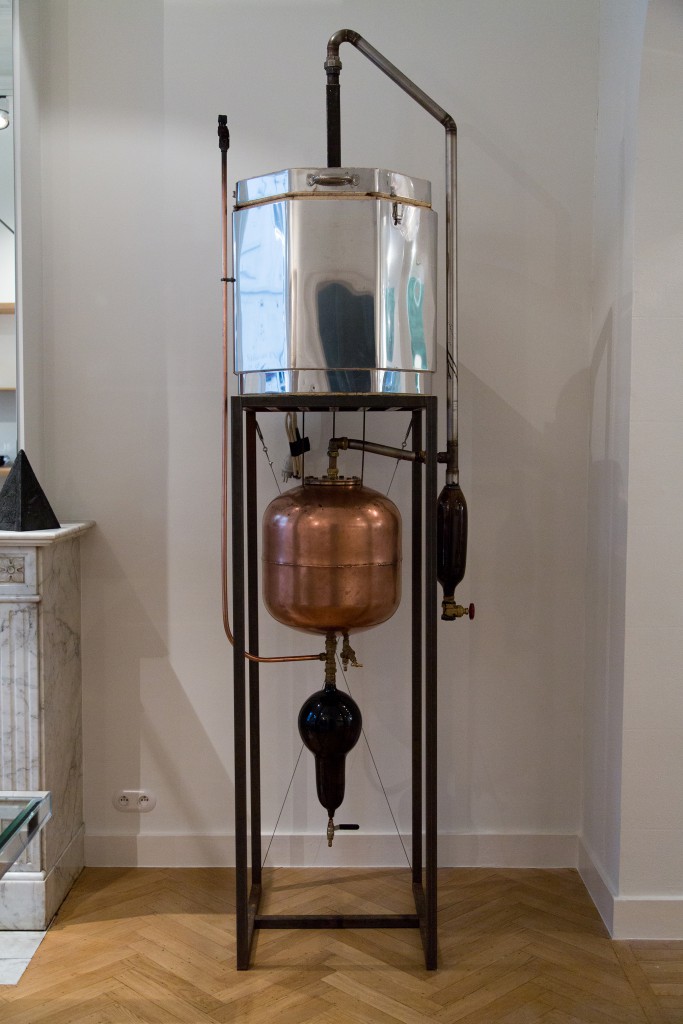 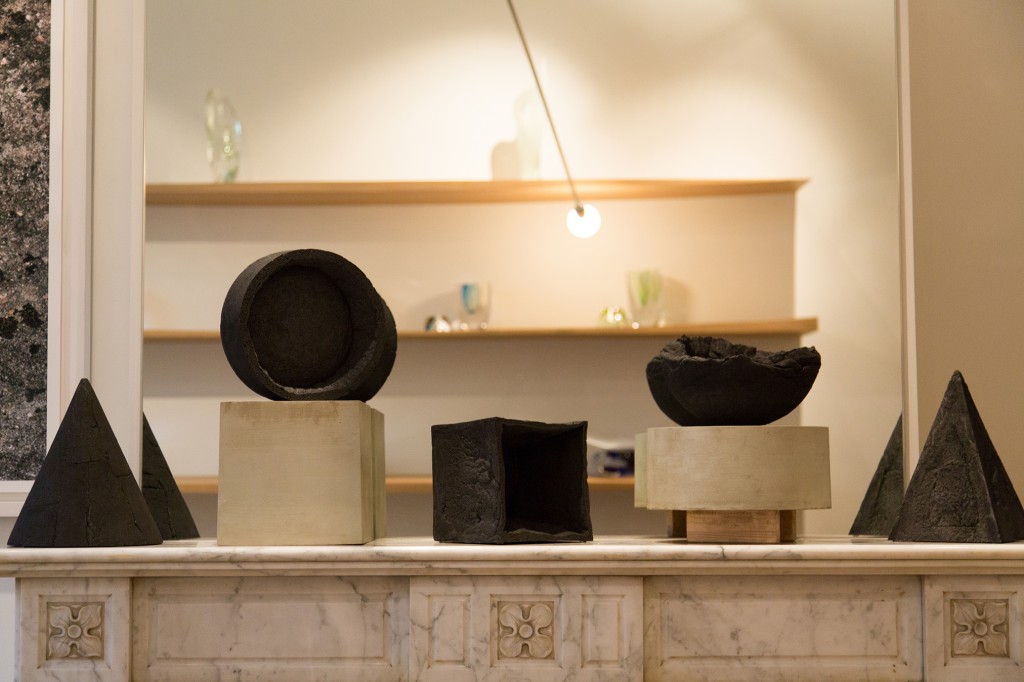 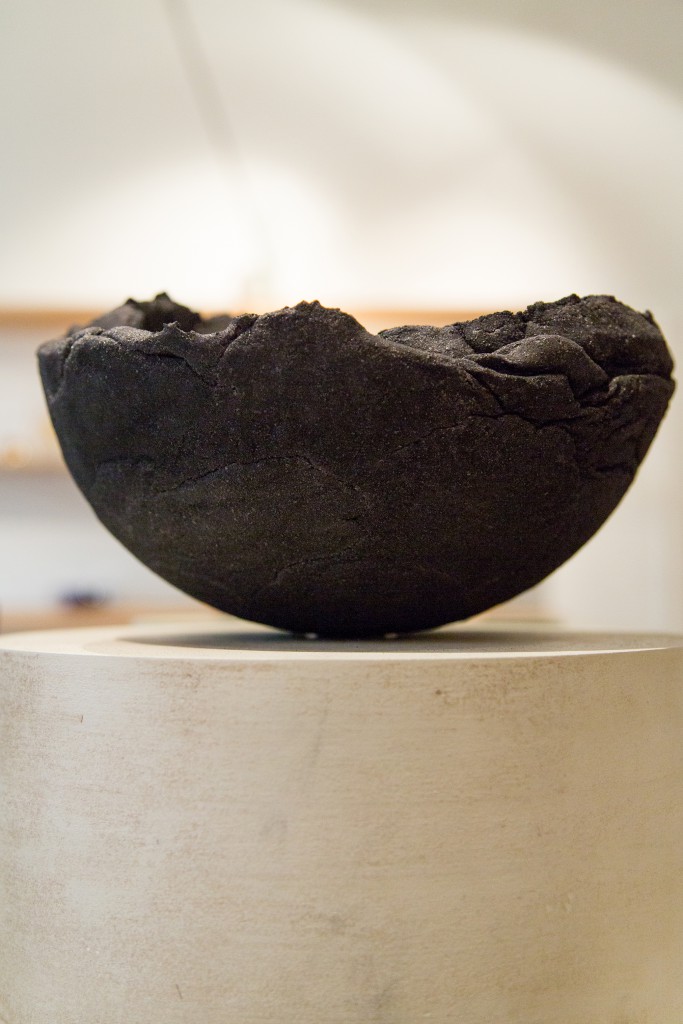 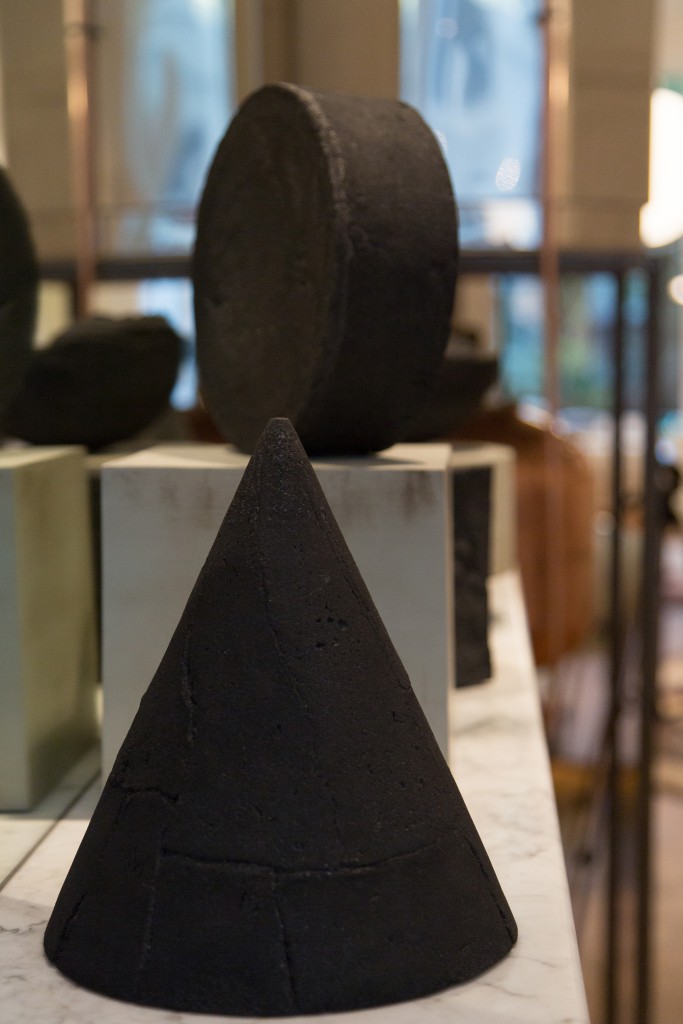 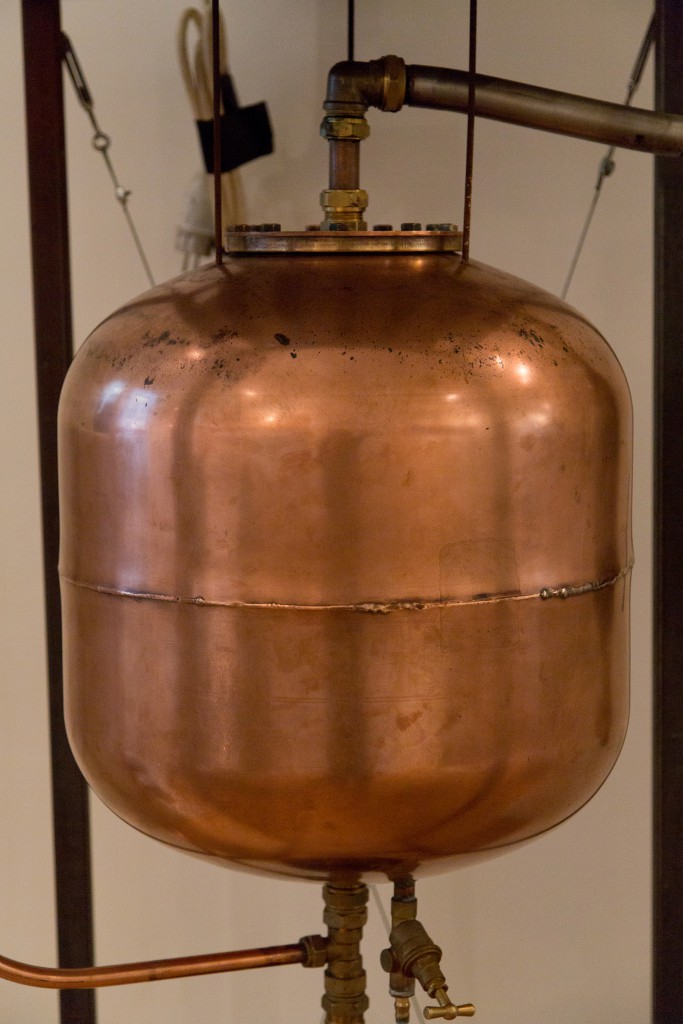 Installation view of Crystallized at Spazio Nobile until April 19
‹ Back