All your life you circle around the point where you try to capture and give shape to the core of your personality. You can’t always stay in the middle. In my case at least, I always had to go to the fringes to breathe again. – Piet Stockmans, 2020

Ceramics is, quite naturally, an art of edges. Every thrown vessel is a perimeter manifested, an object in orbit around itself; every ceramic sculpture a constructed mass whose energies congregate on the surface. Though it has a reputation for being domestic, even decorative, this is a fundamental misunderstanding: it can be the most extreme of art forms, poised always to push outward, testing its own boundaries.

This is Piet Stockmans’ view of the matter. He has conducted his whole career at the edge, both literally and figuratively. Among his most recognizable compositions feature numerous porcelain vessels and imperfect fragments, the lips of each marked out in a wash of blue. Despite their outward serenity, these installations can also be understood as energy fields, welling up against their own limits. The individual variations of each painterly edge suggest a barely controlled tide, a brimming chaos beneath. Over the course of his six decades in the medium, Stockmans has pursued the collision between order and turbulence, strength and fragility, following that dialectical instinct wherever it leads him. In his hands, ceramic seems not so much a terrestrial art form as an oceanic or celestial one: a domain of infinite amplitude, containing forces beyond our reckoning.

As this volume amply demonstrates, it has never been Stockmans’ way to rest easy. “In the course of my life,” he says, “I have often opted to start from zero again.” To be sure, there are constants in his work: above all his abiding involvement with porcelain, and what has come to be called Stockmans-blue, a shade redolent of the blue in Chinese wares, but also serving for him as an immediate personal identifier, much as Yves Klein used his own brand of ultramarine. These two materials – hard-paste porcelain and cobalt blue – are themselves extreme, in the sense that they survive in pure form at the upper end of kiln-firing temperatures (about 1400 degrees Celsius). Yet even as Stockmans continues to mine this palette, he does not think of himself as restricted by his it. He has worked in other colors with great effectiveness; and as for porcelain, “If I had found myself in a paper factory in 1963,” he says, “I would have made similar works, and nailed books to the wall.”

In other words, even though Stockmans’ work is assertively tactile – you can feel it without touching it – he is first and foremost a conceptual artist. To the extent that he does work in a consistent material idiom, that only emphasizes the dramatic changes of course he has undertaken as the decades have rolled on. Extremity is the one true constant. Even at the outset of his career, he was interested in form at its precise moment of disruption – the border where order and disorder confront one another. In the mid 1970s, while working as a designer in a serial production factory in Maastricht (Holland), he created a series of “defunctionalized” ceramics – coffeepots and the like, whose usefulness was canceled out like postage on an envelope. A related project involved casting utilitarian forms in blocks of concrete, and even more explicit and brutal way of withdrawing them from circulation.

These altered found objects (or “assisted readymades,” to use the Duchampian terminology) are in some ways outliers within Stockmans’ career; after leaving the factory to start his own studio, a transition that began in 1974, he has always made his work from scratch, with the intense rigor of a laboratory scientist or mechanical engineer. Yet in another sense, the logic of “defunctionalization” has remained with him ever since. Almost always, his works are legible as a site where something has happened, the predictable routines of ceramic production swerving into unprecedented territory. Stockmans doesn’t so much create forms; he makes material events. This lends his work a dramatic quality. Even at its most abstract, it contains within it a shape of time.

This narrative propensity attained its fullest expression after 1992, when Stockmans turned to figuration. He had suffered a double blow in his life – an ambitious attempt to establish a production factory failed, and he also lost a grandchild – and in response, produced an introspective series of sculptures dealing with the human body. The first works in this direction were cast from his own face – a metaphor for introspection, clearly, though Stockmans’ use of serial repetition established a distance from the genre of self-portraiture. These sculptures are, instead, meditations on the human condition, on both the psychological and physical planes: “All at once,” he comments of this work, “man became literally and symbolically utterly fragile and the skin utterly tactile.”

This new direction sustained Stockmans through a dark period, eventually developing not only into a wide repertoire of figural sculptures, and on to other, thematically related works. While diverse, these projects find a commonality in their merging these dualistic oppositions: liquid and solid, the subjective body and inert matter, the earthly and the cosmic, even life and death. One key material he has employed to this end is unfired clay, which he uses to manifest the principle of pervasive transmutation. He has found numerous ways to exploit its natural properties – the way it shrinks, buckles and cracks when left to its own devices. This is, among other things, a way to evoke the body’s mortality.

An installation at a church in Deventer, Holland, realized in 1999, is an allegorical life cycle: molds, completed forms, and shattered shards. Stockmans says he has a love/hate relationship with religion – he values its call to reflection, but despises its dogmatism. Dust thou art, and unto dust shalt thou return, the Bible verse has it. But clay, once fired, can never return to its pre-vitrified state. (“It does me good to catch God out,” Stockmans says.) It’s for this reason that it is our most valuable archaeological resource for learning about prehistoric cultures. Ceramic may come from earth, but to earth it does not return – at least not as it began. In this sense, it is the first instance, and still the quintessence, of the human propensity to transform.

I’d like to end this essay with one last, and extremely poignant, expression of these themes – again perched right at the edge of form. In an elegant reversal of his early “defunctionalizations,” Stockmans has begun to operate on broken pieces of porcelain, filling the cracks and voids of the vessels with purest blue. This series nods in a courtly manner to Japanese kintsugi, in which damage is similarly restored using lacquer and gold. As in that tradition, the pot is not so much repaired or restored as it is reborn. It is as much event, or action, as object.

Every action produces a reaction; everyone knows that. But few seem to feel that truth as deeply as Stockmans. Here and now, with a long career behind him, he has earned this opportunity to look back, and take stock. But will he stop taking risks? Never. 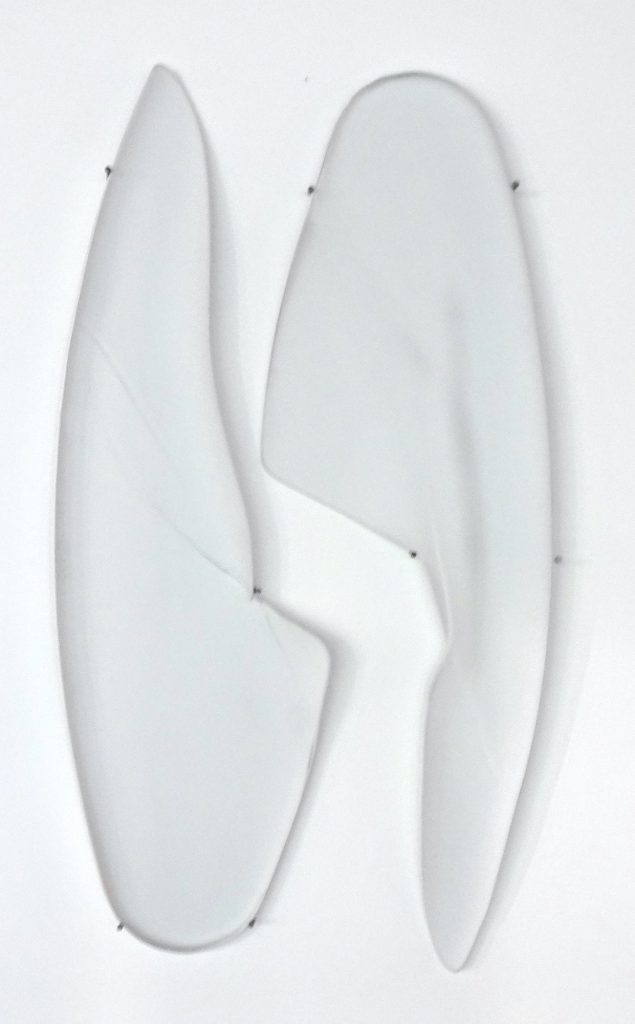 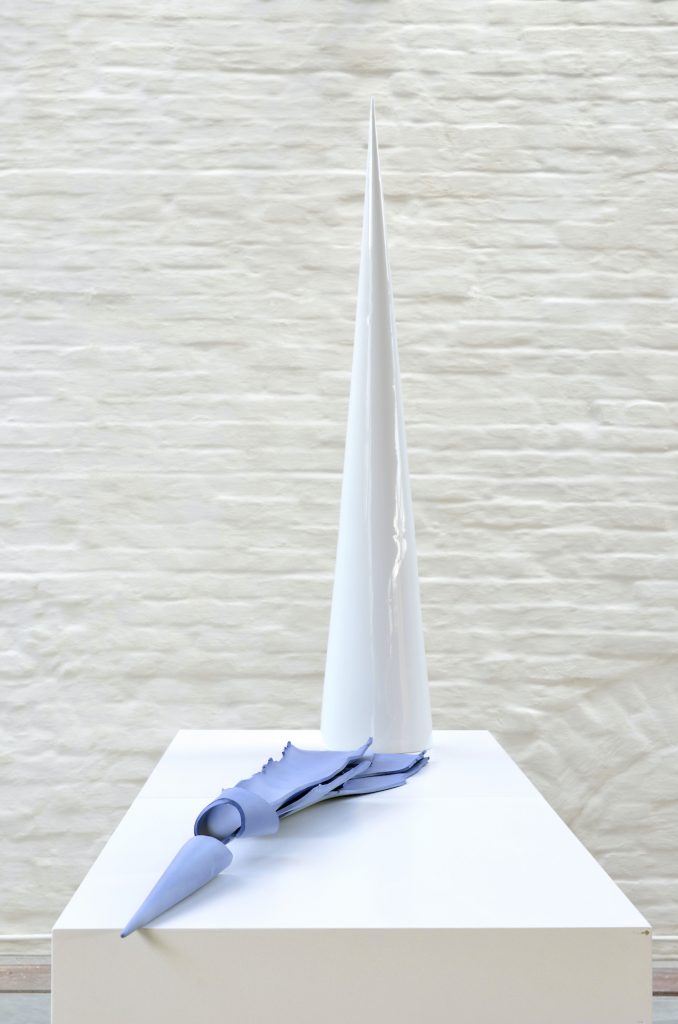 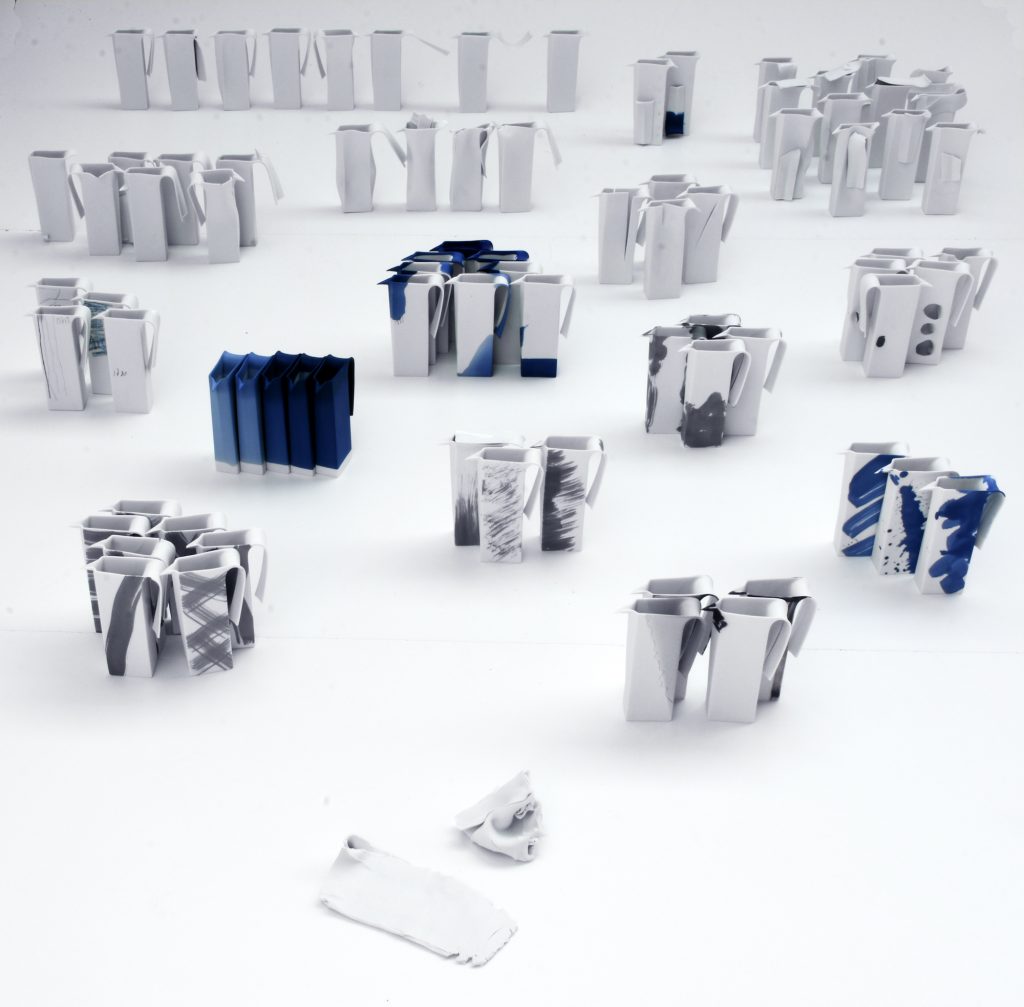 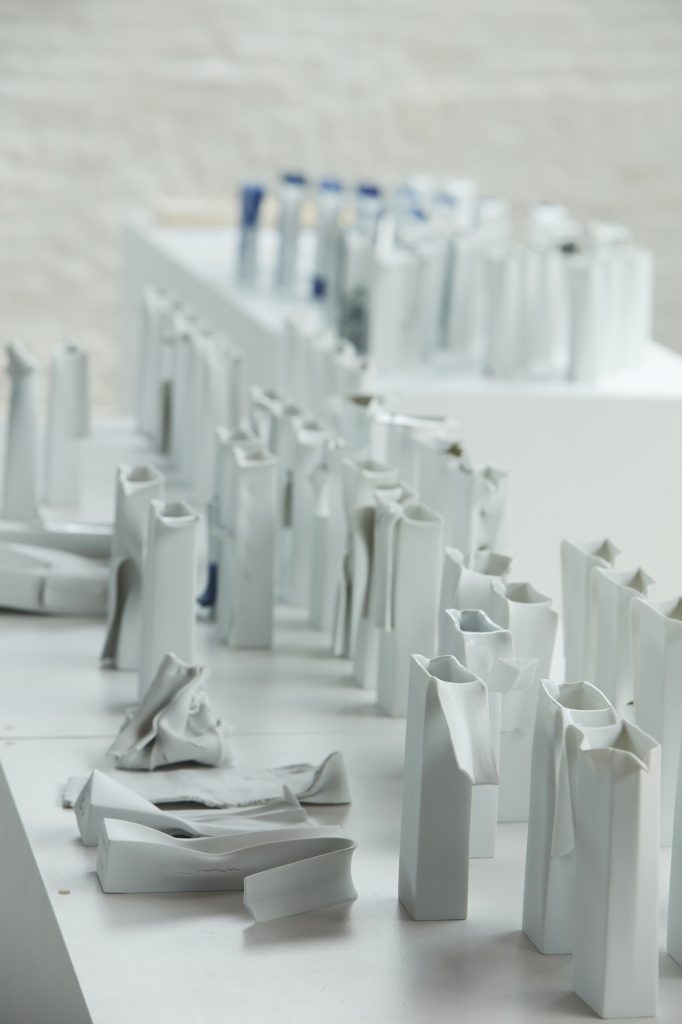 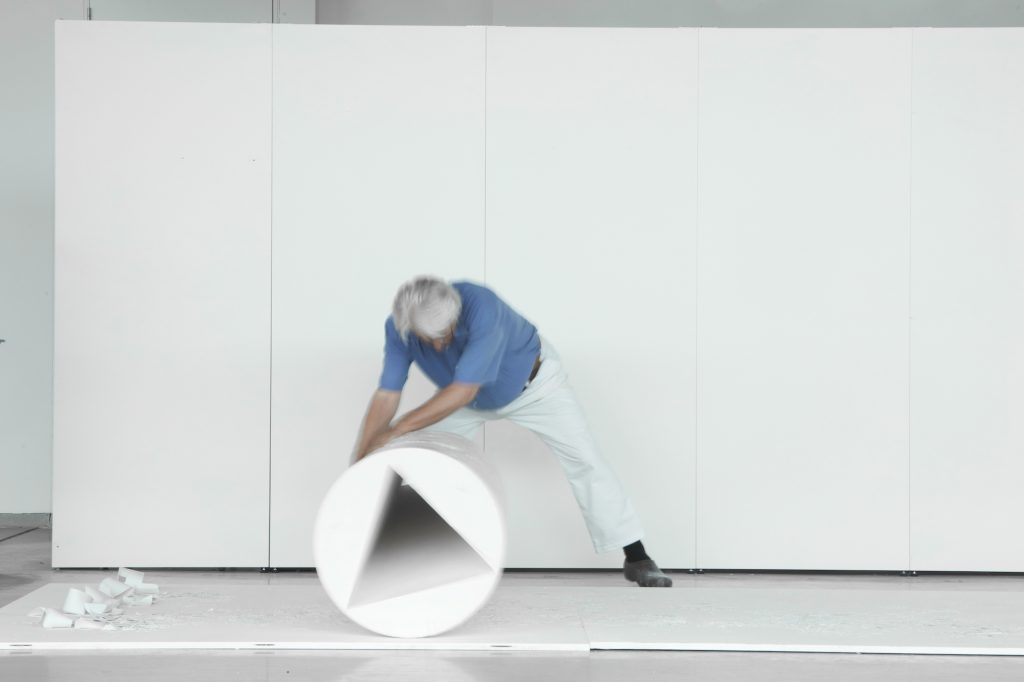 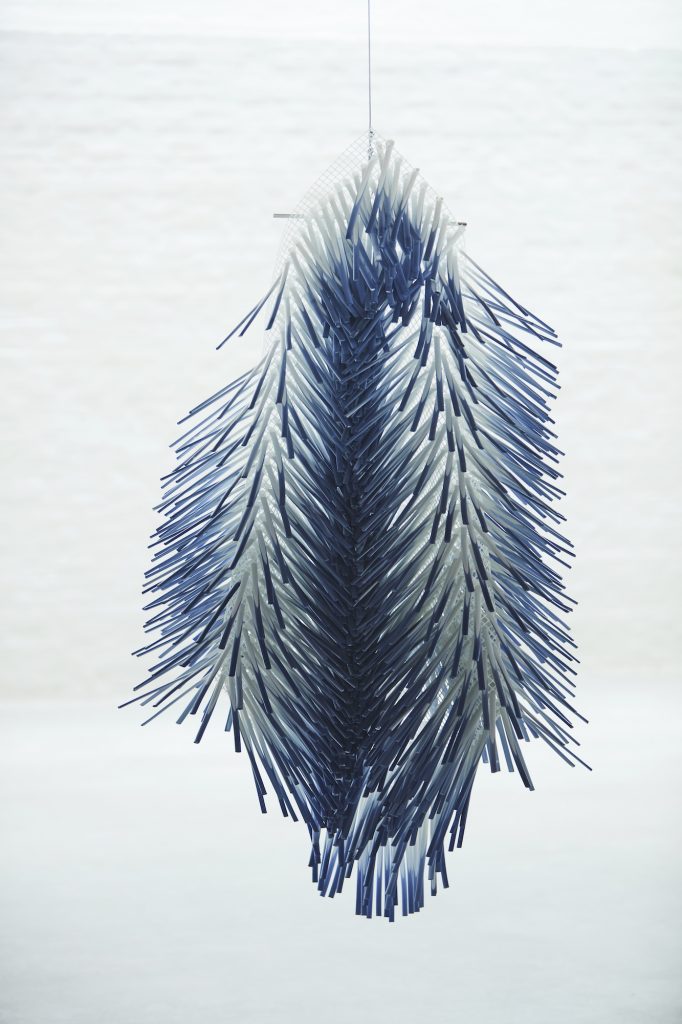