“It is a very curious world, the world of bathrooms, coming from plumbing distribution and at same time we join the world of design and architecture. It’s about finding the right approach,” says Marc Viardot about his role as Corporate Marketing and Design Director for the Roca Group.

Formerly the Director of Marketing and Products for Laufen, a Roca-owned brand, for over ten years, Marc Viardot helped transform the traditional Swiss bathroom brand into an international trendsetter. “It was an amazing journey with the best architects, designers and brands that I could work with,” says Viardot about their collaborations with designers such as Marcel Wanders and Konstantin Grcic.

In 2020, Viardot moved to the head office of the Roca Group in Barcelona. “Roca is a family owned business and there is lots of stability as it is the largest manufacturer in the world for [bathroom] ceramics. The challenge is to keep the company’s attributes of scale, volume and accessibility while building the brand name for the future,” he says.

Besides the two global brands, Roca and Laufen, the Roca Group includes around 40 local brands, and Viardot sees the benefits in keeping individual identities and independent brands while maintaining a shared synergy when it comes to tech platforms, production, and connected products in the future. “I strongly believe that industrial corporations of this size have some responsibility in not continuing with the same thing, or doing it cheaper in other countries, but to innovate and research, both in design and sustainability and [in doing so] also becoming more relevant.”

His first collection with the Roca brand is Ona, which means wave in Catalan, and is “a design line that pays homage to the Mediterranean Sea, its landscapes, lifestyles, colours and scents.” The product line launched late in 2021 and was presented at the Furiosalone in June 2022, the first time Roca has participated in the Milan fair. The collection was subtly integrated into a beautiful installation created by Barcelona-based design firm, Cobalto Studio. Titled Influence, the installation pays homage to the roots of Mediterranean architecture– from the ancient Talayot stones , remains of which are dotted along the coast and in the Balearic Islands, to the dappled light, the rhythm of waves and currents and the soft, neutral tones of whites, beiges, and blues. While Influence features products of the Ona collection, the experience is more immersive and sensory. Cobalto Studio used data from a network search system called REDEXT (Deep Water Boats Network) that paired the movement of the waves to the movement of the lighting in the installation. As viewers entered into the white, circular structure it was as if walking through an imagined seascape, with sand and agaves, the sound of the waves, and soft lighting dancing across the surfaces. Influence, which used reusable materials and optimised natural materials, was part of the fair’s INTERNI Design Re-generation event, which promoted sustainable design initiatives. Ona, while a mid-segment product line designed to sell, also puts forward new ideas and innovations. It is made with much less material than conventional bathroom ceramic furniture, which makes it easier to transport and therefore less CO2 emissions, there are special surface coatings, a new hinge on the toilet seat, details that are meant to bring a long-life span.

“Influence connects to the roots of the Barcelona-based company that is directly connected to Mediterranean culture. I see these values of where the company was born and is based,” says Viardot.  With over 24,000 employees, it’s a tall order to take the entire organization on this journey, and he notes that it will take time, “but with this installation we can make everyone understand in one way or another the direction of the company, the products, the connection to design and architecture.  It’s a starting point and Milan marks an important milestone in the evolution of the brand.” 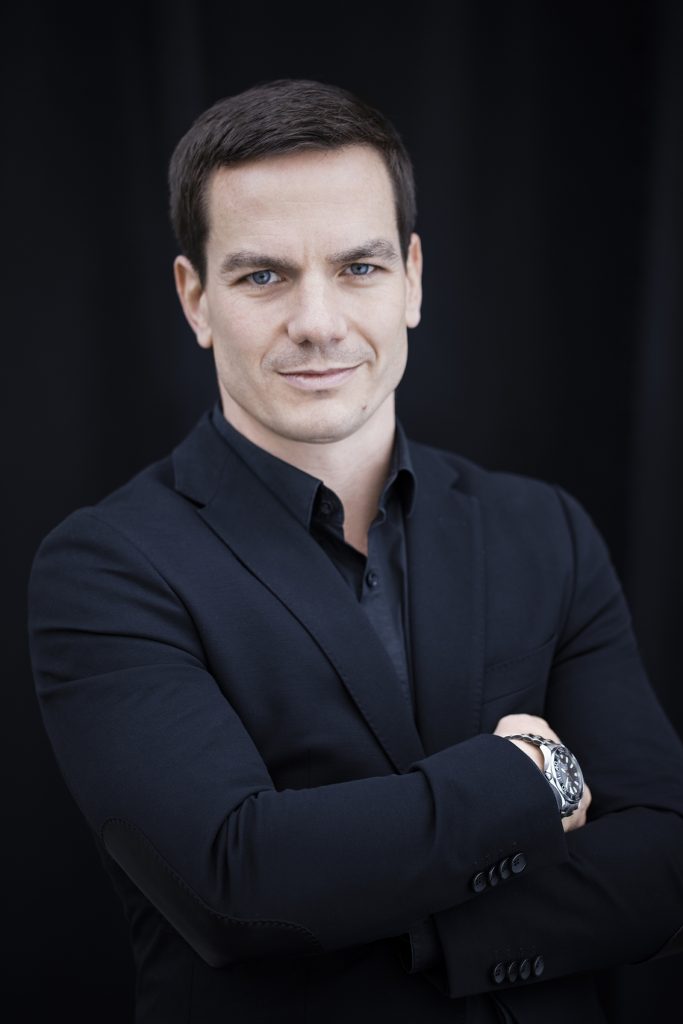 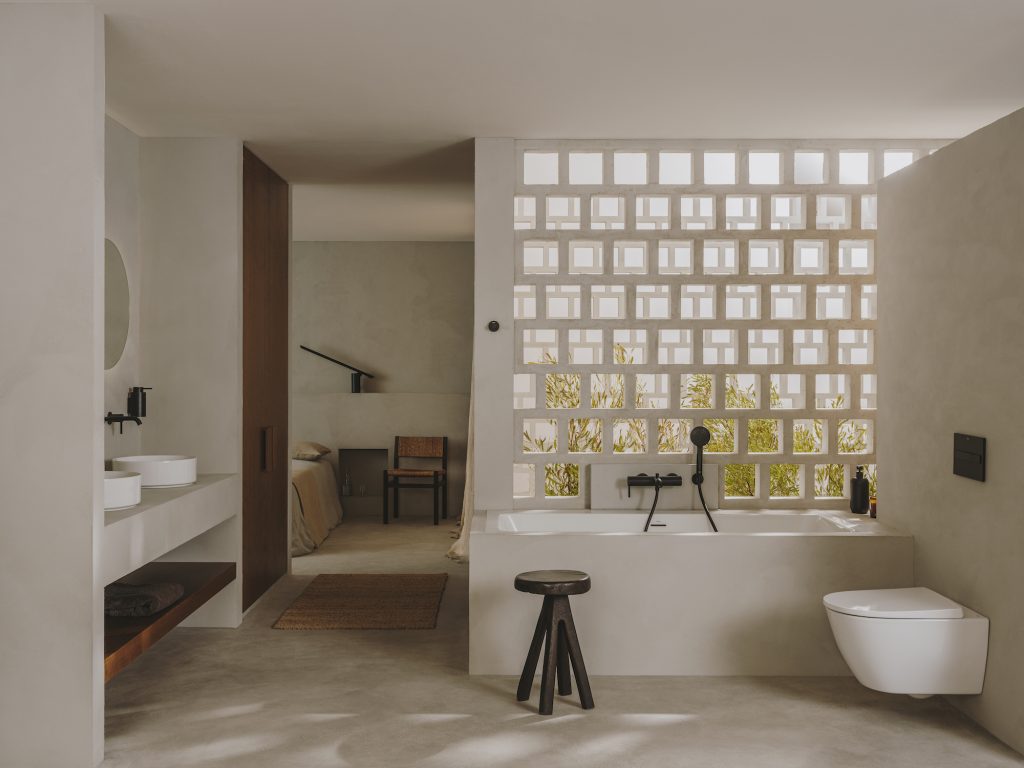 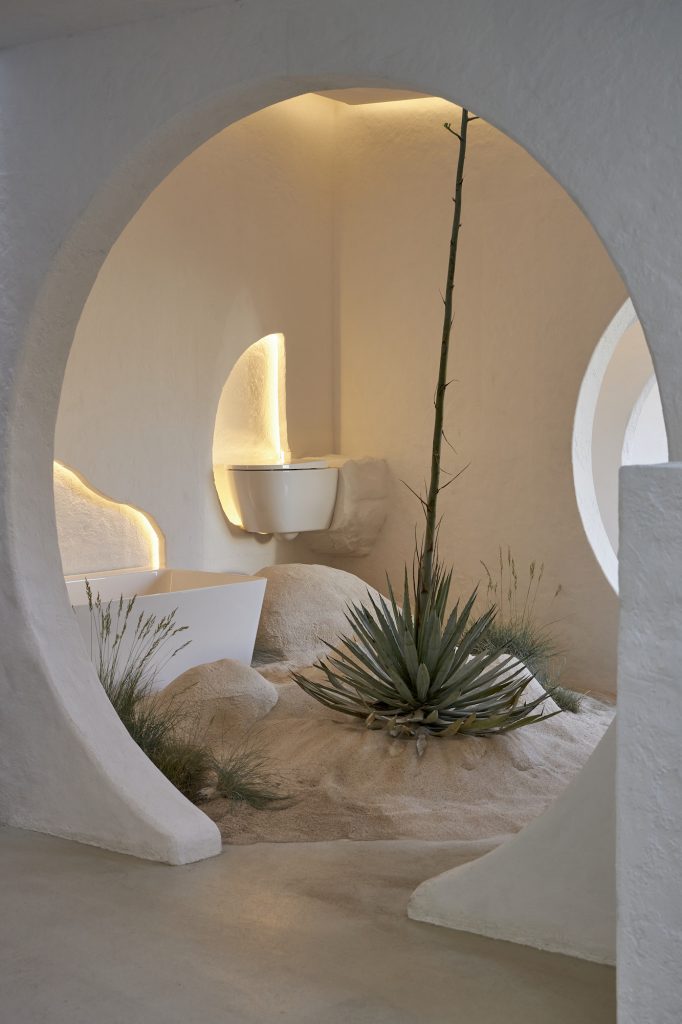 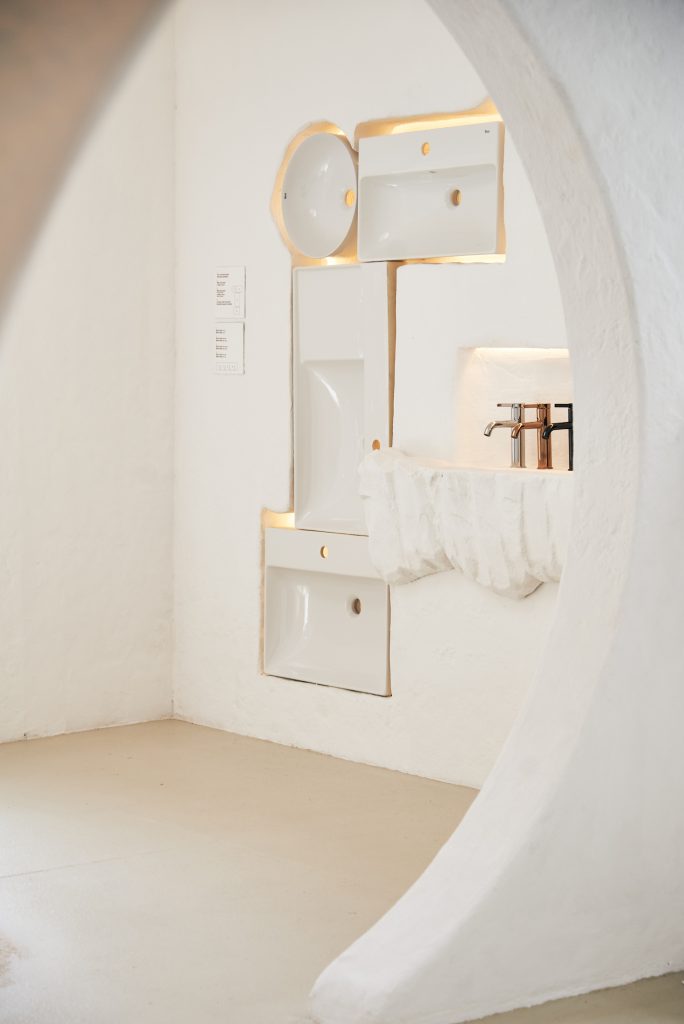 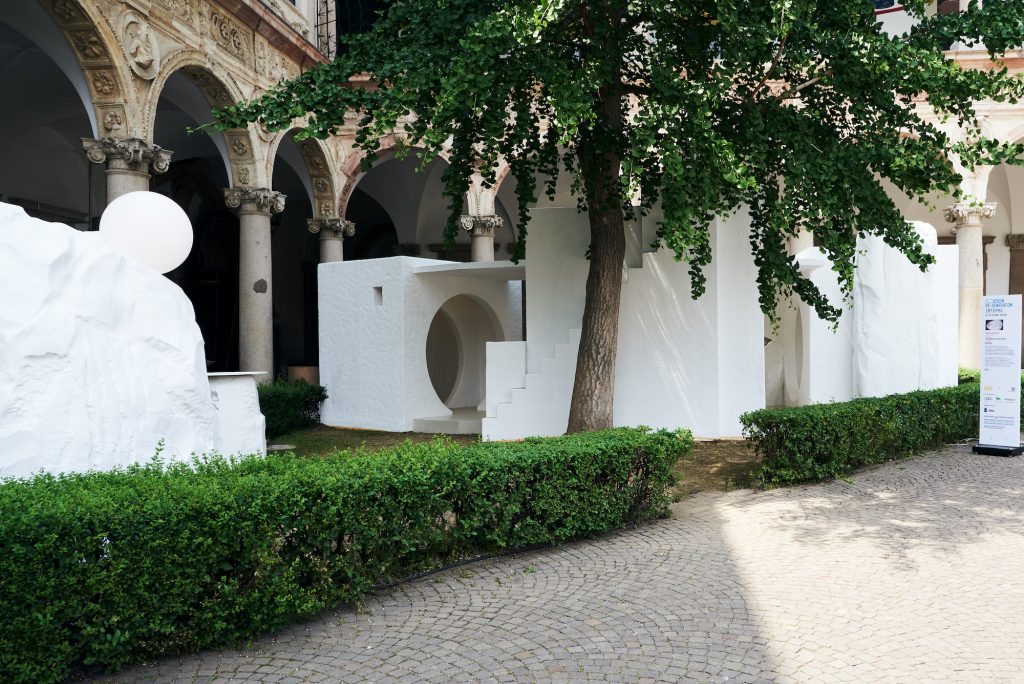 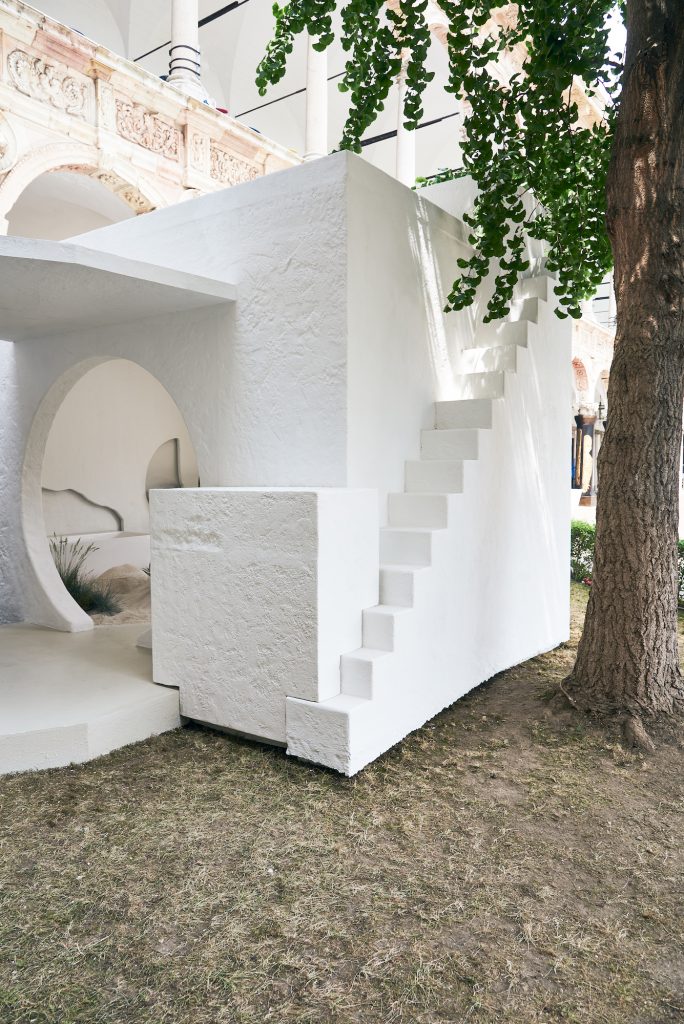 Influence, Installation by Cobalto Studios for Roca Group. Milan 2022
‹ Back