The daily tasting menu of the award-winning Celler de Can Roca, a veritable gastronomic institution in Girona, brings in six large polystyrene containers from local fish vendors. Those white crates used to go to waste —the material is rather difficult and noxious to recycle— until Andreu/Carulla, the restaurant’s go-to product design studio, suggested turning them into furniture.

And thus, under the Roca Recicla zero-waste initiative, the RR201 stools were born.

The honeycomb-shaped seats are made by shredding the containers into raw expanded polystyrene through a custom-made pedalling machine, in order to limit the use of electricity. The material is then moulded and injected with steam to set the shape; finally, each piece is sprayed with an eco-friendly coating that gives the stool its pastel hue. Meant to be used in the Michelin-starred restaurant or sold as limited-edition keepsakes to the 45 guests who visit the restaurant every night, the RR201s are designed to last a lifetime.

This isn’t the first time the two Catalonian lateral thinkers have worked together to give new life to everyday materials: the Roca brothers and Carulla have produced sketched cutlery, bendable plates, a hot ice cream machine and a pop-up card that doubles as a serving space. But this is one of the first products made under the Roca Recicla umbrella, an innovative environmental project in the high-end restaurant industry. That caught the eye of Rossana Orlandi, who displayed the deceptively light —that’s less than two kilos, even if they look and feel like concrete— but unexpectedly durable stools in her Guiltless Plastic selection during this year’s Milan Design Week.

“The [Rocas] have a lot to tell and they tell it very well… so this is just adding one more element to their story: you’re sitting on furniture that’s integrated into the story of the restaurant,” explained Andreu/Carulla’s Adam Johnston. “It’s something made from the transportation boxes that bring the best produce to them, they make the best food in the world, and now you’re sitting on a part of that chain.” 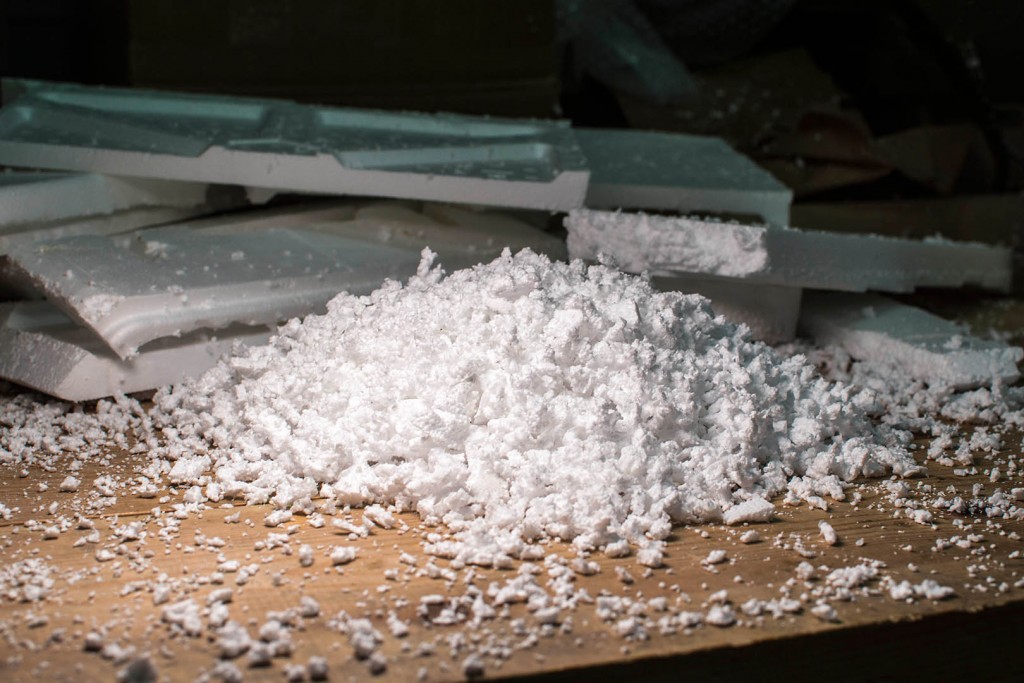 After cleaning the used boxes, they are manually shredded into raw expanded polystyrene 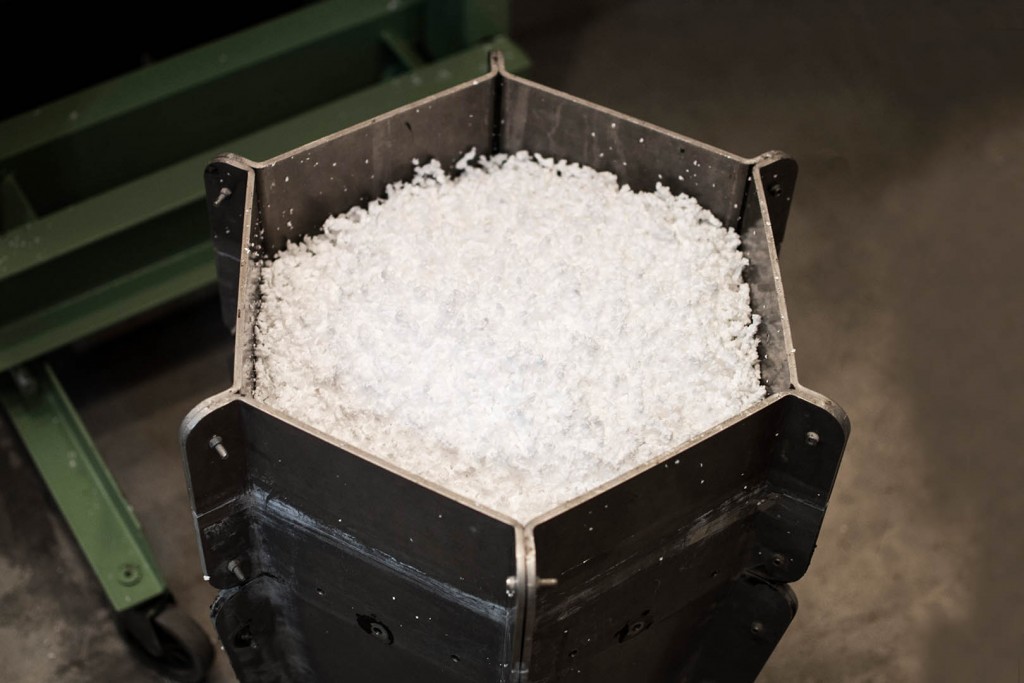 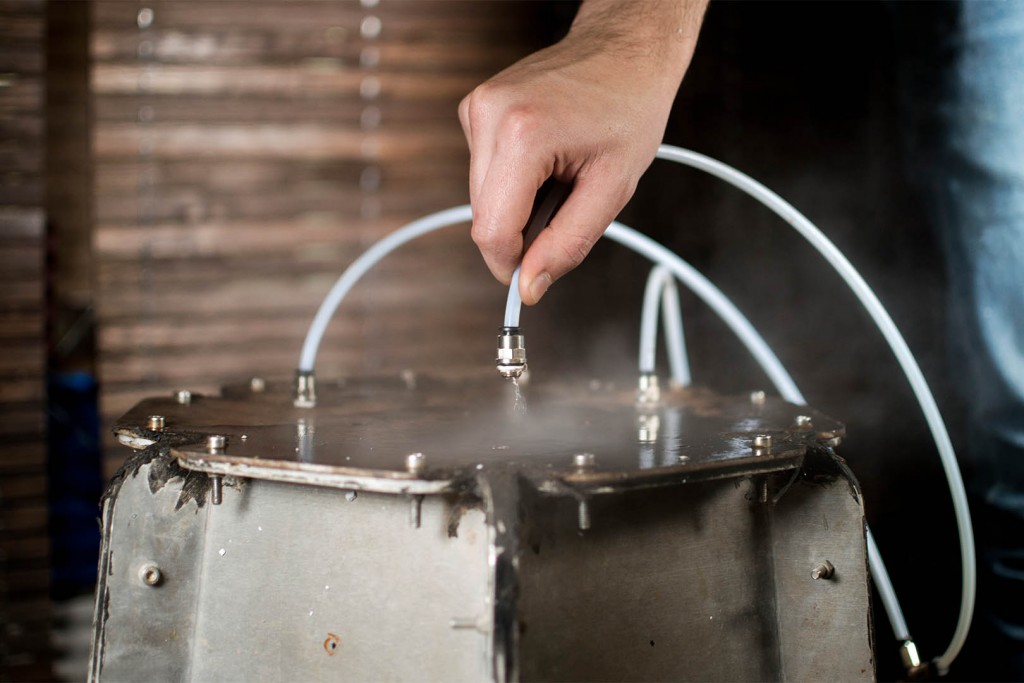 Instead of melting the polystyrene, which has noxious results, the material is injected with steam 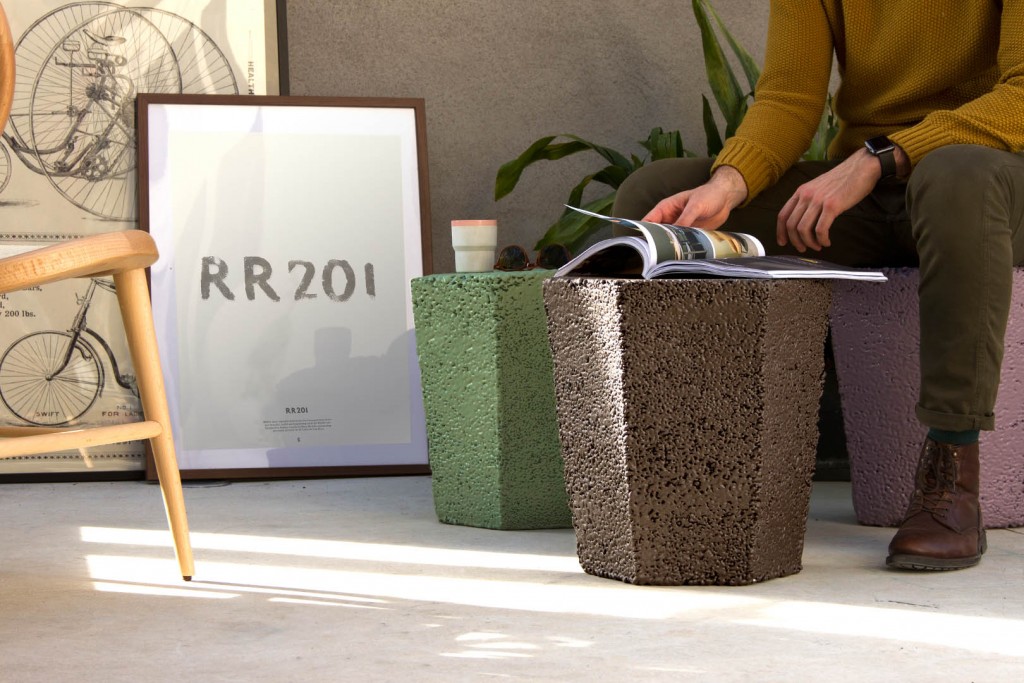 After applying an eco-friendly colour coating, each stool weighs less than two kilos
‹ Back