Twelve projects by media students of HEAD–Genève are designed to distract us from our screens, getting us playing and socialising the oldfangled way again.

“Play is the highest form of research,” said Albert Einstein famously. Parallel to the rise of roboticisation and artificial intelligence, concepts like play and creativity have become increasingly popularised as skills unique to human intelligence.

Offering 12 antidotes to the dearth of spontaneous playfulness experienced in our screen-saturated world was HEAD–Genève – the Geneva  School of Art and Design – during Milan Design Week. These “designed distractions” were conceived by the Media Design Masters students to coerce us into playful and social forms of interaction.

The exhibition concept and title, Salone Ludico, harked back to the French origins of ‘salon’ as a space for greeting visitors, before the 18th century when it came to more describe an exhibition or commercial gathering space. Using salon in its original private, domestic context, Salone Ludico became a space for entertaining friends and playing parlour games.

Installations ranged from a robotic mixologist to infinite rooms that became a spatial Playstation, not to mention the underground games room. Explore the projects in TLmagazine’s gallery; you’ll no doubt agree that HEAD–Genève got design’s game on. 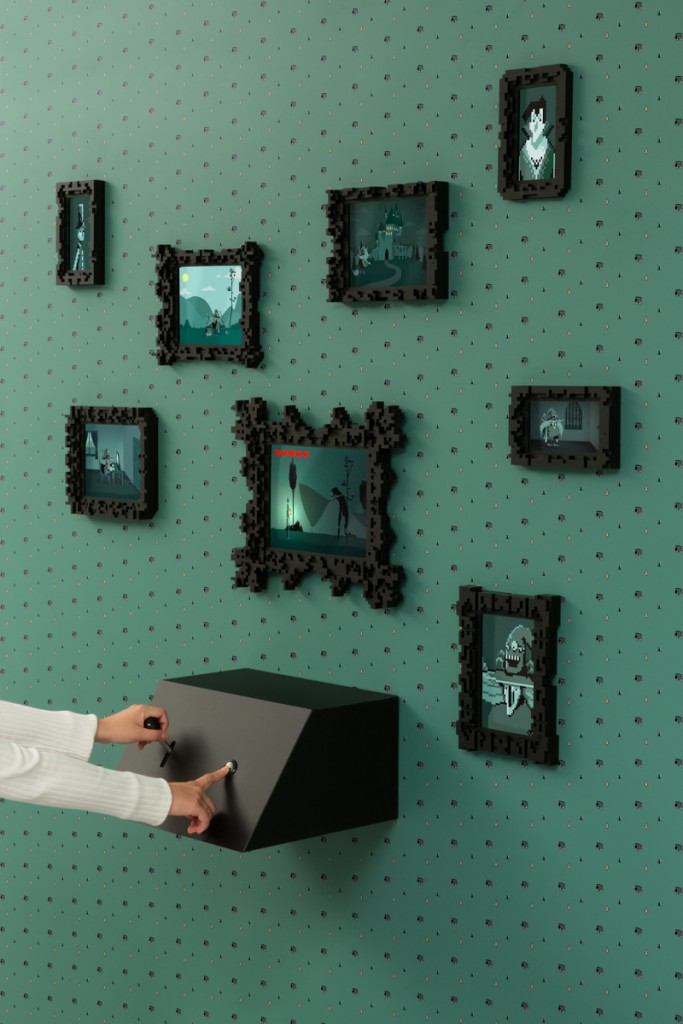 DarkLight by Sarah Bourquin, Jessica Friedling, Valérie Pierrehumbert, Eun-Sun Lee. DarkLight is a pixel art runner adventure story distributed across several picture frames. In the central tableau, players control Lugh as he traverses the dangerous forest of monsters to save his grandmother witch Maralla from the evil Dracula89. 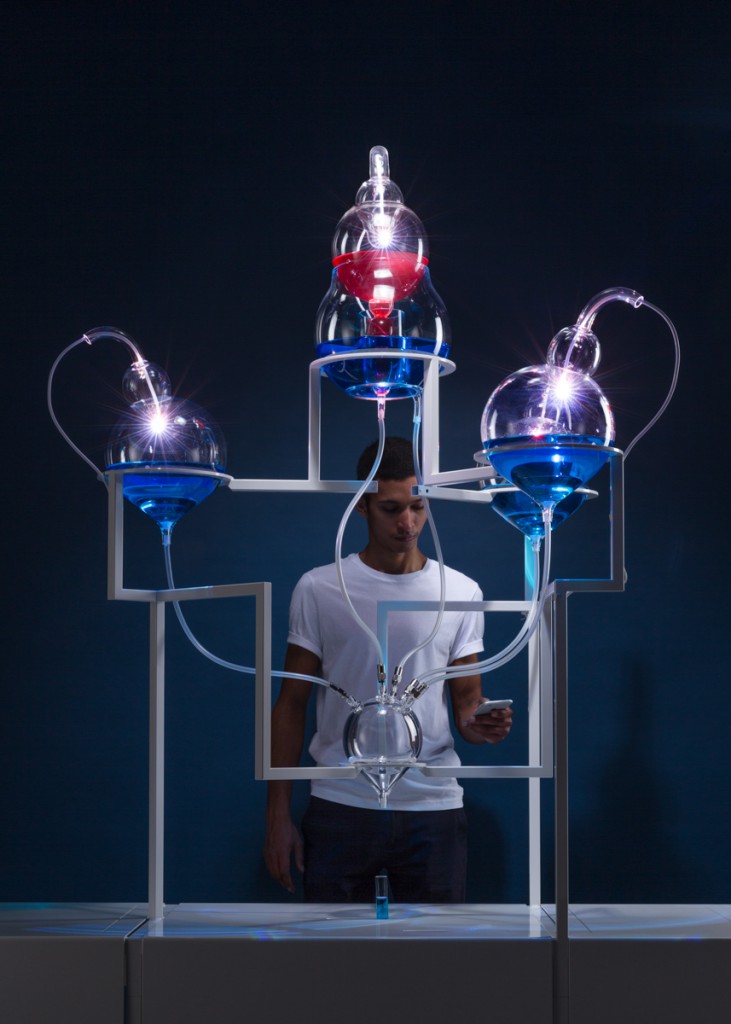 Penultimo by Margaux Charvolin and Jessica Friedling. A hybrid cocktail apparatus, inspired by the world of alchemy. As players descend into the depths of a smartphone game, their actions within the app concoct a unique elixir from the innards of the physical machine. 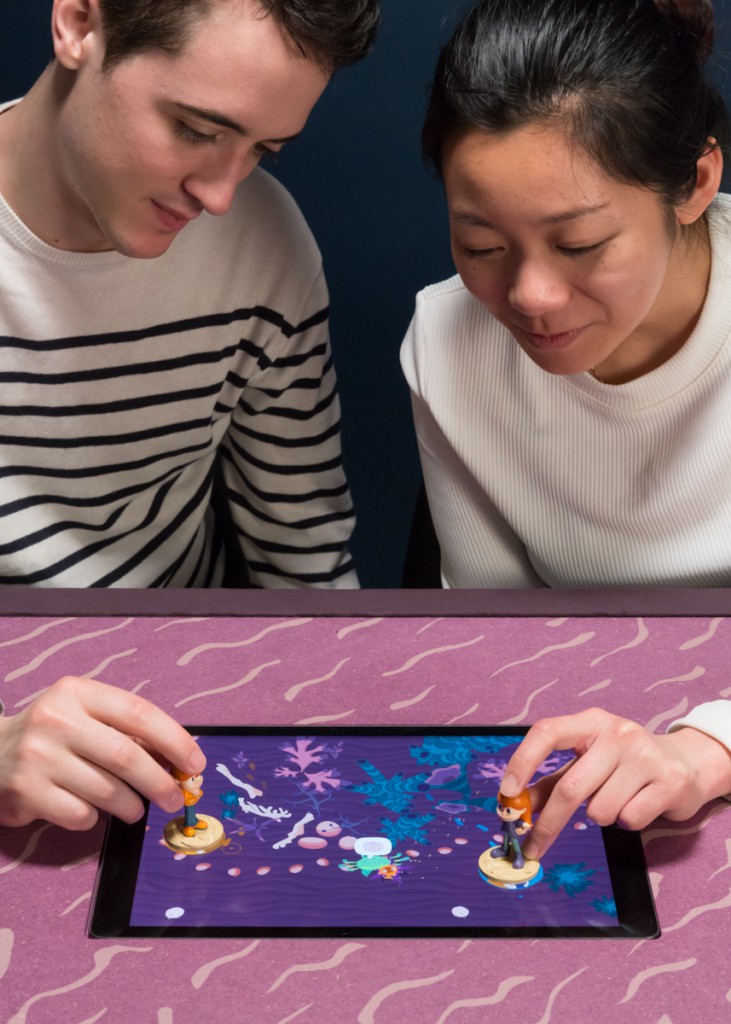 Oniri Islands by Marion Bareil, Tourmaline Studio. Physical figures become your interface into the world of Oniri Islands where a brother and sister, lost on a mysterious island, search for their shadows. A cooperative game where players must discover, together, how to navigate the world. 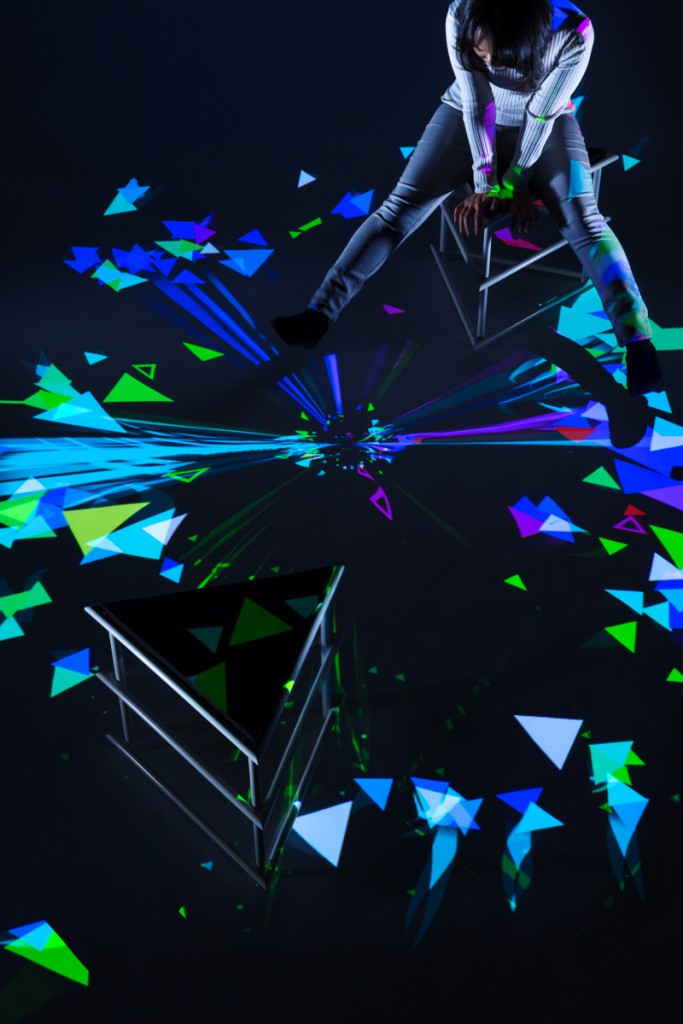 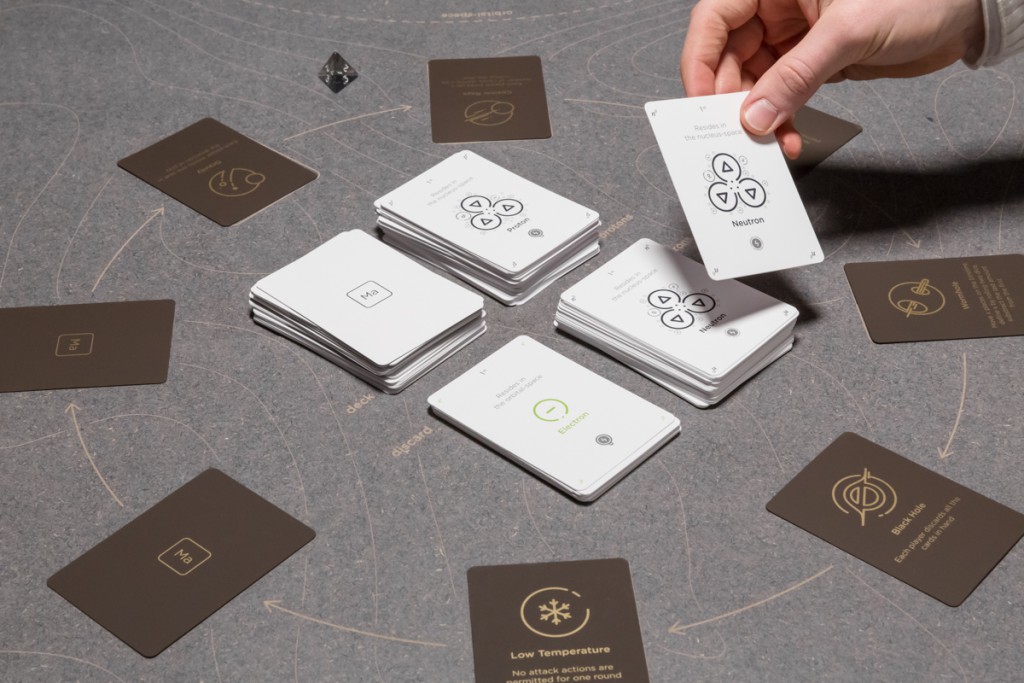 Massive by Patrick Donaldson. Based on particle physics. Approved by the physicists. Massive is a card game that teaches the laws of the universe at the smallest of scales. By combining particles, the players build their own atom within the influence of cosmic phenomena. In collaboration with IdeaSquare, CERN 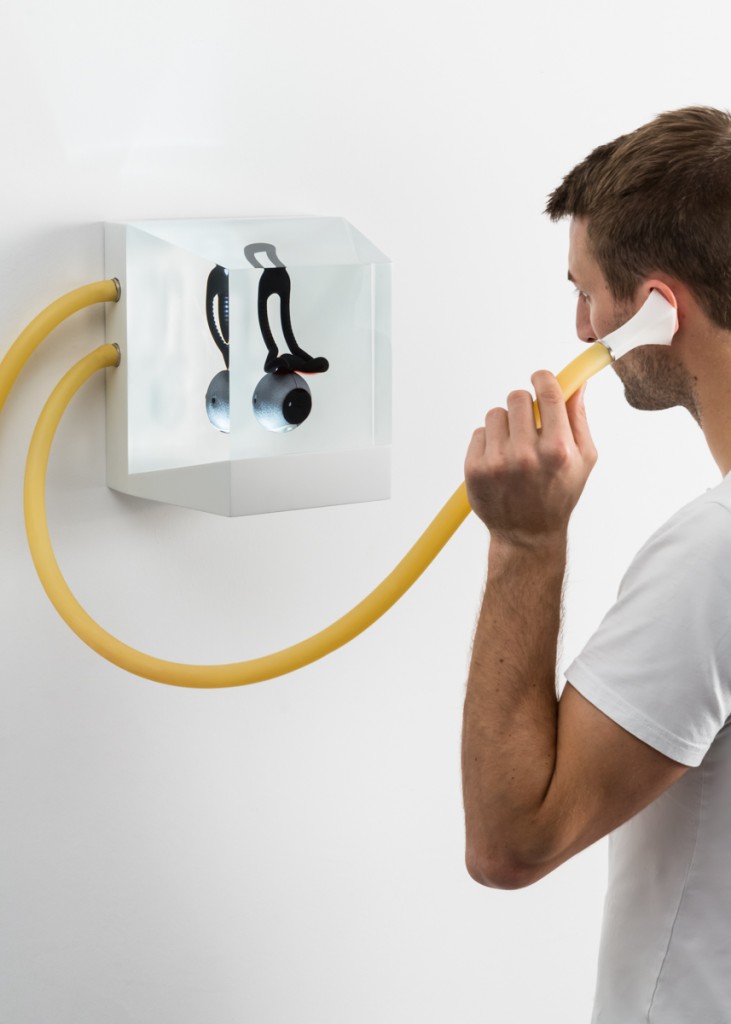 Murmures by Benoît Renaudin. A cabinet of curiosities excavated from the year 3017. A series of objects from the Ssiws, a people living on the shores of Lake Namel. These capsules tell us about the customs and rituals of this centrally significant tribe of the old Aporue at the beginning of the millennium 2000. 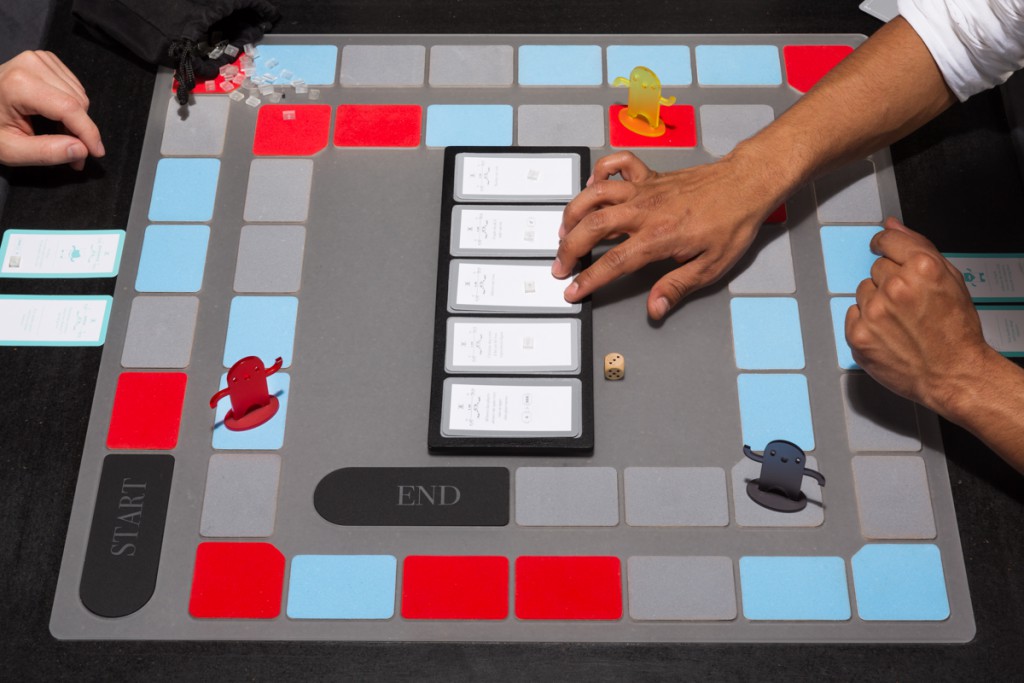 Democrapcy by Yoann Douillet, Mélissa Pisler, Israel Viadest with Marion Bareil & Léa Schönfelder. A board game parody of the modern democratic system where class, gender, and religion determine your station in life. The game explores and questions citizens’ conflicts of self-interest, through a system of votes that allows players to change the rules to their own advantage, or to the disadvantage of their adversaries. Democrapcy was developed in collaboration with the Chancellerie d’État of Geneva State to encourage teenagers to explore issues related to the voting process. 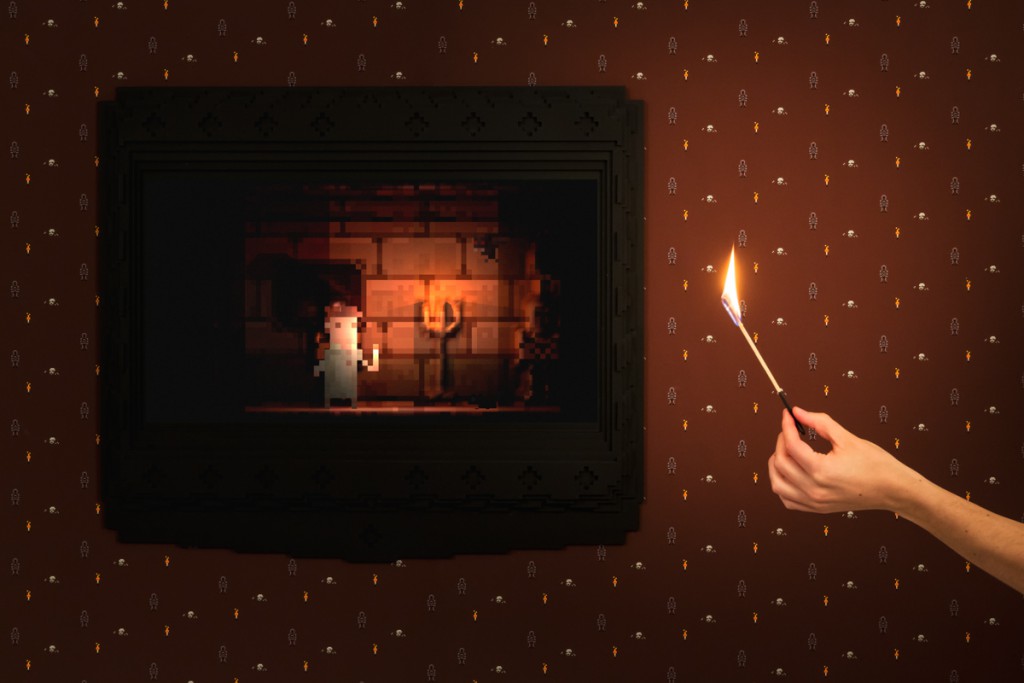 BloodBank by Sébastien Beureux, Marianna Czwojdrak, Laurent Monnet and Vincent de Vevey. Hold a physical flame up to the digital dark- ness to escape from Dracula’s castle. Avoid monsters and keep an eye on your match in order to survive. As the flame runs out, so does the time remaining to make it out alive. 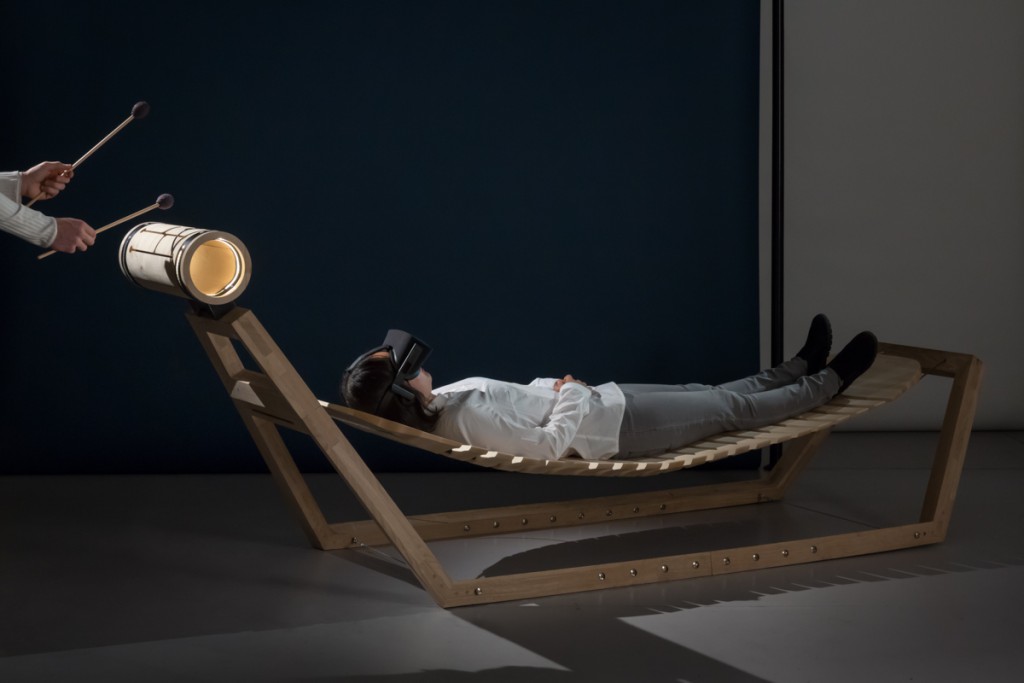 Ximoan by Patrick Donaldson, Yoann Douillet, Raphaël Henocq, Laurent Monnet. After virtual reality & augmented reality, transcendent reality. Lay down and place the helmet over your eyes. This is your death. You are now transported into the world of the deceased and must be guided by a shaman into the world beyond using a redesigned digital teponaztli. 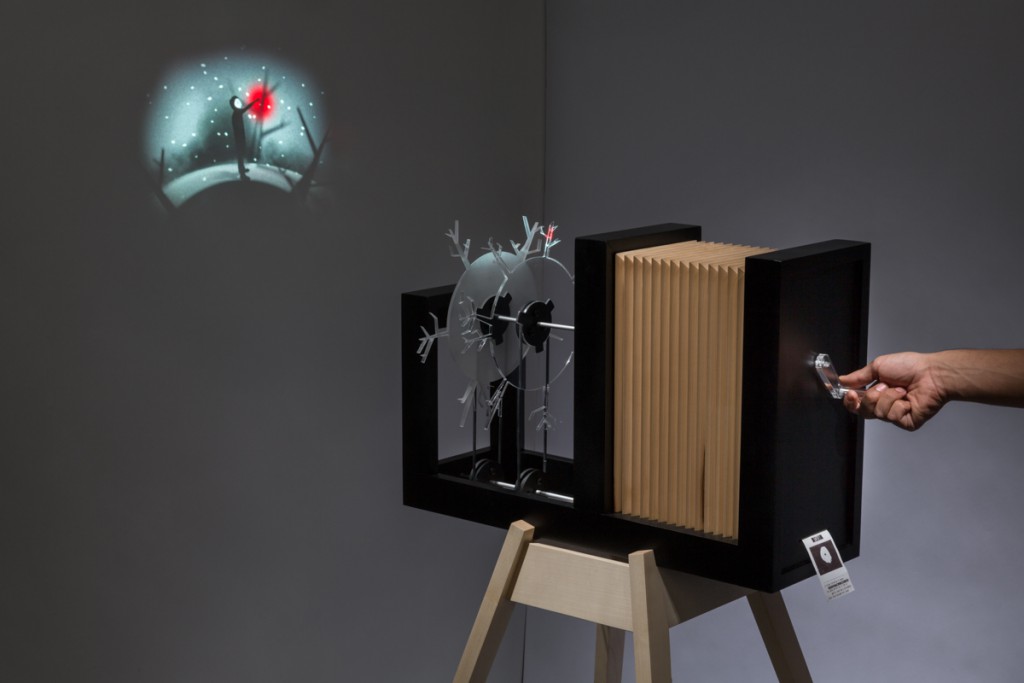 Penumbra by Margaux Charvolin, Israel Viadest. An interactive storytelling machine exploring the concept of time through the physical and the ephemeral. As players turn the handle clockwise and counterclockwise, a character moves forward and backward in time, generat- ing a short story that visitors can take home with them. 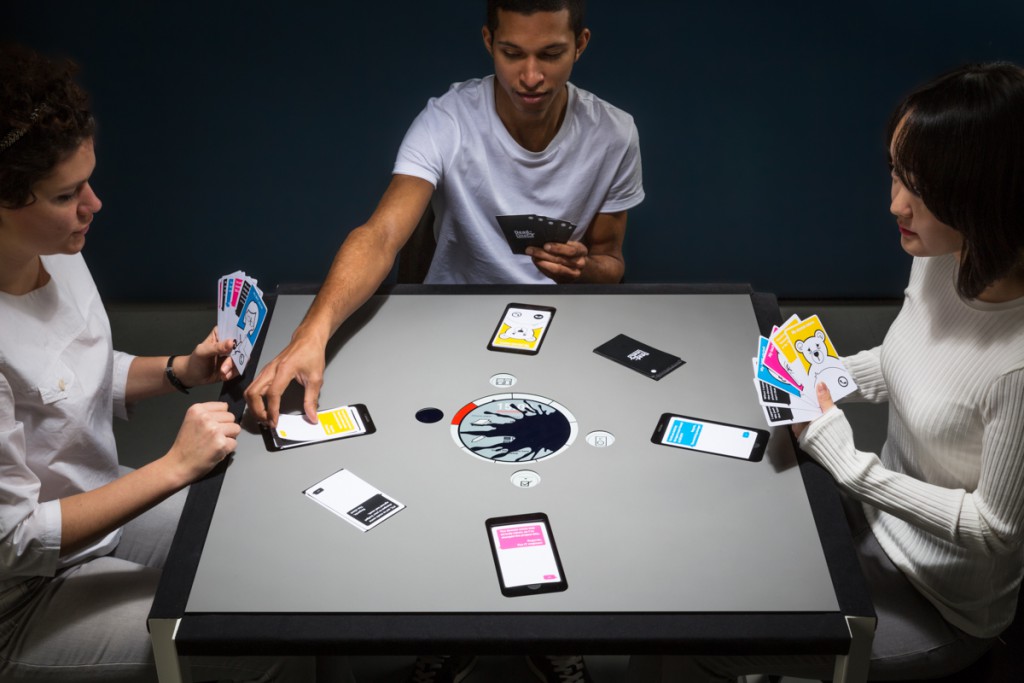 Deadline by Marion Couesnon, Valérie Pierrehumbert. A game exploring the trials and tribulations of a graphic designer, trying to complete their mission while receiving an infinitely growing list of requests. A central digital manager controls the flow of the game, adding obstacles to each player’s hand. 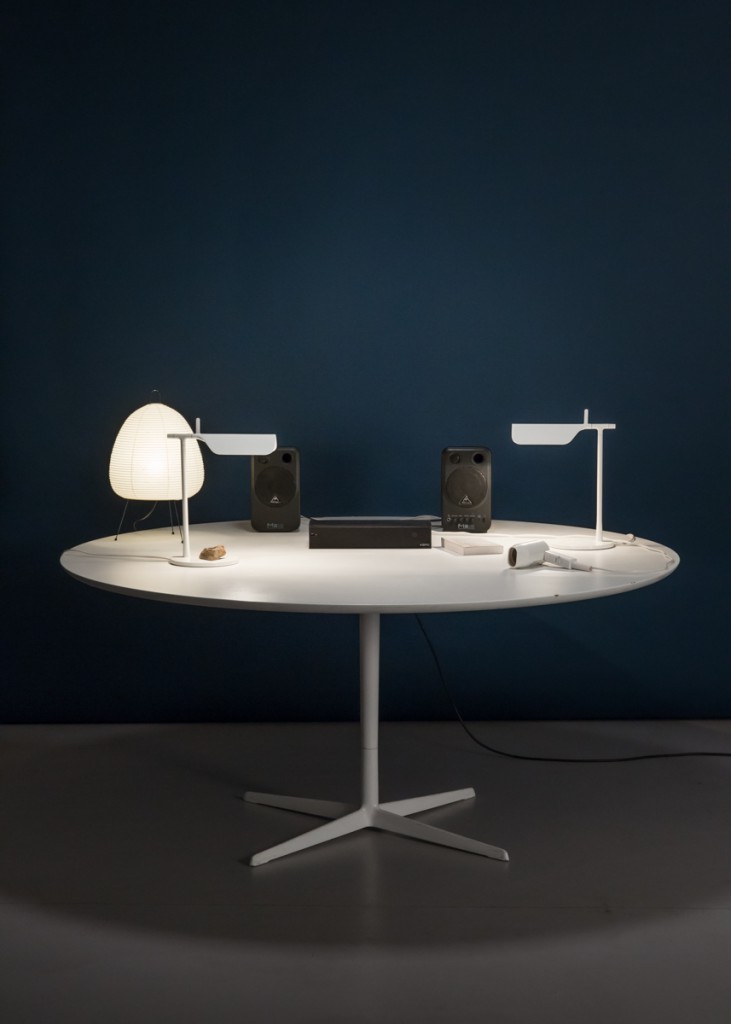 KBPS by Étienne Ndiaye. Situated somewhere in between home stereo, sound installation, jukebox and club system, KBPS offers an inhabitual multisensorial musical experience. Each USB key contains a music track, synchronised with a system that directly controls four electrical outlets. Each musical key contains its own experience of light, sound, and even air.