When Mildred Constantine and Jack Lenor Larsen wrote these words in their seminal book about textile based art in 1973, Sheila Hicks was a young artist establishing her career, but they could be easily applied to Sheila Hicks in 2019. Prescient words for sure, yet it’s clear that they both saw the force that lay within this artist; not just the talent, but the intuitive ease with which Hicks makes connections, uses thread to tell a story and translates her creative vision through the materials.

Sheila Hicks creates work that transports the viewer on a visual journey. Titles such as Rabat, Córdoba or Badagara evoke a place where Hicks once lived or travelled to, but it goes deeper than that, and is felt in the subtle details such as the intricate weaves of different materials, or a feather or razor clamshell picked up a beach added in the frame, or even in the thick layers and bundles of twisted threads that absorb us emotionally and visually.

Whether large or small scale, conceptual or performative, sculptural or wall hanging, if there is a phrase that can describe Sheila Hicks’s work throughout her career, it could easily be, ‘pushing the boundaries’. She opened up the playing field for fibre artists in the 1960s and she remains a source of inspiration for artists today working in fibre as well as other mediums from painting to product design. Thoughtful, impactful, surprising, warm, bold, and tactile are a few descriptives of a body of work that can be so visually absorbing that is hard to stop looking. And yes, you want to touch them too.

At 85, there is no slowing down – lucky us. When we spoke by phone about her recent exhibition at the Museo Chileno de Arte Precolombino, in Santiago, Chile, which was a homecoming of sorts for Hicks who lived in this city in 1957 when she was awarded a Fulbright scholarship for painting, and where she first started to develop her interest in working with fibre, she was also preparing the final details on the installation of Pillar of Inquiry/Supple Column, 2013-2014, as part of the re-opening of the Museum of Modern Art in New York. Back in Paris, she was planning on presenting a new piece, Camino lento y seguro, with Massimo Minini Gallery for FIAC Art Fair, which is both art object and functional design, where dried cornhusks woven into gauzy, white fabric serve, in Hicks’s own words, “as a solution to the light that penetrates all of those high rises that look out over the Highline in New York City.” A smaller version of this piece was seen at her solo show at New York gallery, Demisch/Danant, in June 2019, where it was placed in the window and, Hicks noted, “caught the eye of many passers-by wanting to know about this interesting screen.” These subtle shifts as to what an object can be and what fibre can evoke is what give her work such an undefinable force.

Sheila Hicks’ work is currently on view as part of the group show Diversity United at Flughafen Tempelhof, Berlin, until 19 September, and the group show Elles Font l’Abstraction at Centre Pompidou, Paris until 23 August.

She is currently showing a solo exhibition, Music To My Eyes, at Alison Jaques Gallery, London, until 31 July, and another, entitled Cosmic Arrivals, at Francesca Minini Gallery, Milan until 17 July. 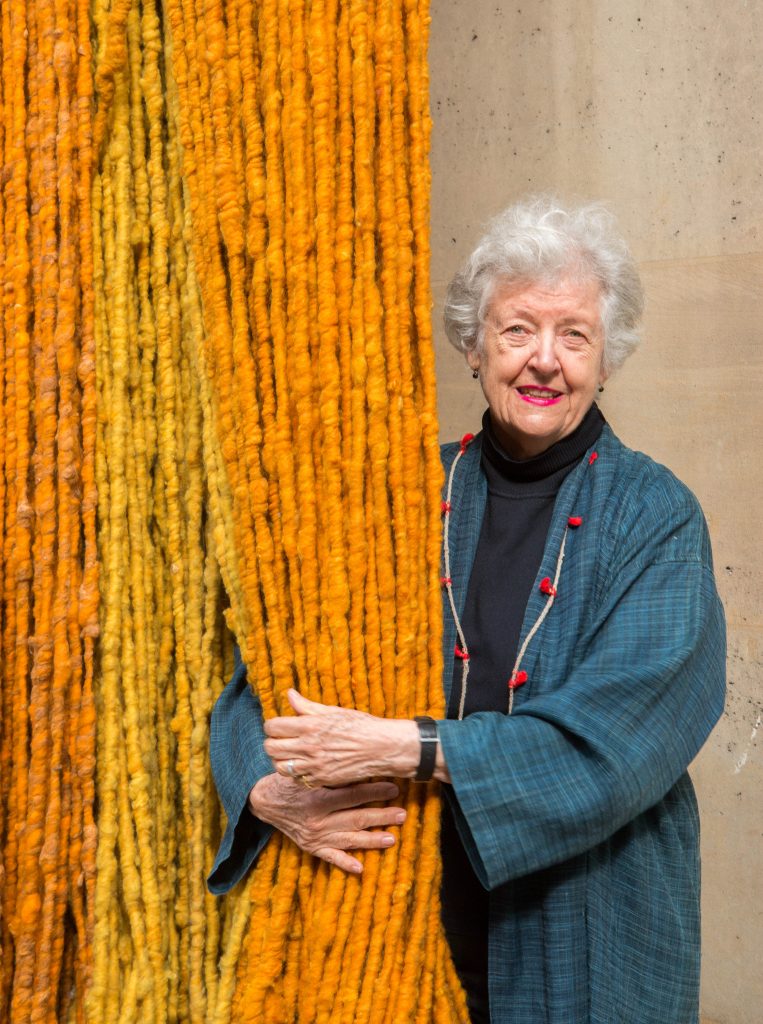 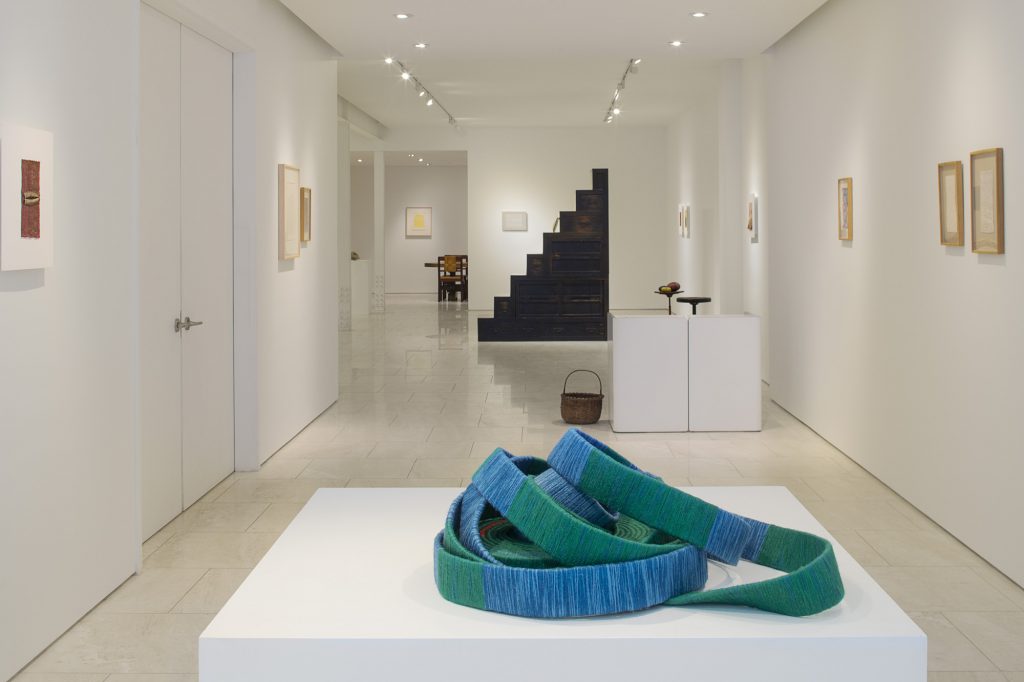 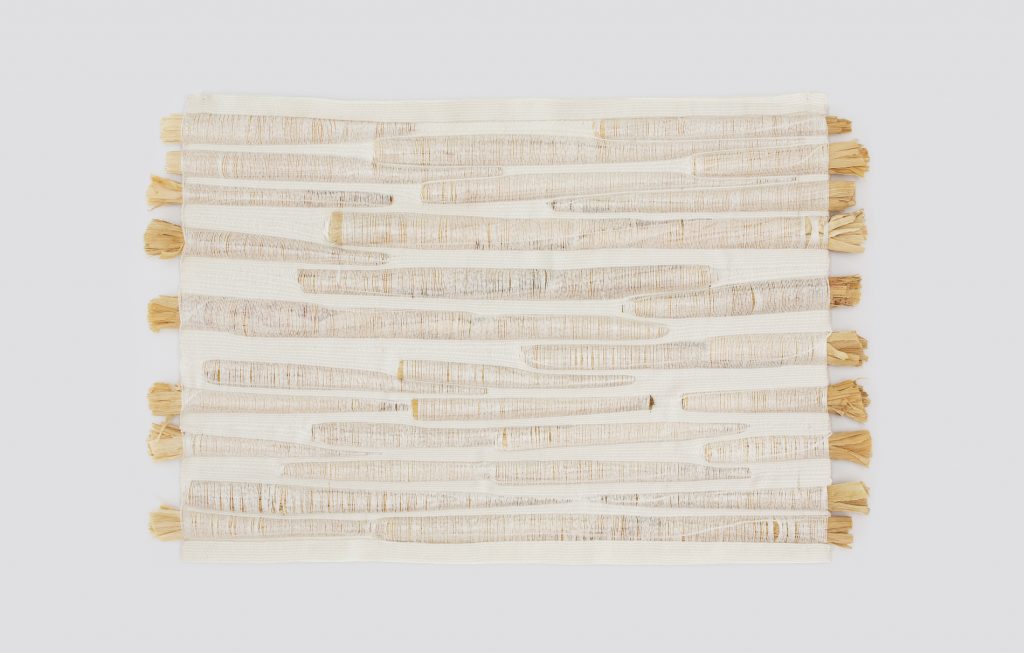 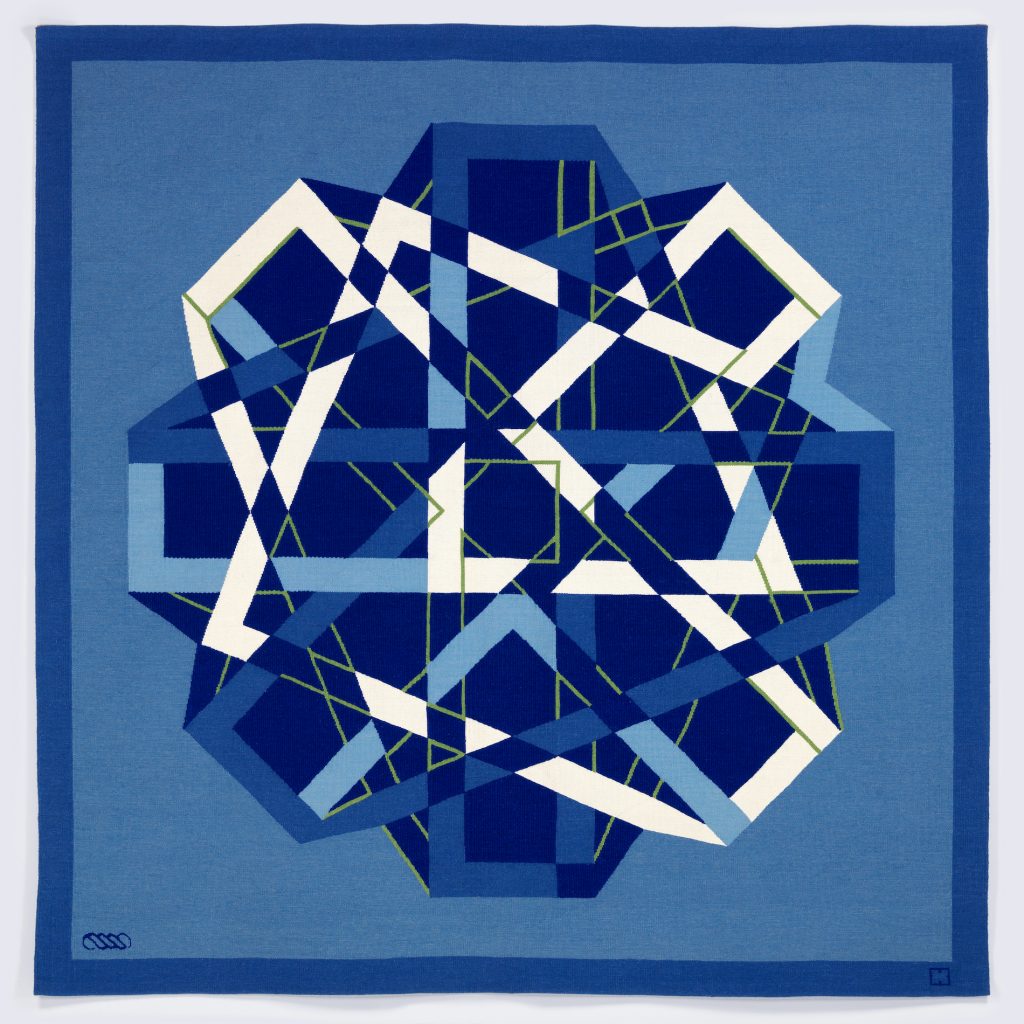 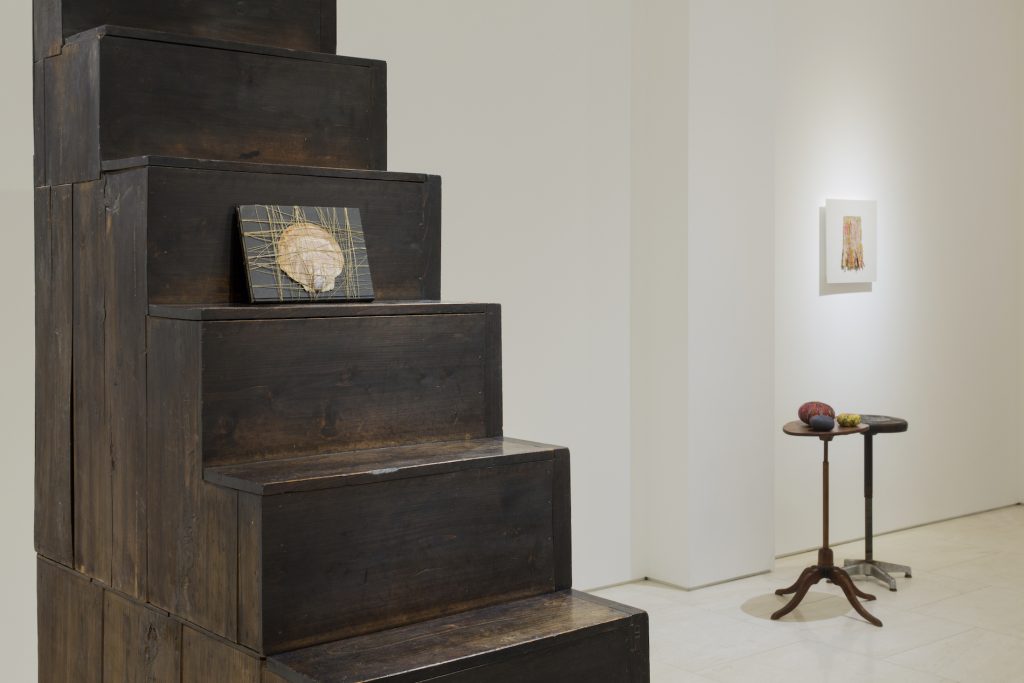 Line by Line, Step by Step, installation, Demish/Danant, New York. © Courtesy of the artist and Demish/Danant 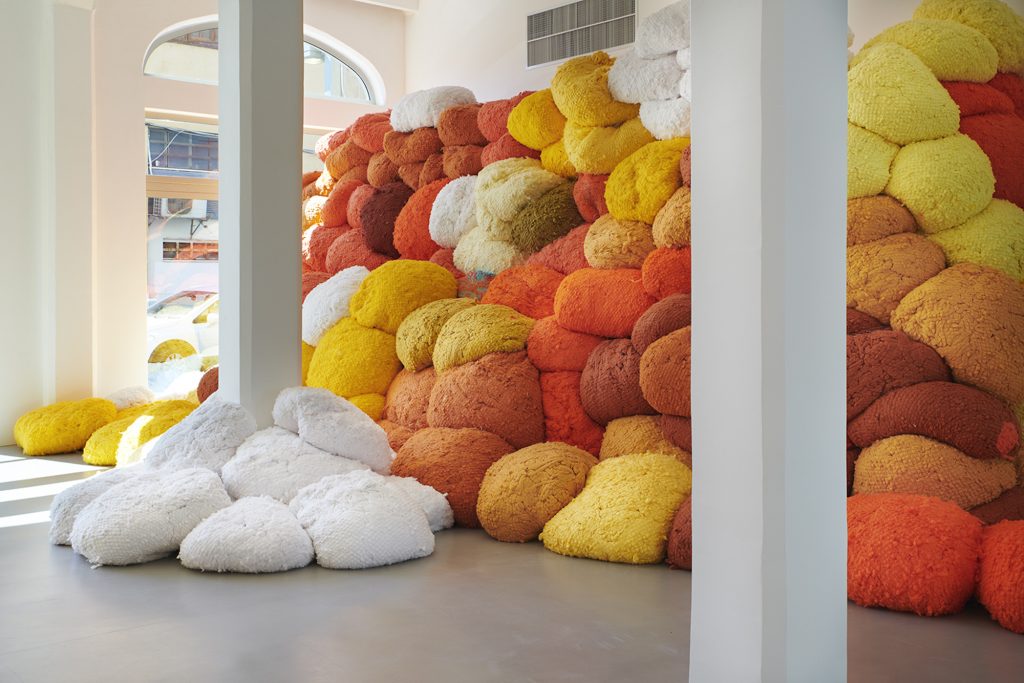