Under a table, a child ties together the shoelaces of 12 people gathered in the room, making sure they can’t escape. They, on the other hand, are preparing for a quick exit by removing their shoes. The 12 role players are ecologists, geologists, politicians, diplomats, and people living around the famed Dead Sea, and one can only see them via 12 laptops placed on the table, offering 12 different standpoints on the topic under discussion. They’re engaged in a debate – in Arabic, Hebrew, and English – about the construction of a bridge in this highly politicized zone of the Middle East. The year is 2011 and this is part of an installation in the Israeli pavilion at the Venice Biennale, by Tel Aviv artist Sigalit Landau. The scenario she presents is a depiction of a real-life dream the artist has been working on ever since.

Landau, who has been frequenting the Dead Sea since she was a baby, wishes to build a bridge of peace in the middle of these topical waters surrounded by Israel, Jordan and the Palestinian National Authority. Her Salt Crystal Bridge Island, made from crystallized salt from the lake, is to point out in these three directions, ‘channeling goodness and making a place that shows the potential of what it can be’, she says, recalling how the Dead Sea used to be a friendly meeting point for ‘people from Jericho, East Jerusalem, Arabs, Jews…’.

In preparing for Venice, Landau found herself provoked by the city’s canals. ‘I was crossing the bridges of Venice and imagining how even an innocent walk around this lake [Dead Sea] can’t happen, and how it’s uncrossable. The only direction is down, into the abyss,’ says the artist who had already been experimenting with the salt from the world’s lowest body of water for some years (the Dead Sea is over 400m below sea level). A cluster of 36 salt-encrusted barbed-wire ‘chandeliers’ formed part of her exhibition at New York’s Modern Art Museum in 2008, and, in 2014, she suspended a bridal gown and violin in these waters, ‘harvesting’ them once encased in the glittering white crystalline compound.

The salt bridge, which continues to be a concept until the right funding and support is accrued, has her looking at her surrounding environment in a new way; ‘People usually see it as a conflict-ridden region,’ she says, ‘but I want to bring hope and optimism by creating new realities.’ Building the bridge as an island between the three political and administrative zones, each with its own territorial water, adds to the symbolism. ‘It will never be completely stationary,’ she says of the vessel-like construction that will be realized with the help of architects and engineers using the strength of the salt found in abundance in these waters. ‘It’s a sea that, if you help it, is going to build its own passage from the middle toward the east and west,’ she smiles. For her, a non-invasive island means disconnection from territory. ‘It’s a no-man’s land, and everyone is welcome. It’s an invitation to a place of peace.’ The idea is that the bridge becomes a visitor attraction, one that is an icon for greater healing.

In addition, her project aims to raise awareness of the destructed ecology, where the lake’s water, essential to industry, continues to disappear while the shoreline recedes. ‘The water level is 40m lower than when I was a child,’ she says, ‘and this issue is not high in the priorities of any country.’ But, she says, ‘we can make things better, and it’s time to make them better again. The Dead Sea is a place that should be enjoyed.’

As with her installation in Venice, Landau continues to bring new voices to the dialogue, last year gaining supporters at the Paris Peace Forum. ‘It’s about collecting a lot of good energy, and then the money will come. It’s something I’m not going to stop.’ The hope is that the next time a child ties together the shoelaces of essential role-players, they’ll all remain seated around that table. 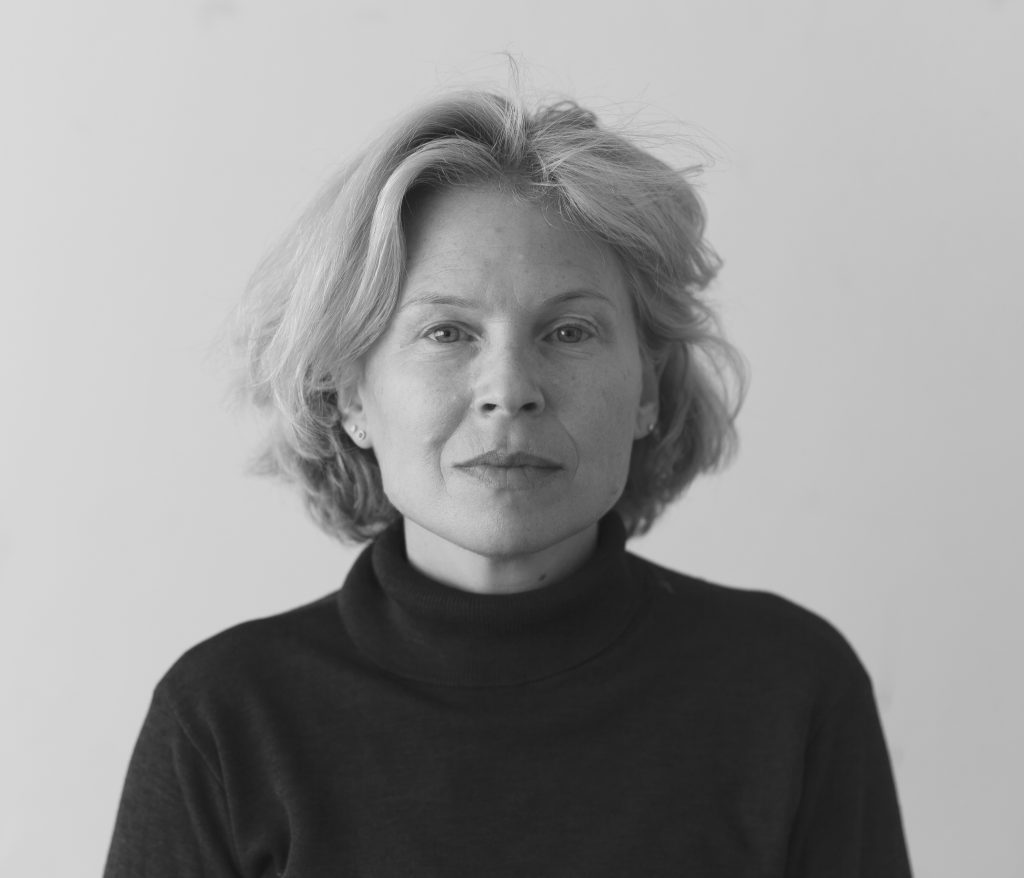 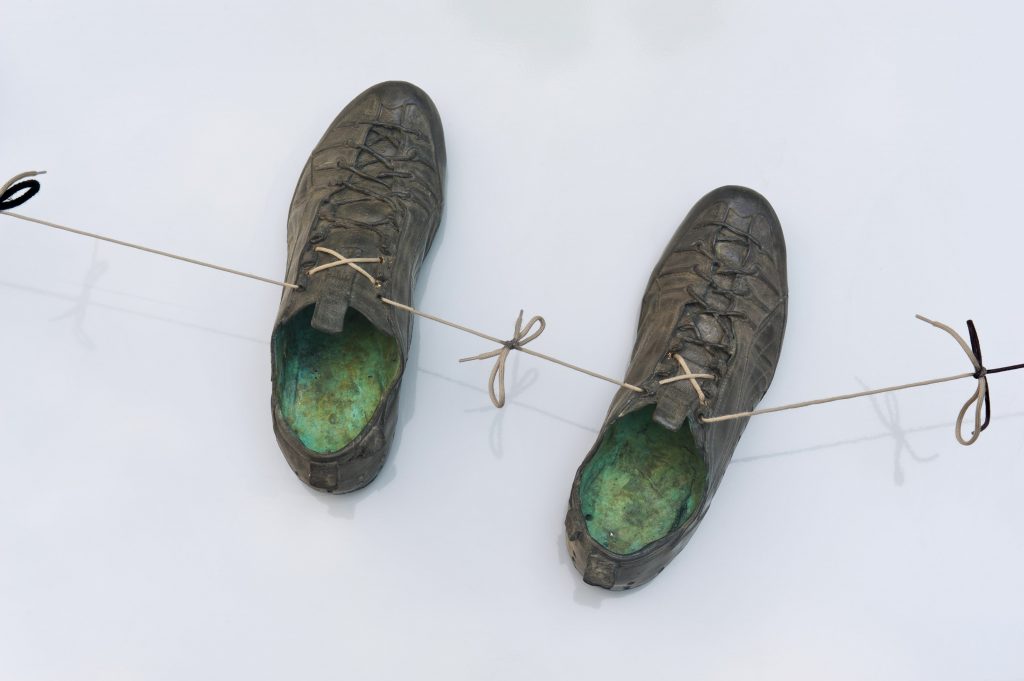 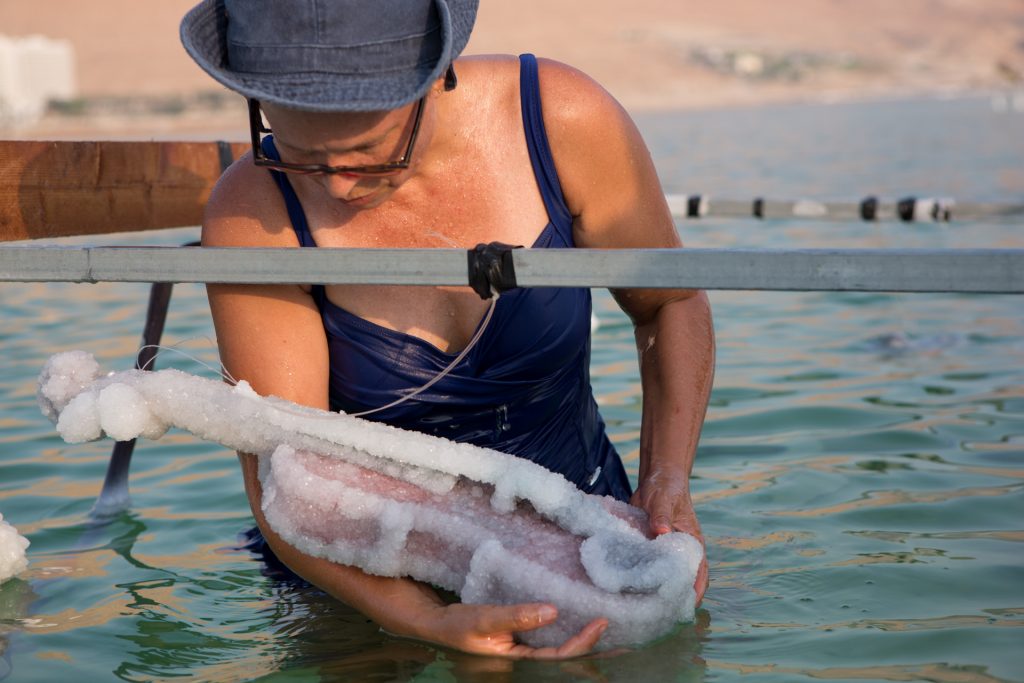 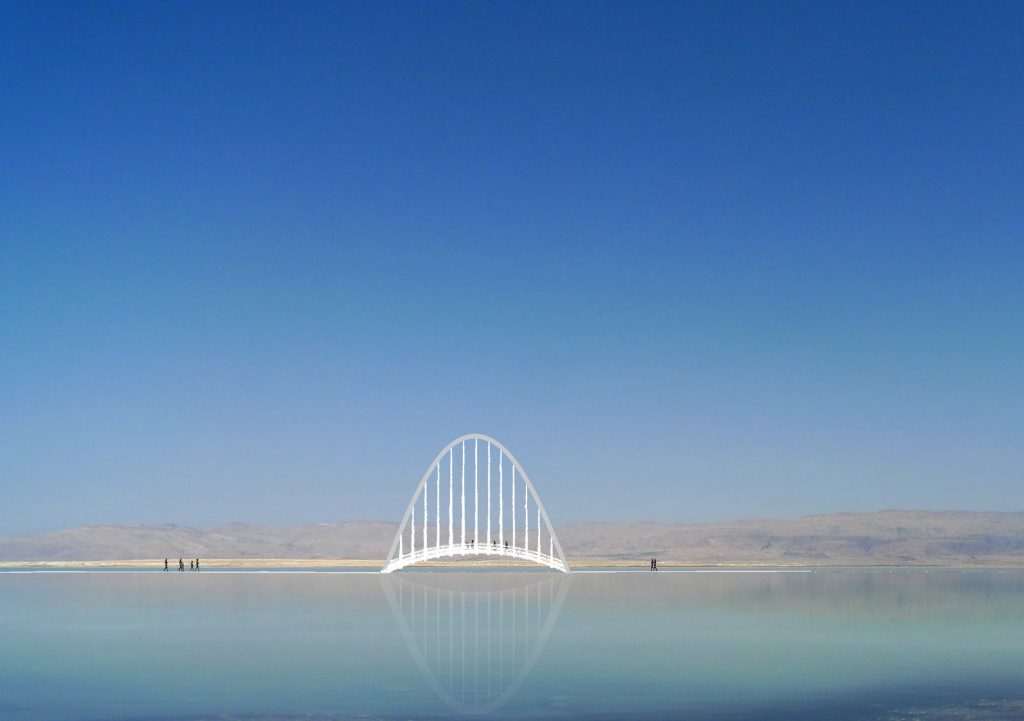 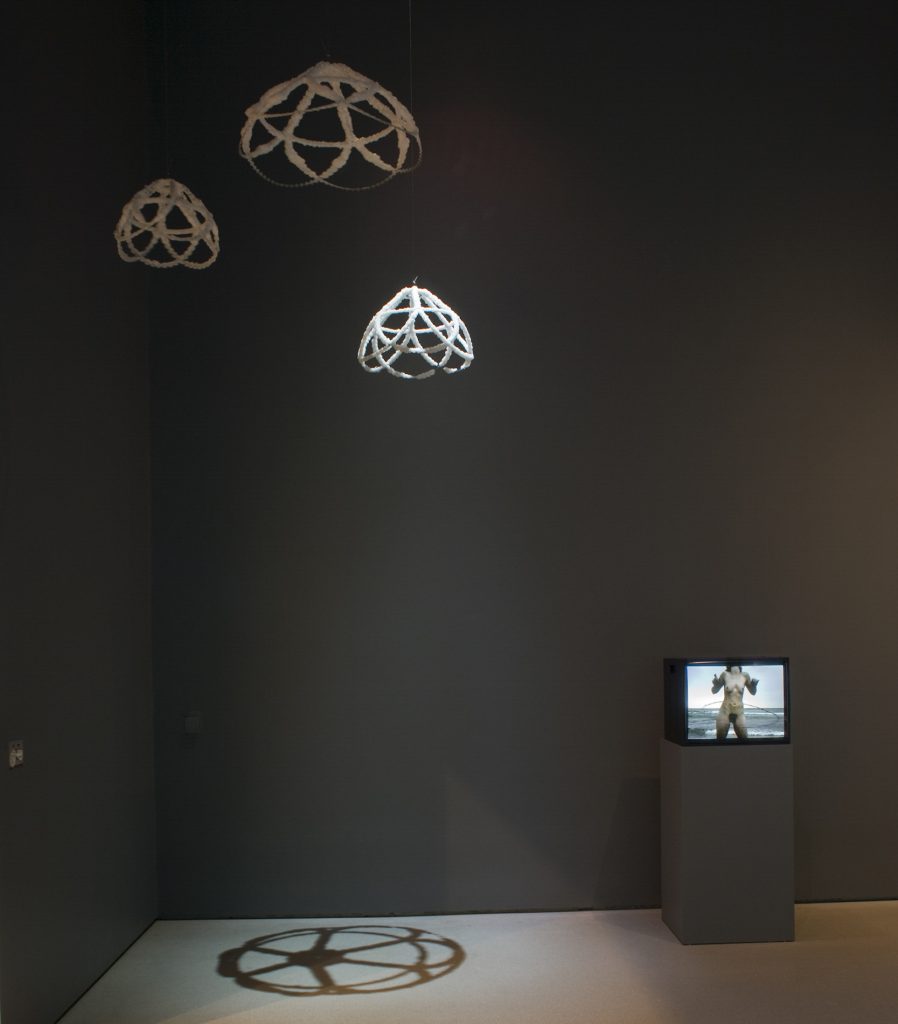 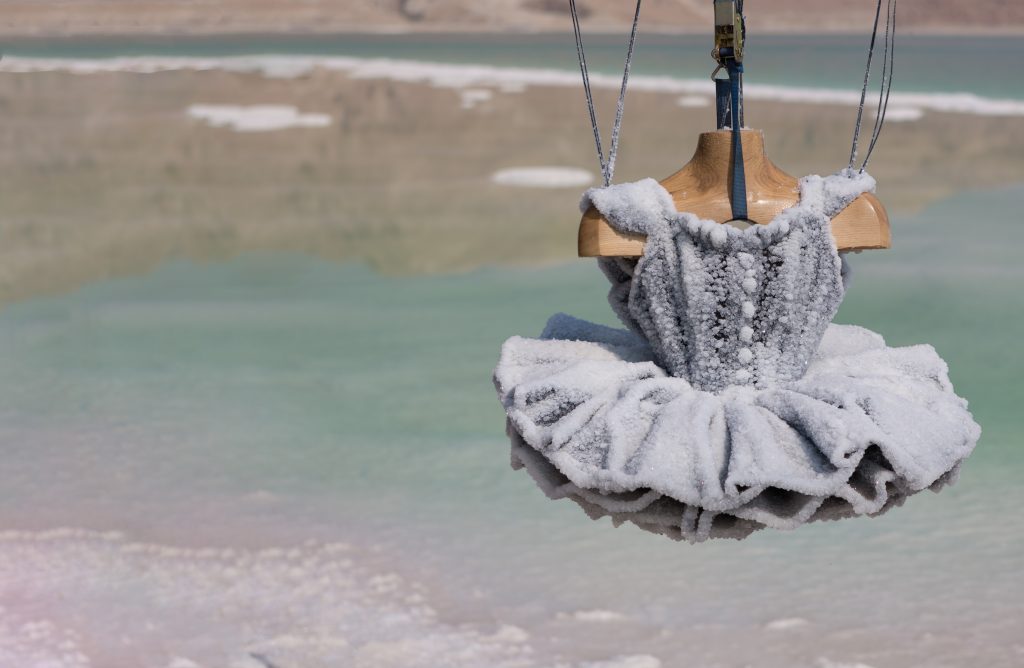