One day, while he was sketching with pencil and trying to create volume through shades of grey, a teacher looked at his work and said: you can achieve more depth if you understand colour. The young artist Abdoulaye Konaté thus understood that by expanding his palette, he could expand his expression. He began incorporating textiles in installations in the 1990s, tearing the coloured fabric into small fragments. This idea came to him while observing the traditional outfits of the Senoufo musicians. Other cultural influences from West Africa and elsewhere fed his aesthetic research: music, dance and even the Korodouga, a highly respected brotherhood in Mali and Ivory Coast, who use satire to challenge power and societal behaviour. Their costumes are peppered with amulets, fetishes or abandoned objects and plastics, making these “sacred buffoons sort of a dumping ground for society”, says the artist, who praises their total freedom of expression.

The coloured textile strips that cover his ‘canvases’ have become a favoured form of expression for Konaté, with some critics using the term “tapestries” or “patchworks” to describe his monumental compositions. But the artist insists that he has not really chosen this vocabulary, rather working his palette like a painter. “The process of working leads to discoveries or solutions,” he declares simply. “I never thought I would stop acrylic or oil painting.” But this vibrant and moving material, common and familiar throughout the world, especially in Mali, which is a large producer of the widely exported cotton fabric bazin, has the advantage of creating secret correspondences between daily reality and abstraction.

If these cosmogonic representations can be decoded, they encourage interpretation and call for mystery. Perhaps it would be fairer to compare them to ‘oracles’, as these universal landscapes reflect the unfathomable complexity of the world. A chaotic world, one that this great figure of the contemporary African scene tries modestly to translate, without attempting to take on a role other than that of a “citizen who observes his environment and tries to find a non-violent way of showing everything relating to human suffering,” comments the artist. “I’m trying to extract the essentials to understand how we came to such a tragedy.” The destruction of Syria’s cultural wealth, the desertification of the Sahel, immigration, religious wars, barbarities, diseases… His themes are difficult. And yet, “there is magic at work in Konaté’s kaleidoscopic pieces”, says gallery owner Primo Giovanni Marella, based between Milan and Lugano, who for 15 years has contributed to the artist’s international influence. His work, with its enigmatic symbolism, travels around the major biennials and is found in major collections and cultural institutions from the Metropolitan Museum of Art in New York to the Mori Art Museum in Tokyo, the Smithsonian in Washington and the Centre Pompidou of Paris.

The power of these compositions, where traditional and contemporary layers of interpretation intersect, has not escaped the notice of Bruno Claessens, former director of Christie’s African art department, who in October 2020 inaugurated Duende Art Project, his new nomadic space in Antwerp, with an exhibition of African artists entitled “Threads,” referring both to “fibres” and “themes.”

After this past year, the canvases of Abdoulaye Konaté exude an even more notable delicacy. In the thickness of the abstract compositions, each of the thousands of pieces of fabric seems to find its perfect place, as if entrusted with a testimony that is essential to the harmony of a whole. And looking closely, beyond the political, social and environmental background which reveals chaos, we see a central figure appear in the foreground: a man, balanced in the universe, stretching out his arms.

Konaté’s work is on display in a solo exhibition, Les Plis de l’Âme, at Galerie 38, Casablanca, until 29 July. For his second exhibition at Galerie 38, Abdoulaye Konaté presents a set of 11 monumental and unpublished works, all created during the confinement, especially for this exhibition event.

Threads, exhibition by DUENDE Art Projects, will be on display at the Zwartzusters Monastery in Antwerp, from 1 October to 14 November. 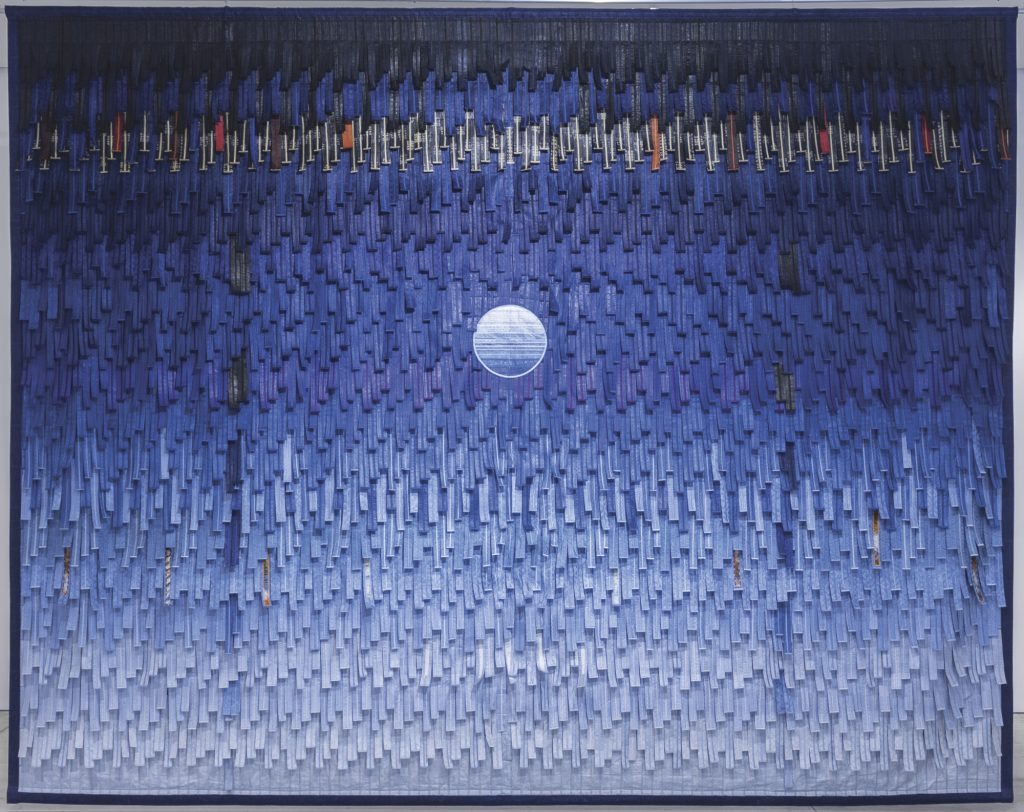 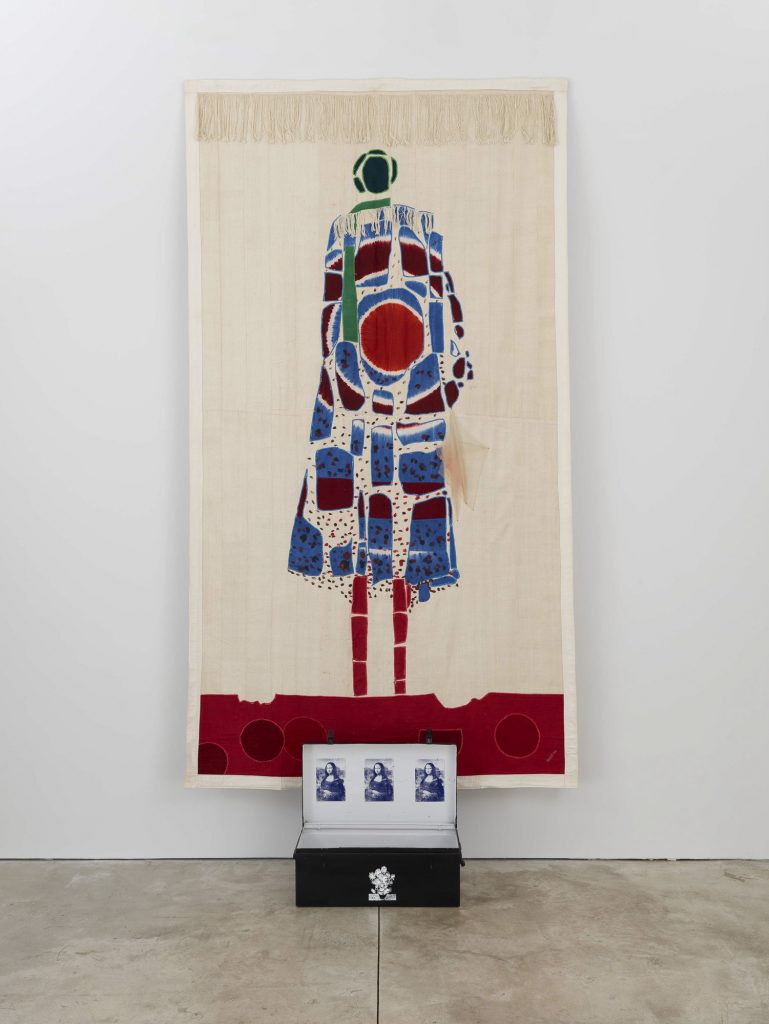 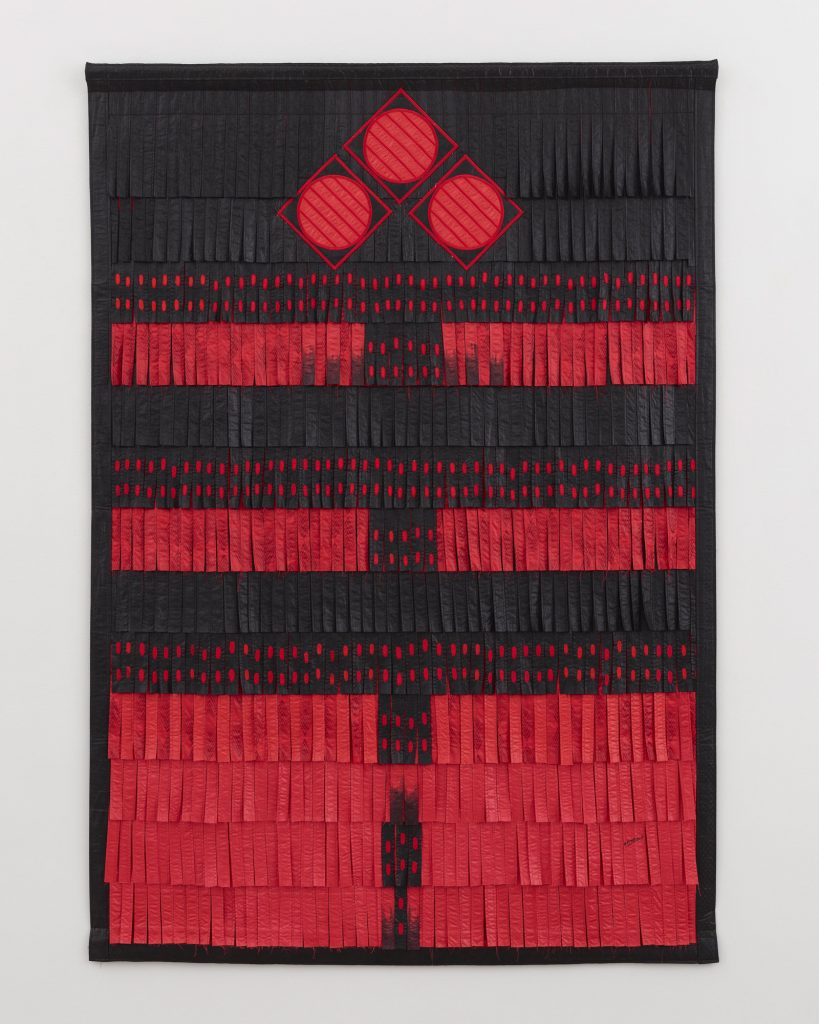 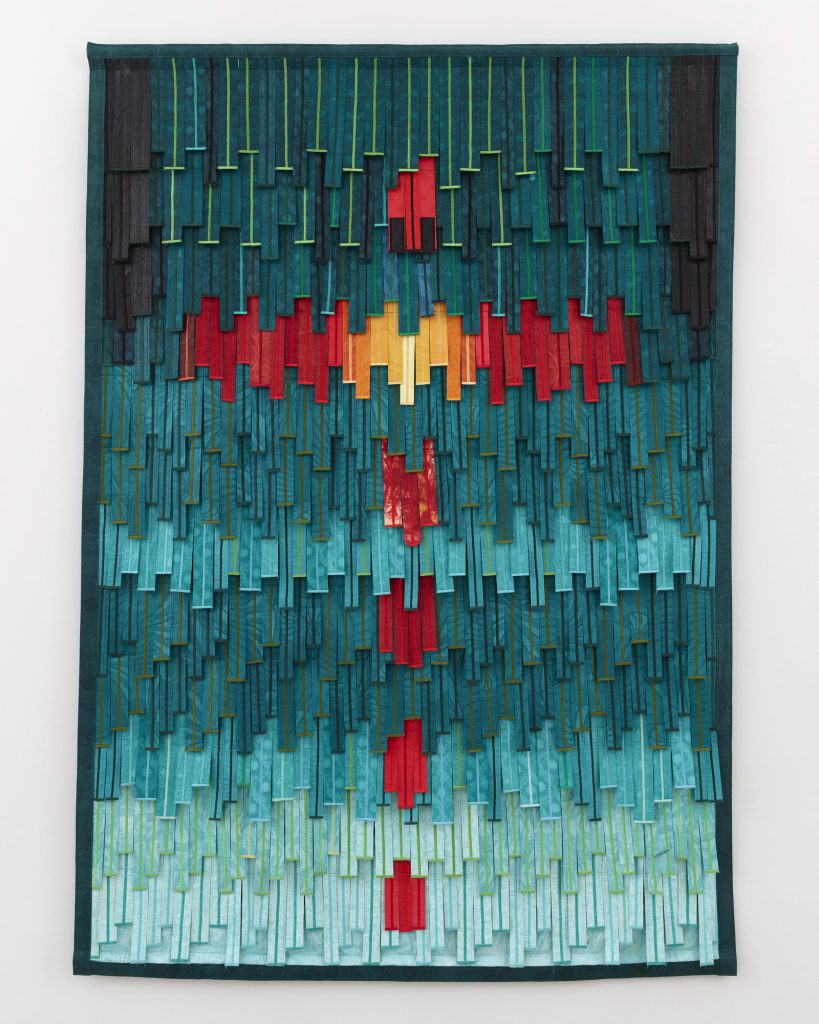 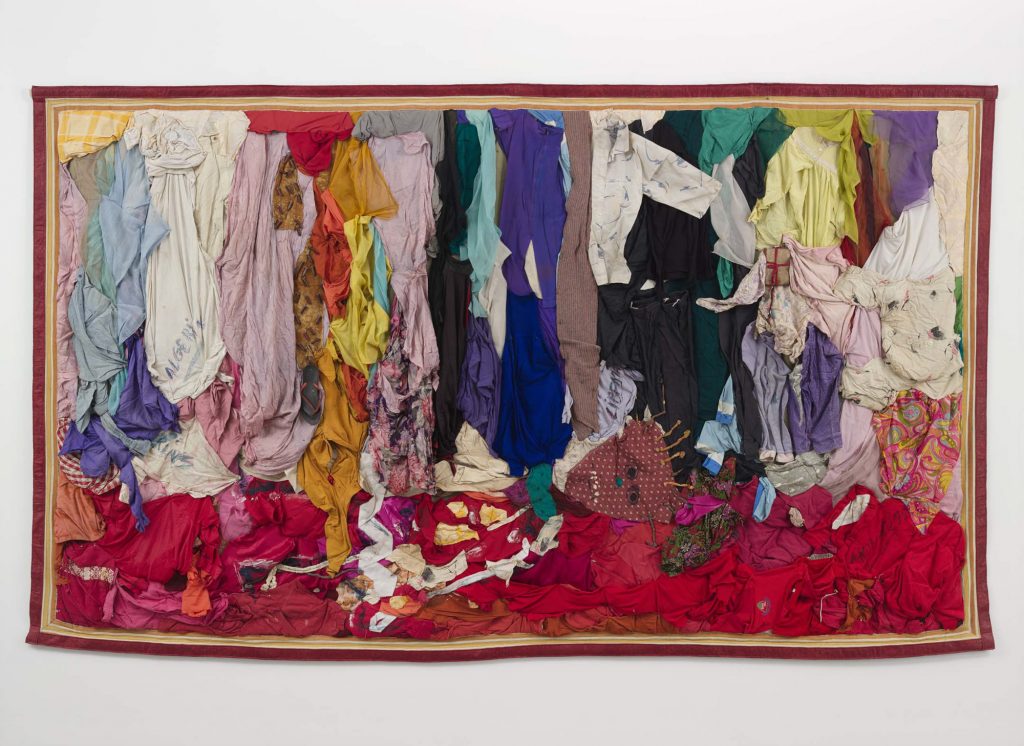