The Horta Museum’s ‘Collection of Collectors’

What does it mean to collect? This year, Brussel’s Horta Museum celebrates three monumental anniversaries by presenting three exhibitions that each sheds a different light on the notion of the collecting.

This year marks a monumental triple anniversary for Brussel’s Horta Museum: 100 years since the Horta House was sold, 50 years of the museum’s existence and 30 years since its restoration. Fittingly, the museum is celebrating in threefold by opening three simultaneous exhibitions, in all three of their buildings, that focus on the art of collection in ‘A Collection of Collectors’. In the extension (which is the newest addition to the museum) visitors can discover artworks from private collections in a “mise en abyme” (a formal technique of placing a copy of an image within itself) by artist Elisabeth Horth. In Victor Horta’s studio, the collection of young Brussels collector Jonathan Mangelinckx will be available to the public for the first time. Finally, the setting of the veranda and the music room have been reconstituted to look like how it used to be when Victor Horta used to live there, highlighting the architect’s fascination and collection of Chinese and Japanese artefacts. TLmag sat down with the museum’s new director, Benjamin Zurstrassen, on the ideas behind the museum’s big anniversary exhibition.

TLmag: Congratulations with all of the museum’s anniversaries! I was wondering, how did this focus on collecting come about when wanting to celebrate these important milestones for the museum?

Benjamin Zurstrassen (BZ): We wanted to find a topic or a subject for this new exhibition which cannot only link the three buildings together but also the three anniversaries that we’re celebrating —  but we also wanted visitors to have a different experience in each of the three buildings, and have some fun with it and make it a bit more personal or subjective. That subjectivity was the key to figuring out what we wanted to do with this big exhibition.

“Collecting” has become somewhat of a popular topic nowadays, but I’ve found that very often people (and sometimes even curators) forget that a museum is, first and foremost, about a collection as many of them have been built out of (one or many) collections coming from private institutions. You could say that for a museum to focus on their collection is the most natural thing to do. For us, this link is even more natural because there was this indistinguishable link to Horta himself: he was not only an important figure for Art Nouveau but was a collector himself.

TLmag: From what I understand these triple exhibitions are causing a lot of “firsts” for the museum…

BZ: That’s right. As the museum is in an old house, we can’t take many liberties. We have to be respectful regarding the heritage, the state of the residence and as well as respect Victor Horta himself as well. That being said, since it’s such a special year for our museum, we really wanted to play with some new ideas.

The first one was that we wanted to re-contextualise the space of the museum and revert it back to the spirit that it used to have when Horta used to live here — reverting from a space that is about him to one that is his own. We decided to be, as the French say, “More Catholic than the Pope”, and rebuild the spaces based off of old images from the house — even bringing back some of the original furniture. We’ve even brought a piano back into the music room, exactly 100 years after Horta departed. We also managed to loan some of the rocks, granite and marble that Horta collected but were donated to the Museum of Natural Sciences by Horta’s widow, as well as several Japanese artworks from the Art and History Museum for the duration of the exhibition.

Horta was an avid collector of Chinese and Japanese art and was also profoundly influenced by them (just as many other architects in the Art Nouveau movement). Not only did we show these collections from and inspired by Horta’s taste, but we also presented them in the way that was normal during that time: filling the entire room with art. We’re much more subtle nowadays in our homes, but back then every little shelf and crevice of a house was decorated with pieces.

TLmag: Could you tell me a bit more on the other collectors you’ve collected?

BZ: I guess you could say that the name of the exhibition is quite mysterious. To sum up, I can tell you that there are, in fact, fourteen collectors that have been invited to the museum. The first and most important one is the one I just mentioned: Victor Horta (of course).

The second is a young and important Belgian collector, Jonathan Mangelinckx. We decided to place his collection opposite of Horta’s collection — because of how different and similar they are. Where Horta’s collection is presented in a quite busy and maybe even “traditional” way, Jonathan’s collection pieces are presented in a much more subtle, modern layout. We asked Jonathan to exhibit some of the pieces of his collection, which are mainly furniture from the Art Nouveau period from Belgium, by influential architects such as Paul Hankar, Henry van de Velde, Gustave Serrurier-Bovy and even Victor Horta himself — and these are the people who pretty much “made” this new style at the end of the 19th century. As a curator, I really wanted to invite Jonathan to participate in this exhibition because I felt like it was essential to make such a vast collection available to the public — as many of these pieces have never been shown before.

The other twelve collectors are represented through the work of Elisabeth Horth, who used contemporary embroidery to create a portrait of the collection and the collector themselves. In exchange, as it were, the represented collectors lent the museum various works of their collections from the Art Nouveau period — which are presented in the same space alongside their portraits.

TLmag: I gather there was another process involved with Elisabeth Horth’s work than with Mangelinckx’s or Horta’s collection

BZ: The museum aims to invite artists to look at and interact with Art Nouveau and Horta’s work in a contemporary setting. Every time this “meeting” or encounter between the artist and Horta is an interesting one, but specifically, here Horth’s work is an excellent addition to what we wanted to achieve with this exhibition. It’s interesting to talk about collections and to show pieces, but I feel that you can’t really have an exhibition about collecting without asking questions of what it means to have a collection, be a collector and what that actually looks like. Horth offers an answer to all of these questions, and more.

‘A Collection of Collectors’ will be on view until June 30th 2019, at the Horta Museum (Brussels). 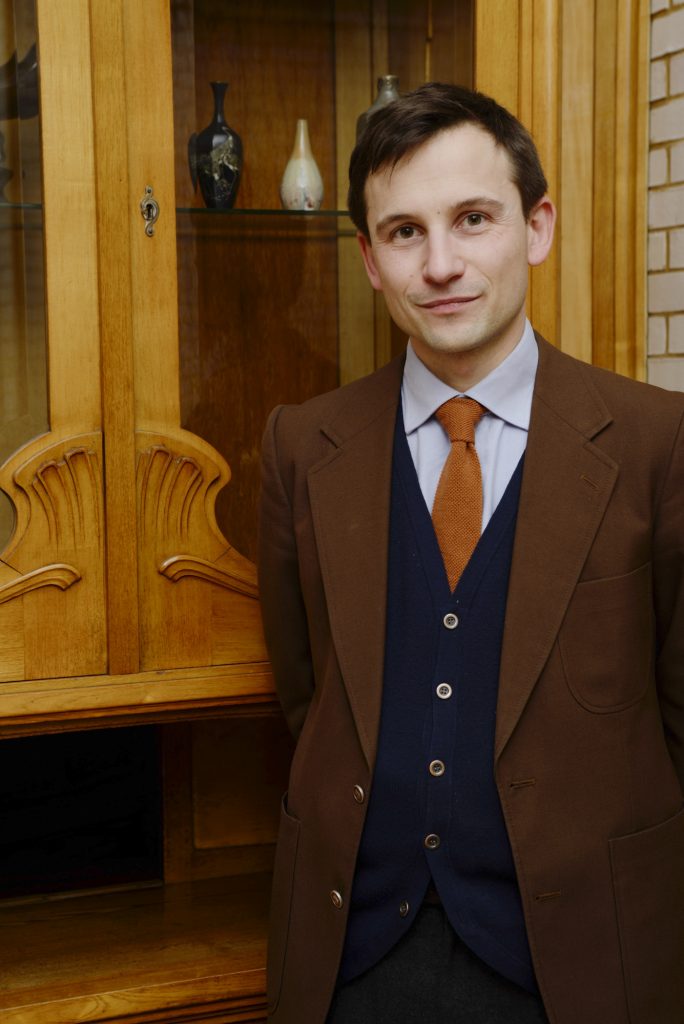 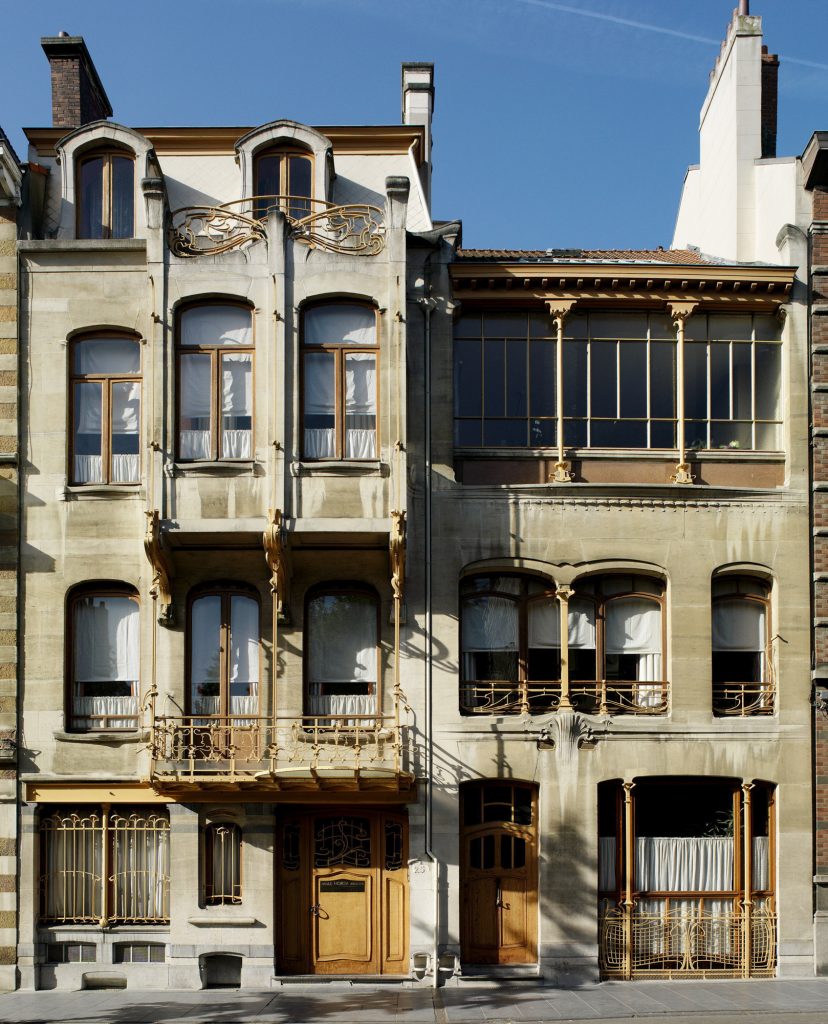 Façade of the Horta Museum 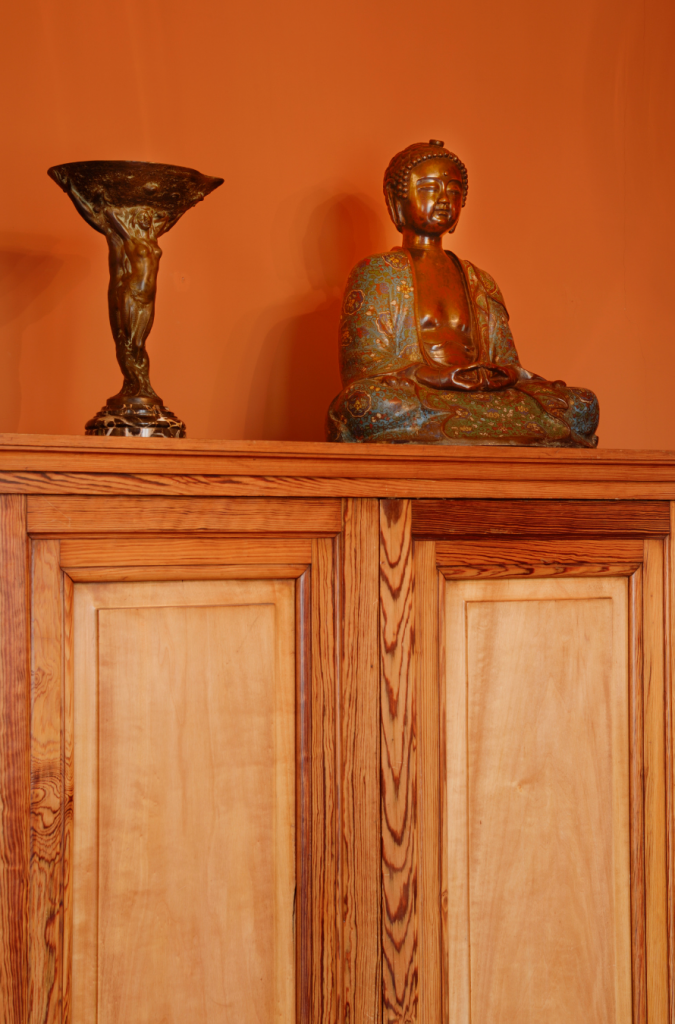 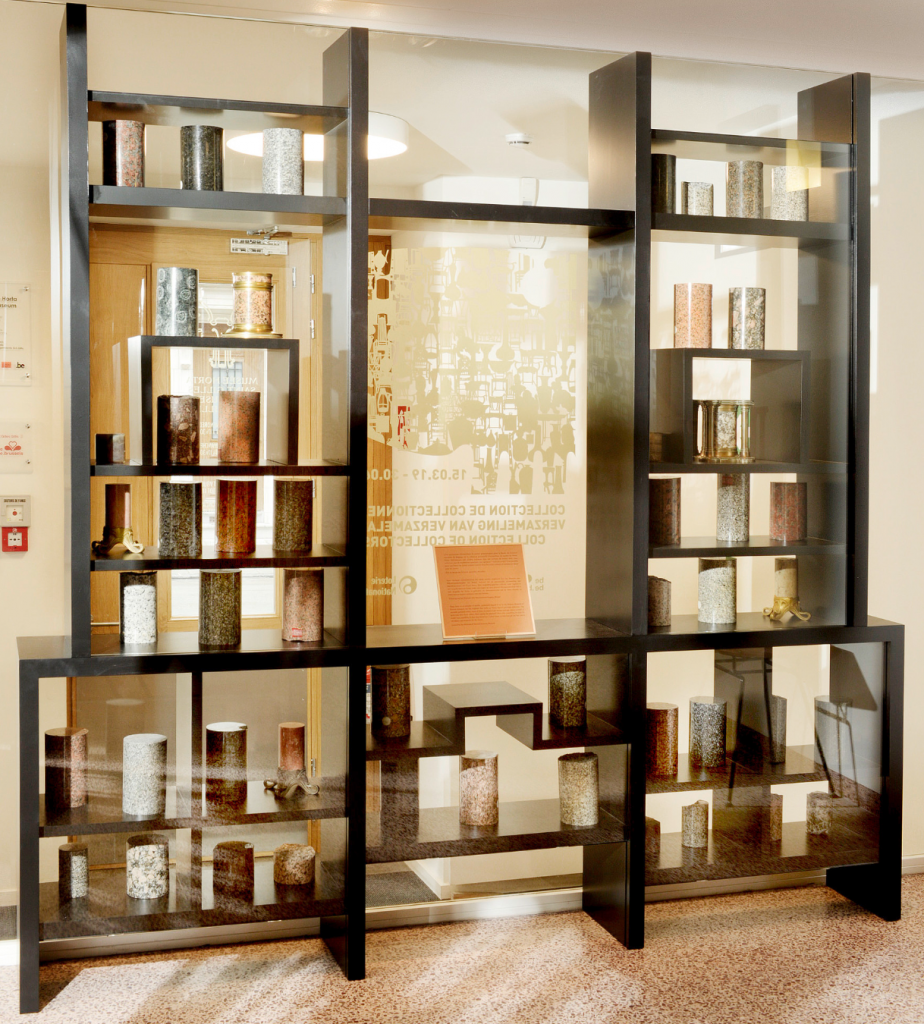 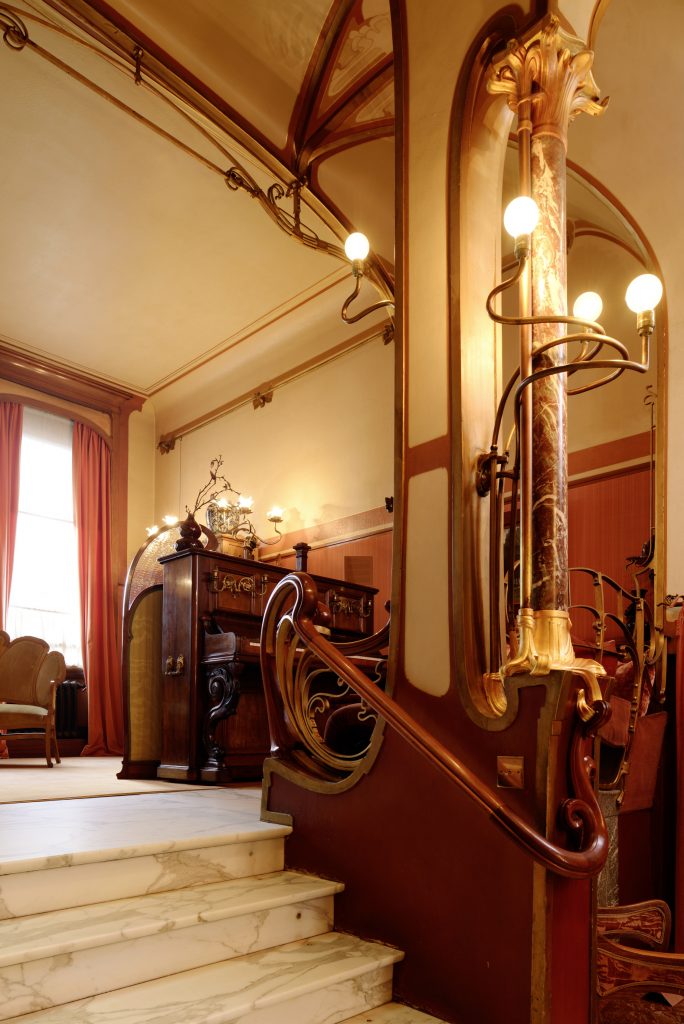 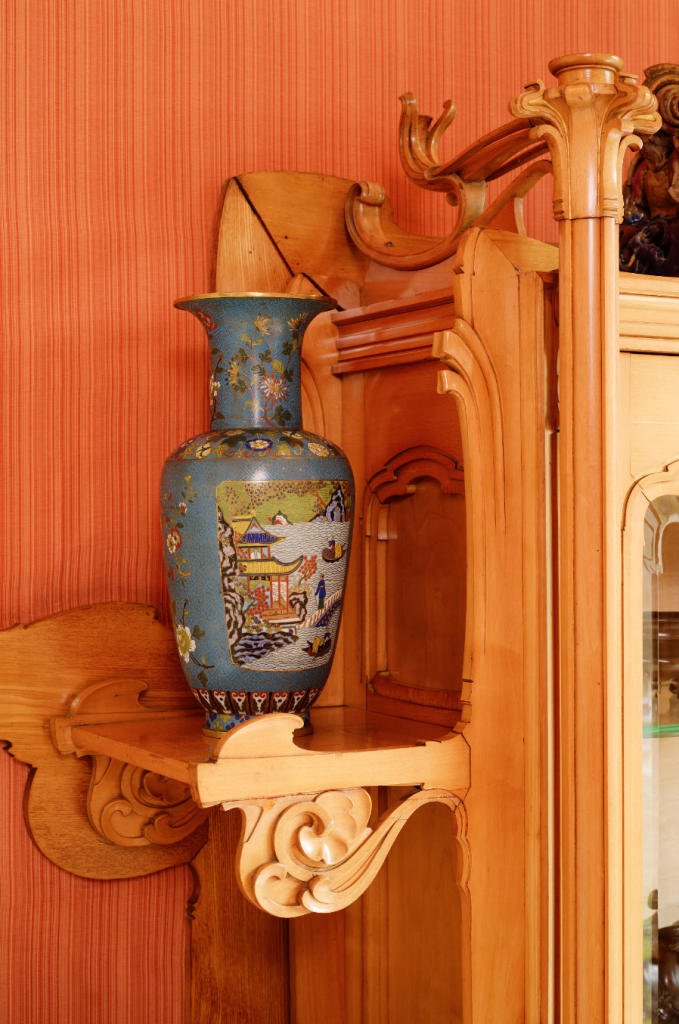 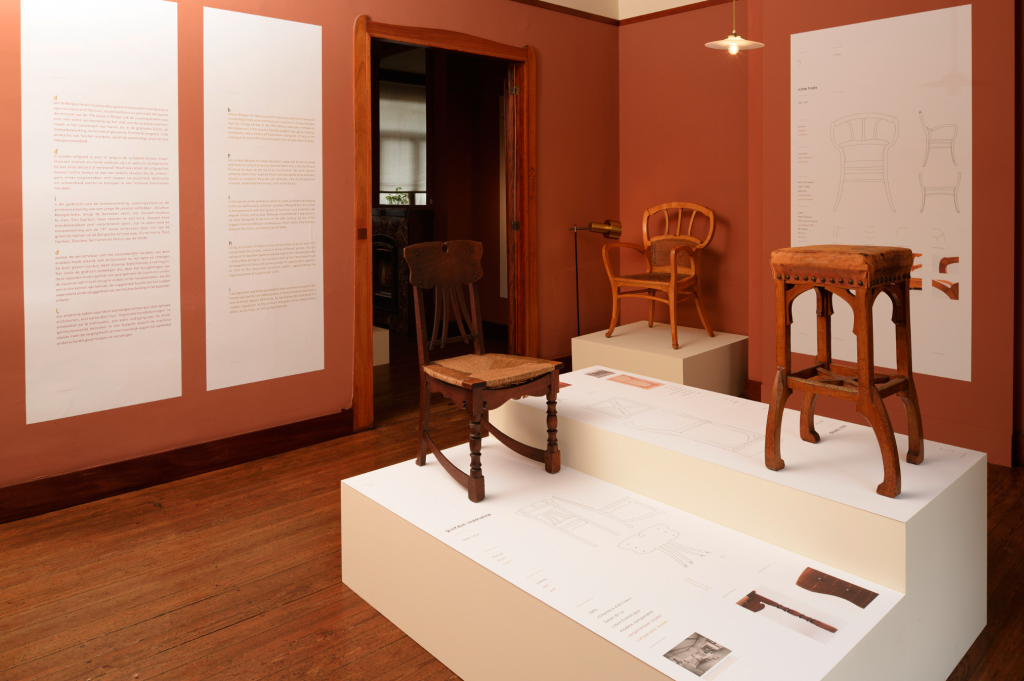 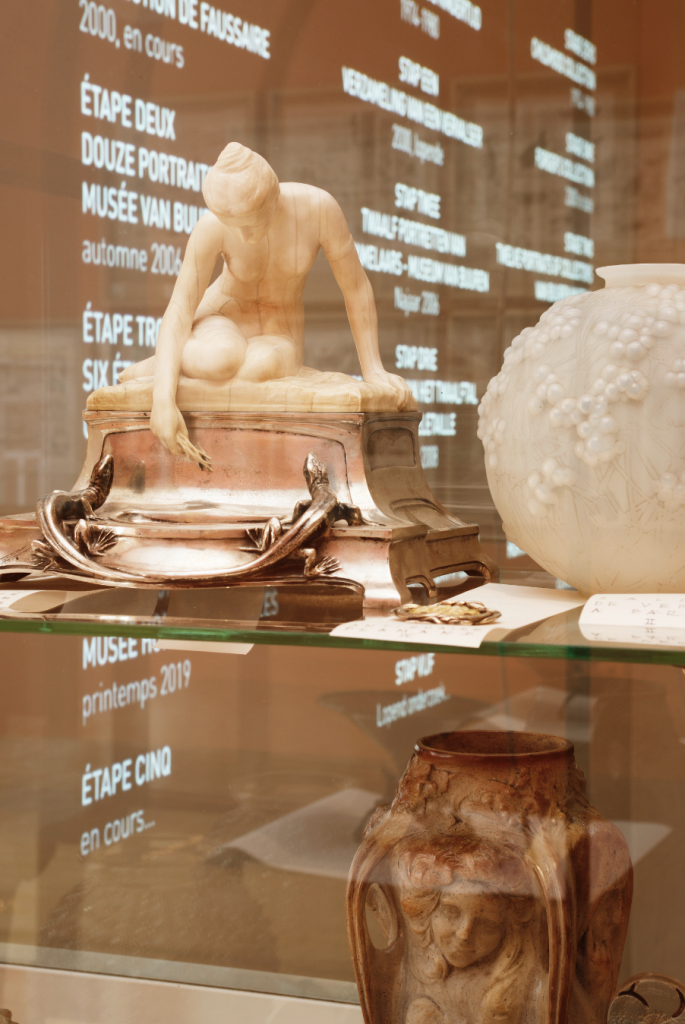 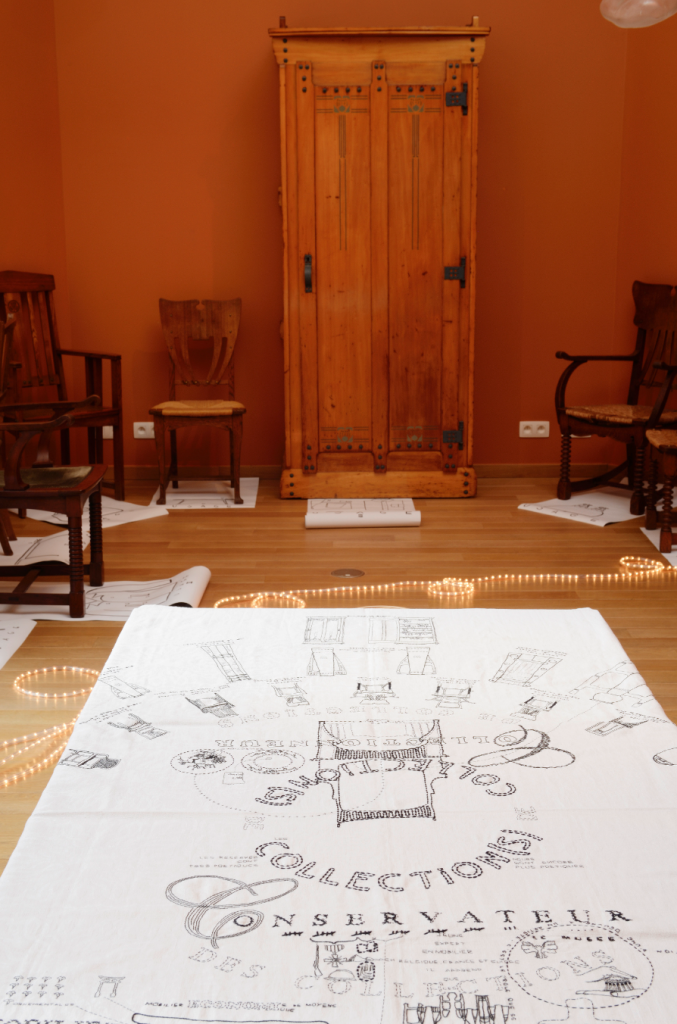 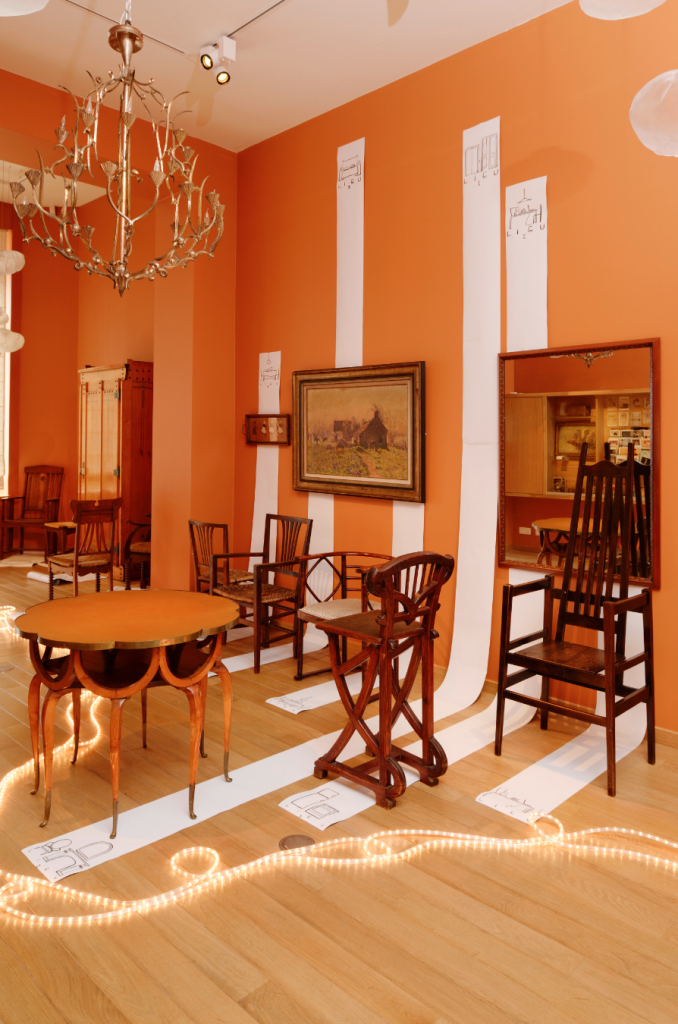 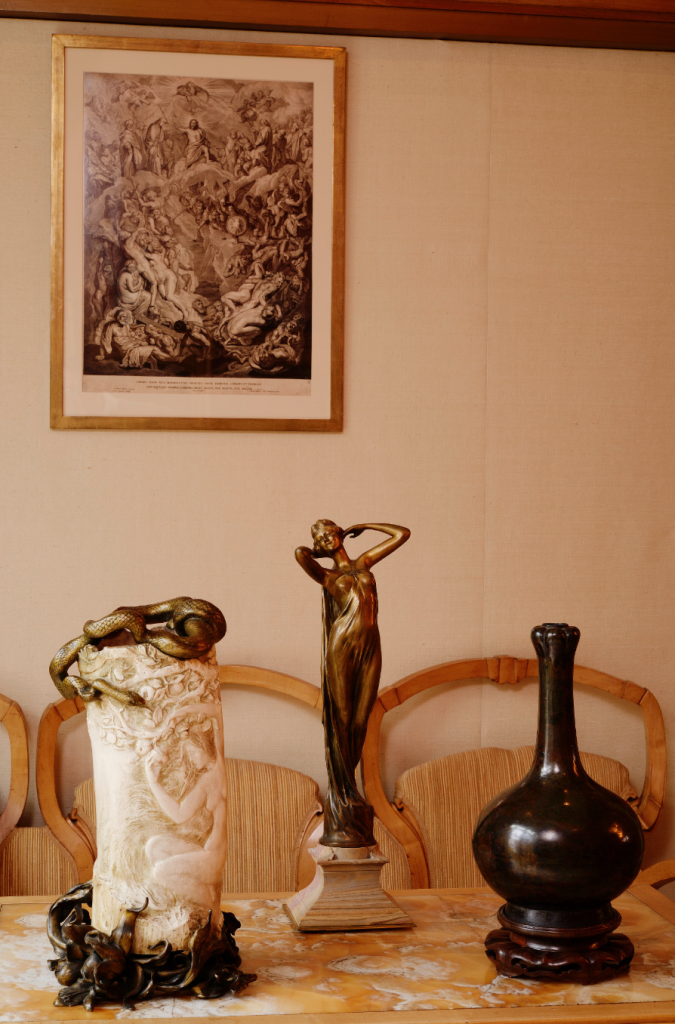 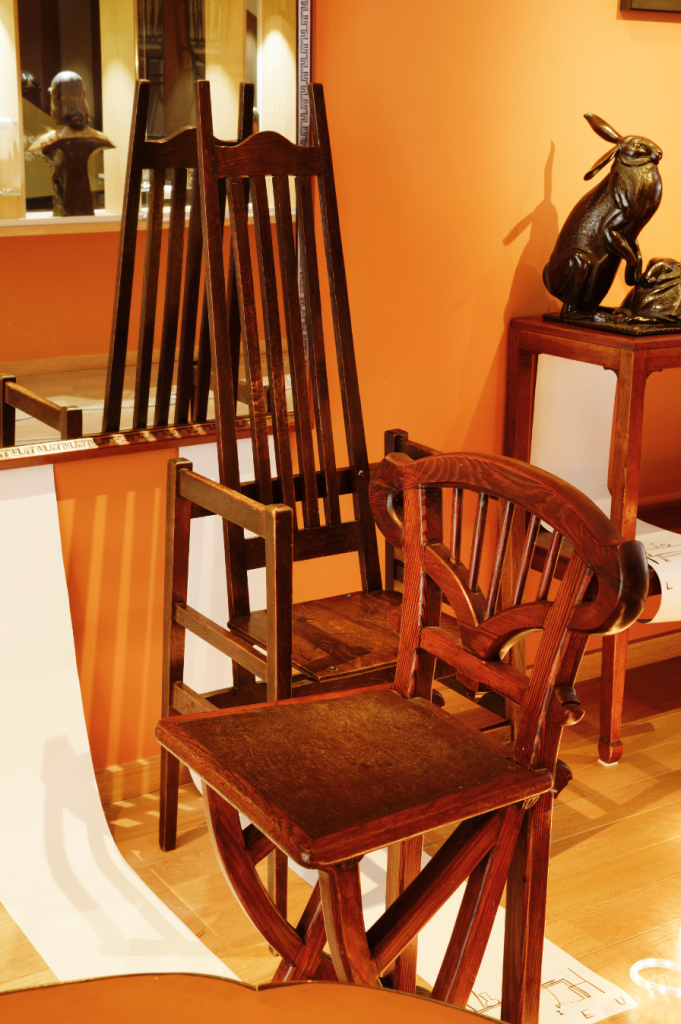