Tom Grotta and Rhonda Brown have dedicated most of their lives to exhibiting, documenting and supporting Fibre Art in all its forms, long before it was fully accepted into the contemporary art and design worlds. As noted author and curator, Glenn Adamson, wrote in The Magazine Antiques, “over its three decades of existence browngrotta arts has kept alive the flame for scholarship on fibre art and weaving of other kinds.”

TLmag: How did you first get interested in fibre art?

Tom Grotta & Rhonda Brown (TG+RB): Tom’s parents, Sandy and Louis Grotta, are well-known collectors who were involved for many years with the American Craft Museum and the Museum of Arts and Design in New York. He grew up surrounded by decorative arts and contemporary furniture and design. At the recommendation of Paul Smith, then-curator of the American Craft Museum, they commissioned a tapestry by Canadian artist, Mariette Rousseau-Vermette, who had created the curtain at the Kennedy Center in Washington, DC as a gift from Canada to the United States. Tom came home to see the work installed and struck up a fast friendship with Mariette and her husband Claude, with whom he worked on projects with as a photographer and designer. In return for his help, Claude gave him a large painting and Mariette gave him a large weaving. We hung them in our New York apartment and friends would ask –how do I get something like that? We sold a few of their works that way.

TLmag: What is the mission of browngrotta and how did it start? Has the gallery always been in the same space?

TG + RB: When we moved to Connecticut in 1985 our house was much larger than our New York apartment and we were light on furniture, so we decided we’d put up art for sale and have people over to see how that went. We thought seeing the work in a residential space was a plus, so we called it Art-in-Use. People reacted particularly favourably to the tapestry and the baskets because unlike painting, it was work that was not exhibited much. We realised that contemporary art textiles and fibre sculpture were not well represented in the East Coast at that point and we set about rectifying that. Our representation of Mariette Rousseau-Vermette, who was well known to other significant artists in the field due to her participation in the prestigious Lausanne Biennial of International Tapestry and her role as the head of fibres at the Banff Center in Canada, provided us an important credential. Designer and curator, Jack Lenor Larsen, also provided us support, advice and entrée to additional artists. As a result, we were able to work with important players, including Kay Sekimachi, Ed Rossbach, Katherine Westphal and Helena Hernmarck, from the outset. Meeting Sheila Hicks was a turning point as well. She curated a groundbreaking exhibition of work by seven Japanese textile artists including, Naomi and Masakazu Kobayashi, Jun Tomita, Chiyoko Tanaka, Hideho Tanaka, Toshio Sekiji and Chiaki Maki. Ceramist Yasuhisa Kohyama was also included in that exhibition and we continue to represent these artists’ work today.

Our mission now has three parts: 1) to exhibit works by the originators of the fibre art field, 2) to expose US audiences to art textiles and fibre sculpture from new and established artists outside the United States, and 3) to educate people about the origins of the fibre art movement and its current state through our publication program and exhibition partnerships.

We have been in Wilton, Connecticut since we began. In 1999, we relocated to a horse barn built in 1895 that we expanded and contemporized with the help of architect David Ling who had previously worked with I.M. Pei and Richard Meier. The space is specifically designed to show dimensional work, with two large freestanding walls and several vantage points where work can be viewed from a distance.

TLmag: Would you talk a bit about your exhibition programming including the Art in the Barn project?

TG + RB: We have an annual exhibition each Spring. In some years, like this one, we also host a second exhibition in the Fall. In addition, we generally have at least one exhibition partnership in the works each year. In the past, we’ve worked with numerous art centres including the Dennos Museum Center in Michigan, the Museum of Fine Arts, Boston, the Morris Museum in New Jersey and the North Dakota Museum of Art.

TLmag: Through your publications and website, you are helping to establish an important archive about the history of the fibre art movement. Would you talk about your efforts to archive and catalogue artwork?

TG+RB: The catalogues have been a labour of love for us. Tom realized early on that the artists were not good at documenting their work and neither were museums, even on the rare occasion they had the budget to do so. He has made a specialty of photographing the work to highlight its evanescent aspects – the texture, the sculptural qualities, the effect of changing light and shadow. We’ve combined the photos with text by academics, curators and writers well-versed in the field. Next year’s Art in the Barn exhibition we will celebrate our 50th catalogue with work by 50 artists. Books are the next frontier for us we hope; we have several proposals in the works.

TLmag: Is there an upcoming exhibition this spring that you are working on?

TG+RB: From May 2-10 we will feature the exhibition Volume 50: Chronicling Fiber Art for Three Decades. The show will highlight 60 works by 50 important artists of fiber, ceramics, and mixed media, who have helped define modern craft movement since the 1950s and mark the publication of our 50th catalogue. 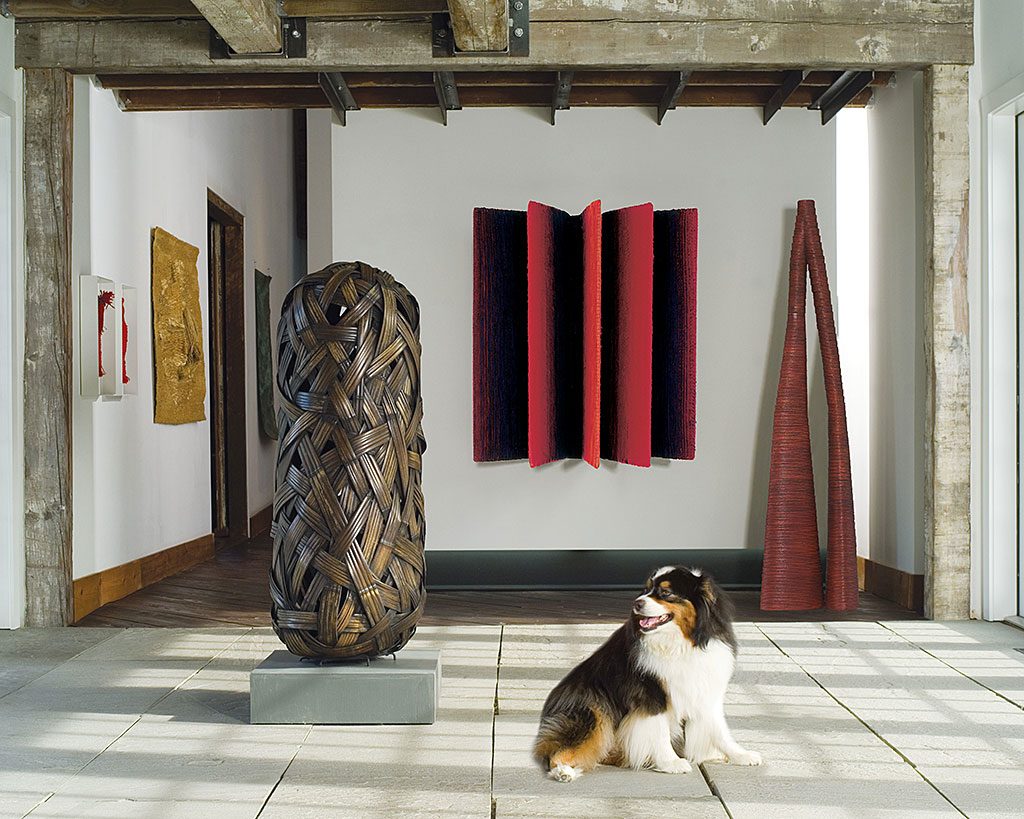 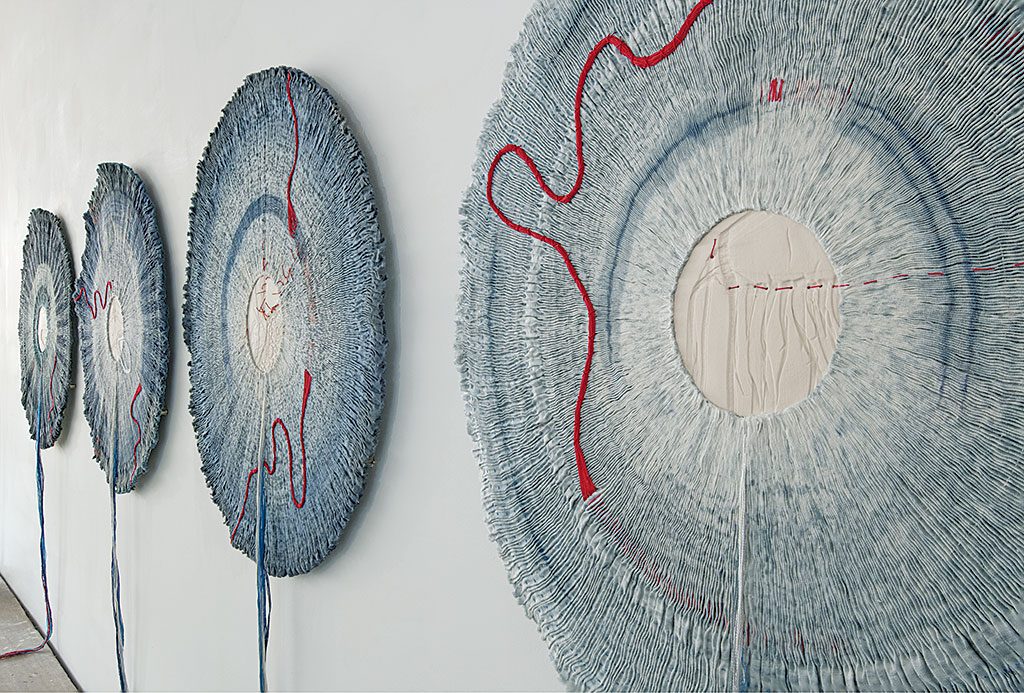 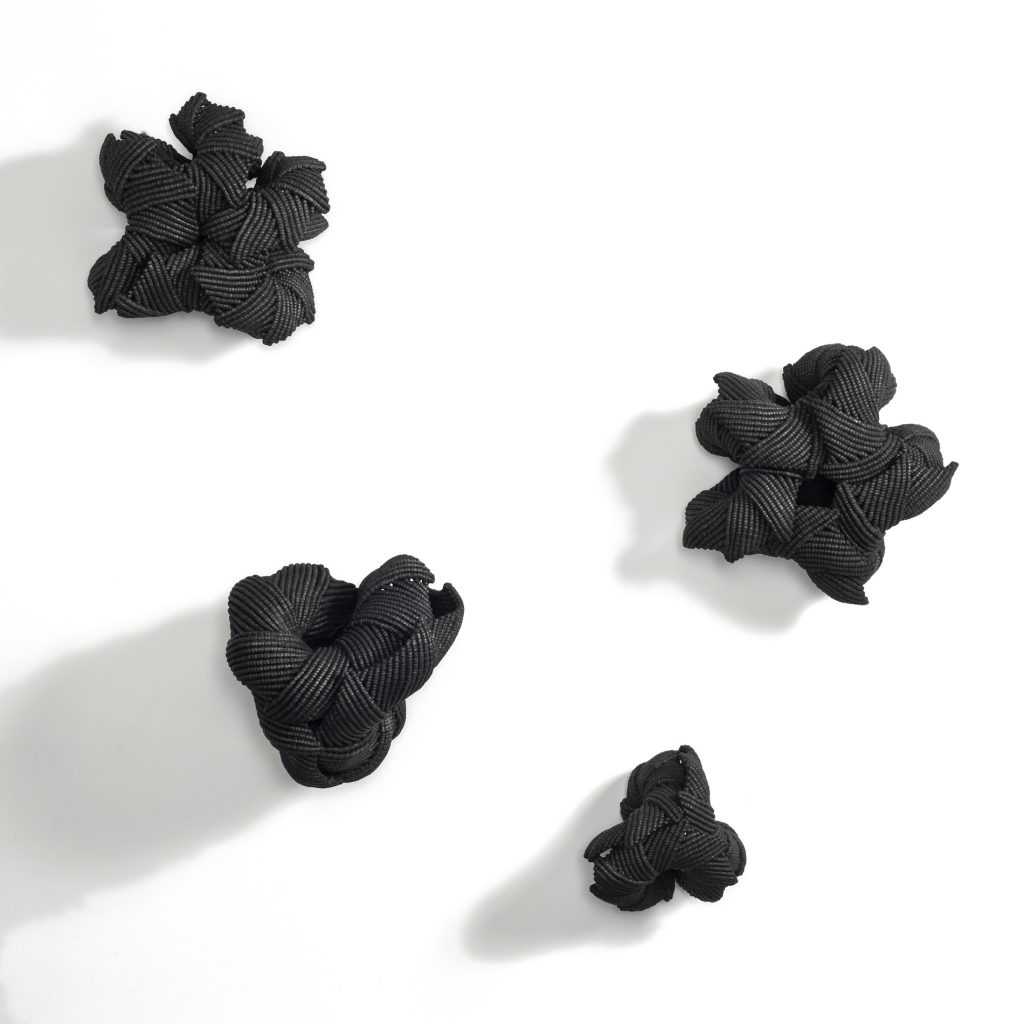 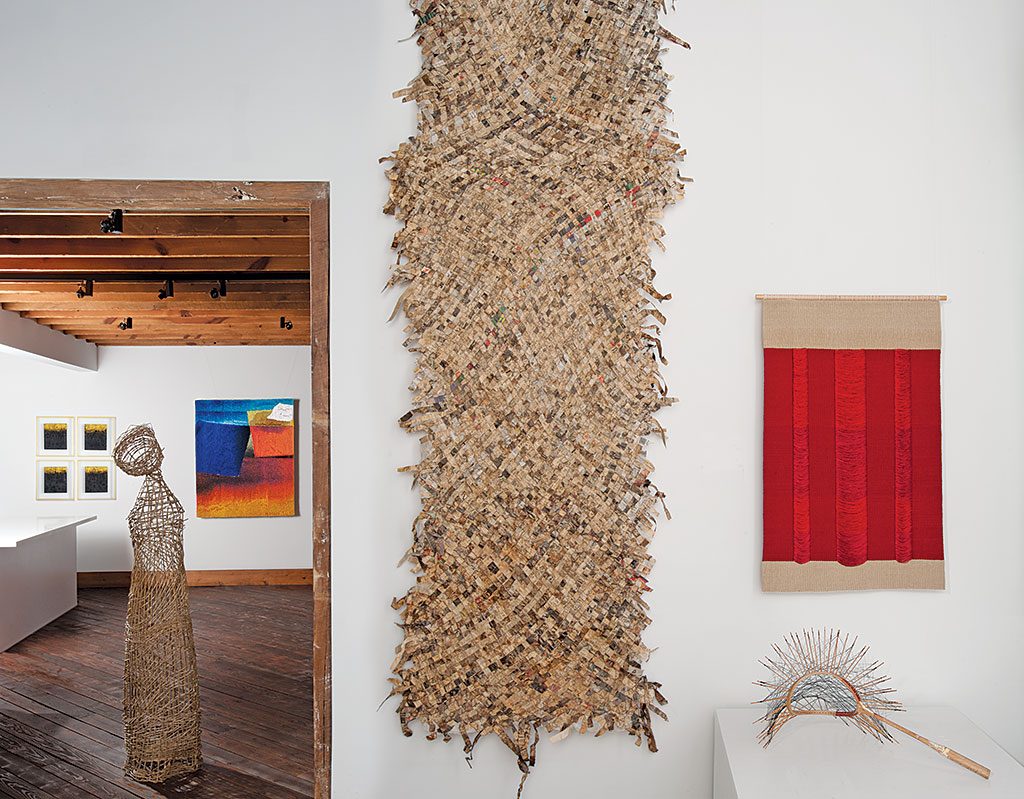 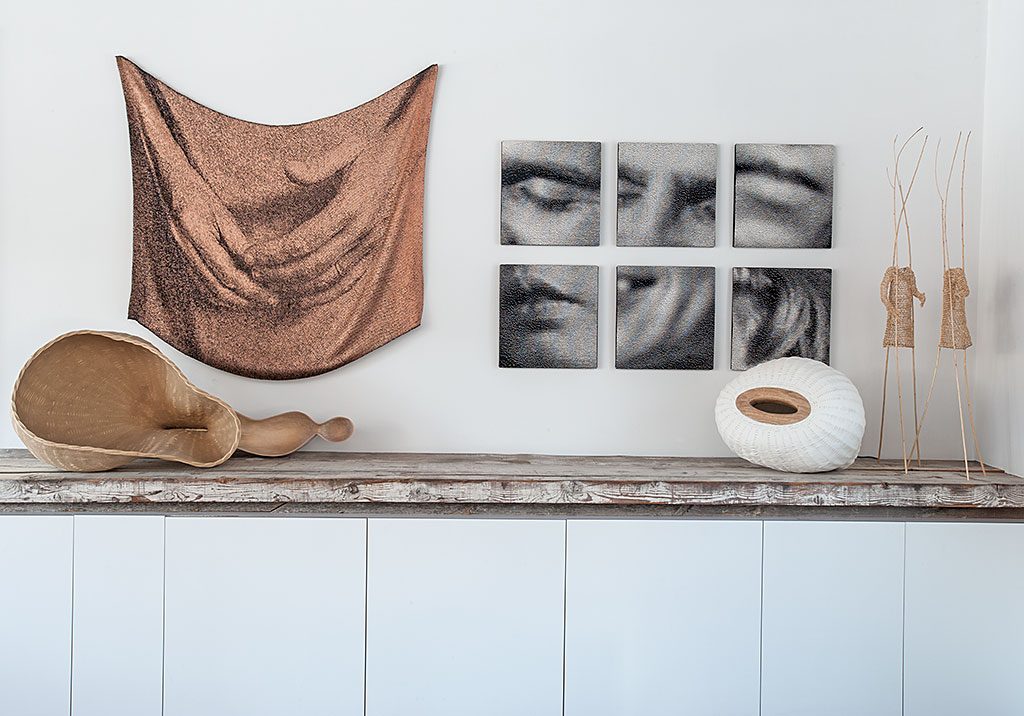