Accra, like many capitals, is complex and teeming with life and energy – which makes it so deliciously invigorating.

There’s an unhelpful description of Ghana’s capital as ‘easy Africa’; Aside from being a questionable description of both Accra, and the vibrant continent it nestles into the west of, it also downplays the sheer vibrancy of this buzzing city. In 1957, under the guidance of the revolutionary thinker and politician, Kwame Nkrumah, Ghana became the rst sub-Saharan country in Africa to free itself from colonial rule – so its little surprise Accra, as a city, has been rewriting the guidebook ever since. Extremes coexist here, with shimmering new real estate ourishing alongside pockets of ramshackle housing, as the predominantly Christian city lives peacefully alongside a sizeable Muslim population. Recent years have witnessed a surge of interest in Accra on the global stage, helped in part by the ambition and reach of its energetic arts and culture scenes, including the city’s annual Chale Wote art festival, as well as the opening of luxury hotels such as the Kempinski Gold Coast. Accran’s sure know how to party, and a soundtrack accompanies you from your arrival in customs till your last night dancing at Twist. It’s a sprawling city, so sporadic Ubers or haggled cabs are usually the best modes of transport – but don’t expect to get anywhere fast. The traffic crawls on the best of days – add in a funeral procession, and you might just nd you’re at a complete standstill; no matter though, with so much to see in every glimpse, you’ll be glad for the rest.

The architecture of any city wears the scars of its past and hopes for the future, so where better to start in Accra then its monuments to trauma and triumph? The 16th century Ussher Fort, Jamestown, was once the gathering place for slaves prior to the Middle Passage. Looming over the cliffs to the Gulf of Guinea, the fort is a haunting reminder of Accra’s painful histories. But walk the 20 minutes to Black Star Square – a public com- mission created by Kwame Nkrumah for the city in 1961 – and you’ll witness the triumphant site for the city’s Independence Day Parades. The breathtaking modernist esplanade, a considered contrast to the architecture of its coloniser, bears a striking testament to the city’s wealth of creative vision, as well as its strength and resilience. Business-women in particular are bringing an entrepreneurial vision to Accra’s design and retail scene; unique design shops, carefully curated to reflect the wants of each proprietor, may seduce you away from the spoils of Makola Market. Eyesta, a Ghanaian raised in Germany, returned home to open The Shop Accra. The easy- to-miss shop-front belies a large retail space and cafe (complete with juice bar and speciality teas), where you can purchase beautifully made textiles, accessories, bas- kets and kente inspired clothing, whilst chatting with local hipsters. Once you’re done spending cedis, you might need some serious sustenance, so be sure to pop to Tea Baa round the corner for lunch.

Visual art has long been integral to Accra’s culture, but a new wave of contemporary artists here, are beginning to yield a truly global in uence. For an insight, Gallery 1957, (located within the Kempinski Hotel and the next door Galleria Mall), is an obvious place to start. Named by Artsy as one of 15 galleries ‘Putting New Cities on the Art World’s Map’, the space grew from the private collection of entrepreneur Marwan Zakhem, and re- cently celebrated the opening of a second space (and its second anniversary). Away from the commercial side, the East Lagon district hosts the Nubuke Foudation, a sanctuary for art boasting revolving exhibitions and ed- ucation initiatives throughout the year. Lastly, if you can make a trip to see the craftwork behind Ghana’s best loved“fantasy co ns’ at the legendary Paa Joe’s Teshie studio-space, you’ll see how the Accran’s spirit for cel- ebration continues way into the afterlife. 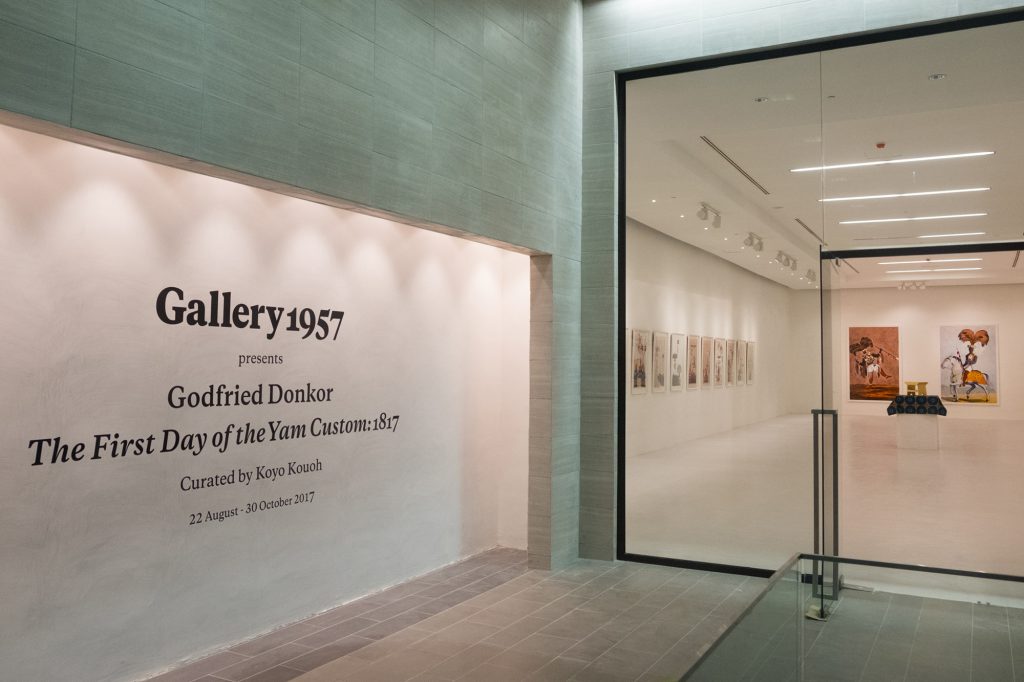 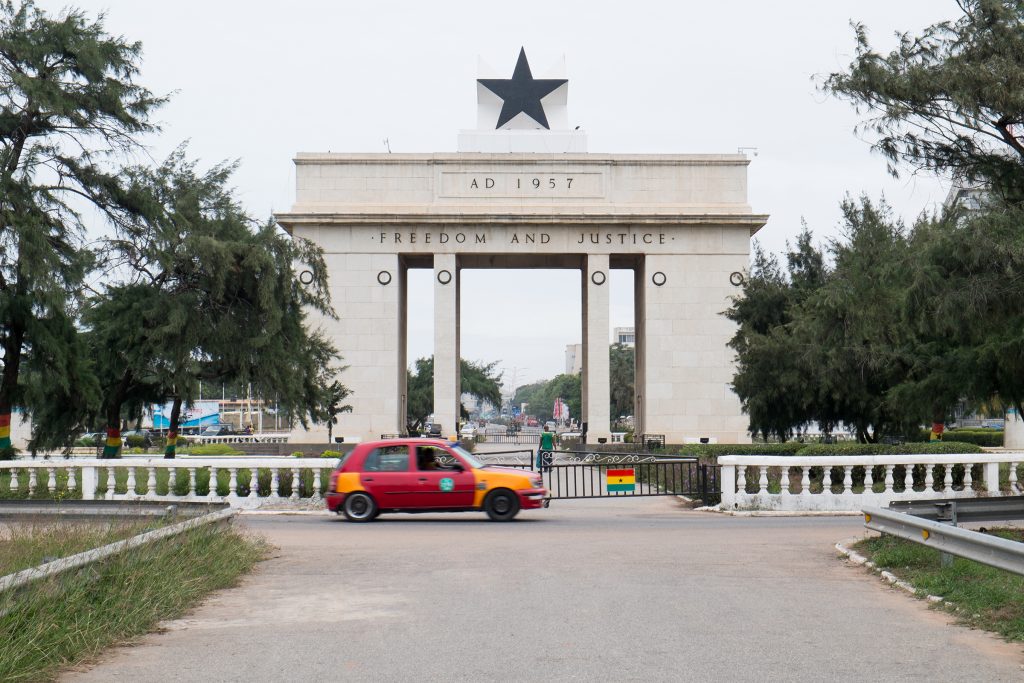 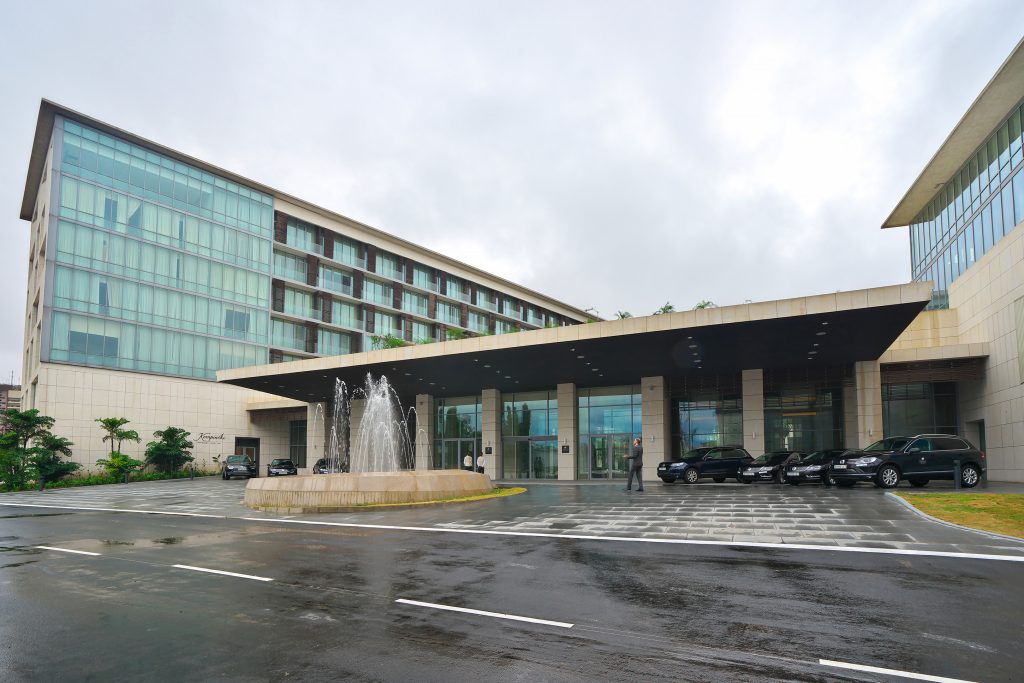 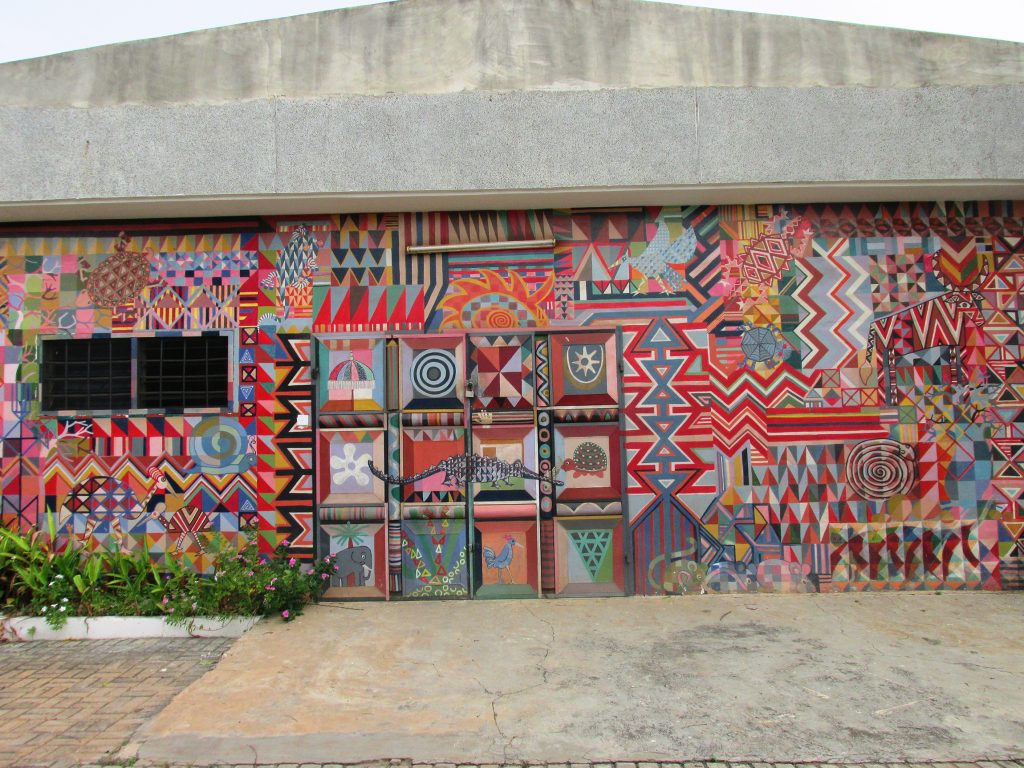 Nubuke Foundation - Mural at the entrance designed by Bernard Akoi-Jackson, 2008-2009 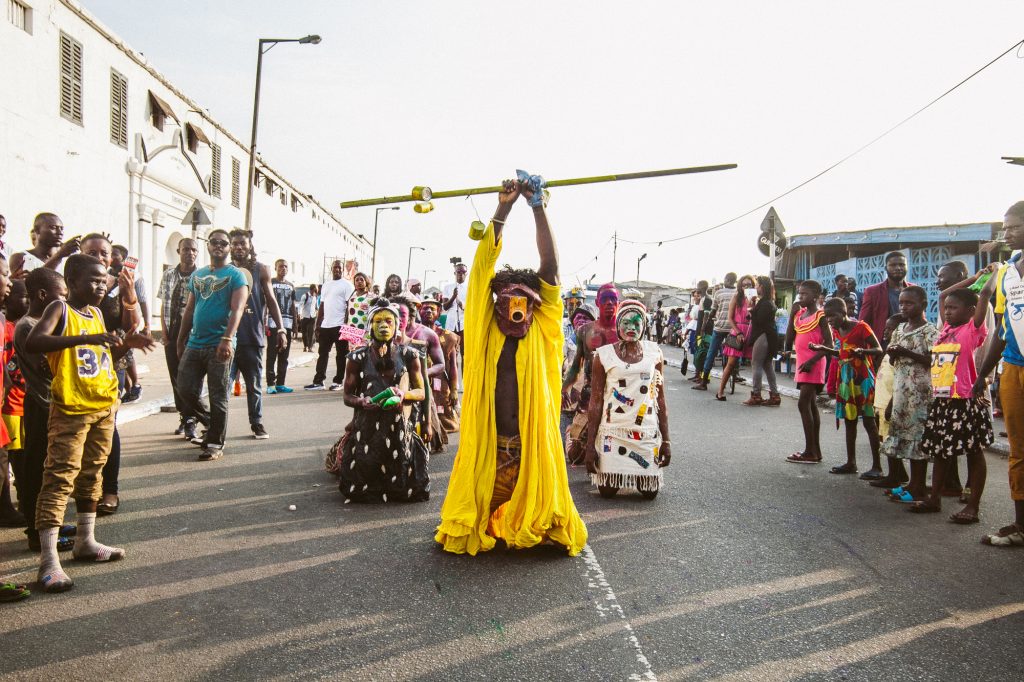 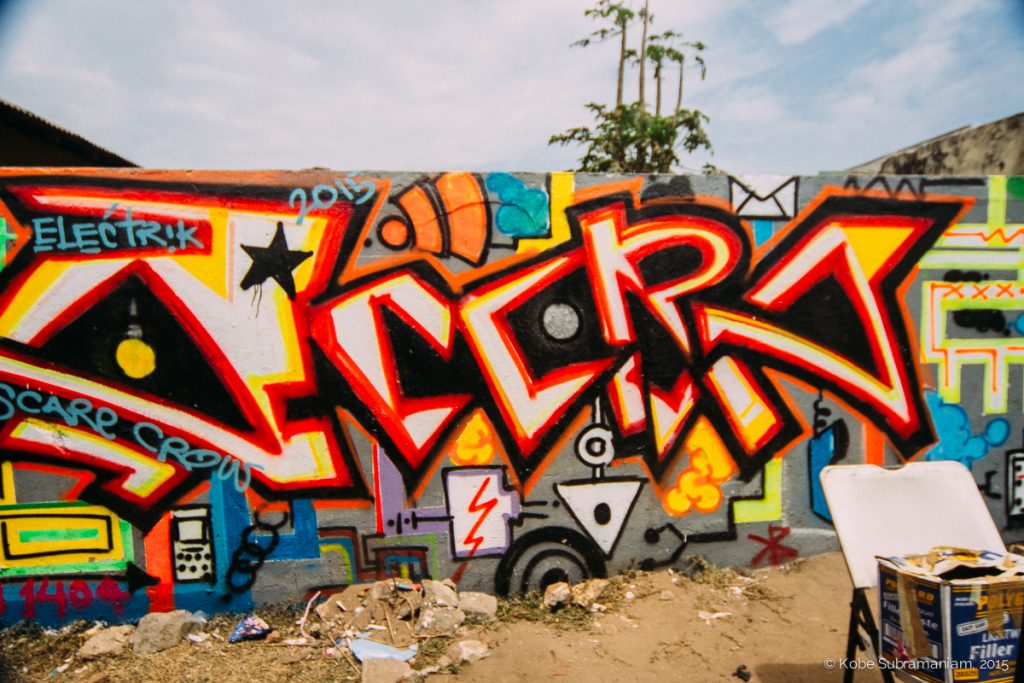 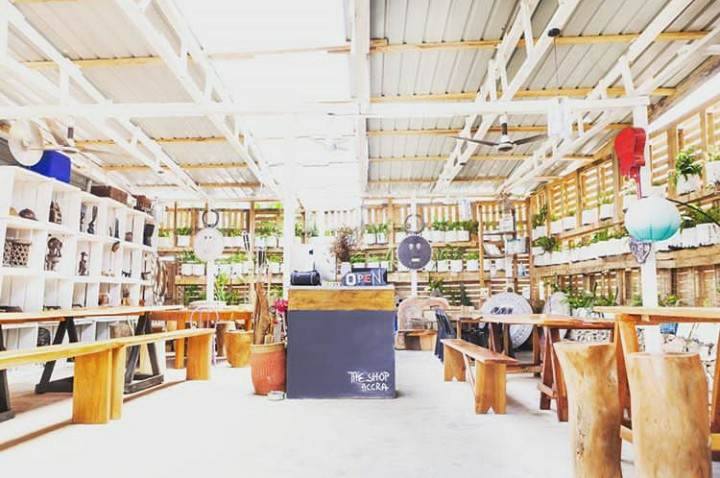 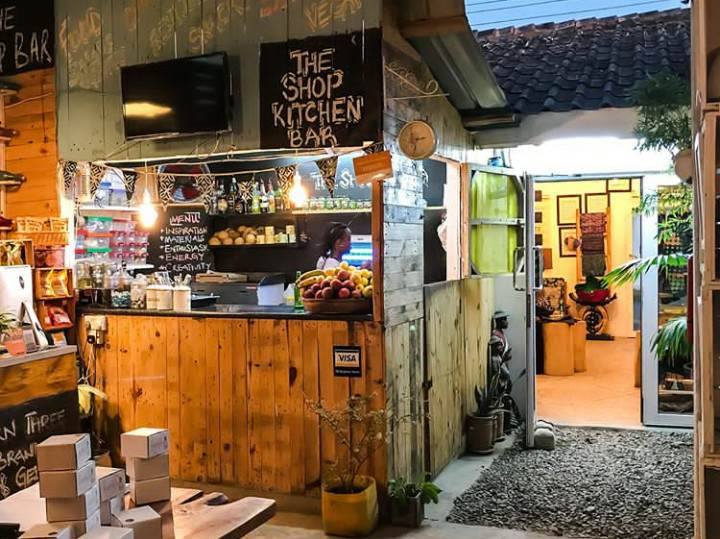 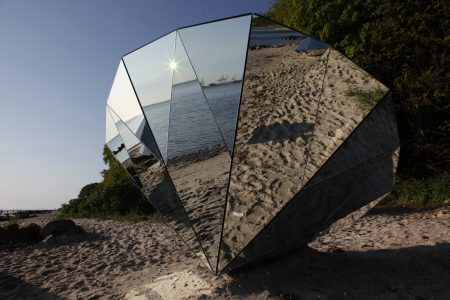 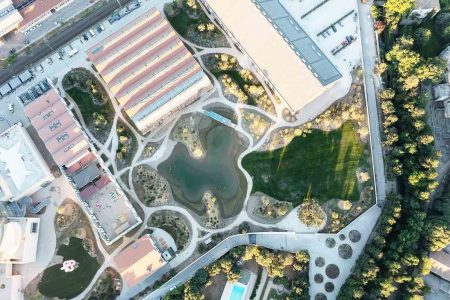 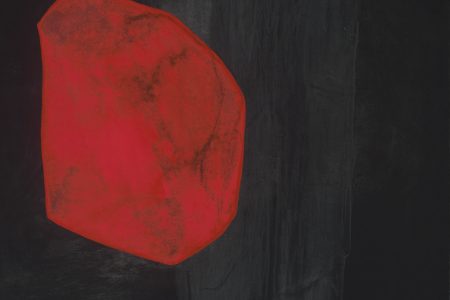 Éva Garcia – Can the Light Render

On January 20th, Spazio Nobile Gallery opens an solo show by Éva Garcia titled, “Can this light…? Garcia’s moody, almost ethereal gouaches, engravings and paintings hover between figuration and abstraction, seemingly emerging from their surface as if moving through space. The exhibition is on view through March 27, 2022.