Benoît Maire talks to TLmag about his major solo exhibition, Thèbes, currently on show at the CAPC, Bordeaux, and the thinking and process behind his work

The Museum of Contemporary Art Bordeaux (CAPC), is hosting a major solo show of French artist Benoît Maire entitled Thèbes. The exhibition, curated by Alice Motard, brings together over 80 pieces in three new series entitled Cloud Paintings, War Newspapers and Castles, which include paintings, sculptures, films, furniture and everyday objects. The works, in typical Maire style, straddle the boundaries between art and philosophy as he explores the concept of differend–a French word which describes two people opposed by a conflict that cannot be resolved as there is no language to express the problem between them.

Thèbes is accompanied by the first signature monograph of Maire, designed by the London-based studio Åbäke. It covers nearly 15 years of  Maire’s multi-media works and thinking with contributions by other artists, designers and philosophers.

Benoît Maire chats with TLmag about his practice and the exhibition:

TLmag: You work across many disciplines–philosophy, art making and writing–do they all inform each other?

Benoît Maire: Yes, I think so, but it’s difficult to know how this plays out. I guess some ideas can be “translated” into different mediums. When I’m writing a film or a text I deal with similar ideas. But, in a film, it will be more allegorical and less didactic. I mean, in a film an idea can be there, but it does not need to be explained as it would need to be in a philosophical text.

Can you explain your process of working on a project?

I work a lot with “life experiences”, I really use what happens in life. Things people say give me ideas. I read books also, I’m reading Italo Calvino at this very moment. I look at art. It gives me desire. The desire to answer in the same medium to other painters (whether they are dead, or they are my “colleagues”).

What are some recurring questions that you find yourself asking when working?

There was the idea of the repetition in 2008. Then I was working on tables in 2010. Measuring tools happened in 2012 (although, I call weapons, as they destroy our relationship to nature while we are constantly measuring it). Then I got onto the idea of waste in 2014, then causality and origin, more recently.

With almost 80 works in the exhibition, was it difficult to weave a narrative between them or do they sit on their own?

The linking narrative is the question of the origin of all the elements humankind creates or is surrounded by. I wanted to question mankind’s relationship to objects. This created the narrative of the project and, as like in an old tragic play, there is also the creation of a particular space-time.

Space is defined in my show by Cloud Paintings. This is a special place and space. The relation to time is defined by the war news-papers that are hung very low in the show as if the written-history is addressing kids.

The CAPC exhibition blurb states that your exhibition “aims to tackle the ambient sense of disquiet and danger menacing a society weighed down by perpetual self-questioning”. Can you expand on this? Why are these themes important at this current moment in time?

I wanted to question our relation to “war “ but with a distance. I don’t like to refer too directly to our society by using shocking images or sentences taken from here and there. I like to question the substance of how we live but from another angle. Also, I guess some of the trouble we actually face derives from the world resolution conflict of 1945, amongst other things.

I find the War Newspapers series really fascinating, it seems to me that you become a commentator of the past in a very subtle but pointed way by displaying newspapers from WWII and then circling one word on each them, creating a new story. How did you choose which word to circle? What inspired this piece?

This project questions our relationship to society. I used old newspapers, but I didn’t just take them on the wall as ready-made documents. I insisted on reading each of them to penetrate another way of expressing history (the language of them is a bit different to language now). I found that there was a continuity between problems that humanity lived with 80 years ago and the problems of today. So, to emphasize this idea of “reading”, I circled just one word that describes a general concept I found in that particular paper which I also find particularly relevant for today.

What was the process of making the monograph of the past 15 years of your work like?

I worked with Alice Motard and Romaric Favre to make decisions about it. I wanted something classical, so we decided that it would be two essays and an interview, then images. I also decided to ask the author Magali Nachtergael to rework a beautiful text she had previously published in a magazine. I invited Mieke Bal, a Dutch cultural theorist whose work I admire a lot, to write about my paintings. Rahma Kazam is an art historian and critic who is really into contemporary philosophy so I decided to do the interview with her.

I also asked Vincent Honoré, a curator with whom I work a lot, to organize a visual essay. He gave a shape and a path, to my 15 years of work…

Thèbes will be on display at CAPC until September 2. It will then travel to Bristol to be shown at Spike Island from October 5 to December 16. 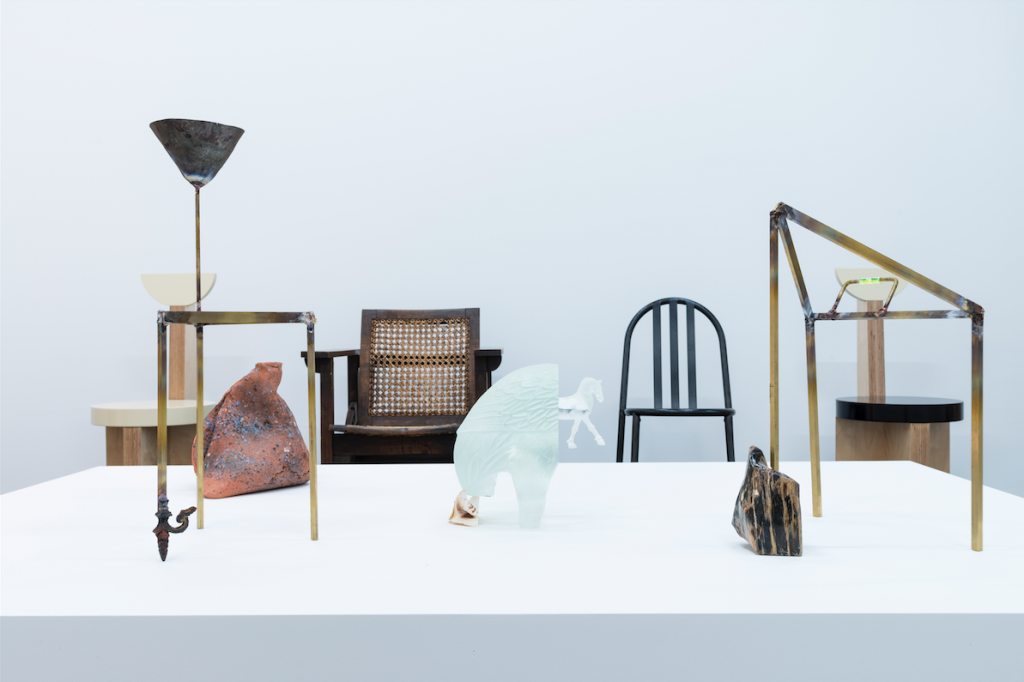 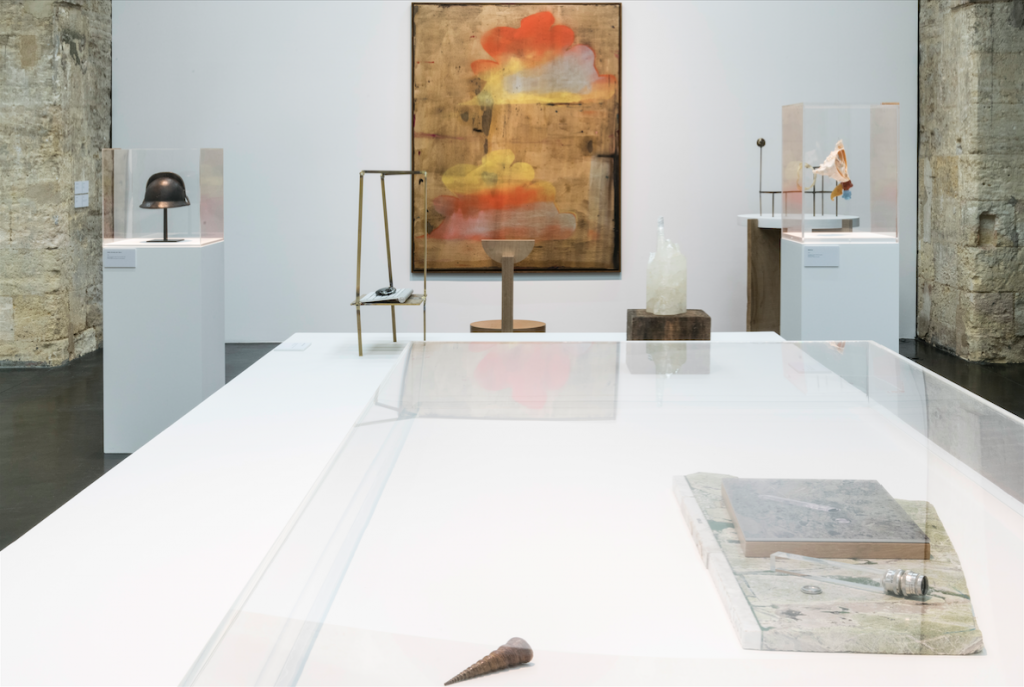 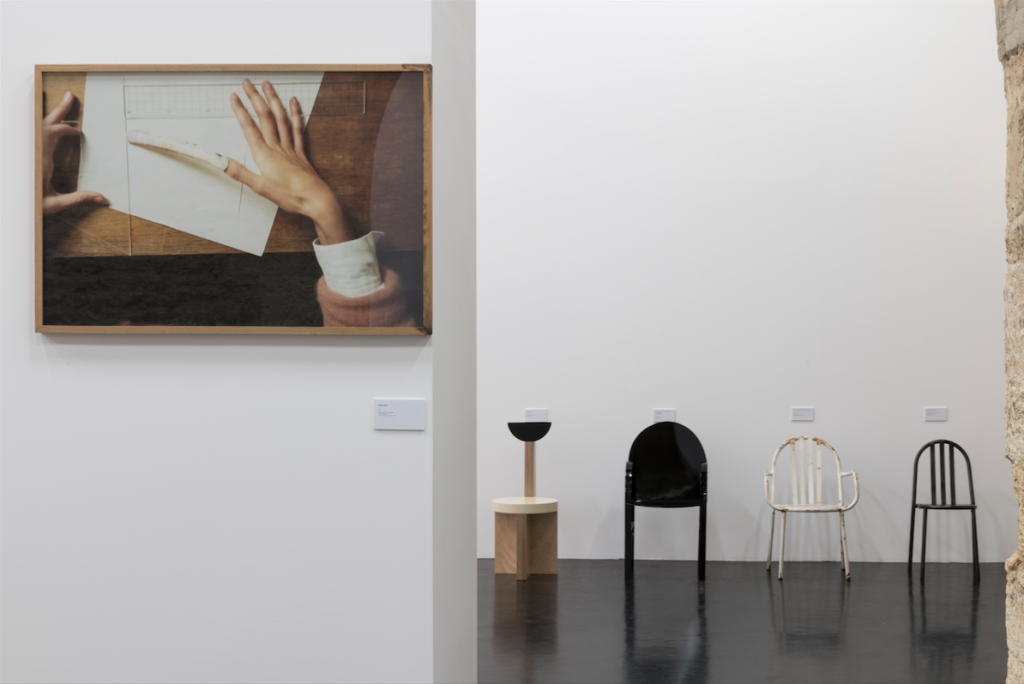 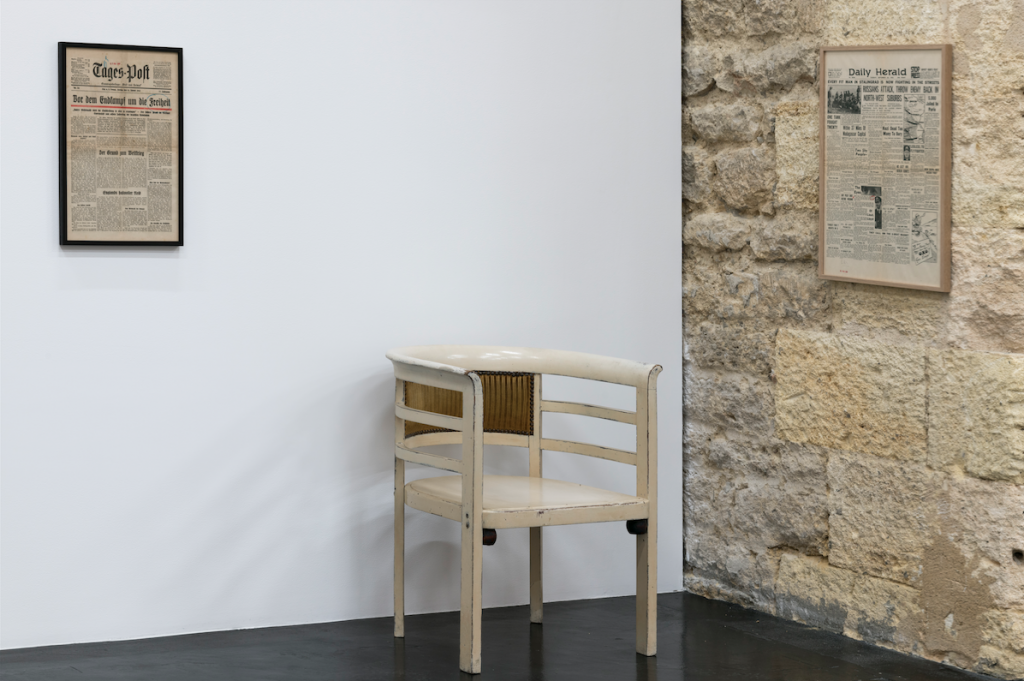 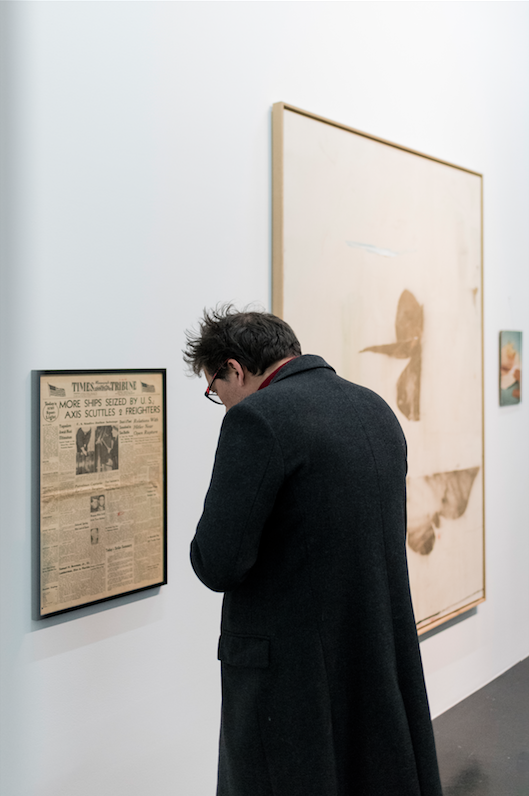